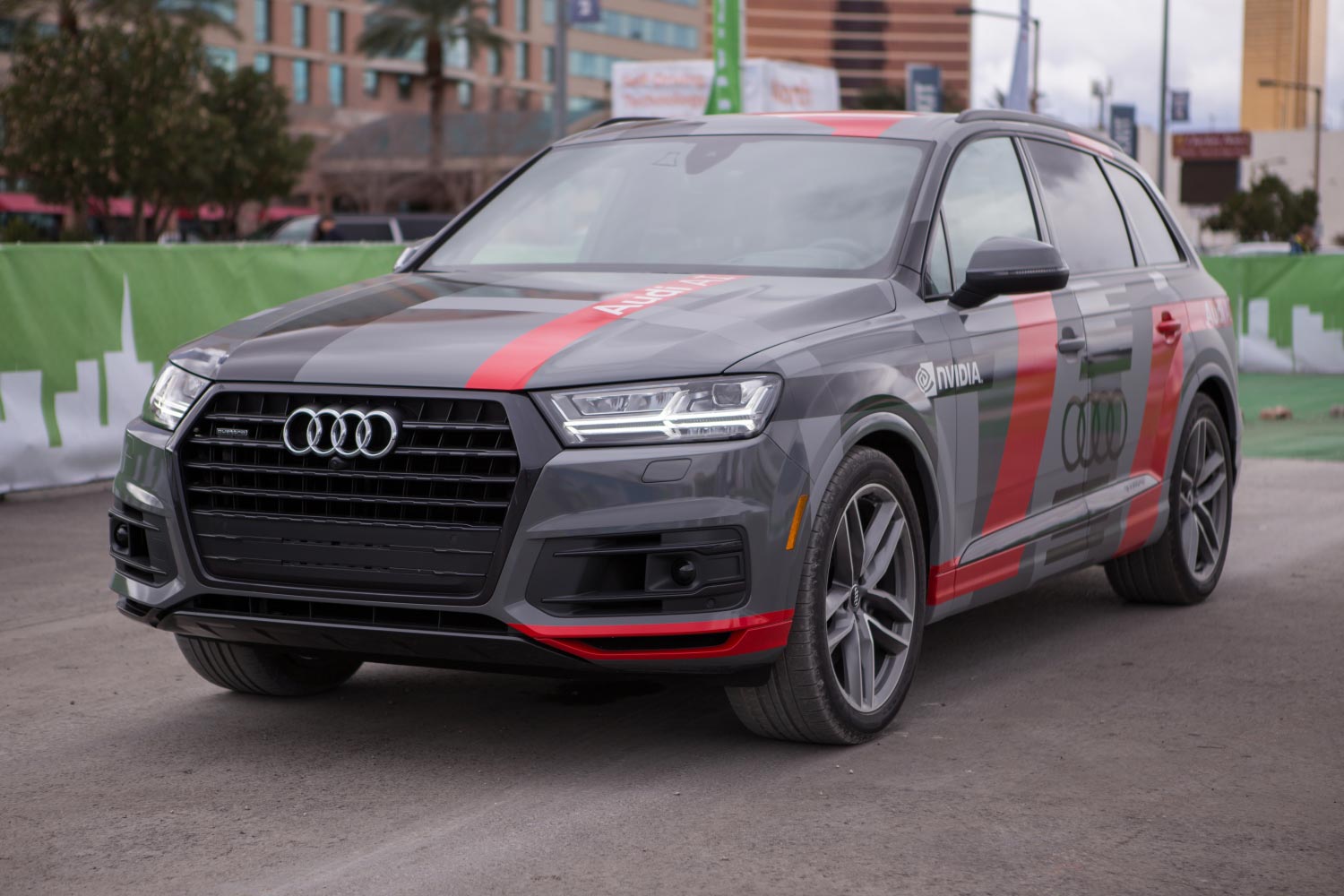 Audi is working on self-driving technology which it calls piloted driving, in partnership with NVIDIA. The company demonstrated this Artificial intelligence (AI) technology with its Q7 deep learning concept at CES 2017. The car orients itself by means of a front camera with 2 megapixel resolution, and the camera communicates with an NVIDIA Drive PX 2 processing unit, which in turn controls the steering with high precision. zFAS is Audi’s self-driving technology mother board, developed with NVIDIA. Audi says, these technical solutions will enable the customer to enjoy piloted driving in traffic jam situations as well as piloted parking. Serving as the core of the software are deep neural networks that experts from Audi and NVIDIA have trained specifically for autonomous driving and recognition of dynamic traffic control signals. Beginning with a human driver at the wheel, the Audi Q7 deep learning concept gained a limited familiarity with the route and the surroundings, by means of observation and with the help of additional training cameras. That established a correlation between the driver’s reactions and the occurrences detected by the cameras. So during the subsequent demonstration drives the car is able to understand instructions, like from a temporary traffic signal, interpret them right away and act as the situation requires. When a corresponding signal appears, the concept car immediately changes the driving strategy and selects either the short route or the long one. According to Audi, the design of the system is so robust that it can even cope with disturbance variables such as changing weather and light conditions. It masters its tasks day and night, and even in direct sunlight or harsh artificial light.

The learning methods used for the Audi Q7 deep learning concept are essentially very much like those of deep reinforcement learning. This method was the underlying principle behind the Audi presence at the Conference and Workshop on Neural Information Processing Systems (NIPS), an AI event held in Barcelona in December. There, the neural networks – which are similar to the human brain – were also trained for a particular application. While the 1:8 scale model car at NIPS learned how to park through trial and error, during the training runs the network of the Audi Q7 deep learning concept receives concrete data it finds relevant – in other words, it learns from the driver.