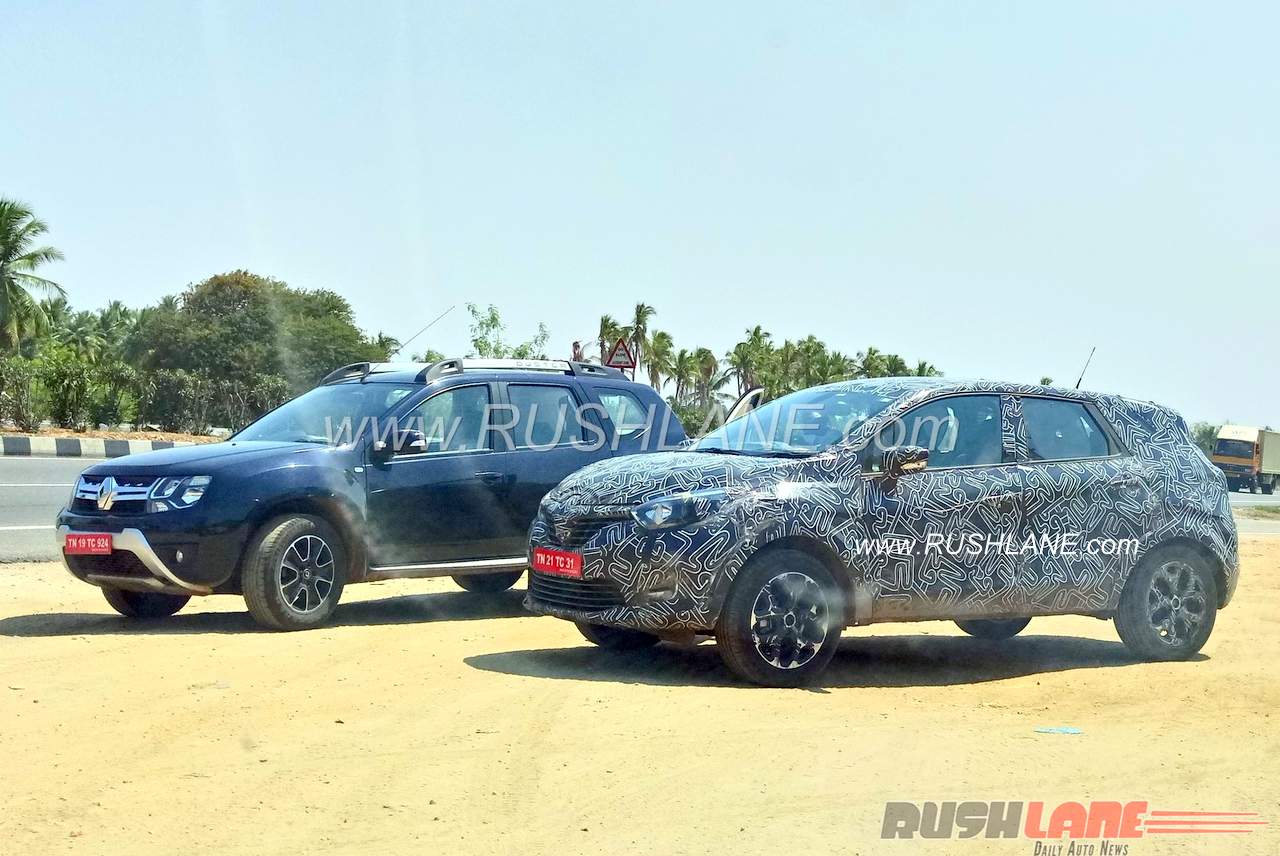 Renault Kaptur which is expected to go on sale in India by 3rd quarter (sometime in October – December), has been spotted testing somewhere in Chennai alongside the Duster.

Like I mentioned in my previous article, there are two versions of this SUV, the smaller version for the European markets is called Captur, while the larger version is called Kaptur for Russia. The latter is based on the Duster platform, which explains the picture. Brazil too gets a larger ‘Captur’.

For the Indian market, the SUV will most likely borrow the 1.6 K4M and 1.5 dCi engines from Duster, with a higher state of tune. Expect an AWD version too.