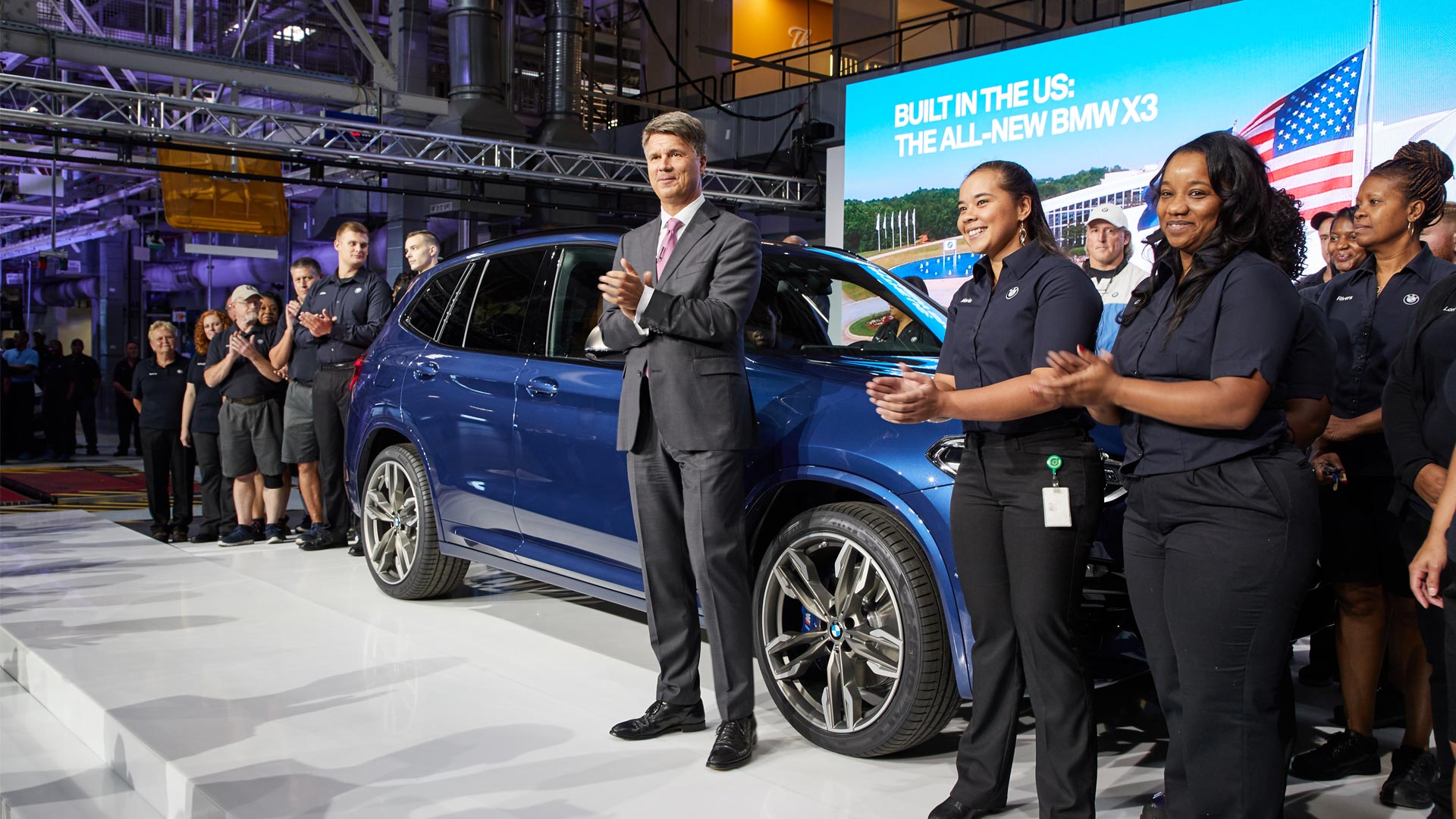 The new BMW X3 rolled off the production line in Spartanburg, marking the 25th anniversary of the plant. On this occasion, BMW announced that it’ll further invest $600 Million from 2018 to 2021 for expansion of the plant, which will add 1,000 more jobs by 2021.

The new investment will be for the future generations of the BMW X models. At present, the plant is getting ready for production of the new X7, which is slated for the market launch in late 2018. The Spartanburg plant currently employs over 9,000 people and produces BMW X models for the US and global markets. With a record production of more than 411,000 units in 2016, Spartanburg is the largest BMW Group plant worldwide. Around 1,400 X3, X4, X5, and X6 vehicles come off the assembly line every working day. The maximum production capacity is 450,000 vehicles per year.

Around 70% of the vehicles produced in Spartanburg are exported to more than 140 countries worldwide. According to the US Department of Commerce, BMW is the largest vehicle exporter from the US in terms of monetary value. In 2016, 287,700 BMW vehicles with a total value of more than 10 billion US dollars were exported from Spartanburg – 86% were shipped from the Port of Charleston, with the remaining 14% dispatched from five other ports in the Southeastern United States.

“By 2021, we will create further 1,000 jobs,” said Chairman Harald Krüger. “Training and qualifying our associates is key to our future success.” Training at the plant is based on the German dual apprenticeship training system that combines classroom learning with practical experience. In the past 10 years, BMW has invested more than 220 million US dollars in vocational and continued training at its Spartanburg facility, with another 200 million US dollars planned over the next 5 years. The training programs are run in cooperation with local colleges. The “BMW Scholars” apprenticeship program launched in 2011 is currently preparing around 100 apprentices for their careers within the plant.

According to an independent study of the University of South Carolina (Moore School of Business), the nationwide economic impact of BMW Group Plant Spartanburg is 38.5 billion US dollars annually, added the official statement.