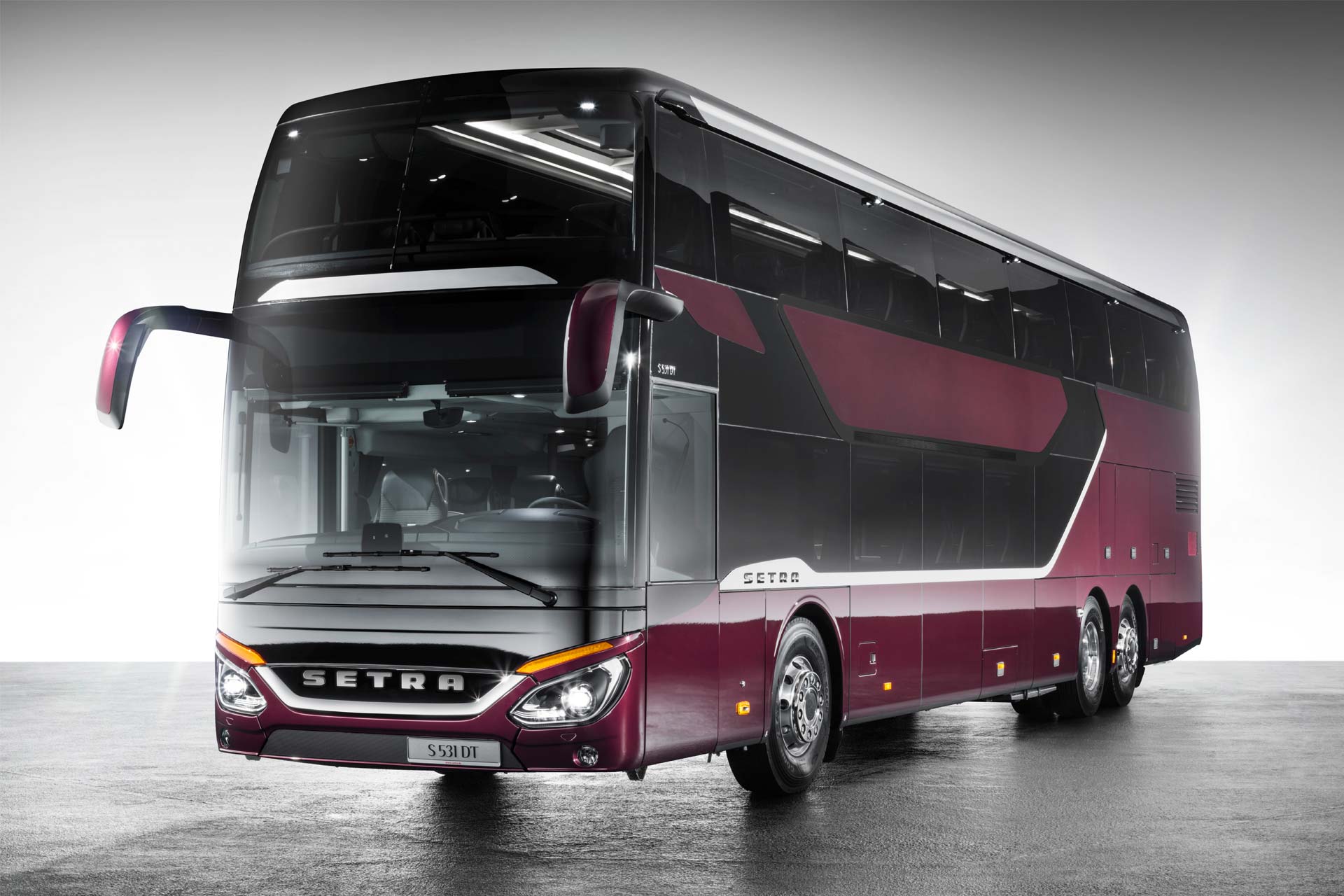 Daimler’s bus brand Setra has unveiled a new double-decker bus called S 531 DT, with improved aerodynamics, fuel efficiency and safety. The new S 531 DT belongs to the 500 model series, and has space for over 80 passengers.

The improved aerodynamics has resulted in a drag coefficient of 0.35 Cd, and 10% less fuel consumption than its predecessor. The bus gets LED headlamps and LED lighting all around.

The modern cabin gets generous legroom for the passengers, and has LED lighting throughout the cabin. The stairs connecting the lower and upper deck catch the eye in particular. Glazed on the outside, they feature paneling consisting of translucent acrylic plastic on the inside. There’s an optional fragrance dispensing system, which automatically dispenses a discreet scent when the ignition is turned on and door one is opened. 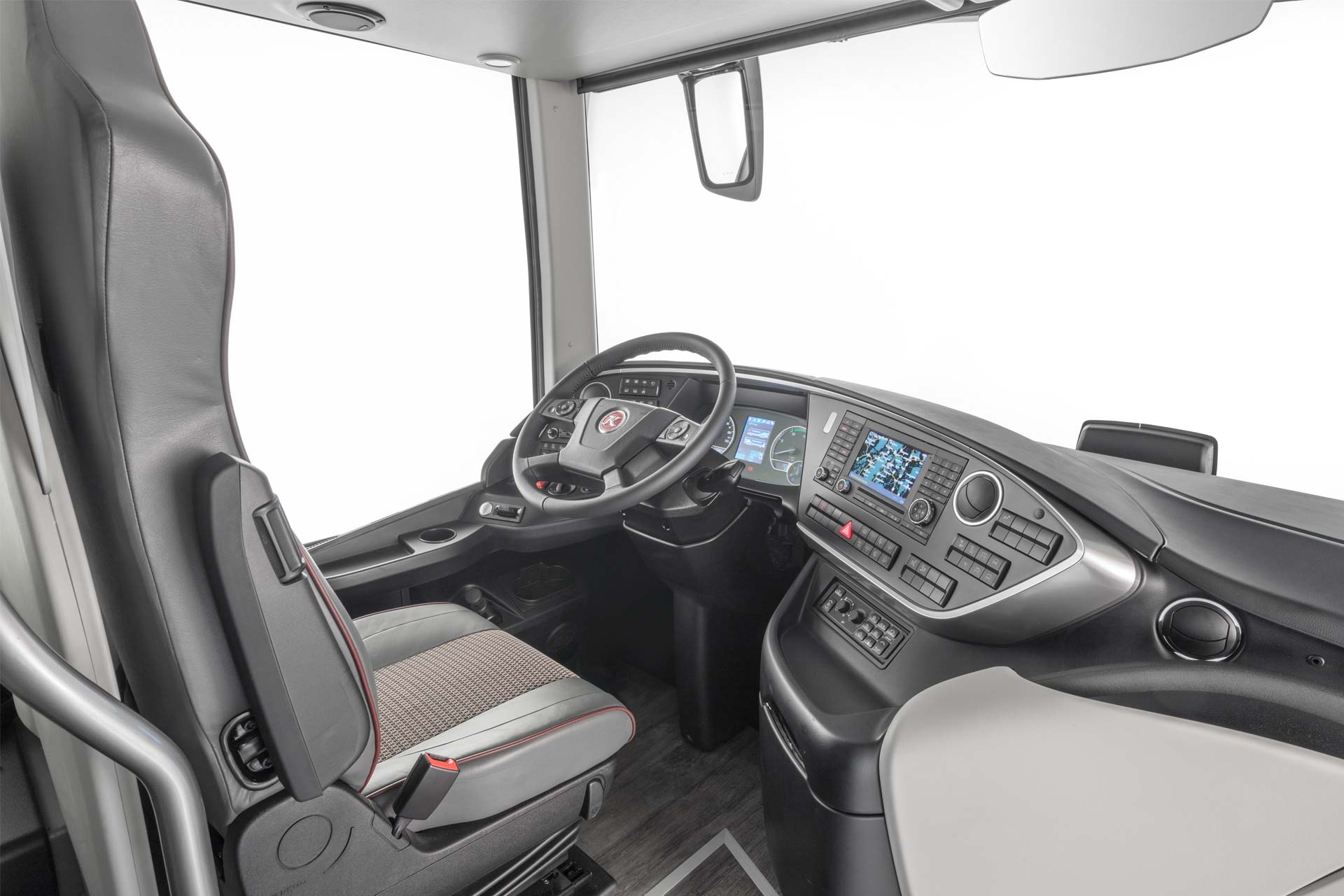 Safety kit includes emergency braking system Active Brake Assist 4 (ABA 4), and pedestrian detection with automatic braking. A technology called Sideguard Assist premieres for the first time in a bus, it employs radar sensors to monitor the lane to the right of the bus along the vehicle’s entire length. When turning off and cornering, it warns the driver of pedestrians, cyclists and stationary obstacles in the turning path. Outside of built-up areas, it additionally serves as a lane-changing assistant. 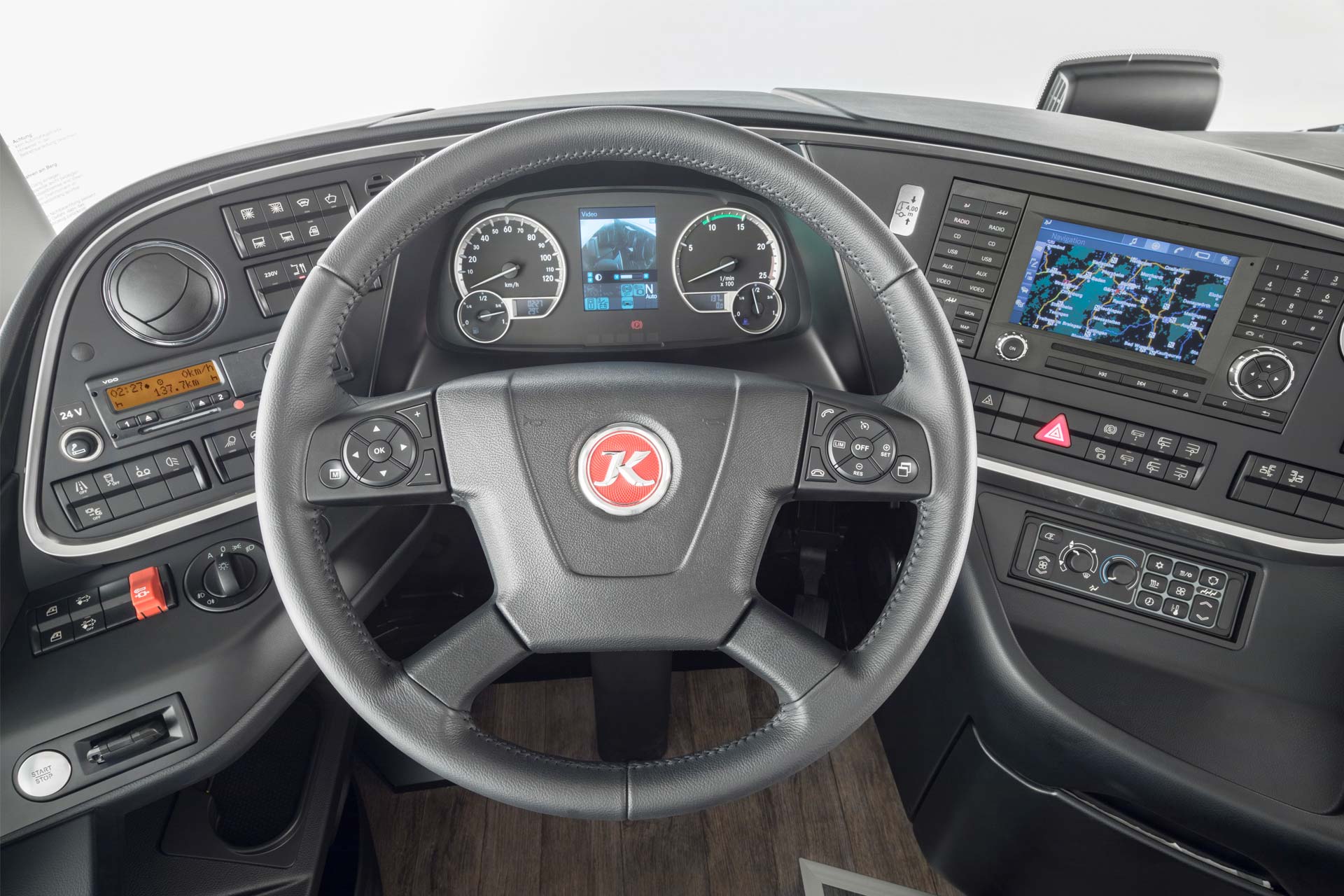 Setra has sold over 2,300 double-decker units since 2003. “The Setra double-decker is the biggest and most comfortable touring coach from Daimler Buses and the clear market leader in its segment. No other coach is as fuel-efficient, flexible and safe as the new two-decker premium touring coach from our EvoBus plant in Neu-Ulm. It demonstrates yet again the technological expertise and ingenuity that make Daimler Buses such a success worldwide. I am certain that our new double-decker will build directly on the success of its predecessor,” said Hartmut Schick, Head of Daimler Buses. 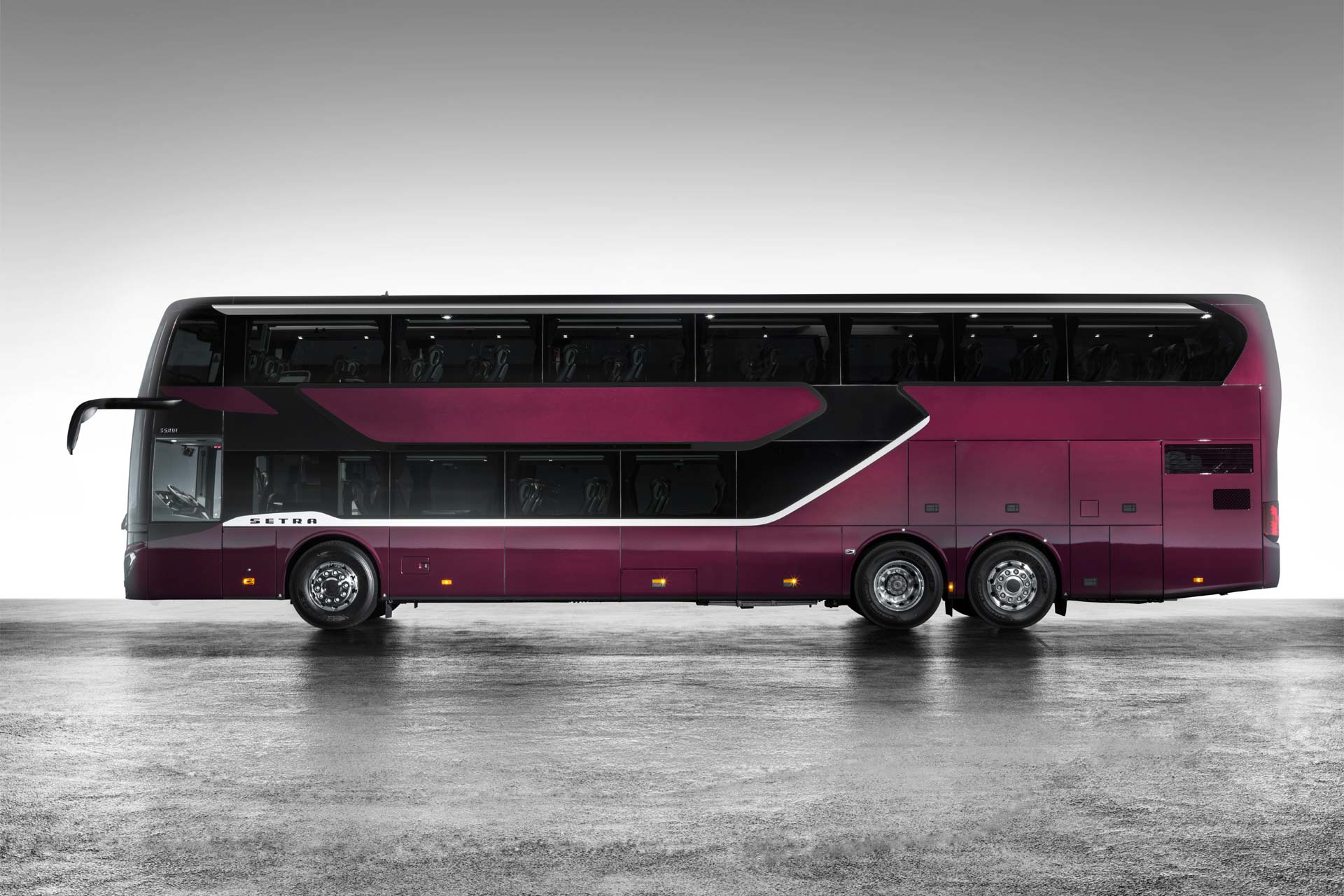 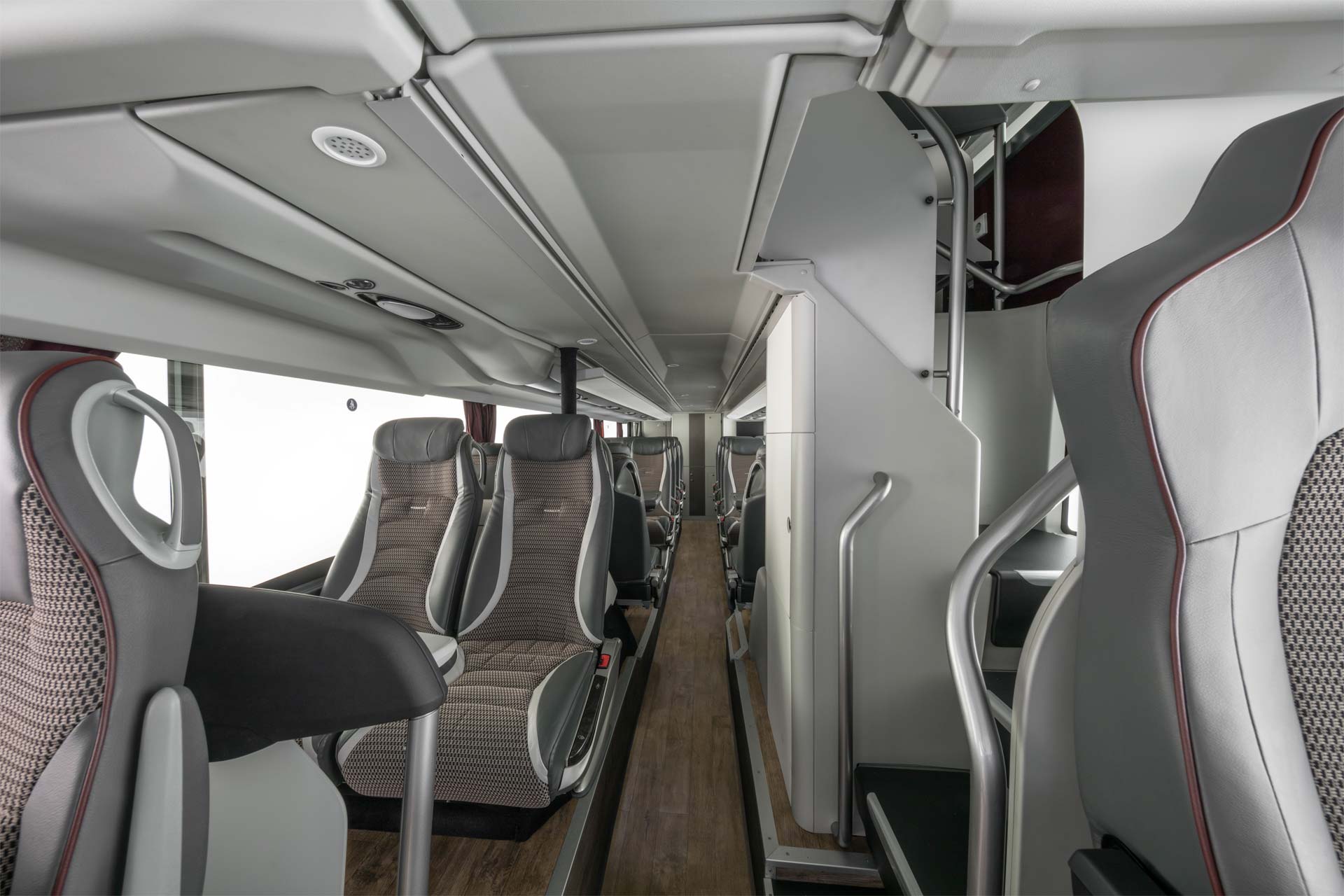 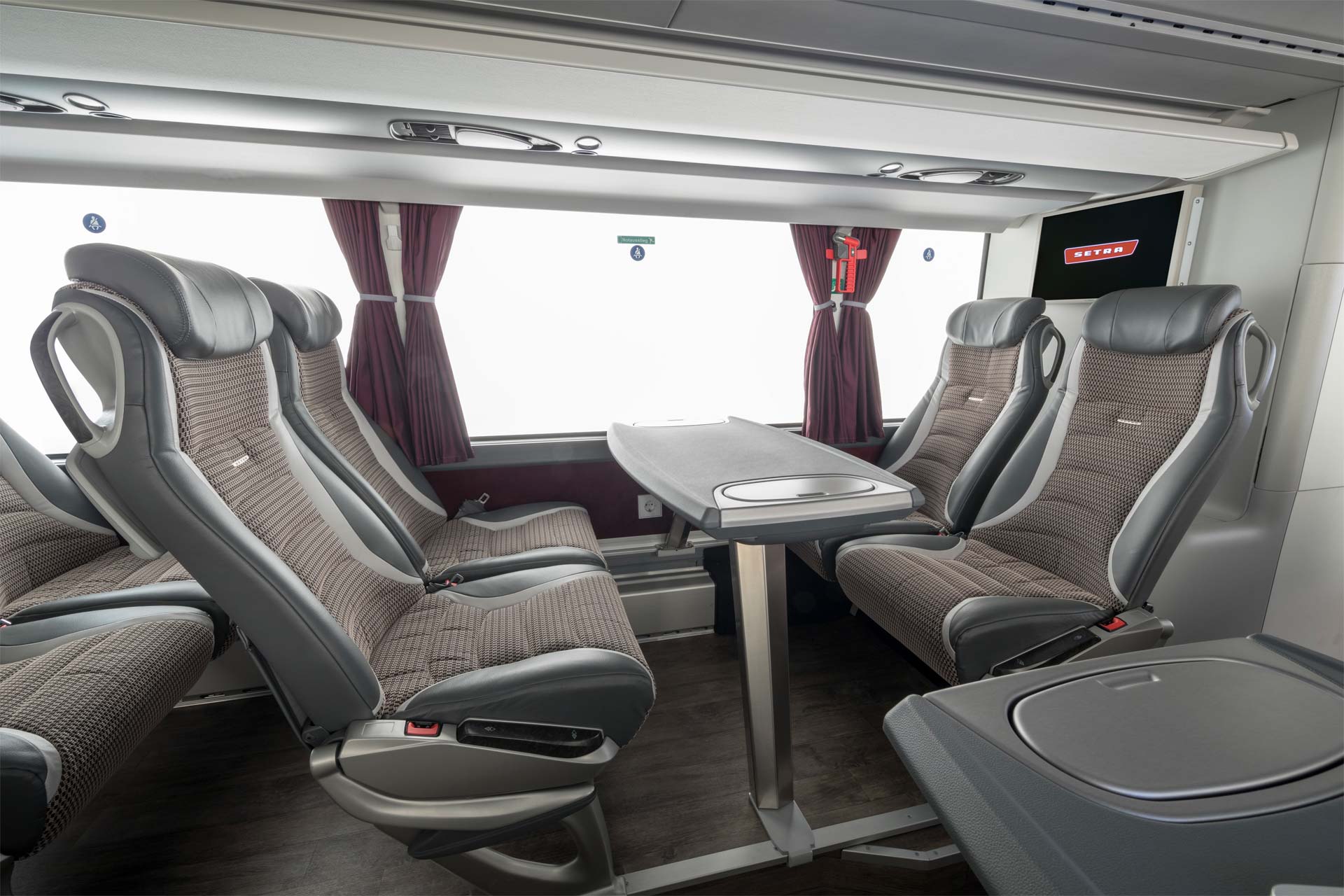 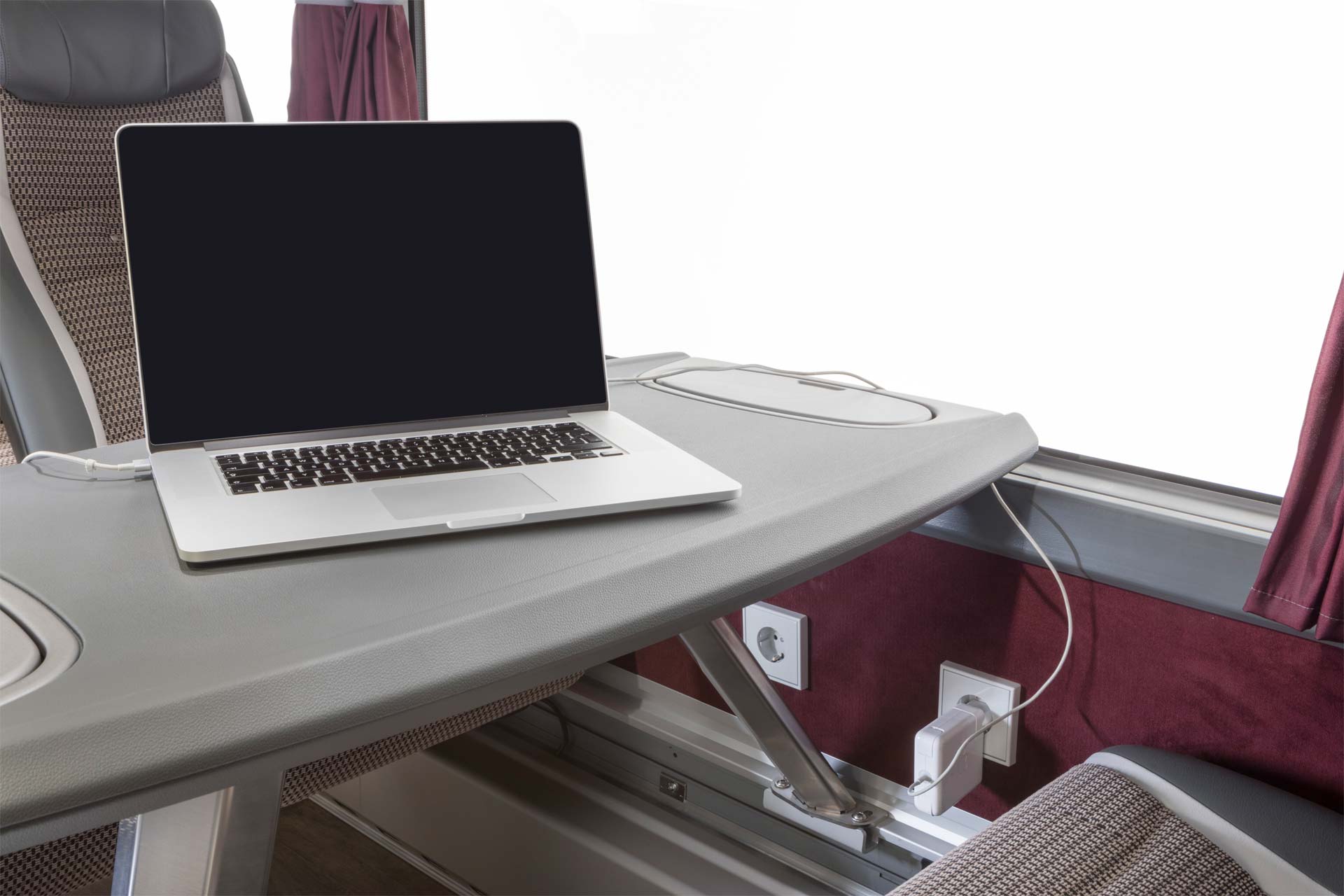 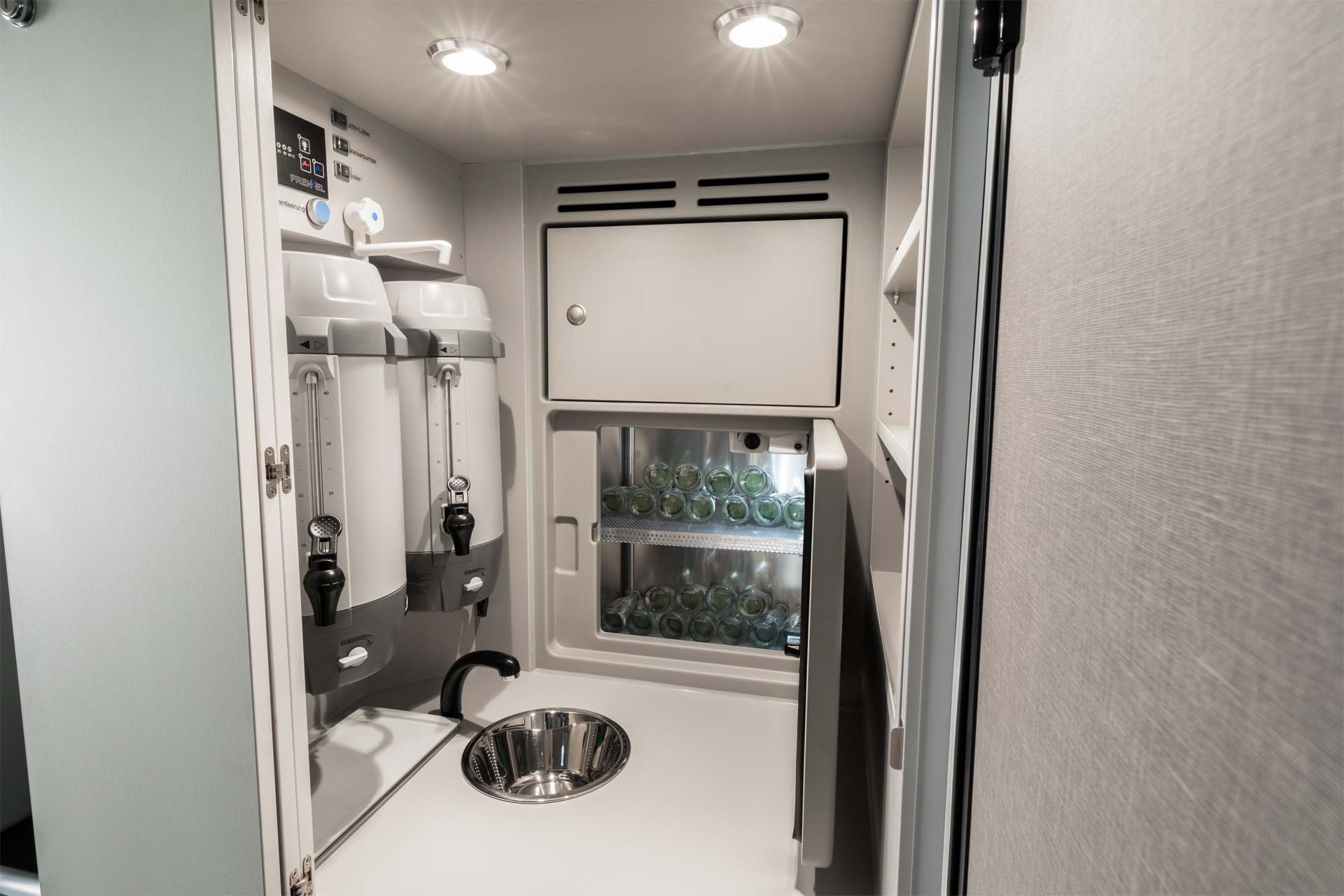 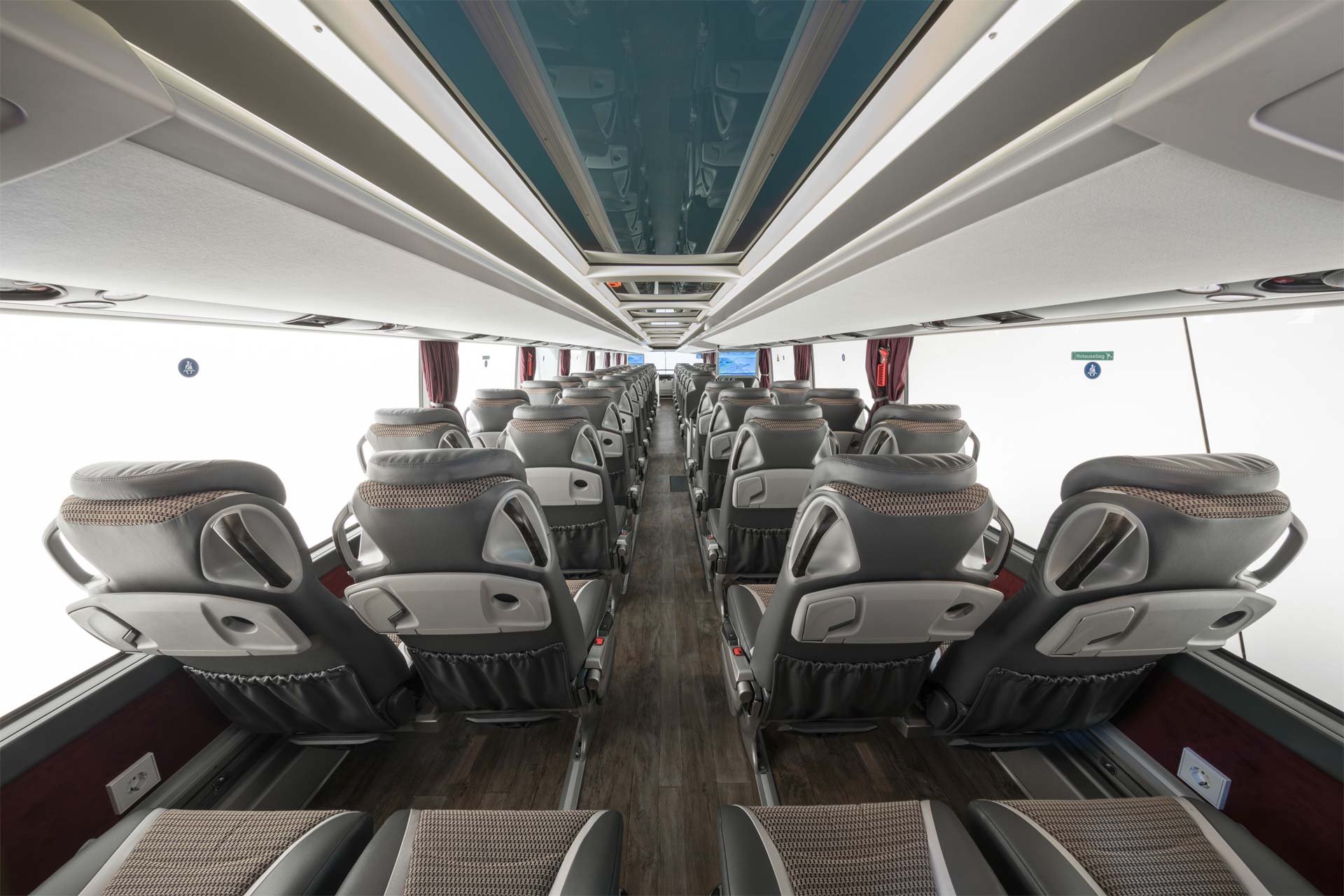 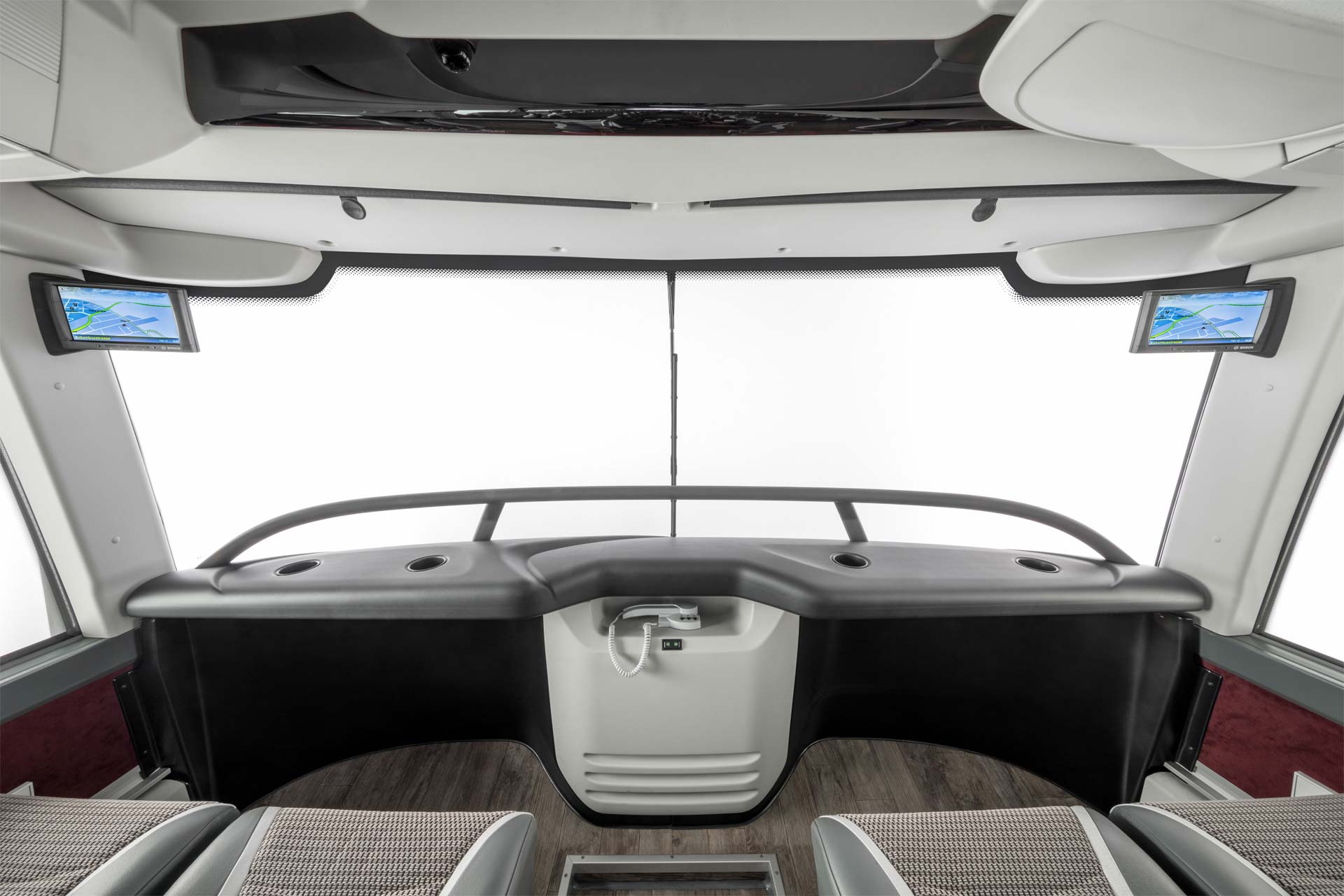 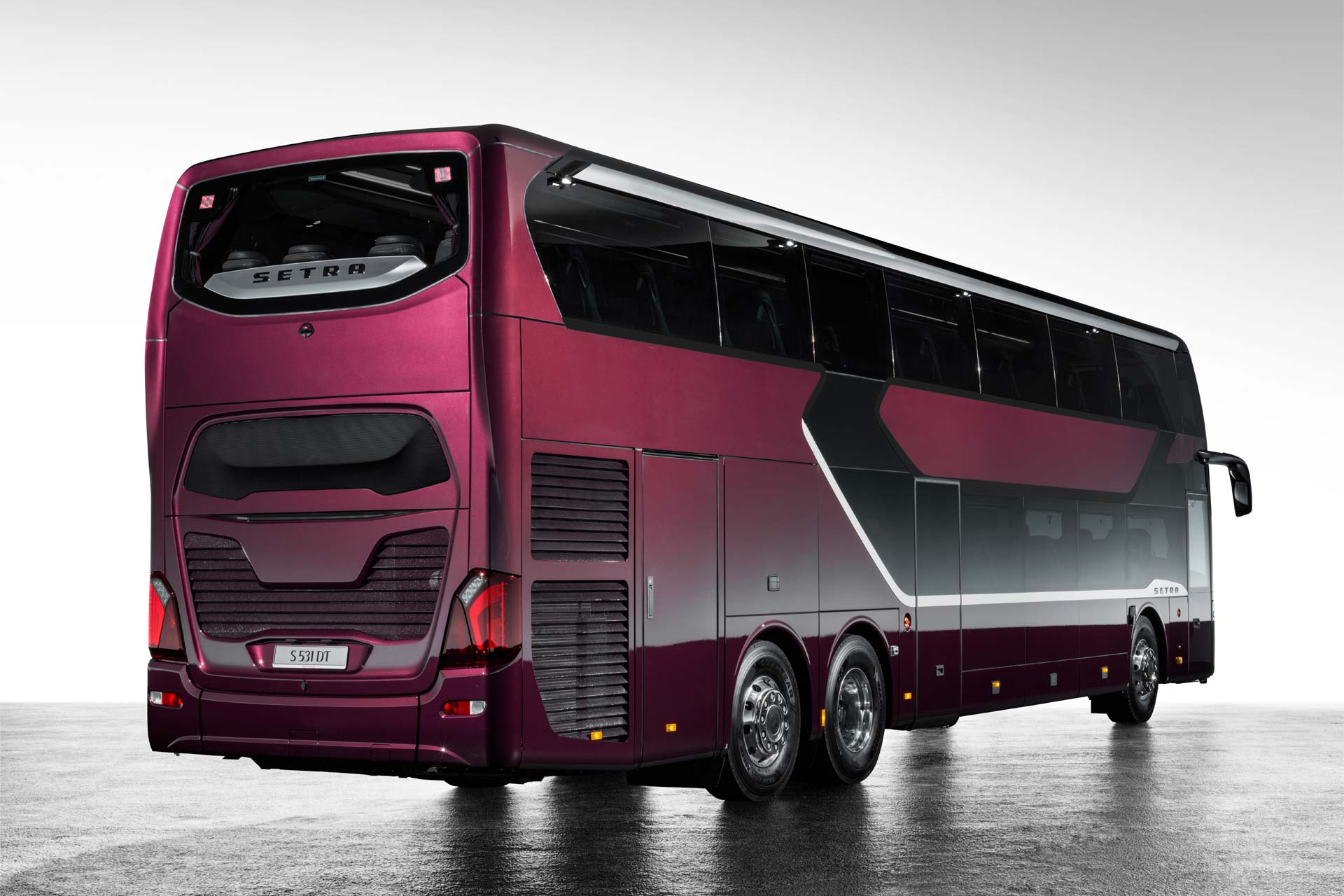