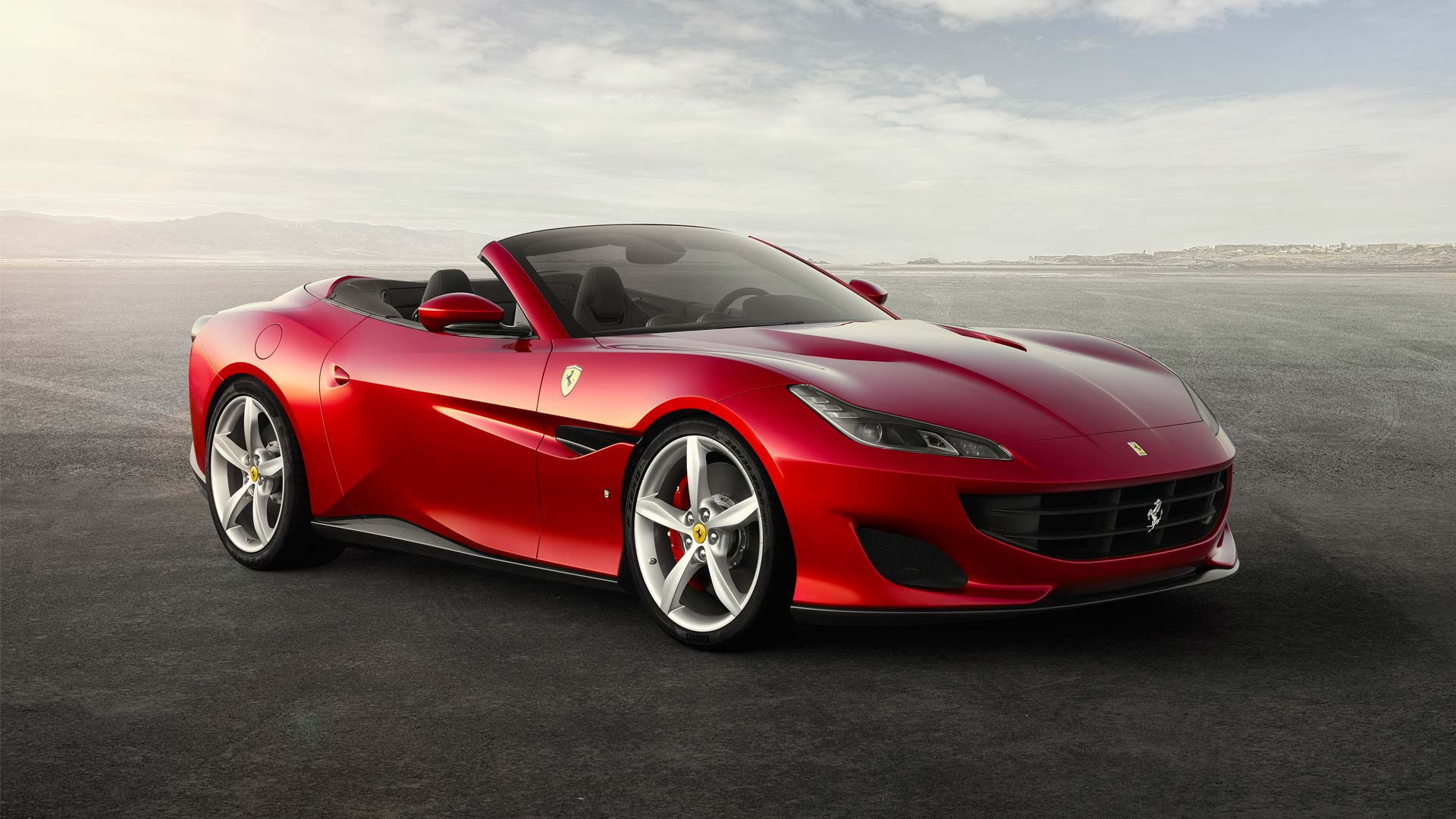 The California T is not exactly old but Ferrari has decided to replace it anyway. Named after Italy’s one of the picturesque towns renowned for its tourist port, the Portofino will succeed the California T and will make its debut at the Frankfurt International Motor Show in September.

Even the launch colour Rosso Portofino has been dedicated to the town.

Ferrari says that the Portofino’s all-new chassis features significant weight saving over the California T it replaces. All the chassis and body-in-white components have been redesigned with a consequent reduction in weight despite an increase in torsional rigidity. 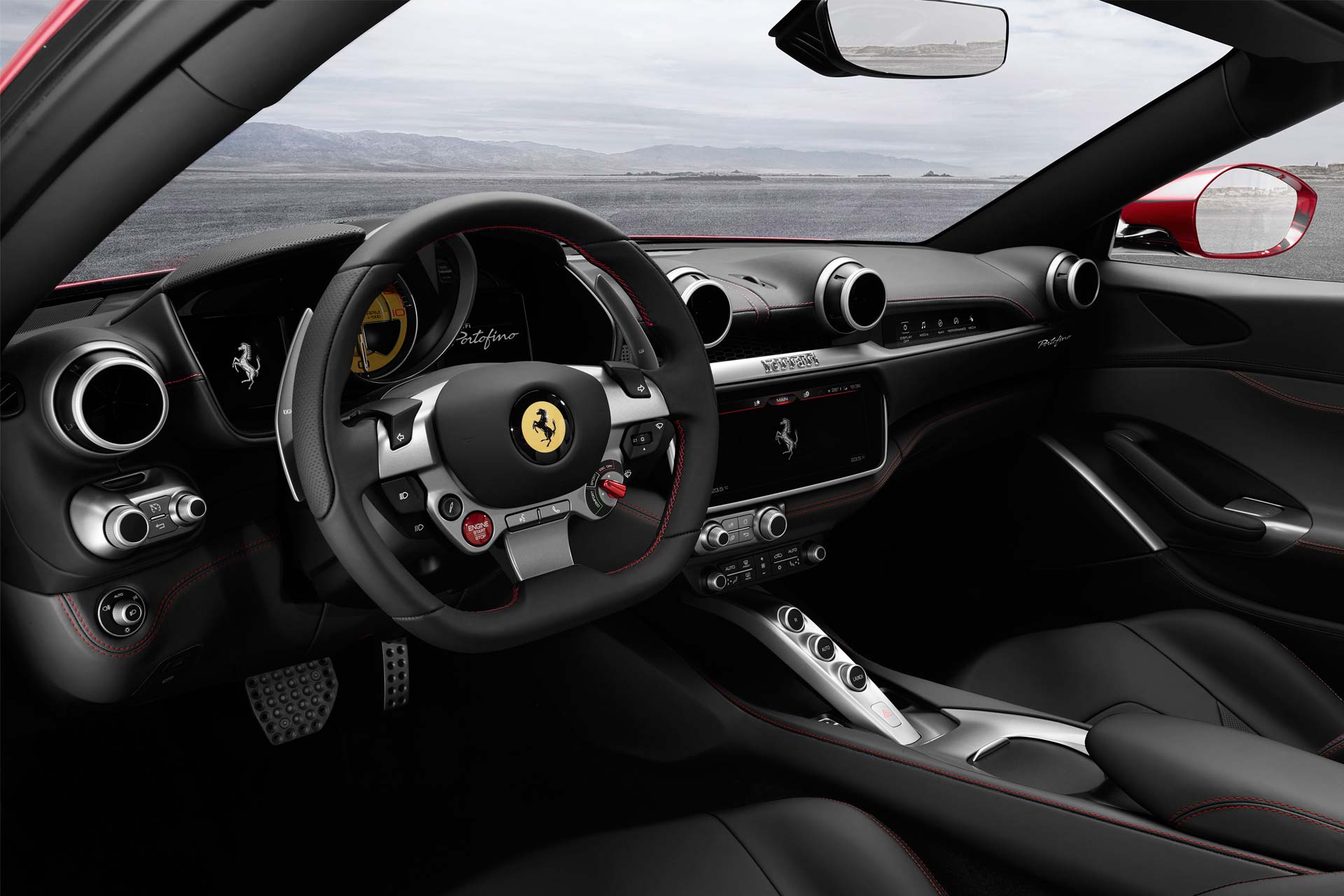 Engine
The 3.9-litre twin-turbo V8 which won the International Engine Award has been carried over, it now makes 599 hp (441 kW) at 7,500 rpm and 760 Nm (560 lb-ft) of torque between 3,000-5,250 rpm. Ferrari says that the engine has some new components and the engine management software has been tweaked as well. The characteristic Ferrari V8 soundtrack has also been further enhanced, especially for top-down driving.

All aspects of the 8-cylinder’s efficiency have been honed with the adoption of new pistons and con-rods, and a new intake system design. The geometries throughout the exhaust system have also been revolutionized. The new one-piece-cast exhaust header reduces losses, ensuring Ferrari’s characteristic throttle response with zero turbo lag. These improvements, combined with the Variable Boost Management which adjusts torque delivery to suit the gear selected, enable the Portofino to offer even higher levels of acceleration in all gears and lower fuel consumption compared to the outgoing model.

Transmission is still the 7-speed dual-clutch automatic. If you’re interested in the official performance figures, the 0-100 km/h (62 mph) acceleration happens in 3.5 seconds and the top speed is under 320 km/h (199 mph). 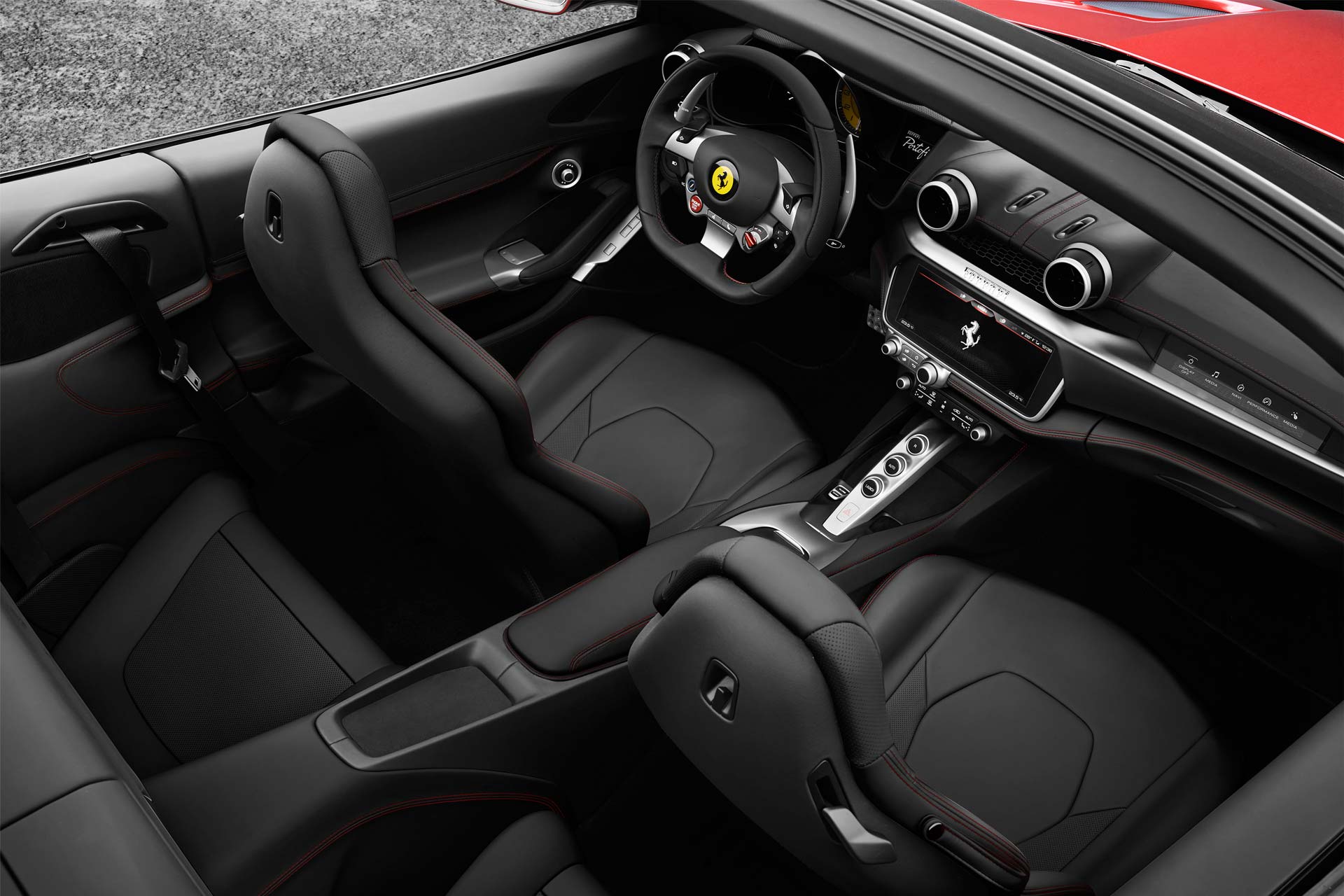 Vehicle dynamics
As for the vehicle dynamics, the third generation electronic rear differential (E-Diff3) has been adopted and integrated with the F1-Trac, which is aimed to improve both mechanical grip and the control of the car on the limit.

Ferrari says that the Portofino is also the first GT in the range to be fitted with EPS (Electric Power Steering). This allowed the engineers to reduce the steering ratio by 7 percent for even more responsiveness, thanks to the integration with the E-Diff3. The magnetorheological damping system (SCM-E) has been upgraded to dual-coil technology which is aimed to reduce roll while simultaneously improving absorption of road surface unevenness. 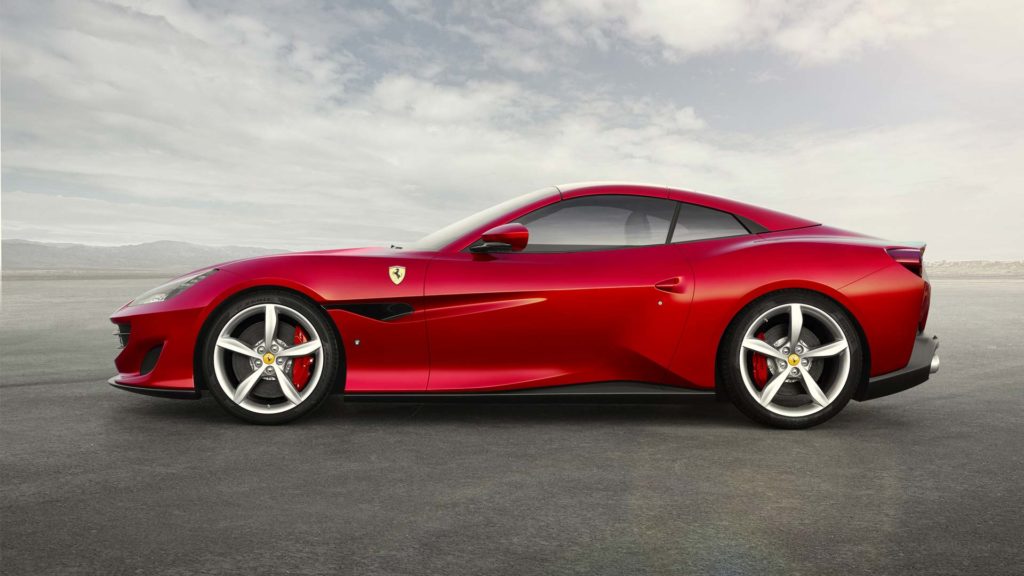 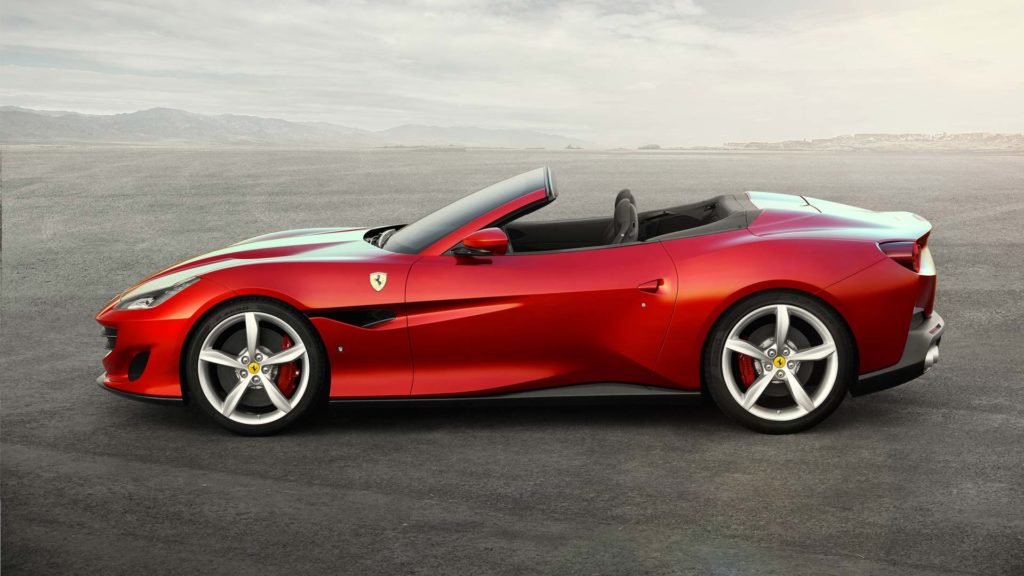 Design
The design is rather clever. The two-box fastback design cleverly conceals the retractable hard top housing, and the placement of the taillamps adds to it. Unless told, one would never know that it’s a convertible. The RHT can be raised or lowered at low speeds.

Interiors get a 10.2-inch touchscreen display, a new air-conditioning system that improves occupant comfort both with the top up or down, a new steering wheel, 18-way electrically adjustable seats with a new backrest design that boosts legroom for rear seat passengers, and the passenger display.

All occupants will particularly appreciate the new wind deflector which, when the top is dropped, cuts airflow inside the cabin by 30% and also reduces aerodynamic noise, Ferrari said.

Weight distribution is at 46-54% front-rear. 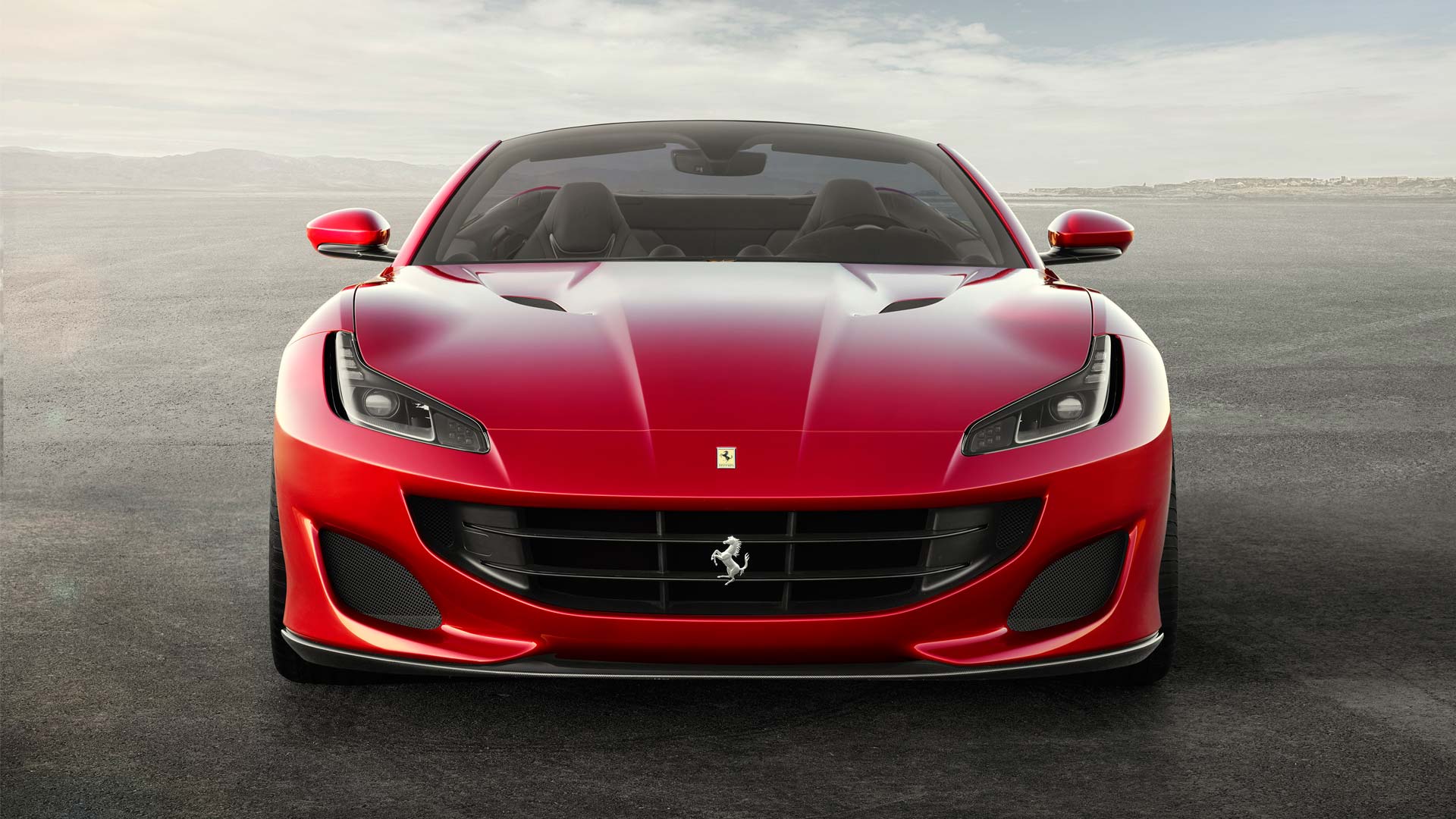 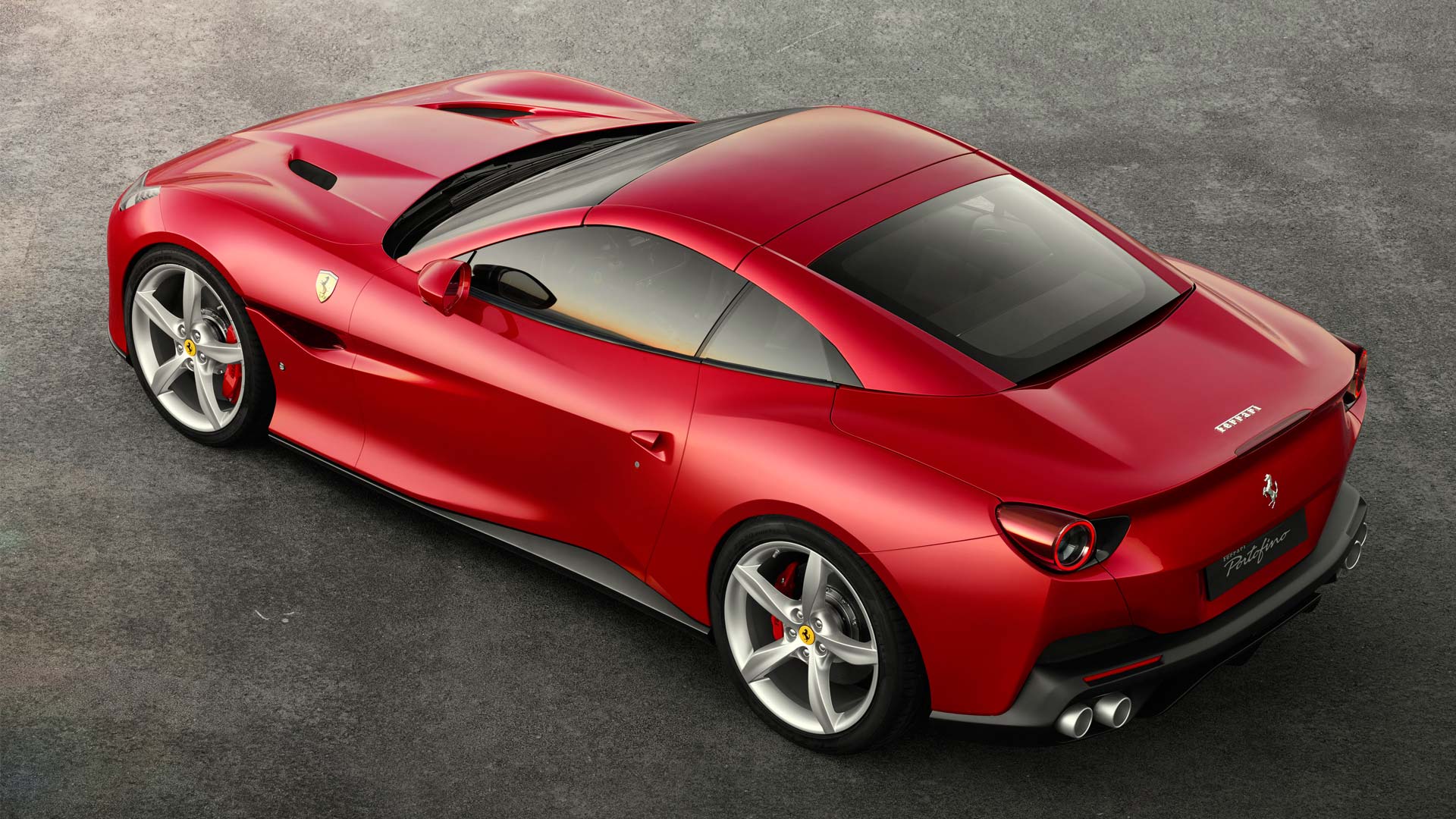