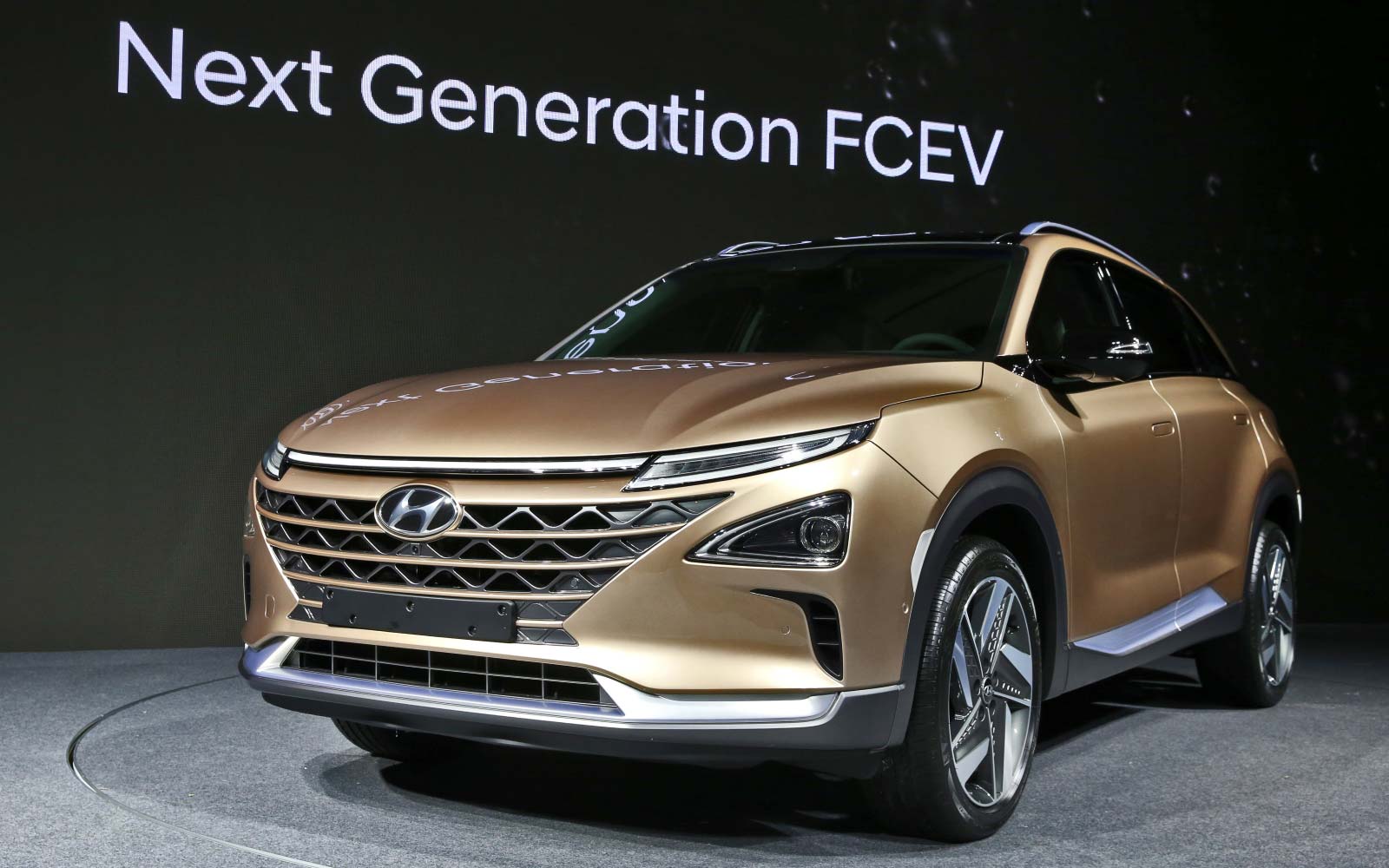 At a special preview event held in Seoul, Hyundai has offered an early glimpse of its next generation fuel cell vehicle, slated for launch early next year.

The yet-to-be-named model promises greatly improved efficiency compared to the its predecessor, the ix35 Fuel Cell. The new SUV boasts an efficiency level of 60%, or a 9% increase from the ix35’s 55.3%. With enhanced system efficiency, the new model targets a driving range of about 800 km on a single charge, based on New European Driving Cycle (NEDC). The new SUV shown at the event previews Hyundai’s second commercially produced hydrogen model and uses the company’s fourth generation of hydrogen fuel cell technology. Hyundai said that the new vehicle has been created with expertise honed through its first commercial production fuel cell vehicle in 2013. The vehicle, its capabilities and fuel cell technologies are an evolution of Hyundai Motor’s global research, development and real-world evaluation programs.

Performance
Hyundai explains that the new model’s maximum output is enhanced by 20% compared to its predecessor, boasting 163 PS of power. The fuel cell SUV also improves the car’s cold start capability, overcoming the challenges of starting fuel cell vehicles in temperatures below freezing point. The vehicle’s architecture is optimized to allow it to be started at -30 degrees Celsius (22 degrees Fahrenheit), by incorporating key components in the fuel stack developed by Hyundai.

In addition to boosting the new car’s capabilities, the enhanced components – such as MEA (membrane electrode assembly) and bipolar plates – also helped to reduce production costs.

Hydrogen storage
Hyundai said to have made significant improvements in tank storage density. The tank package now features three equally-sized tanks, as opposed to two of different sizes. World-class tank gravimetric capacity (hydrogen storage mass per tank weight) was achieved through innovations to the plastic liner configuration and efficient layering pattern, which resulted in a reduction of thickness.

The mass-produced new vehicle will also feature advanced driver assistance technologies. The details of the new ADAS features will be disclosed in January at the 2018 CES, along with the official model name. As for the design, the new FCEV inherits design features from the FE Concept, which was unveiled at the 2017 Geneva Auto Show. Hyundai says that the new model builds on the earlier concept’s design, taking an organic and flowing form, inspired by nature, that is water – the car’s only emission, with the clean design emphasizing its non-polluting nature.

The high-tech look is augmented by low-drag elements that accentuate the clean and calm design. The door handles sit flush to the car, while the air curtain in conjunction with the air tunnel inside the D-pillar maximizes aerodynamic efficiency. The SUV’s wheel design aims to capture both captivating style and optimized low drag airflow with a specialized two-piece construction. The interiors follow a minimalistic theme, with two large digital displays similar to the latest Mercs. According to Hyundai, the interiors are done with industry leading bio-materials with eco-friendly certification. Completing the futuristic finish is a unique blend of woven fabric and suede used for accents in the seat design. Furthermore, Hyundai will develop its first dedicated architecture for pure electric vehicles, which will allow the company to produce multiple models with longer driving ranges. The company aims to introduce 31 eco-friendly models globally by 2020.