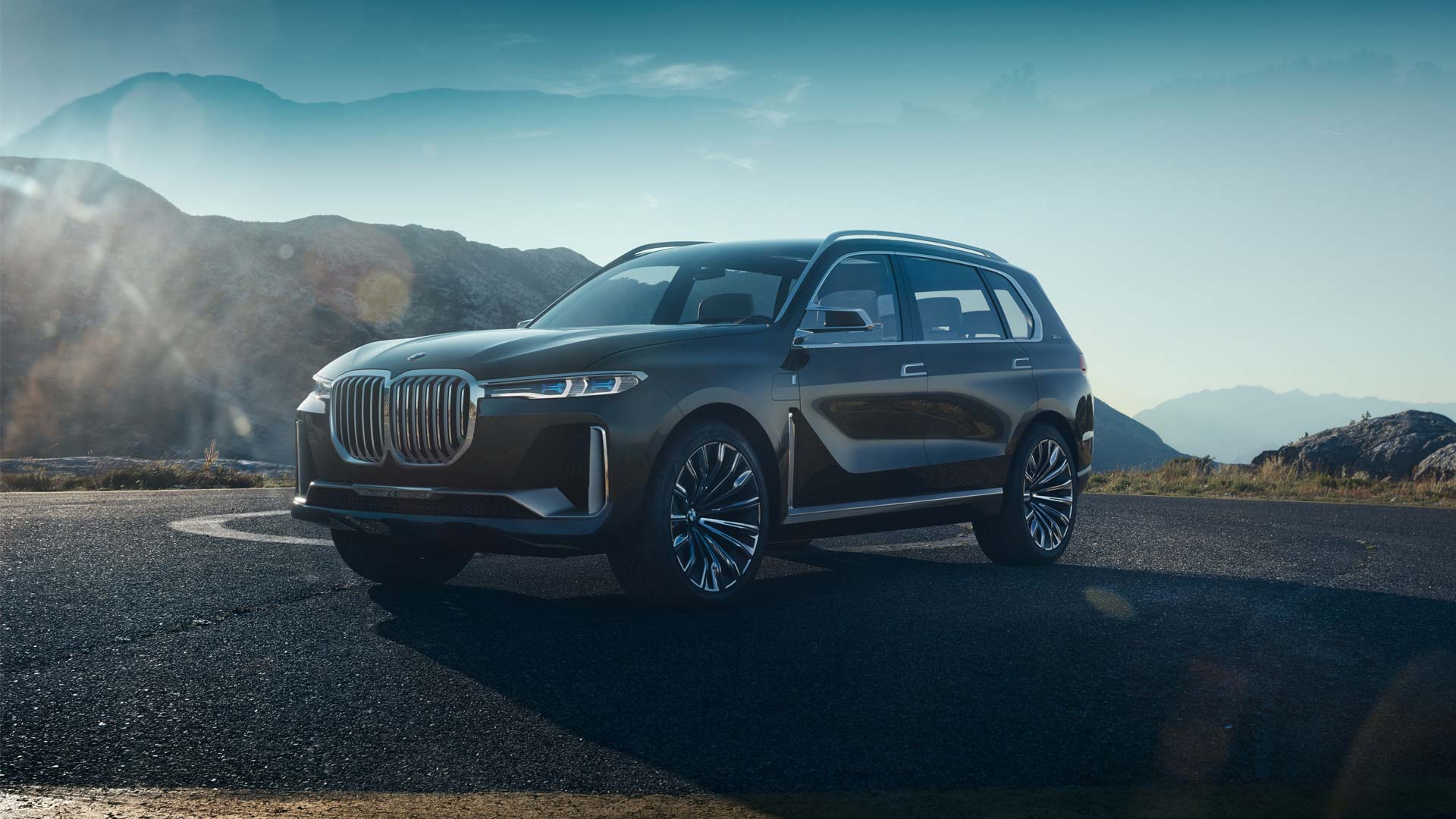 BMW has unveiled the X7 iPerformance concept at the 2017 Frankfurt Motor Show. The full-size three-row “Sports Activity Vehicle” will take on the likes of Audi Q7, Q8, and Mercedes GLS when the production version debuts in 2018.

The iPerformance badge indicates that there is a plug-in hybrid powertrain under the hood.

While the exterior design with the large vertical kidney grille might divide the opinion, the interiors are airy, giving an open-to-the-sky feel. The 12.3-inch digital instrument cluster and the central touchscreen sit close to one another forming a driver-centric cockpit. Another design highlight is the Y-shaped supporting structure. The Y structure with the panoramic glass roof is aimed to achieve the same sensation of lightness in the centre row as those in the front. The infotainment features a touch gesture. Wheels are 23-inch light-alloys with aerodynamically optimized inlays between the spokes reducing drag.

The absence of tailpipe embellishers in the rear apron is an indicator of the vehicle’s plug-in hybrid drive concept, said BMW. But then, the production version needs to have one.

“The new BMW design language employs just a few, extremely precise lines and subtle surface-work to raise the bar in terms of presence and prestige,” explains Adrian van Hooydonk, Senior Vice President BMW Group Design. “The BMW Concept X7 iPerformance has a luxurious and sophisticated feel to it, thanks to its understated use of forms and incredibly precise details.”

Obviously, there is no information on the numbers and figures yet, but BMW says that the BMW eDrive technology is allied with the TwinPower Turbo petrol engine. 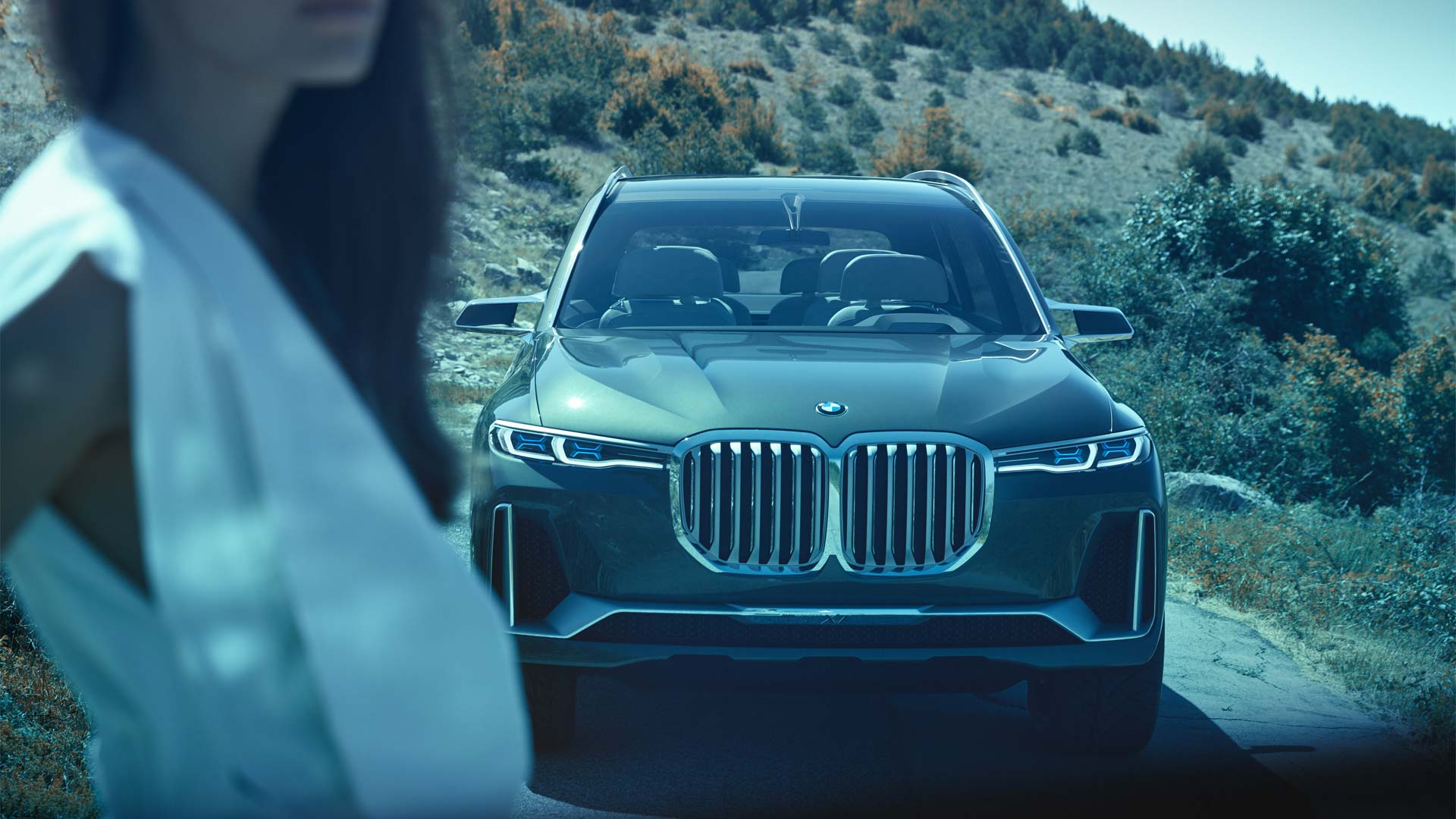 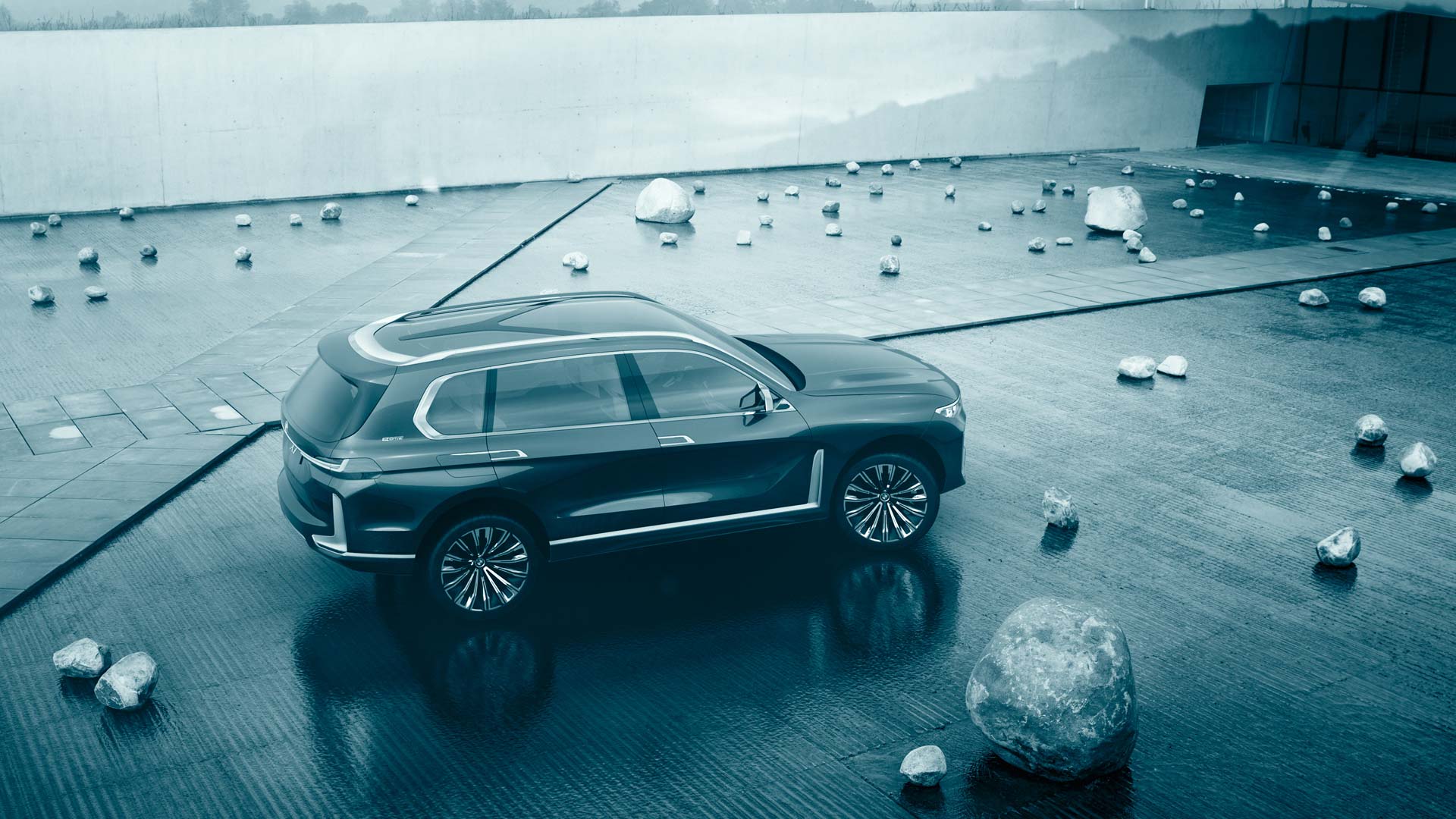 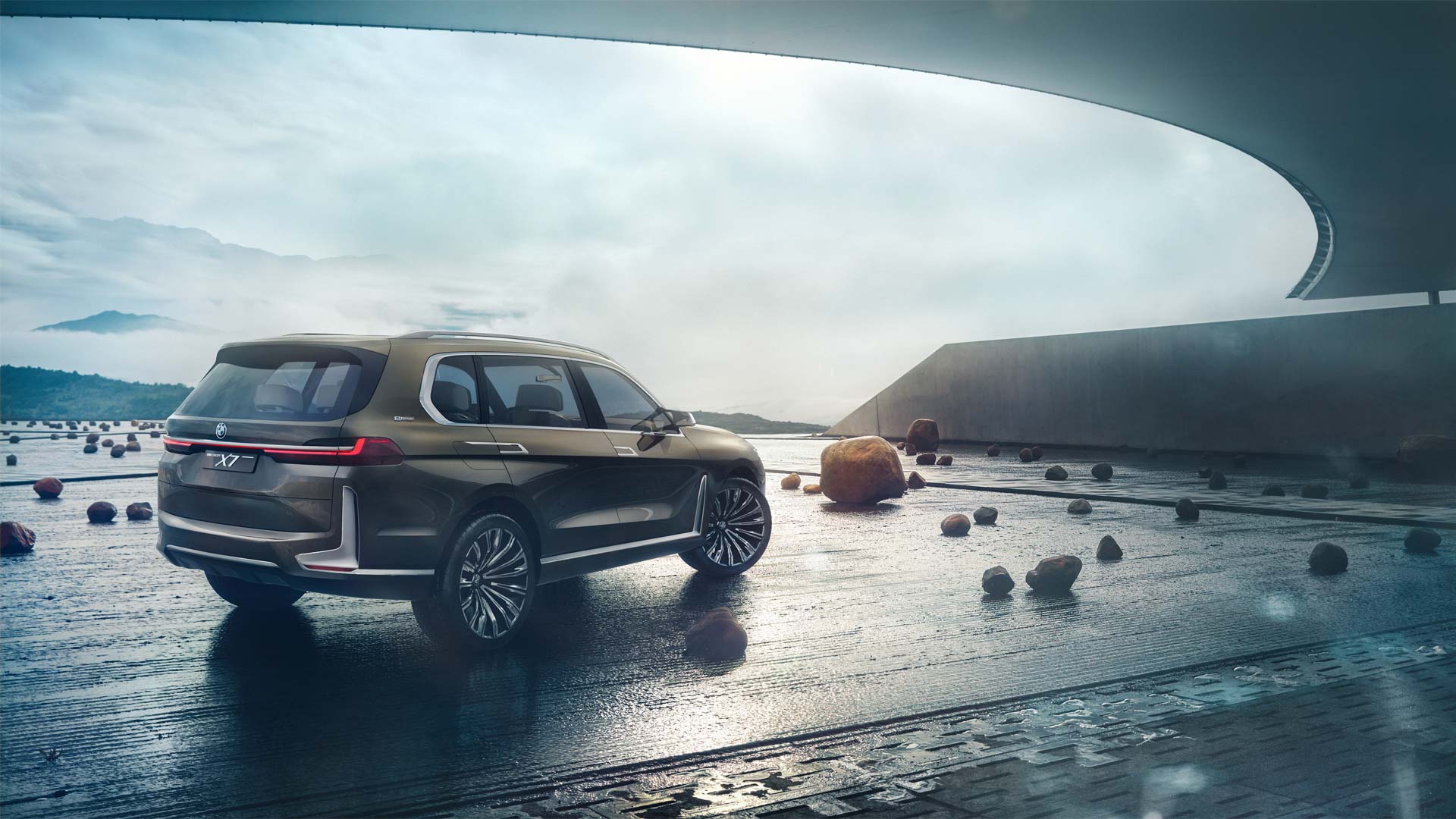 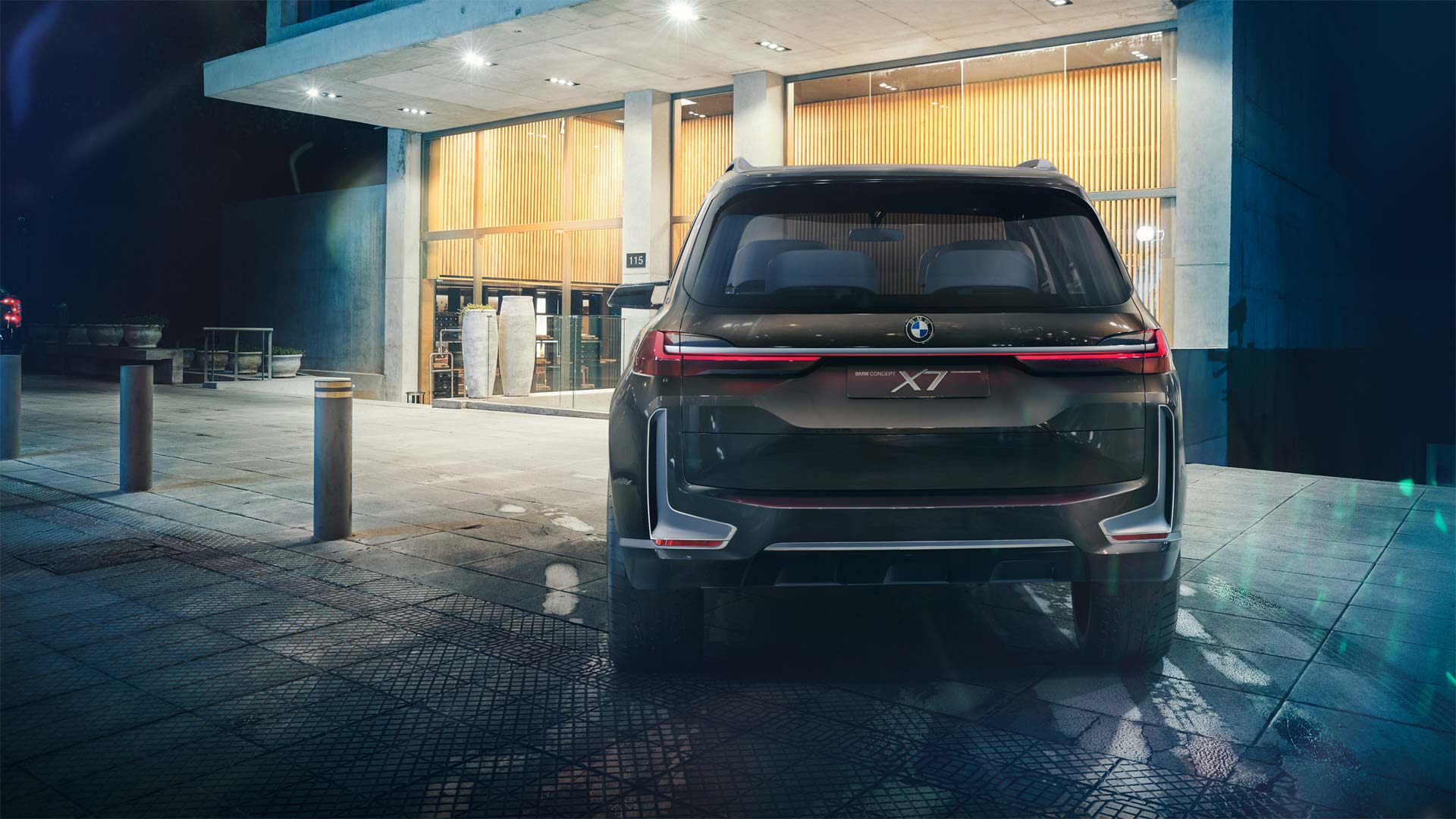 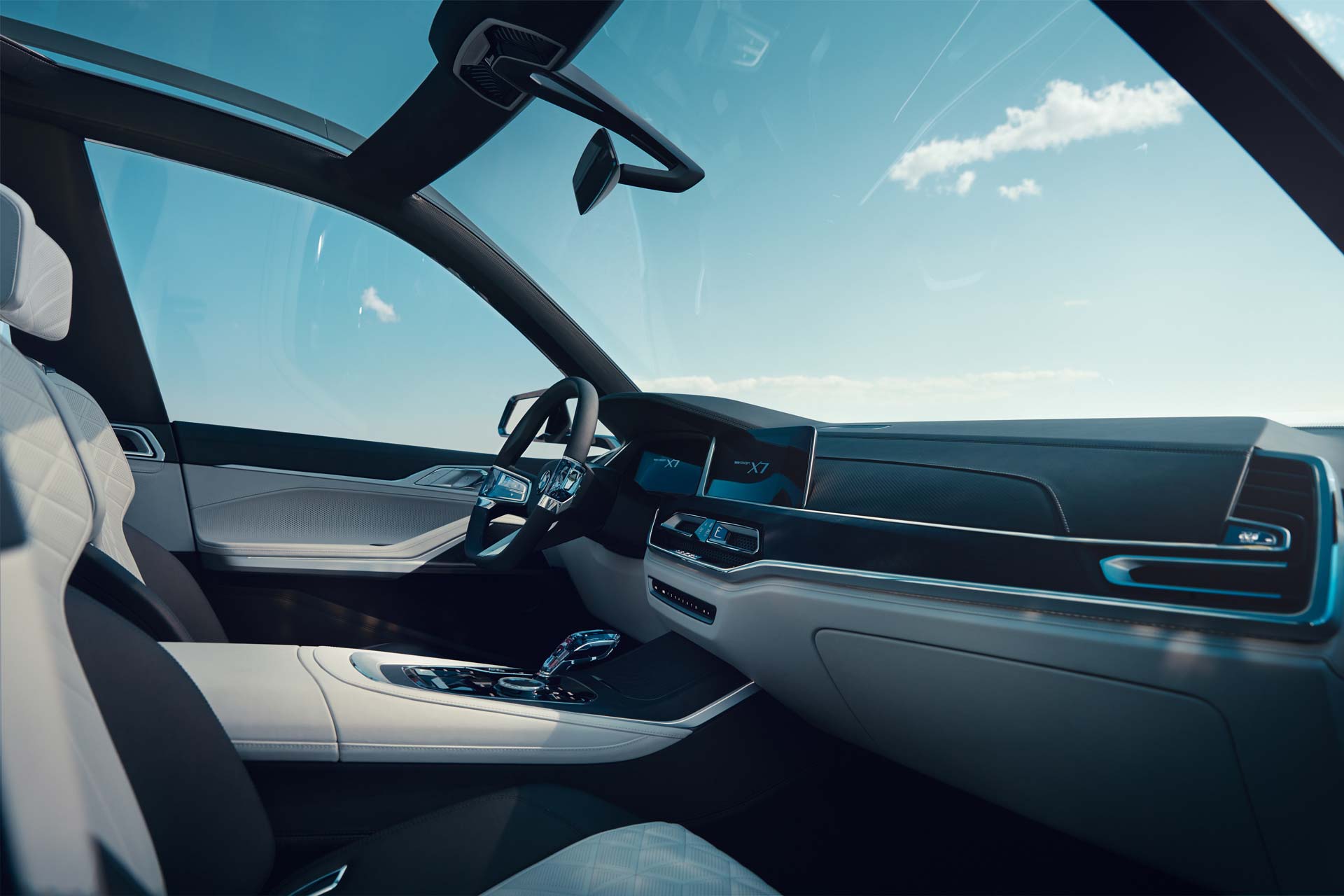 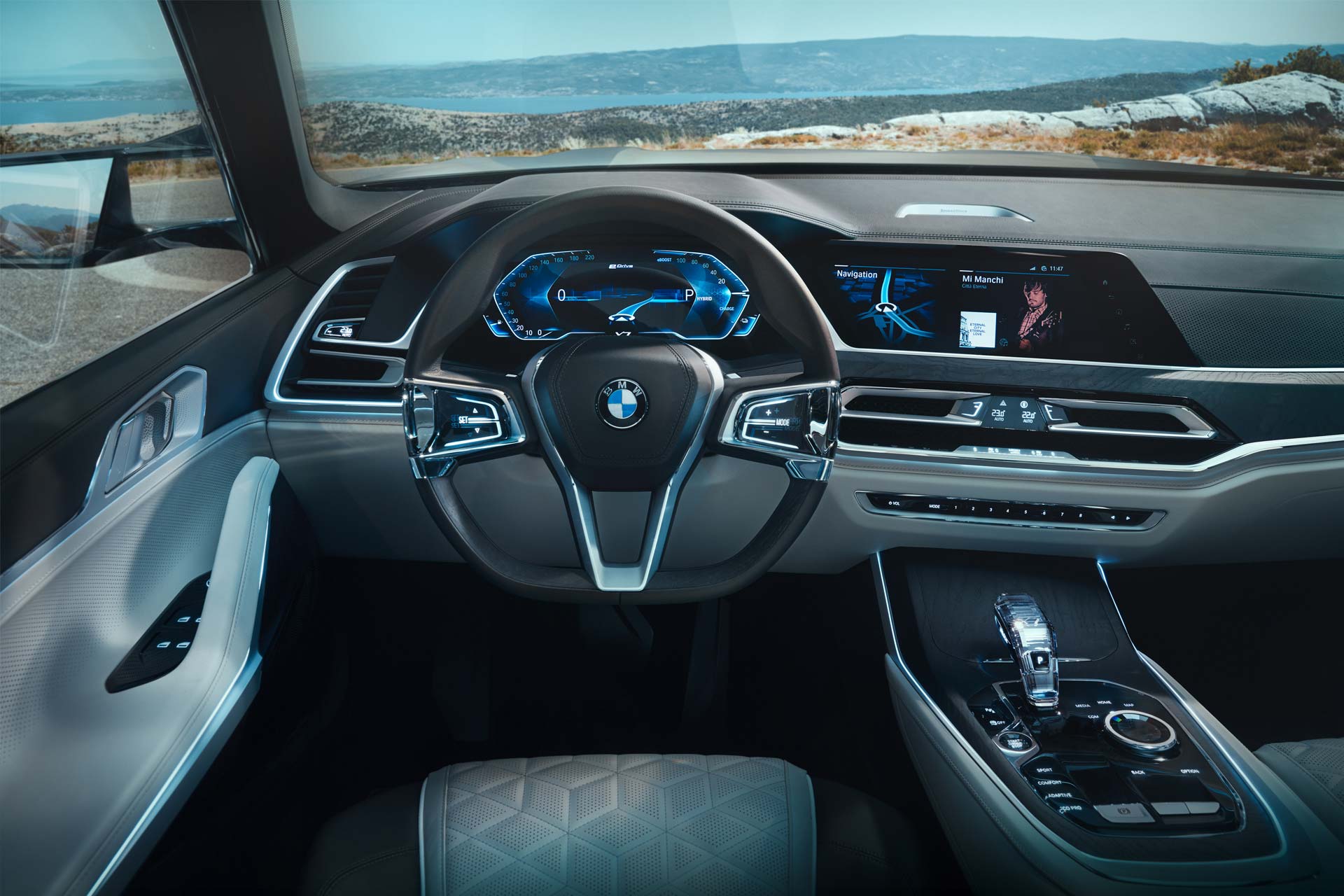 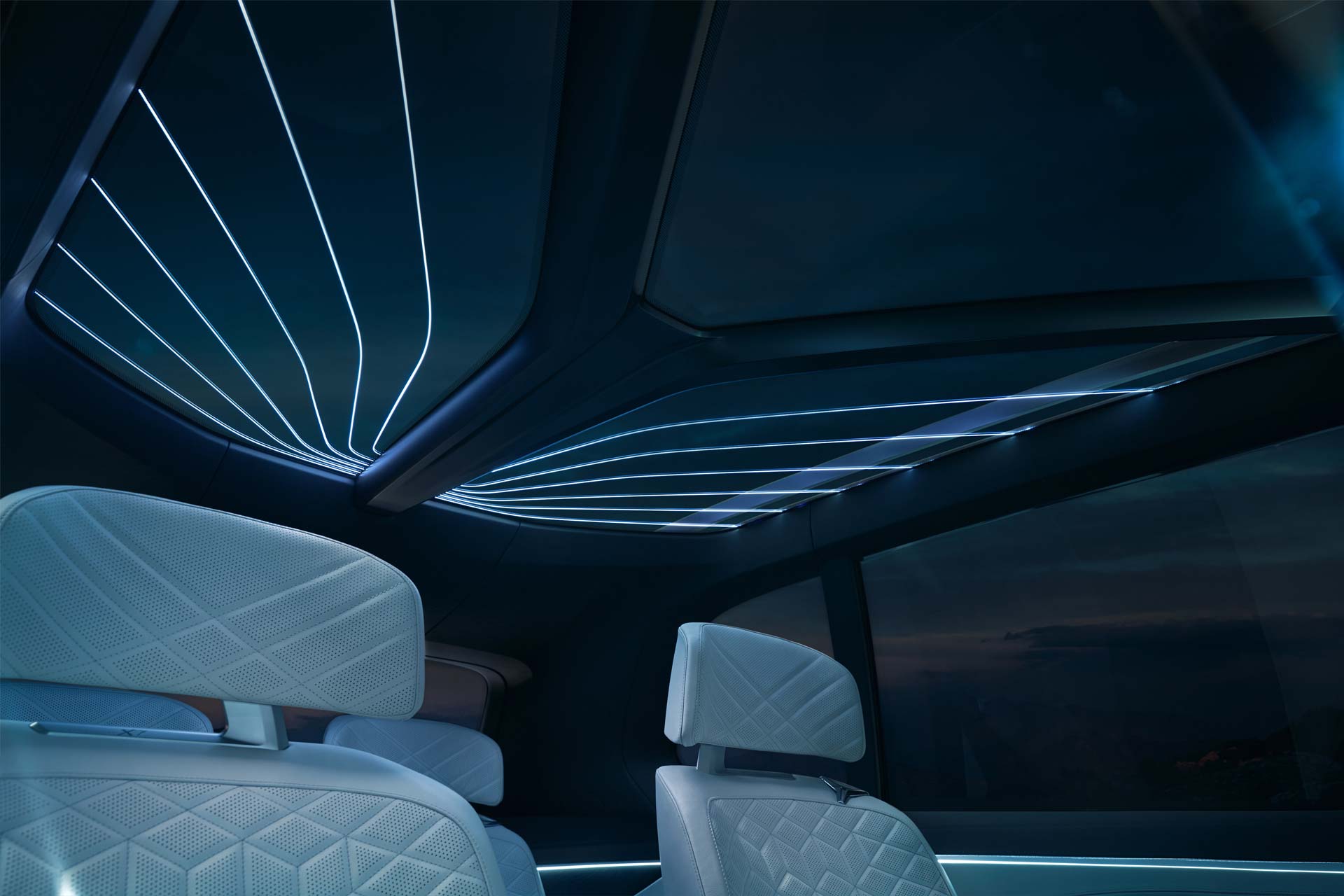 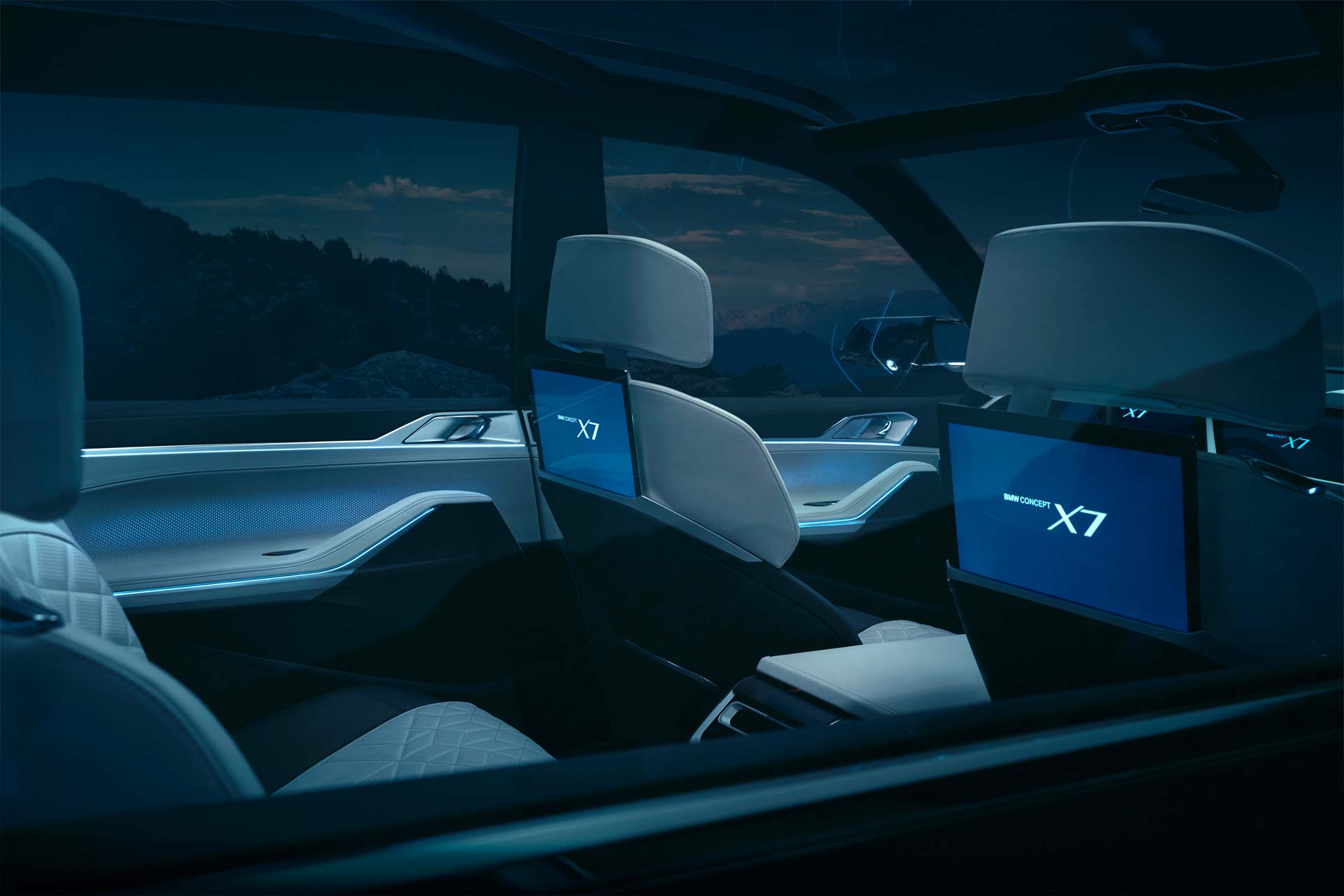 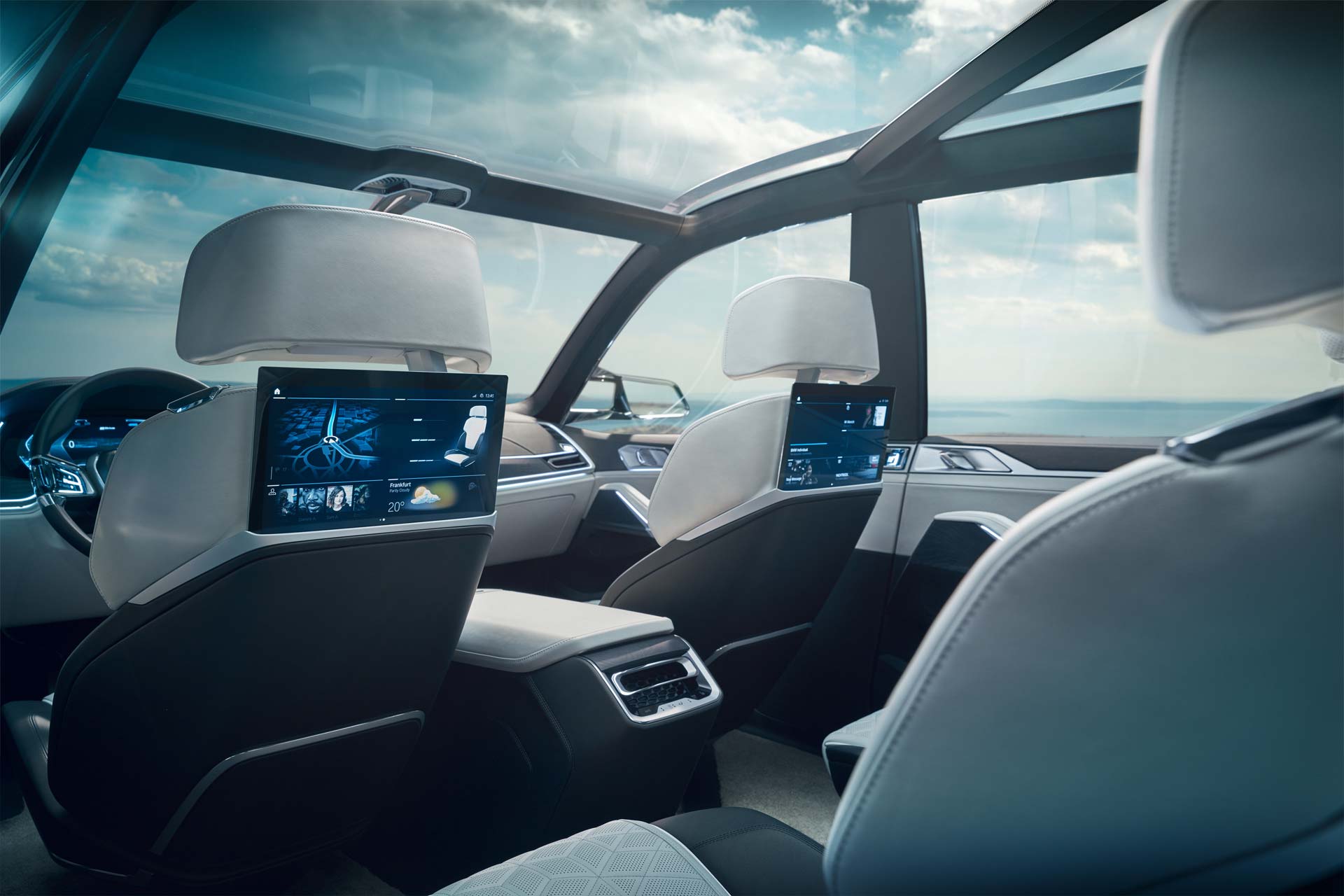