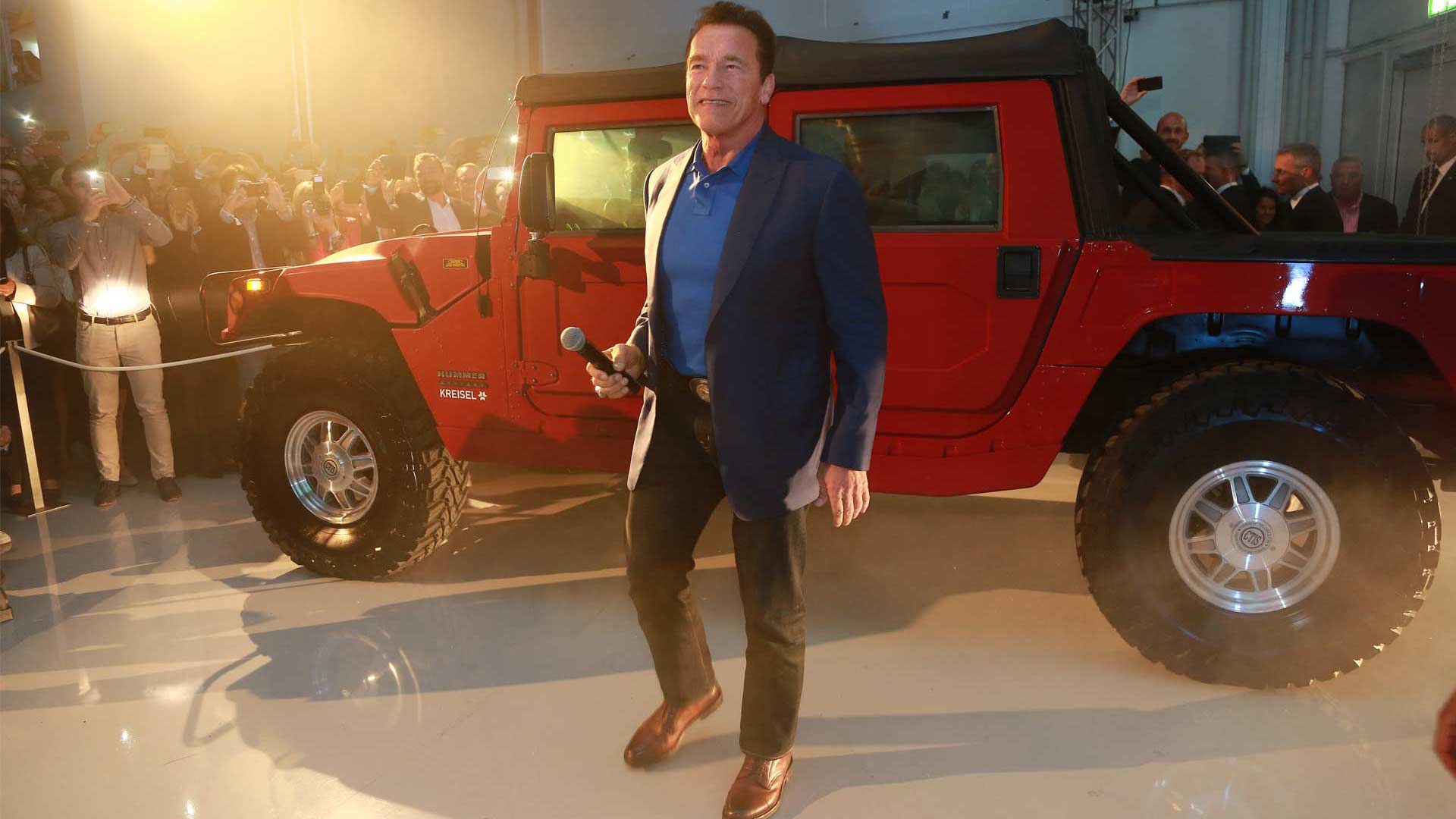 After converting a Mercedes G-Class into an EV, Austria-based Kreisel Electric has electrified a Hummer H1 for Arnold Schwarzenegger. The conversion has been done in two months’ time.

The one-off prototype is equipped with a high-performance 100 kWh battery pack from Kreisel and two electric motors on the front and back axles, with a system output of 360 kW (490 hp). Kreisel says that the vehicle can reach speeds of up to 120 km/h and has a range of about 300 km and weighs 3,300 kg. “Kreisel Electric electrified my G-Class last winter. And now a Hummer. If Kreisel keeps it up at this pace, I will soon be able to fly here from LA in an electric airplane,” said Arnold Schwarzenegger. Kreisel refers to Arnold as a friend.

Finally – my dream of turning my Hummer fully electric is a reality – thanks to a smart Austrian company, @KreiselElectric. #GreenEnergy pic.twitter.com/2WIduzuqih

It’s nothing new that Arnold loves Hummers. In fact, he was the one who persuaded AM General, the manufacturer of Humvee military trucks to build a civilian version which became the Hummer H1. Reportedly, he also owns converted Hummers that run on hydrogen and biofuels.

The standard version of this American off-road vehicle consumes up to 24 liters of fuel for every 100 km and emits up to 470 g CO2 per km. “With our electrified prototypes, we want to show what is possible using Kreisel technology. We will certainly not mass-produce these models. But our Hummer is a powerhouse in wolf’s clothing, one that drives so quietly even the sheeps are not disturbed,” said Markus Kreisel, one of the founders of Kreisel Electric. In the presence of the Austrian Federal Chancellor Mag. Christian Kern and Arnold Schwarzenegger, Markus Kreisel opened the new development and manufacturing center in Rainbach, Mühlkreis district. The 7,000 m2 new facility includes a prototype workshop and a completely automated manufacturing line for Kreisel Electric battery storage devices for use in the small-batch production of passenger vehicles, utility vehicles, buses, boats and airplanes, as well as in storage solutions.