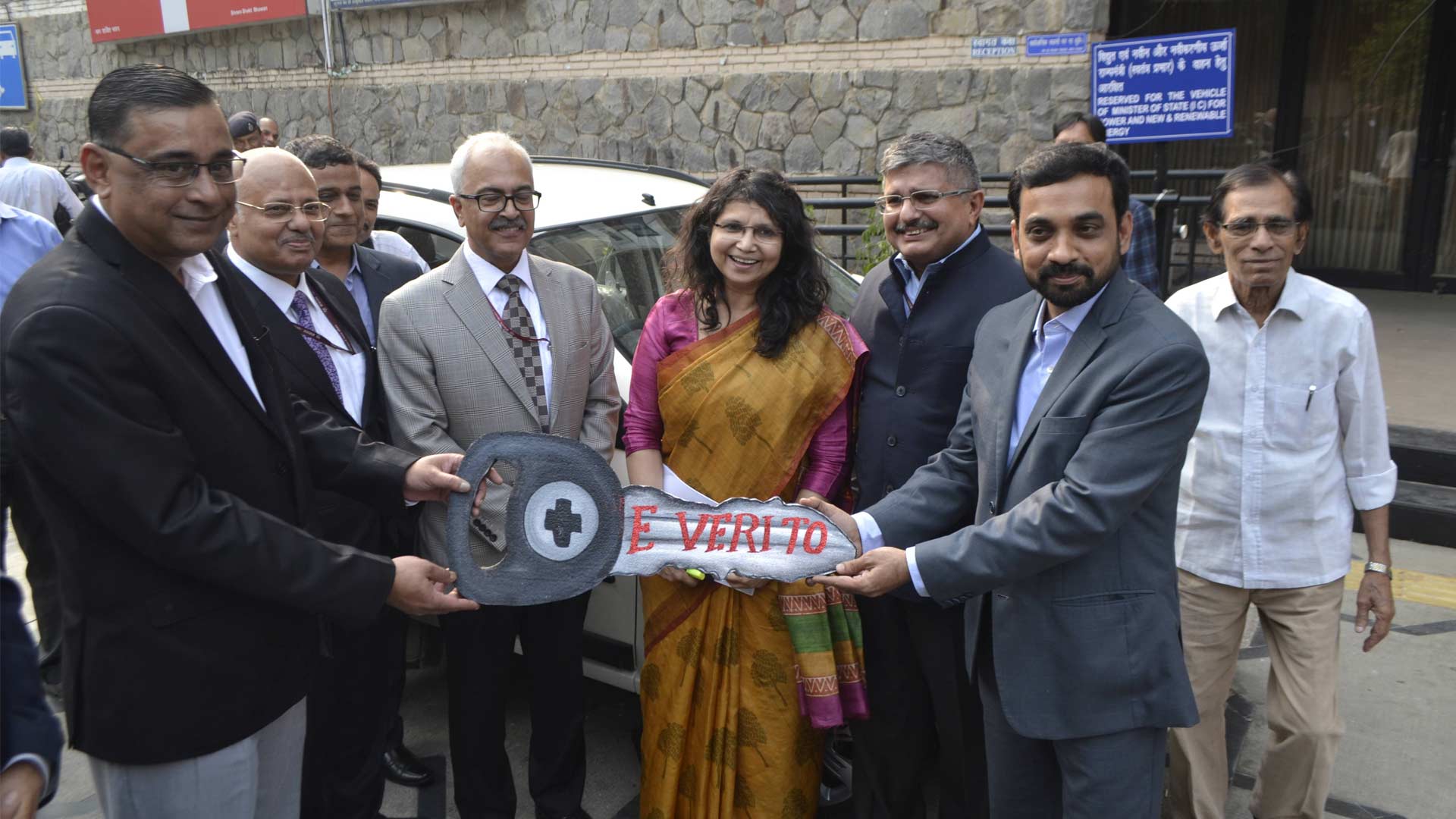 In the EESL’s tender to procure 10,000 electric vehicles, Mahindra & Mahindra was asked to match Tata Motor’s bid if it wants to win 40% of the order. M&M later agreed to lower its price and to supply 30% of 500 or 150 units of e-Verito sedans in the first phase.

A big day for EV movement in India. First lot of vehicles of EESL tender ready for delivery in Delhi. Moment of pride for Mahindra. https://t.co/UiRW0x9Yhl

“First lot of vehicles of EESL tender ready for delivery in Delhi. Moment of pride for Mahindra,” tweeted Pawan Goenka on Wednesday.

Tata Motors had quoted Rs 11.2 lakh for each unit, all-inclusive of GST and comprehensive 5-year warranty, while M&M had originally quoted Rs 13 lakh. Since the price has been lowered now, M&M stands a chance to win 3,800 units or 40% of the remaining 9,500 units in the second phase.

According to the EESL tender terms, the sedan should have a range of 130 km on a full charge, can be fully charged in 6 hours and should have a fast charge option of 90 minutes.