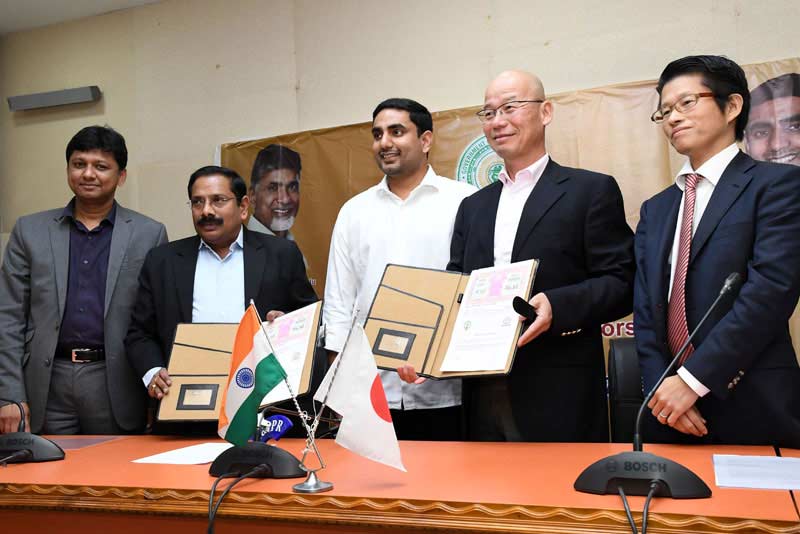 Recently, Toyota said that the company has no plans to launch electric vehicles in India due to the lack of charging infrastructure. However, the company now wants to conduct a feasibility study of introducing electrified vehicles.

Toyota Kirloskar Motor and the Government of Andhra Pradesh has signed the Memorandum of Understanding (MOU) for the company to start the feasibility study towards introduction of Prius PHEV and “Small EV Commuter” into AP Govt.’s ambitious smart city project at Amaravathi.

At this point, we don’t know what is this “Small EV Commuter” yet.

TKM said that the MOU is the commitment of Toyota and Govt. of AP to mutually work together to solve the grave issue of pollution, and ensuring smooth introduction of Plug-in Hybrid & Electric Vehicles in the state. This is in line with Toyota’s Environment Challenge 2050 to achieve zero CO2 emissions. The company believes that the electrification of vehicles is required to reduce CO2 emissions.

The Prius has been a popular mass produced electrified car since 1997. In 2017, Toyota’s cumulative sales of electrified units reached 11 million units.

Toyota said that the ‘PHV’ Plug-in Hybrid is a realistic solution considering the charging infrastructure available in the country in current status.