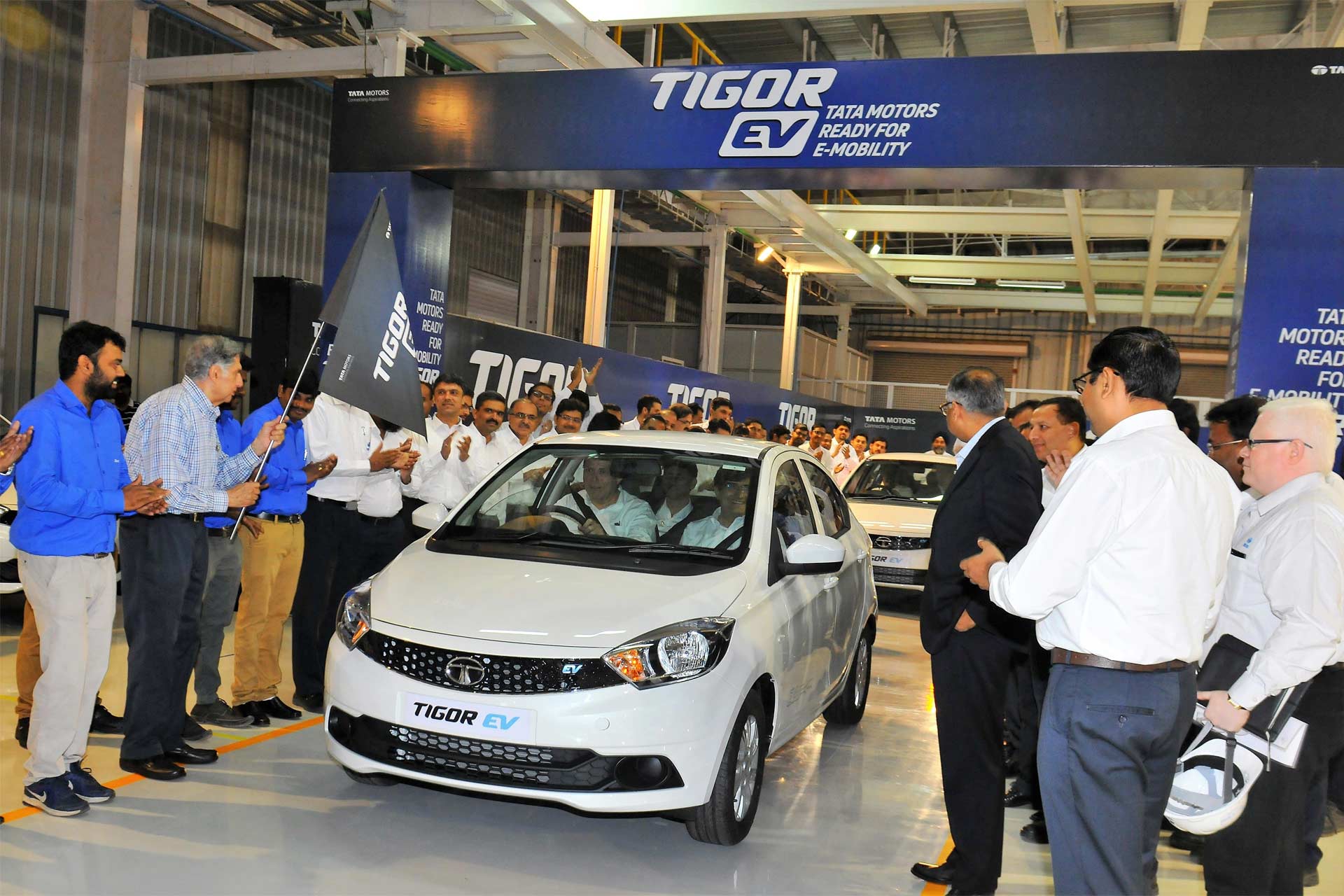 In case you missed the whole story, Tata Motors has bagged a contract to supply thousands of electric cars to EESL. The company today rolled out the first batch of Tigor EVs at the hands of N Chandrasekaran, Chairman, Tata Sons and Tata Motors, from its Sanand facility in Gujarat.

Tata Motors had qualified as L1 bidder in the midst of stiff competition and won the tender of 10,000 electric cars floated by EESL in September 2017. For phase 1, the company is required to deliver 250 Tigor EVs, for which it has received a LoA. For an additional 100 cars, the LoA is expected to be issued shortly by EESL.

The electric drive systems for the Tigor EV has been developed and supplied by Electra EV. More on the Tigor EV specs here.

EESL had requested 500 EVs to be supplied in the first phase. While Tata will supply 350, the remaining 150 will be supplied by Mahindra & Mahindra as they matched Tata’s bid. M&M recently delivered first lot of e-Veritos to EESL.