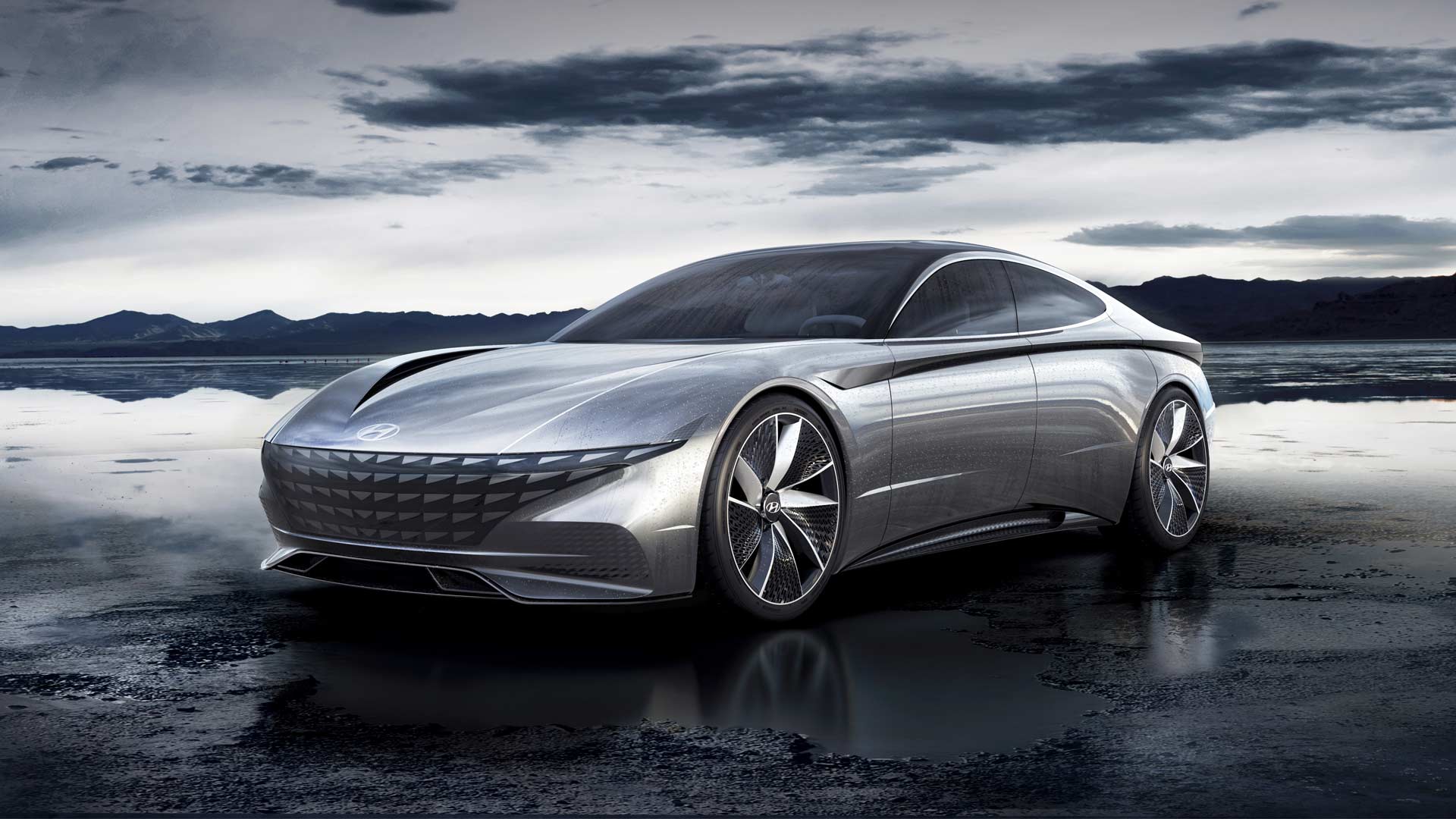 At this year’s Geneva Motor Show, Hyundai unveiled the ‘Le Fil Rouge’ concept which according to the company, translates to “common thread” in English. It is a reflection of Hyundai’s belief that the brand’s past, present and future designs are all connected. According to Luc Donckerwolke, Executive Vice President and head of Hyundai Design Center, the Le Fil Rouge is a reinterpretation of Hyundai’s design DNA that originated from the brand’s historical Coupe Concept in 1974 (designed by Italdesign).

The concept introduces the ‘Sensuous Sportiness’ design language that will make its way into all future Hyundai vehicles, ranging from sedans to SUVs. However, it still retains the signature Cascading Grille which is further enhanced in the concept, and comes with a three-dimensional treatment featuring parametric jewels inside.

With Le Fil Rouge, Hyundai took a new approach called ‘Light Architecture’, where the front and the rear pillars as well as the roof appears to have been drawn with a single line. The architecture makes the car appear to be in motion even when its standing still. The interiors has a wrap-around architecture, and offer generous amount of leg room. There is an aircraft-inspired two-way ventilation system that blows air over the curved surface of the lightweight tube architecture. A panoramic floating display coupled with haptic technology sits in front of the driver, providing access for climate control and other vehicle configurations.

While there is no information about its powertrain, couple of sketches suggest that the Le Fil Rouge is an electric vehicle.

Hyundai says that the Le Fil Rouge is a glimpse of its future design direction, but it appears to be more than just a design language. Hyundai has come a long way from making practical hatchbacks to a luxury four-door sedan like Genesis G70. They also created the very impressive i30 N hot hatch.

The Le Fil Rouge might very well be a future electric sports car from South Korea. 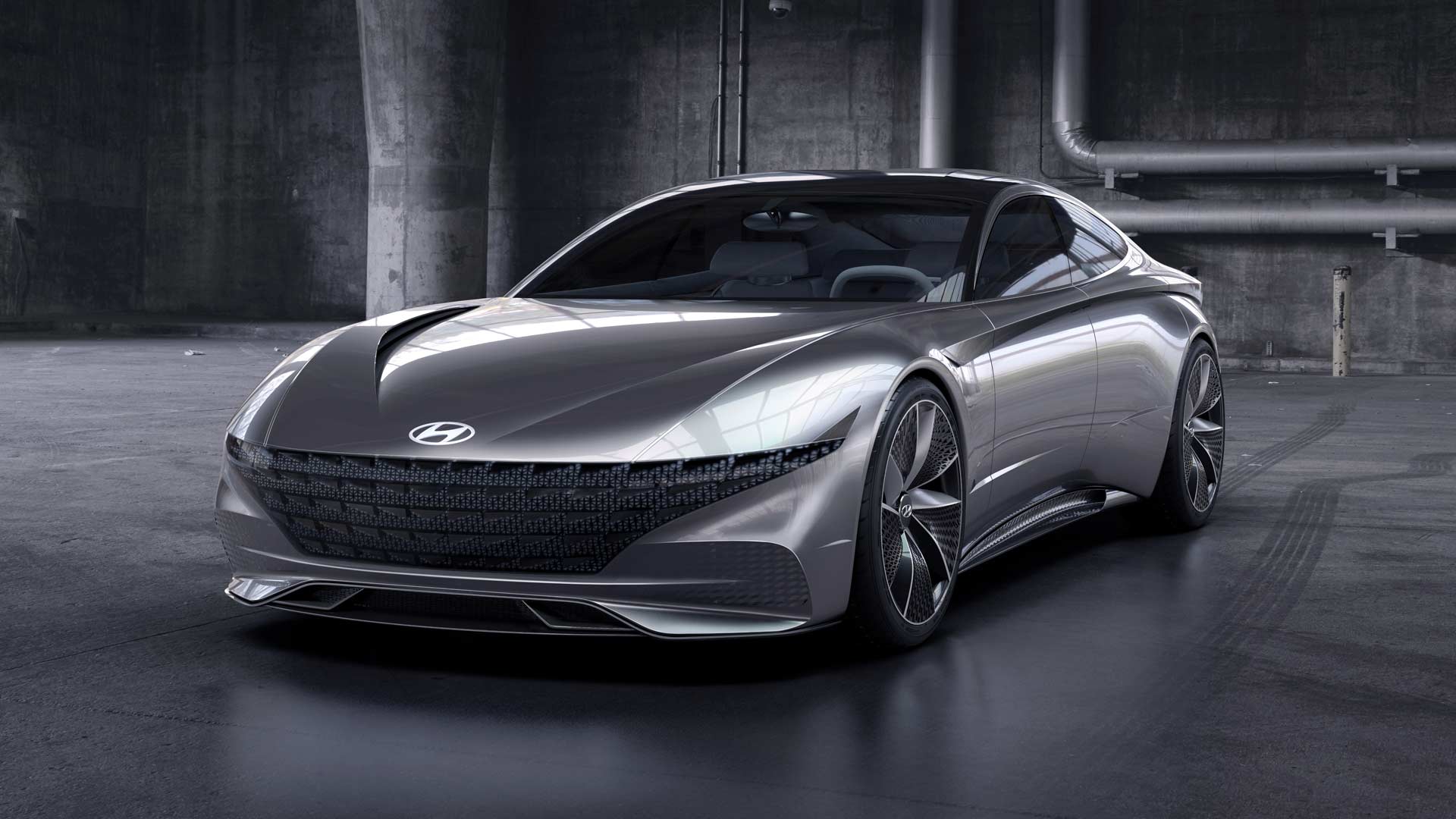 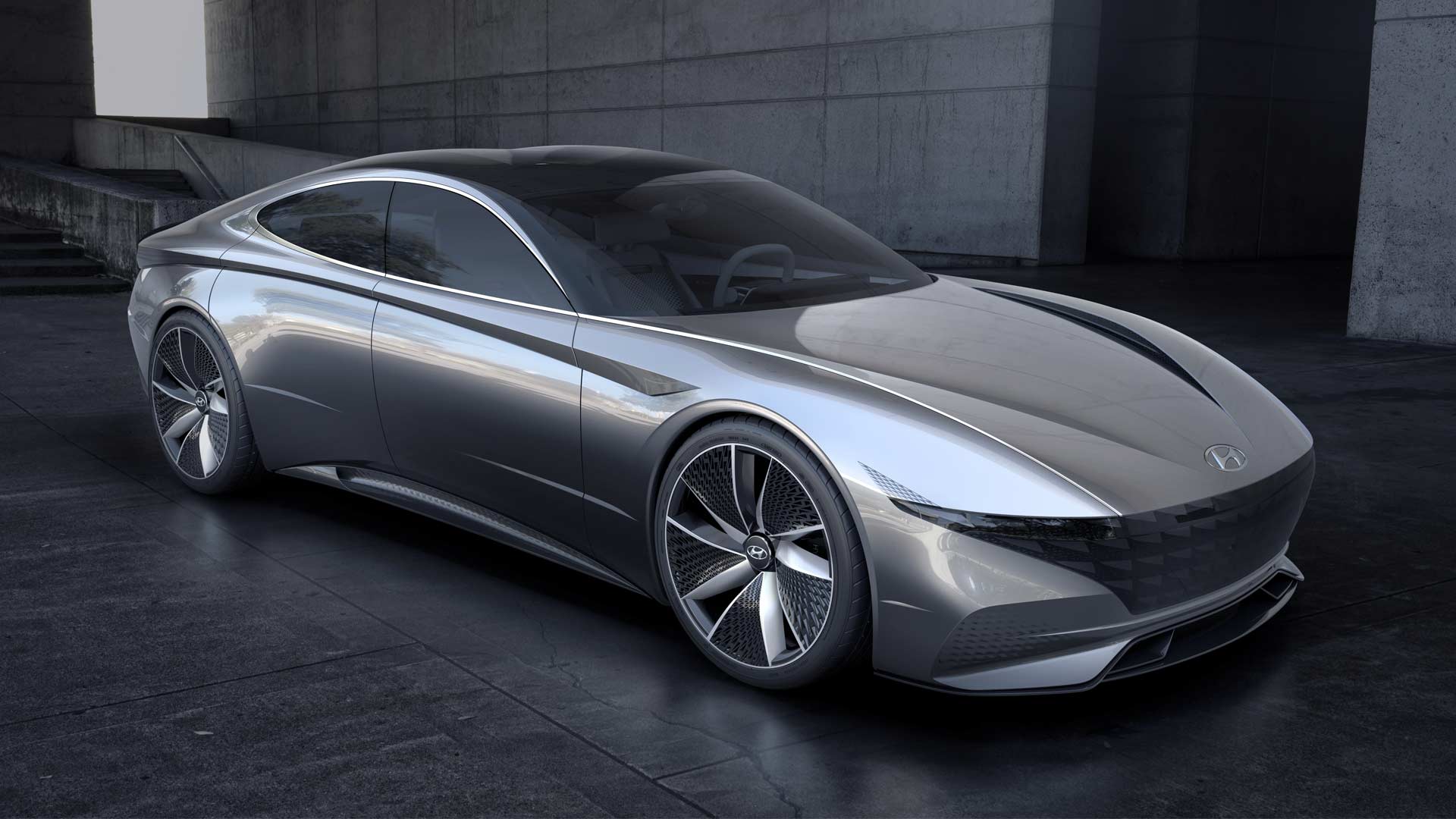 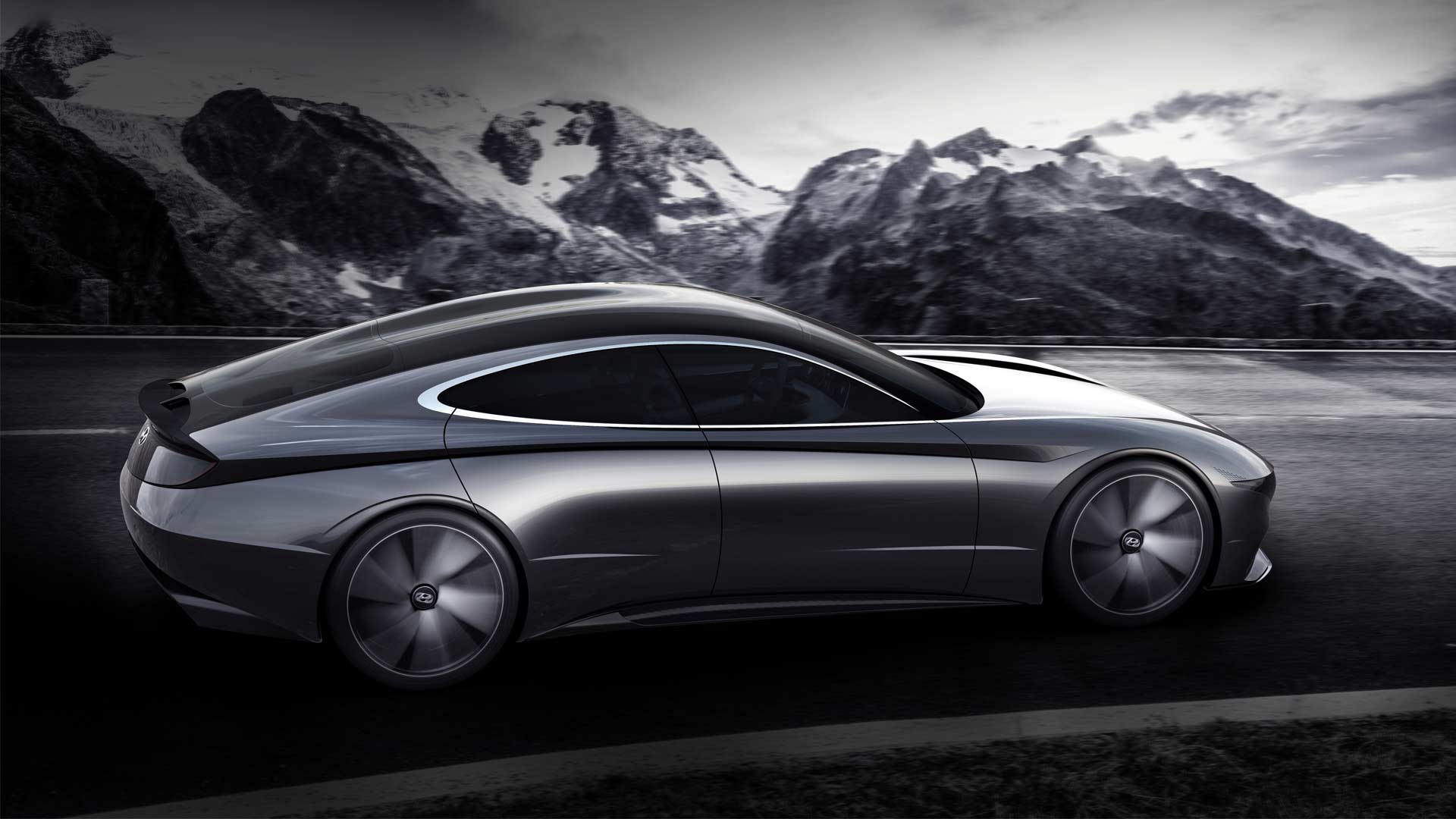 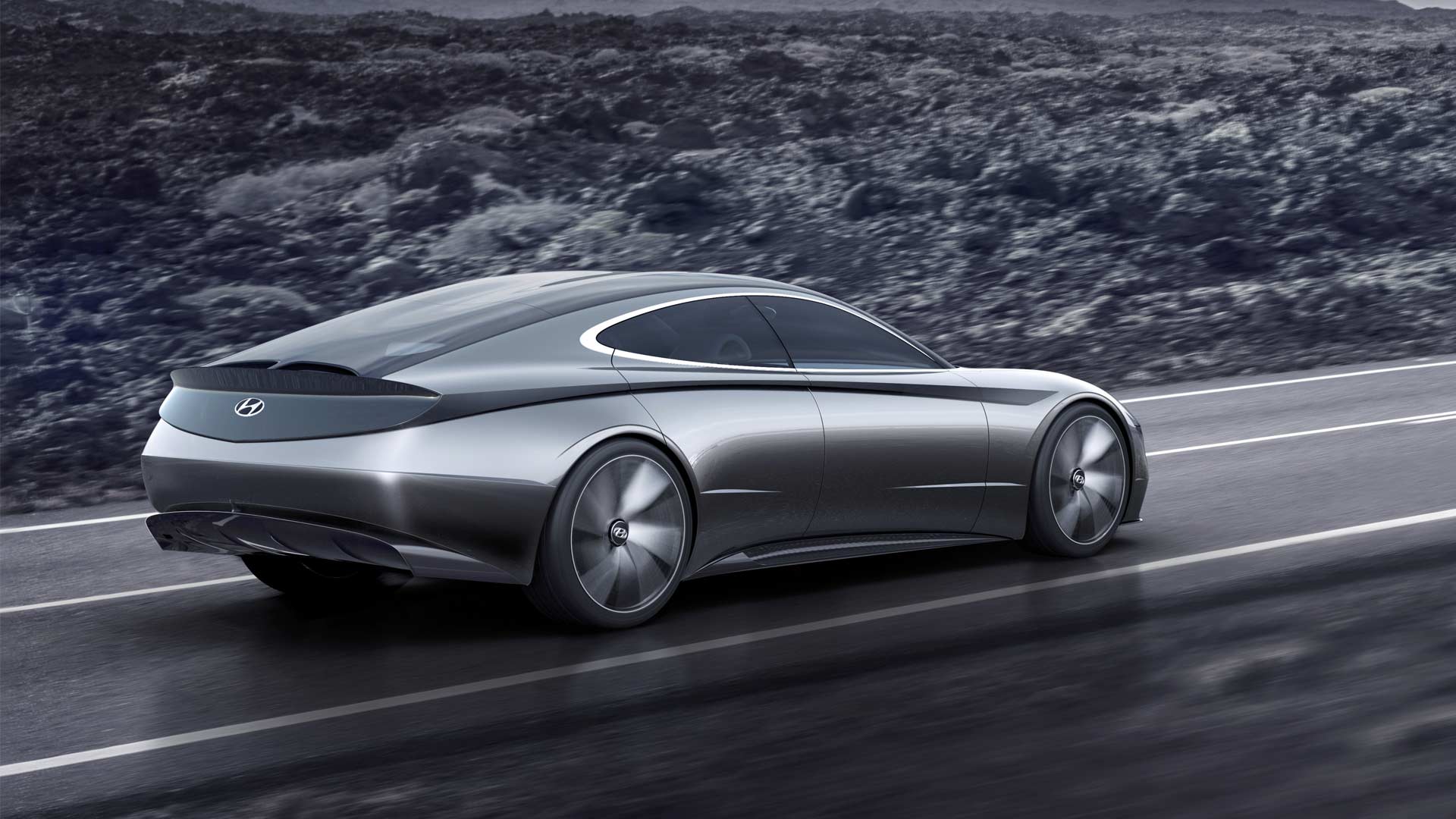 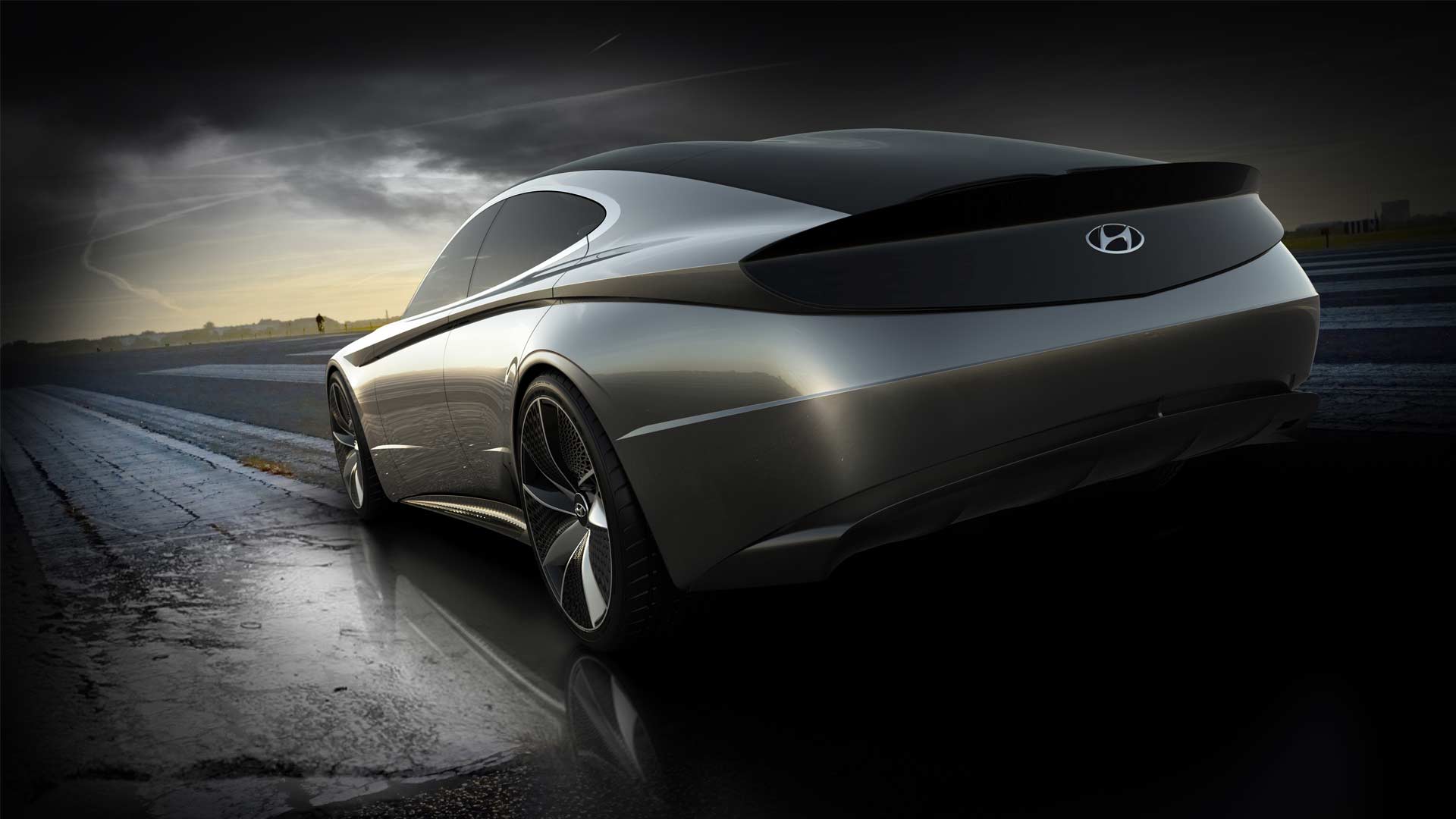 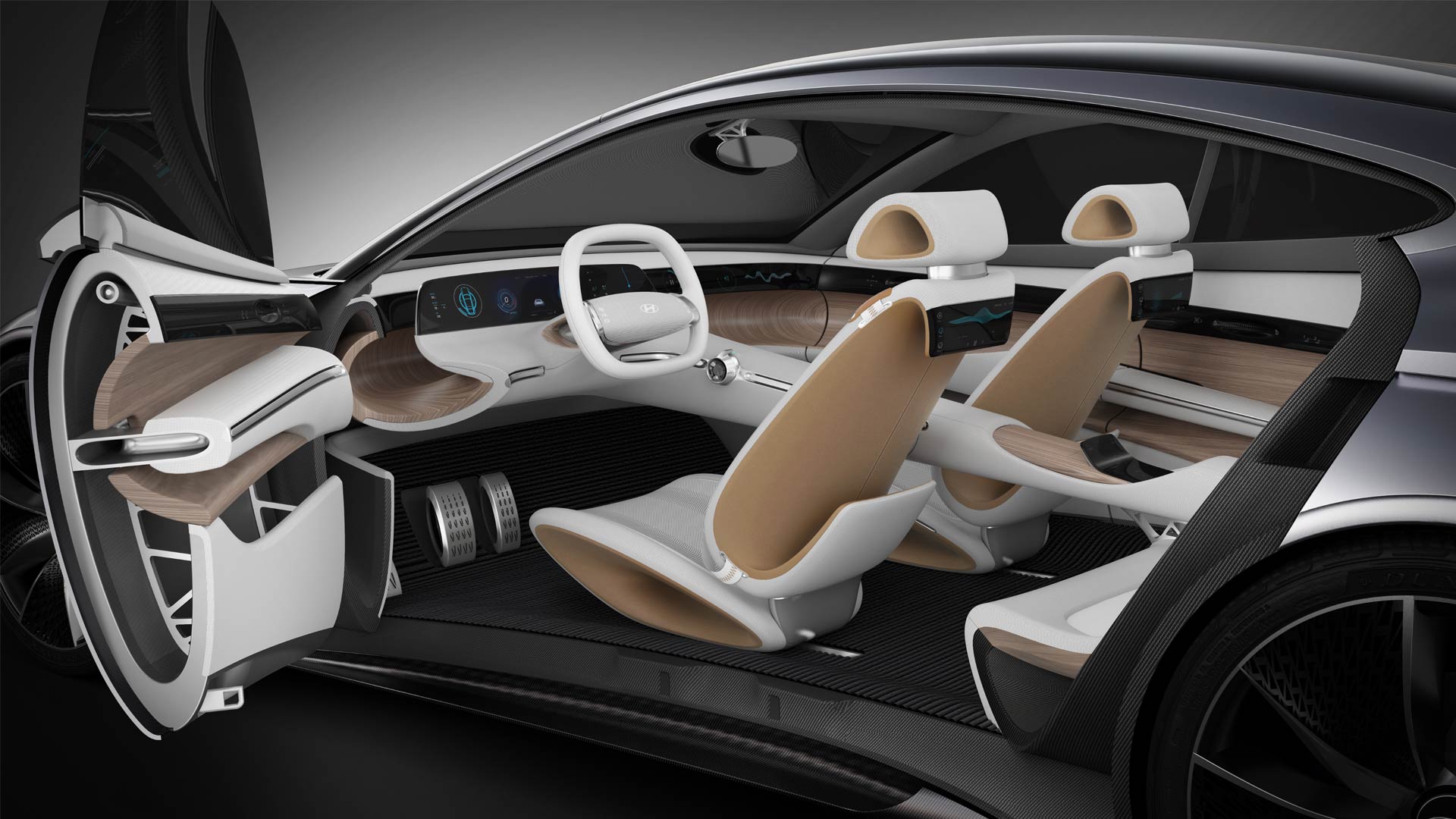 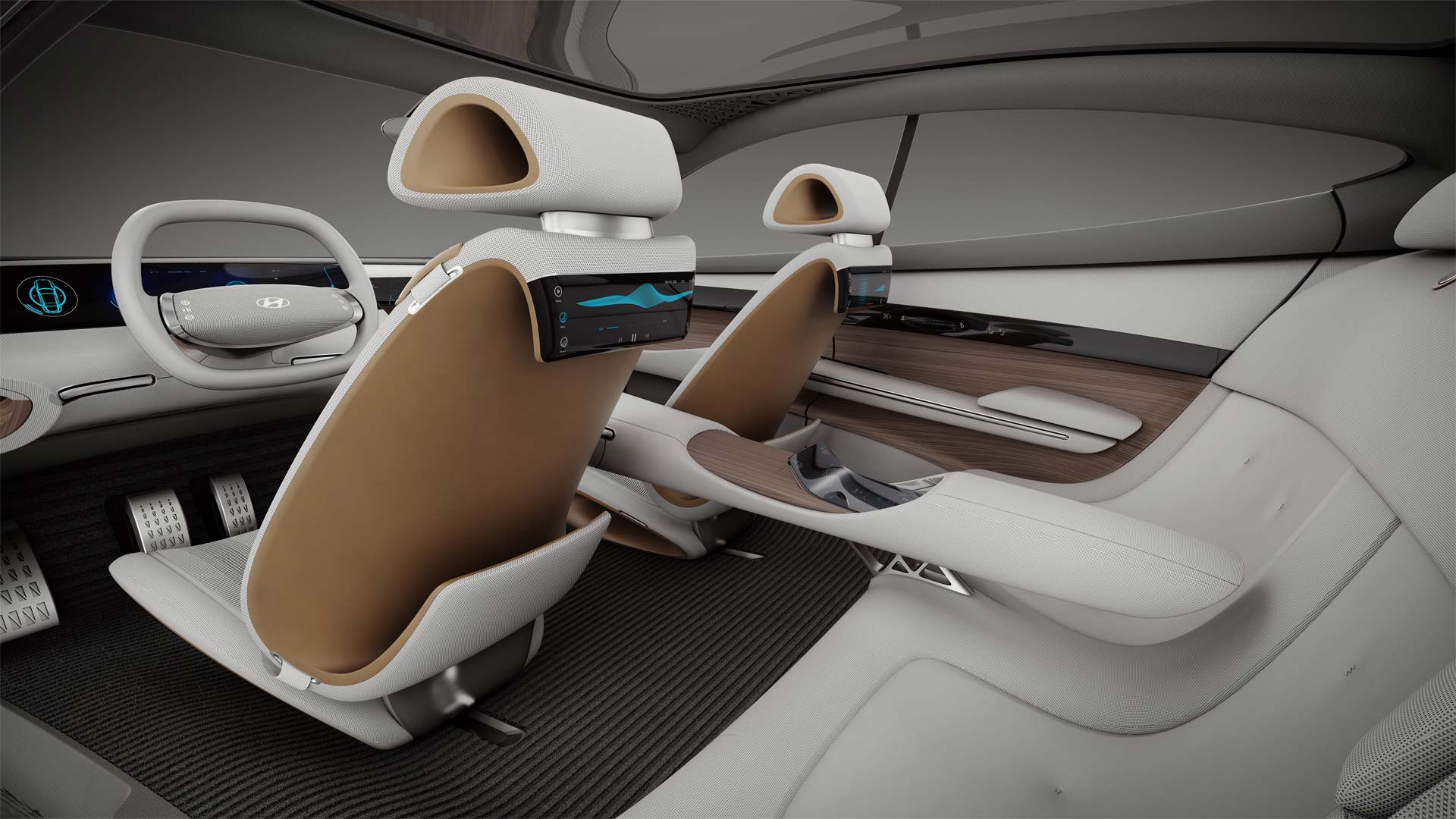 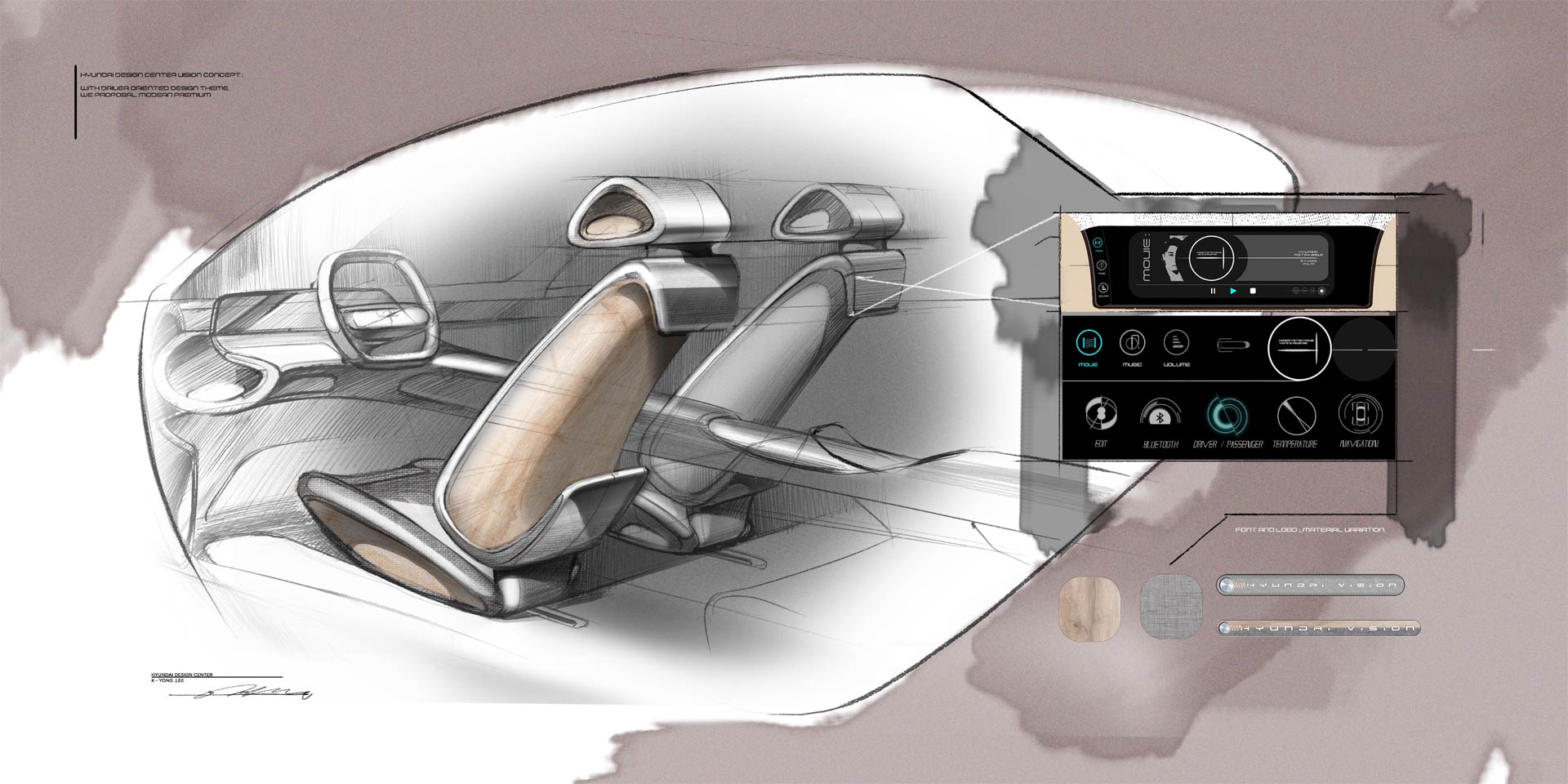 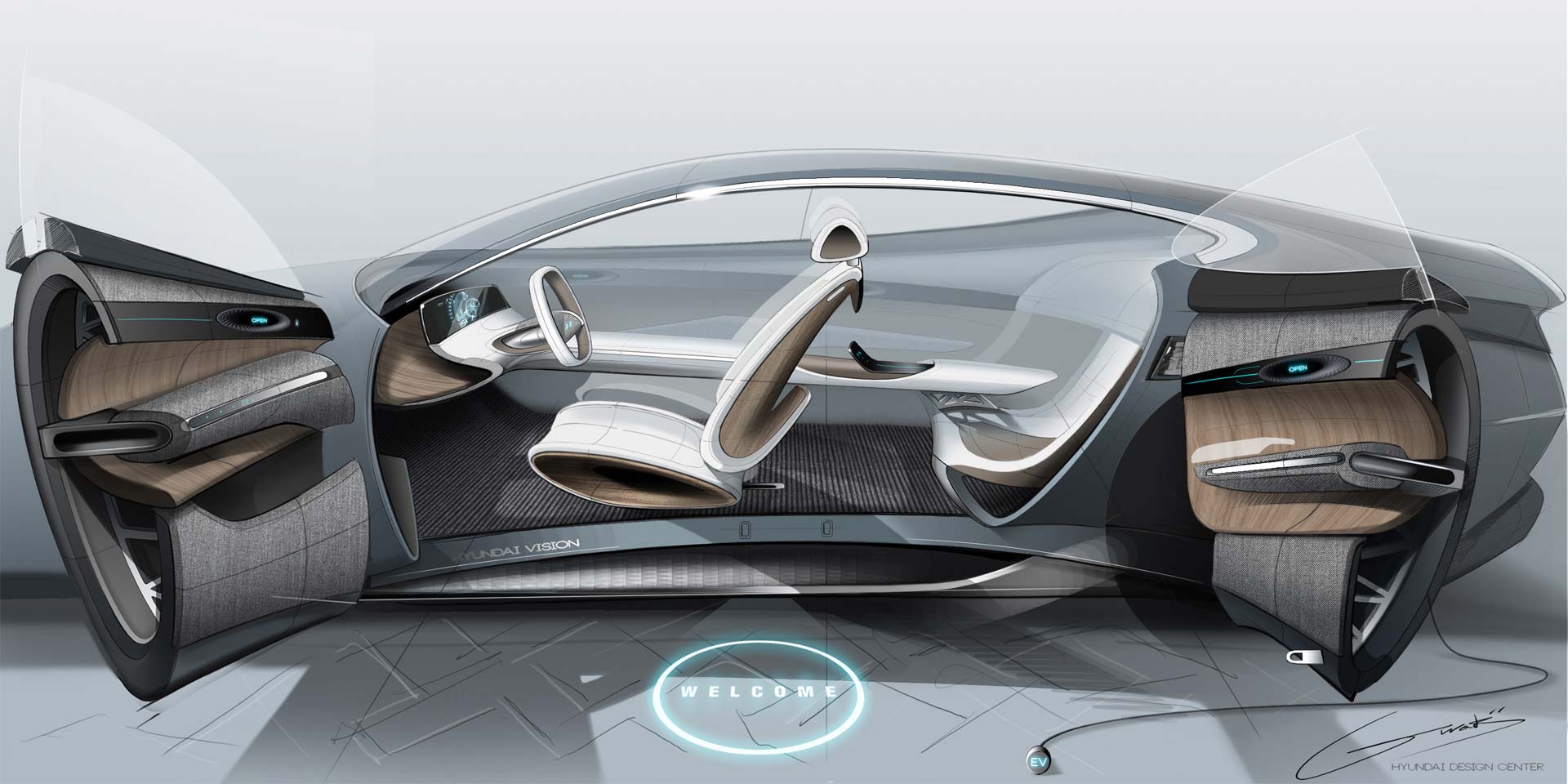 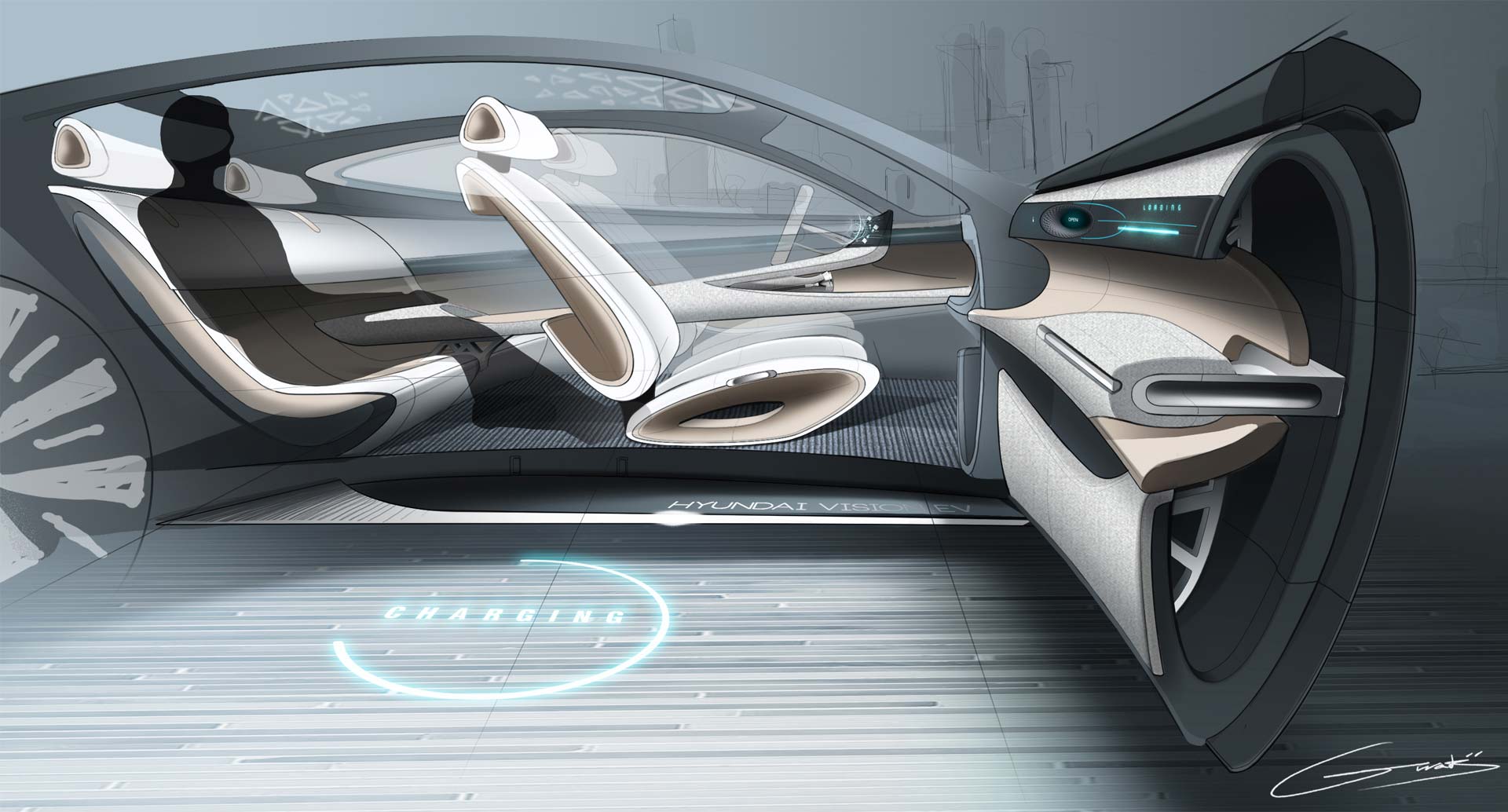