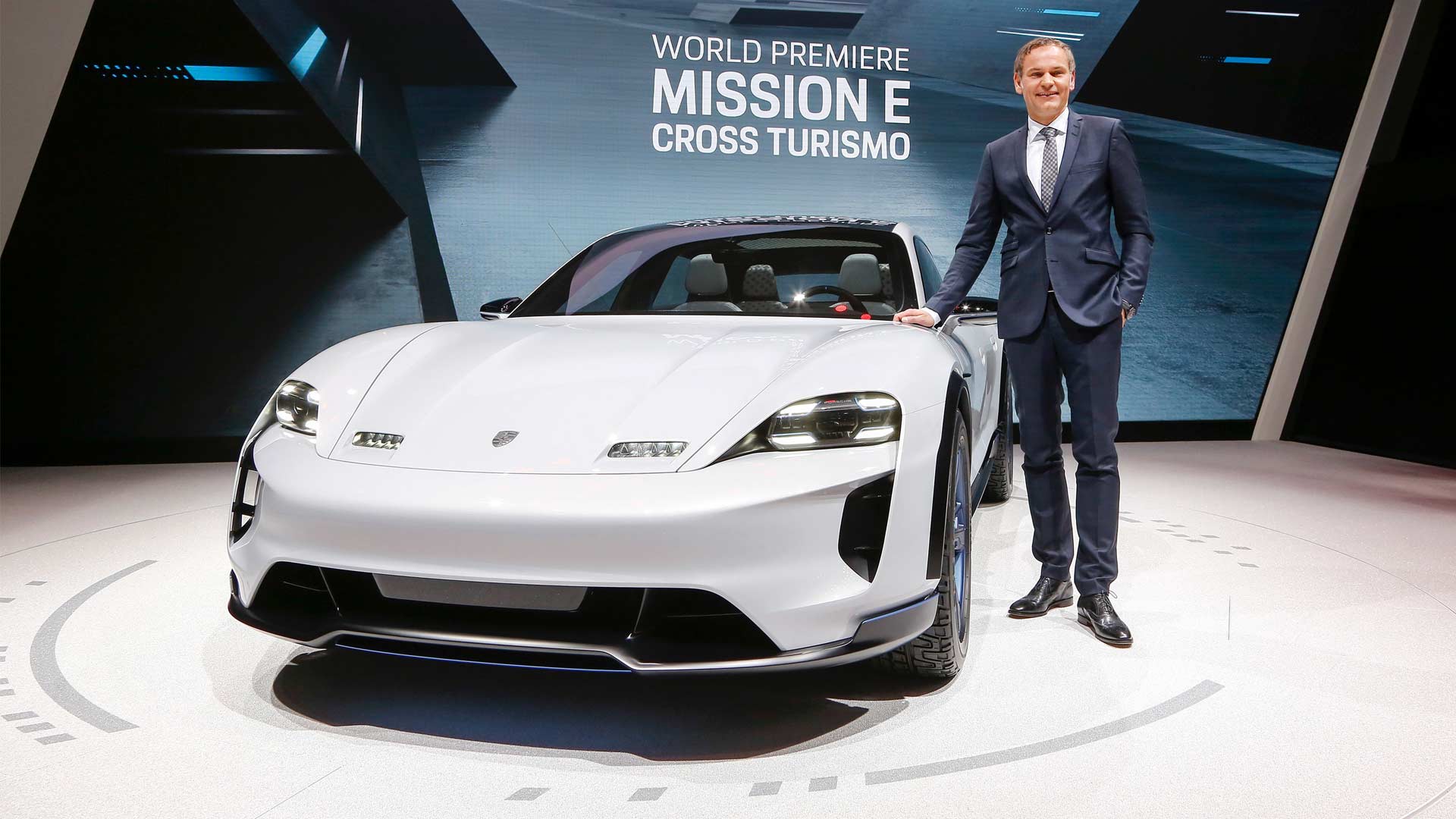 Porsche has unveiled the all-electric Mission E Cross Turismo at the 2018 Geneva Motor Show. Although it’s a concept vehicle at this point, Porsche said that Cross Turismo is “road-ready”, and builds on the Mission E that was showcased at the 2015 International Motor Show (IAA), and uses elements that are close to series production.

As for the looks, it’s pretty much the same as the Panamera Sport Turismo except the crossover elements. The front has matrix LED headlamps with the brand’s typical four-point daytime running lights while the rear-end is familiar with a continuous light strip. Wheels are 20-inch ones shod with 275/40 tyres.

This particular example is finished in light grey metallic paintwork. The luminescent white Porsche logo is composed of glass letters embedded in a three-dimensional cover with a circuit board design. During charging, the ‘E’ in the Porsche logo pulsates, and the circuit board is brought into life by pulses of light. A large panoramic glass roof extends from the windscreen to the boot lid ensuring a generous sense of space. The backrest of each individual seat in the rear has a load-through facility. Additionally, the boot features a rail system with adjustable and removable straps. The interiors feature anodized edges in Nordic Blue. The instrument cluster comprises three virtual round instruments that are divided into areas for Porsche Connect, performance, drive, energy and Sport Chrono. Using a camera in the rear-view mirror, the eye-tracking system detects which instrument the driver is looking at. The focused display is then brought to the foreground, while others are made smaller. Operations are carried out using smart touch controls on the steering wheel.

The passenger also has a display that extends across the full width. The passenger can operate various apps to control features such as media, navigation and air conditioning as well as contact lists. The 800-volt lithium-ion battery can be charged for a range of around 250 miles (400 km – as per NEDC) in just over 15 minutes. The total driving range is claimed to be over 500 km. The vehicle is prepared for connection to the fast charging network, which is being set-up on arterial roads as part of the IONITY joint venture. Additionally, the battery can be replenished using induction, a charging station or a Porsche home energy storage system — the latter is compatible with solar power generated by domestic photovoltaic systems. 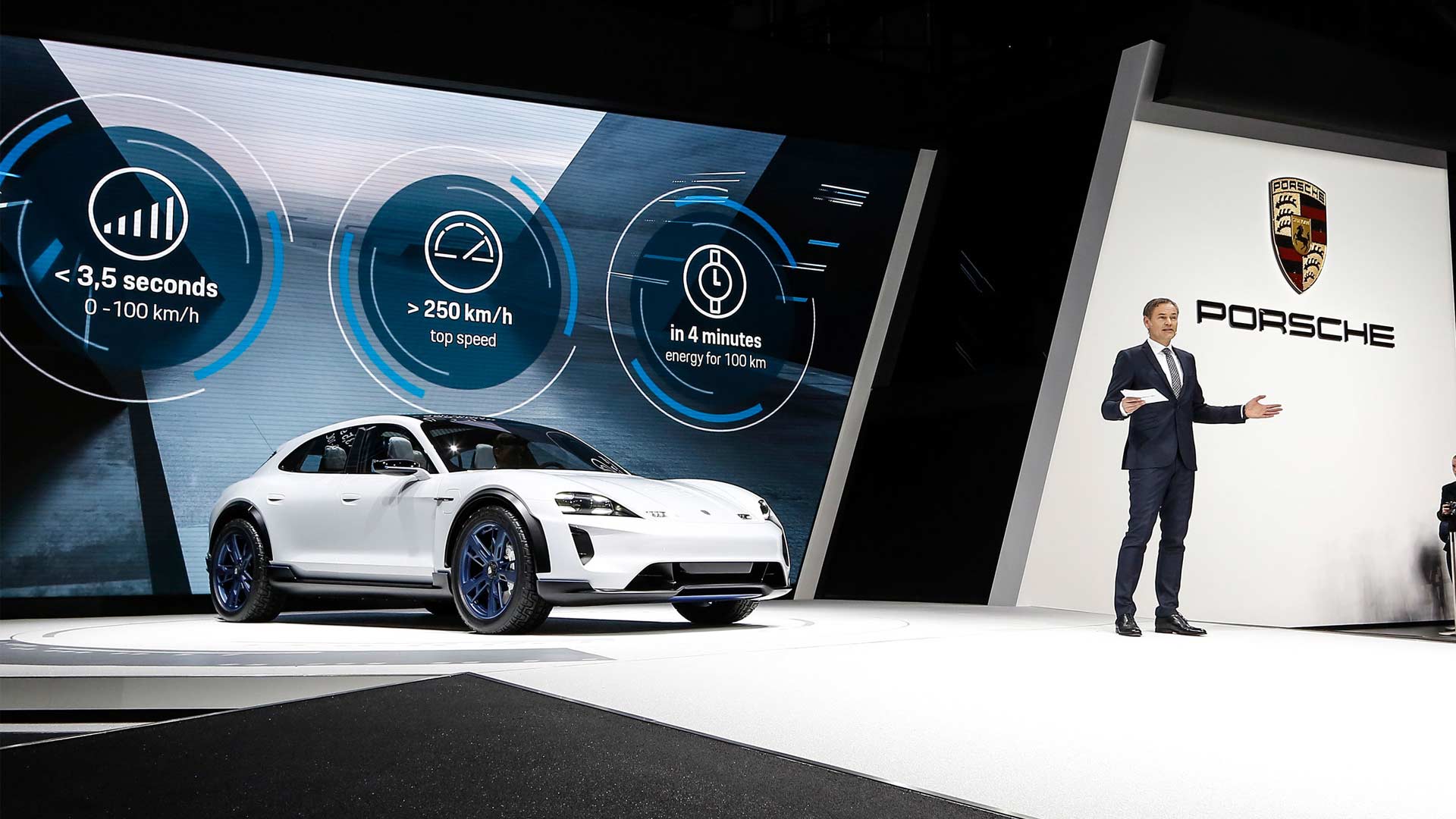 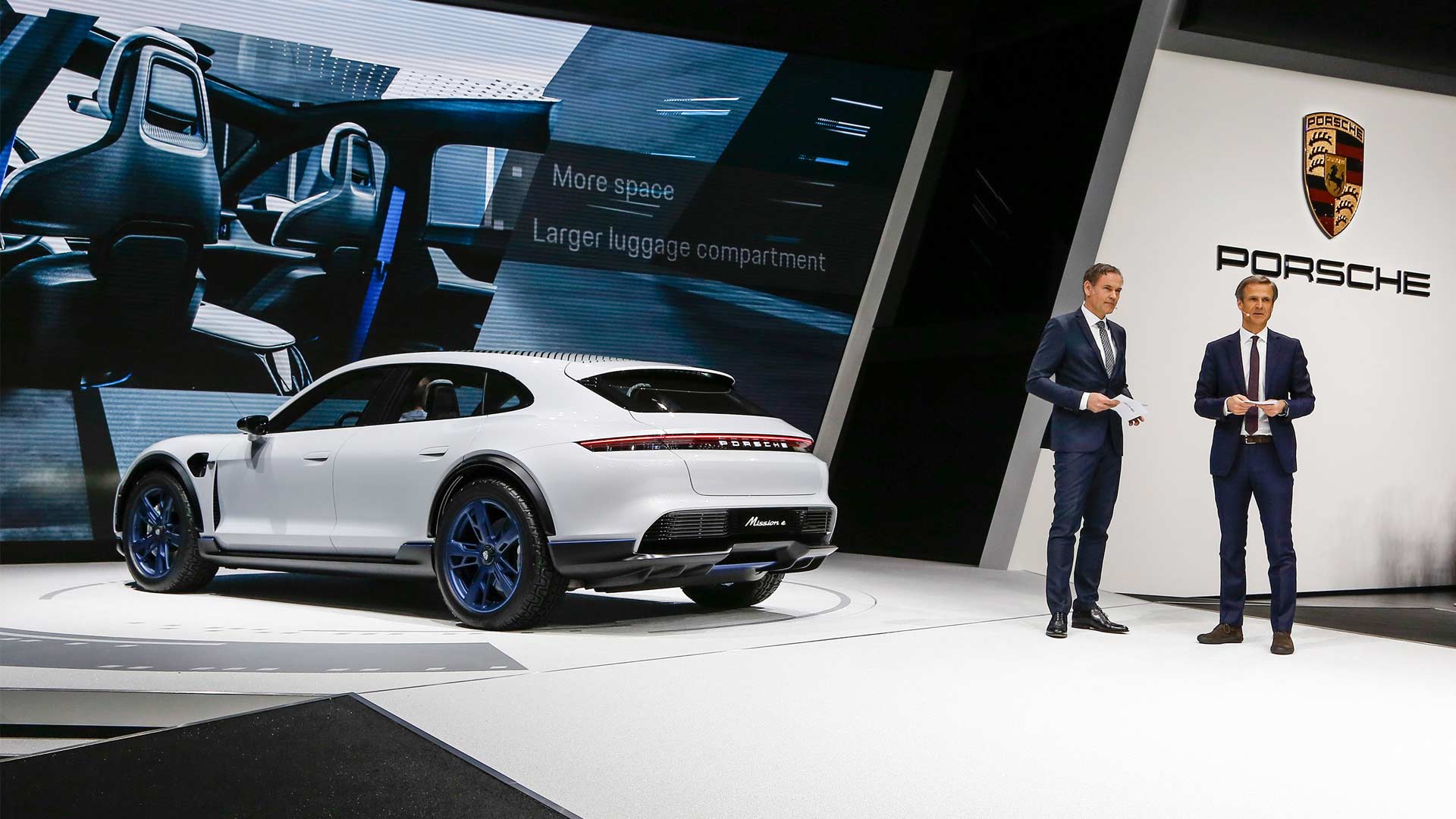 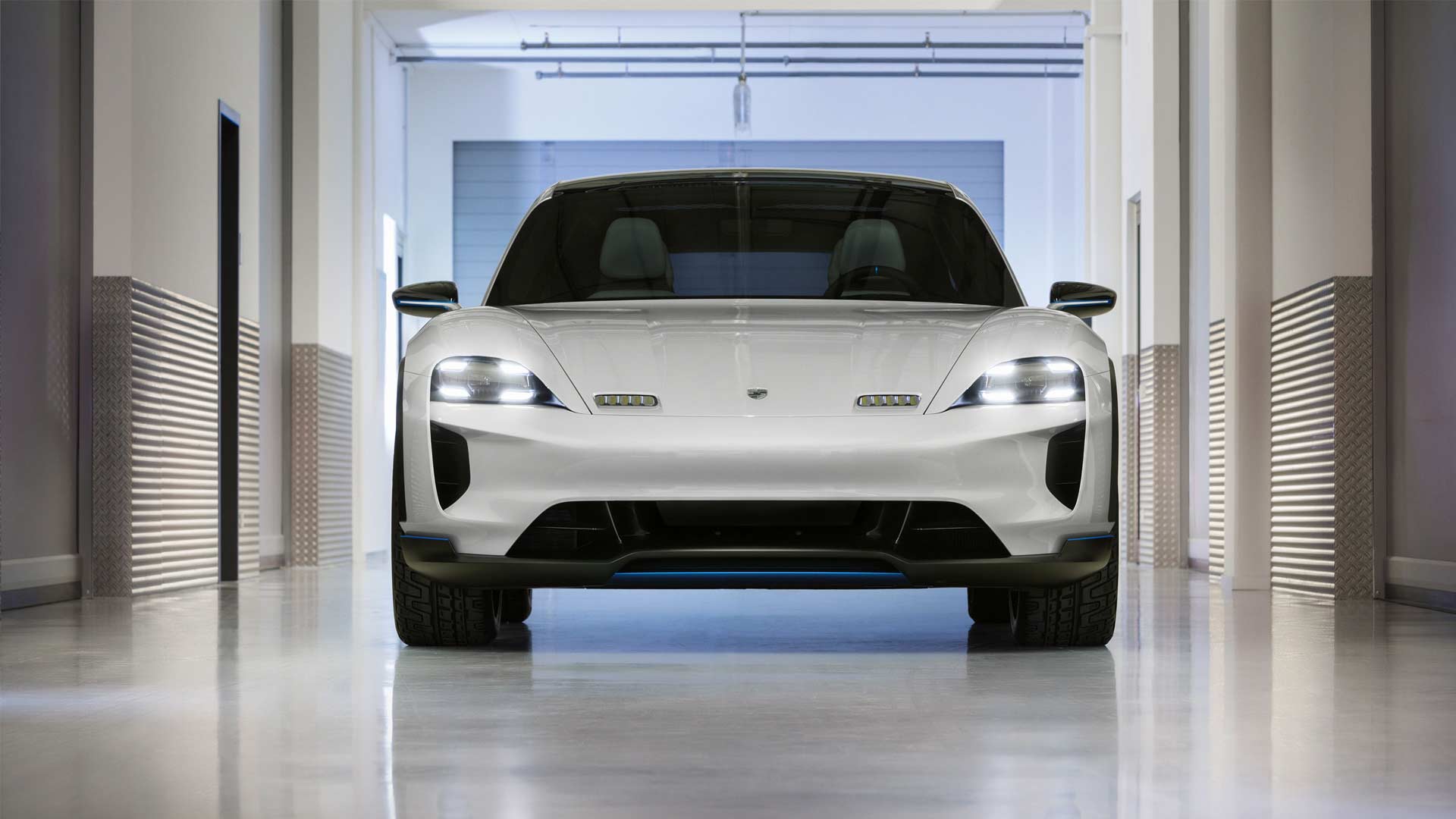 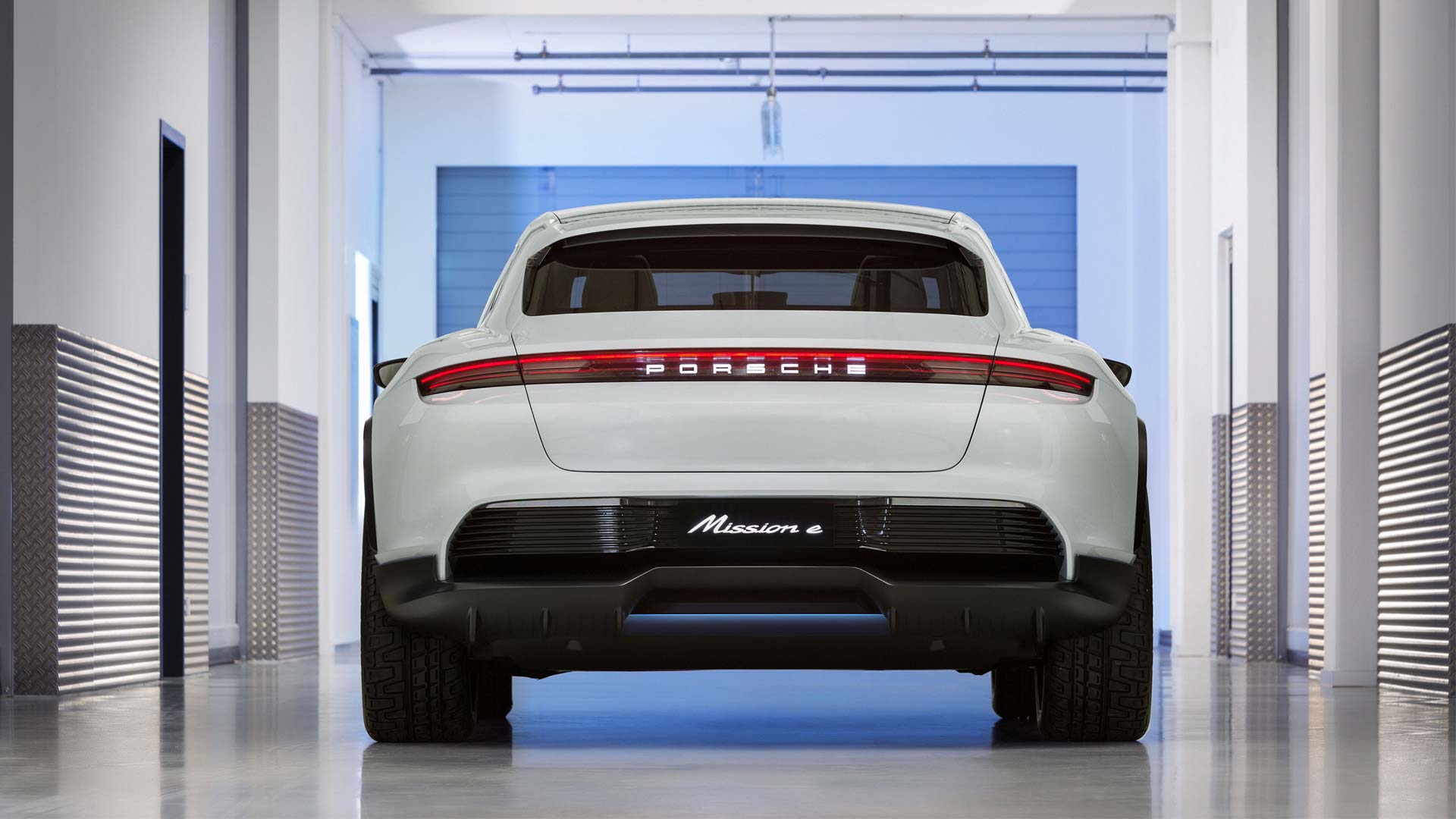 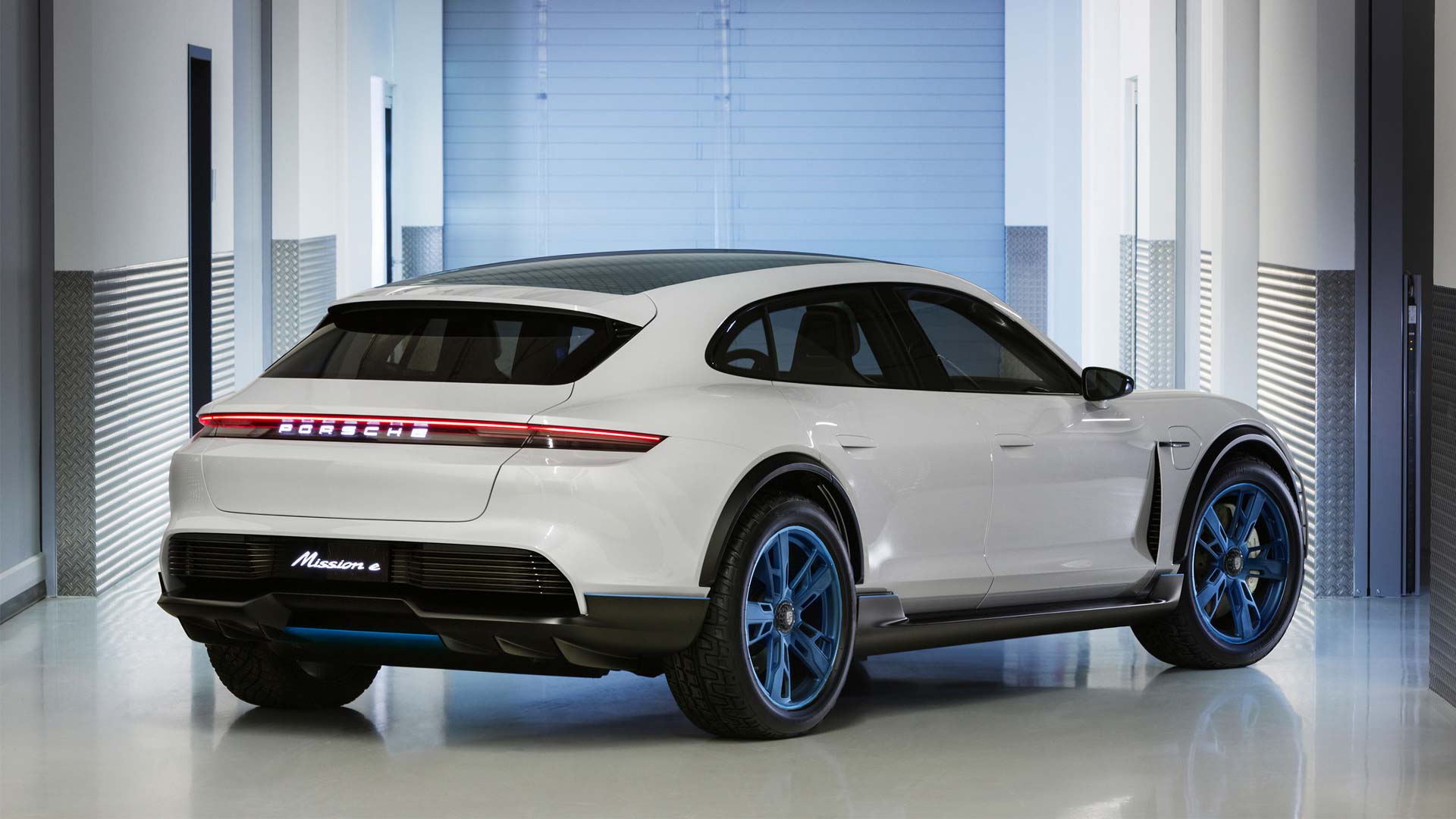