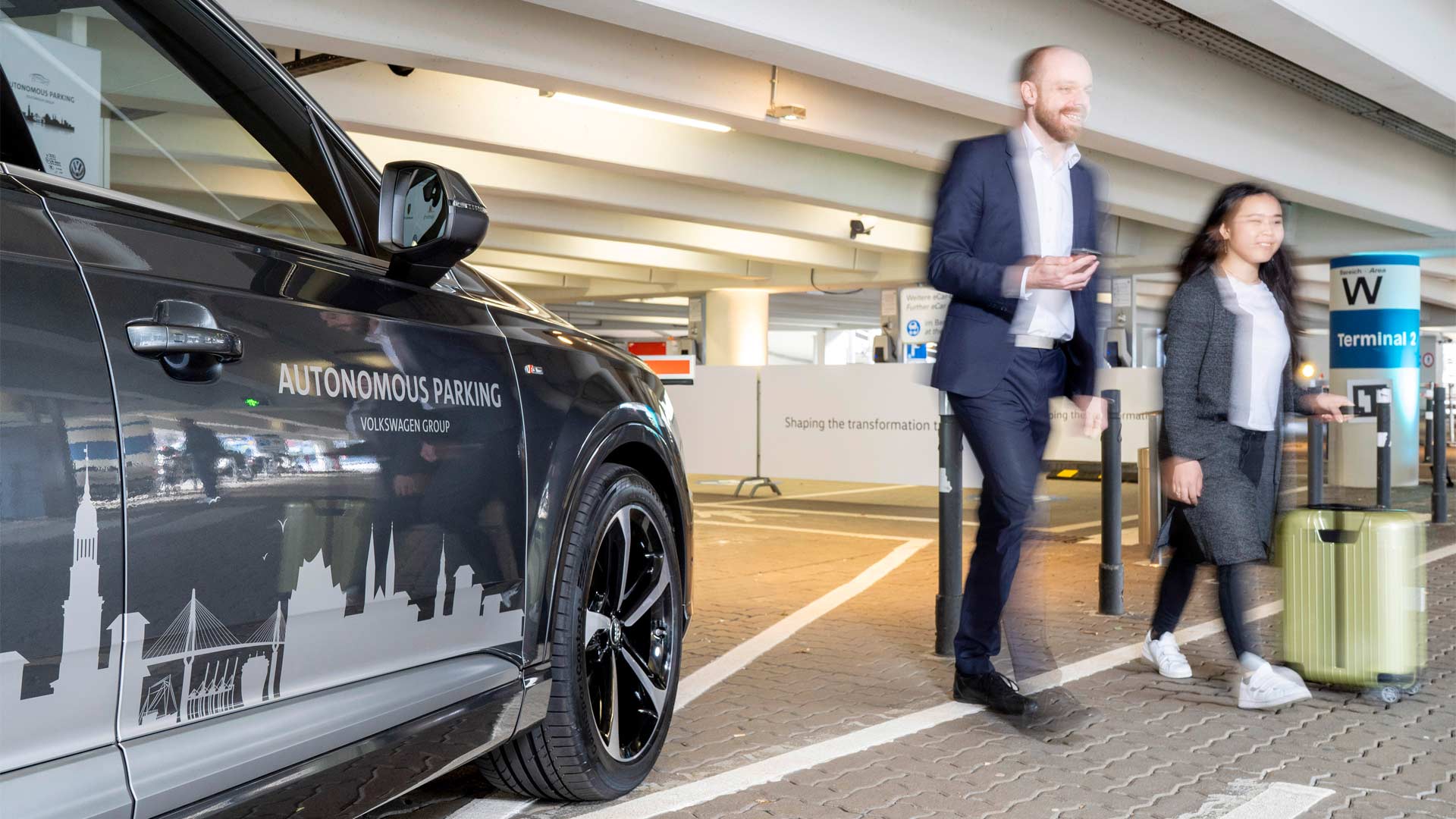 Volkswagen along with the group brands Audi and Porsche is currently testing autonomous parking at Hamburg Airport, for the technology to be available in the group vehicles by 2020.

Volkswagen said that in the interest of safety, the autonomous parking technology will be introduced in stages. In the first stage, it’ll be used in selected multi-storey car parks, in exclusive areas of the car park that is not accessible to people.

The vehicles with autonomous parking function will be equipped with an active surroundings recognition system. This system will be able to recognize objects and react accordingly, be that by going around them, braking or completely stopping. The technology comprises of a sensor set, including ultrasound, radar and cameras. The data is processed in a central control unit in the car.

In a multi-storey car park, the car uses map data to drive on its own accord to a vacant parking space. Simple pictorial markers put up in the car park help the vehicle with its orientation.

Audi AI Zones
In future, an Audi will take care of a variety of different things autonomously without the driver. The owner can leave his Audi in a marked area (Handover Zone), the car will then be able to drive independently to various service facilities, such as a car wash, a filling station or a shirt laundry service. All thanks to Audi AI, the car can also find a parking space and steer itself precisely to it.

At the desired time, it is back in the Handover Zone ready to continue the journey. The driver can track the car’s actions via an app and also add new services.

“In public areas, and possibly even at home, charging robots will contribute to increasing the acceptance of electric mobility,” said Uwe Michael, Head of Electrics/Electronics Development at Porsche. For the car gets not only automatically parked, but automatically charged as well. After going to a restaurant, for instance, the customer returns to a fully charged vehicle. Michael: “At the same time, utilization of the charging infrastructure is improved, because the car is only at a charging point for as long as it takes to be charged.”