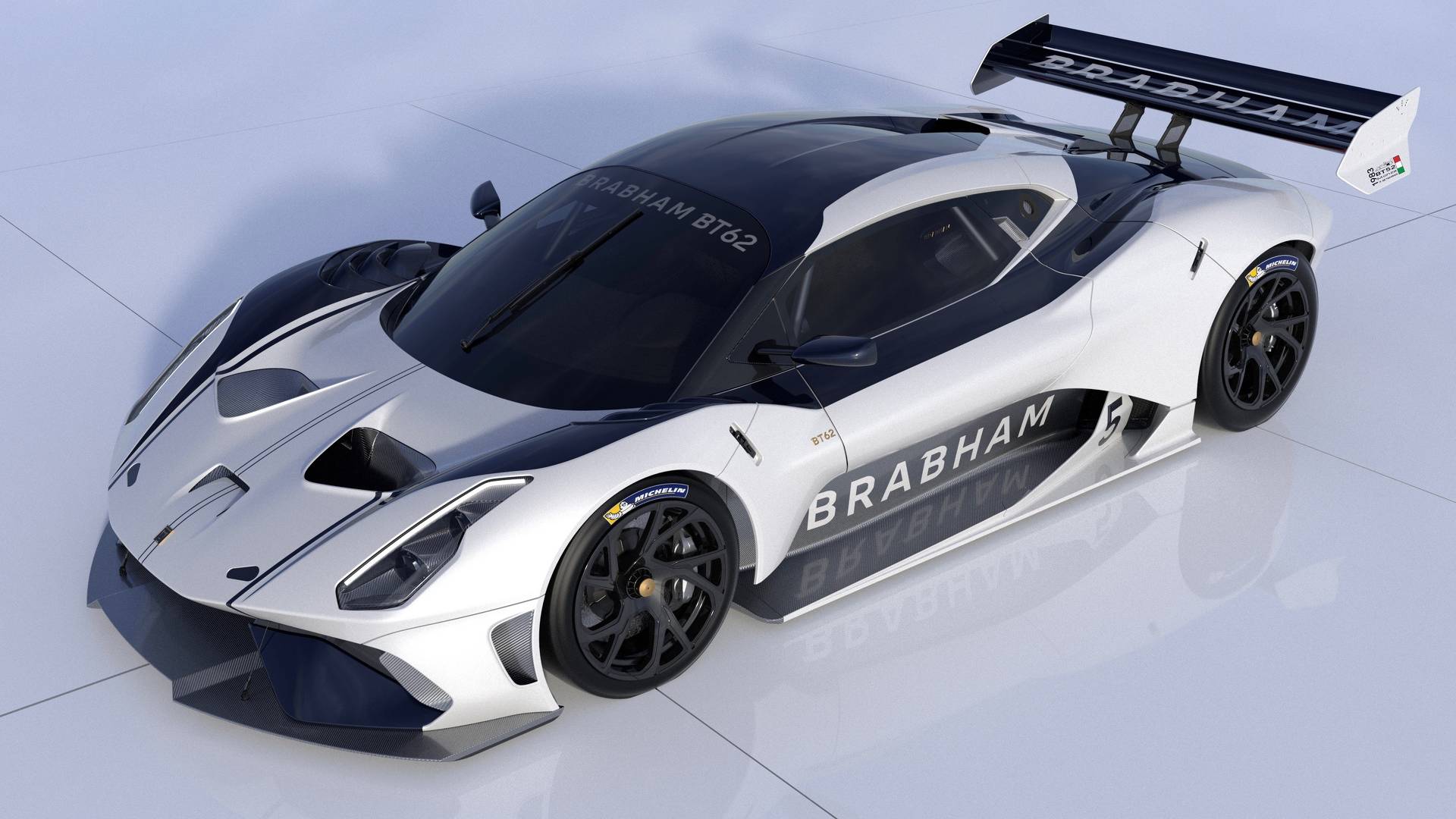 A brief history for those who’re wondering. Jack Brabham was a three-time Formula One world champion from Australia, who founded Brabham racing team with race car designer Ron Tauranac. They produced their own racing cars.

His youngest son David Brabham decided to continue his father’s legacy by founding the Brabham Automotive. The first product is the BT62, which carries the initials of the aforementioned founders. The car was unveiled in a gala event at Australian High Commission, London.

The BT62 is a track-only car, and has a dry weight of just 972 kg. Power comes from a 5.4 litre V8 naturally aspirated engine which produces 700 hp (522 kW) and 667 Nm (492 ft/lb) of torque. The mid-mounted engine is paired to race-spec transmission that sends power to the rear wheels.

The power-to-weight ratio stands at 720 hp per tonne. While its design has some hints of Ferrari and Lamborghini, its performance-optimised body and aggressive aerodynamic package delivers over 1200 kg of downforce. Saving additional weight are carbon-carbon brakes featuring 6 piston calipers front and rear. No official 0-100 or top speed figures just yet. The BT62 will be limited to 70 cars to celebrate the 70 years since Sir Jack Brabham launched his racing career in Australia in 1948 and the birth of Brabham Automotive in 2018.

The Brabham BT62 unveiled on the night was liveried in celebration of Jack Brabham’s green and gold BT19 and his historic victory at the 1966 French Formula 1 Grand Prix at Reims, the year in which he made history in becoming the first (and to date only) driver to win a World Championship in a car of his own construction.

The BT62 carries a base price tag of £1m plus local taxes, and before options. The first 35 will celebrate the 35 Grand Prix victories won by Brabham over its 30 reign in Formula 1, the company said. First deliveries of the Brabham BT62 are expected later this year. 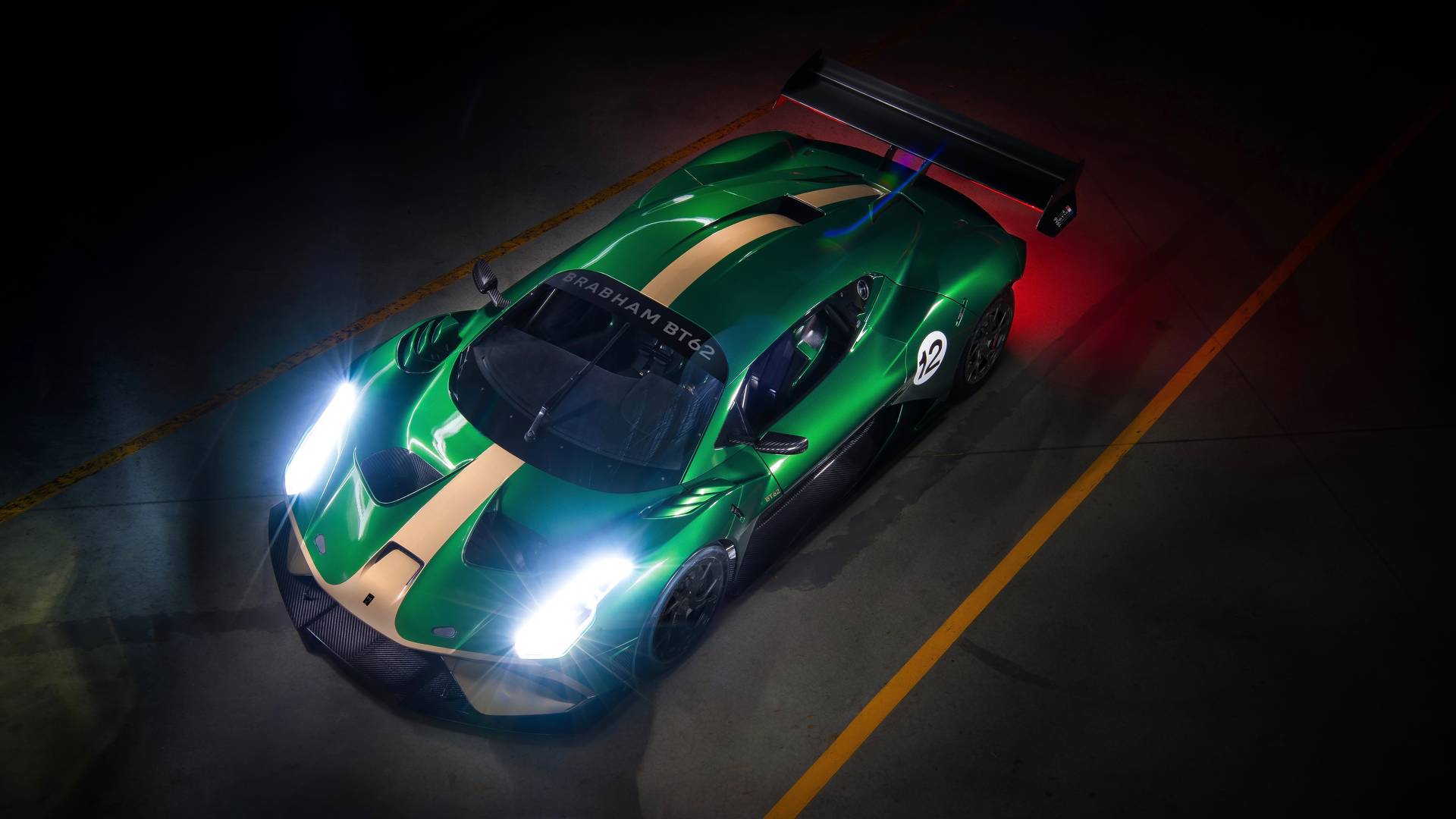 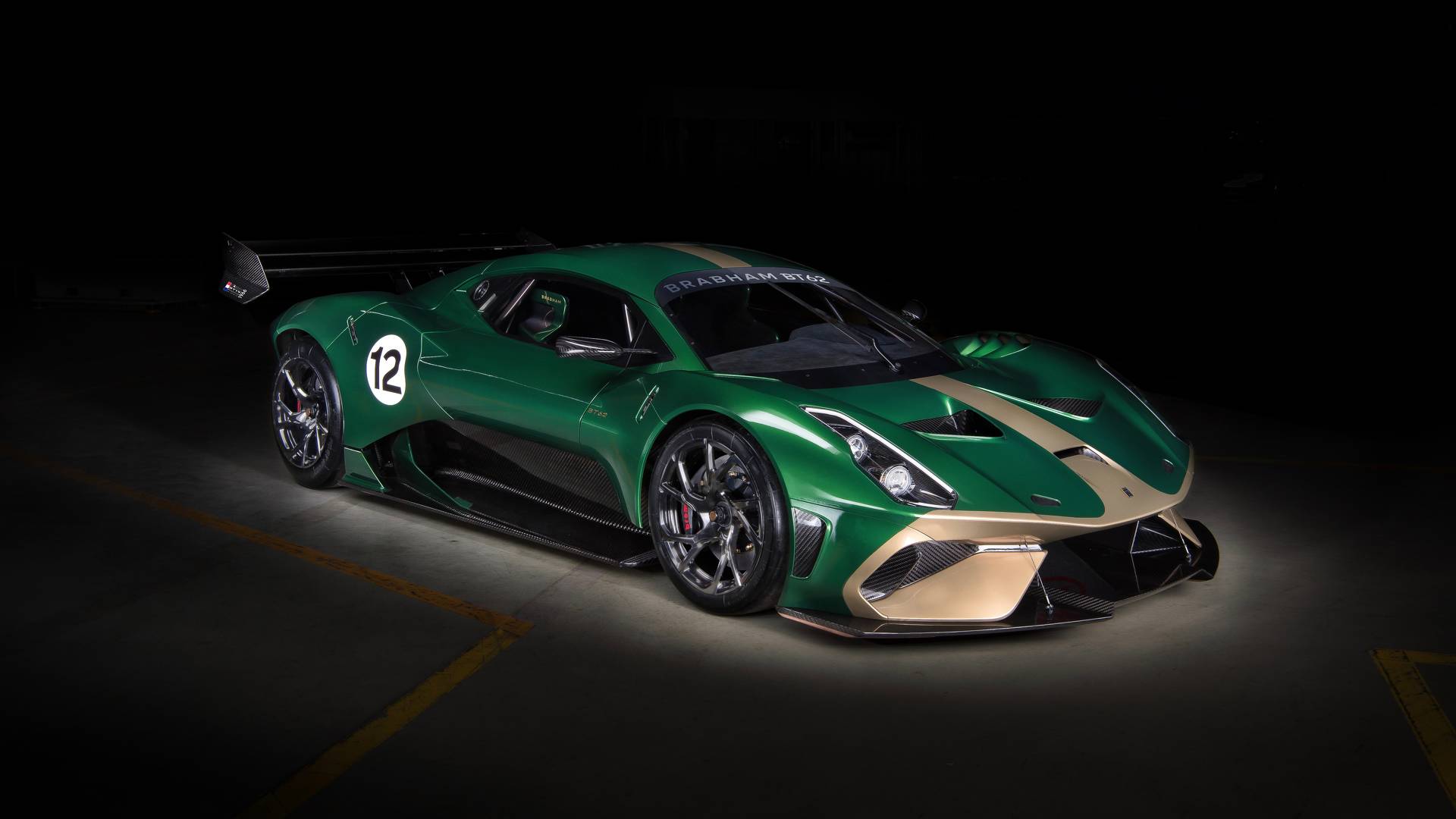 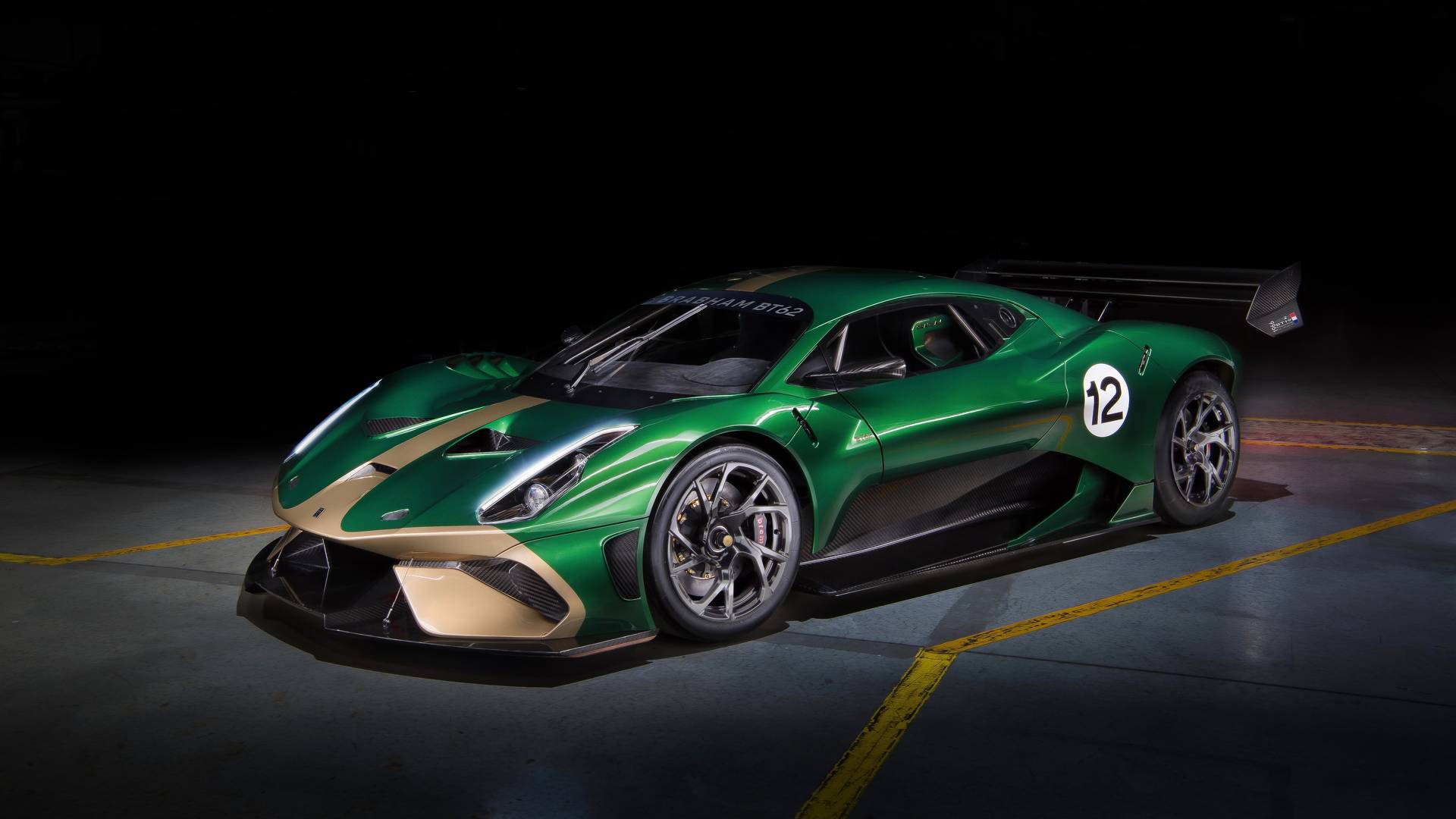 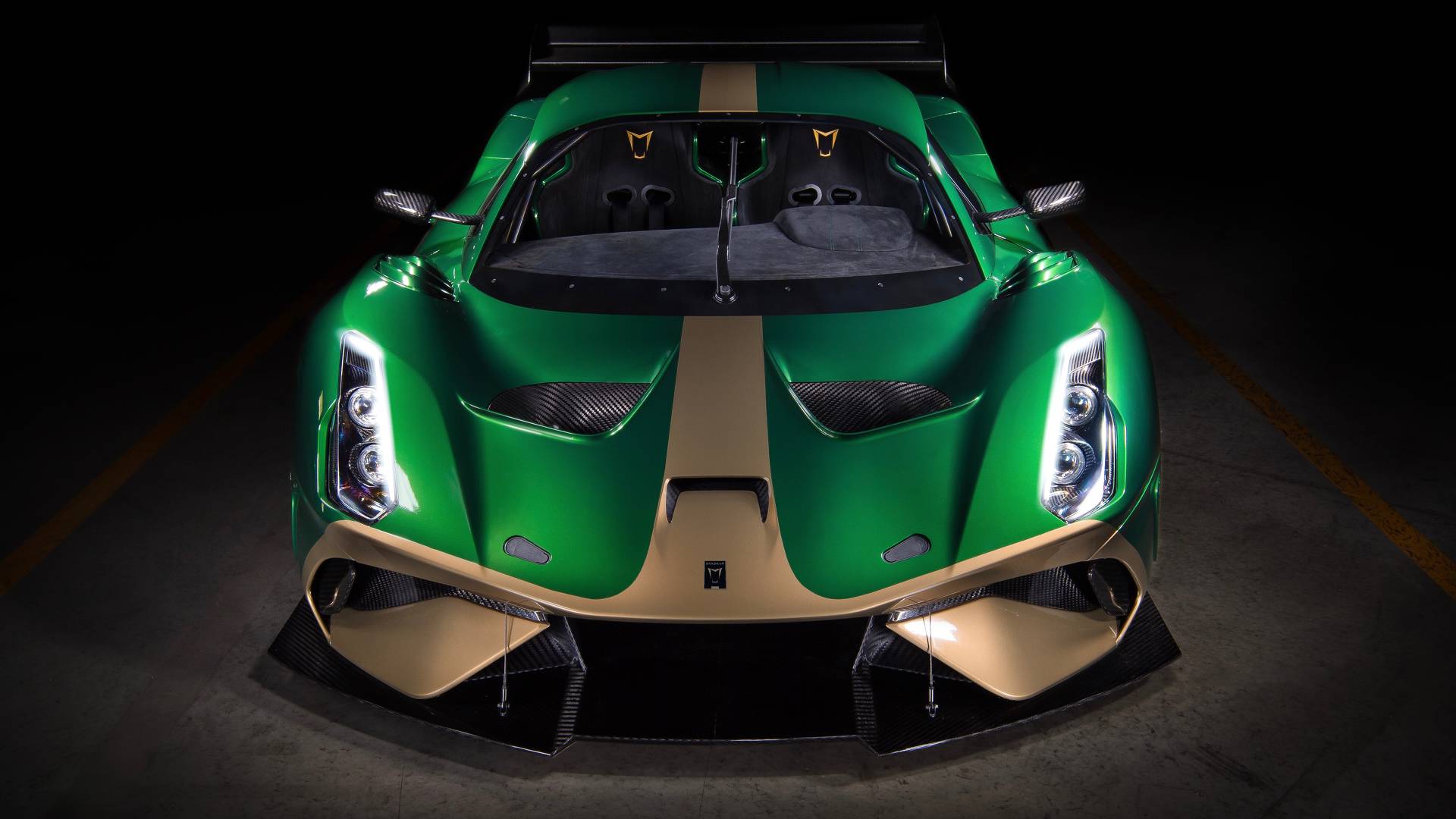 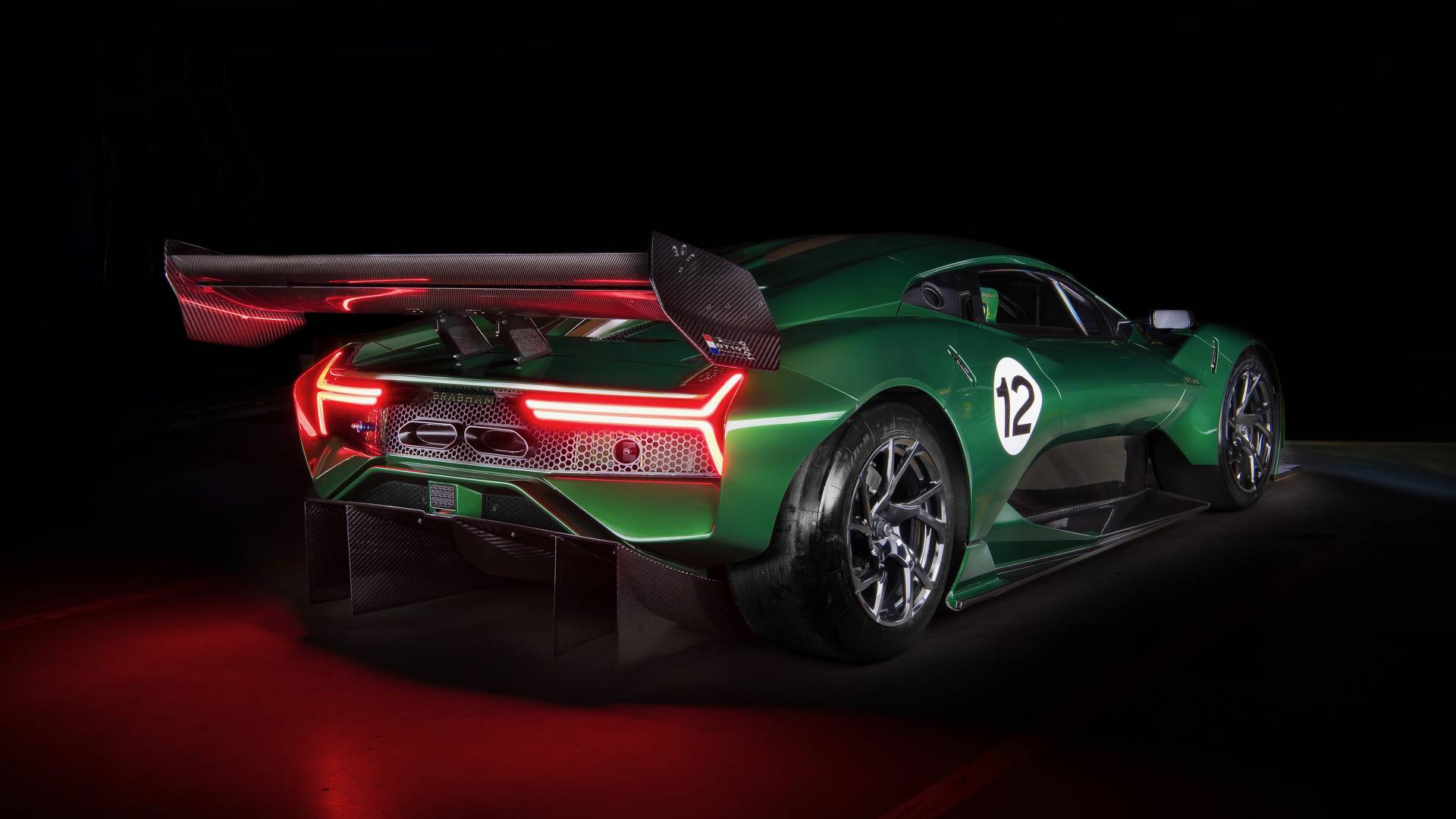