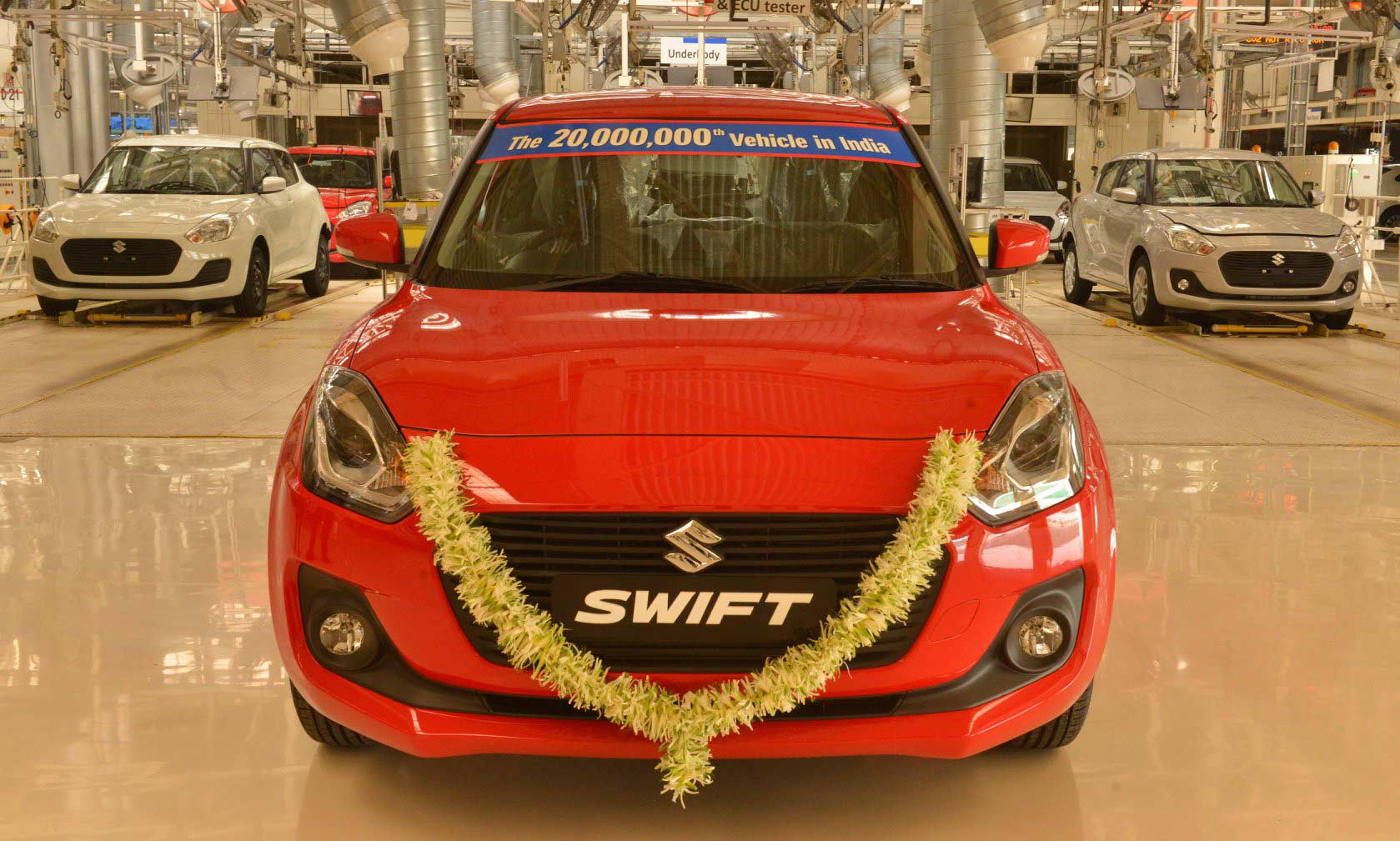 India becomes the second country after Japan in which Suzuki has reached this milestone, and the fastest country to reach 20 million units in just 34 years and 5 months since starting production in December 1983, breaking the record of 45 years and 9 months in Japan.

Suzuki’s automobile production in India started with the Maruti 800 by Maruti Udyog, the former company of the present Maruti Suzuki (MSIL).

Today, production is held at Gurgaon and Manesar Plants of MSIL, as well as Gujarat Plant of Suzuki Motor Gujarat – Suzuki’s 100% subsidiary. At these three production sites, 16 models are produced including the Dzire, Baleno, Alto, Swift, WagonR, and Vitara Brezza.