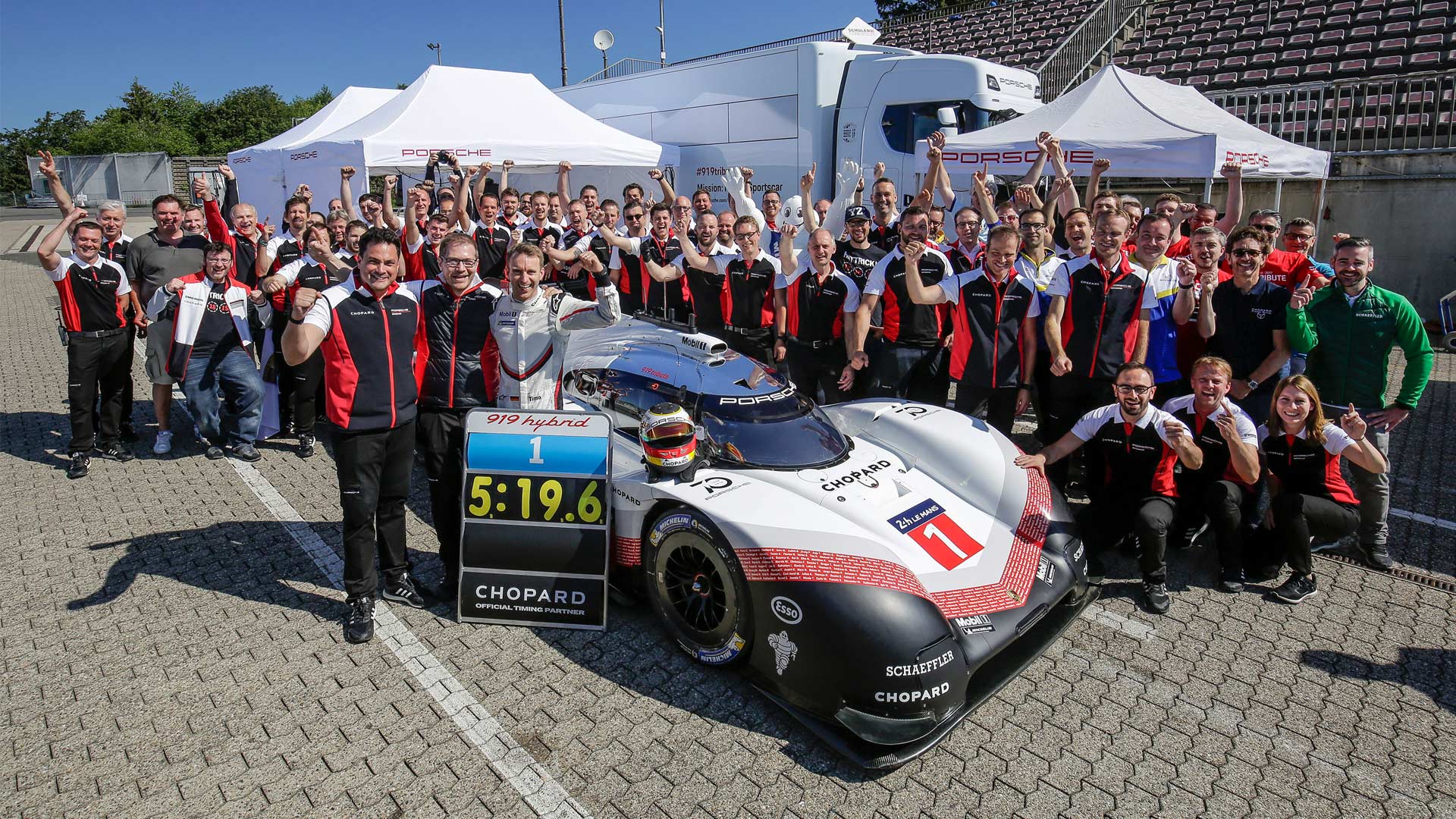 Transmission is a 7-speed sequential racing gearbox that sends power to the rear wheels. However, the MGU at the front axle can provide a temporary all-wheel drive when required (boost).

As for the suspension, the car features independent front and rear wheel suspension, push-rod layout with adjustable dampers and Pitch Link System with “actively controlled lockout system” — whatever it is, is not added to the 919 WEC version. The new larger front diffuser now balances the new and very large rear wing, both of which have actively controlled drag reduction systems (DRS). The hydraulically operated systems trim the trailing edge of the front diffuser and opens up the slot between the rear wing main plane and the flap respectively in order to reduce drag.

In total, the aero modifications resulted in a 53% higher downforce and an increase in efficiency by 66% (compared to the 2017 Spa WEC qualifying), Porsche said.

Timo Bernhard, a five-time overall winner of the Nürburgring 24-hours, two-time outright winner of the Le Mans 24-hours and reigning World Endurance Champion with the Porsche 919 Hybrid, clambered out of the tight Le Mans prototype cockpit. “This is a great moment for me and for the entire team – the 919 programme’s icing on the cake. The Evo was perfectly prepared and I have done my best on this lap. Thanks to the aerodynamic downforce, at sections I never imagined you can stay on full throttle. I’m pretty familiar with the Nordschleife. But today I got to learn it in a new way,” said the 37-year old from Bruchmühlbach-Miesau in the German region of Saarpfalz.

He is a huge admirer of Stefan Bellof. In 2015, on the 30th anniversary of Bellof’s fatal accident, Timo raced at the Spa-Francorchamps 6-hour race of the FIA World Endurance Championship with a helmet carrying the famous black-red-gold design of the 1980s star. “For me, Stefan Bellof is and remains a giant,” he emphasises. “Today my respect for his achievement with the technology available back then increased even more.” Porsche further said that the WEC efficiency regulations limited the energy from fuel per lap by using a fuel flow meter. The V4 combustion engine’s output back then was around 500 hp. Freed from these restrictions, equipped with an updated software but running the regular race fuel (E20, containing 20% bio ethanol), the Evo version delivers 720 hp.

The recuperated energy is stored in a liquid-cooled lithium-ion battery with cells from A123 Systems.