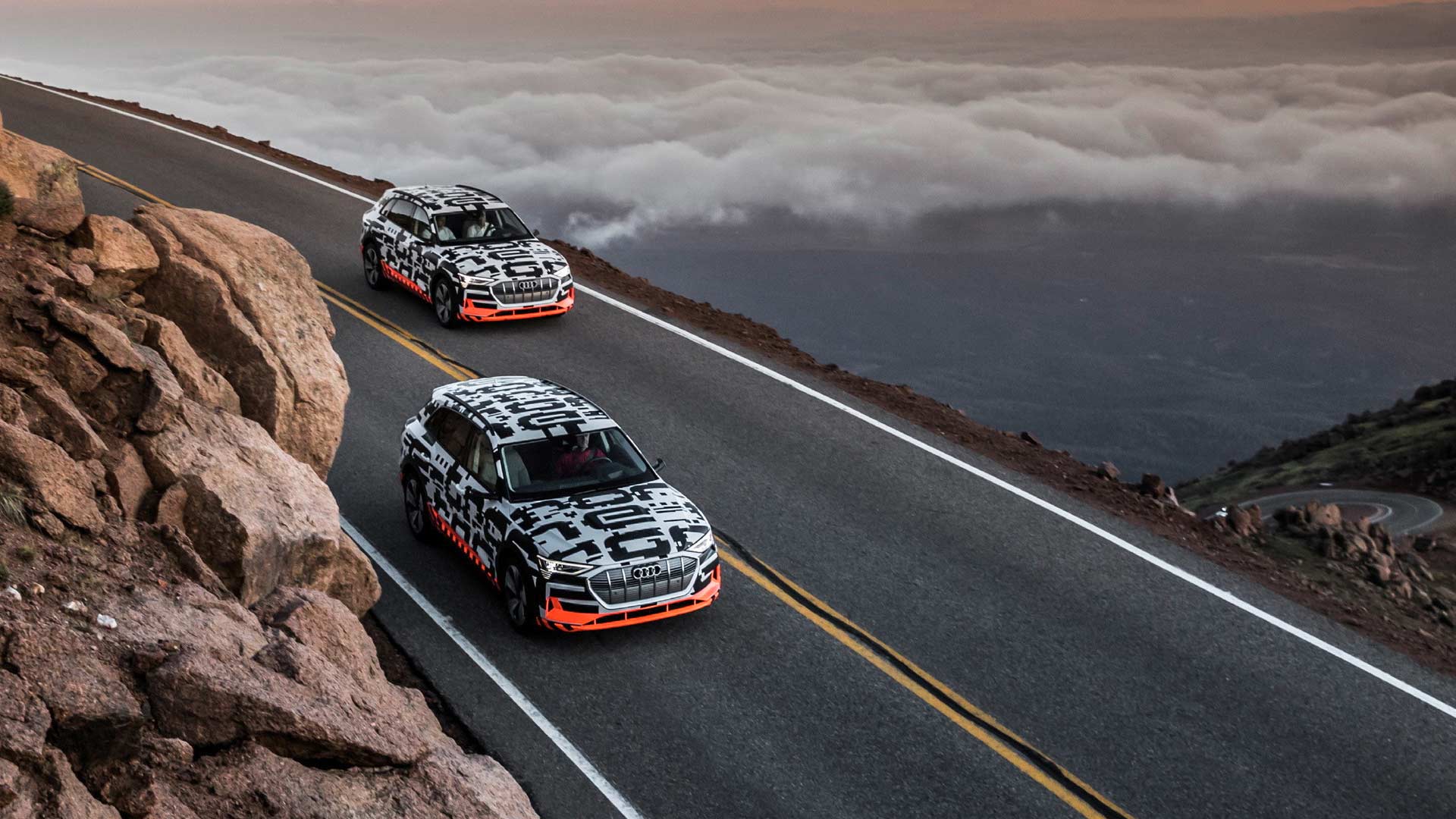 The Audi e-tron SUV is all set to make its world premiere in San Francisco on 17 September 2018, but before that, Audi continues to share some interesting facts.

According to Audi, the electric SUV’s variable recuperation system is the most efficient among all the competitors. On its 31 kilometer (19 mi) downhill drive at Pikes Peak, the electric SUV feeds so much energy back to the battery that it can cover approximately the same distance again. The difference in altitude of about 1,900 meters provides the necessary conditions for this.

The e-tron prototype recuperates energy with up to 300 Nm of torque (221.3 lb-ft) and 220 kW of electric power – more than 70 percent of its operating energy input. No series production model has achieved such a value up to now, the company said.

Up to 0.3 g, the e-tron prototype recuperates energy solely via the electric motors, without using the conventional brake – that covers over 90 percent of all decelerations. As a result, energy is fed back to the battery in practically all normal braking maneuvers.

The driver can select the degree of coasting recuperation in three stages using the steering wheel paddles. At the lowest stage, the vehicle coasts with no additional drag torque when the driver releases the accelerator pedal. At the highest stage, the electric SUV reduces the speed noticeably – the driver can slow down and accelerate using only the accelerator pedal. This creates the one-pedal feeling and no need to use the brake pedal in this deceleration scenario, Audi said.

The wheel brakes are involved only when the driver decelerates by more than 0.3 g using the brake pedal. They respond extremely quickly, thanks to a new electrohydraulic actuation concept. Audi claims to be the first manufacturer in the world to use this concept in a series production electric vehicle. A hydraulic piston in a compact brake module generates additional pressure and thus additional brake force for the recuperation torque.

When automated emergency braking is performed, there are only 150 milliseconds between the initiation of deceleration and the presence of maximum brake pressure between the pads and disks. Thanks to this rapid pressure buildup, the braking distance is shortened by up to 20 percent compared with a conventional brake system.

Depending on the driving situation, the aforementioned brake control system decides – electrically on each individual axle – whether the e-tron prototype will decelerate using the electric motor, the wheel brake, or a combination of the two. The brake pedal is decoupled from the hydraulic system. Audi says that the transition from the engine brake to the pure friction brake is smooth, and the driver doesn’t notice it.