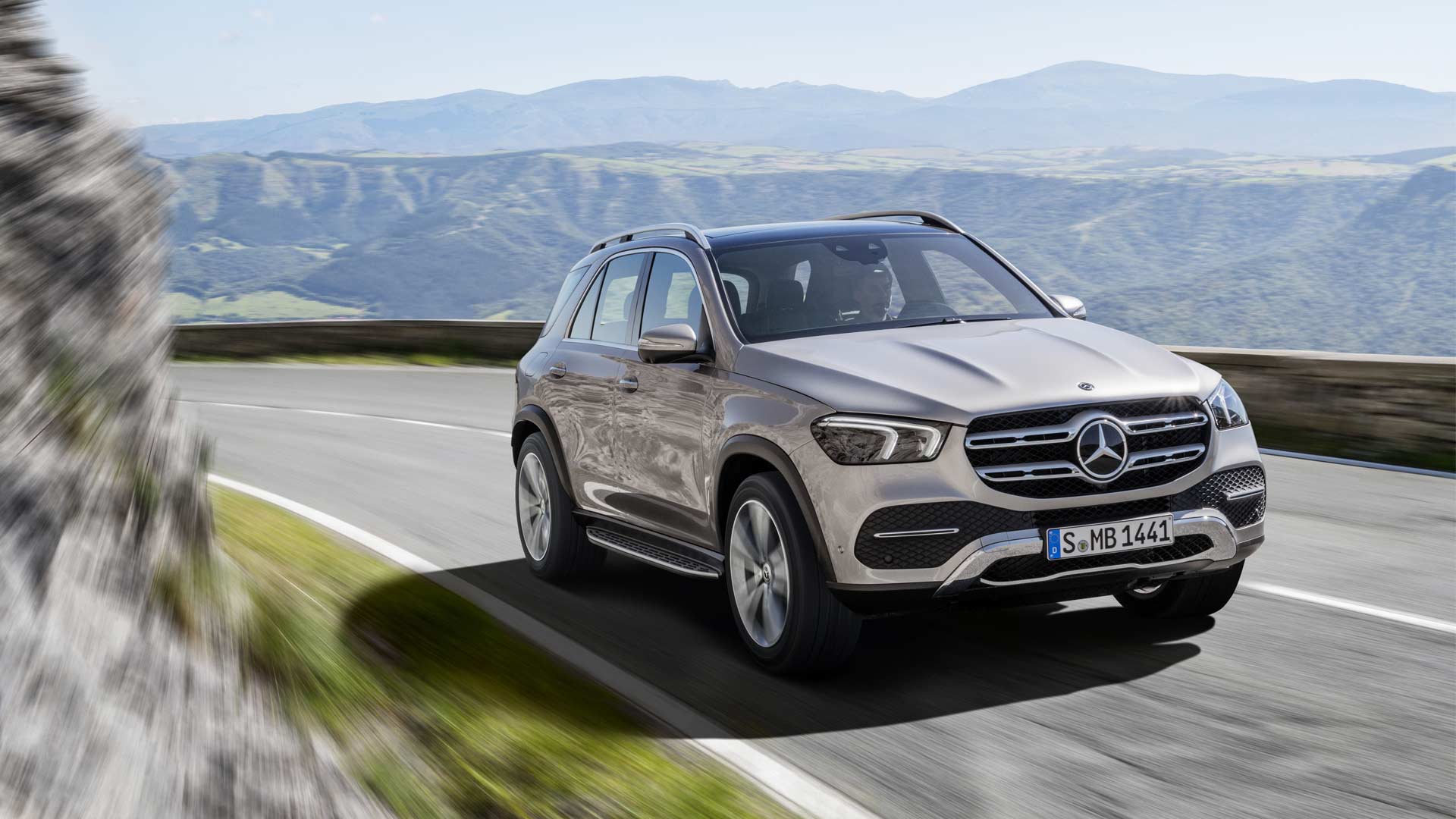 Mercedes-Benz has revealed the 4th generation GLE ahead of its public debut at the 2018 Mondial de l’Automobile or Paris Motor Show.

Jumping straight to the design, the first thing you’ll instantly notice is that the distinctive wrap-around rear windscreen which has been the signature of the GLE or the former M-Class, has been retained. The lines are more smoother, resulting in a Cd figure of 0.29—an improvement over the outgoing model’s 0.32 Cd.

The Multibeam LED headlamps produces the maximum light intensity permitted by law, i.e. the brightness of the main beam headlamps remains above the reference value of 1 lux over a distance of more than 650 metres.

At the rear, the angular tail lamps remind you of some VW Group cars. The reflectors are located further down the bumper, and the exhausts appear to be real—a welcome change. The wheel options range from 18- to 22-inches. 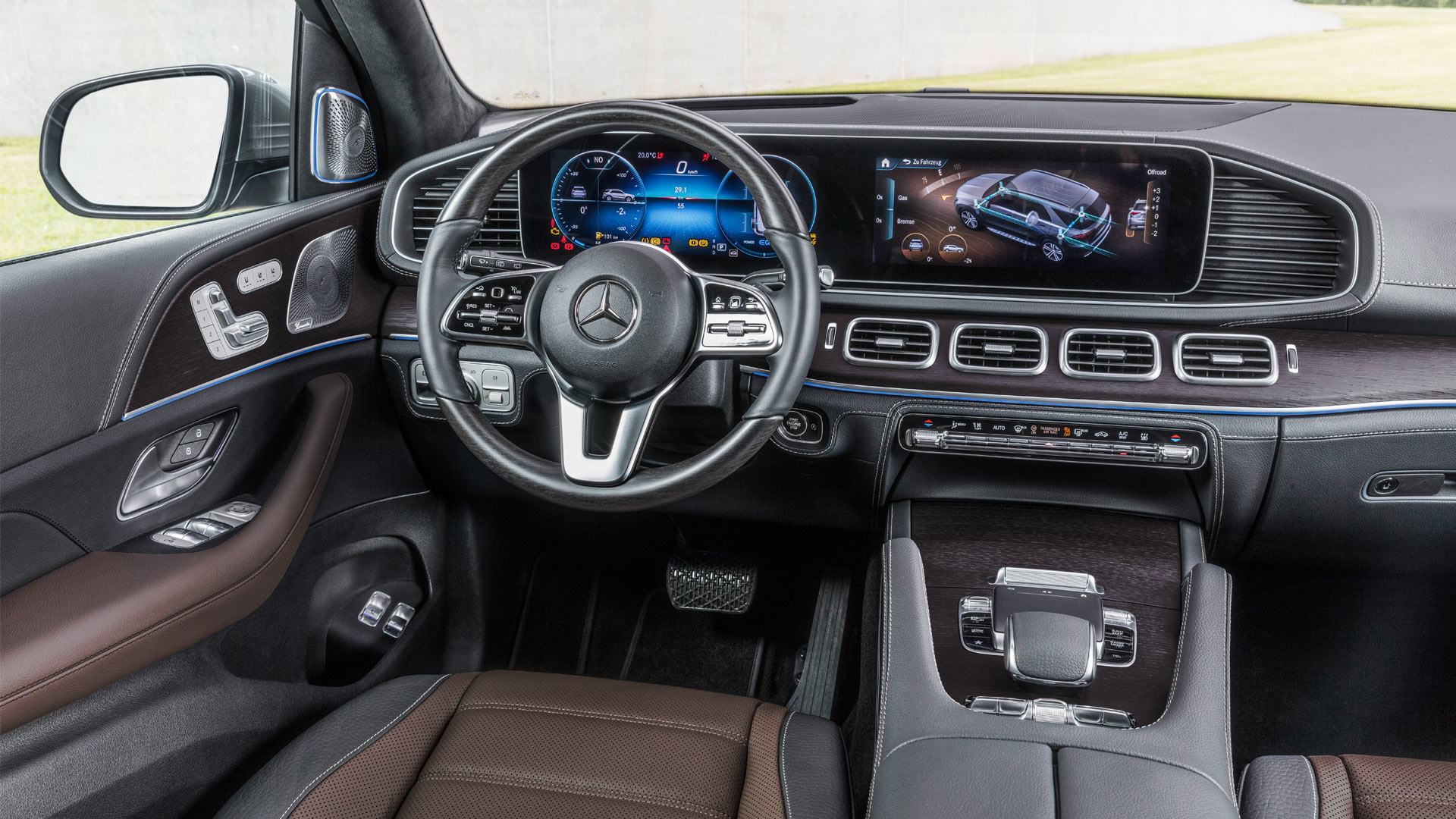 Interiors look a lot more interesting than the exteriors, thanks to the new MBUX – Mercedes-Benz User Experience which made its debut in the new A-Class. Depending on mood or to suit the chosen interior, the user has a choice of four different styles—Modern Classic, Sport, Progressive and Discreet.

The optional MBUX Interior Assist comes with an overhead camera that registers movements of the driver’s and front passenger’s hands, and when a hand approaches the touchscreen or the touchpad on the centre console, the display highlights the elements accordingly. The system is able to distinguish the driver’s hand from that of the front passenger, and therefore knows whose seat massaging function is to be activated, for example. 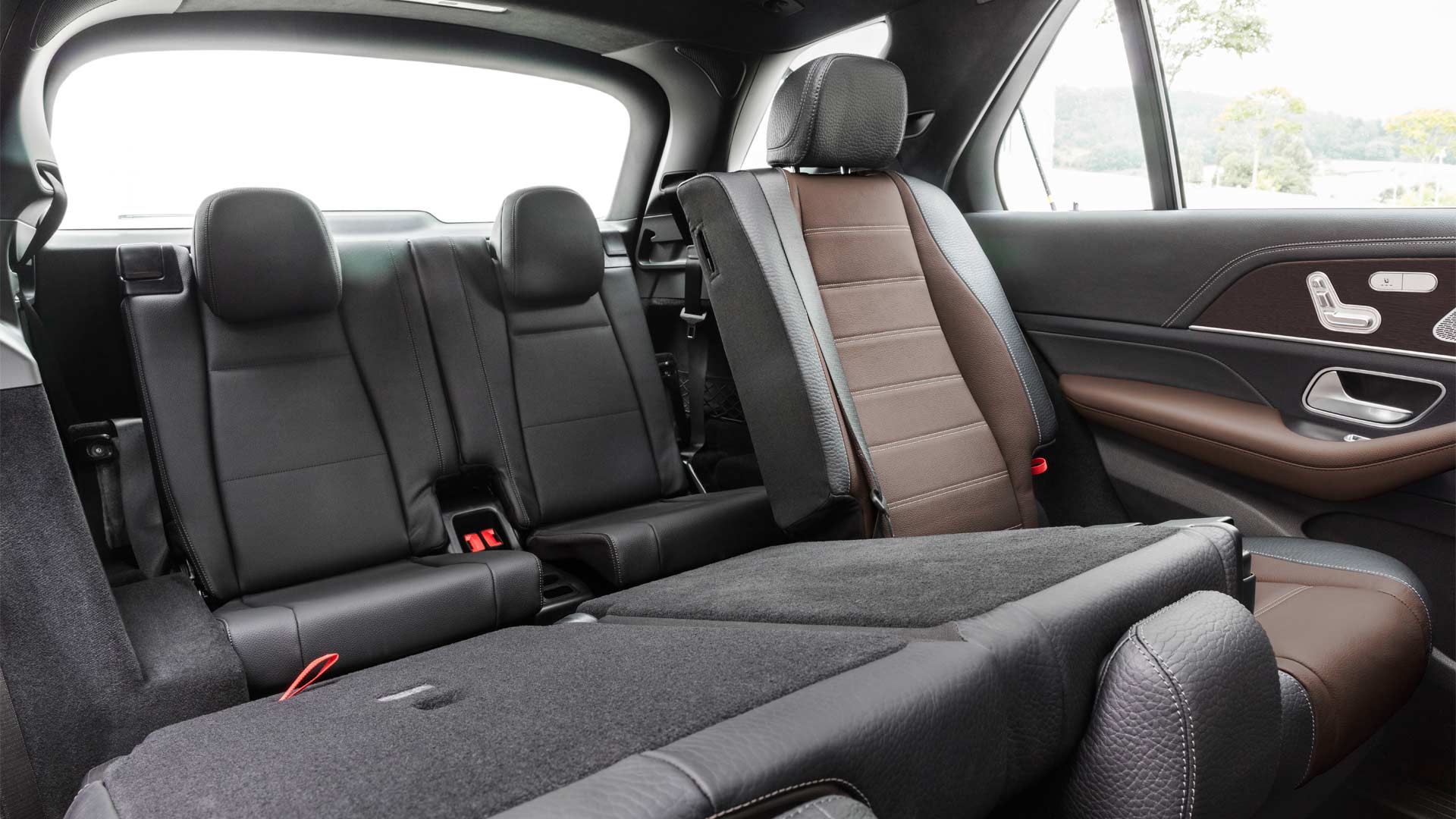 Longer wheelbase
More interesting is that the new GLE has a longer wheelbase than its predecessor (2995 mm, +80 mm) which translates into more interior space, especially for the rear passengers. Buyers can opt for fully electrically adjustable second seat row and a third seat row is also available as an option. The luggage capacity is up to 825 litres behind the rear seats, and up to 2055 litres when the second seat row is folded down.

Thanks to the Airmatic air suspension, the vehicle’s rear can be lowered by around 40 mm using a switch, for easier loading and unloading.

Powertrains
Which brings us to the business end. The new GLE will be launched with a new in-line 6-cylinder petrol engine, and other engines including diesels and a plug-in hybrid will follow later.

The GLE 450 4Matic is powered by the aforementioned petrol engine which develops 270 kW (367 hp) and 500 Nm of torque. It comes with a 48-volt electrical system for mild-hybrid functionalities such as EQ Boost and energy recuperation. The integrated starter/alternator (ISG) provides an additional “EQ Boost” of 22 hp and 250 Nm of torque, for short periods.

In all models of GLE, power is transmitted by the 9G-TRONIC automatic transmission. 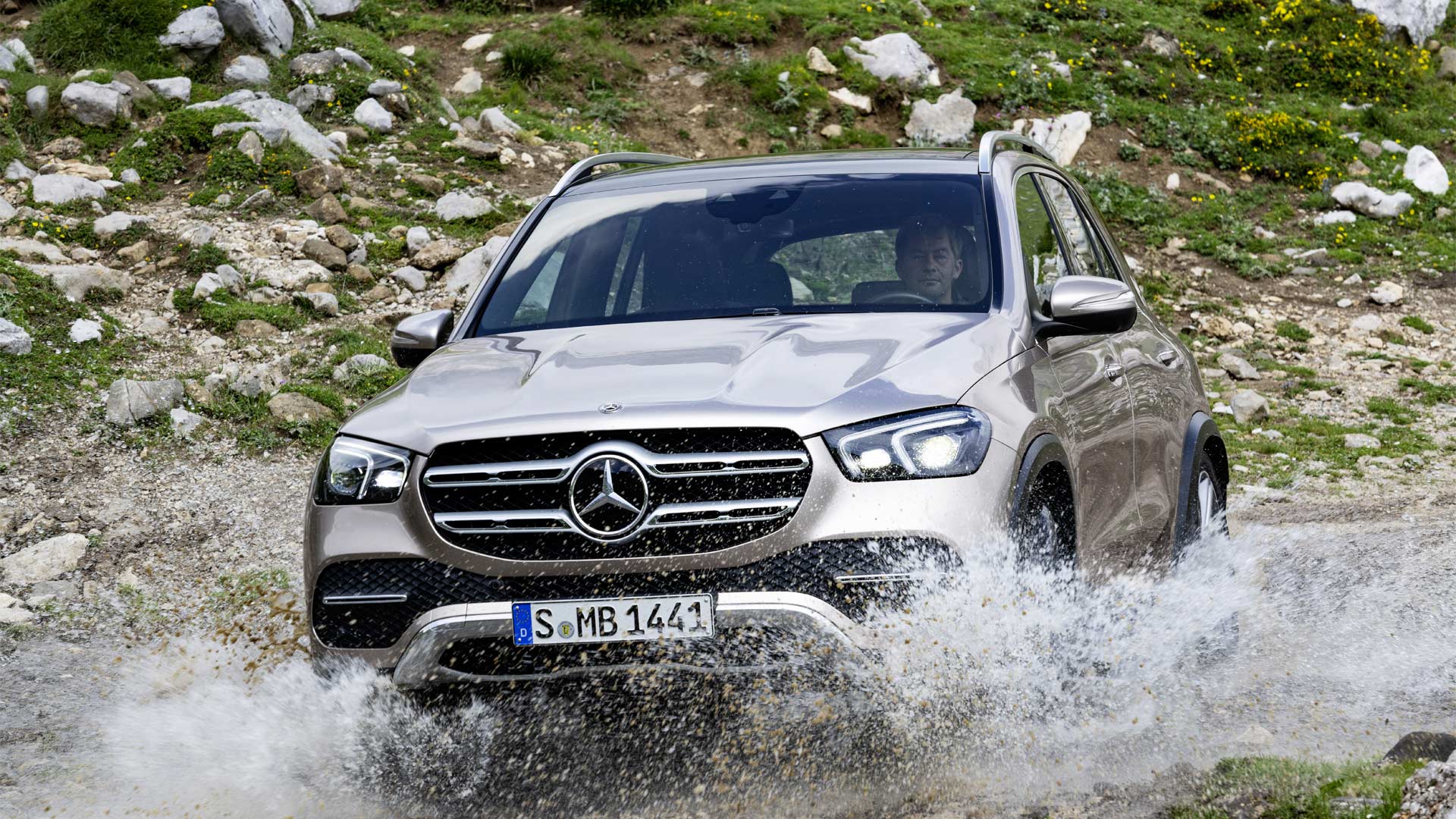 The 4Matic all-wheel-drive system comes with Torque on Demand (TonD) which can vary the torque distribution between the front and rear axle from 0‑100% depending on the selected driving mode. The optional transfer case transmits the drive torque to the axles in a fixed ratio of 50:50. Spinning wheels are braked by braking intervention at the relevant wheel.

The options list also includes E-Active Body Control suspension which works with the aforementioned Airmatic air suspension. Mercedes claims that this is the only system in the market where the spring and damping forces can be individually controlled at each wheel, meaning it not only counteracts the body roll, but also pitching and squat.

The E-Active Body Control in the GLE also has the curve inclination function ‘Curve’: Like a motorcycle, the GLE leans into bends and thereby allows cornering in three stages with practically no centrifugal force.

Buyers can also opt for Road Surface Scan which comes with a stereo multi-purpose camera. The camera continuously scans the road surface and the suspension responds in advance to any undulations before the vehicle drives over them. 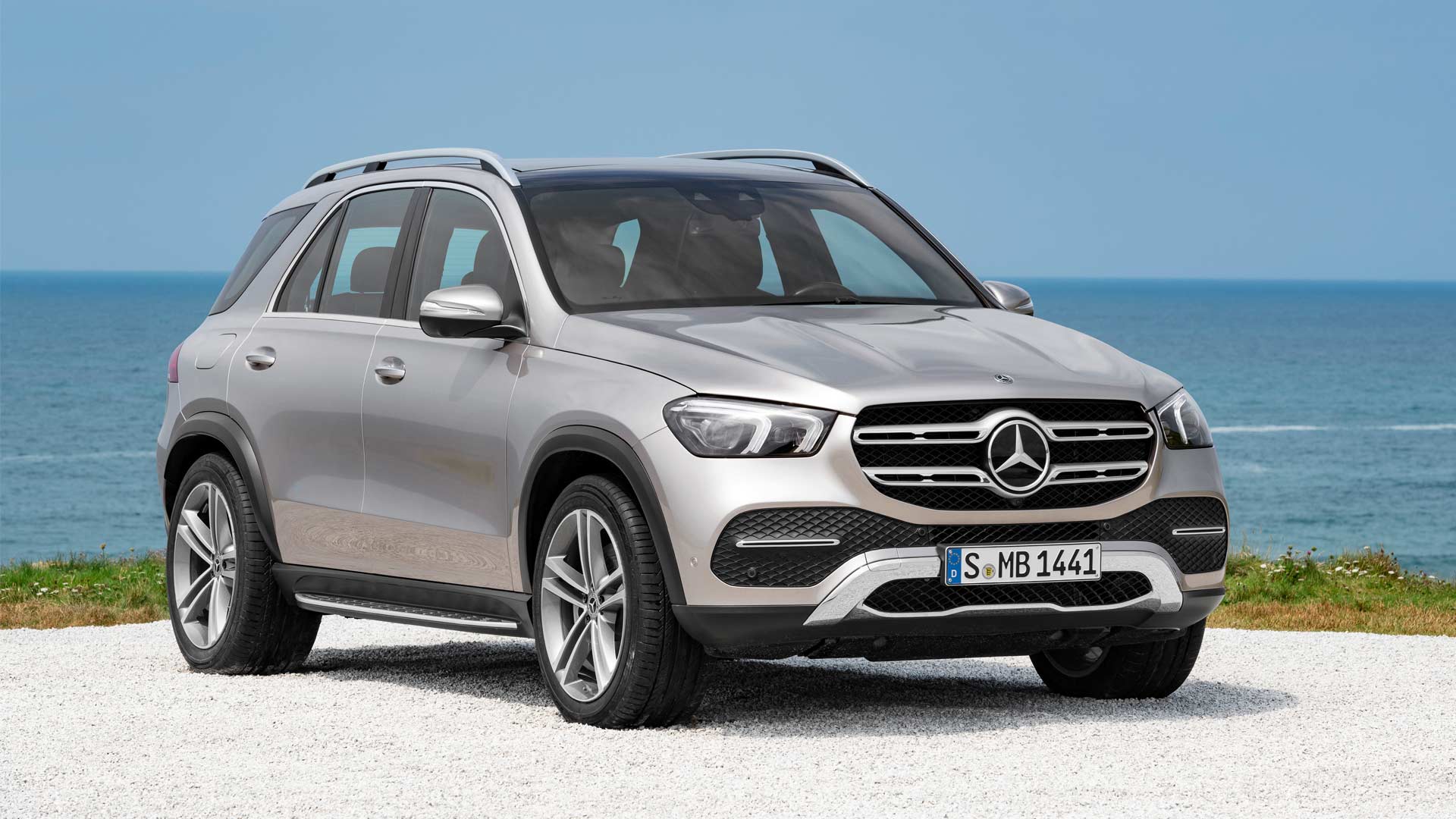 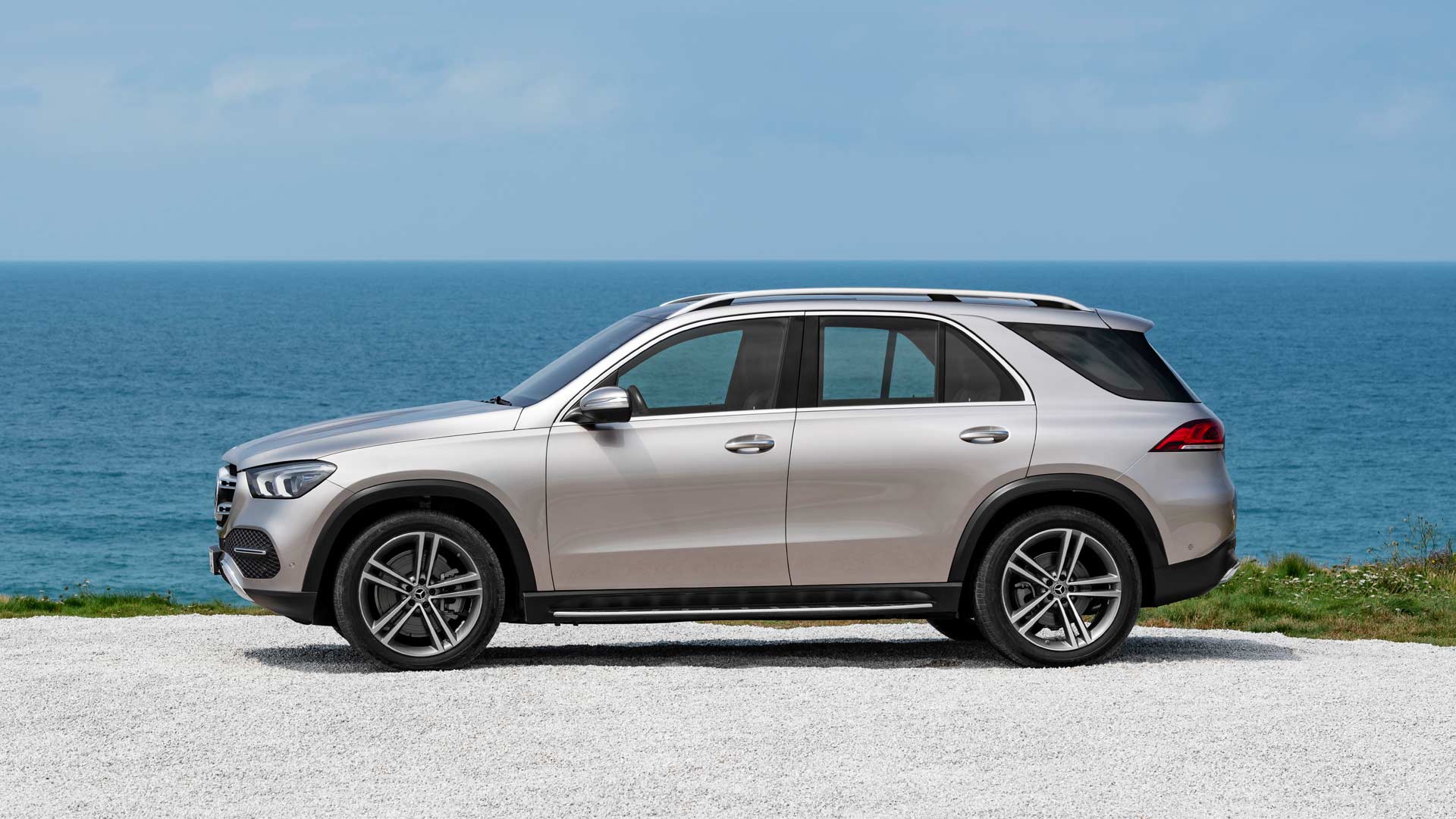 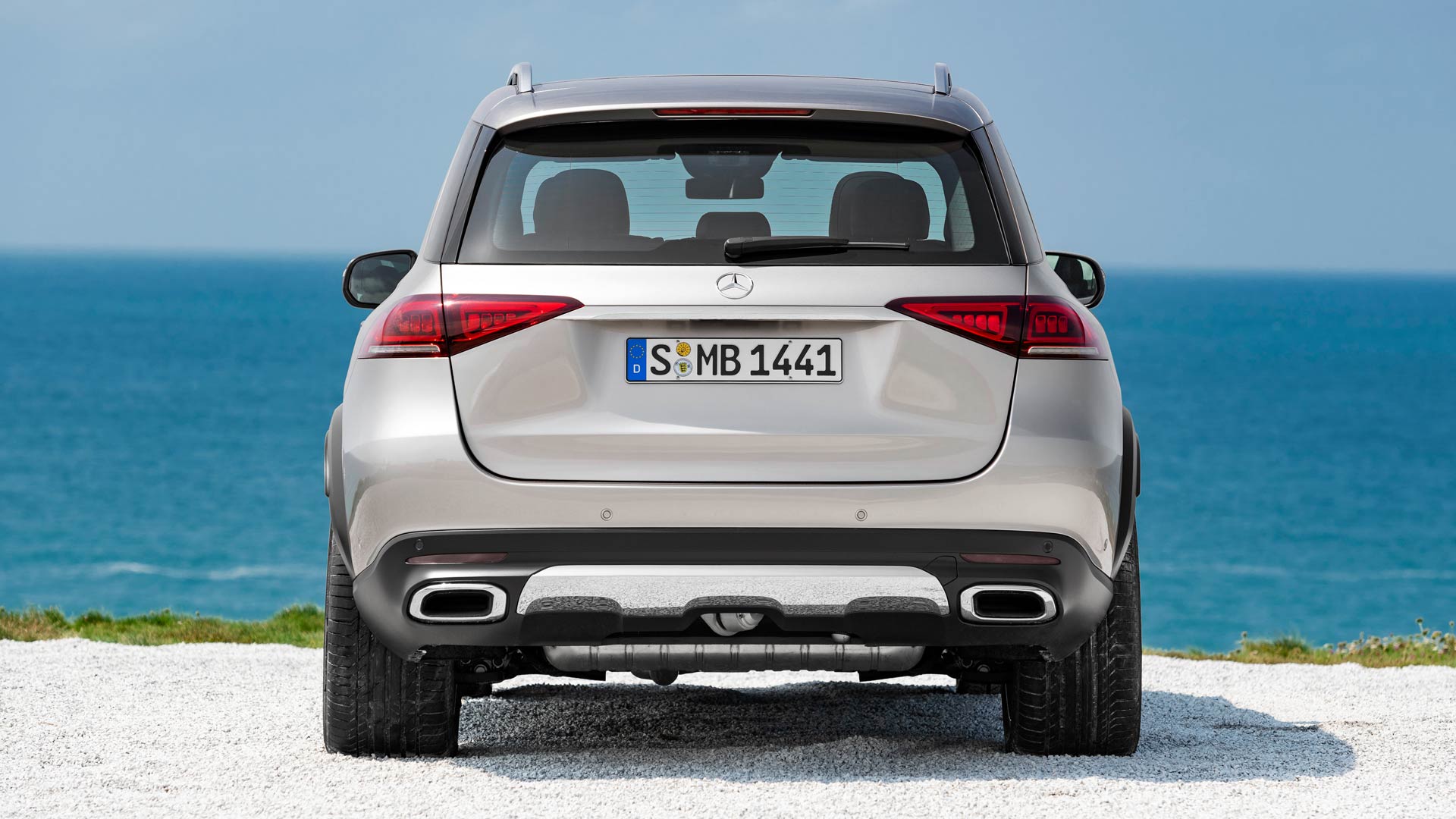 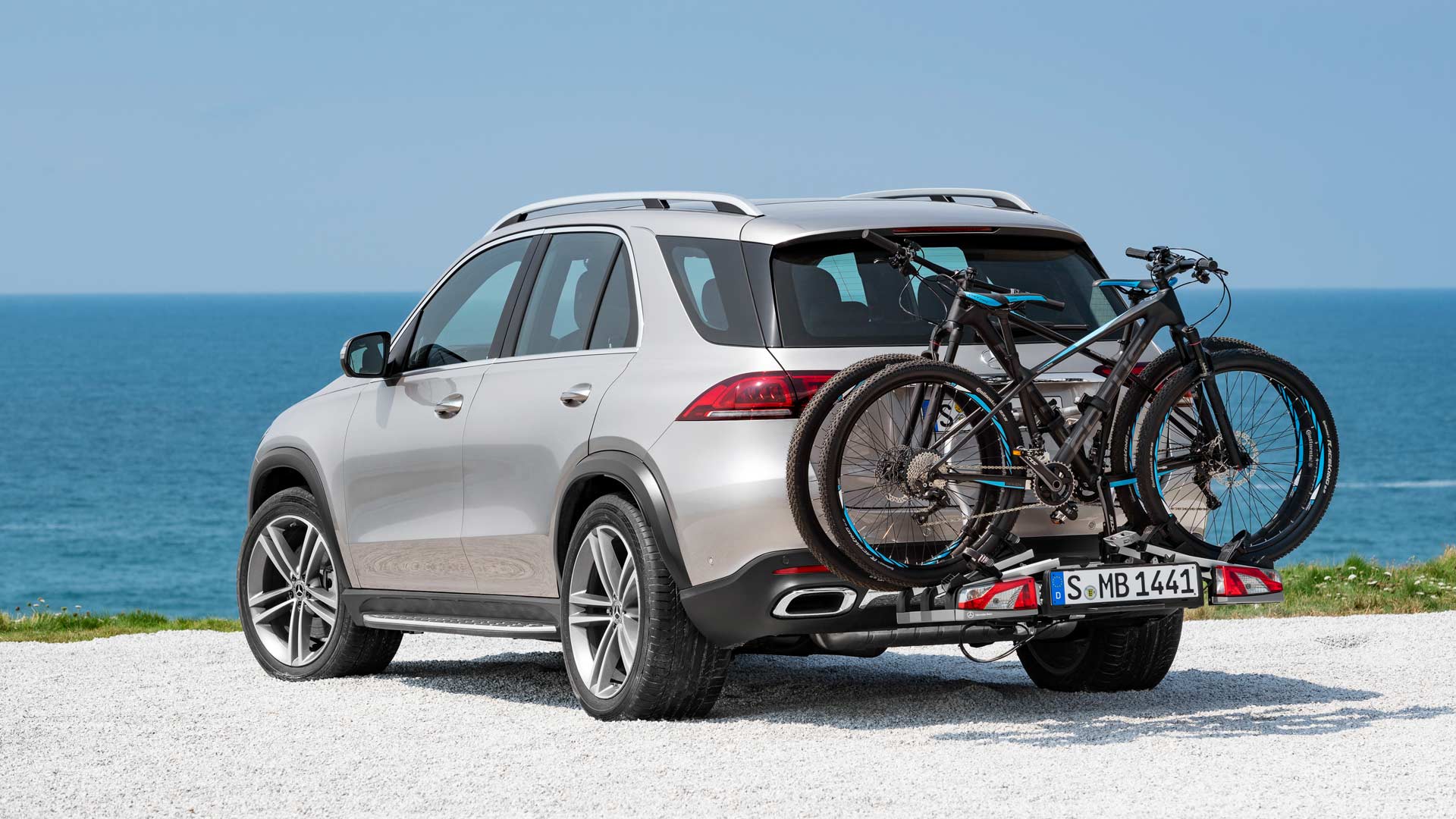 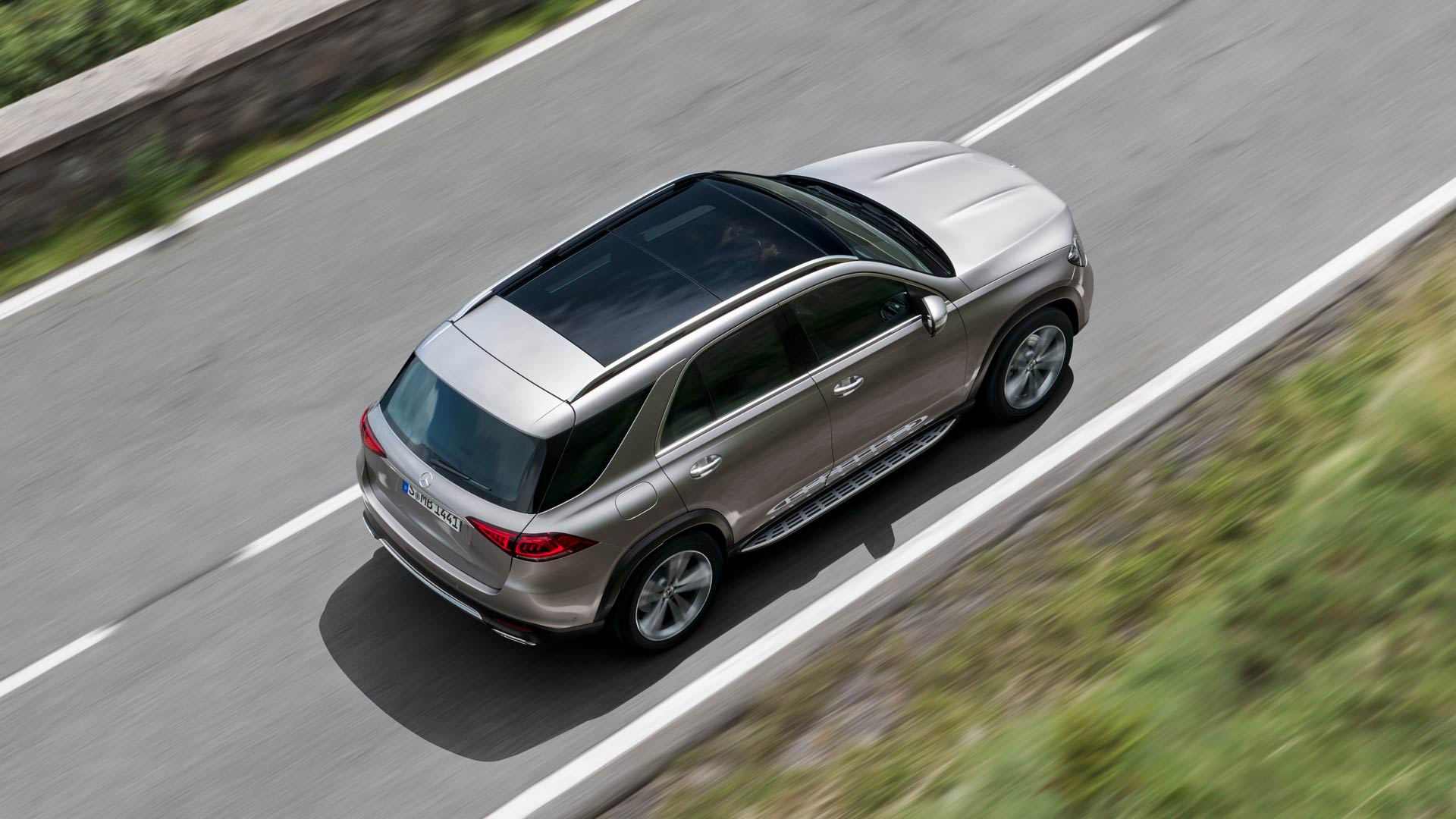 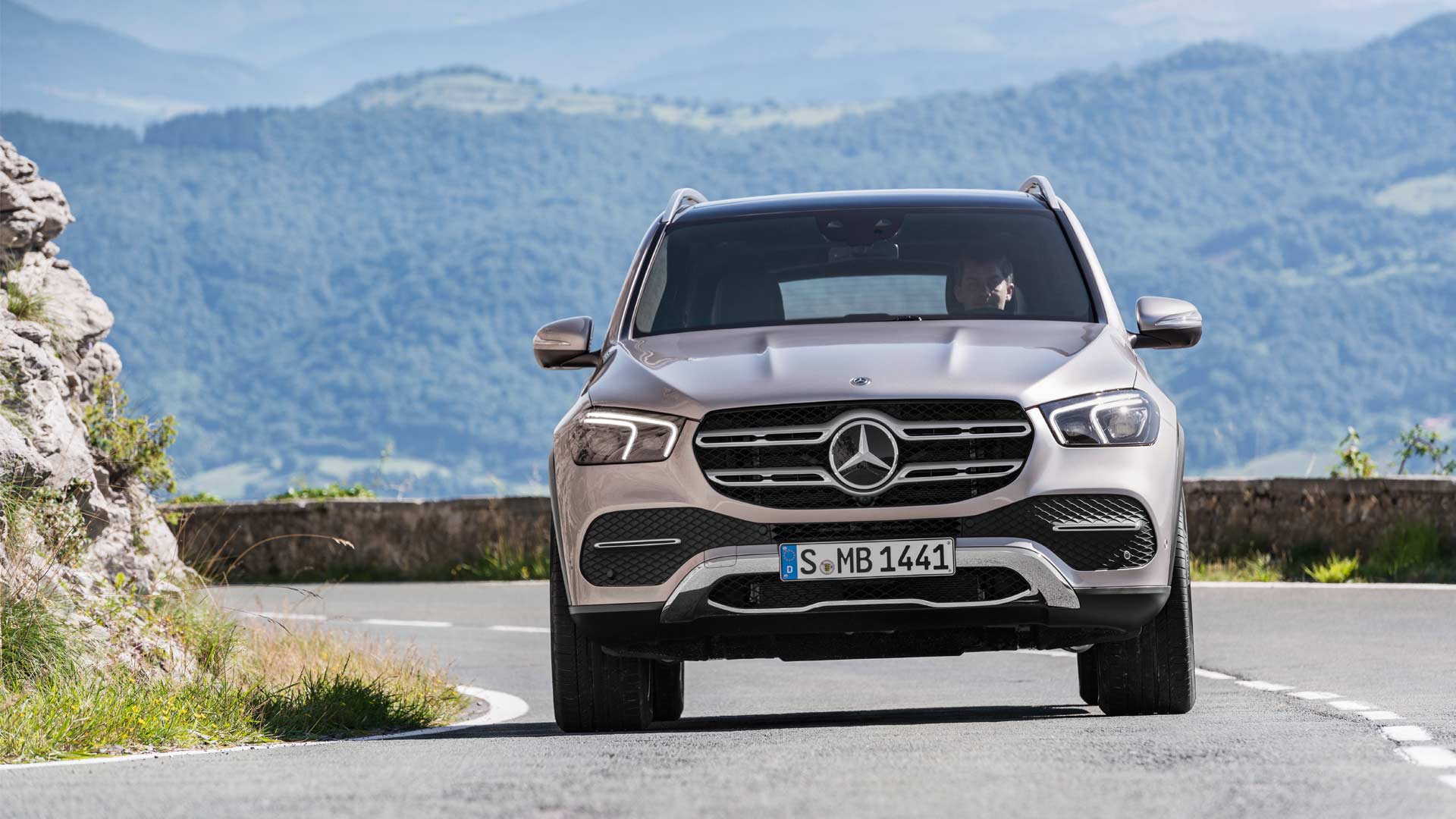 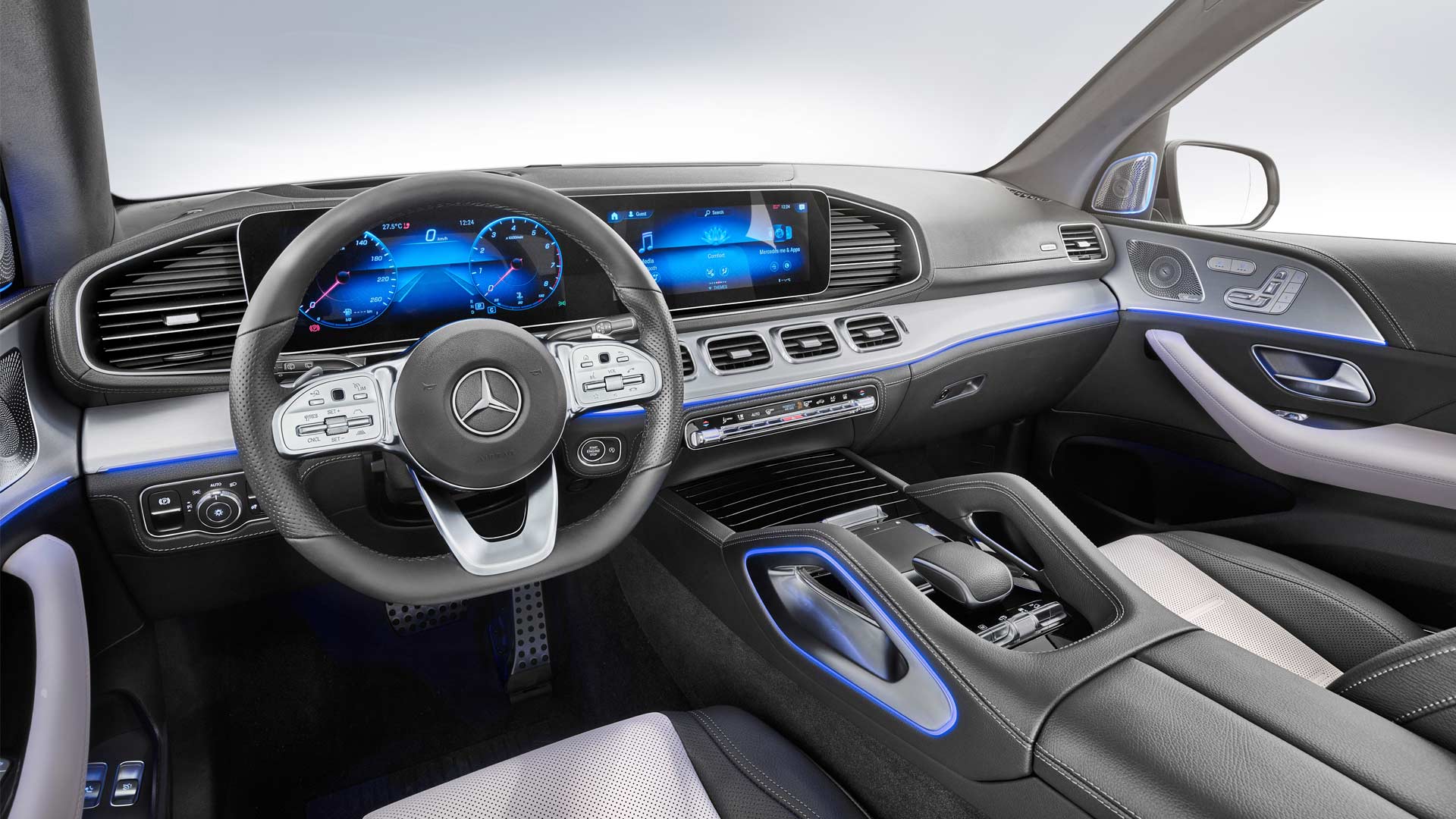 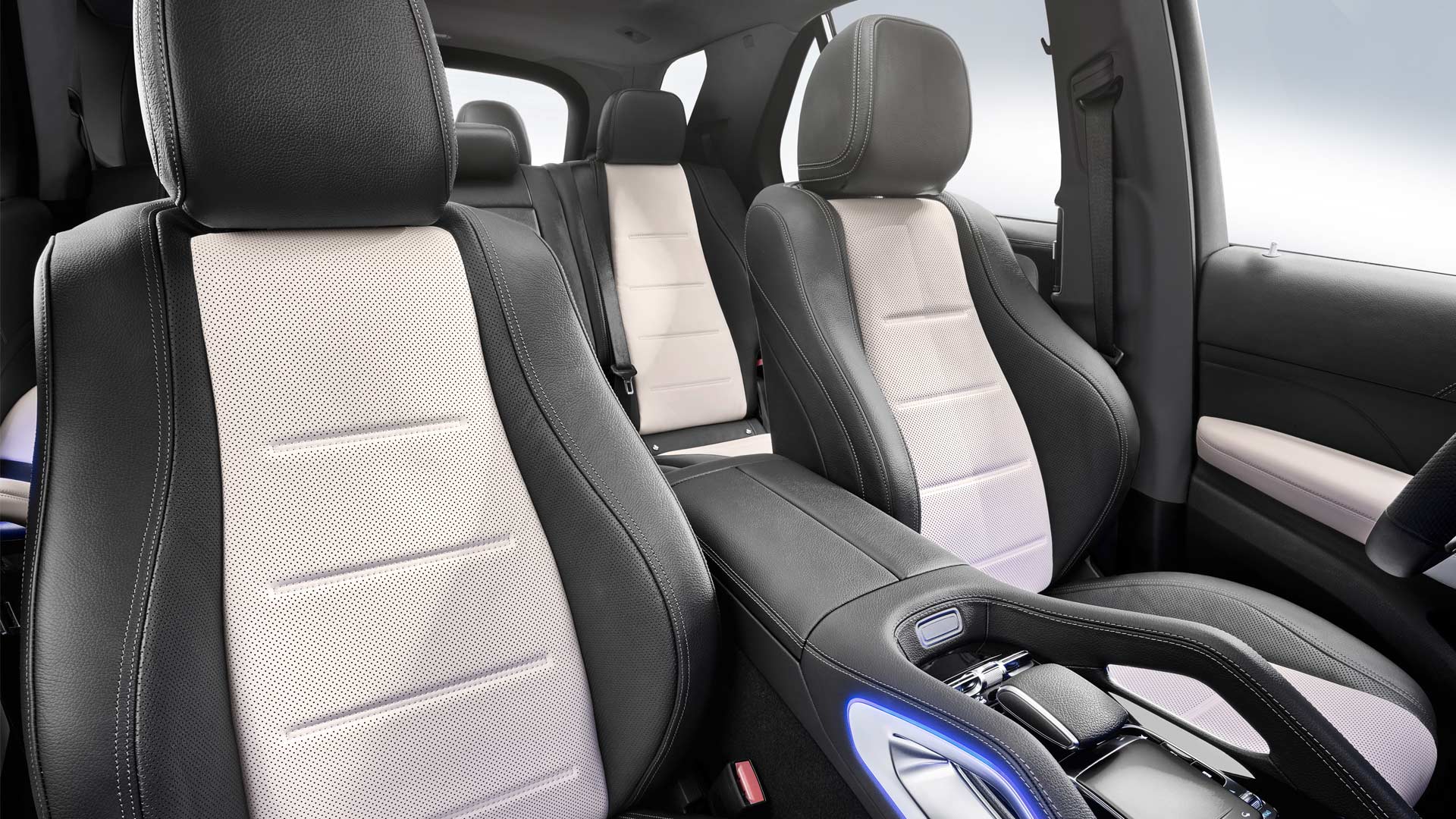