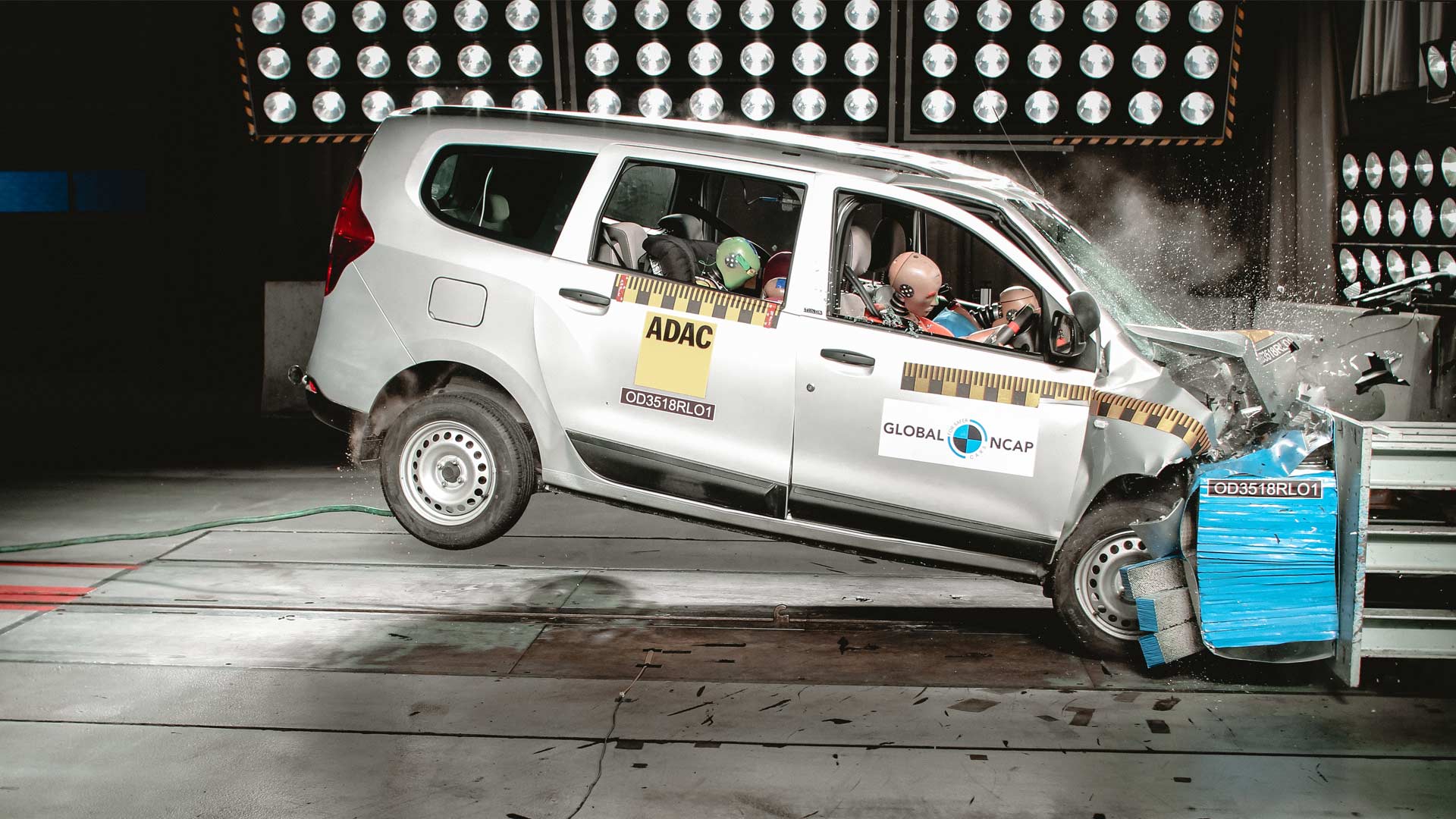 After the India-made Kwid which scored zero in the ASEAN NCAP results, Renault India is facing another embarrassment. This time, its the Lodgy MPV which has been awarded zero in the Global NCAP crash test.

The tested vehicle weighed 1526 kg. The standard model comes with no safety equipment whatsoever, no airbags, no ABS, no front seatbelt pretensioners and no ISOFIX anchorages either. The testing was done at 64 km/h and the bodyshell integrity was rated as unstable.

The report added that the bodyshell was rated as unstable and it was not capable of withstanding further loadings. The car does not offer standard SBR (seatbelt reminder) and no standard ABS.

Child Occupant
As for the Child Occupant Protection, the Lodgy scored two stars. According to the report, the child seat for a 3 year old was installed FWF with the adult seatbelt and was not able to prevent excessive forward movement during the impact allowing the head of the dummy to contact the front seat offering poor protection for the head and limited protection for the chest.

The 18 month old CRs was installed with the adult belt RWF and it showed good protection for head and chest. The recommended CRSs did not show incompatibility. The report further added that the vehicle does not offer standard ISOFIX and top tether anchorages and does not offer 3 point belts in all seating positions.

“The zero star Renault Lodgy is extremely disappointing. Global NCAP had hoped that Renault had learned from the difficult experience they had with the Kwid. It’s time now for Renault to make front air bags standard across their entire Indian product range,” said David Ward, Global NCAP Secretary General.