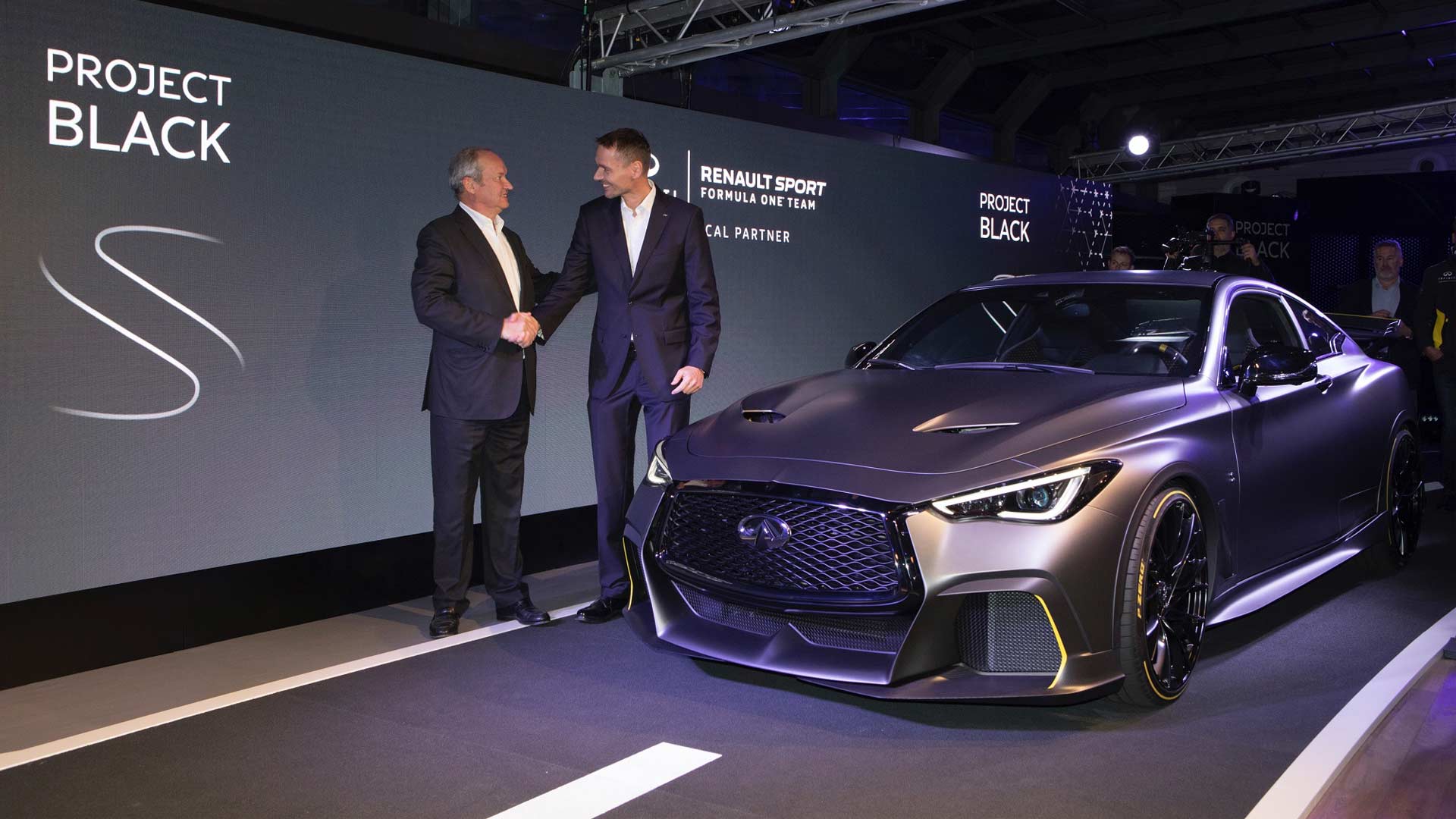 While it does look really delicious with all that carbon fibre and yellow accents, the immediate disappointment is that the Project Black S is “an engineering testbed exploring how Renault Sport Formula One Team-inspired dual-hybrid powertrain technology could be deployed in a road car,” according to Infiniti. 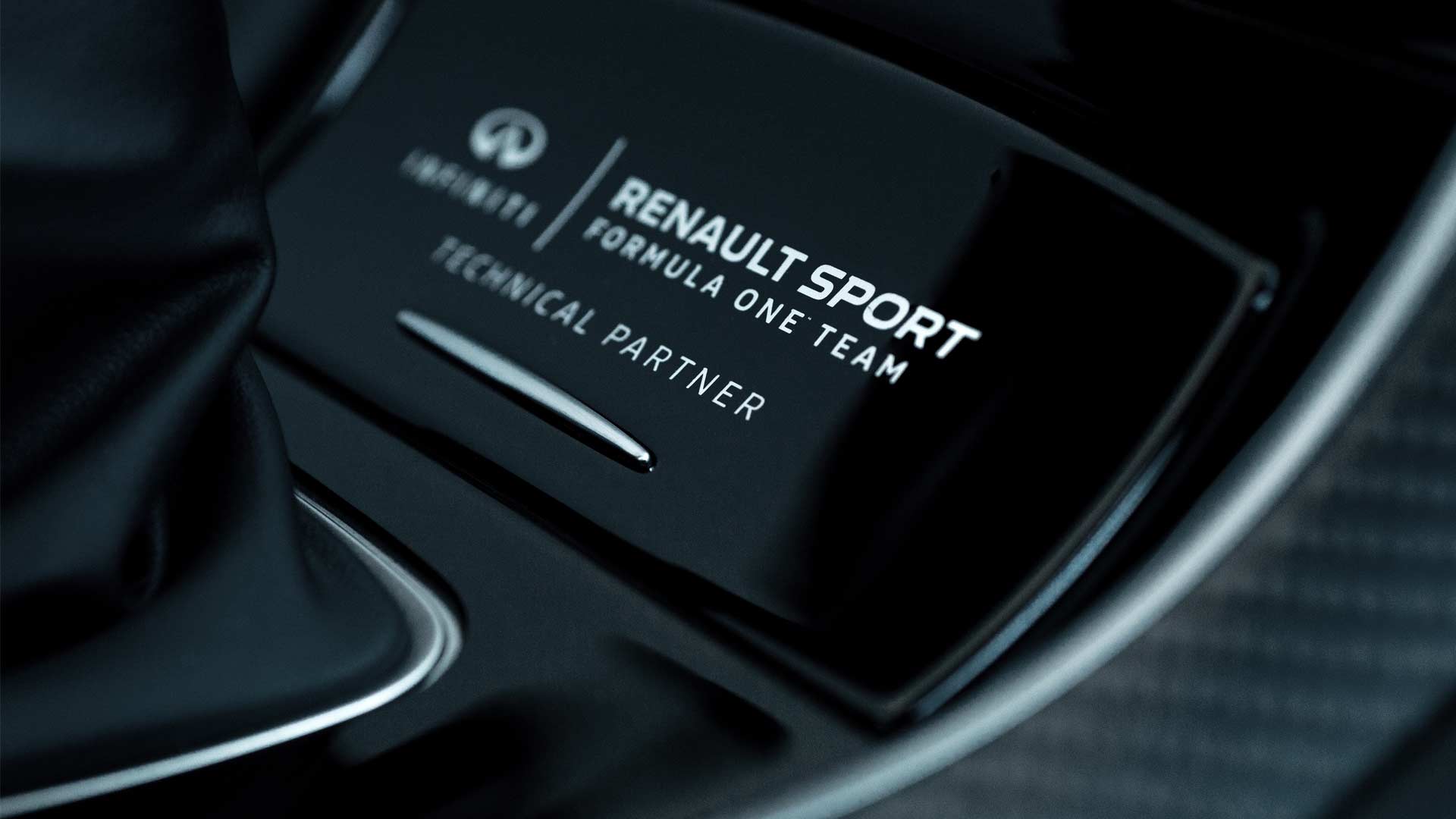 Meaning, Infiniti might not build the Black S, but rather, deploy the technology in other production cars. As we read before, the Project Black S is based on the Q60 Red Sport 400 coupe and is being developed in partnership with the Renault Sport F1 team.

Most of the donor car’s body panels, including the hood (-3.02 kg), fenders, boot lid (-2.7 kg) and the roof (-10.2 kg), have been replaced with carbon fibre panels that have cut down weight. The twin titanium exhaust tips have been crafted using 3D printing technology.

The F1 team has helped with the aerodynamics of the prototype. The rear wing which is also finished in carbon fibre, apparently has a similar aerodynamic profile to the Renault Sport F1 Team’s Monza wing. 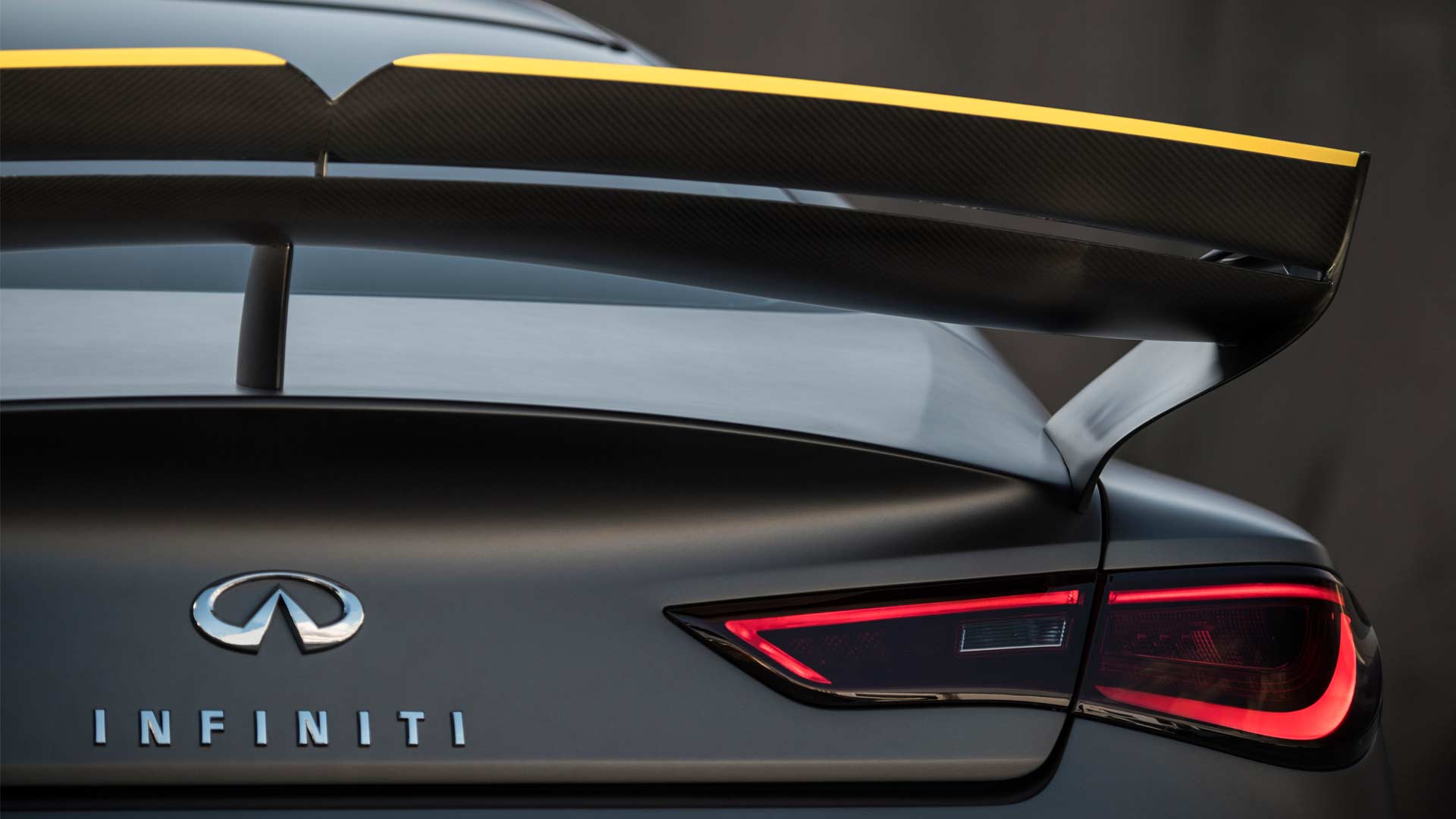 The F1 team has used digital modeling technology for subtle changes to the shape and proportions of the wing, for a fine-tuned compromise between maximum straight-line stability and high-traction under cornering.

In case you’re wondering, the two outlets in the bonnet draw heat away from the turbochargers and MGU-H units. 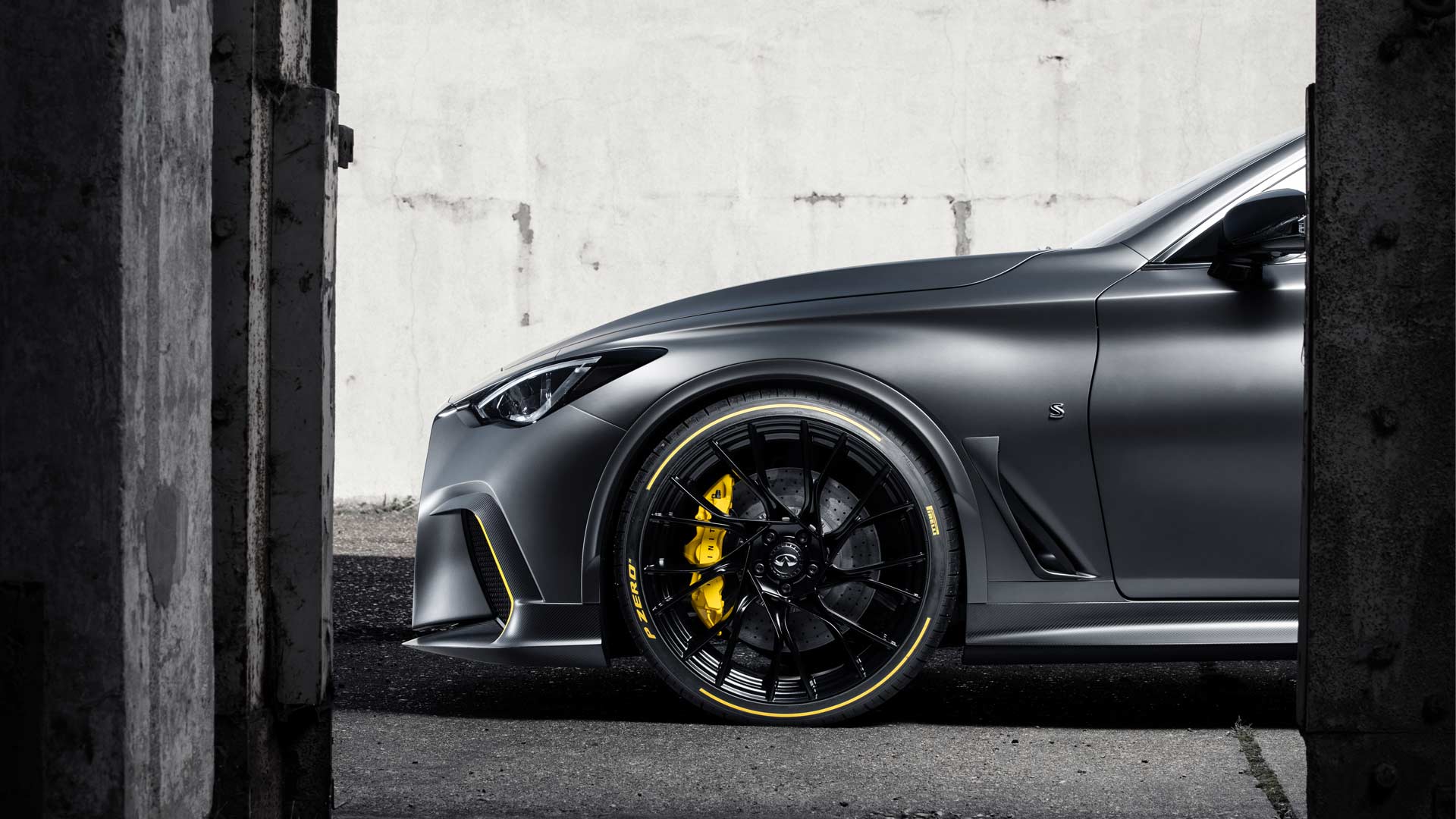 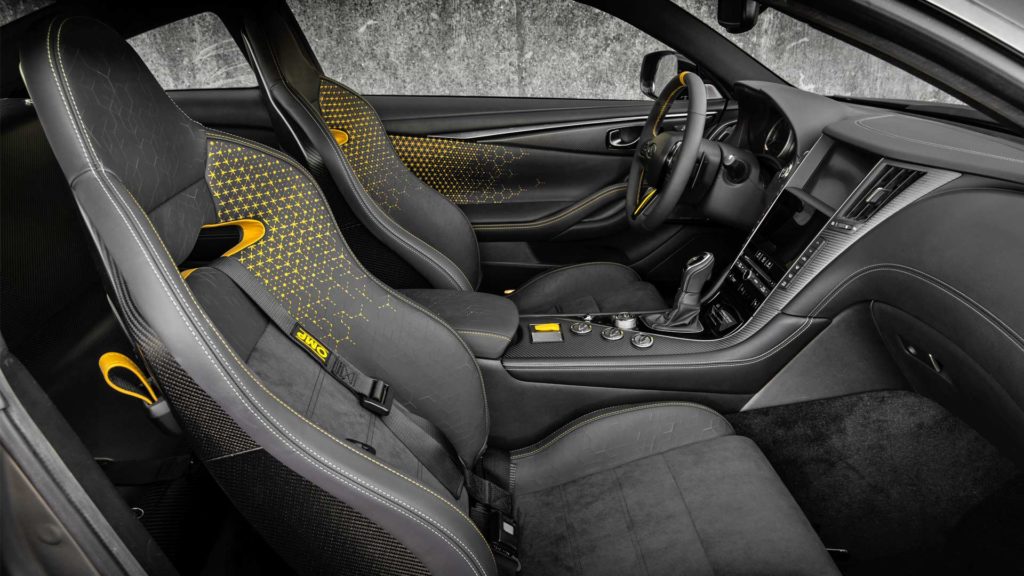 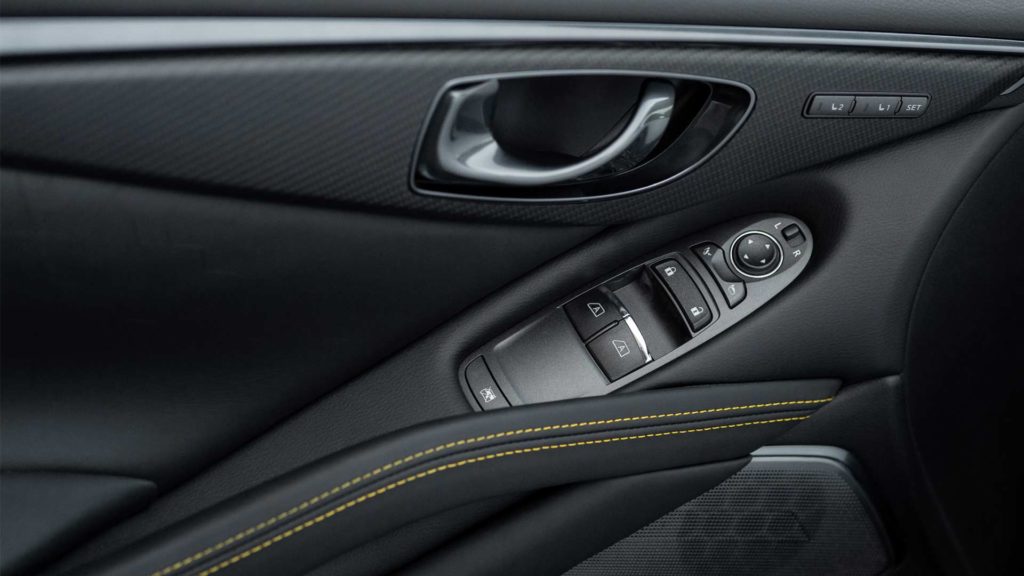 The interiors too get tastefully-applied yellow accents inspired by the livery of the team’s Formula One cars. The new front seats are also built around lighter carbon fiber shells and feature a slimmer design. The removal of the rear bench and other rear passenger creature comforts have saved 19.5 kg of weight.

Which pretty much brings us to the powertrain. The prototype is powered by a 3.0-litre VR30 twin-turbo V6 which delivers 400 hp at 6,400 rpm and 475 Nm of torque between 1,600-5,200 rpm. Fitted to those turbos are two electrically-assisted turbochargers (MGU-H) to eliminate lag and apparently, they also harvest heat energy from exhaust gases. 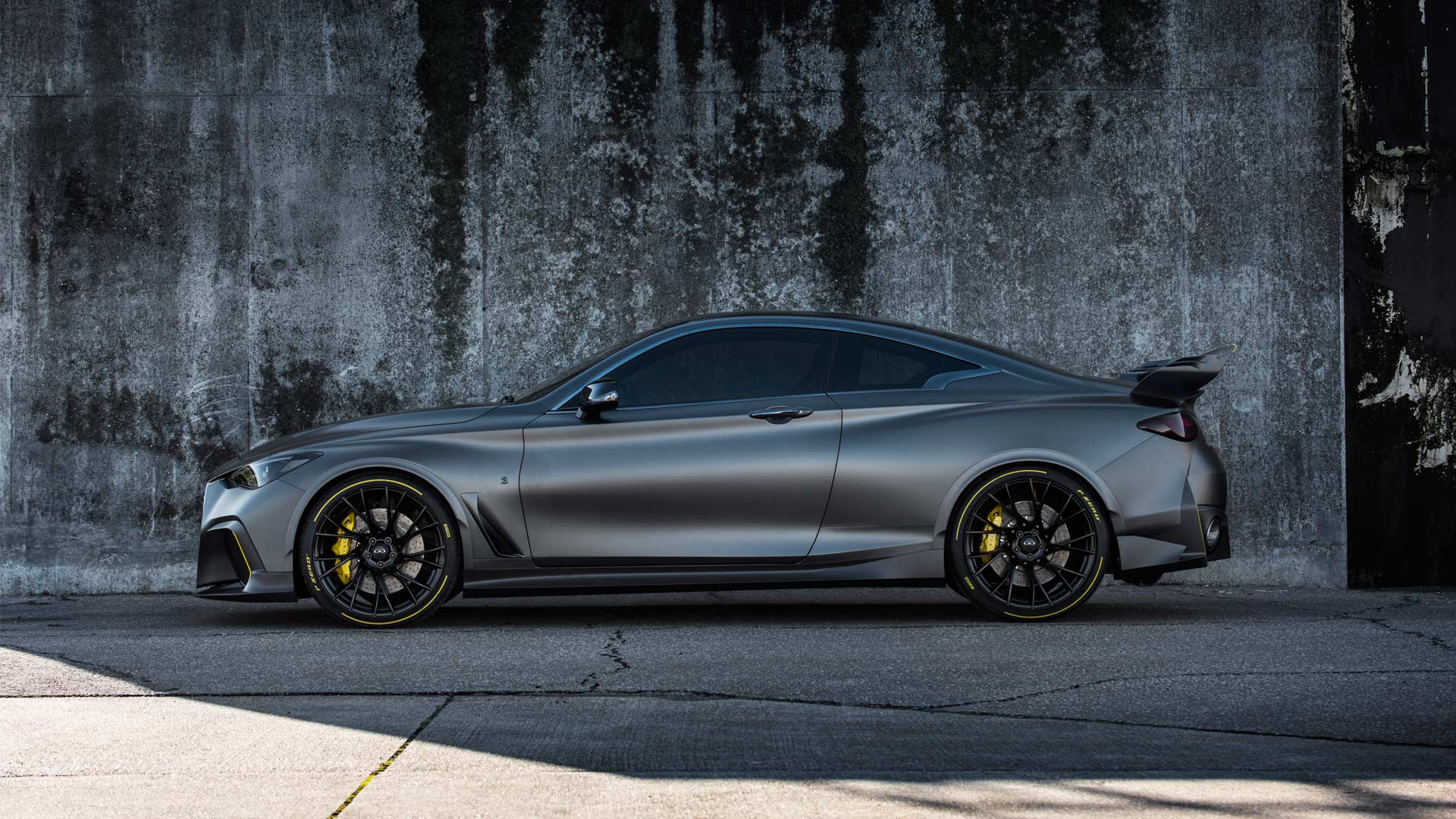 There’s another 120 kW (163 hp) electric motor (MGU-K) on the rear axle paired with a helical gear limited-slip differential, which can assist in the acceleration from a standstill and launch control system. The energy harvested by the three MGUs is stored in a 4.4 kWh lithium-ion battery pack located in the rear compartment, and can be used to power the MGU-K.

Since there was no space for either of the two MGU-H units, a small section of the body has been cut out to accommodate the aforementioned motors. 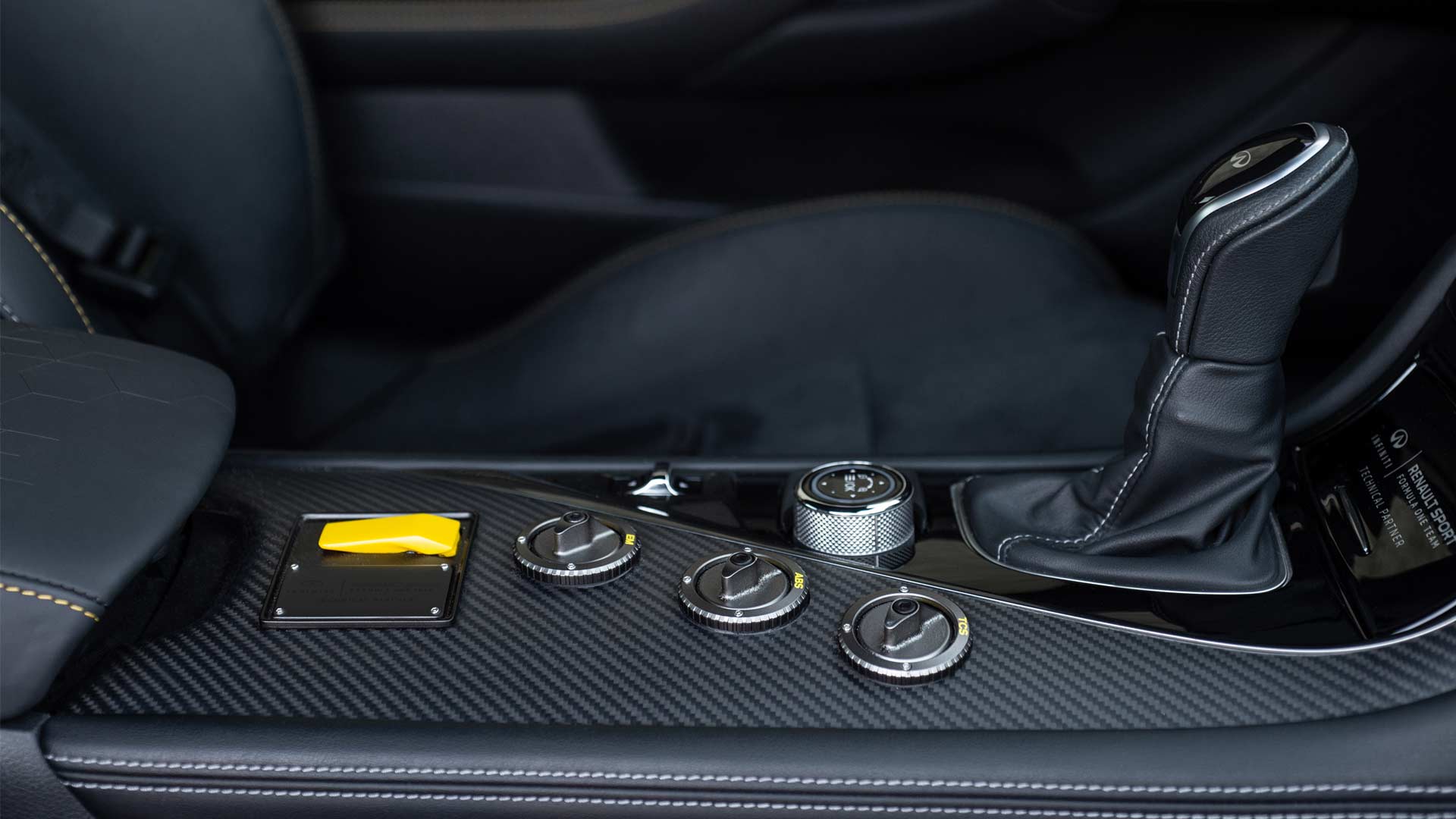 The total system output is 420 kW or 571 hp and yet-to-be-announced number of torque. Transmission is a 7-speed automatic. Infiniti expects 0-100 km/h sprint time of less than 4.0 seconds.

Also, there are three F1-inspired drive modes: Road, Quali and Race. Each apparently alters the way in which the powertrain gathers and discharges energy. Drivers can also adapt the car’s anti-lock braking (ABS) and traction control systems with adjustable modes for road and track driving. 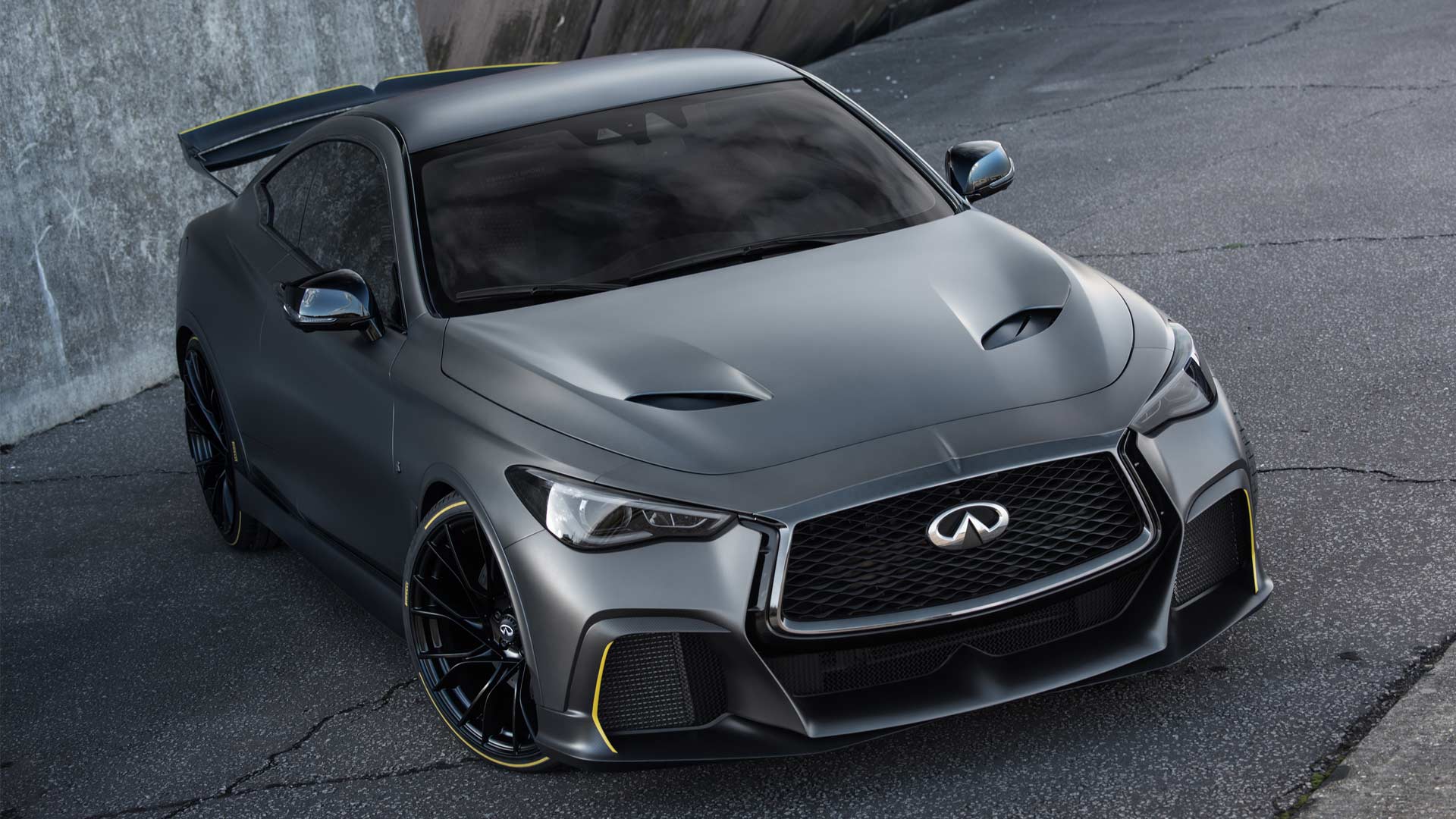 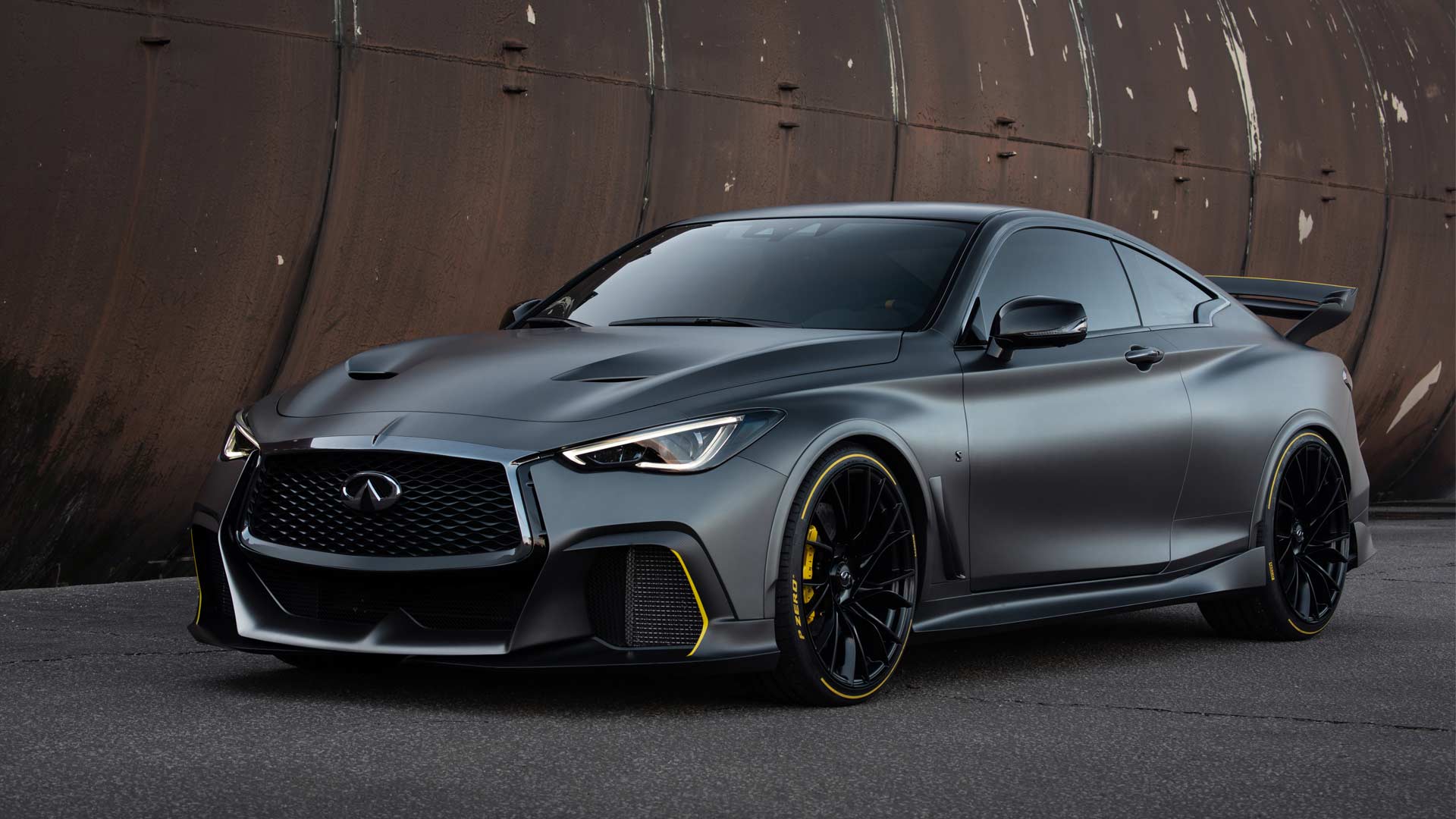 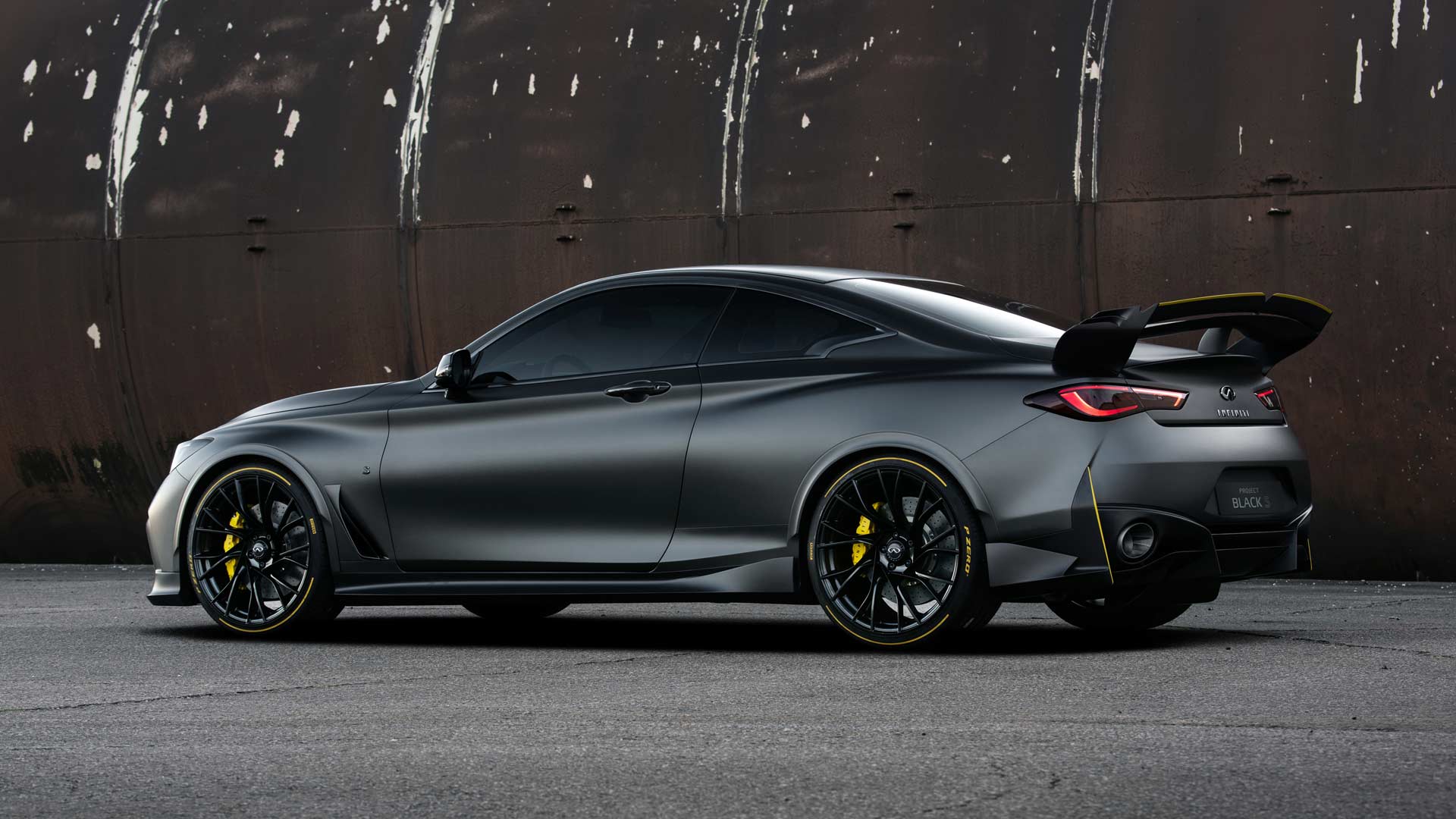 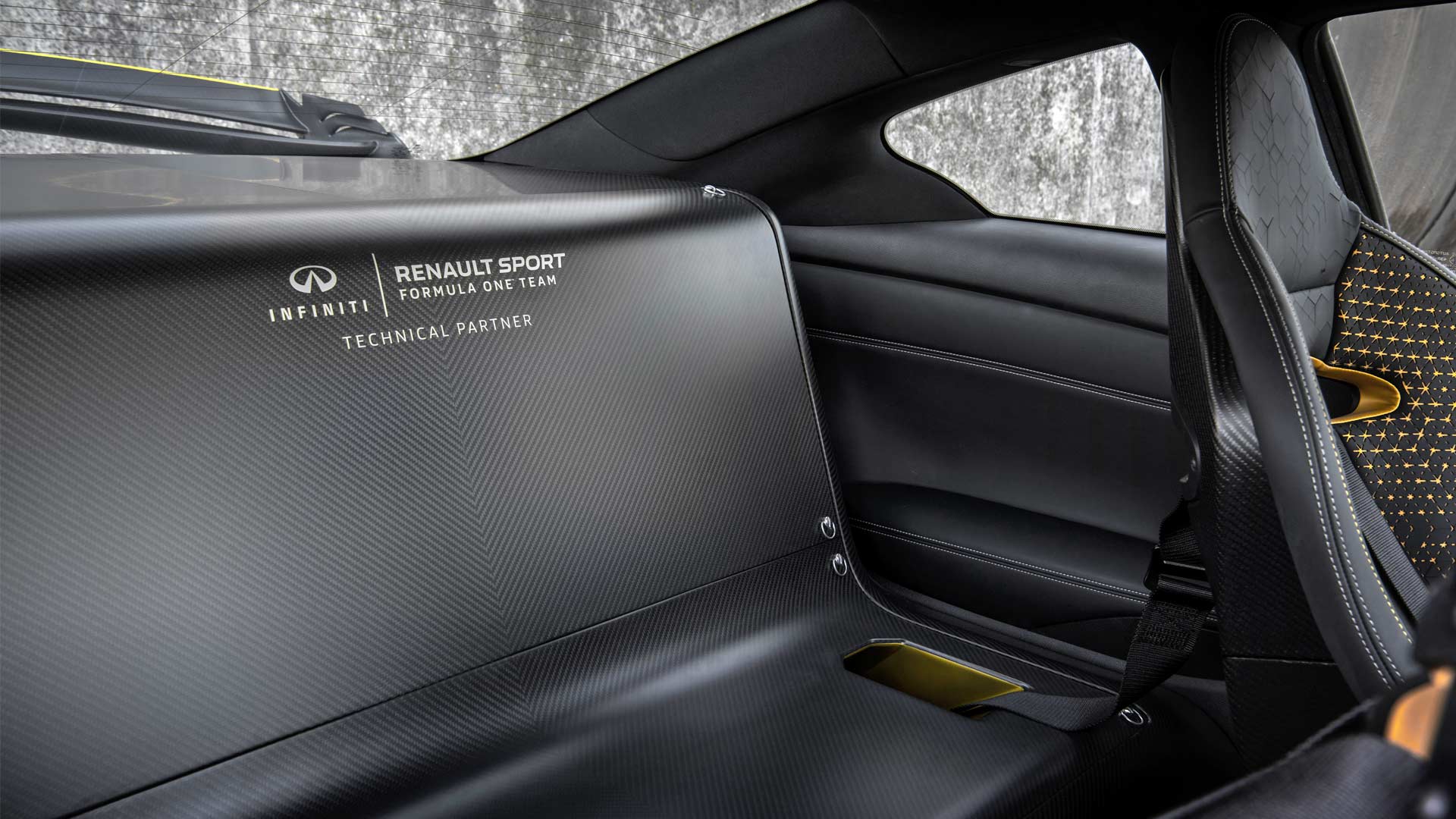 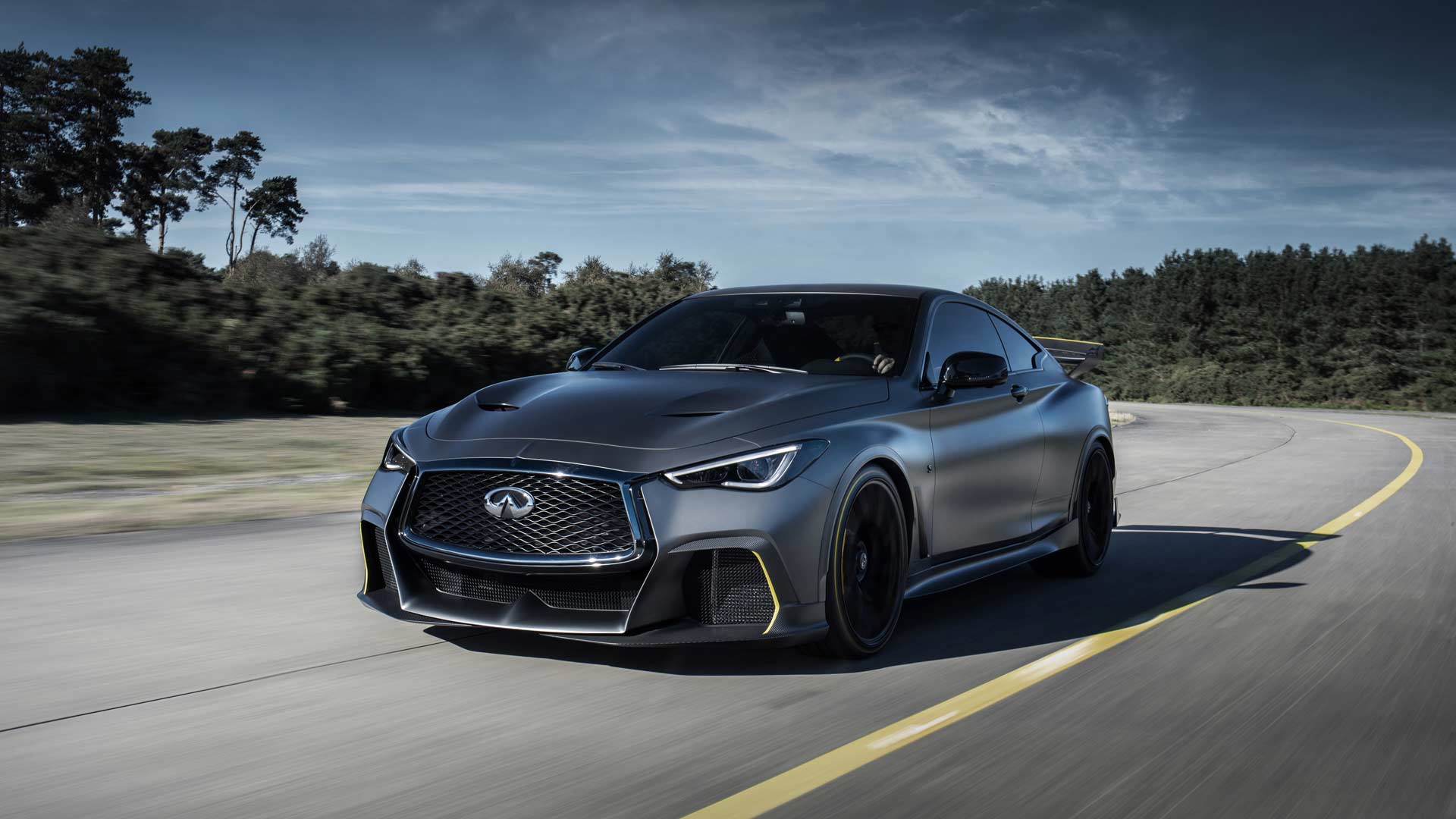 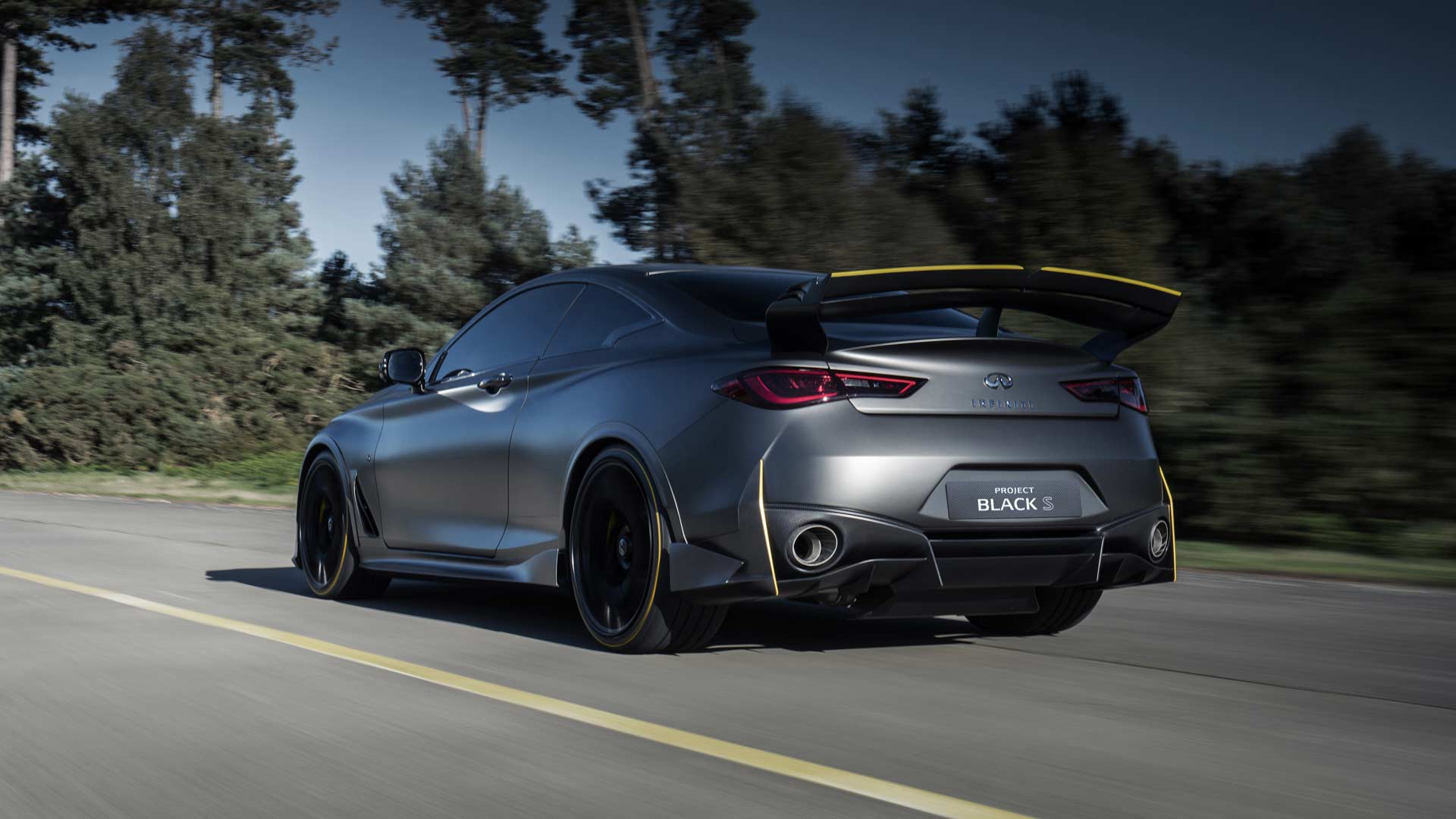