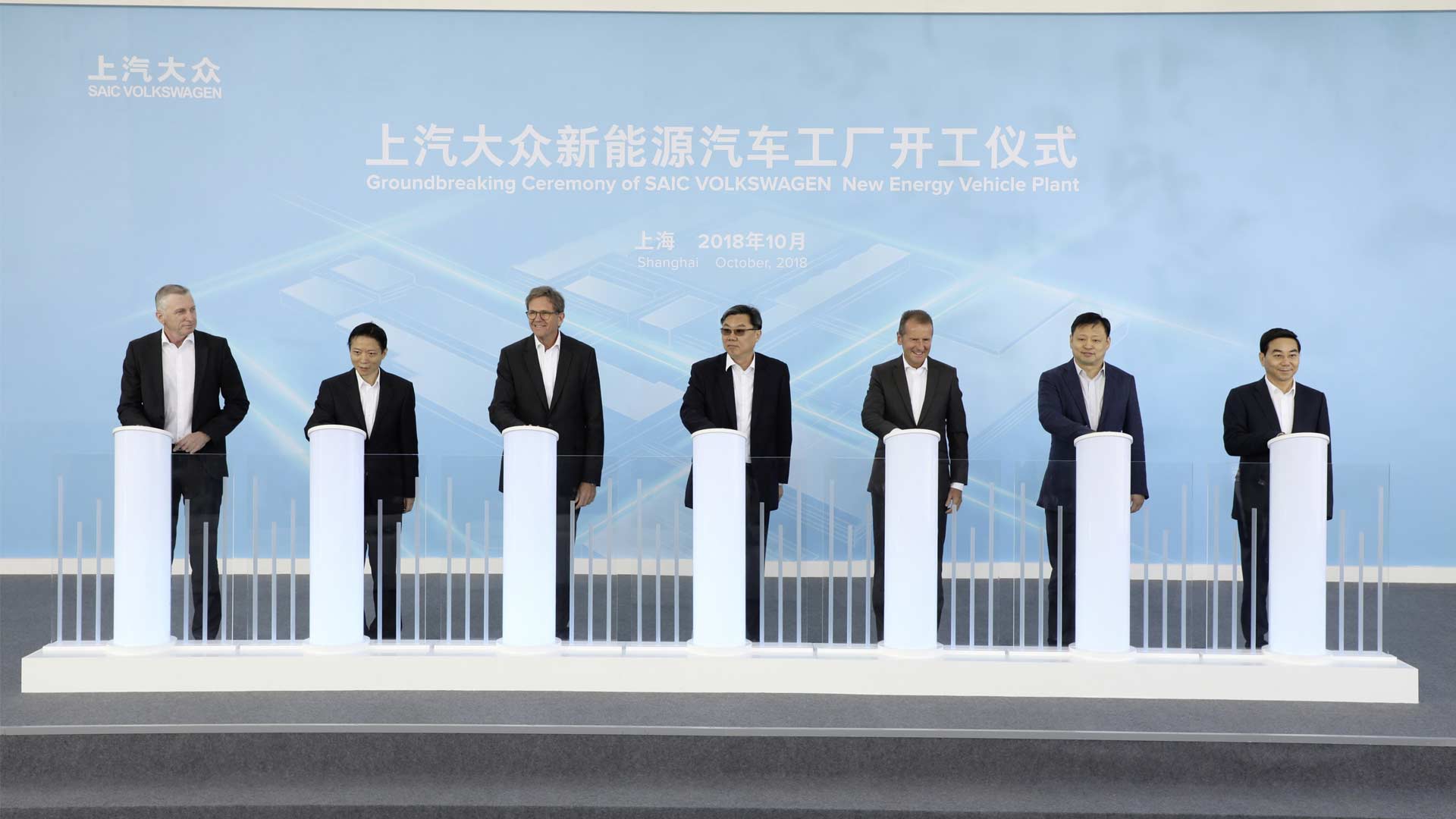 China, which happens to be the world’s largest market for electric vehicles, is getting a new factory from Volkswagen and its Chinese partner SAIC, dedicated for electric vehicles based on VW Group’s Modular Electric Drive Kit (MEB) platform. Located approximately 30 km west of Shanghai metropolis, the Anting factory will have a capacity of 300,000 vehicles annually. The new factory will be the first mass production site for electric vehicles group-wide. Start of production in Anting is planned for 2020. Together with the FAW-Volkswagen factory in Foshan (opened this summer), both factories will start producing e-cars on the MEB platform soon after the first MEB-production starts in Zwickau, Germany. VW said that the production of the I.D. electric car will begin in summer 2019. The I.D. family of electric vehicles include a hatchback, I.D. Buzz van, I.D. Crozz SUV and the I.D. Vizzion saloon. The I.D. BUZZ van was confirmed for series production, last year.

The new facility comes equipped with over 1,400 industry robots, as well as a range of technologies including AI, AR and VR. Covering 610,000 square meters, the plant includes a variety of different function areas such as pressing equipment and battery assembly workshops. The company further said that the factory utilizes 27 types of environmentally-friendly technologies with a focus on water preservation, energy saving and carbon dioxide and volatile organic compounds (VOCs) reduction. Along with the cars, the facility will produce battery systems as well. Herbert Diess, Chairman of the Board of Management of Volkswagen AG

The ground breaking ceremony was held in the presence of Herbert Diess, Chairman of the Board of Management of Volkswagen and Chen Xianzhang, President and CEO of Volkswagen Group China. Diess described China as global leader for e-mobility and “the key market for the electrification strategy of the Volkswagen Group,” in which the group would like to be more involved in the future. “Through Volkswagen’s MEB platform, we will be able to easily produce state-of-the-art electric vehicles for our Chinese customers on a high scale. The Volkswagen Group, its brands and their Chinese joint venture partners focus consistently on sustainable mobility and push the transformation of the automotive industry in China and worldwide. In this way, we point out the high importance the Chinese market has for the Volkswagen Group.”