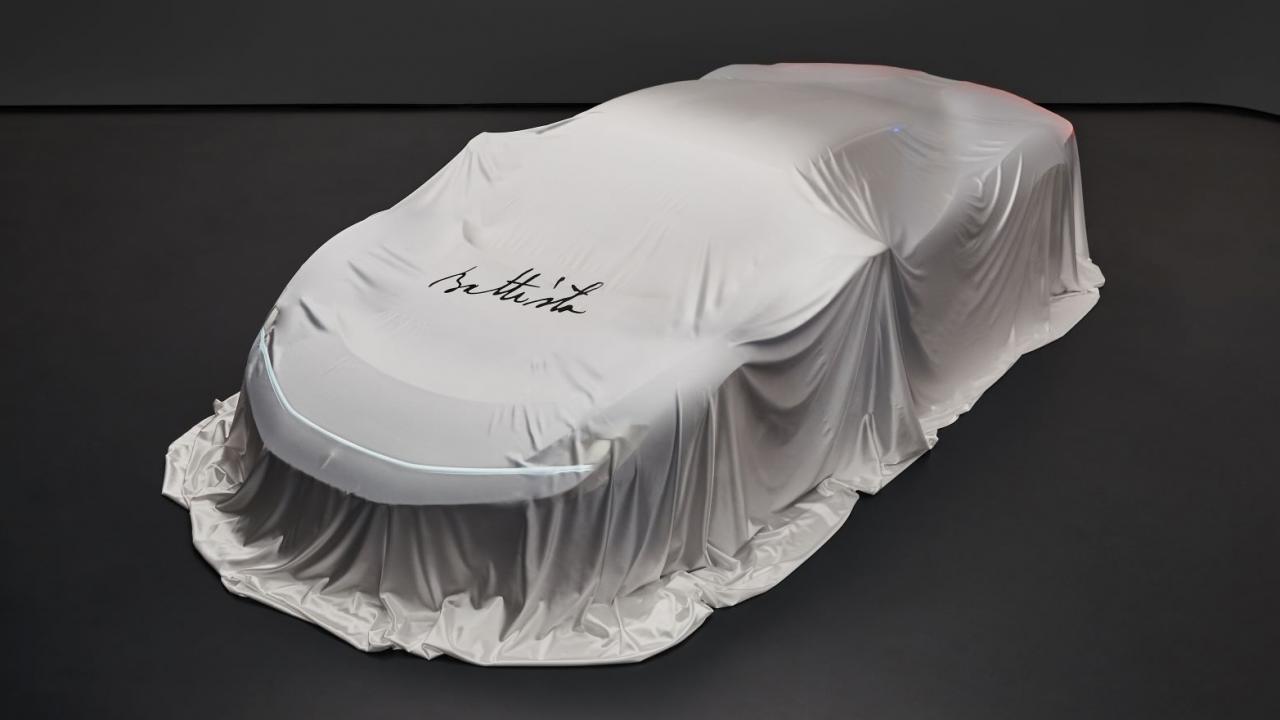 Earlier this year, Pininfarina announced its own luxury EV brand called Automobili Pininfarina, and the first car was so far known as PF0.

The official name is now Pininfarina Battista—named after the founder. Battista Farina founded the Carrozzeria Pininfarina coachbuilding company in 1930. Although the company has worked with several brands, it is mainly known for designing Ferraris.

Extreme levels of technology and functional design lie beneath the Battista’s carbon fibre exterior, says the company. Power and torque will equate to 1,900 bhp and 2,300 Nm respectively, meaning the Battista has the potential to accelerate to 62 mph (100 km/h) in less than 2 seconds, faster than a Formula 1 car, and break the 250 mph (402 km/h) top speed barrier—all with a potential range of over 300 miles or 483 km. “This hypercar will boast world-beating performance, technological innovation, and of course elegant styling. For me, we simply had to call it Battista. His dream becomes a reality today as we link our glorious past with the future of motoring,” said Paolo Pininfarina, Chairman, Pininfarina SpA.

Full unveiling will take place at the Geneva International Motor Show in March 2019. The production numbers are limited to 150 units and the deliveries will begin in late 2020. The price tag is estimated to be between $2m-$2.5m. 50 cars are currently allocated to the USA, 50 to Europe and 50 to the Middle East and Asia region.

Pininfarina has partnered with Rimac Automobili for electric powertrain and battery supplies. The company has also hired executives with significant experience in design, development, engineering and connectivity from brands such as Bugatti, McLaren, Pagani, Porsche and Volvo. Around €20 million investment has been made for partnerships, development and production of the Battista and the future range of Automobili Pininfarina cars.