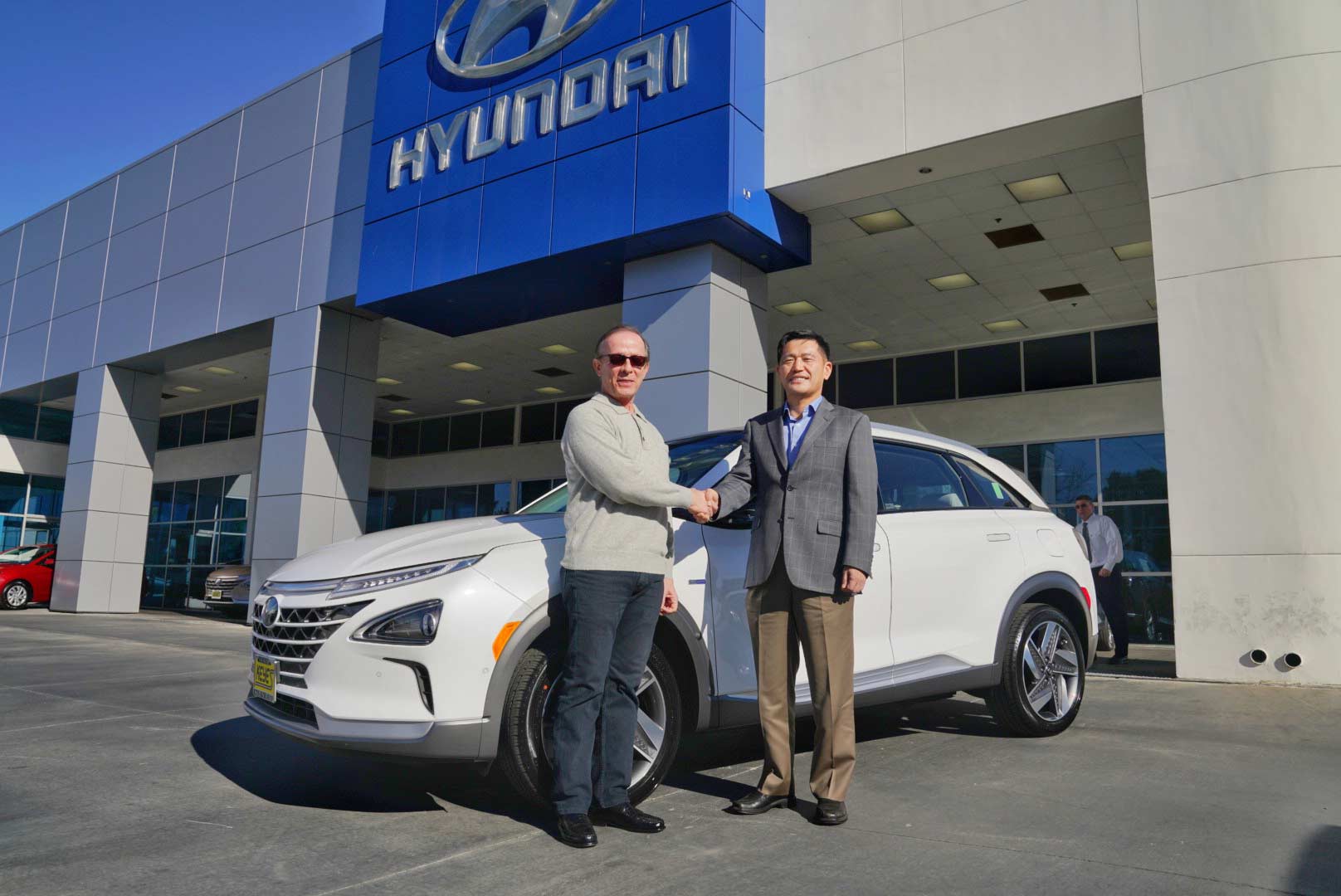 The honor of being the first one to own the 2019 Hyundai Nexo fuel cell SUV in the U.S. market has gone to a former scientist and chemist. Todd Hochrad of Ventura, California picked up his new SUV at Keyes Hyundai in Van Nuys.

Mr. Hochrad apparently was in search of a zero-emissions, hydrogen-powered vehicle. More than 15 years ago, he purchased his first hybrid car and over the years has driven electric vehicles as well. His new Nexo will deliver about five times the driving range of his first all-electric car. The Nexo is claimed to be the only mass-produced fuel cell SUV for the U.S. market, boasting a range of up to 380 miles or about 612 km.

The Nexo can be leased for $399 (Blue model) or $449 (Limited model) for 36 months and can also be purchased outright for $58,300. The first year of maintenance is free of charge and the customers are eligible for a tax credit (subject to individual tax circumstances) from the state of California for up to $5,000. Buyers of the Nexo will also receive hydrogen fueling cards with a combined maximum value of $13,000 to be used during the first three years of vehicle ownership.

Read more about the Hyundai Nexo and check out more pictures here.