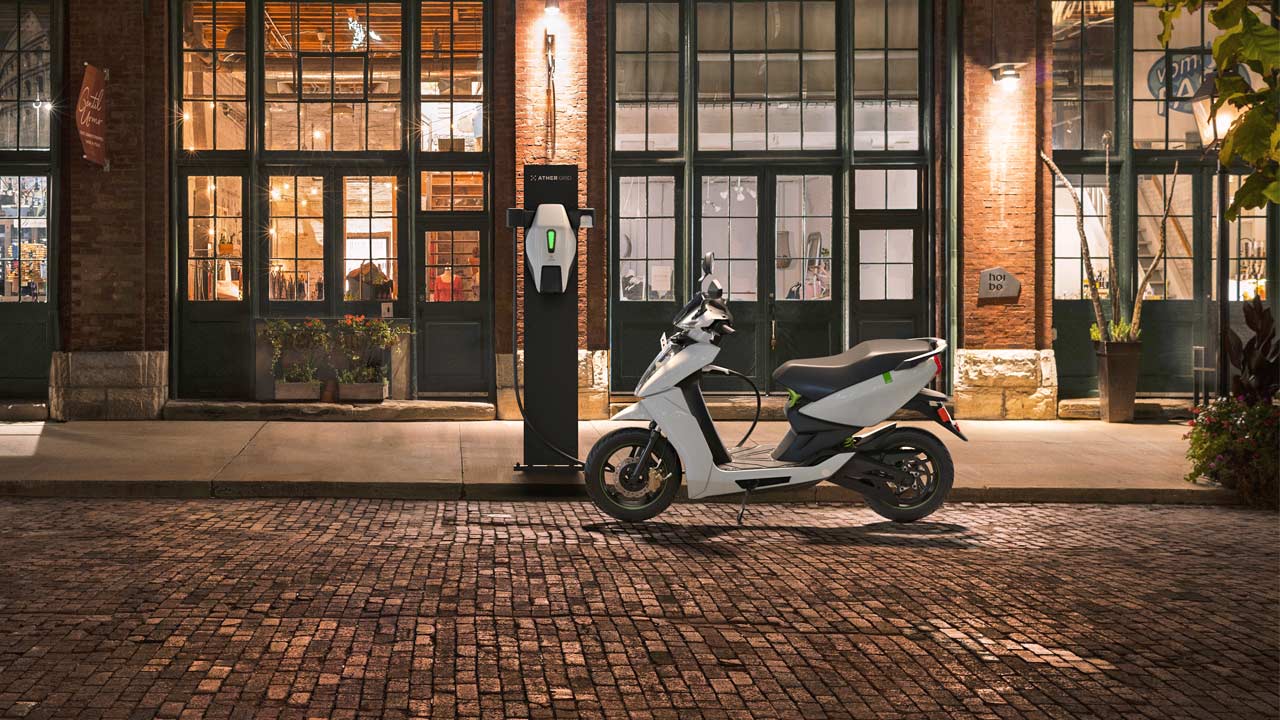 September 2019 update: Ather 340 has been discontinued due to lack of demand.

It seems like the authorities have listened to the Society of Manufacturers of Electric Vehicles (SMEV), who were urging the Government to reduce the GST rate on EVs and related components from 12% to 5%. The rate has now been reduced to 5% and so are the prices of EVs. 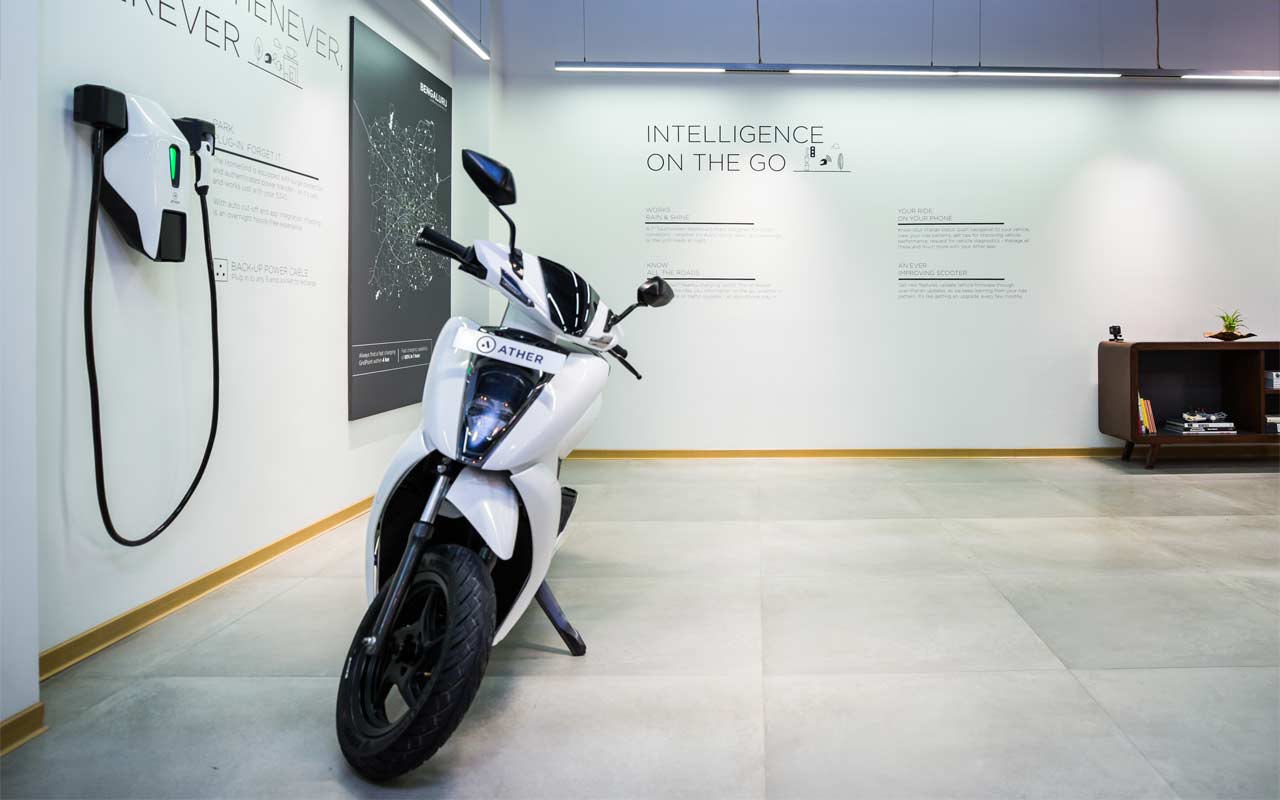 The Ather electric scooters which were launched over a year ago, are now available at reduced prices. The Ather 340 is now priced at Rs 1,02,460 while the Ather 450 carries a price tag of Rs 1,13,715. Both prices are on-road, Bengaluru, inclusive of registration, FAME subsidy, and insurance. 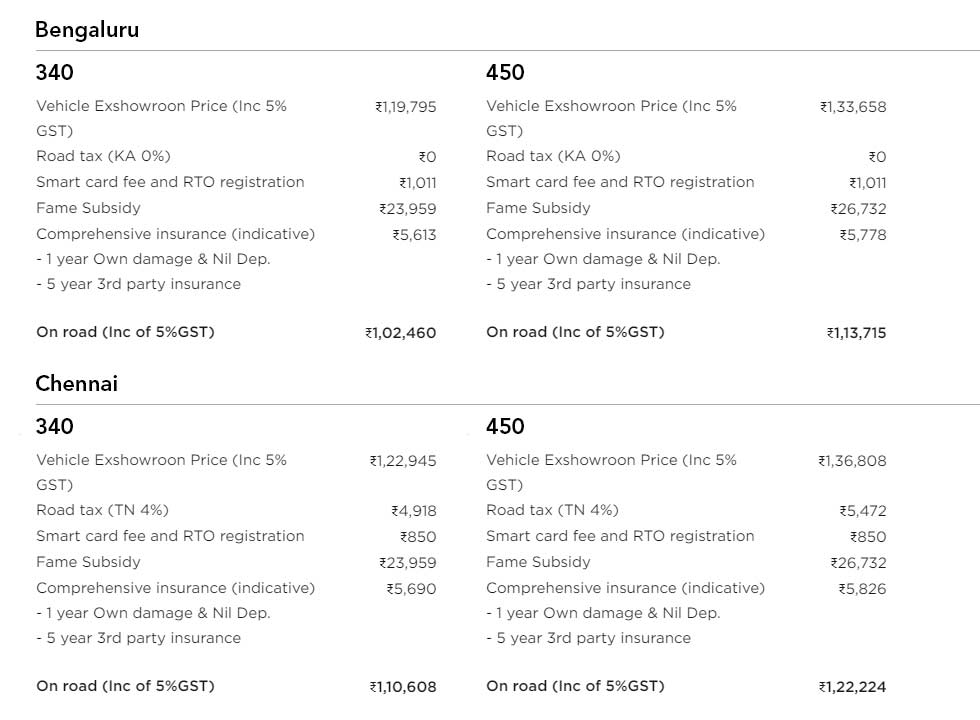 The Ather electric scooters were initially launched only in the city of Bengaluru, and the company has now started pre-orders for Chennai as well with deliveries planned on a first-come, first-serve basis. The on-road prices for Chennai at the time of publishing this story, are Rs 1,10,608 and Rs 1,22,224, for Ather 340 and Ather 450, respectively. Notice that Chennai prices include a road tax of 4%.

In May this year, the startup raised an investment of $51 million in its latest round of funding, led by Flipkart co-founder Sachin Bansal’s investment of $32 million. Sachin had invested $0.5 million in the firm as an Angel investor in 2014. Hero MotoCorp has converted its convertible debt of $19 million as a part of this round. In addition to this, InnoVen Capital has extended an $8 million venture debt.