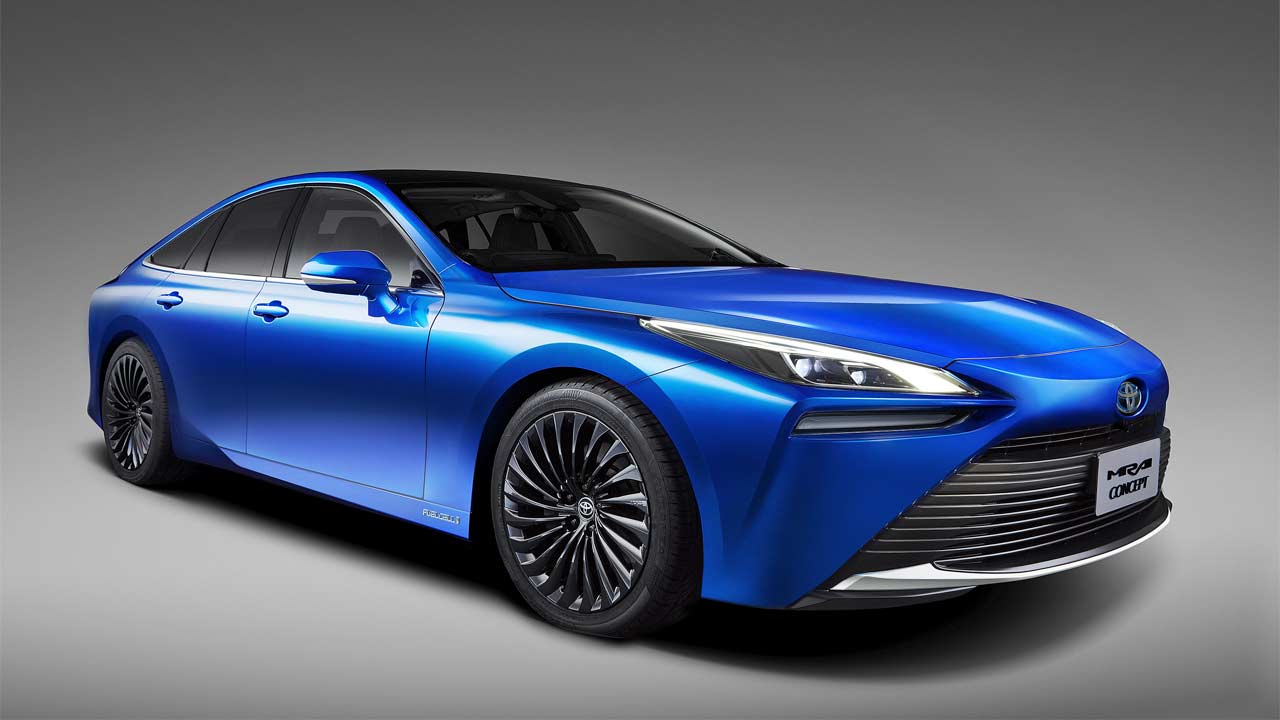 Just when we all thought that fuel cell electric vehicles (FCEV) are all about saving the planet with a difference, Toyota has come up with this new Mirai Concept, which according to its Chief Engineer, can put a smile on the driver’s face.

We have worked to make a car that customers will want to drive all the time, a car that has an emotional and attractive design and the kind of dynamic and responsive performance that can put a smile on the driver’s face. – Yoshikazu Tanaka, Chief Engineer, Mirai 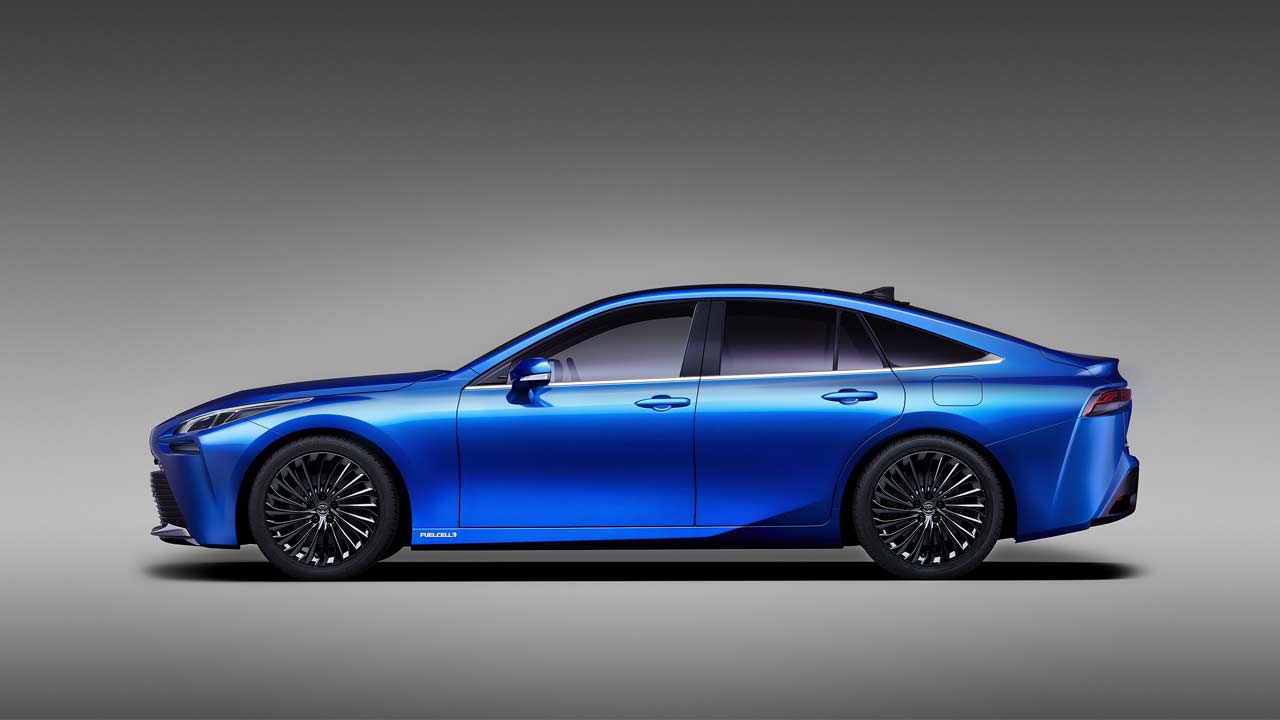 “I want customers to say I chose the Mirai because I simply wanted this car, and it just happens to be an FCEV,” adds Tanaka. Indeed, the new car (Concept) looks stunning and a lot more interesting than the one it’ll replace. While the front fascia looks like an evolved version of the current model, the rear-end has a coupe-like silhouette that’ll appeal to more people. The Concept here is finished in a newly developed color called Force Blue, which uses multiple layers to achieve exceptional brightness and depth. 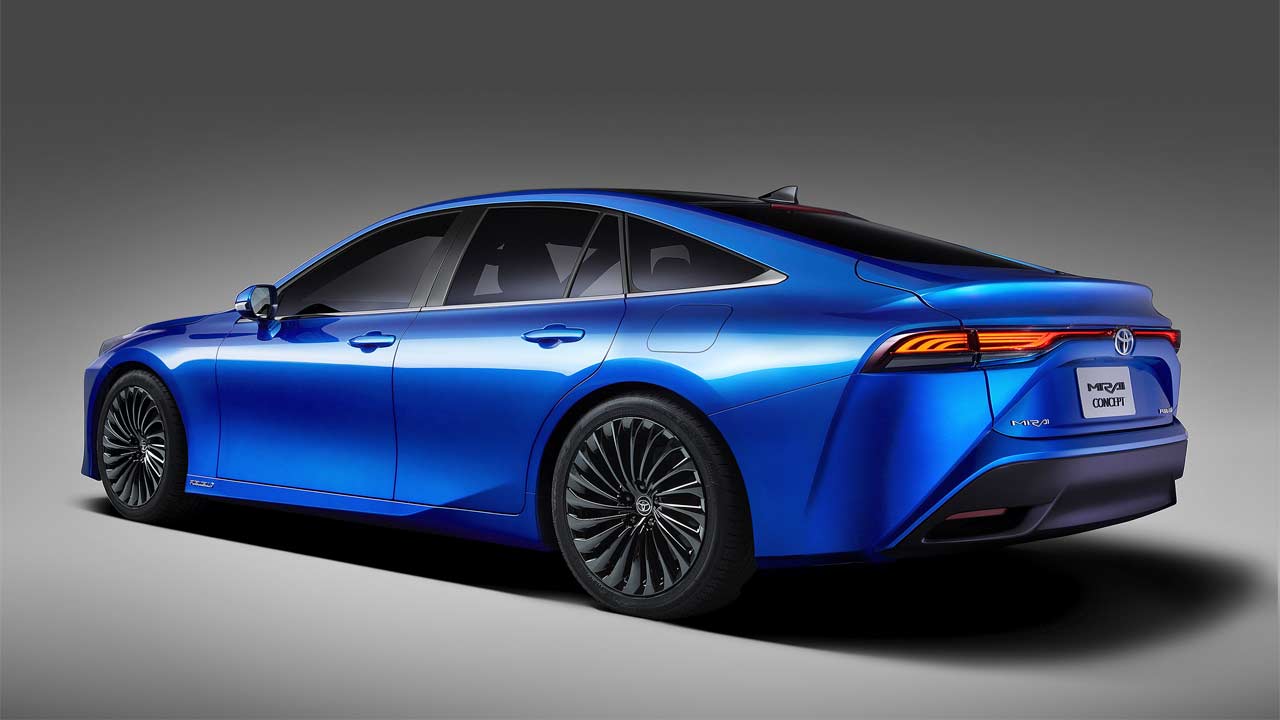 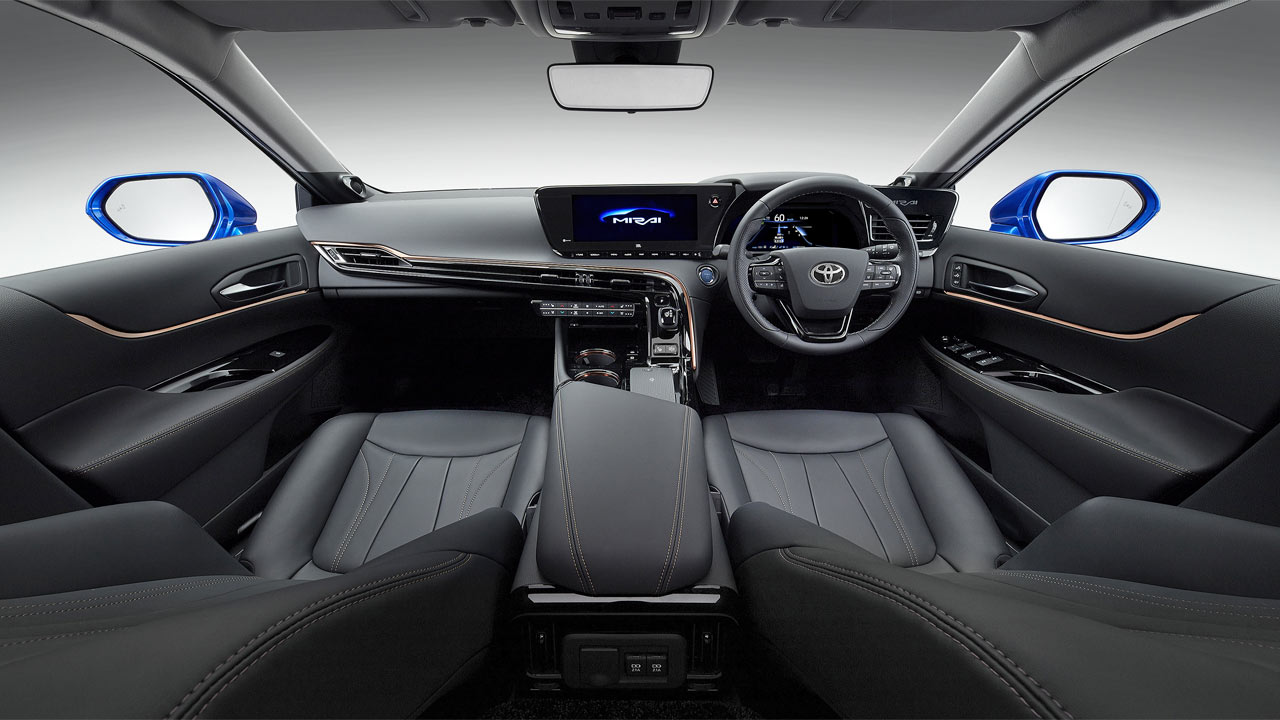 As for the interior layout, we can see the Lexus inspiration straight away. The passenger gets a continuous air vent outlined by what appears to be a copper accent. The dashboard is dominated by a 12.3-inch widescreen that sits close to the instrument cluster for a driver-focused feel. 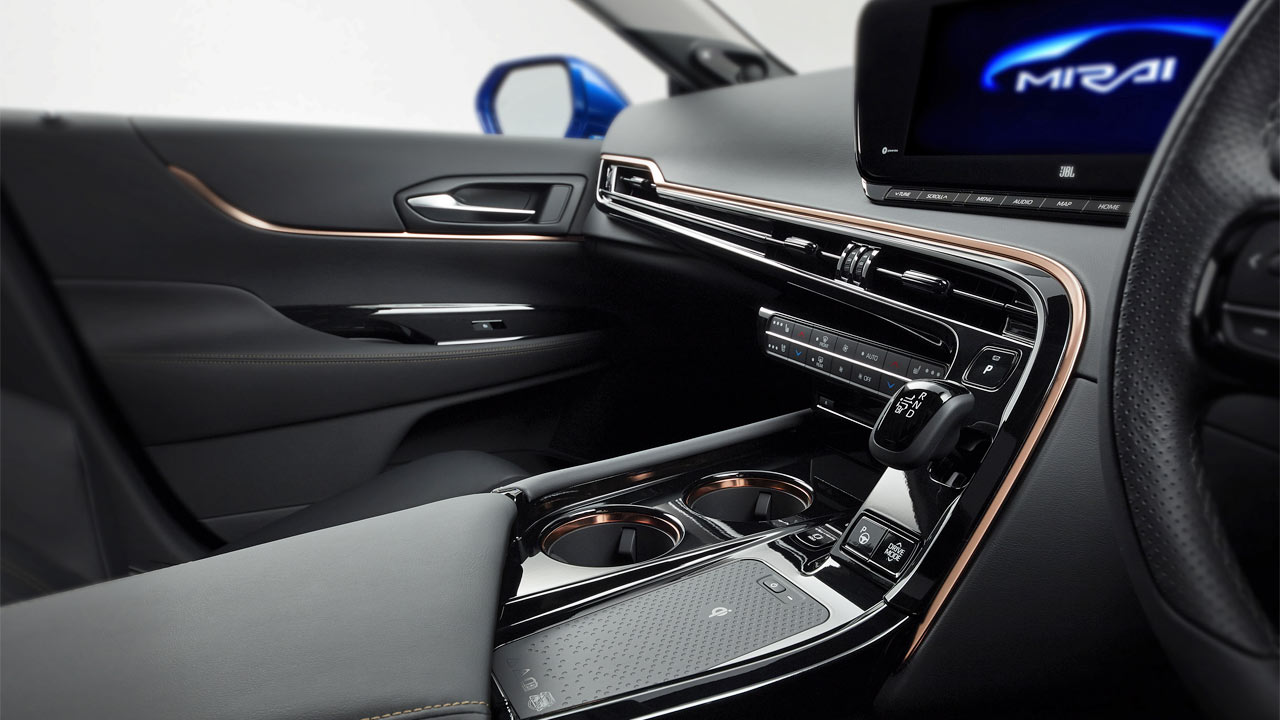 Other features we can notice are the JBL audio system, dashboard-mounted selector lever and a separate parking button just above it, and a Drive Mode selector under the lever. There are cup holders with copper outlining, and we can also notice a Qi wireless charging pad on the centre console.

Toyota said that the TNGA platform has made space for five seats instead of the current-generation Mirai’s four. Other improvements include a higher degree of body rigidity contributing to greater agility and responsiveness, and a lower center of gravity for better handling. 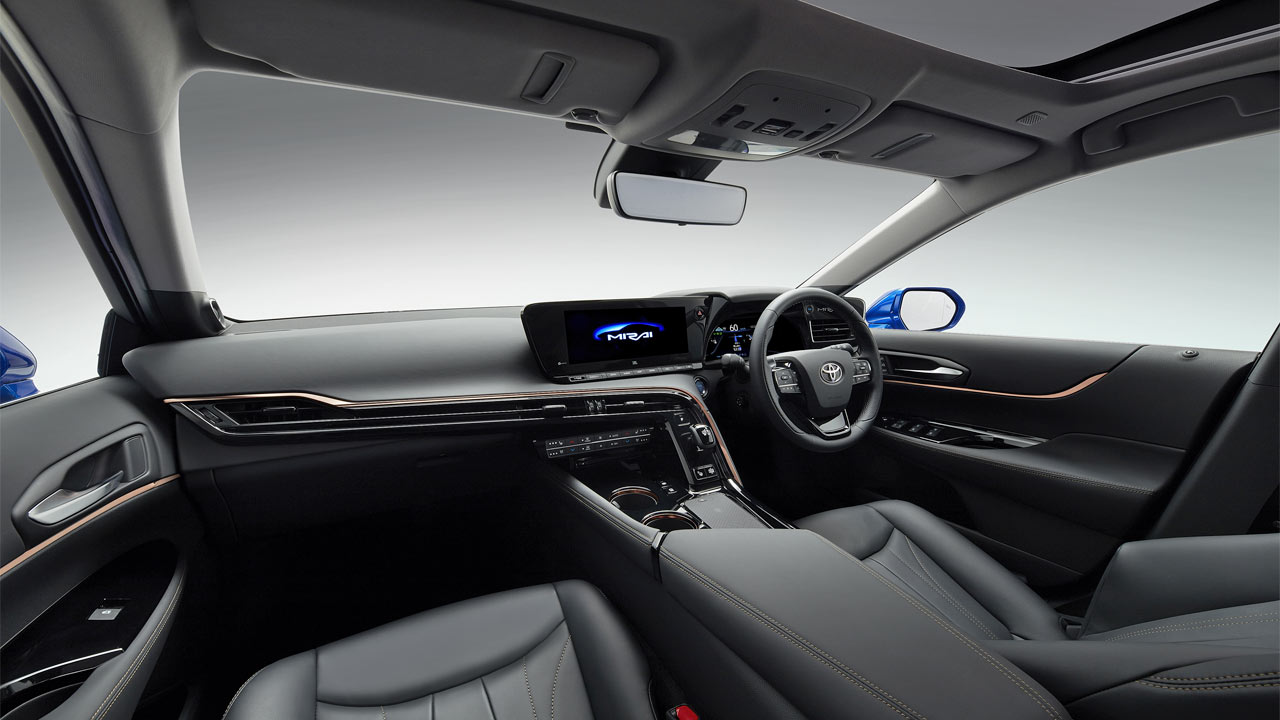 The second-generation Mirai features a fully-redesigned fuel cell system, including its fuel cell stack, that is claimed to deliver substantially improved performance. This includes targeting a 30 percent increase in driving range over the current generation, thanks to increased hydrogen storage capacity, among other measures. Improvements to the fuel cell system go beyond the increased range to offer a linear, smooth response when pulling away, Toyota said.

The Mirai Concept will make its public debut at the Tokyo Motor Show 2019. The production version is scheduled for launch starting in late 2020, initially in Japan, North America, and Europe.