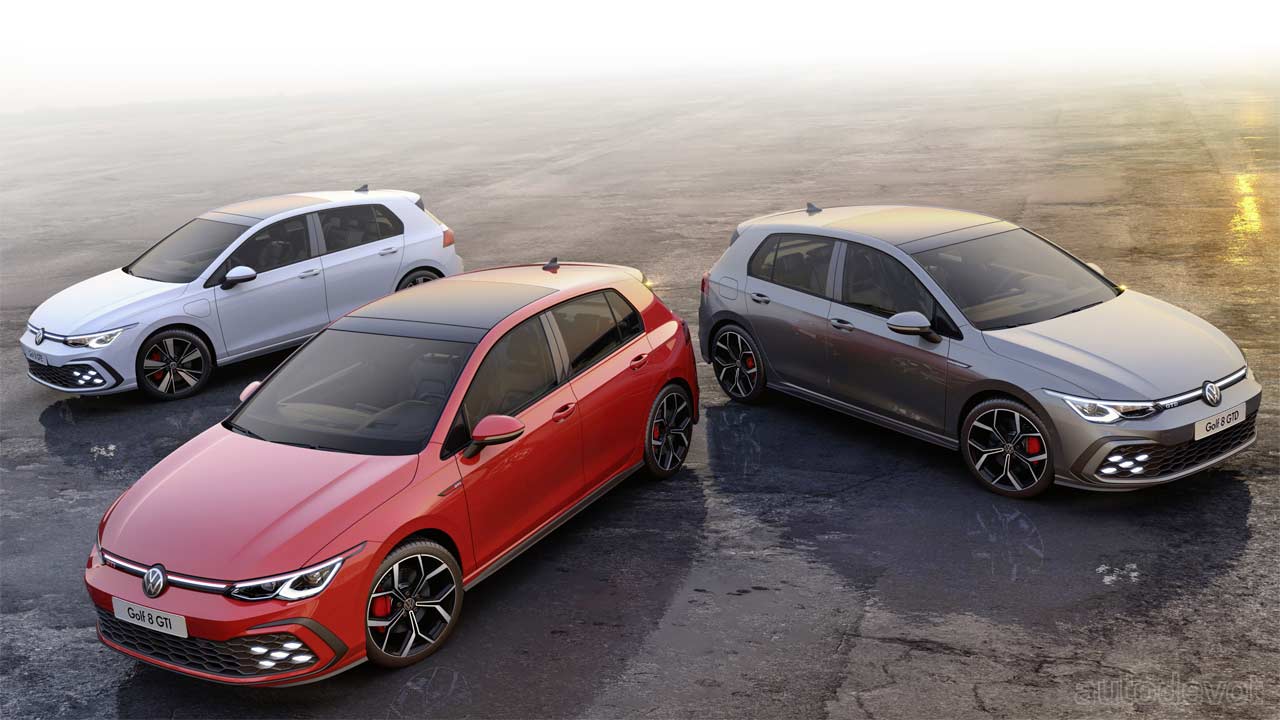 Volkswagen has revealed the hot hatch versions of the Mk8 Golf ahead of their public debut at the 2020 Geneva International Motor Show. These include the GTI, GTD (diesel), and the GTE (PHEV).

Compared to the regular Golf, the visual upgrades on the hot hatches are subtle, beginning with a badge on the (upper) grille. The larger grille on the bumper as we can see, sports a honeycomb pattern and is outlined with a Black application. The grille also hosts the optional X-shaped fog lights. As standard, the cars ride on 17-inch ‘Richmond’ alloy wheels, while 18- or 19-inch rims are available on request. The calipers on all three cars are painted in Red. 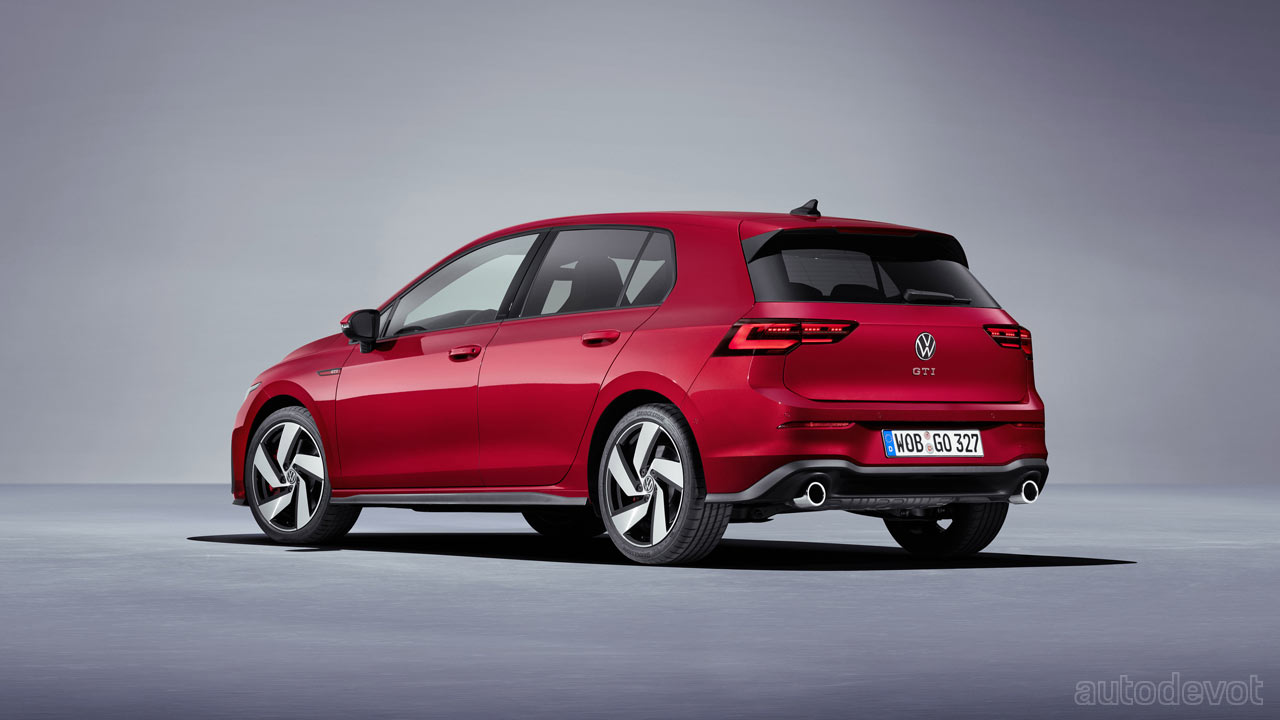 Unlike the regular Golf which has a fake exhaust chrome lining at the rear, the GTI and GTD get the real ones. However, the GTE sports the aforementioned fake exhaust lining. All three models feature wider side skirts in Black, which come together to form the front spoiler and the rear diffuser-like insert. 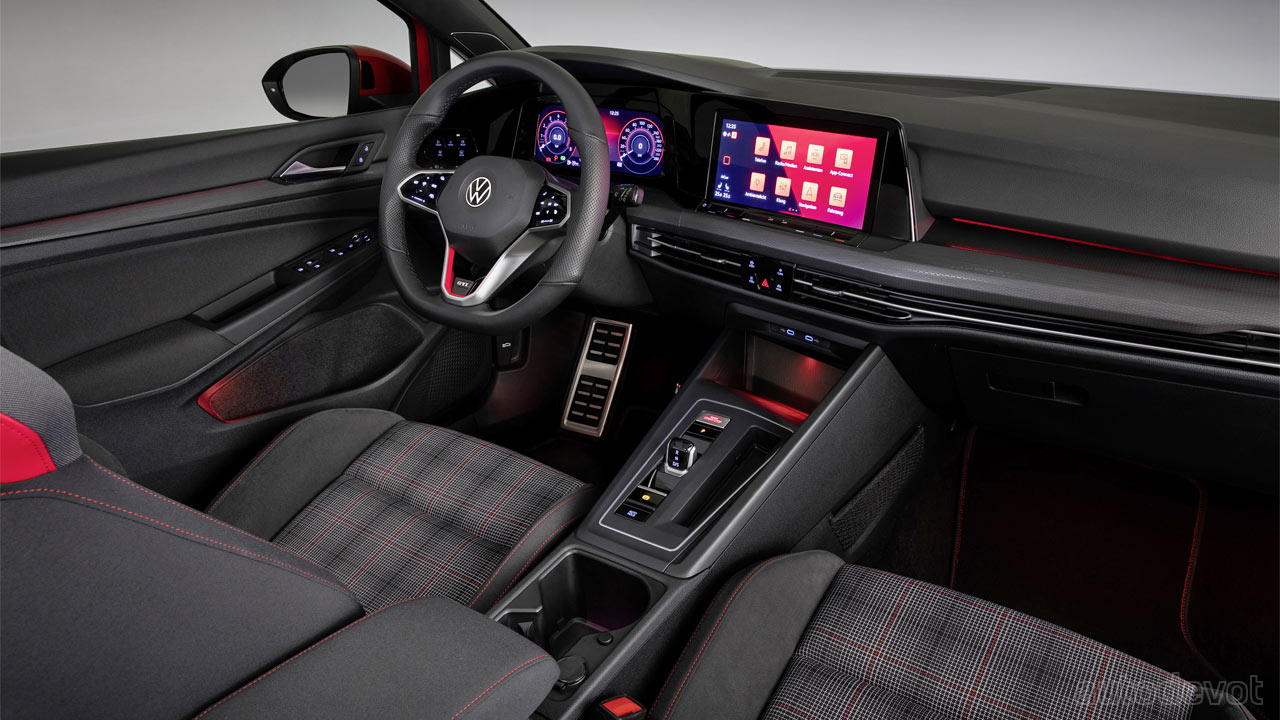 The interiors too have been spiced up in a subtle way. The three silver spokes have been retained; in the GTI, the interior of the central spoke has a Red finish, while the GTE and GTD have Blue and Silver finishes respectively. The classic checked pattern of the sports seats is also retained. The new checked design is called ‘Scalepaper’.

The seams of the Grey and Black design are Red in the GTI, Blue in the GTE and light Grey in the GTD. Red, Blue or Black are also used for all decorative seams and edging, depending on the model. 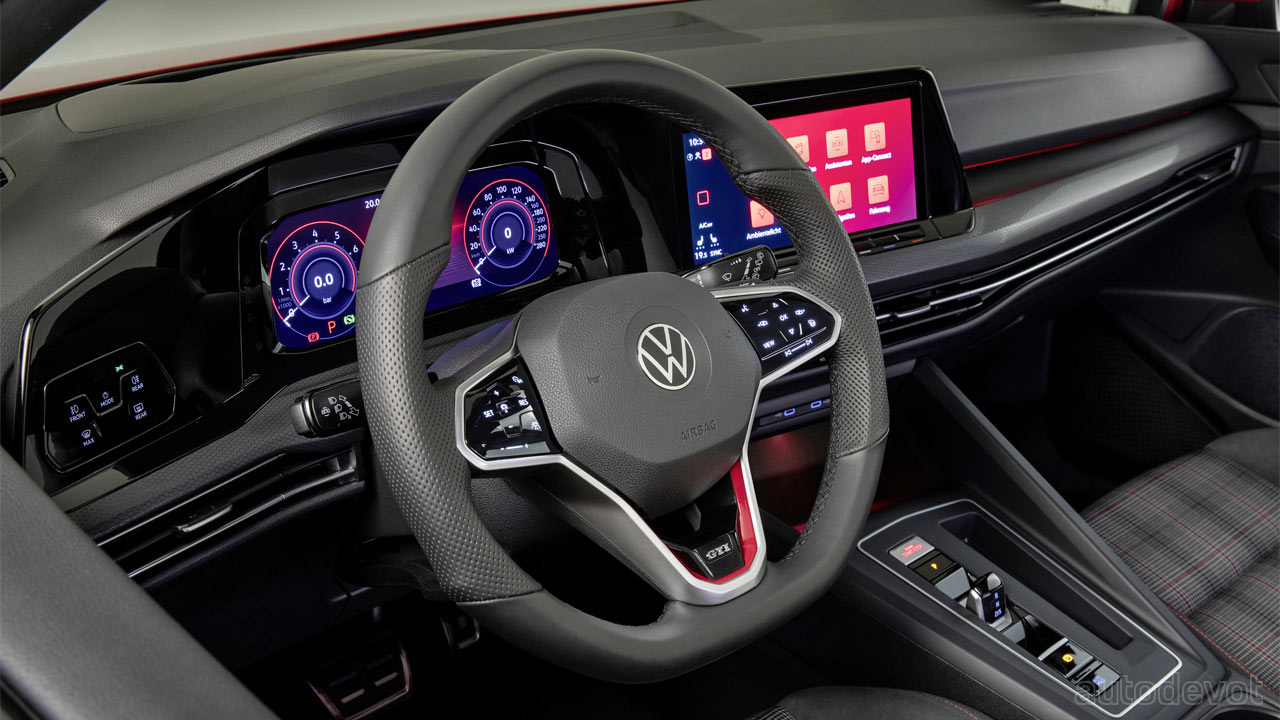 Rest of the features have been carried over from the regular model, such as the 10.25-inch Digital Cockpit, 10-inch navigation system, and various driver assistance and safety systems including Lane Assist, Autonomous Emergency Braking with Pedestrian Monitoring, and Car2X (local communication with other vehicles and the traffic infrastructure). More info here. 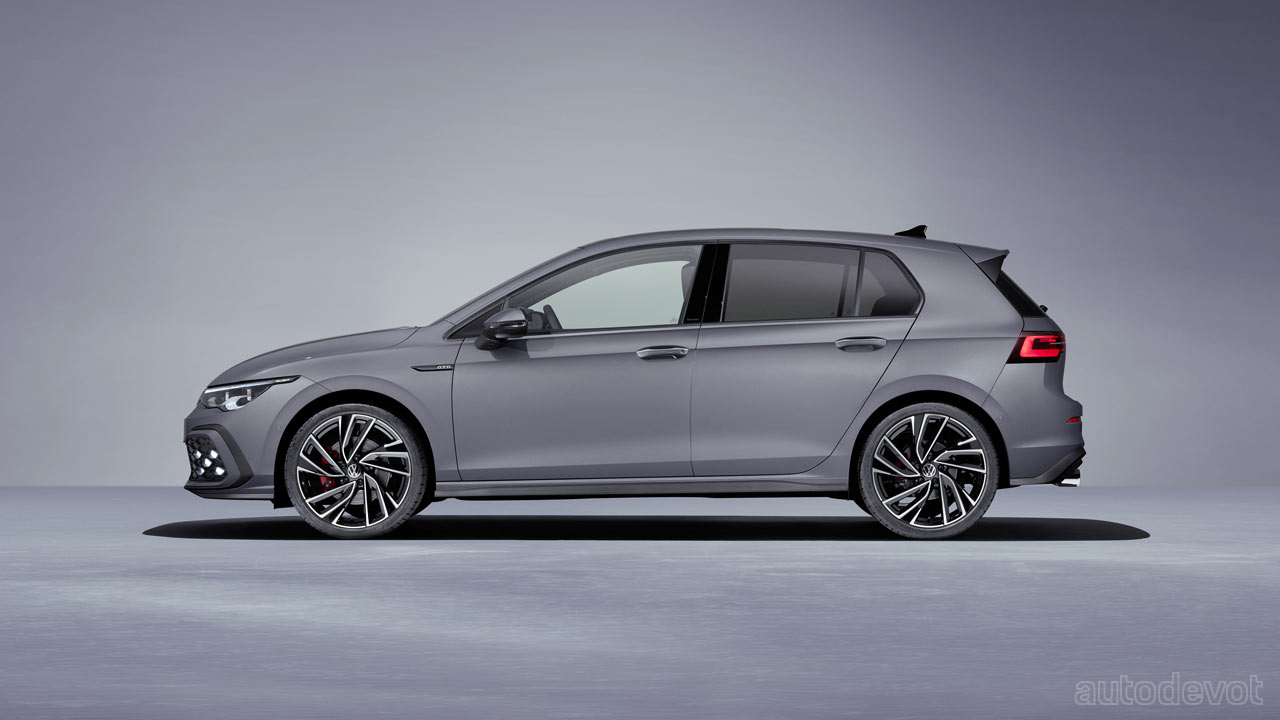 The suspension combo of the GTI, GTE and GTD is McPherson at the front axle and a multi-link at the rear. VW said that a new driving dynamics control system known as the Vehicle Dynamics Manager is used for the first time. The system controls both the XDS (electronic differential lock) function and the lateral dynamics components of the regulated dampers (optional DCC). The GTI and GTD sit 15 mm lower.

The DCC adaptive chassis control continuously reacts to the road surface and driving situation while taking account of various elements including steering, braking and acceleration manoeuvres. 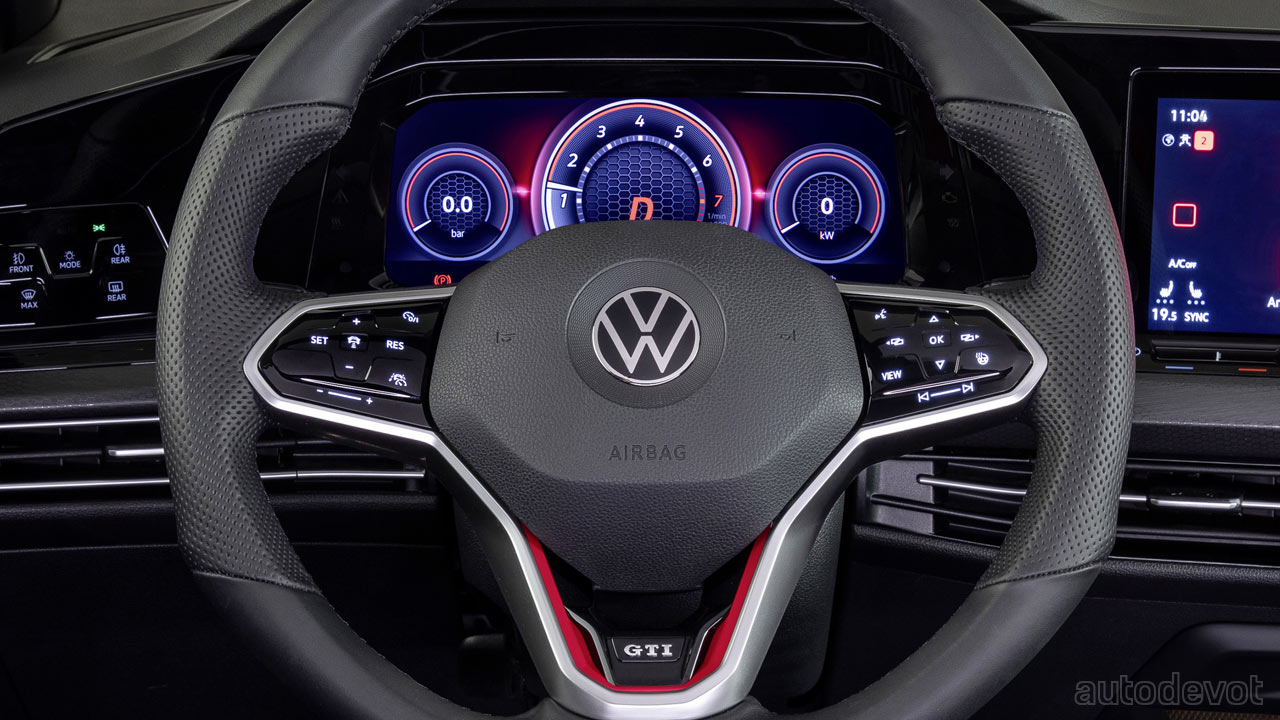 Moving on to the business end of the story, the Golf GTI is powered by a 2.0-litre, 4-cylinder turbocharged petrol engine with an output of 180 kW (245 hp) and 370 Nm of torque. As standard, the engine is coupled with a 6-speed manual gearbox, while the buyers can opt for a 7-speed dual-clutch automatic gearbox (DQ381 DSG). 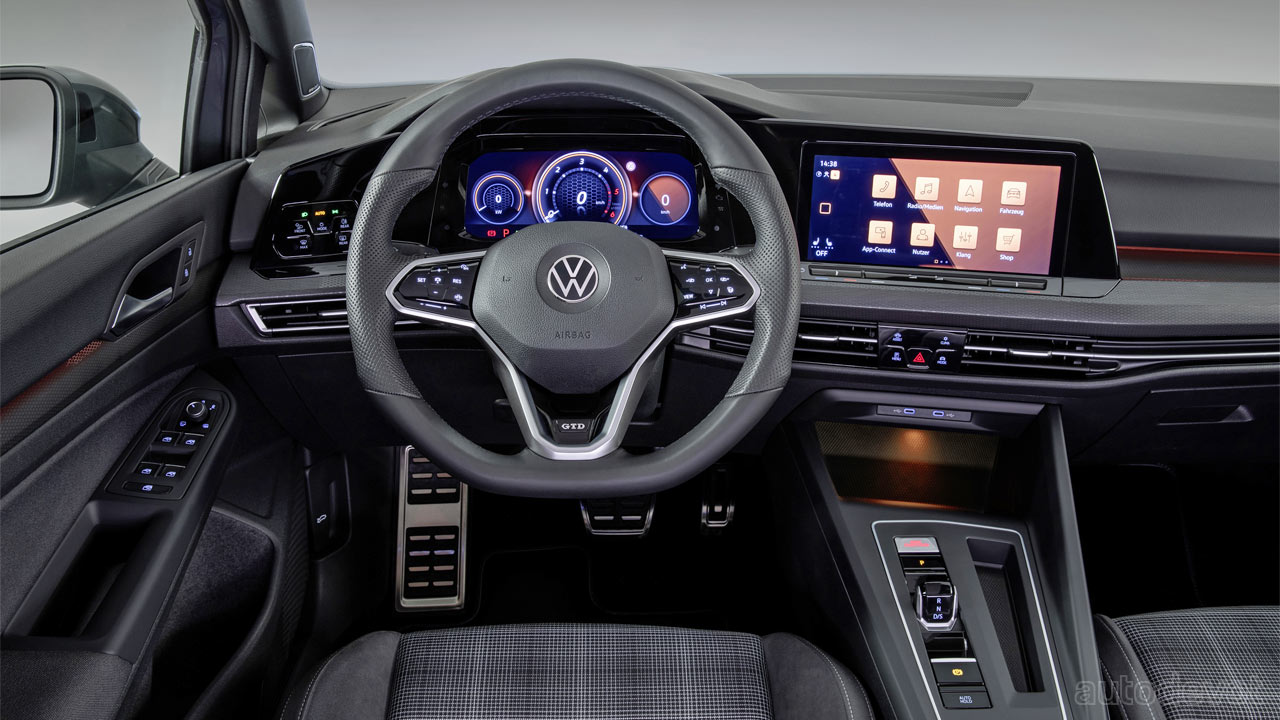 The diesel hot hatch is powered by a 2.0-litre, 4-cylinder turbocharged unit, developing 147 kW (200 hp) and a maximum torque of 400 Nm. For the GTD, the aforementioned DSG automatic is offered as standard. 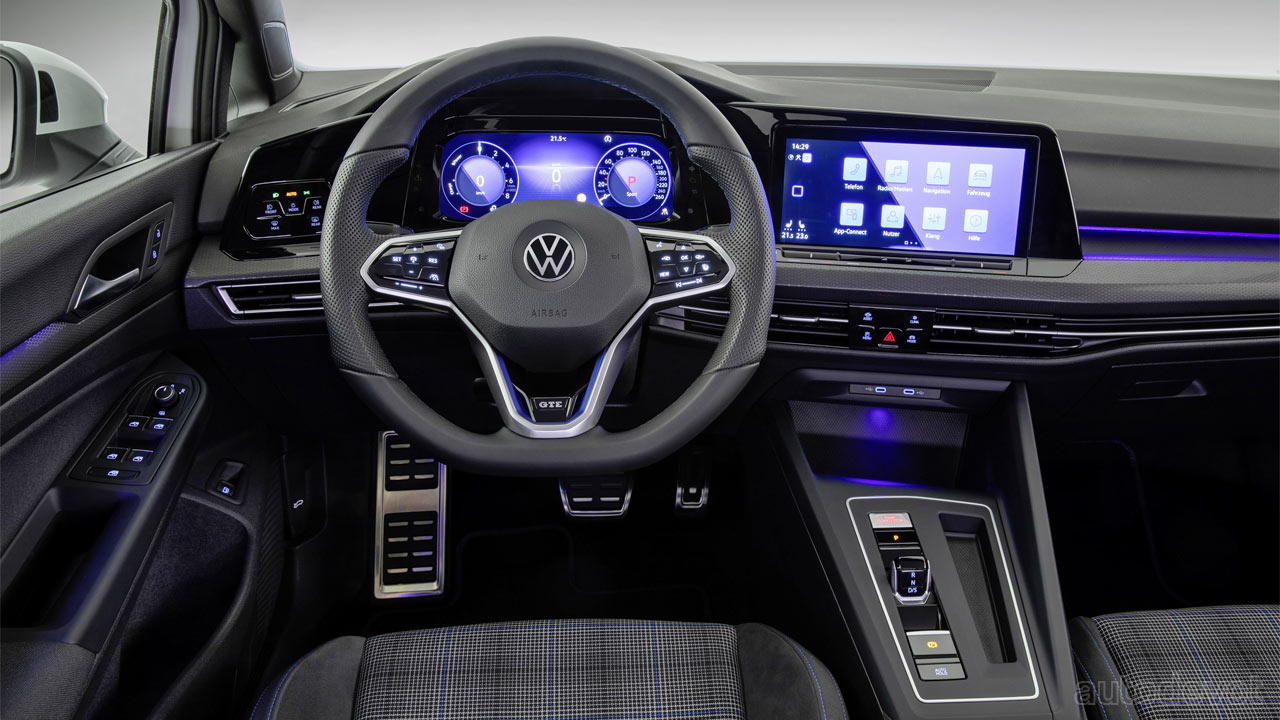 Compared with its predecessor, the all-electric range has increased significantly to now around 60 km, VW said. This is achieved by improving the Golf’s aerodynamics and managing to increase the energy content of the battery by 50% to 13 kWh. 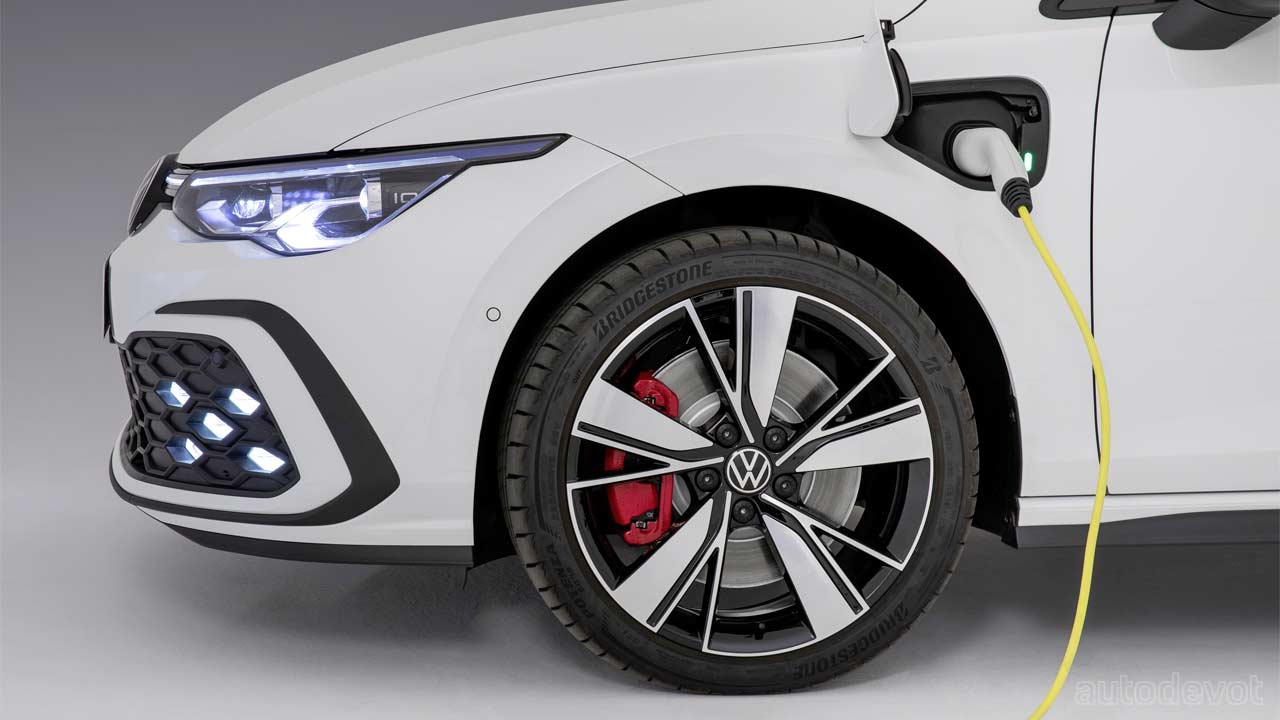 It can also be driven at speeds of up to 130 km/h in all-electric mode. When the battery is sufficiently charged, the Golf GTE always starts in all-electric E-Mode. The drive switches to Hybrid mode if the energy capacity of the battery drops below a certain level or if the speed rises above 130 km/h.

In Hybrid mode, the driver has the option of maintaining the state of charge using three symbols on the infotainment system screen (the equal sign “=”), increasing it (up arrow “∧”) or reducing it to a defined level (down arrow “∨”). This makes it possible to drive into an urban destination under electric power alone and with zero emissions. 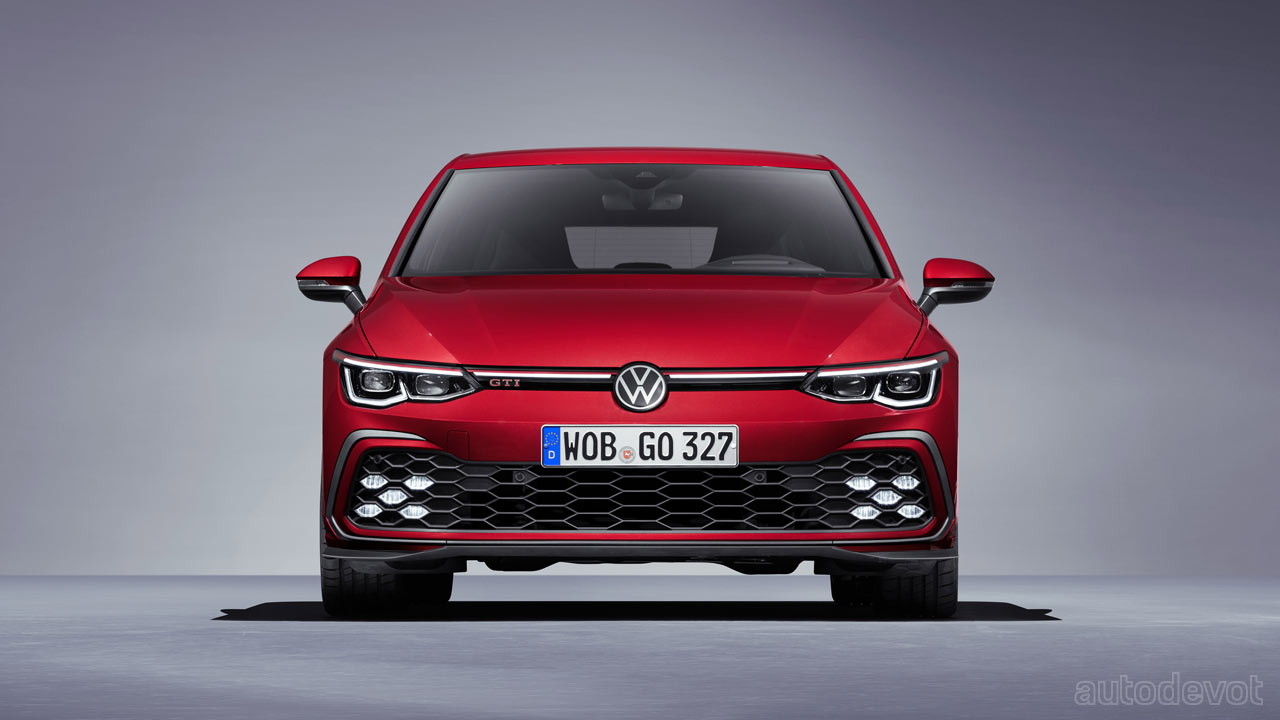 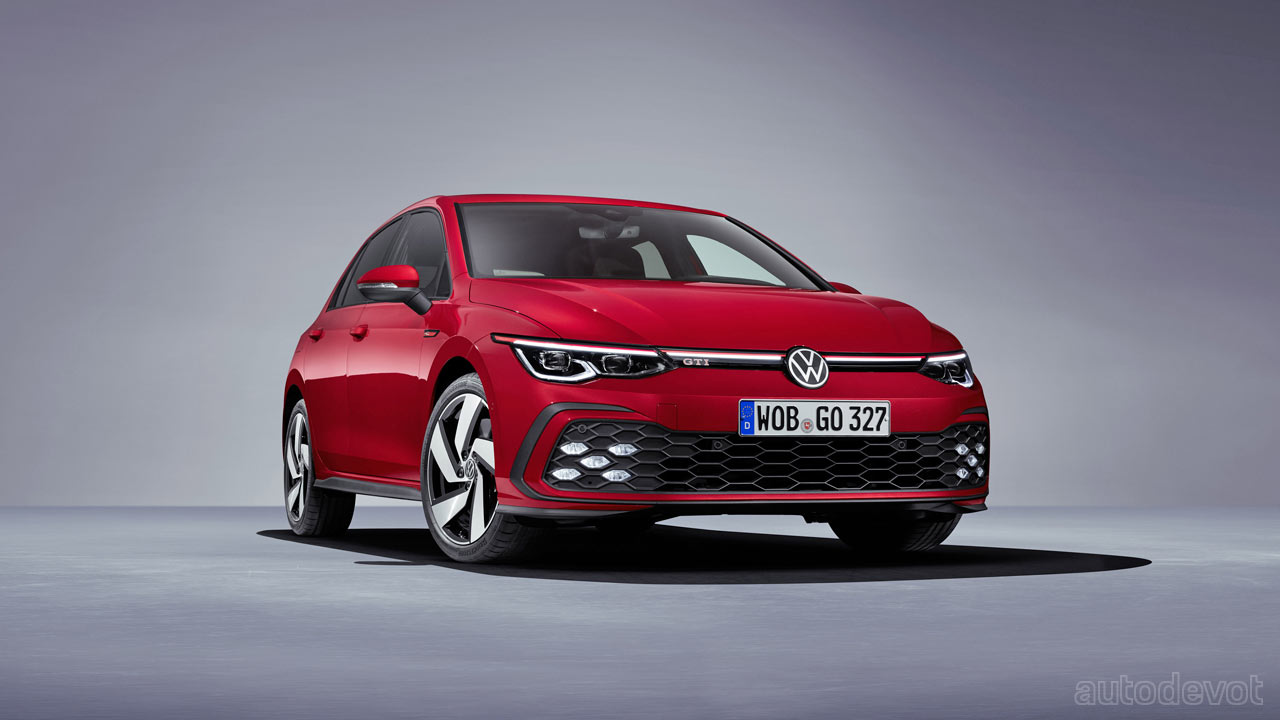 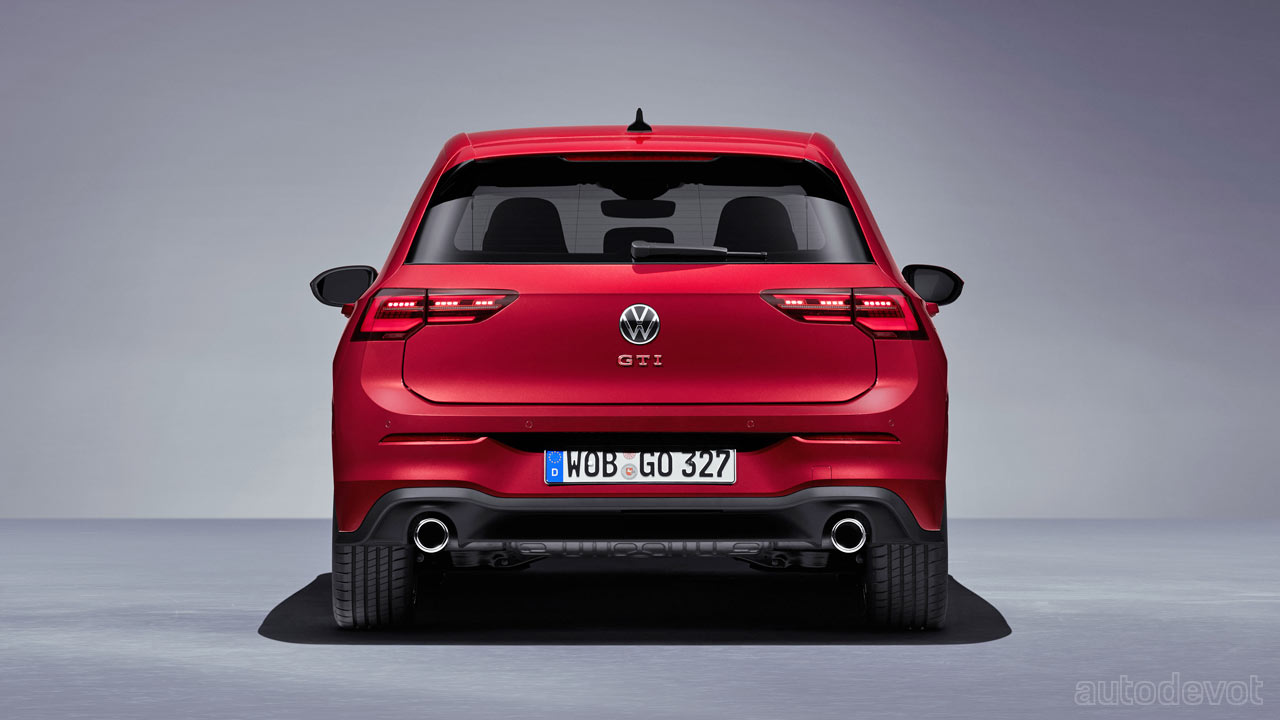 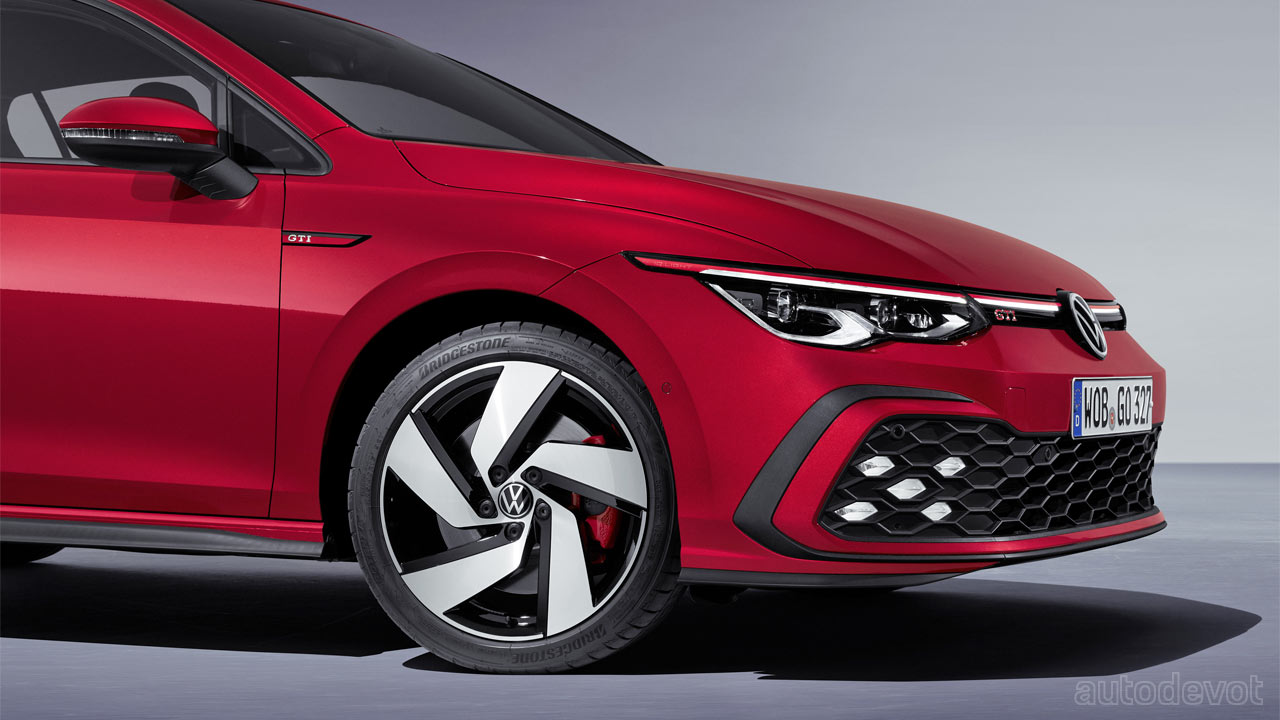 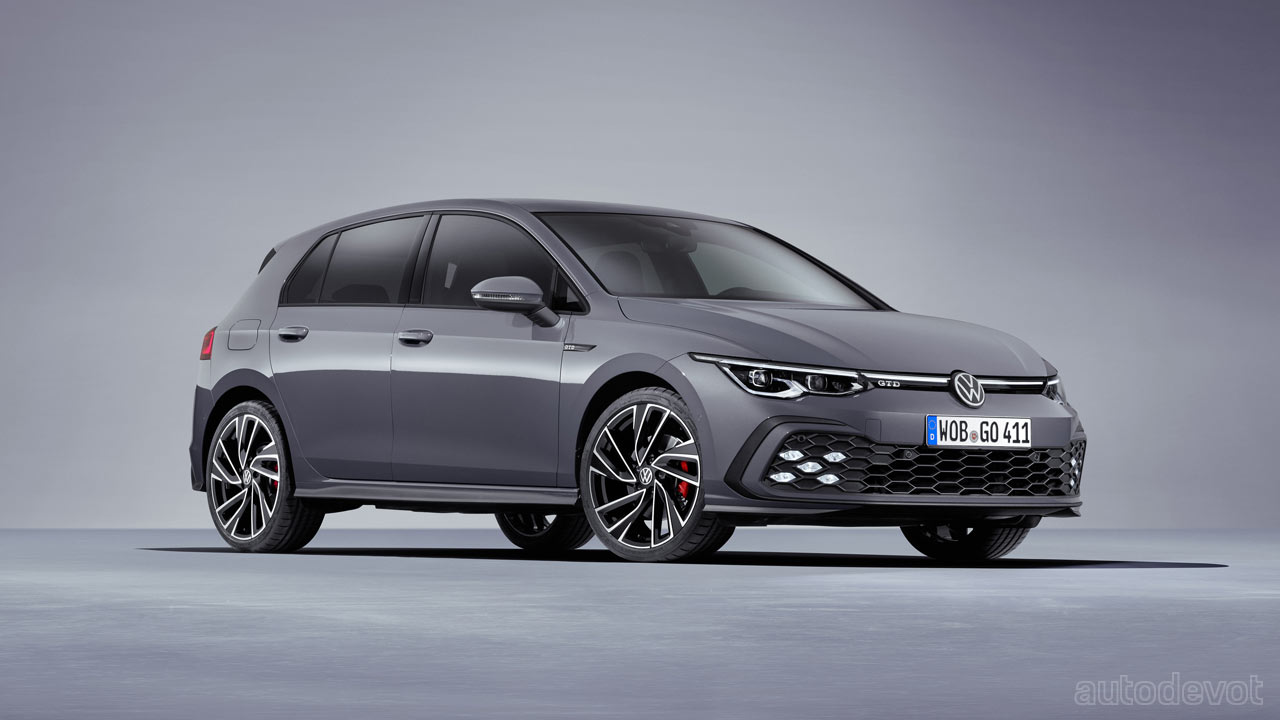 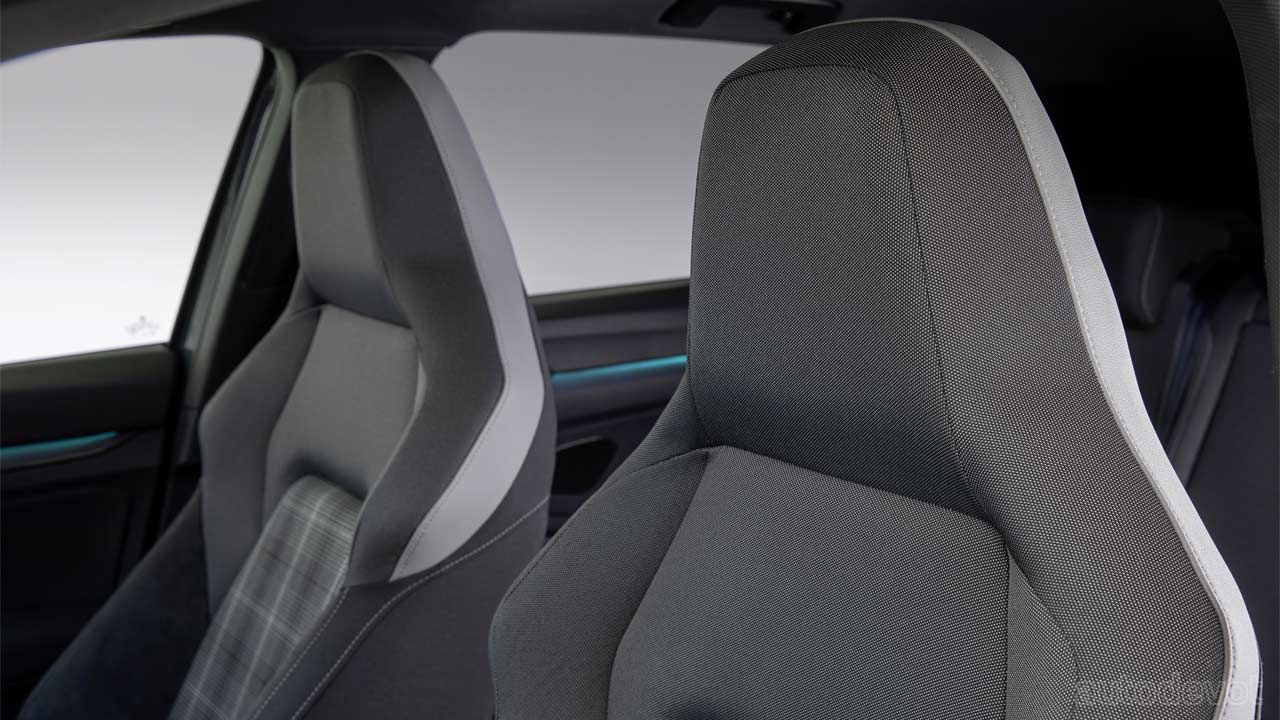 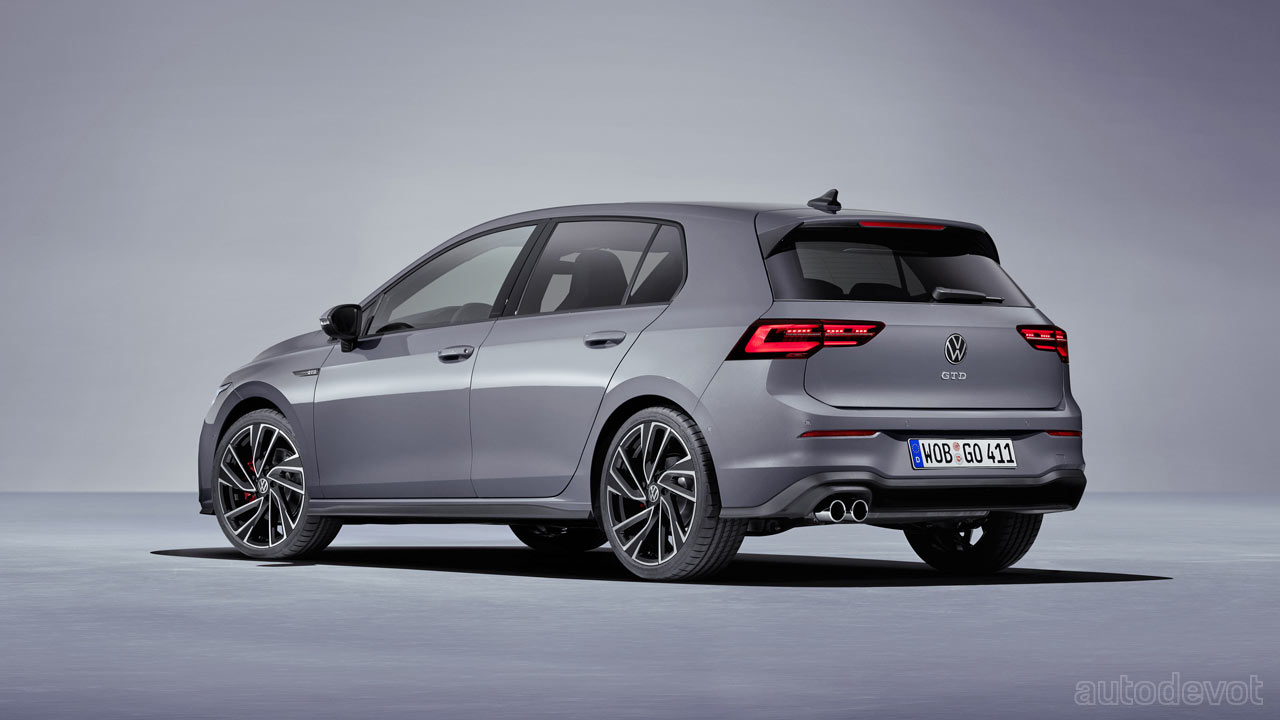 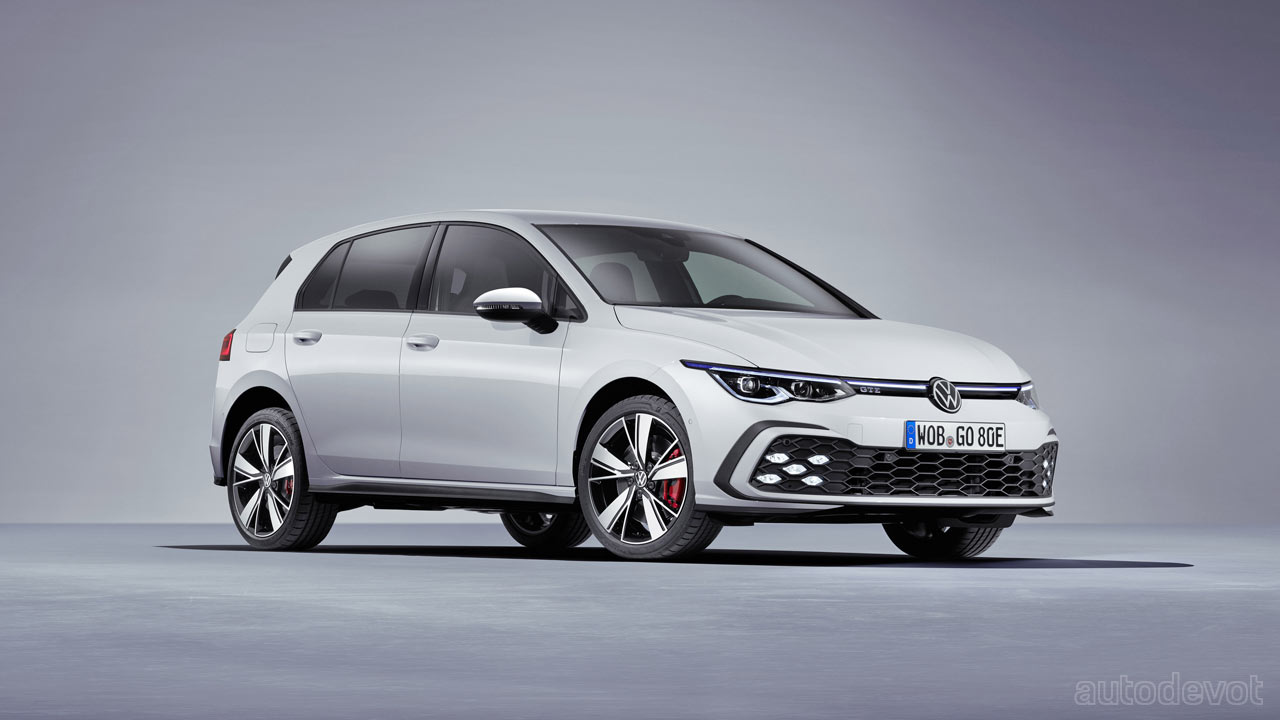 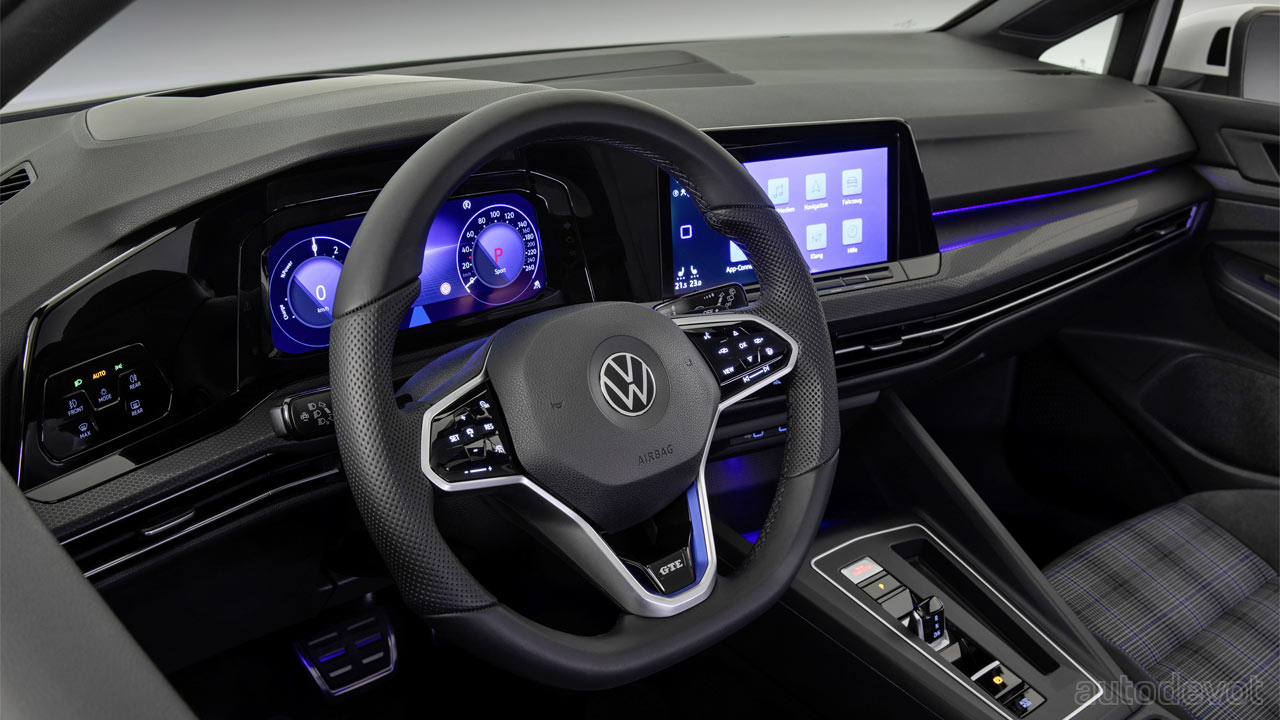 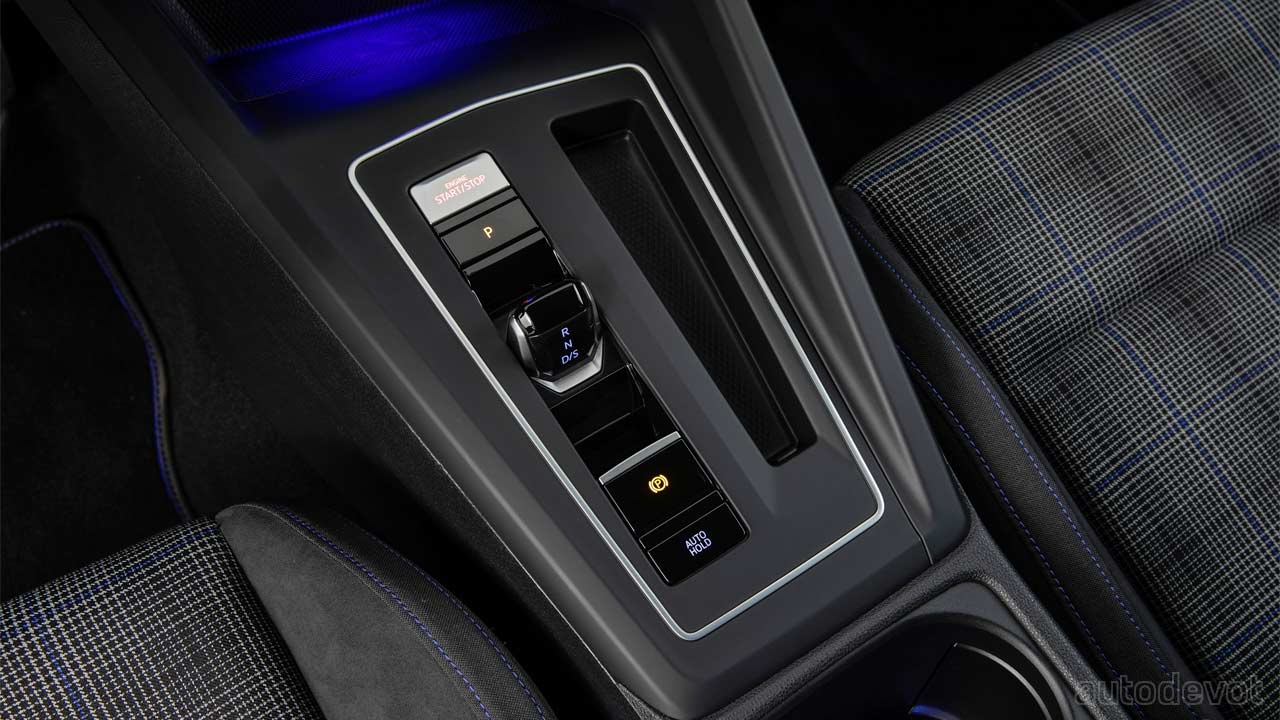 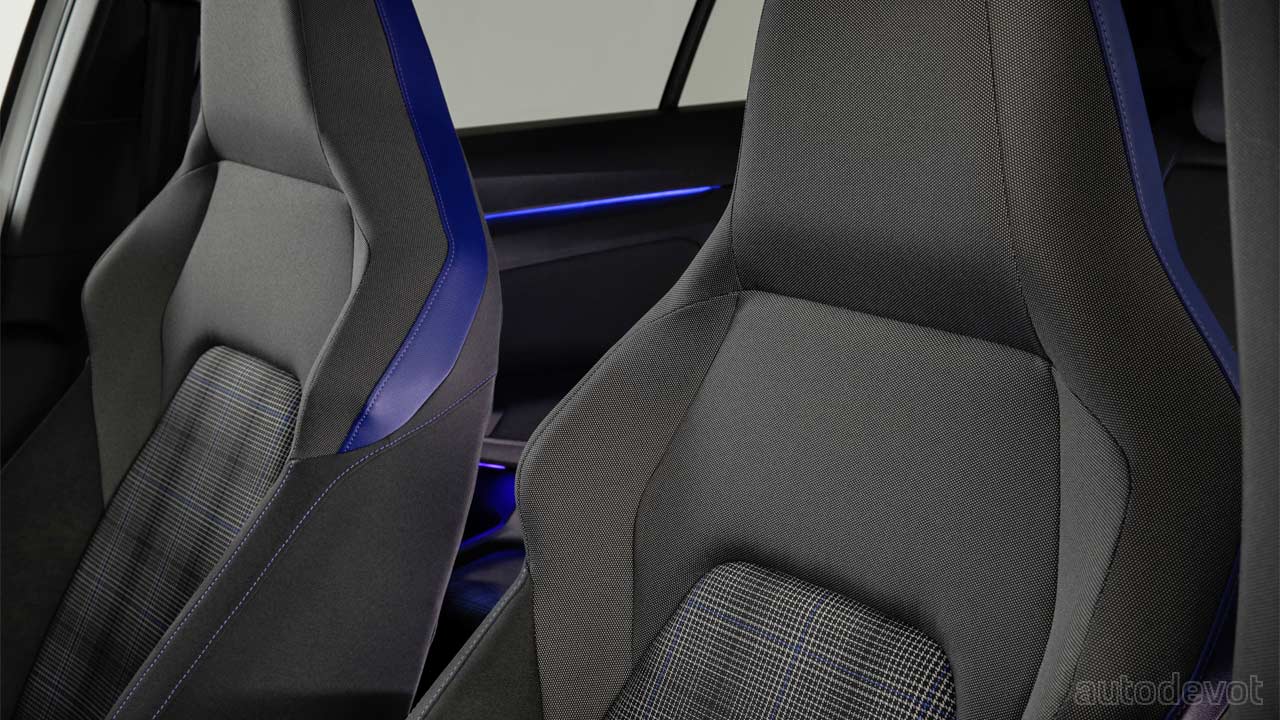 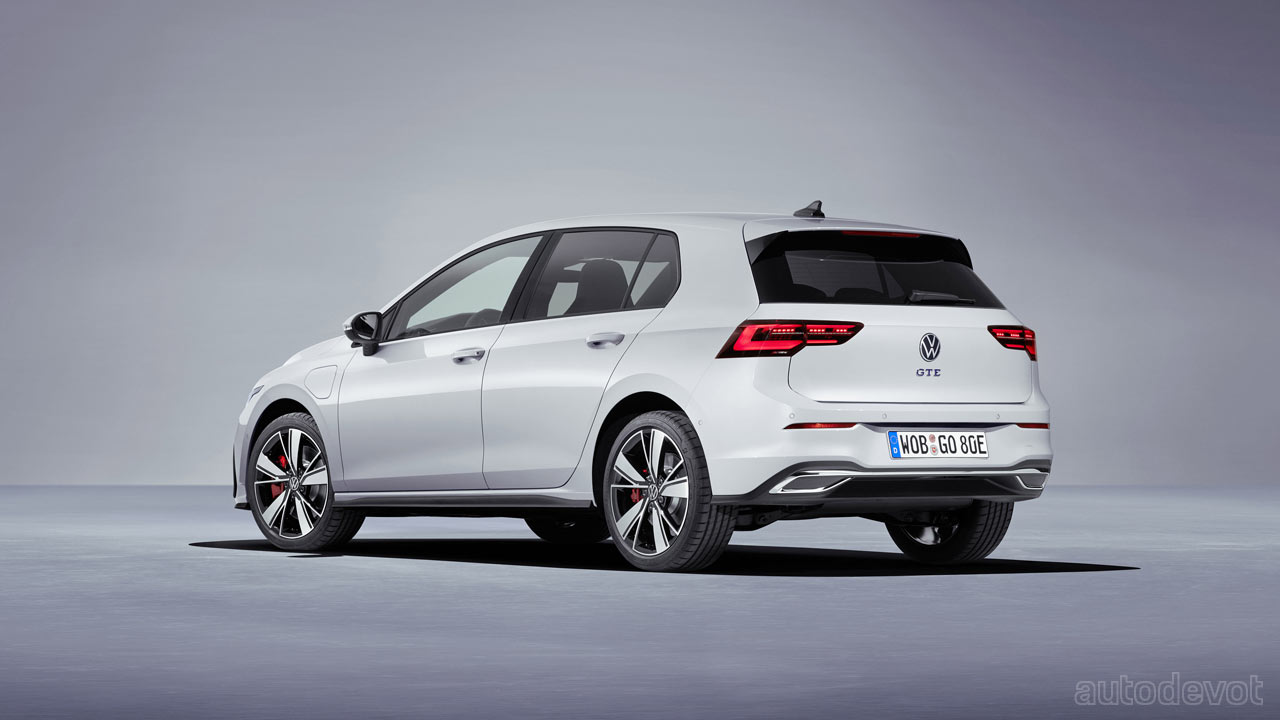 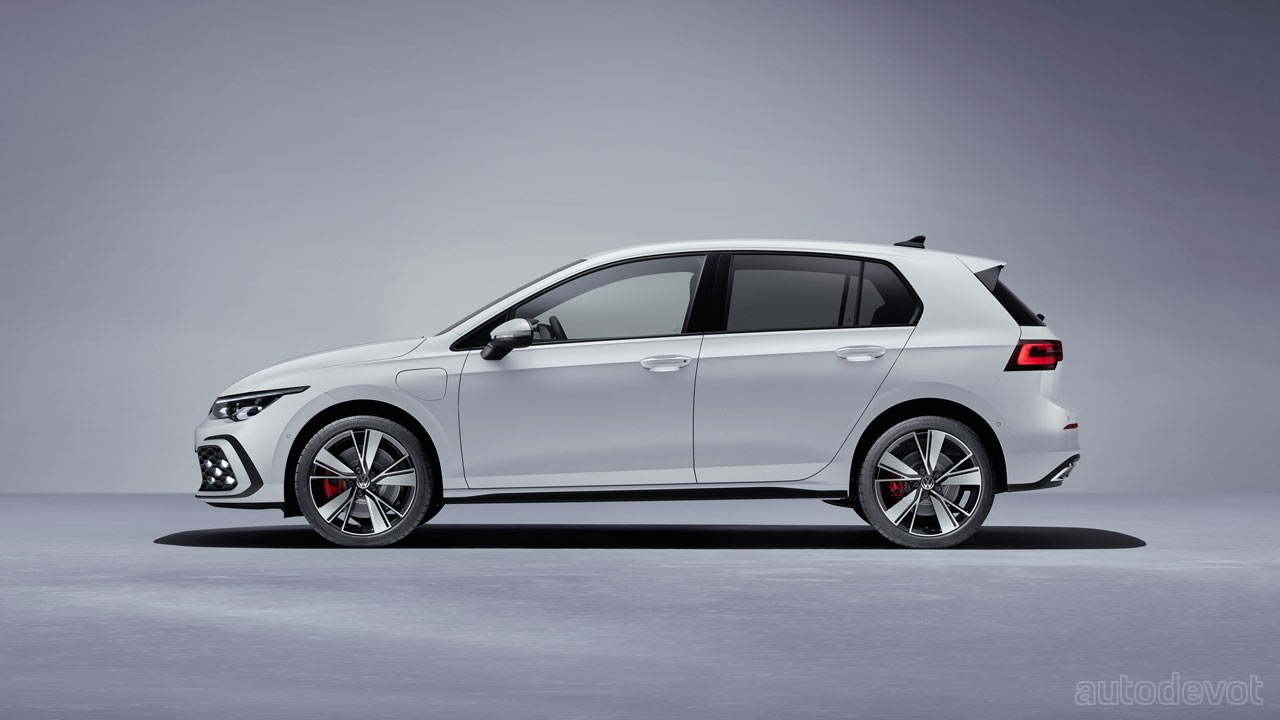