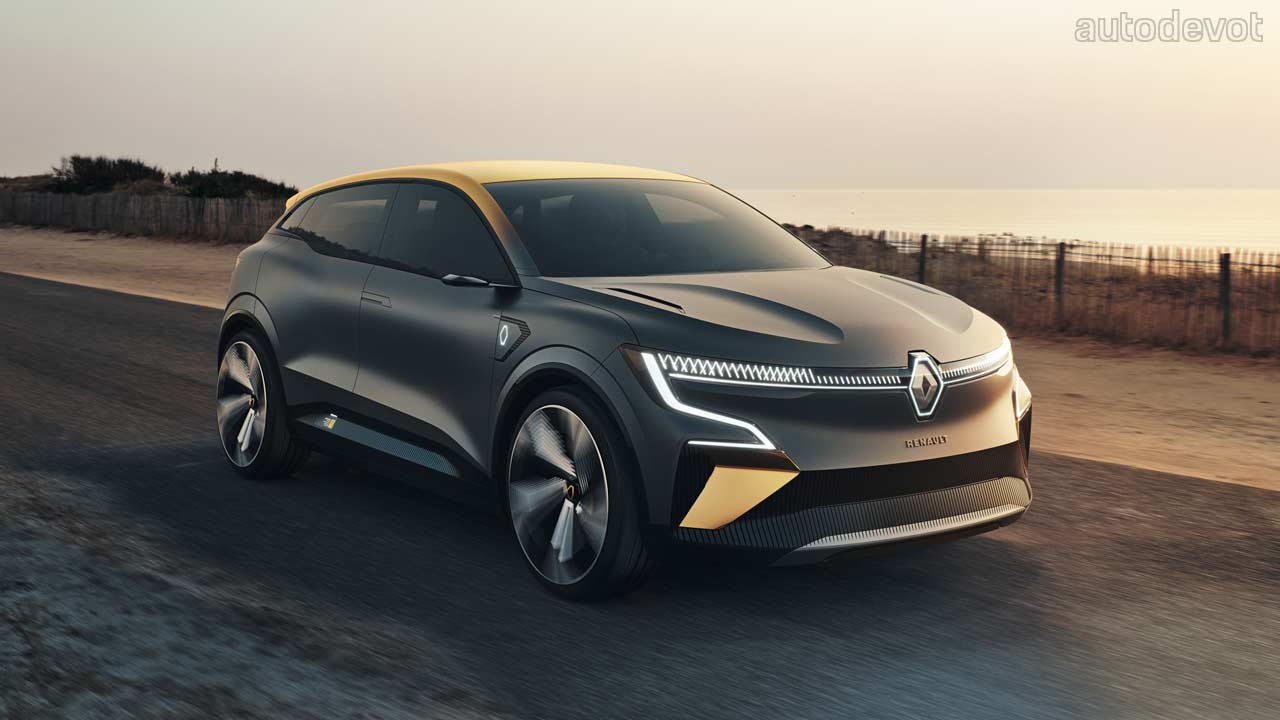 Renault has revealed the Mégane eVision concept, built on a new, modular CMF-EV platform. The production version will debut sometime next year. The name you might recognize from an existing Mégane lineup of cars, suggesting that this will be an all-electric version of the Mégane hatchback. 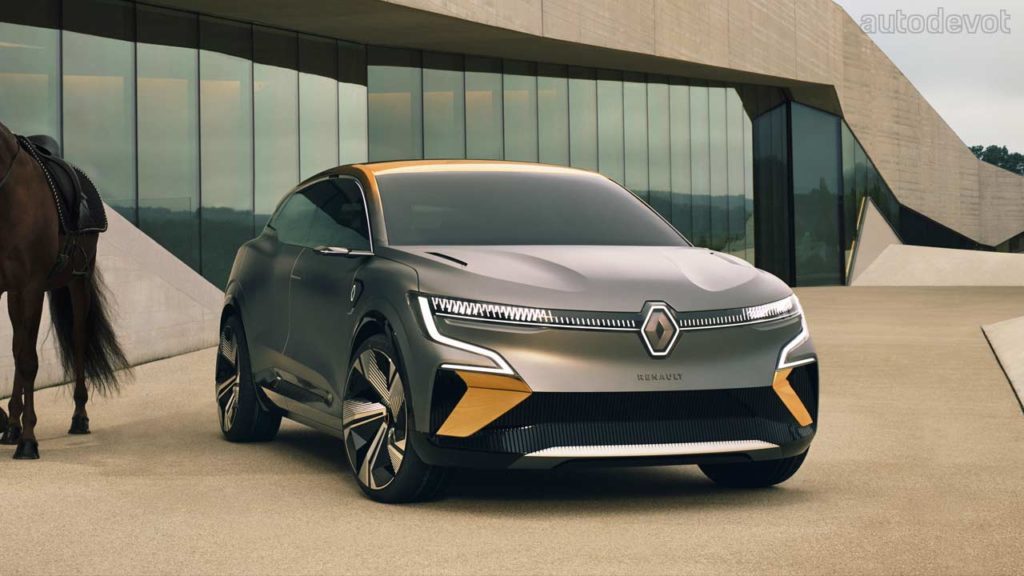 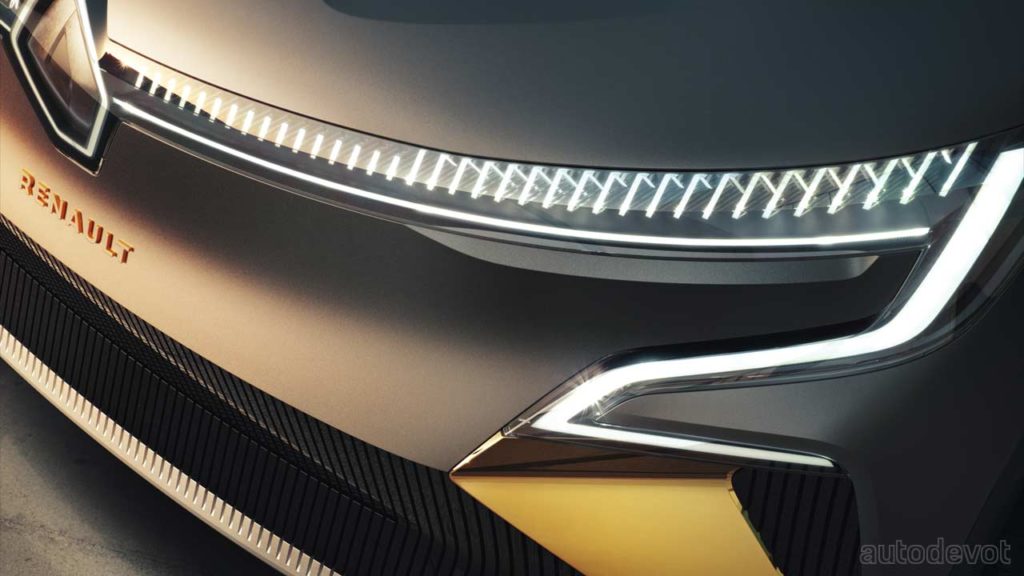 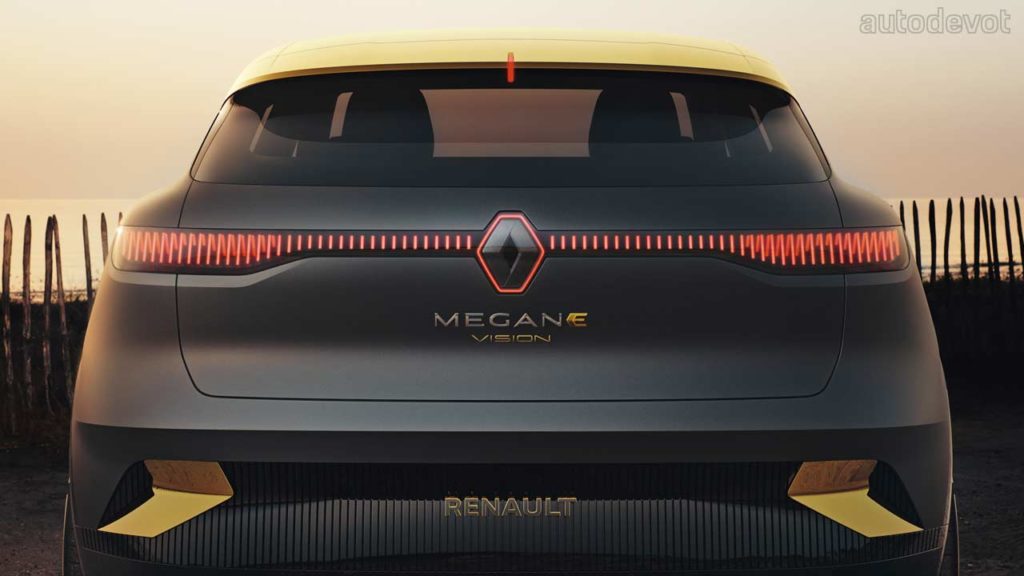 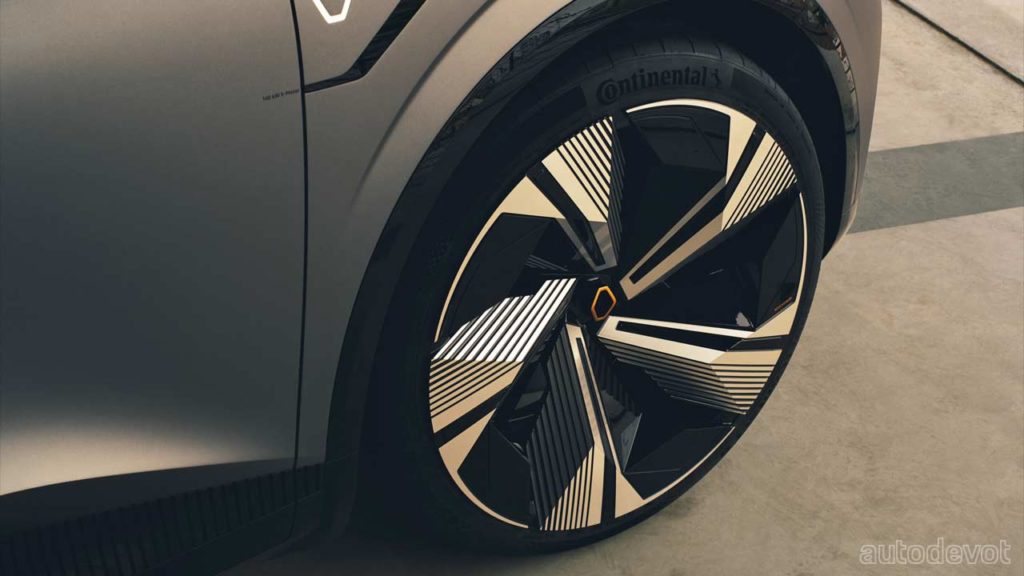 While the styling looks like a next-generation, evolved version of the Mégane’s current design language, it is still fairly relatable, especially when you look at the running light signature at the front and the narrow, connected taillights at the rear. Those vertical slats are inspired by the ones on the Morphoz concept and so is the design of the 20-inch aerodynamic wheels. As you might expect, those lights perform some really cool animation. 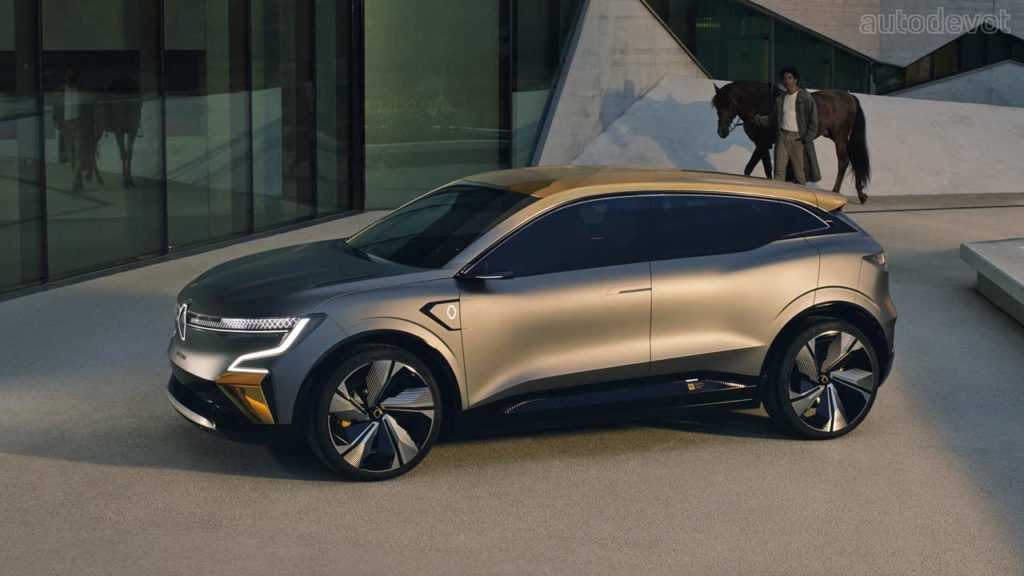 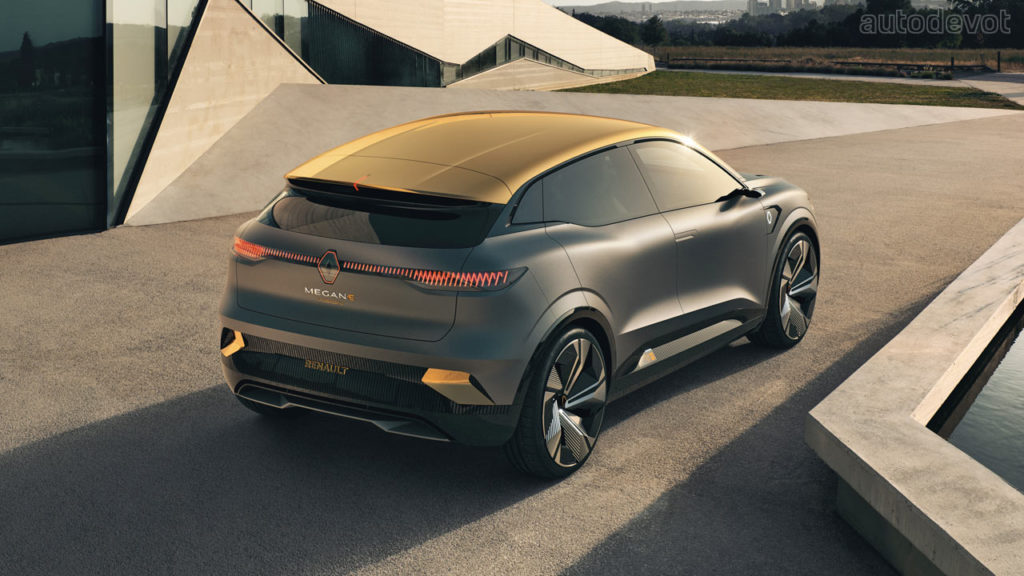 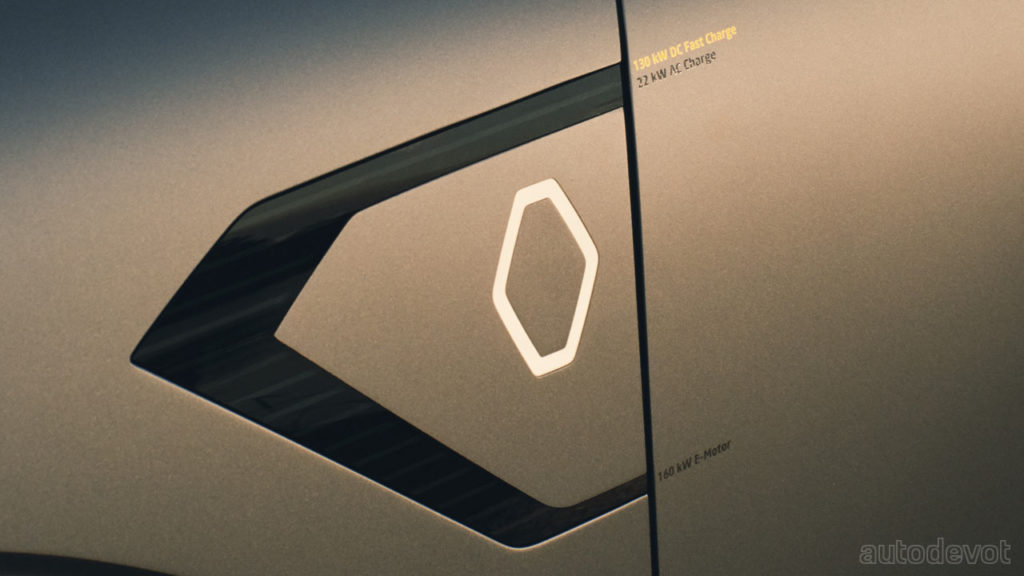 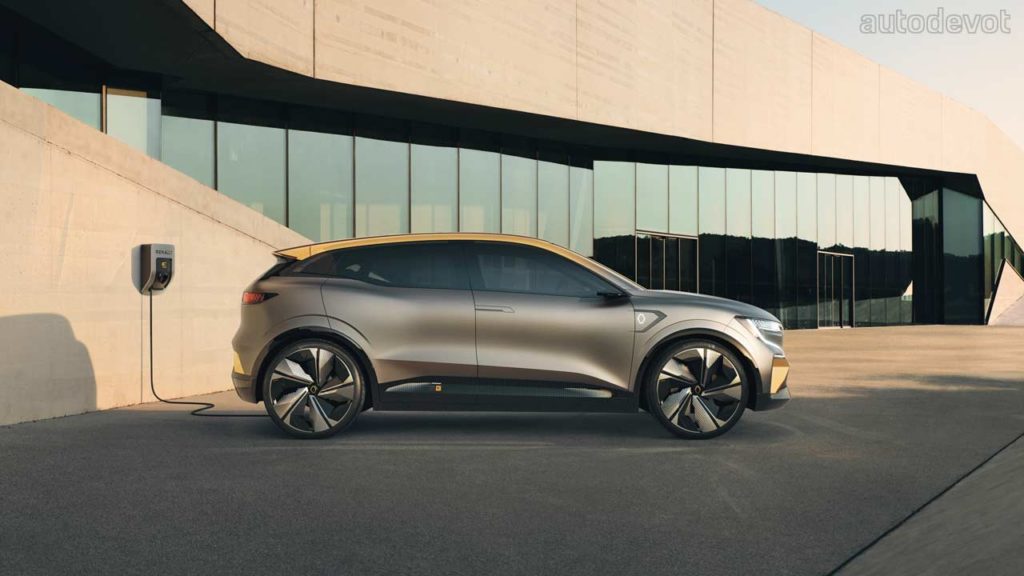 The concept is finished in a satin grey shade called ‘Slate Grey Matt’, while the roof is in Gold. The Gold accents have been applied on the front air intakes, the wordings, the rear bumper and on the last ‘e’ of the Mégane badging as well.

For those who’re interested to know, the concept measures 4,210 mm in length, 1,800 mm in width and 1,505 mm high. It boasts a wheelbase of 2,700 mm, which should translate into decent cabin space. As for the interior itself, it is not yet ready to be showcased. 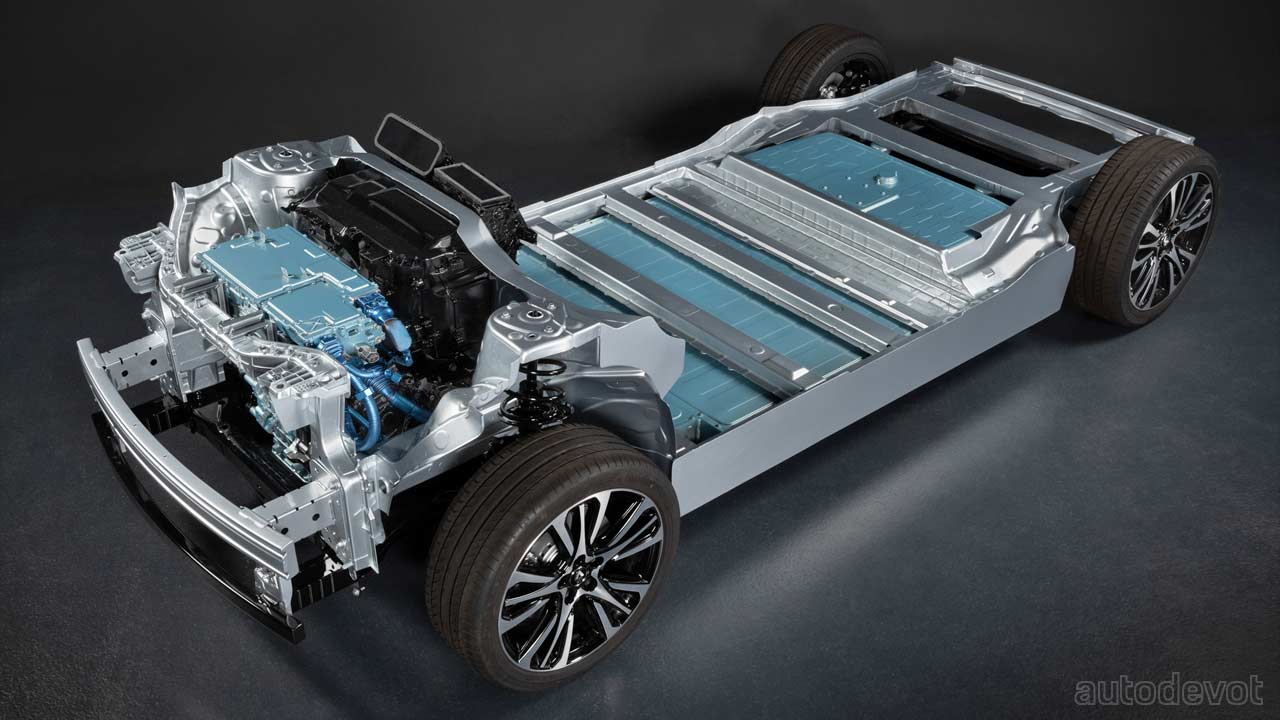