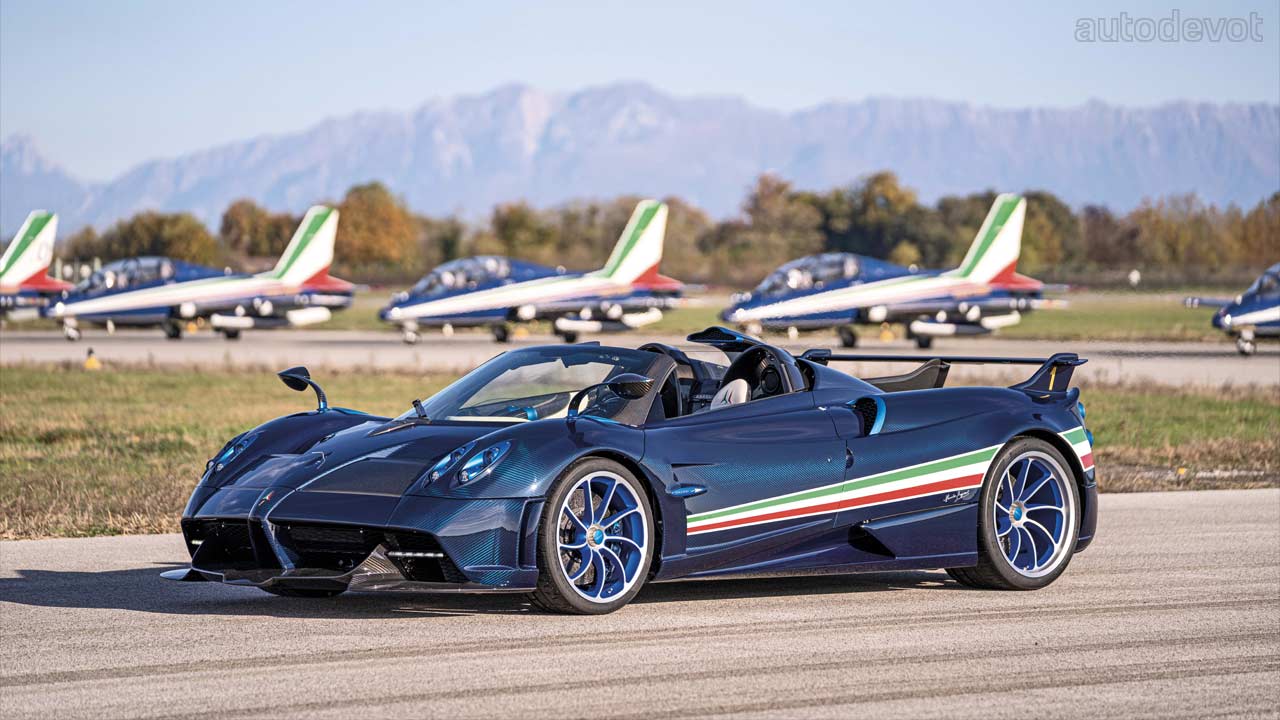 Pagani and Frecce Tricolori — the Italian Air Force’s aerobatic team, have teamed up to celebrate the latter’s 60th anniversary with Huayra Tricolore, limited to just three units. The Huayra Tricolore is also the most powerful of the Huayra lineup. 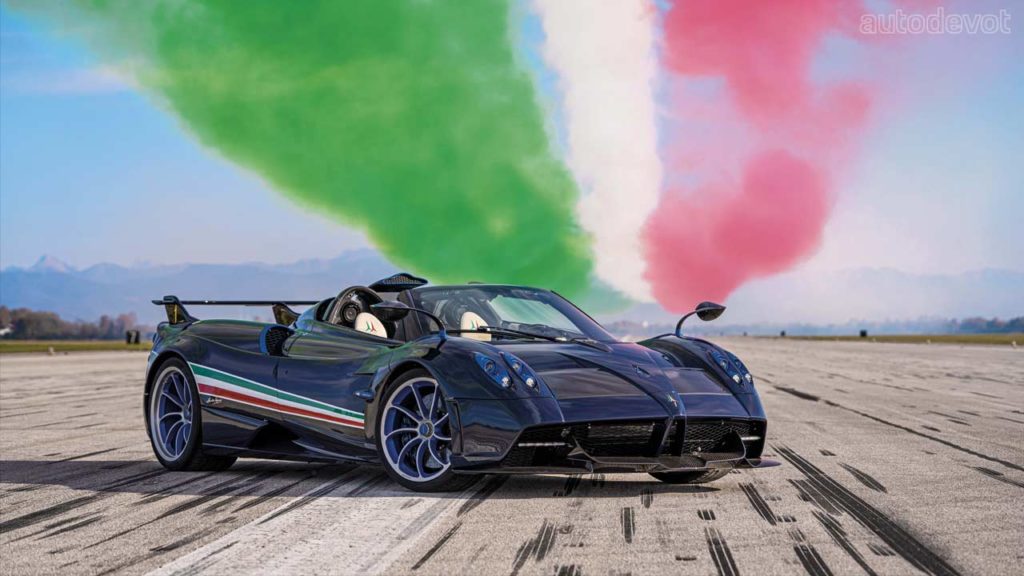 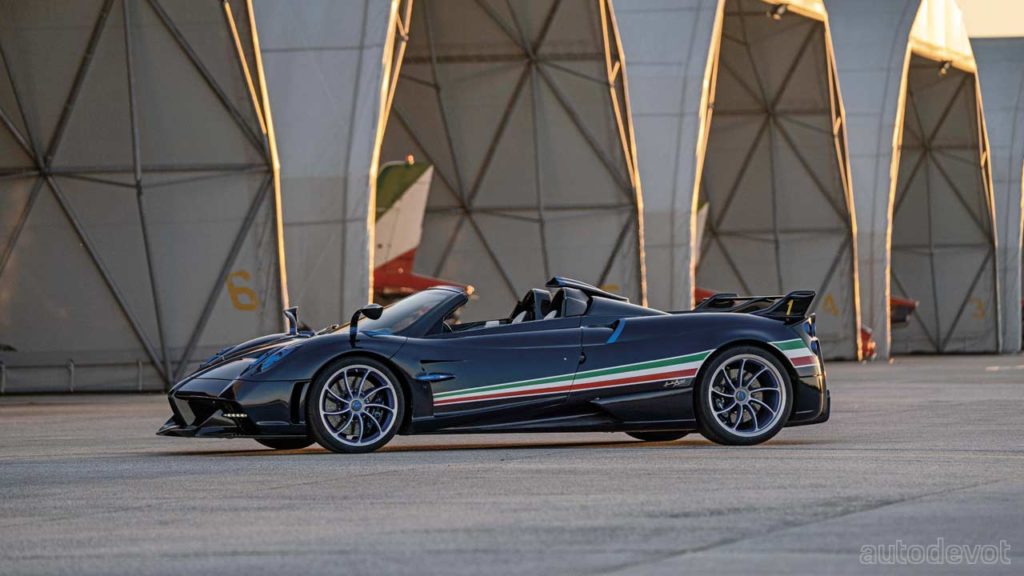 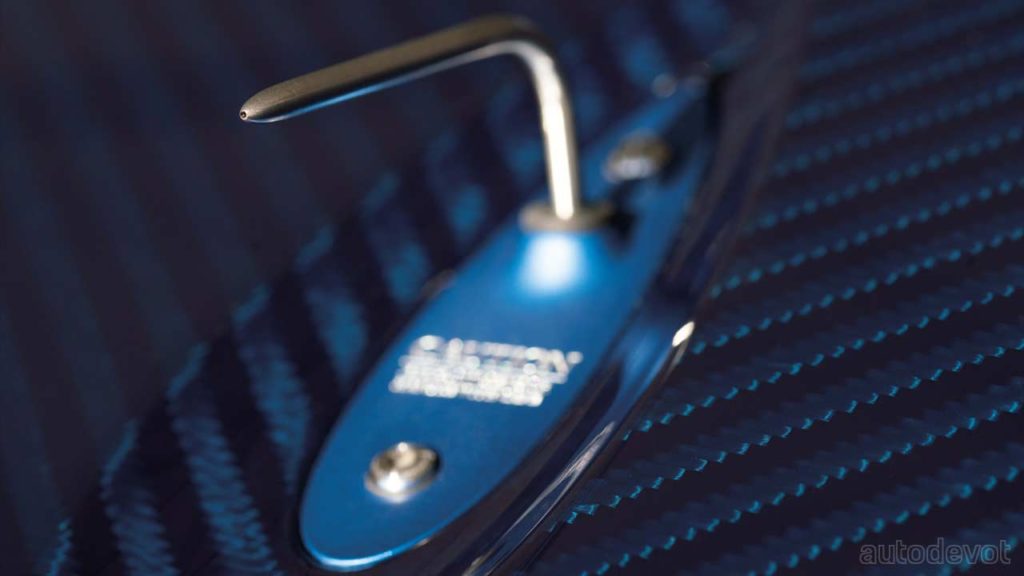 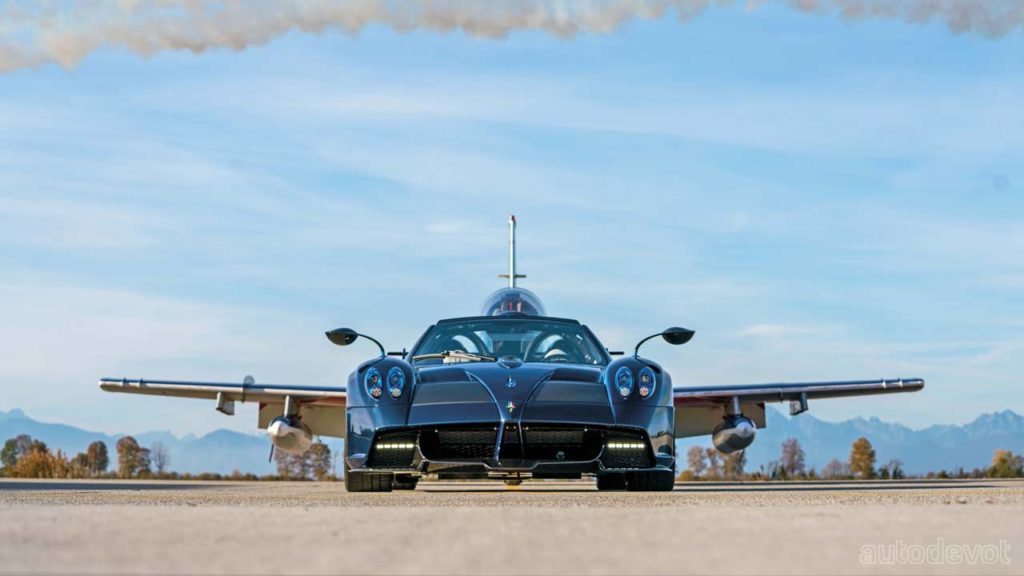 The Huayra Tricolore features a more pronounced front splitter to ensure maximum downforce, while the front bumper itself has been tweaked with side extractors to better redirect the air to cool down the V12. Also, notice that at the centre of the hood, there’s a pitot tube, which is an external instrument usually found in an aircraft to measure the airspeed. The side profile of the car has the same tricolour livery as on the Aermacchi MB-339 jets, while at the rear, there’s a revised diffuser. The new rear wing has been integrated with the rear hood, forming a single carbon fibre component. 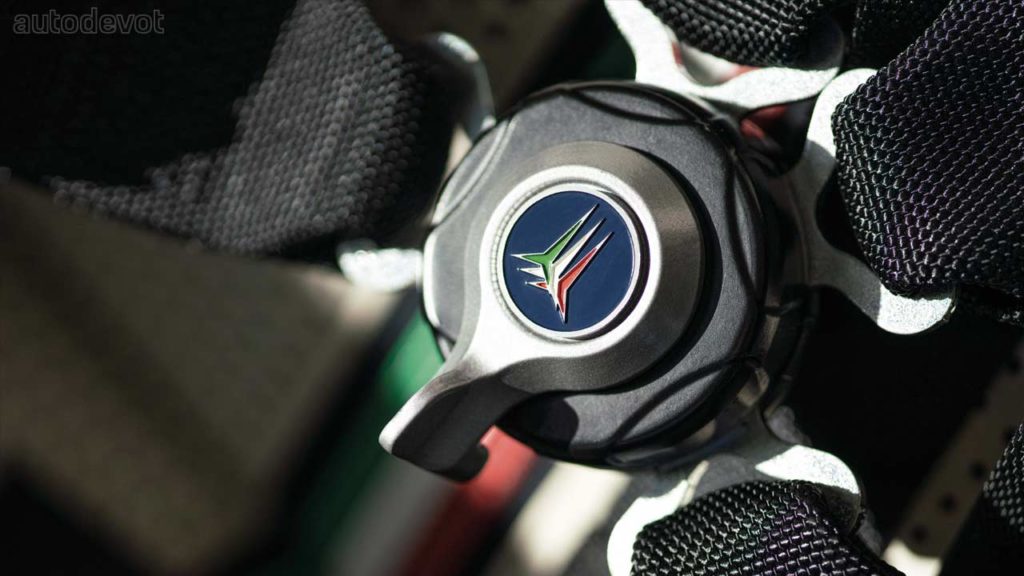 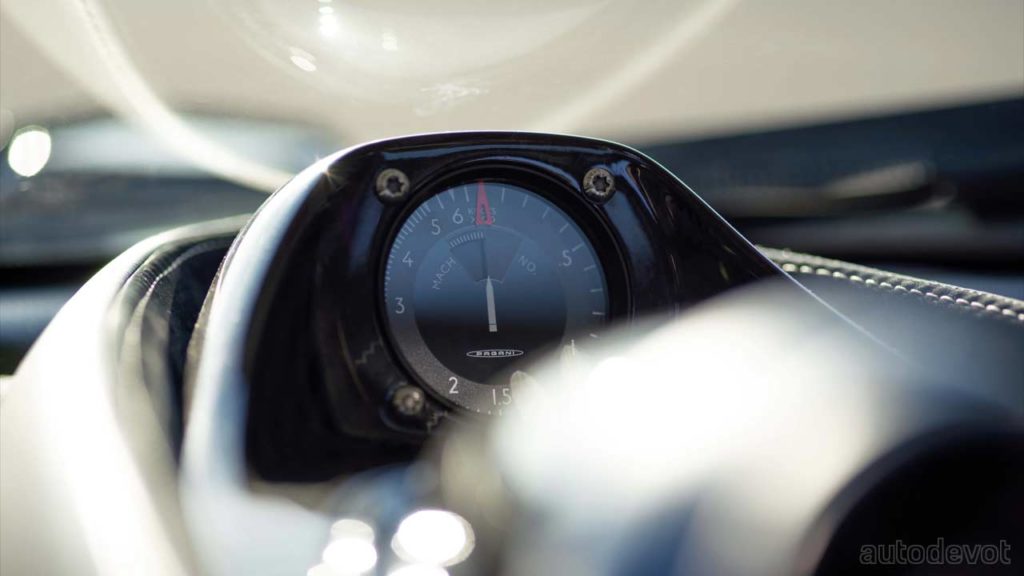 Inside, all aluminium components are made from aerospace-grade alloys and machined from billet, before being anodized in a distinctive blue color. Other features include a special gear knob made of aluminium and carbon; floor mats made of composite materials; seats with an exclusive white and blue two-tone upholstery and leather inserts with white, red and green stripes; and of course, the Frecce Tricolori chiselled logo on the four-point seat belt fastener. The logo can be embroidered on the headrests as well. What’s more? it also gets an anemometer to make use of that pitot tube and let the “pilot” know the airspeed. 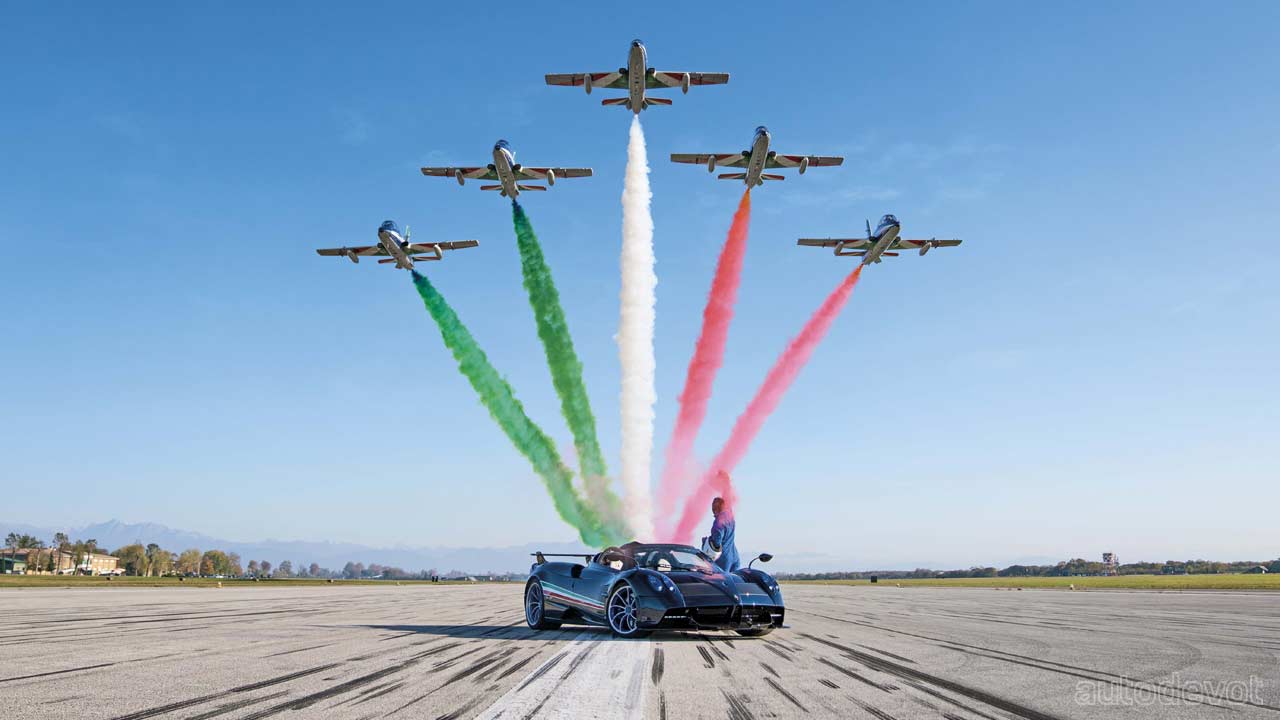 Pagani says that the Huayra Tricolore is built on a new chassis made from the latest generation composite materials, such as Carbo-Titanium HP62 G2 and Carbo-Triax HP62, which are claimed to offer better torsional and flexural rigidity. The suspension assembly has been tweaked as well in order to better handle the increased power and to reduce the dive and roll effects.

The car rides on forged aluminium alloys measuring 20-inch at the front and 21-inch at the rear, wrapped with the same sized tyres as the Huayra BC models. The brake discs sizes remain the same too.