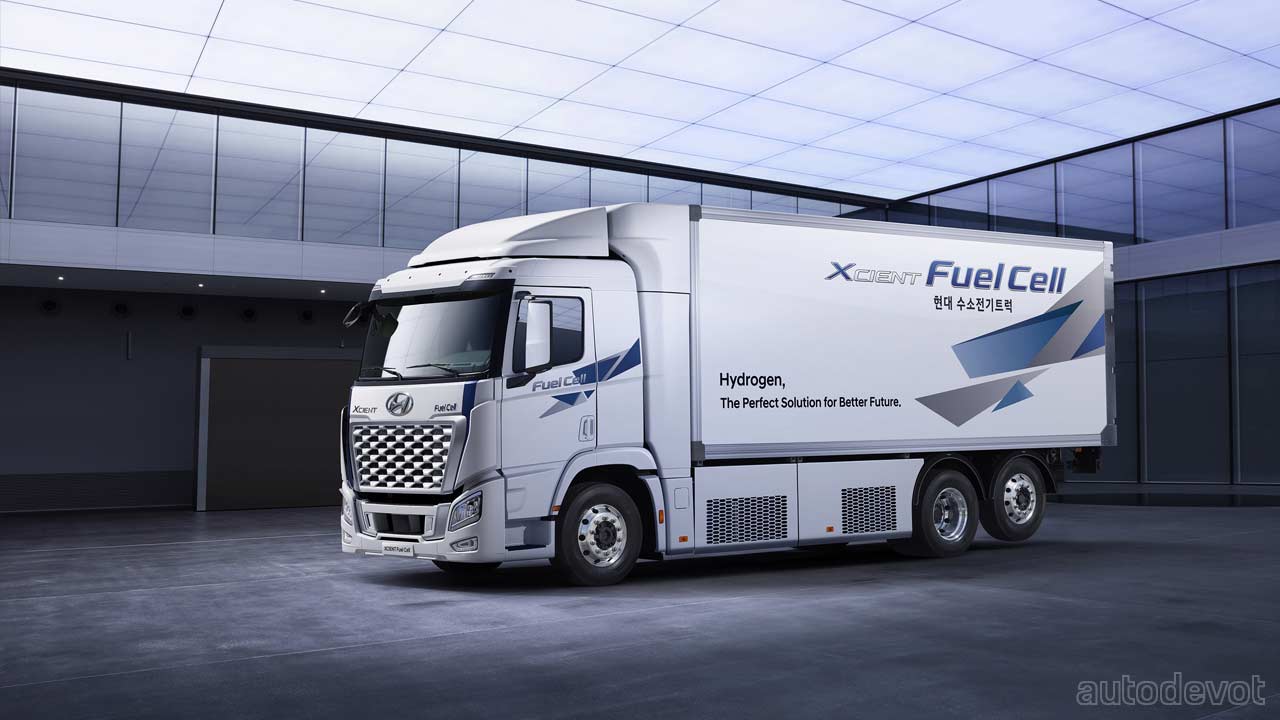 Hyundai has made some subtle styling tweaks on the Xcient Fuel Cell truck, ahead of shipping 140 more units to European markets later this year. The company had shipped 46 units to Switzerland last year. As of May 2021, the cumulative driving range of those trucks in operation is claimed to have reached over 750,000 km (466,028 mi), and over that distance, the trucks are claimed to have cut down carbon emissions by an estimated 585 tons compared to diesel-powered vehicles. 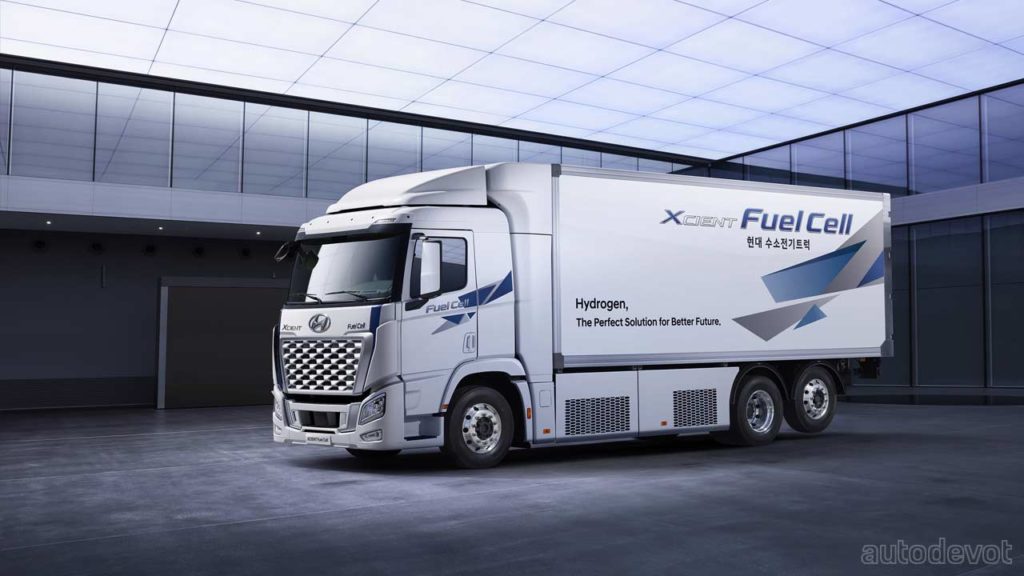 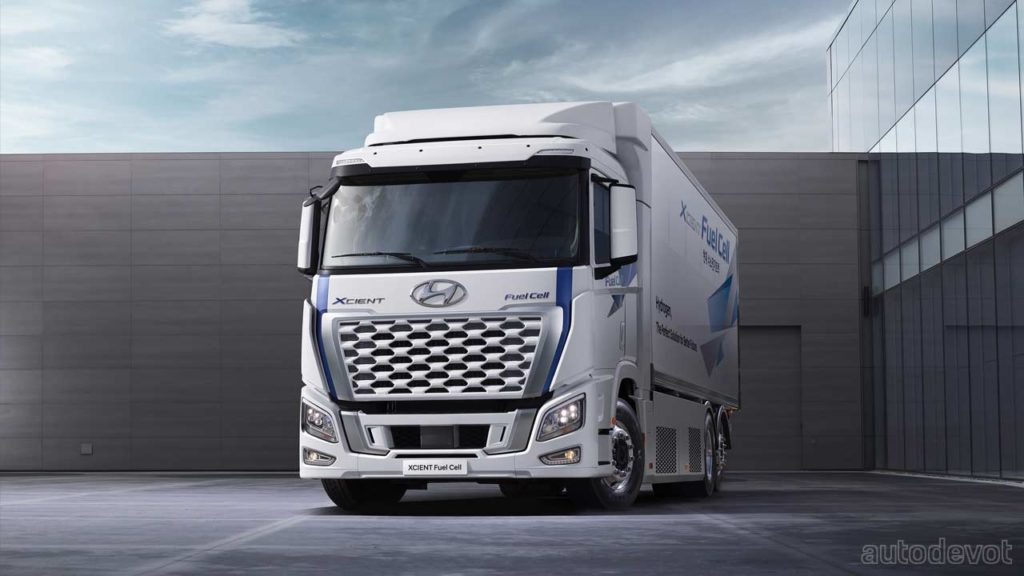 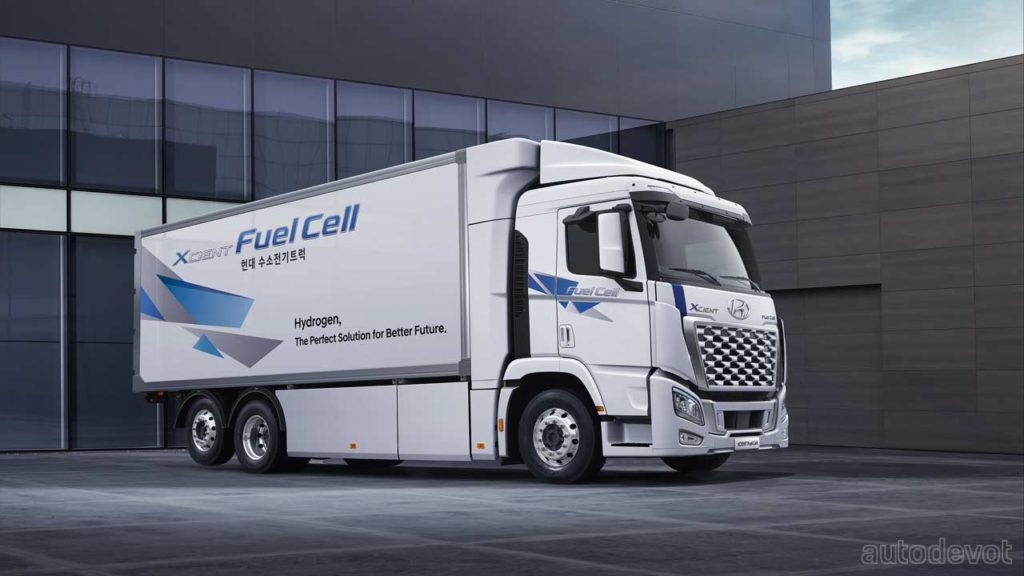 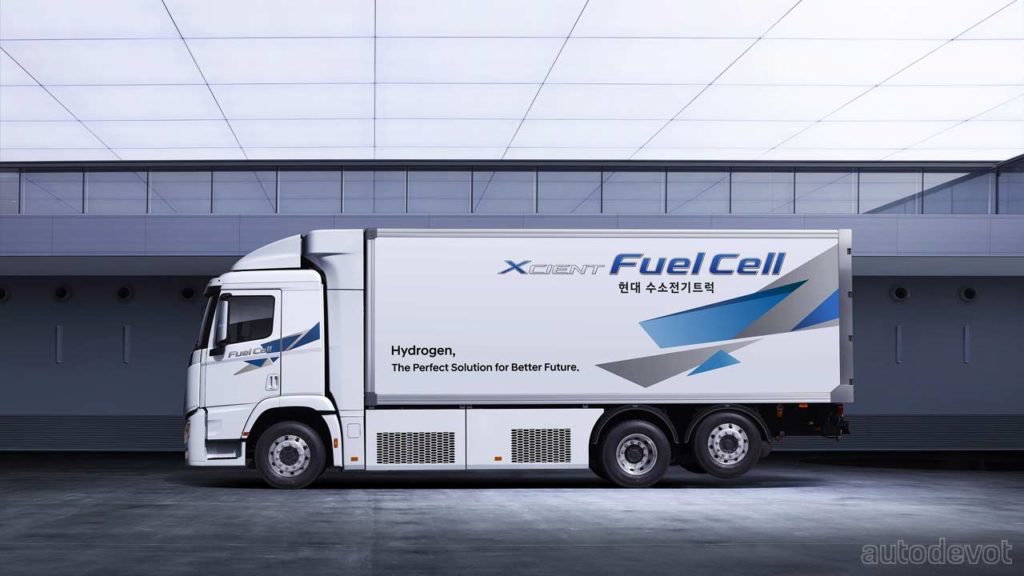 Hyundai is planning to roll out 1,600 heavy-duty fuel cell trucks in Europe by 2025. Anyway, the styling updates include a revised front grille and of course, new decals. The 2021 Xcient Fuel Cell is equipped with a 180 kW hydrogen fuel cell system with two 90 kW fuel cell stacks, down from 190 kW and 95 kW, respectively. The electric motor develops 350 kW (476 metric hp) and 2,237 Nm (1,650 lb-ft) of maximum torque. The torque is also down compared to the original specification.

Seven hydrogen tanks store around 31 kg (68 lbs) of fuel, while a set of three batteries with a total 72 kWh capacity provide an additional source of power. The truck claims a maximum driving range of up to 400 km (248 mi).

The 2021 Xcient Fuel Cell is now available in a 6×2 rigid body configuration in addition to the 4×2 option. As announced earlier this month, Hyundai is also planning to introduce the Xcient in the North American markets later this year.