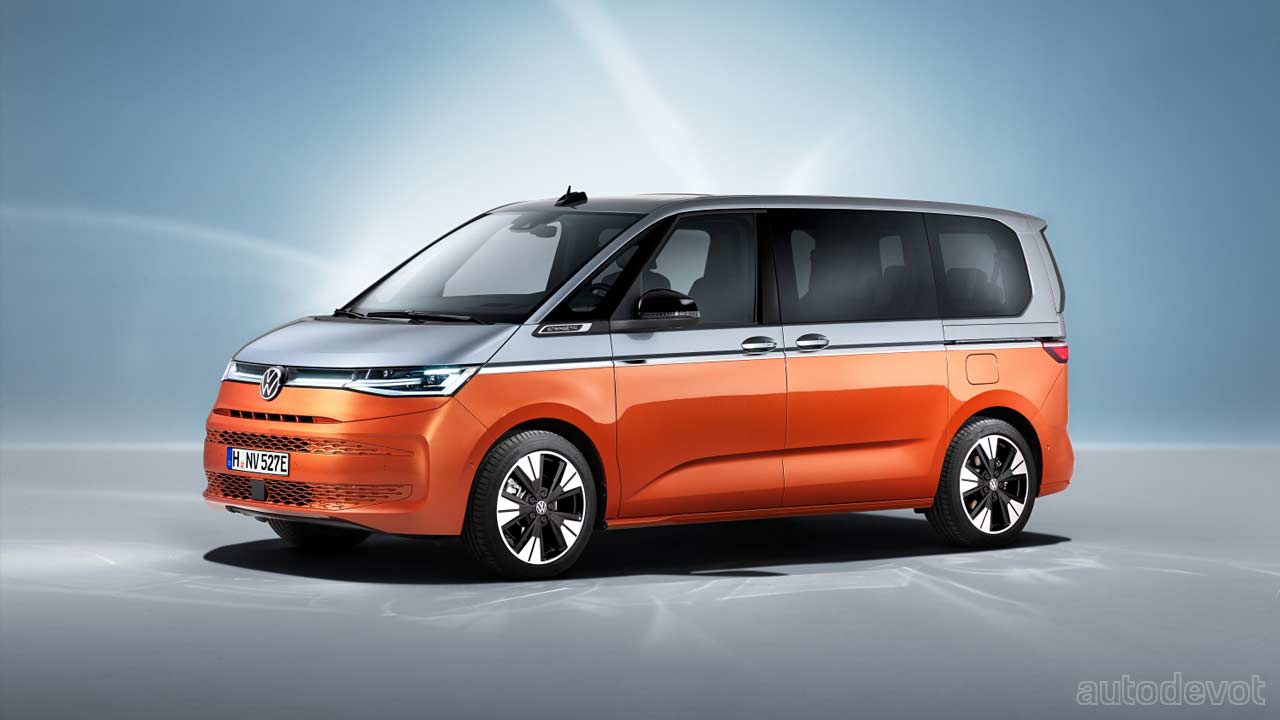 Volkswagen’s Commercial Vehicles division has revealed the new Multivan for Europe, which will also replace the Caravelle in certain markets. Prices and the market launch dates are yet to be announced; in the meantime, let’s take a brief look at the van. 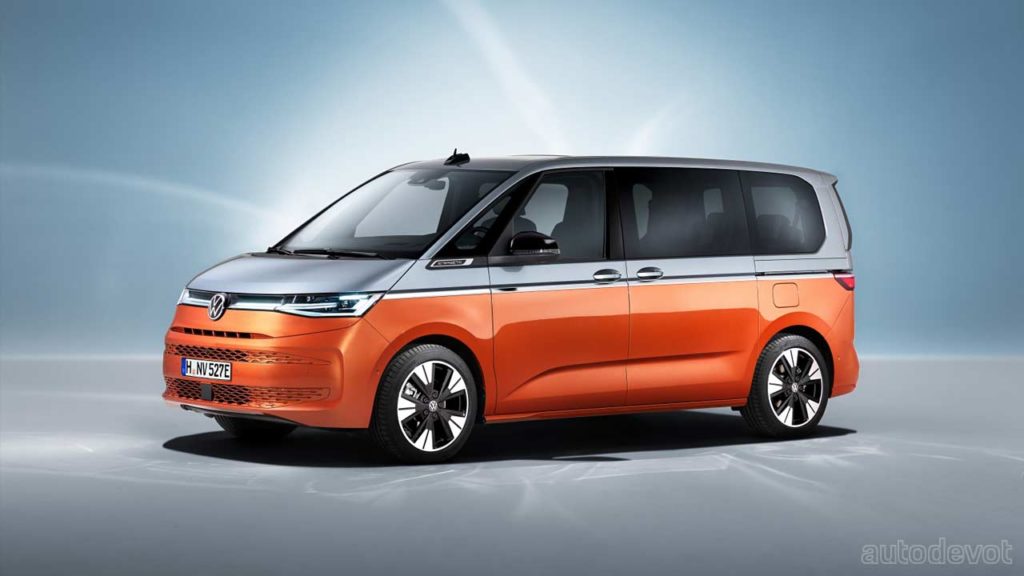 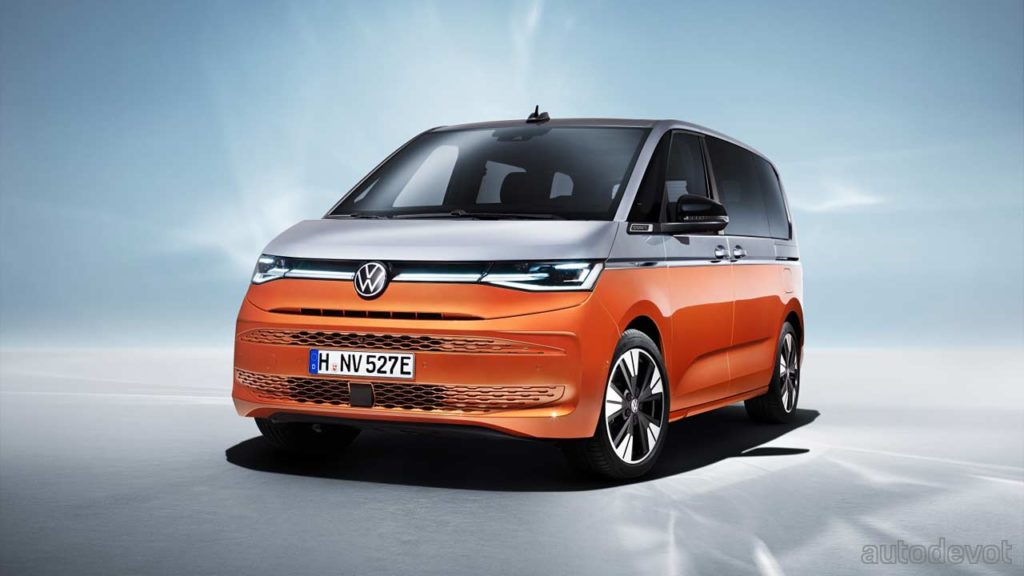 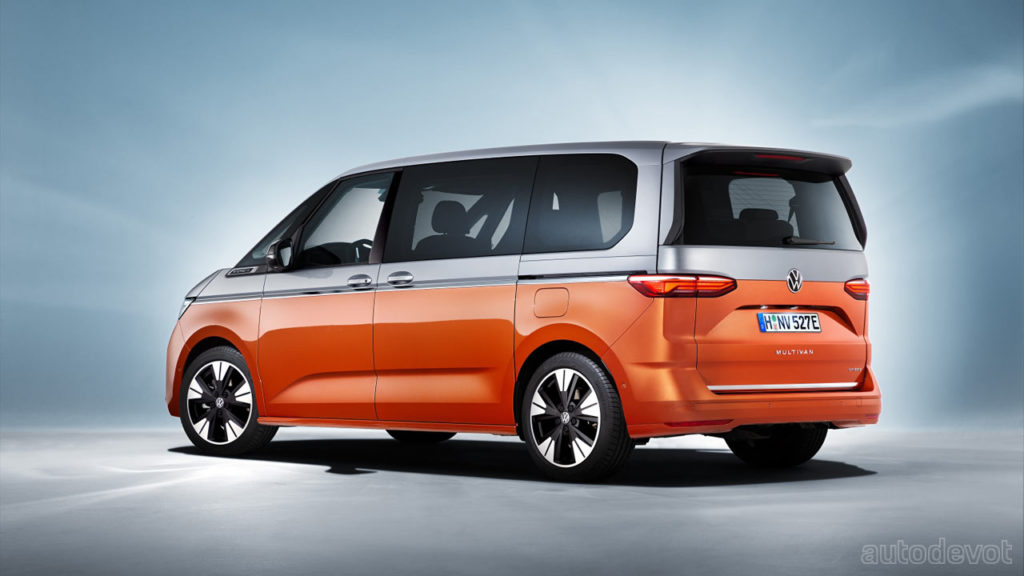 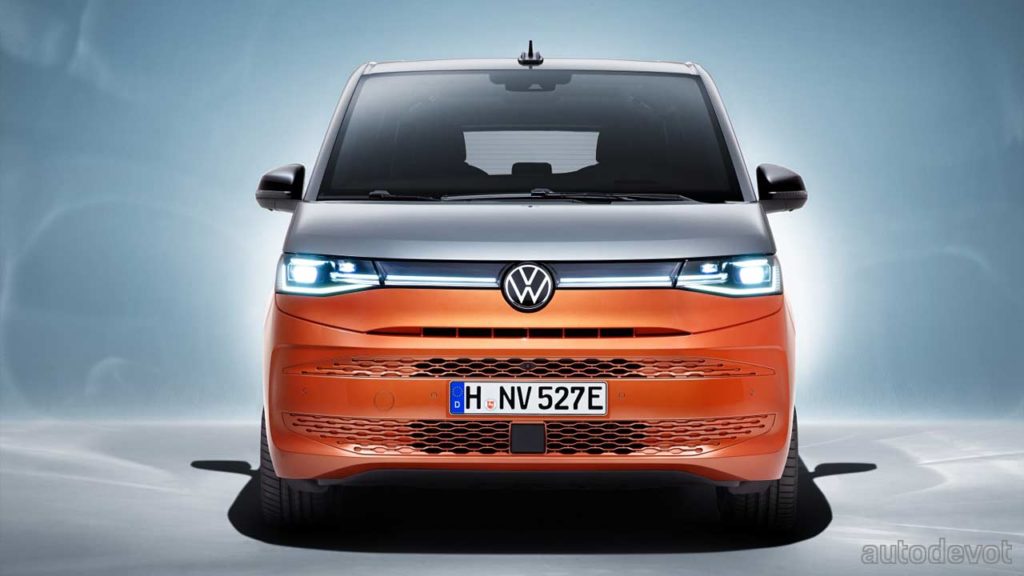 Unlike the Caravelle which is based on the Transporter, the new Multivan is built on the VW Group’s MQB platform. It measures 4,973 mm long, 1,941 mm wide, and 1,903 mm high, with a wheelbase of 3,124 mm. A longer version, measuring 5,173 mm will also be available. As for the styling, its front fascia is pretty similar to the 5th gen Caddy. The rest of the vehicle looks fairly unique. You gotta love that chrome bar on the side that connects the headlights and taillights; it looks especially good with this dual-tone paint scheme. 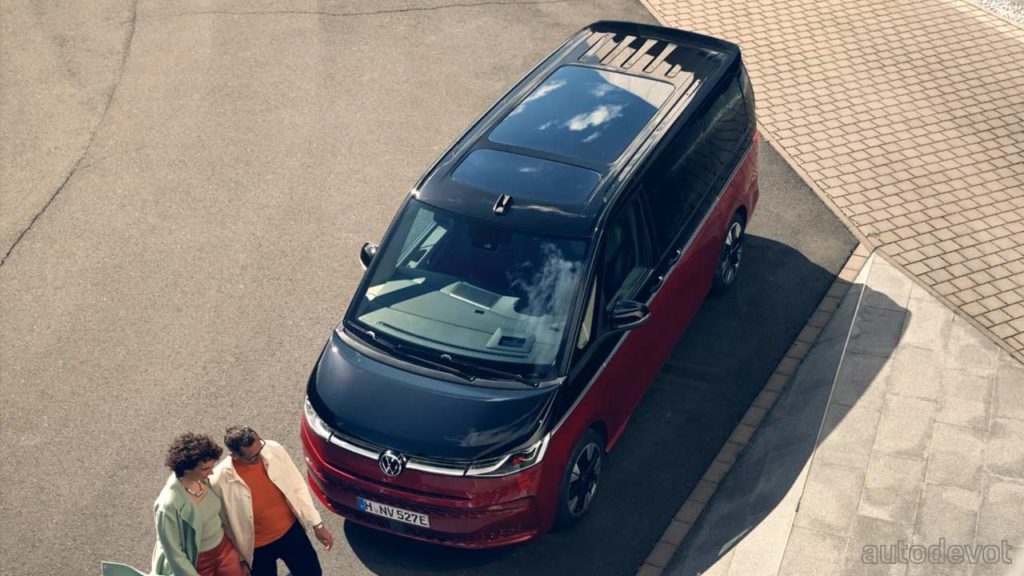 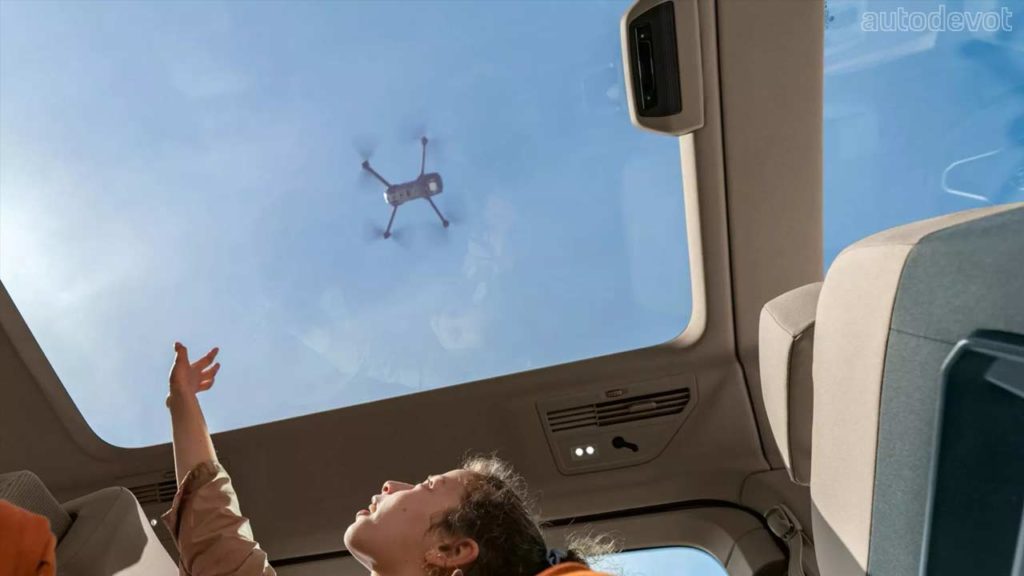 The new Multivan will be offered in three trims: Multivan, Life, and Style, and up to 19-inch wheels are available. Options include a panoramic glass roof with LowE laminated safety glass that is claimed to significantly reduce thermal radiation; and gesture control for the rear hatch and power sliding rear side doors. LED headlights come standard but can be upgraded to IQ.Light Matrix LEDs. 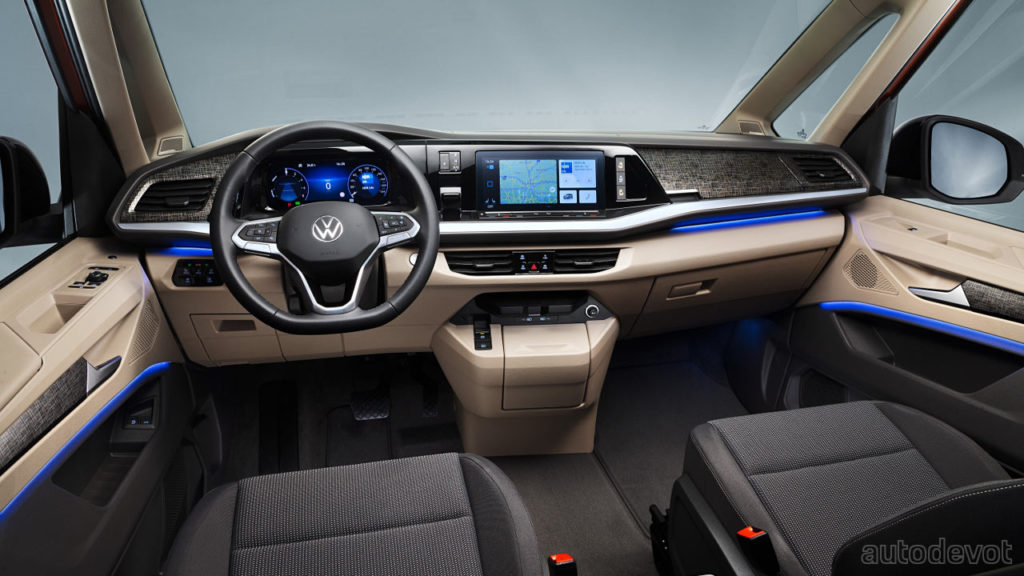 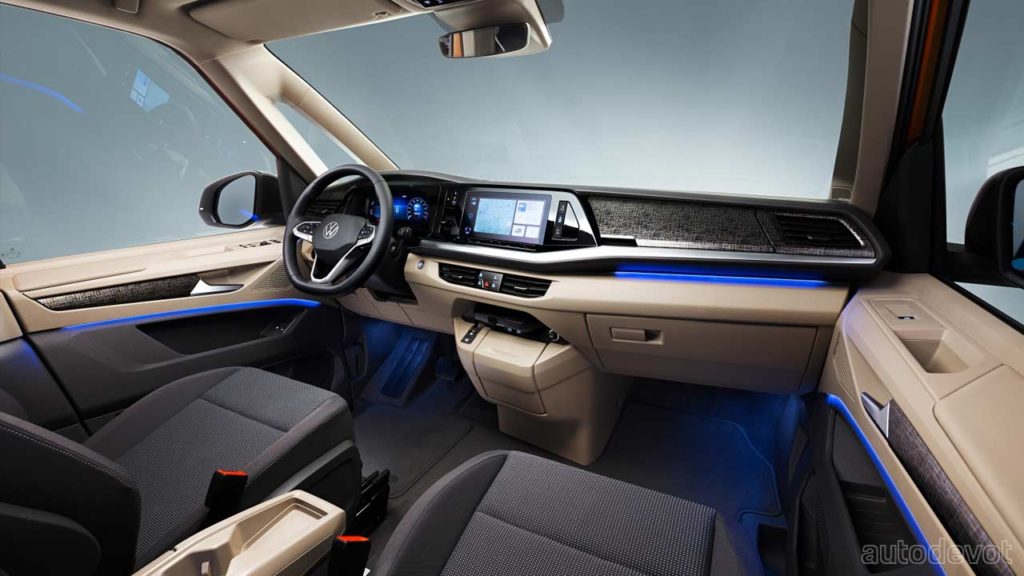 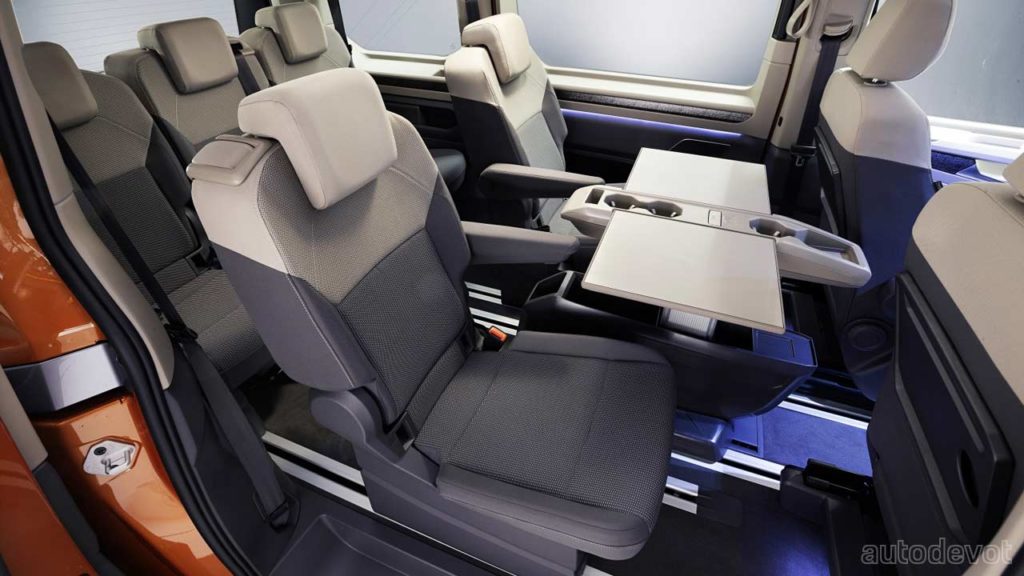 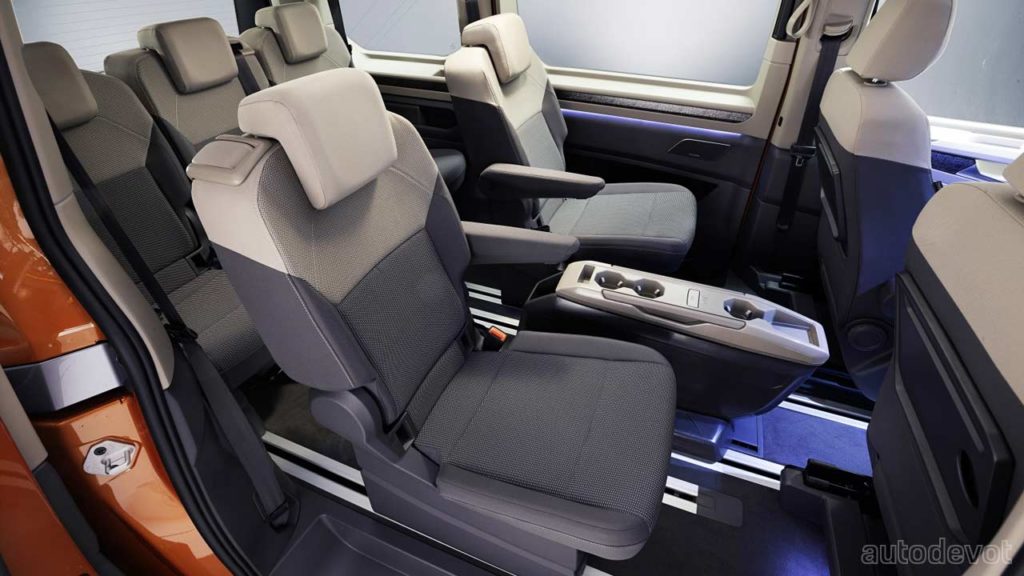 Space appears to be generous inside the cabin, with seating for up to 7 people. The second row can be rotated 180-degrees for a conference-style seating configuration. Notice the rails for a shared centre console, which is pretty cool. Other features include a 10.25-inch driver display, a 10.0-inch central touchscreen, a 14-speaker Harmon Kardon audio system, and a host of active safety and driver assistance systems including City Emergency Braking, Lane Assist system, and IQ.Drive Travel Assist (a combo of predictive Adaptive Cruise Control and Lane Assist).

Powertrains
Moving on to the juicy bits of the story then, the Multivan will be available with three powertrains, including a plug-in hybrid option for the first time in a VW commercial vehicle.