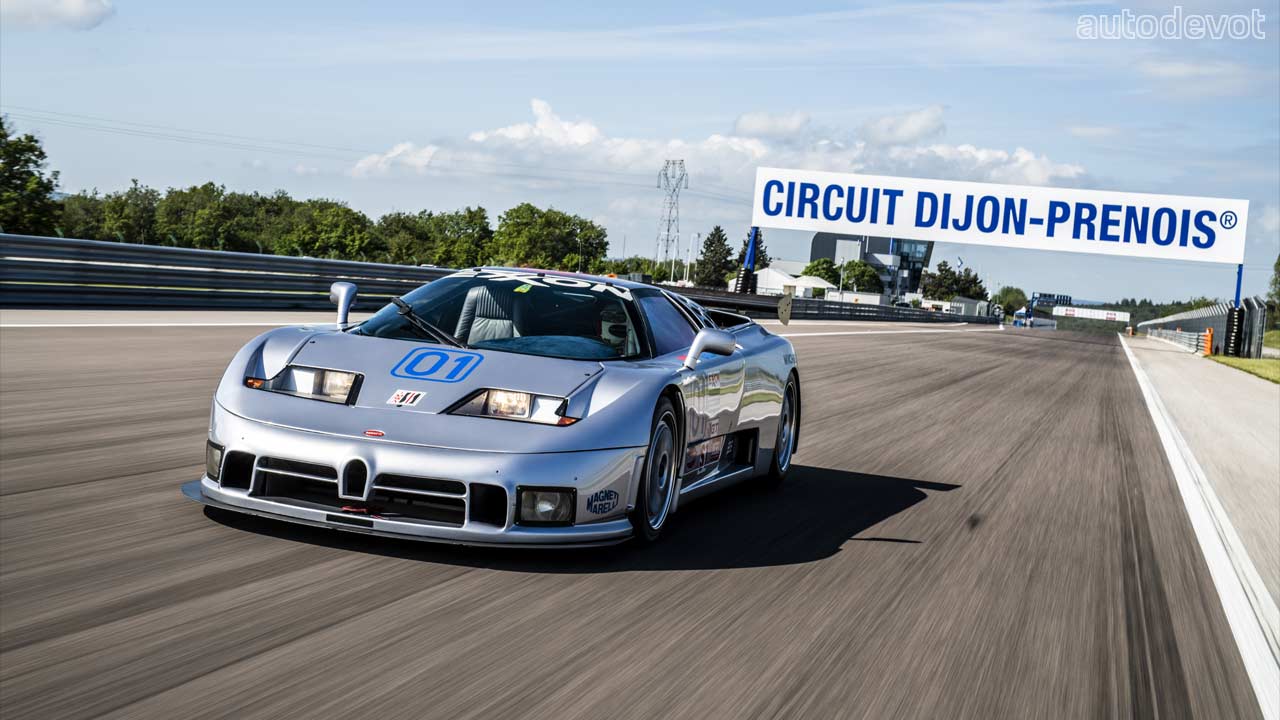 The Bugatti brand might be synonymous with wealth and success these days, but back in the ’70s, it was almost dead when an aerospace company named Snecma (now Safran) decided to merge Bugatti with something else. Snecma had acquired Hispano-Suiza which owned the Bugatti brand at the time. 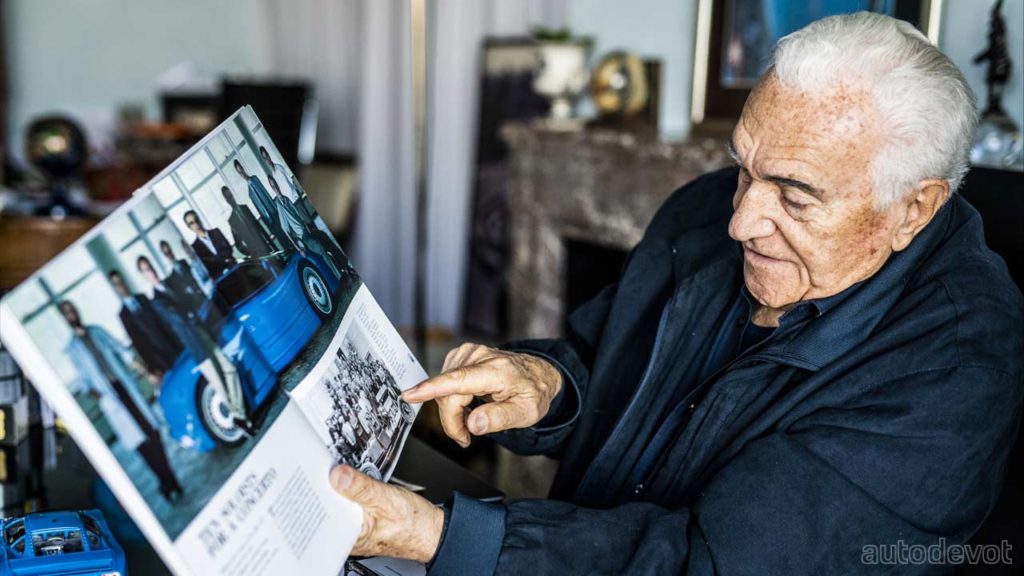 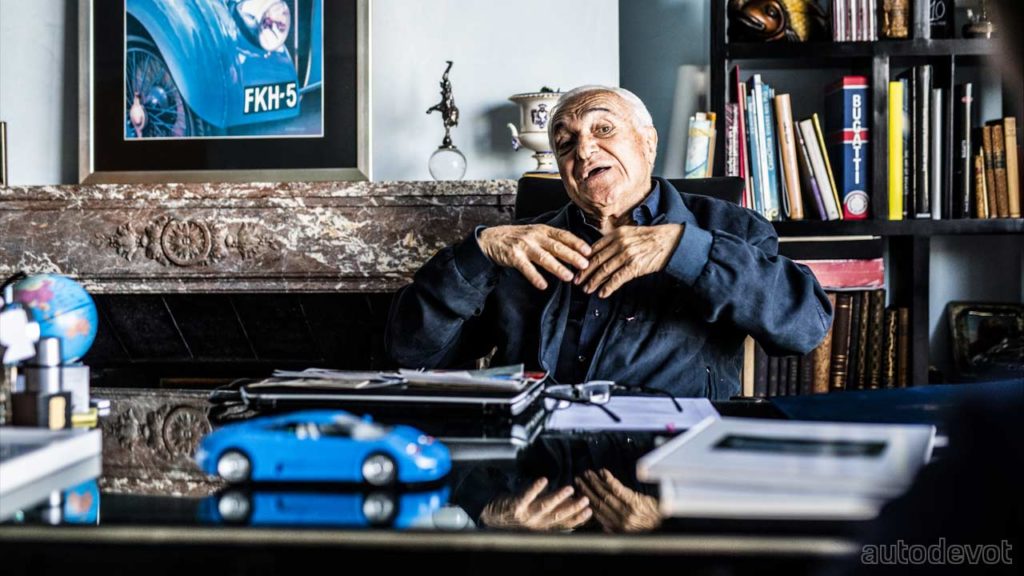 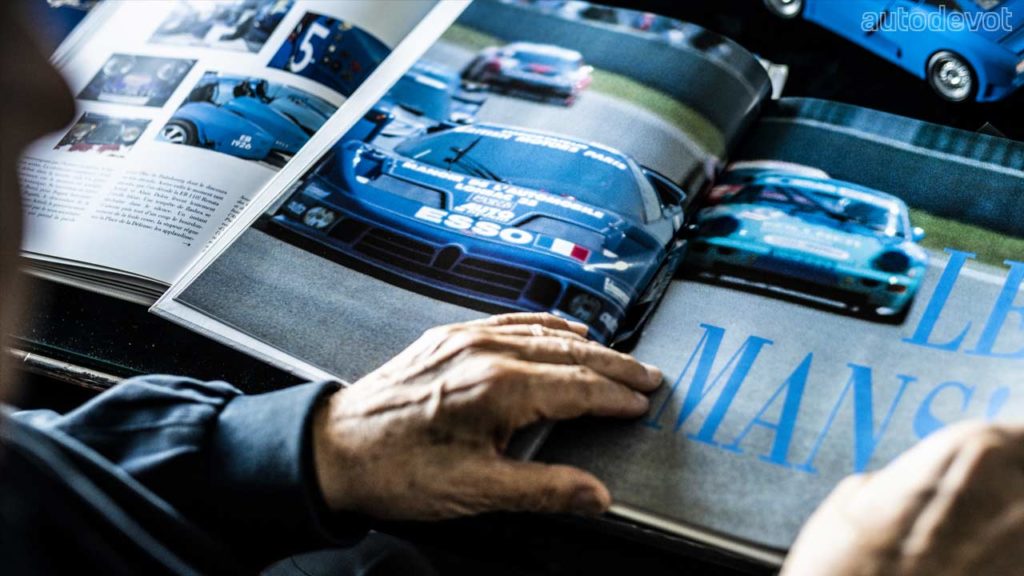 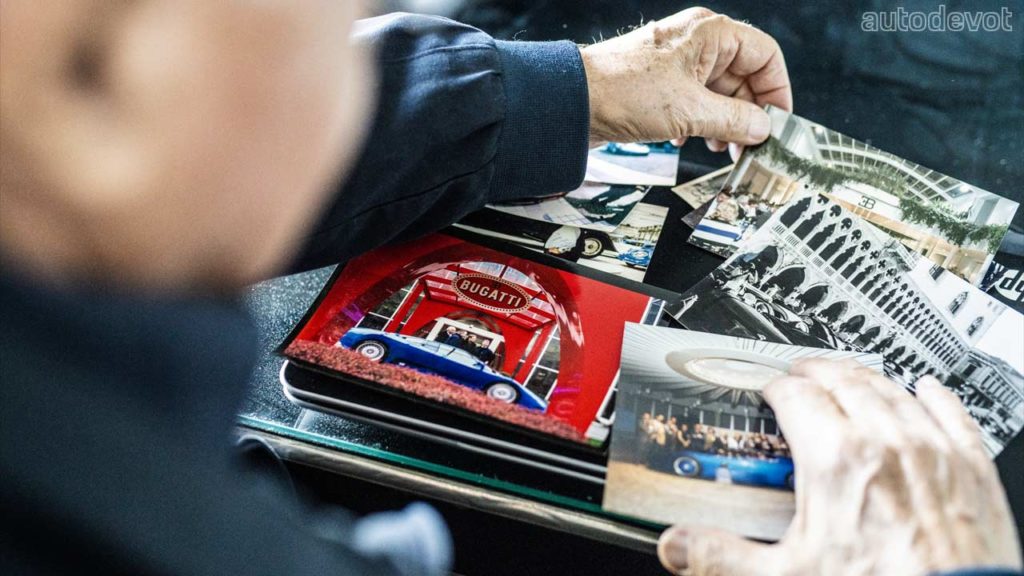 In the late ’80s, an Italian businessman named Romano Artioli (88) came to the rescue. Romano is regarded as the man who revived Bugatti. It was under his ownership the first modern Bugatti came into existence — the EB 110. Assembled in Modena, the EB 110 with its 3.5-litre V12 engine, four turbochargers, all-wheel-drive, and a lightweight carbon monocoque caused quite a stir 30 years ago. You can imagine how ridiculous it must have felt back then when someone told you there’s a car with 610 horses. 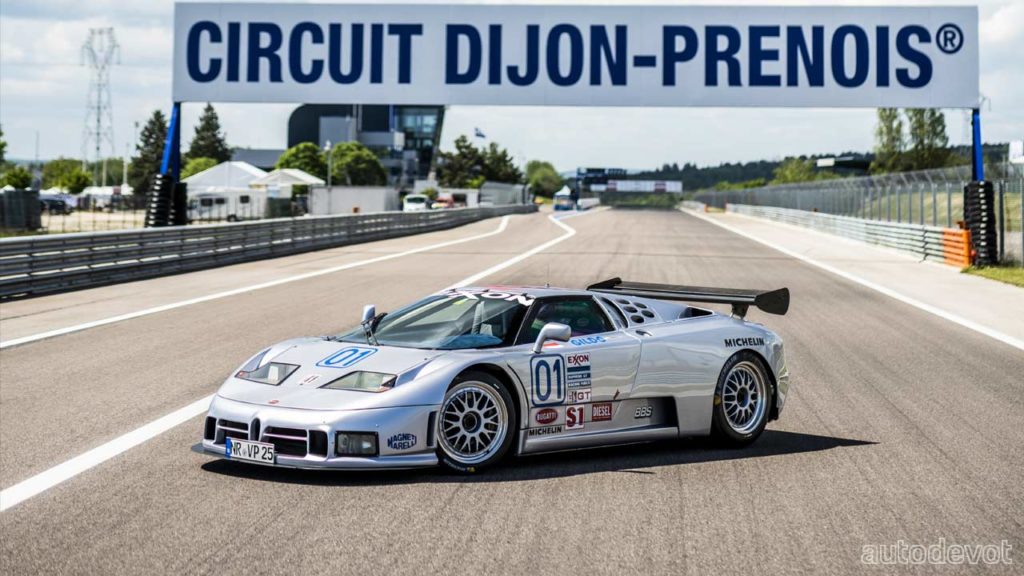 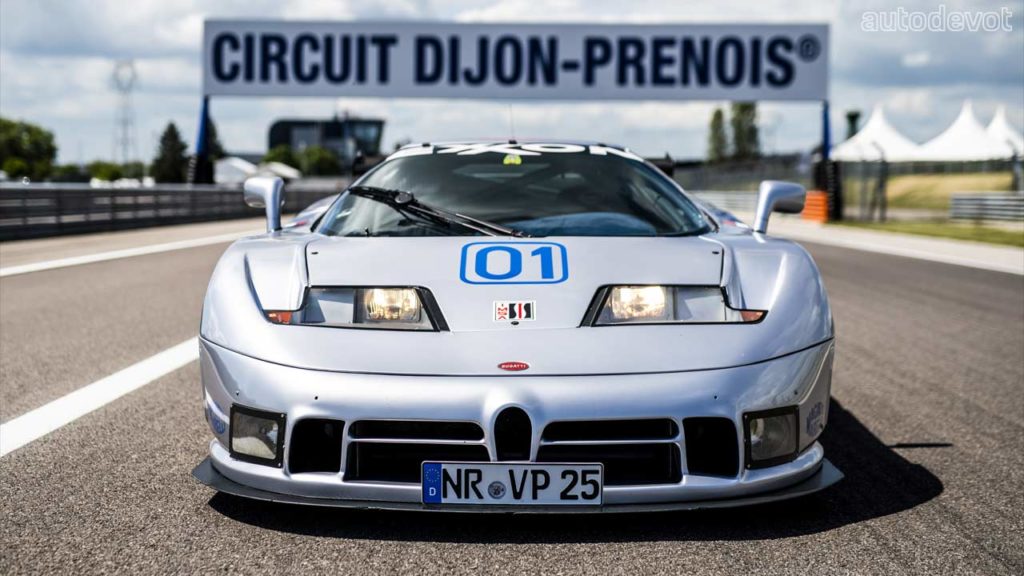 In addition to the EB 110 GT and the 110 Super Sport, the factory also built a racing version with up to 700 metric hp. A blue EB 110 LM entered the 24 Hours of Le Mans in 1994. It caught the attention of Gildo Pallanca-Pastor (54), a Monegasque businessman, who had a crush on the brand. In March 1995, he set a speed record on ice in a production-based EB 110 Super Sport, revealing his interest in entering the official races. Pastor commissioned a race car from Bugatti at the end of 1994, to participate in the IMSA series in the USA and in other endurance races starting in 1995. The EB 110 Sport Competizione (SC) we are seeing above, was developed within the timeframe of 6 months; it weighed less and was significantly faster. 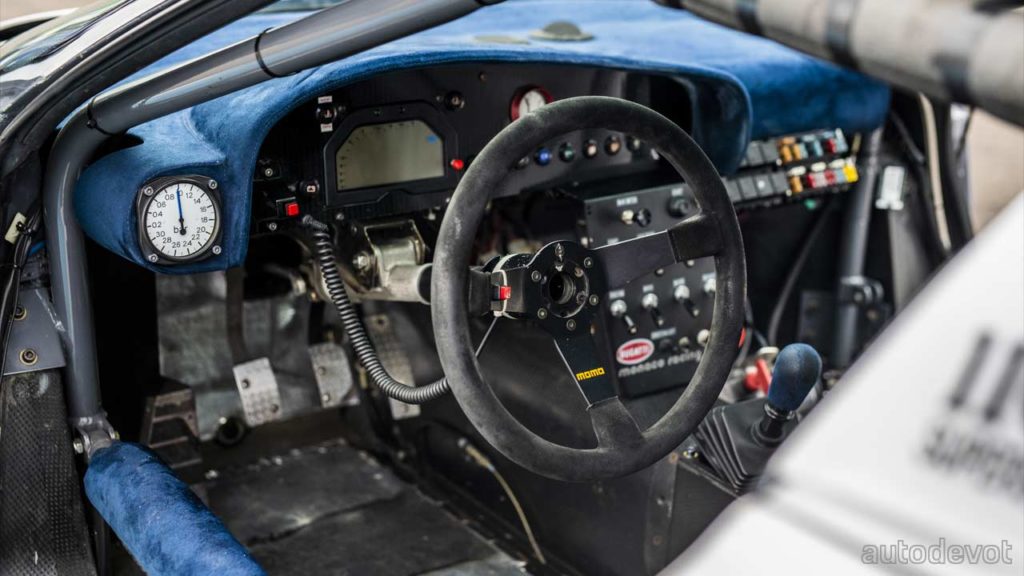 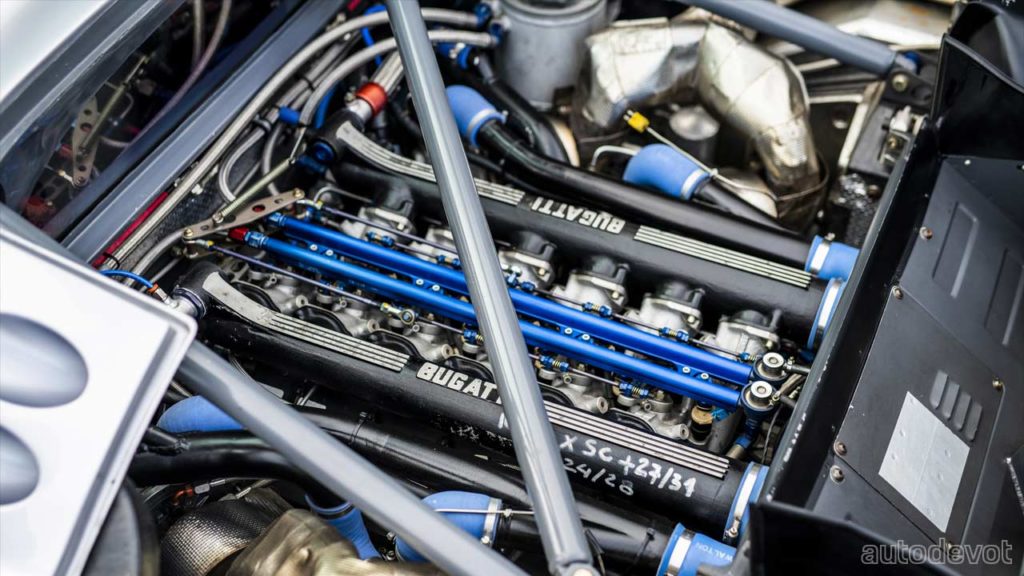 There were plans to produce three units, but Bugatti was able to build only one in June 1995 as the market for sports cars collapsed and so was the spare parts supply chain. And yes, Bugatti went into bankruptcy, again. Since the company couldn’t pay its suppliers, the plant was shut on September 15, 1995, and the race car was waiting inside to be rescued.

Gildo Pallanca-Pastor managed to rescue the car via the bankruptcy assets and competed in Daytona in January 1996. His next races were in Dijon, France, on June 8 and 9, and the car scored fourth place during training, and in the first race, Pallanca-Pastor managed to move into third place. In the next race, during the second lap, he collided with another entrant and the race was over for him — the silver race car failed to make it to the finishing line. A lack of spare parts meant the mechanics were unable to fix the car in time, so the EB 110 Sport Competizione also missed out on competing in the 24 Hours of Le Mans, which started a week later.

Pallanca-Pastor managed to fix the little damages and sold the Sport Competizione to a Bugatti enthusiast a few years later. And now, 25 years after its last race, the one-off race car returned to its former home to look back at those difficult times and of course, to take some photos.