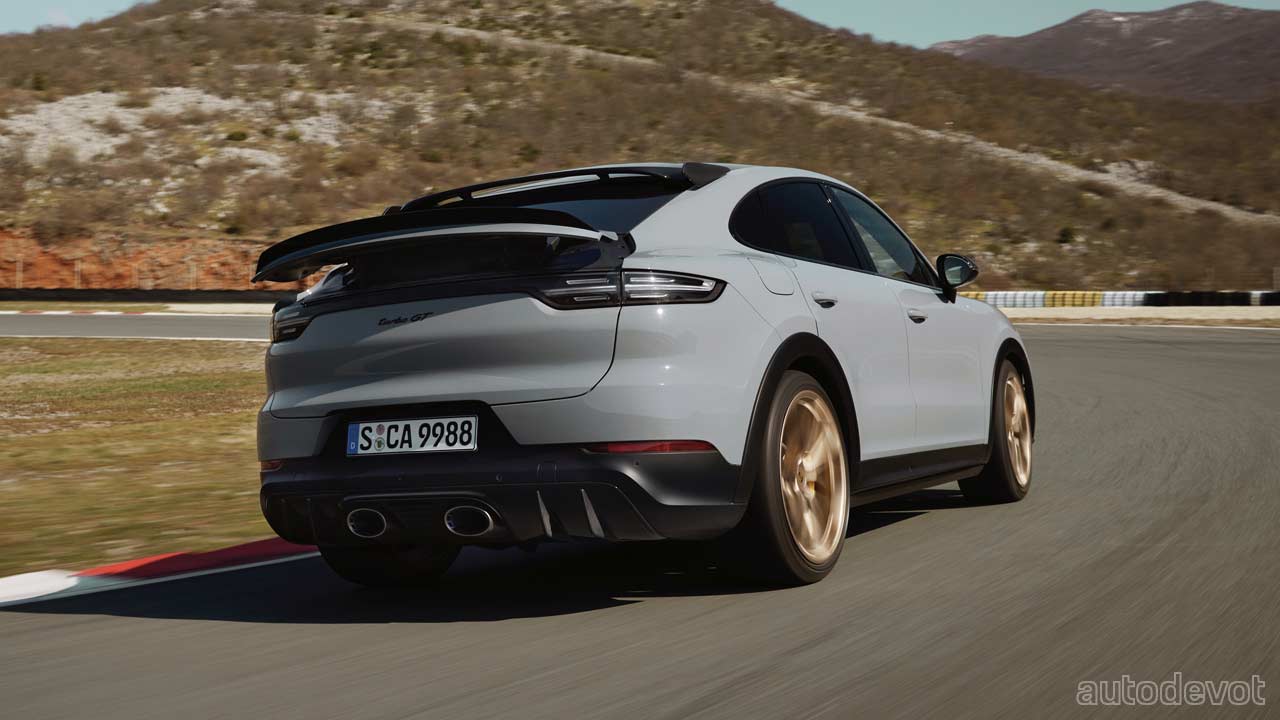 The new high-performance variant of Cayenne which lapped the Nürburgring Nordschleife in 7:38.925 minutes just a couple of weeks ago, has been officially named the Cayenne Turbo GT — available in Coupé bodystyle starting in mid-September 2021. The Cayenne Turbo GT slots between the Turbo and Turbo S E-Hybrid. 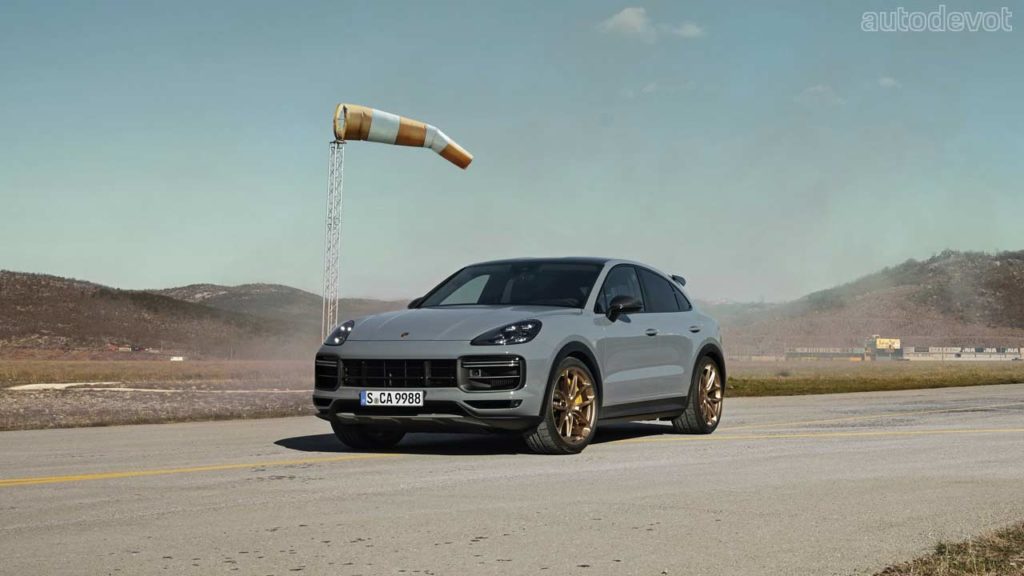 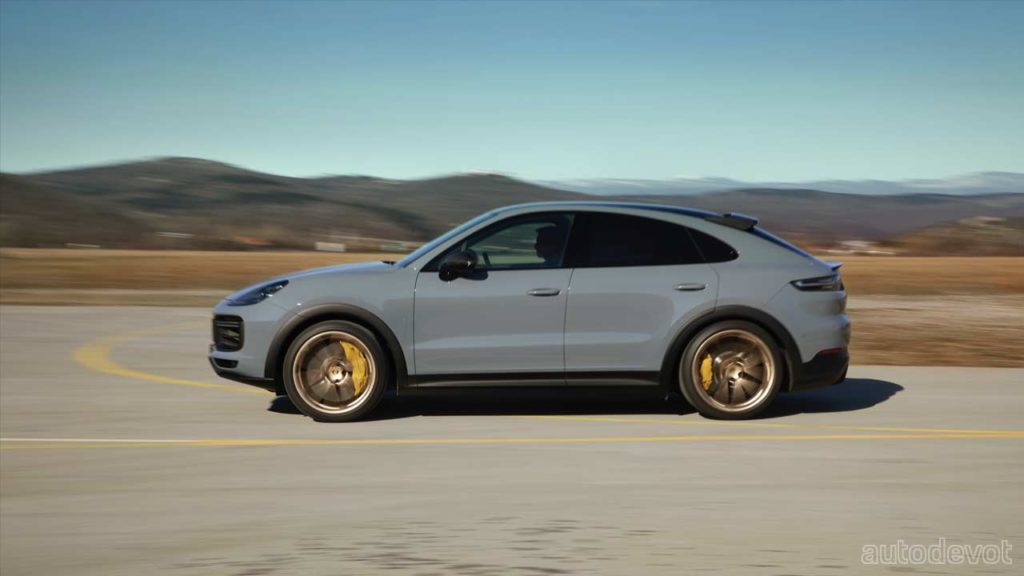 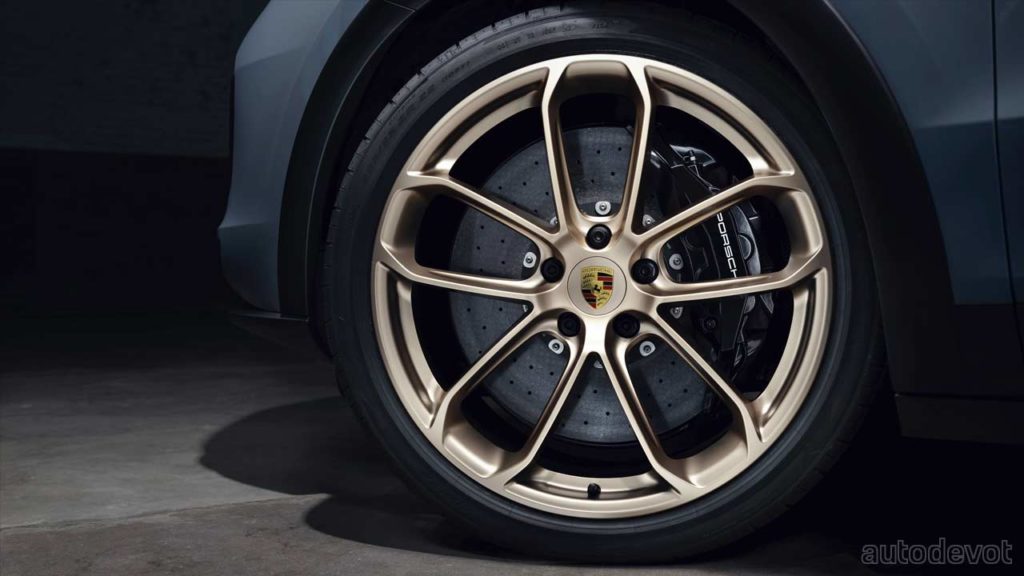 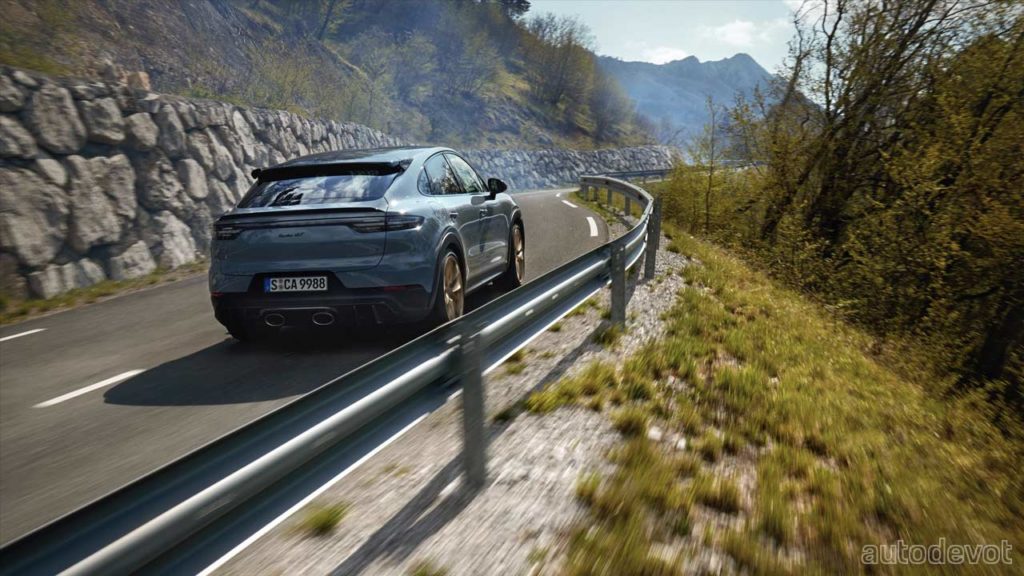 The Cayenne Turbo GT boasts a host of functional modifications compared to the Cayenne Turbo Coupé. The front wheels are an inch wider and the negative camber has been increased by 0.45 degrees to make a larger contact patch for the specially developed 22-inch Pirelli P Zero Corsa performance tyres. Also, the Turbo GT rides up to 17 mm lower, which means both the passive chassis components and active control systems needed to be tweaked and optimized accordingly for handling and performance. For example, the rigidity of the three-chamber air suspension is up by 15%, and likewise, the Porsche Active Suspension Management (PASM) damper characteristics, Power Steering Plus and rear-axle steering systems have also been adapted. The Porsche Dynamic Chassis Control (PDCC) active roll stabilization system’s control software has also got a sporty tuning. 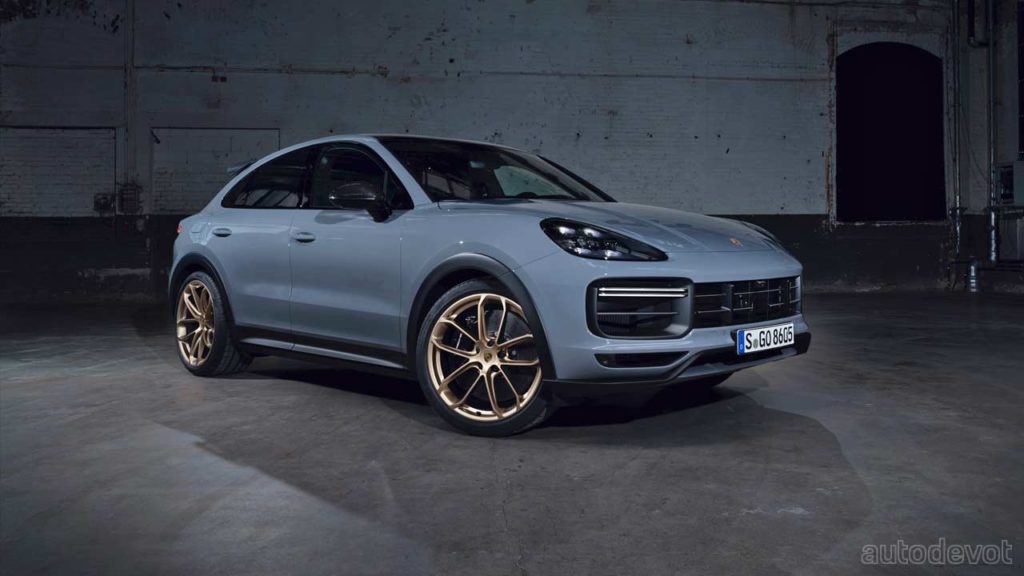 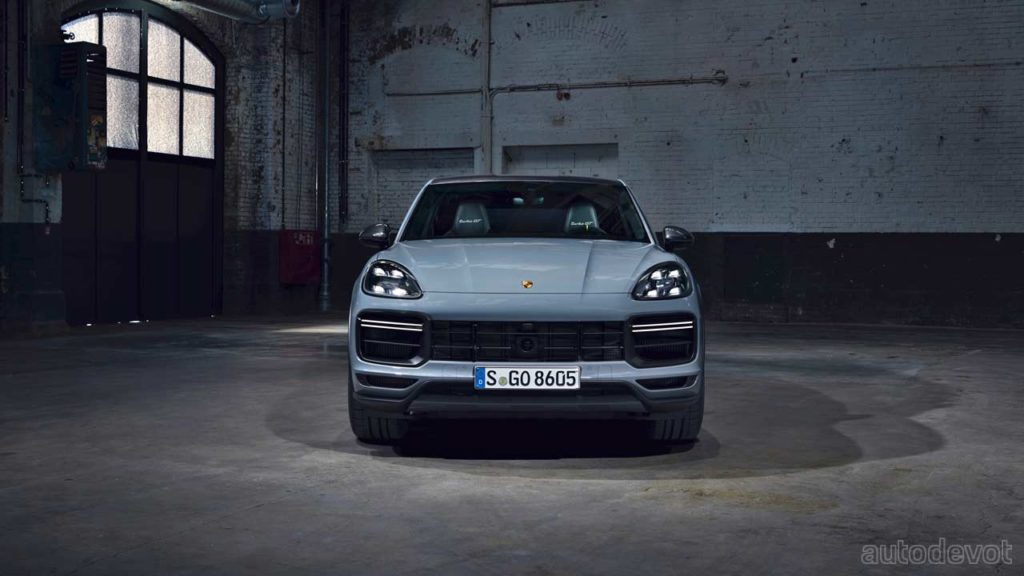 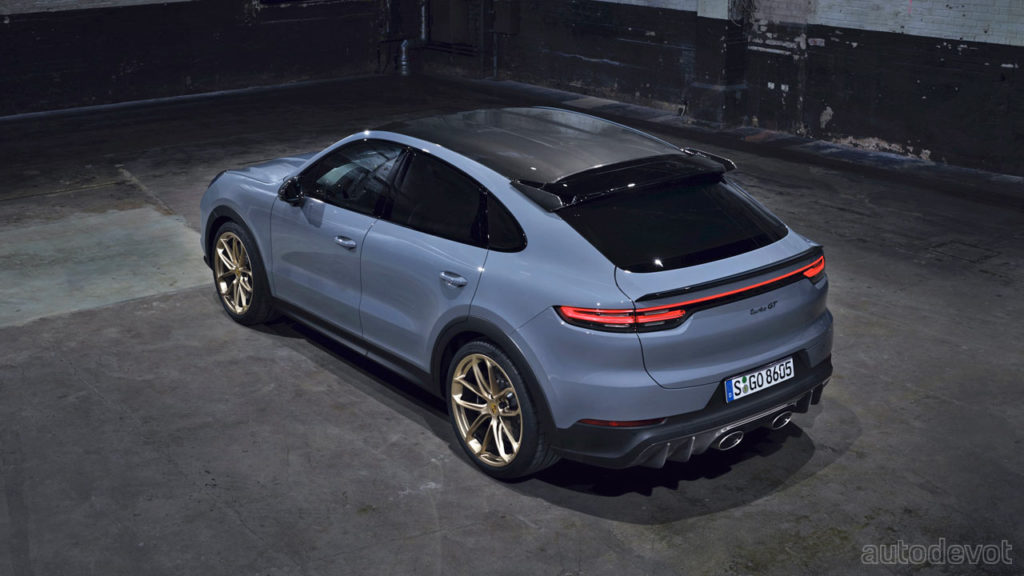 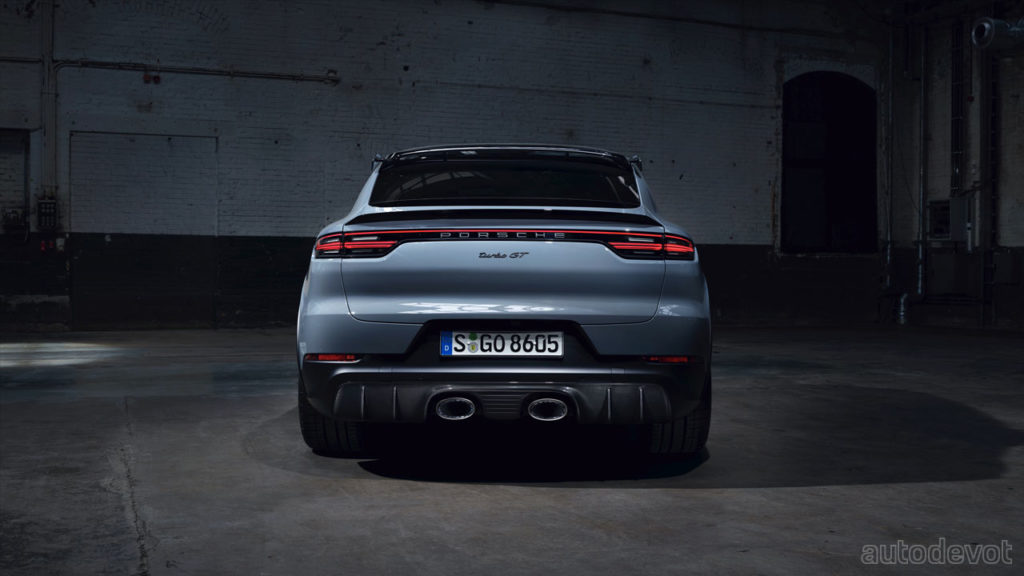 Visually, the Turbo GT looks fairly subtle, but there’s a new Arctic Grey colour (optional) and 22-inch GT Design wheels in Neodyme. The contoured roof is made of carbon fibre. The roof spoiler with carbon side plates is also GT-specific, as is the active spoiler lip which is 25 mm larger than that fitted to the Turbo. According to Porsche, this increases the downforce by up to 40 kg (88 lbs) at the car’s top speed. The rear diffuser is also made of carbon. 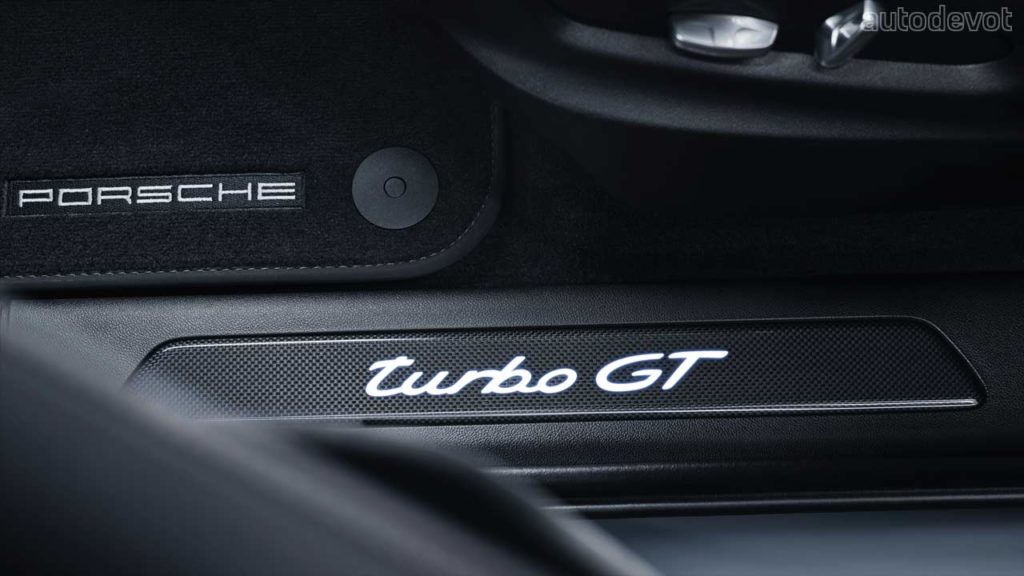 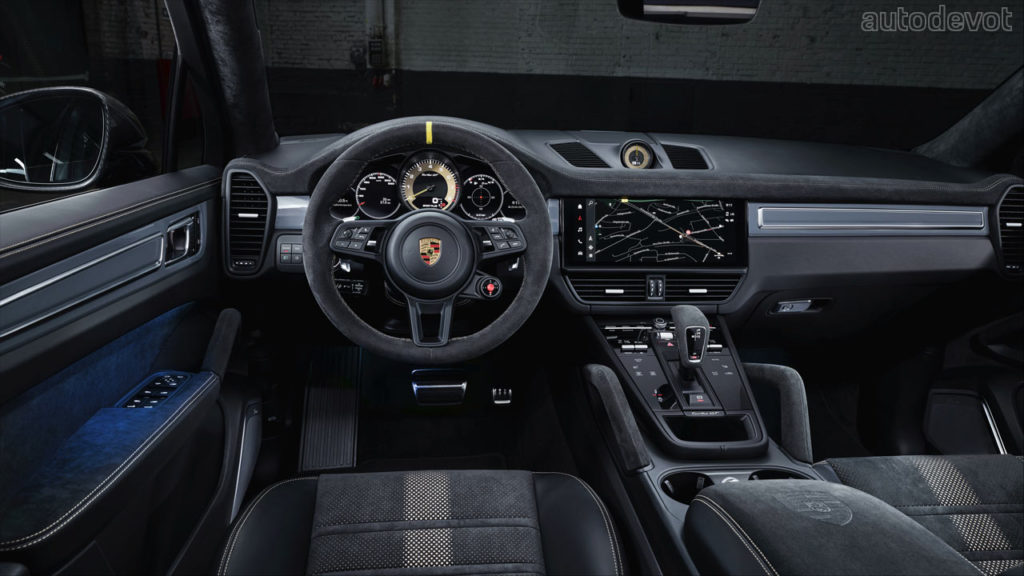 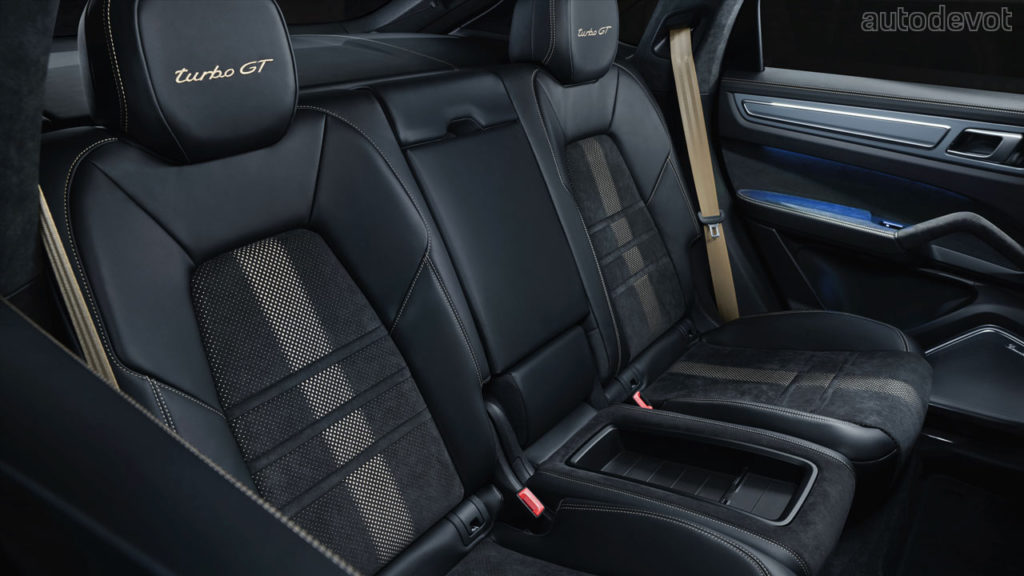 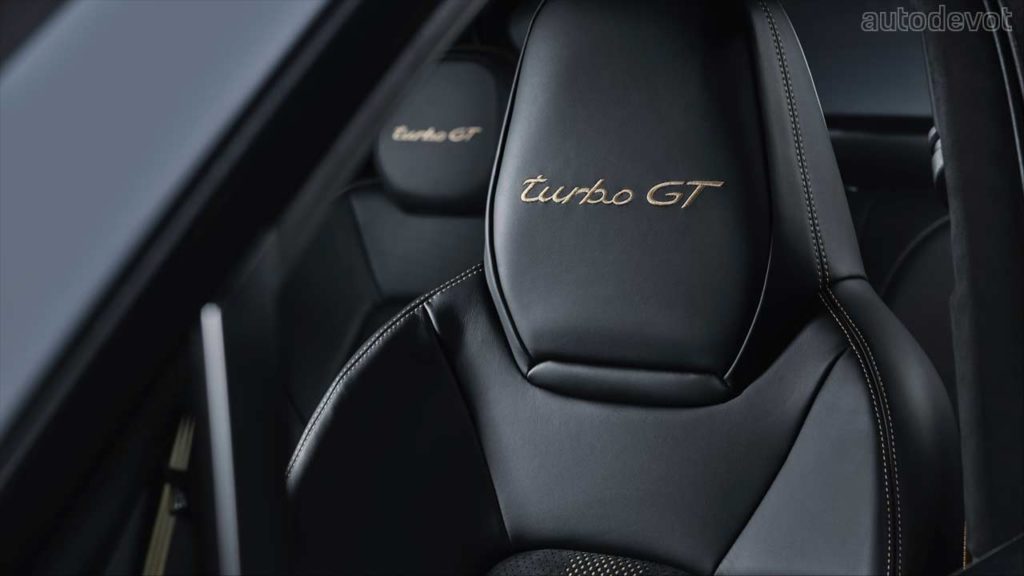 Inside, the Cayenne Turbo GT gets 8-way front sport seats as standard. The rear section too gets two sporty seats. All seats come with GT-specific perforated centre sections in Alcantara, with contrast accents in Neodyme or Arctic Grey. The multifunction sports steering wheel features a yellow 12 o’clock marking. The Turbo GT also marks the debut of the next-generation Porsche Communication Management (PCM) with a host of improvements. The PCM 6.0 is now compatible with both Apple CarPlay and Android Auto. 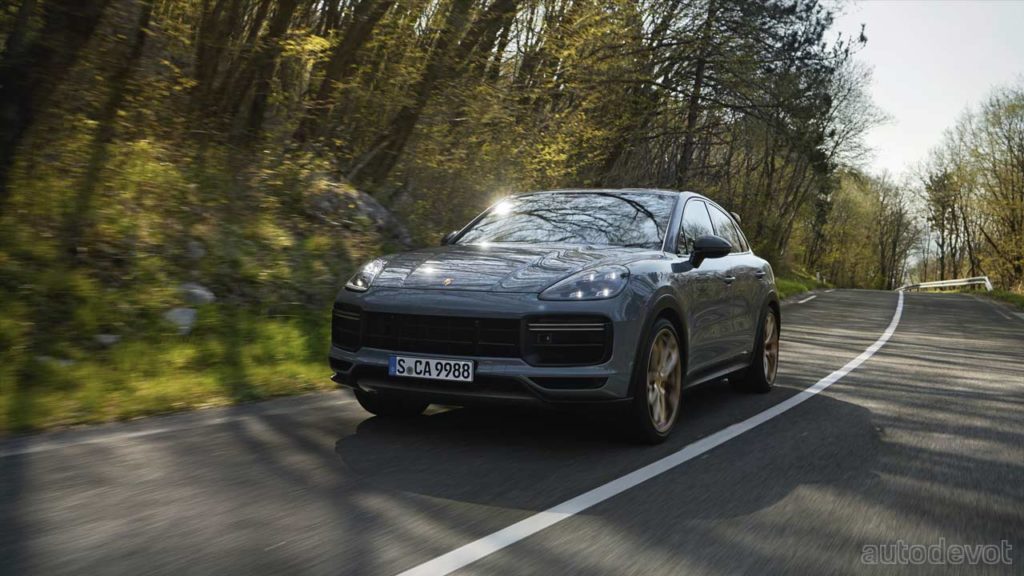 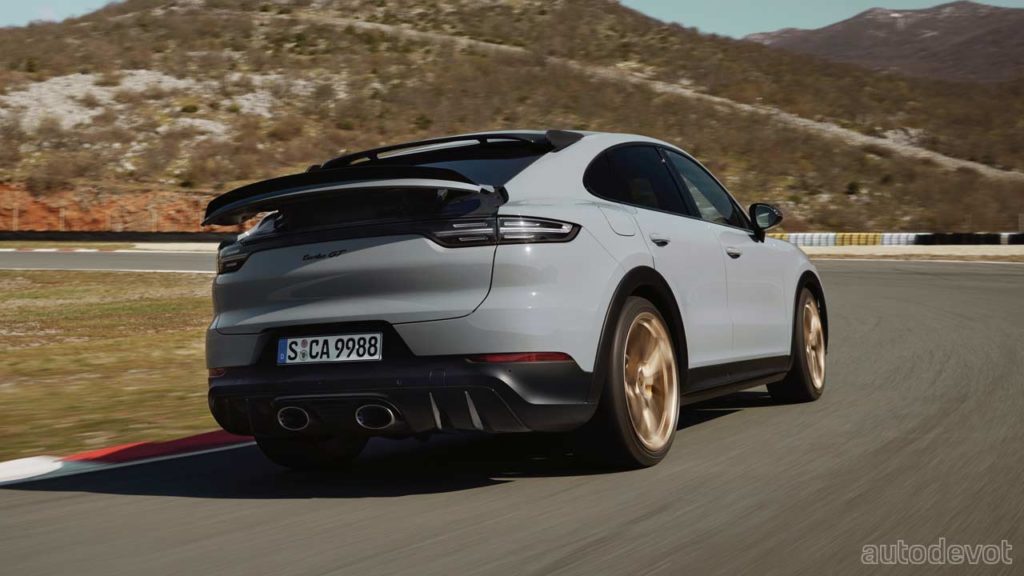 Moving on to the juicy bits of the story then, Porsche claims that the Cayenne Turbo GT’s biturbo engine is its most powerful eight-cylinder unit currently. The crankshaft, connecting rods, pistons, timing chain and torsional vibration dampers are said to be different from those in the Turbo Coupé’s V8. The engine pumps out 471 kW (640 metric hp) and a maximum torque of 850 Nm (627 lb-ft), which are an increase of 66 kW (90 metric hp) and 80 Nm (59 lb-ft) over the Cayenne Turbo Coupé. The engine is paired with a quicker-shifting 8-speed Tiptronic S and Porsche Traction Management (PTM) system. The transfer case gets an additional water cooling. A titanium sports exhaust system comes standard.