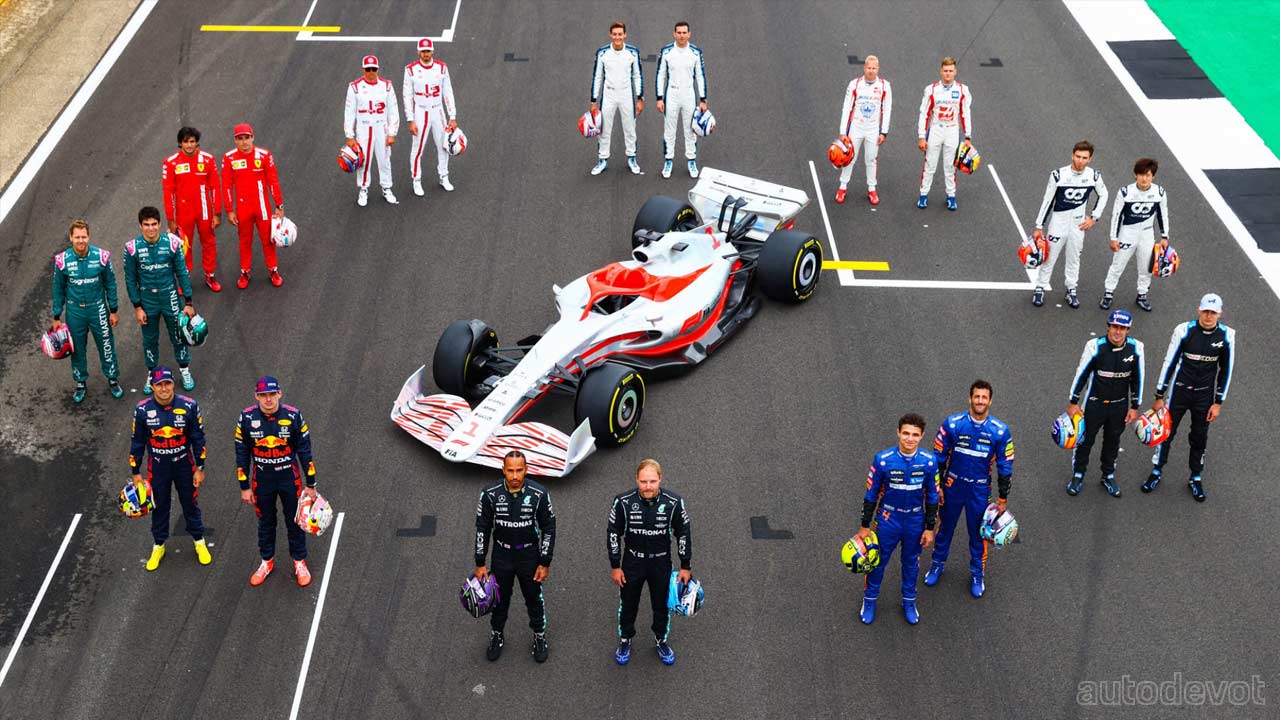 May the downforce be with you.

Formula 1 has revealed the 2022 car at the Silverstone circuit, ahead of the British Grand Prix this weekend. The new car boasts some significant improvements over its predecessor, in terms of aerodynamics and safety. And so, here are the 10 things you need to know about the 2022 F1 car — 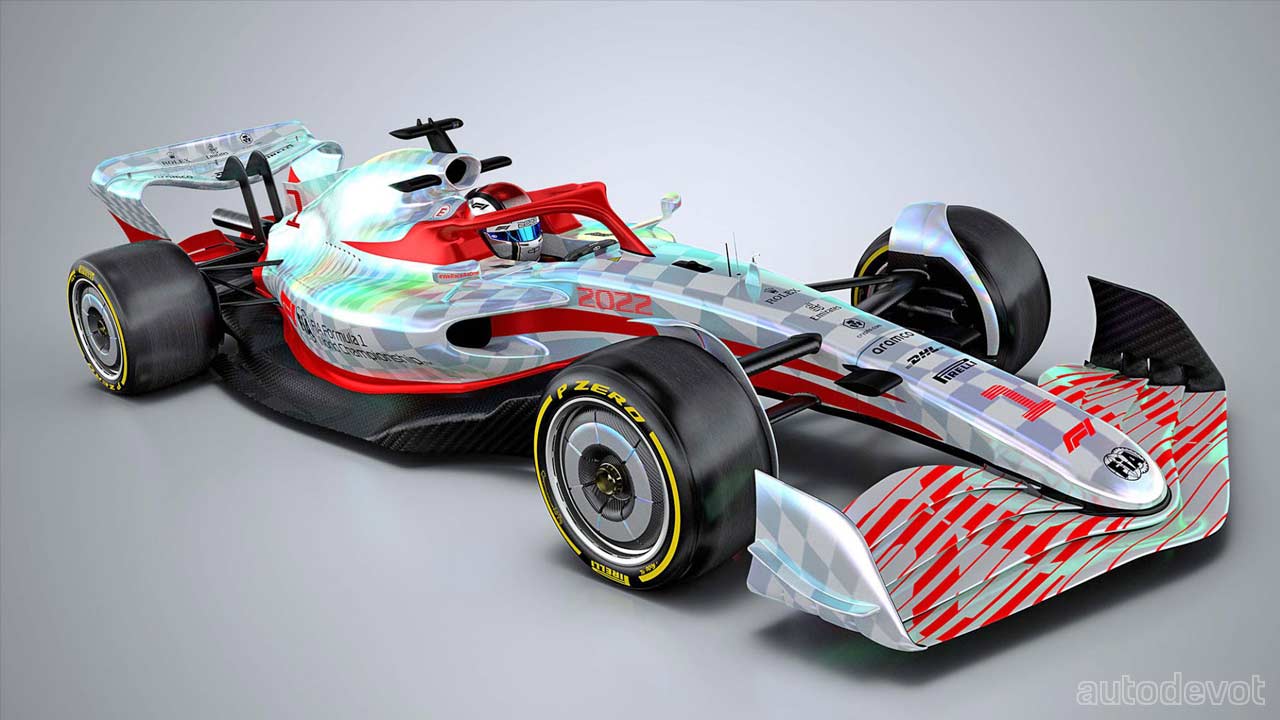 Lots of downforce
Yea, that might sound cliché, but please read on. You see, the current F1 cars lose ~35% downforce when running three car lengths behind a leading car (at approx 20 metres, measured from the leading car’s nose to the following car’s nose), while closing up to one car length (around 10 metres) results in a 47% loss. The 2022 car reduces these figures to 4% and 18%, respectively, by putting a heavy onus on the aerodynamic phenomenon known as ‘ground effect’ (more on this in a bit).

Over-wheel winglets and wheel covers
As you might have noticed, the 2022 car features over-wheel winglets for the first time, in addition to the return of the wheel covers for more downforce. The winglets’ job is to help control the wake coming off the front tyres and direct it away from the rear wing. Again, all of these are to ensure more downforce. 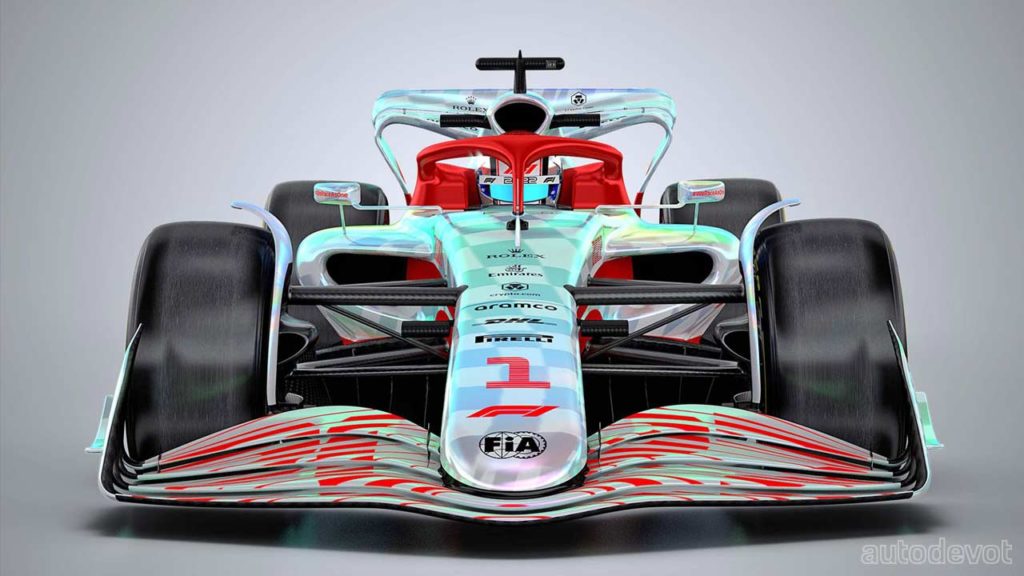 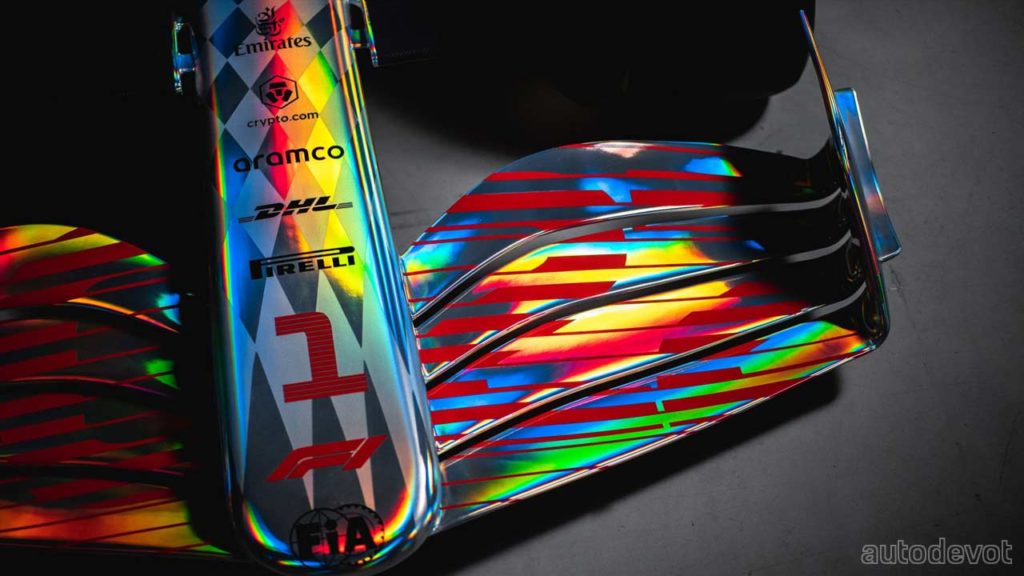 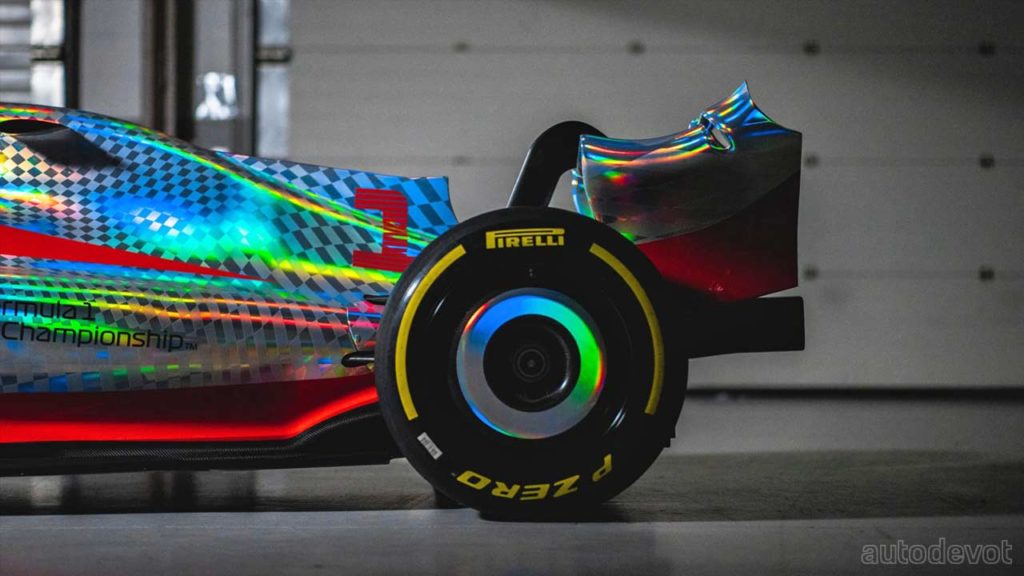 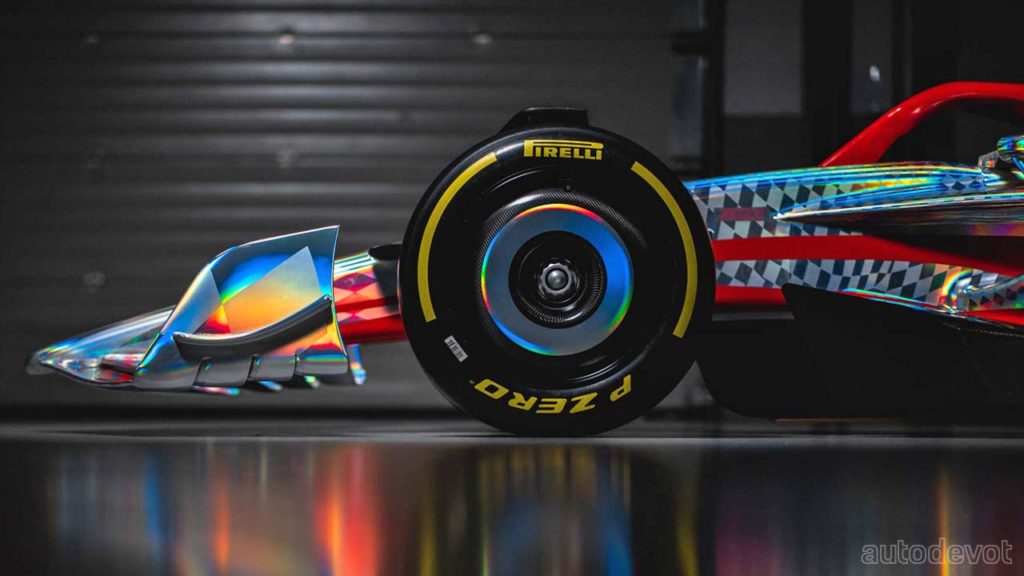 New front wing (and nose combo)
The 2022 car features a new front wing design, again to ensure consistent downforce when running closely behind another car and also to better control the front wheel wake and direct it down the side of the car as much as possible. 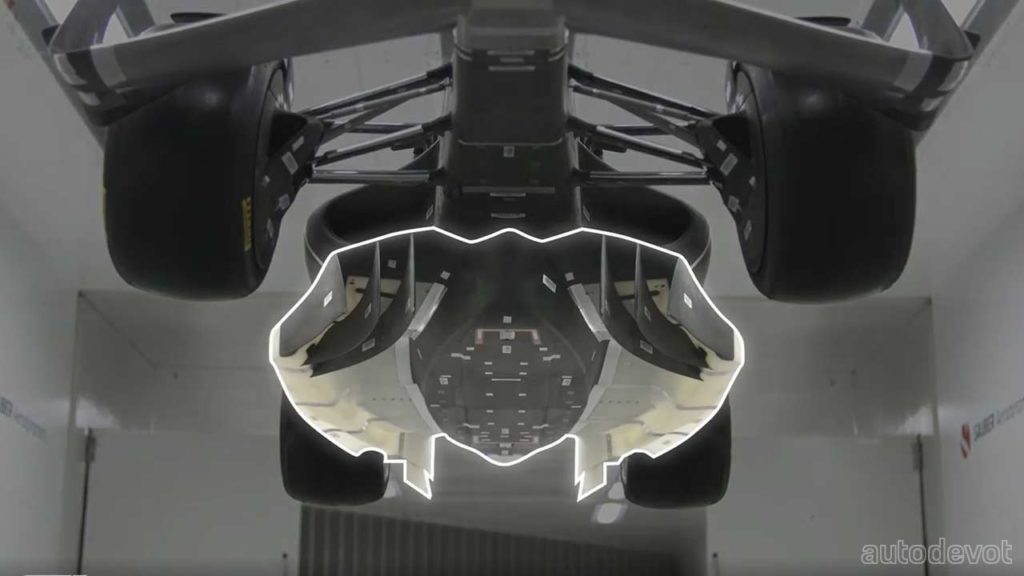 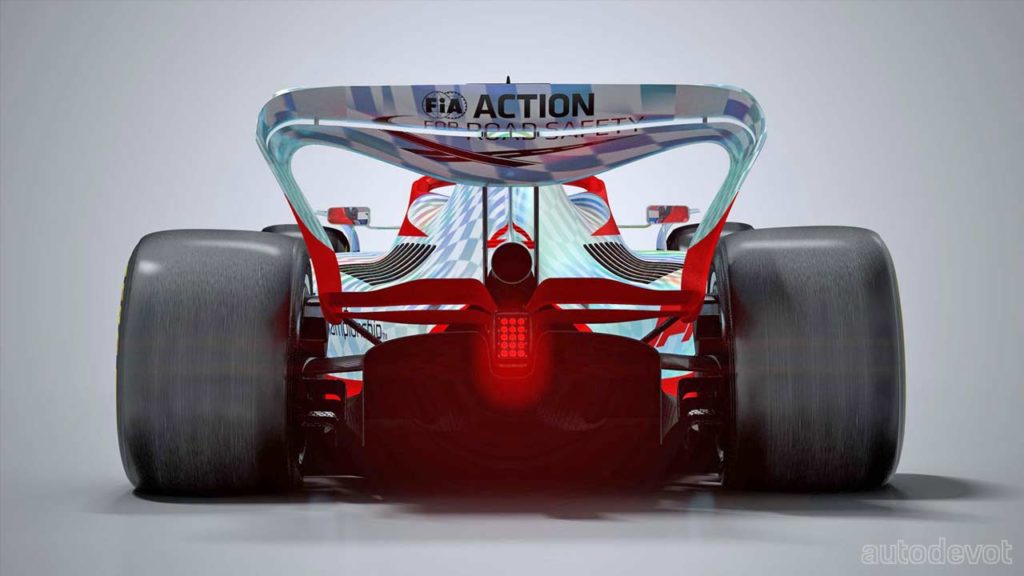 Ground effect
While full ground effect cars still remain outlawed in F1, the 2022 car uses underfloor tunnels to contain the downforce generated via ground effect. The current floors also exploit the ground effect, but not to the same extent; the vortices under the floor might stop working when closely following another car, for example.

Art Deco rear wing
F1 calls the new rear wing an Art Deco, apparently because an automotive stylist contributed to the 2022 car’s overall look. Its rolled tips not only create a mushroom-like shape but also a mushroom-shaped wake. F1 explains:

While current cars’ rear wings direct airflow upwards, they are also designed to send flow outwards, leaving the “dirty air” sitting there for the following car to drive through. The shape and the position of the new wing creates a rotational airflow that collects the rear wheel wake and rolls it into the flow exiting the diffuser — forming an invisible mushroom-shaped wake. This narrower wake is then thrown — thanks also to a steeper diffuser ramp — high up into the air, allowing the following car to drive through less disrupted “clean air”. 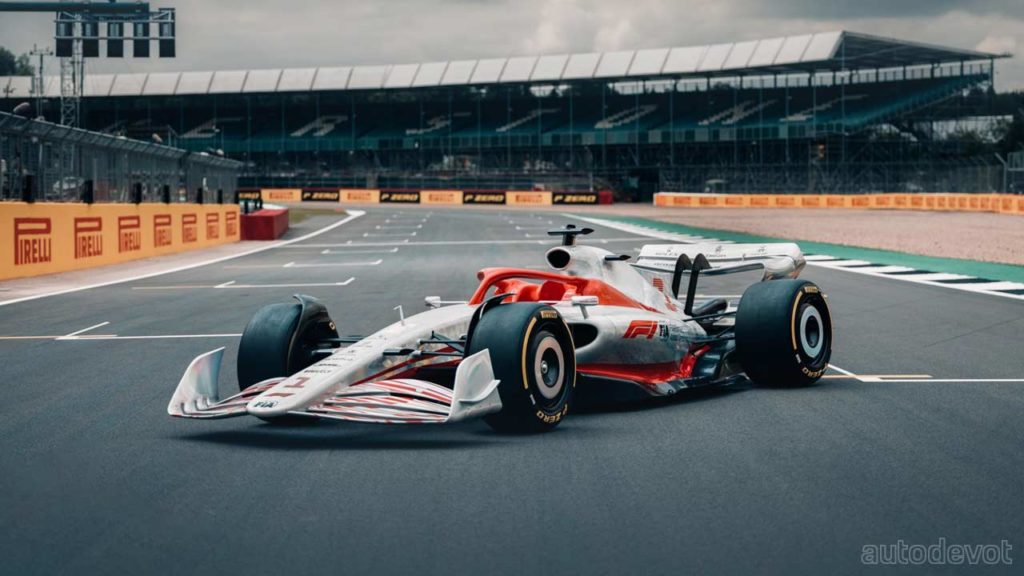 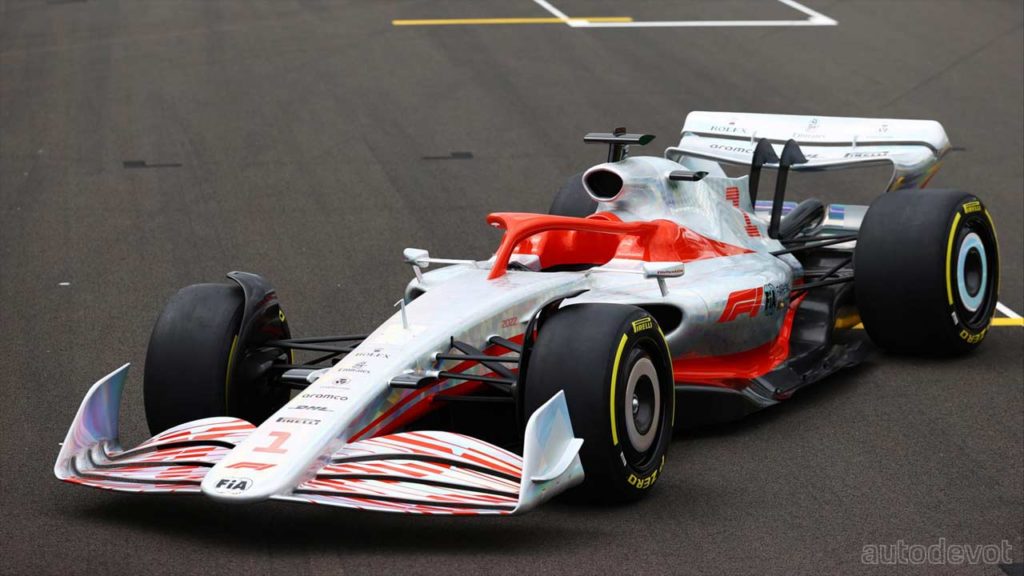 Same hybrid powertrain as 2021 car
The 2022 car will retain the current 1.6-litre V6 with MGU-K and MGU-H units, as the system is already the most advanced and efficient in the business. However, there’ll be some additional sensors to allow the FIA to better monitor the power units.

More sustainable fuel
Current regulations allow the fuel to contain up to 5.75% bio-components. And while a fully sustainable fuel is in the works, the 2022 car will see the bio-component ratio rise to 10% with the E10 fuel. The ‘E’ stands for Ethanol, in case you’re wondering.

Safety
Lessons learned from the recent major crashes (including Romain Grosjean’s 2020 Bahrain GP crash and Anthoine Hubert‘s fatal F2 crash in 2019) have been incorporated into the new car. The chassis now needs to absorb 48% and 15% more energy, front and rear, respectively, during impact tests, as well as greater forces in the static ‘squeeze’ tests.

Thanks to all the safety improvements and heavier and more robust tyres, the minimum car weight has gone up by around 5%.

Over 7,500 simulations
The 2022 F1 car has been put through over 7,500 simulations, creating around half a petabyte of data — similar to how much it took to image the Messier 87 black hole. In other words, that is equivalent to 10 million four-drawer cabinets full of text documents.