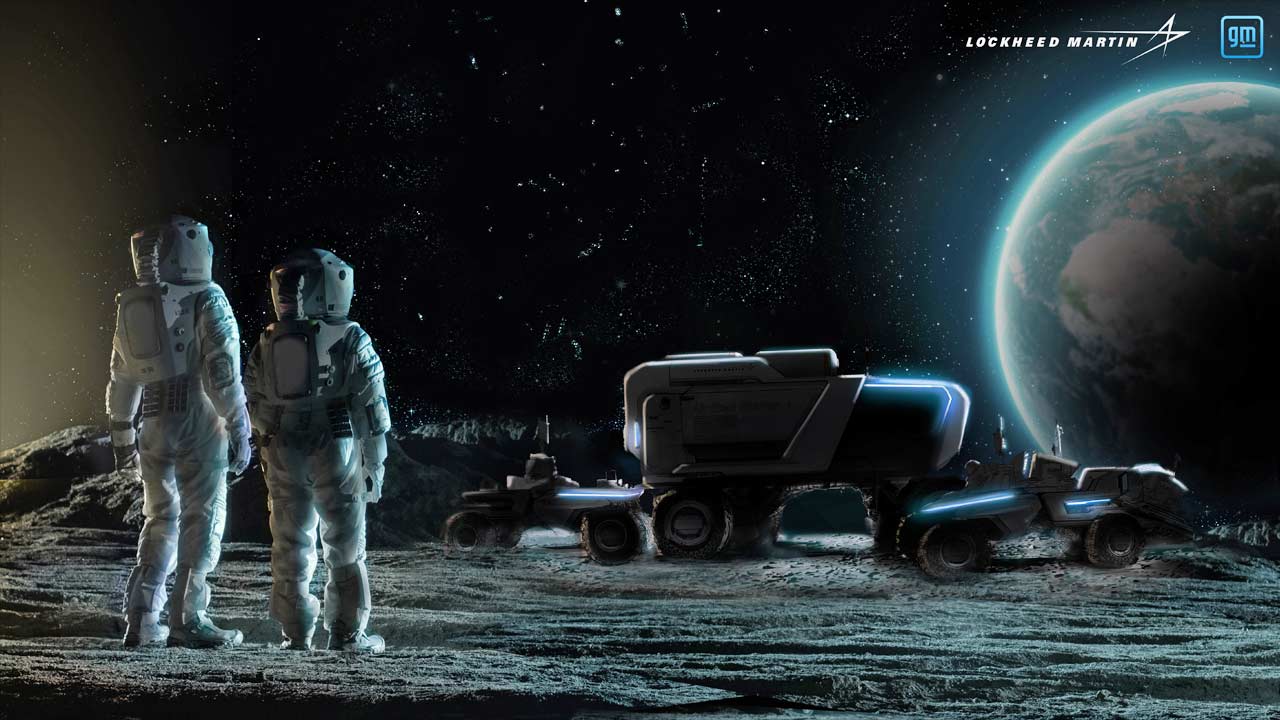 As you might be aware, NASA’s Artemis program is sending humans back to the Moon, sometime in 2024, and obviously, the astronauts are gonna need a brand new rover to bounce around the lunar surface, as you probably can’t jump-start the rover left behind by the Apollo 17 crew nearly 5 decades ago.

And so, NASA has signed up Lockheed Martin and General Motors to develop a new lunar rover—billed as the Lunar Terrain Vehicle (LTV)—that’ll be far more advanced than the one left behind by the previous mission, as suggested by a teaser image.

We don’t have a lot of details at the moment, obviously, but what we do know is that GM is supplying its Ultium modular EV platform, and the rest will be taken care of by Lockheed. Unlike the Apollo rovers that traveled only about 7.6 km (4.7 mi) from the landing site, the next-gen rovers will cover more distance, exploring the Moon’s south pole, where it is cold and dark with a lot more rugged terrain.

The Artemis is a multi-phase program which starts with an uncrewed test flight in November 2021, followed by a crewed lunar flyby mission in September 2023. If everything goes according to plan, the Artemis III will land a crew on the lunar surface, along with the rovers, of course, in September 2024. In a nutshell, the Artemis program according to NASA, is a pilot program for future crewed missions to Mars and beyond.