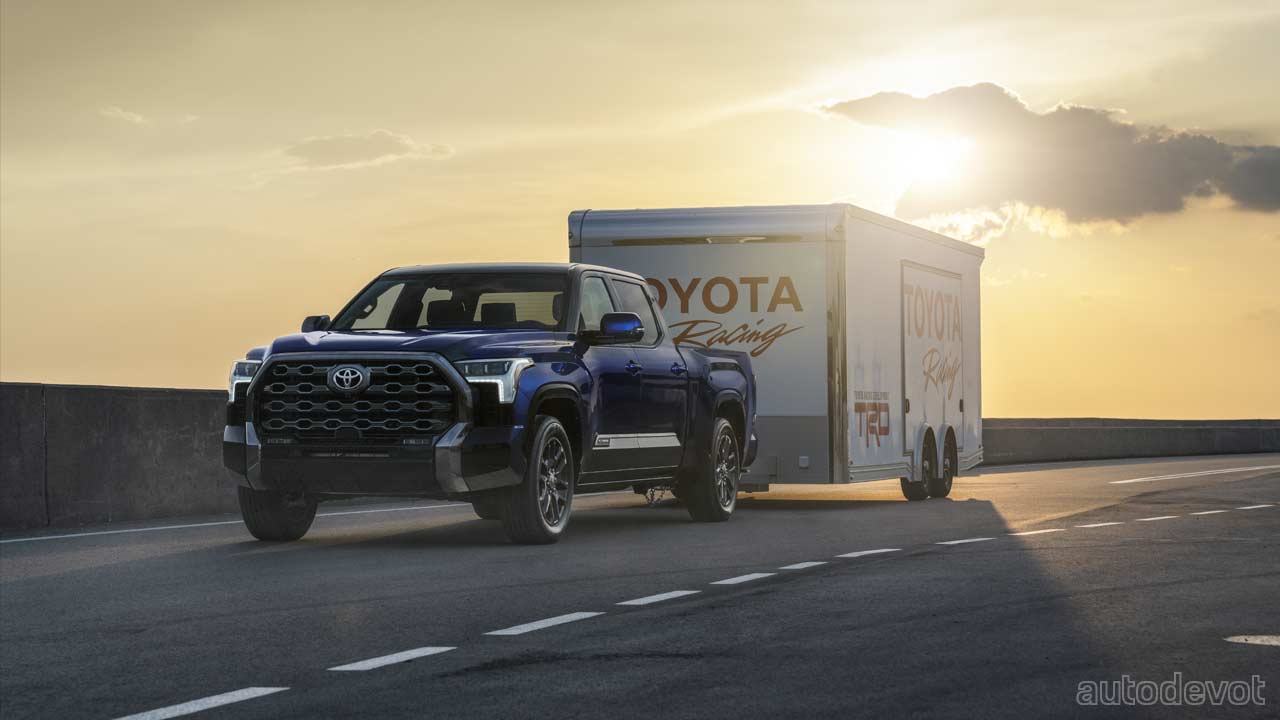 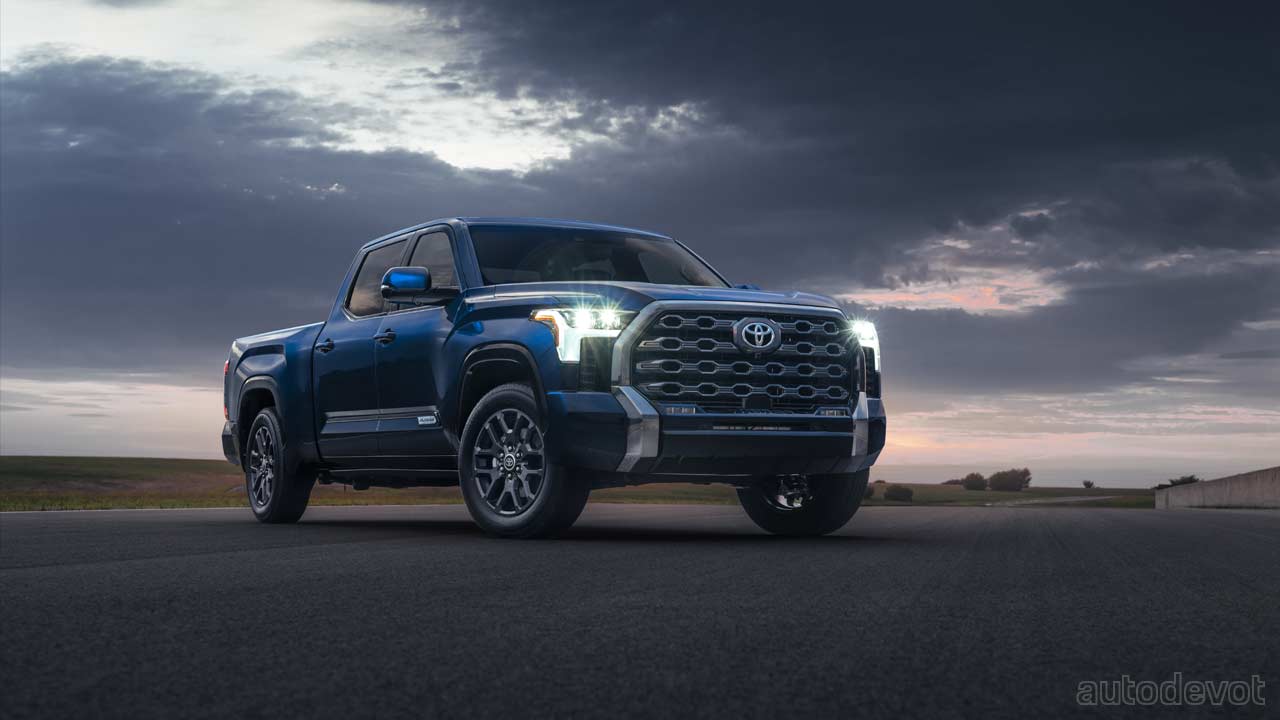 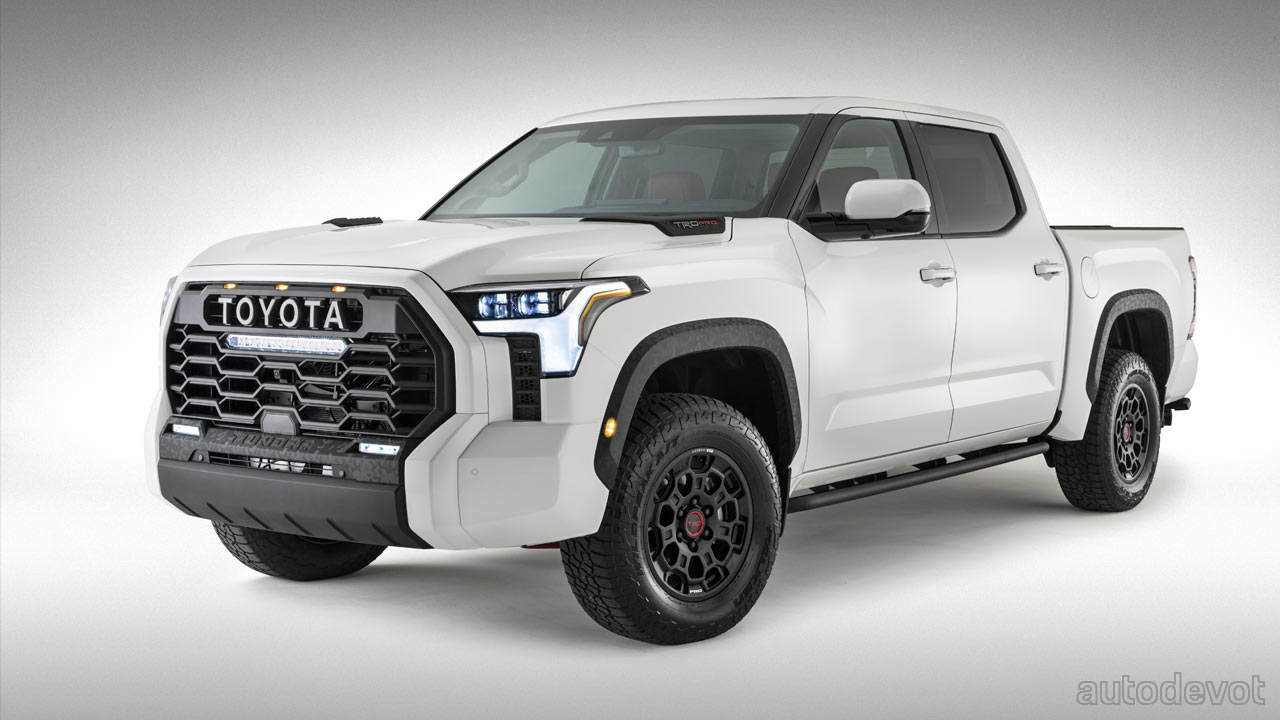 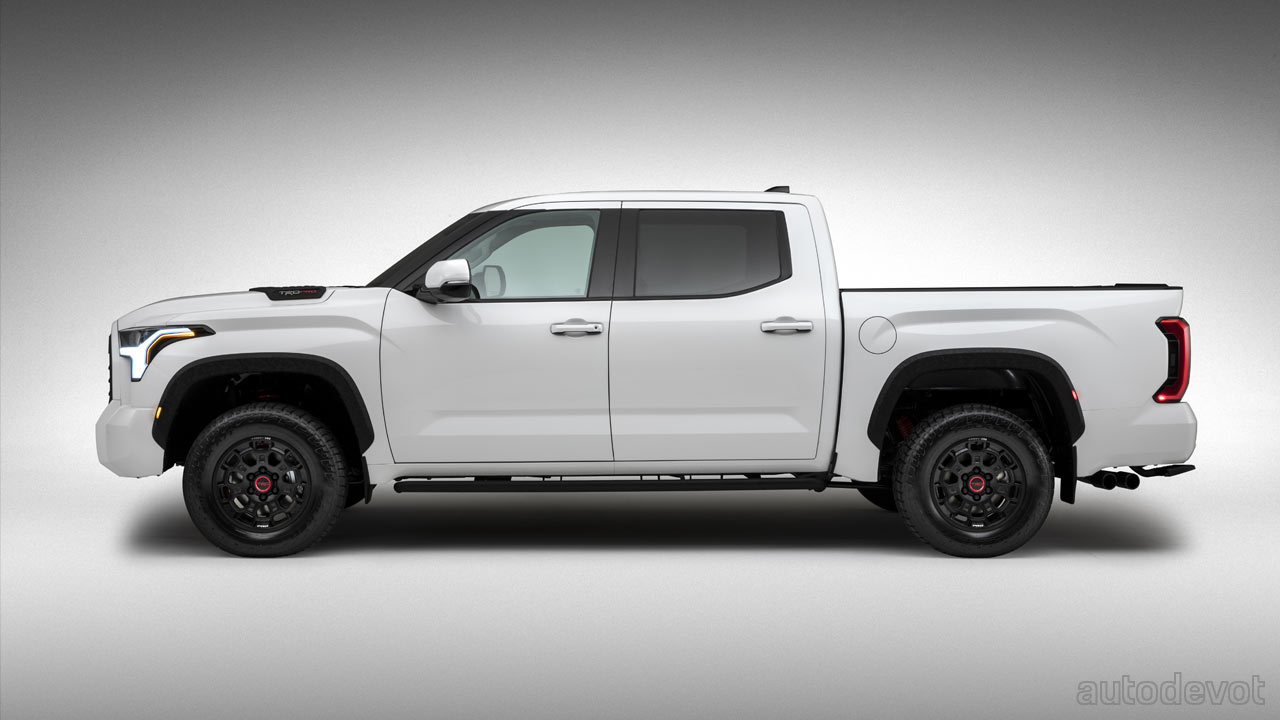 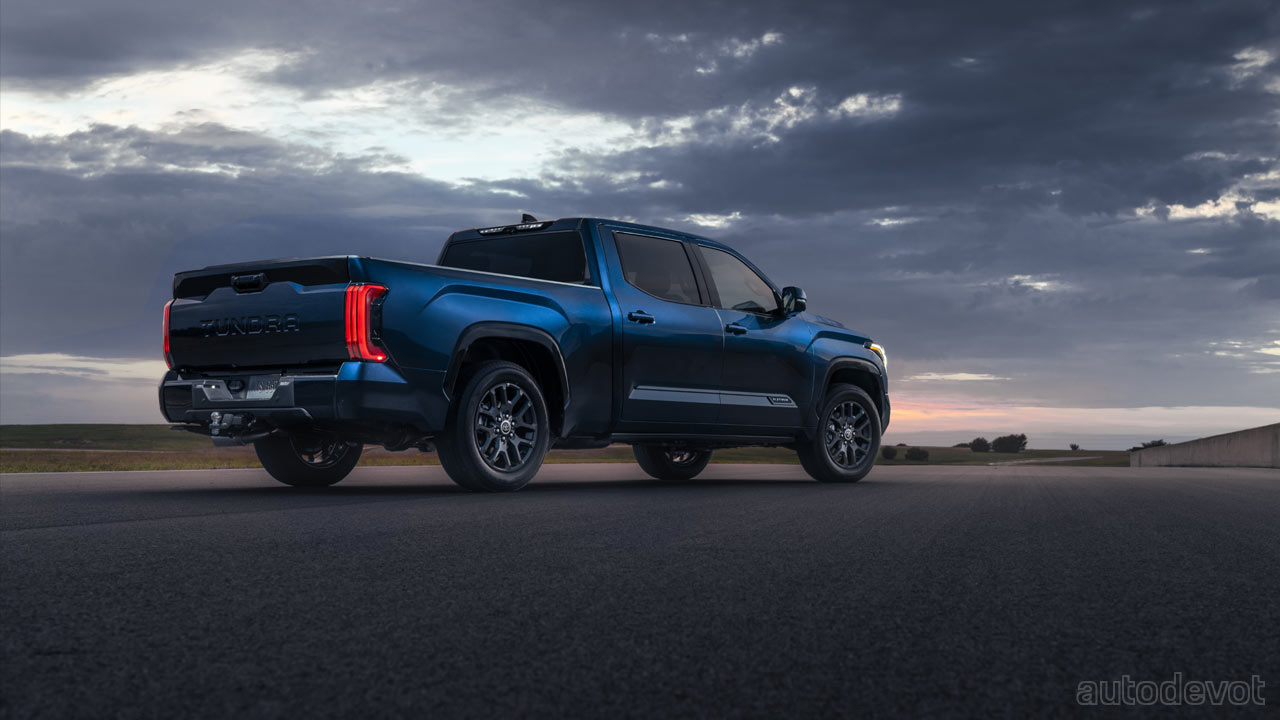 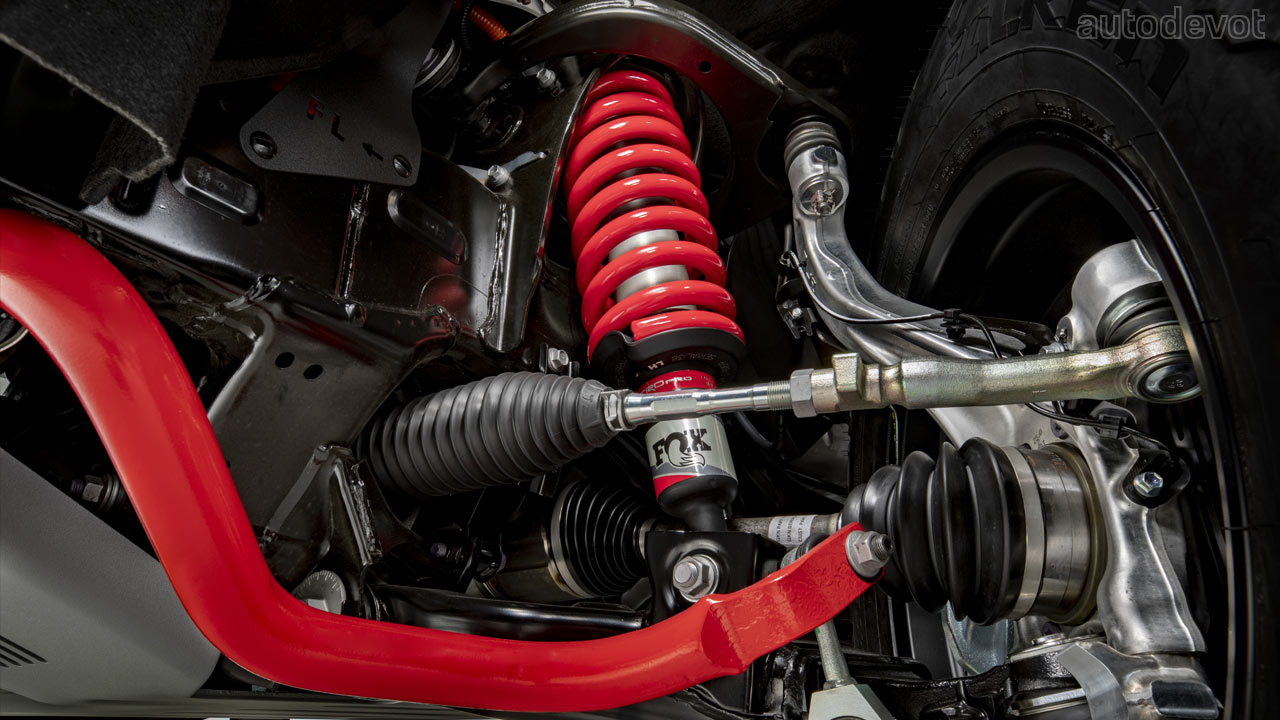 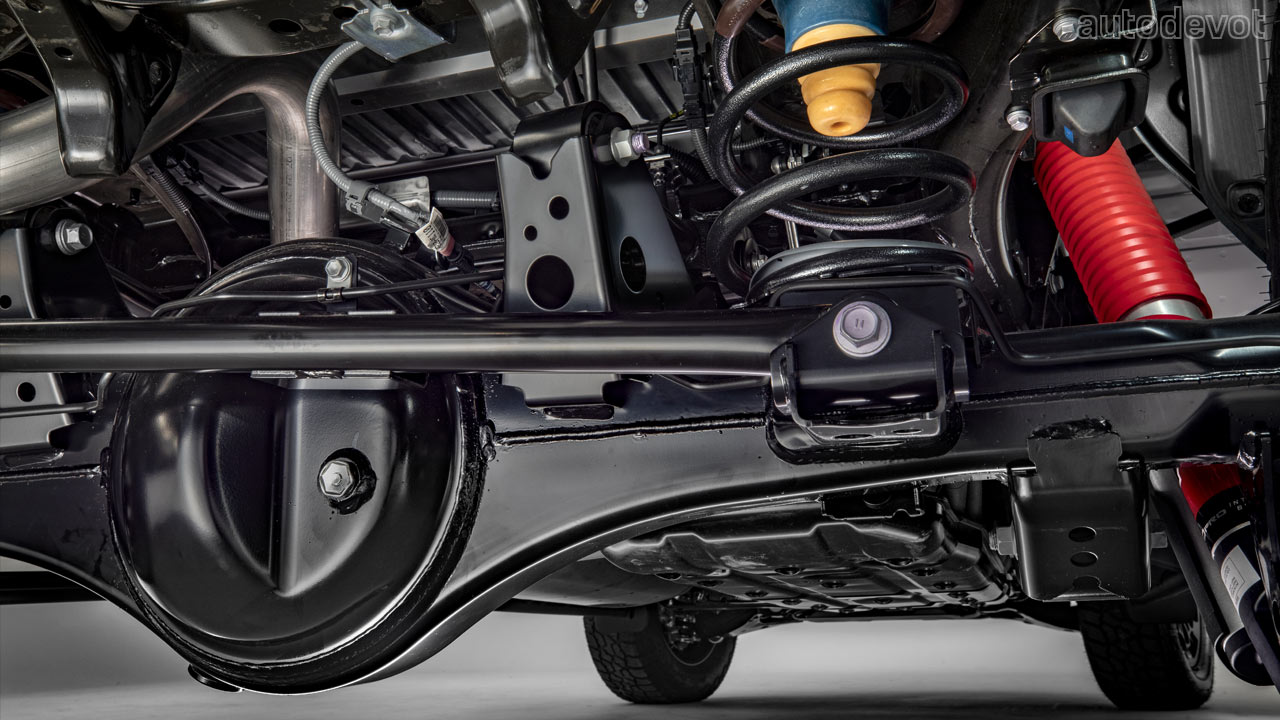 Speaking of the suspension, at the front is a newly developed double wishbone setup that is claimed to reduce body roll especially when cornering, and enhance ride comfort. At the rear, there’s a new multi-link setup that ditches leaf springs in favor of coils. TRD Pro trims are fitted with 2.5-inch diameter FOX internal bypass shocks, with the front shocks offering a 1.1-inch lift. A rear air suspension system is available on certain trims. Adaptive Variable Suspension (AVS) system is also available for the first time on Tundra.

High-strength steel is employed throughout the chassis to increase rigidity over the previous generation, while aluminum is used in key areas to help reduce weight, Toyota said. Apparently, the tailgate is 20% lighter compared with the outgoing model. Speaking of the tailgate, the tailgate release on the key fob is standard on all trims. 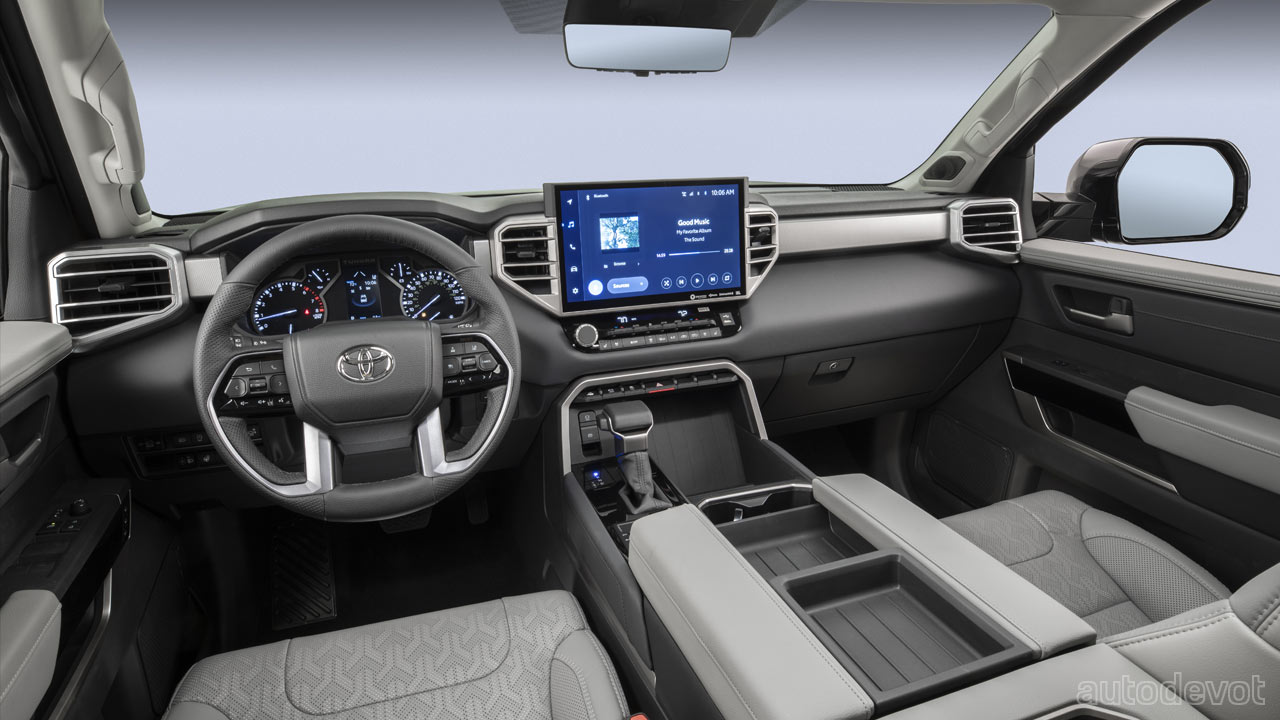 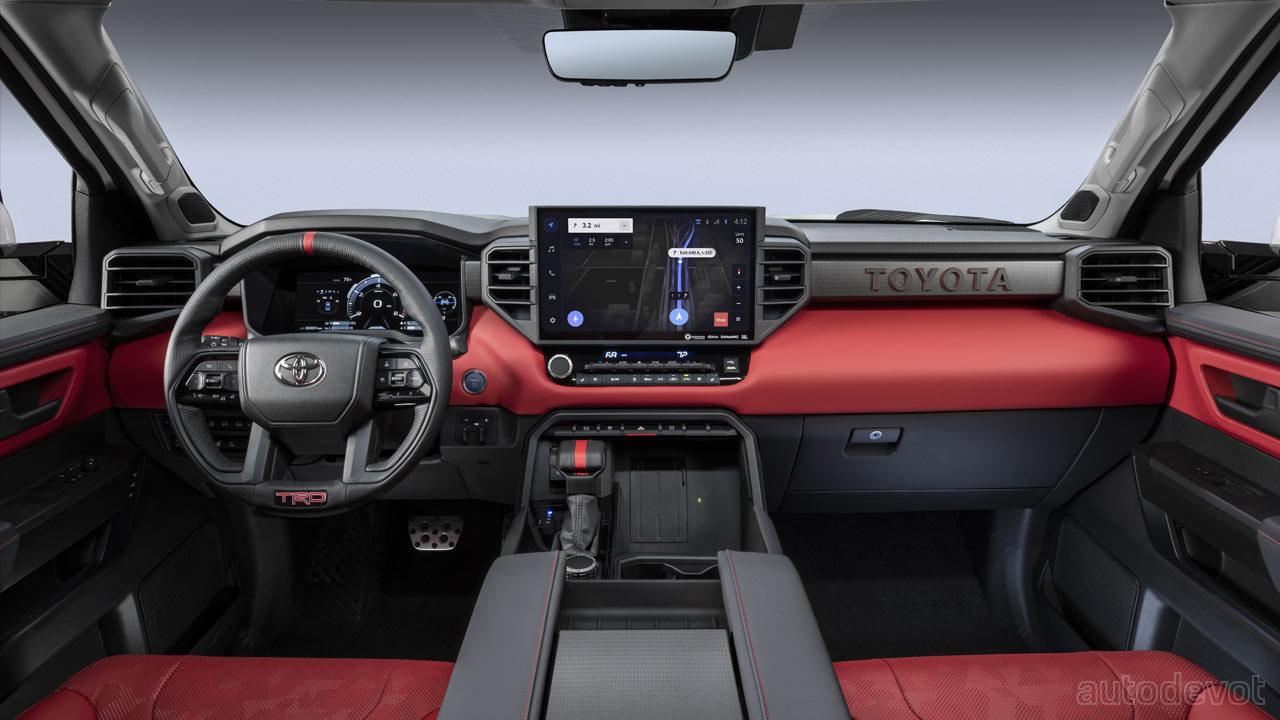 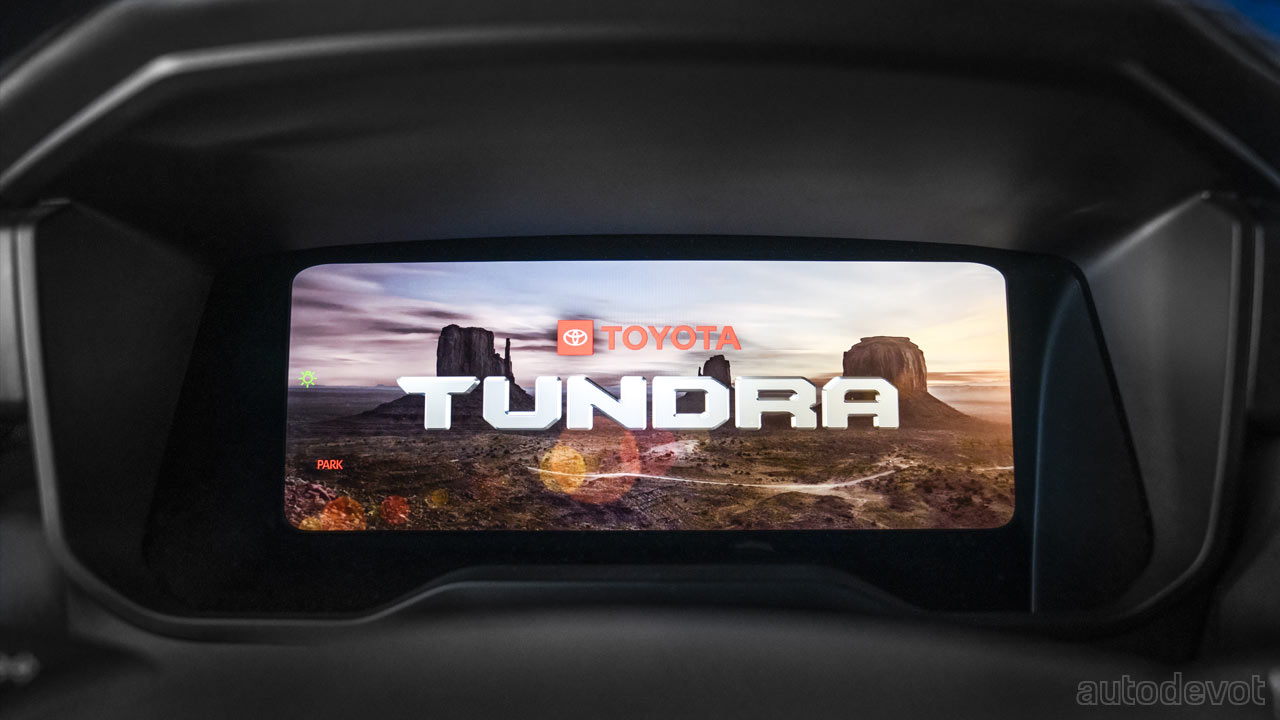 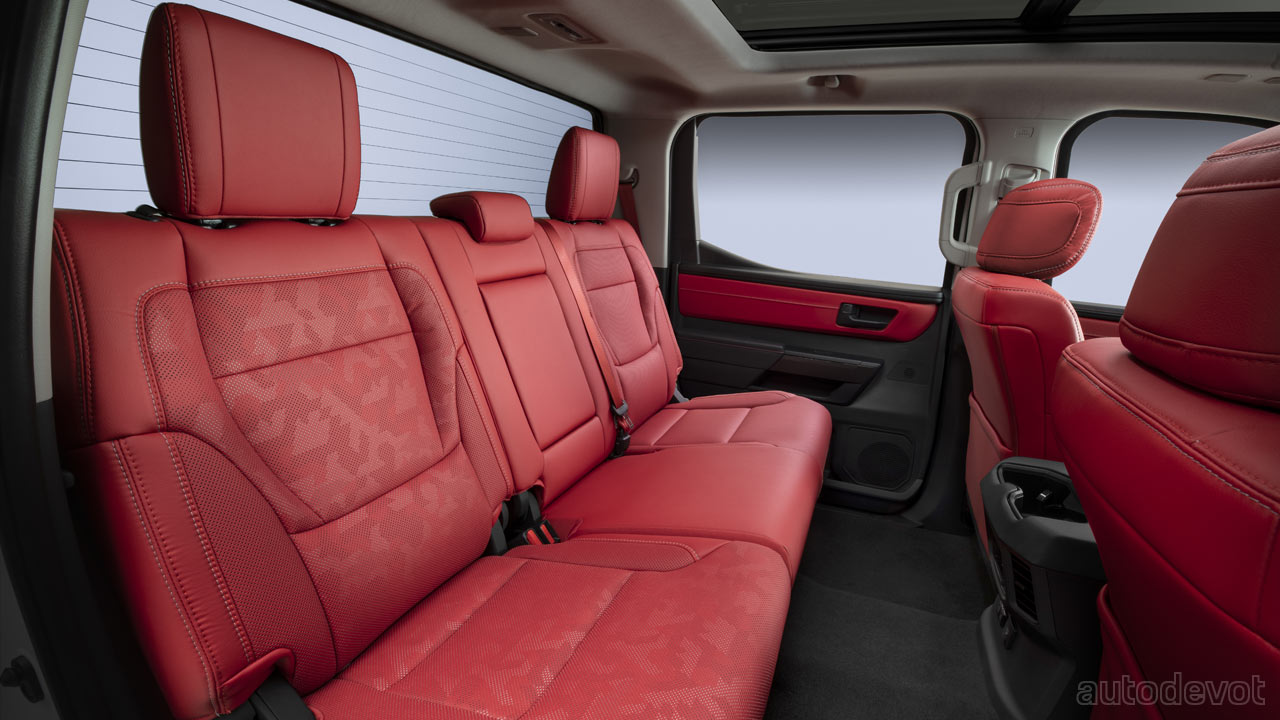 Inside, the new Tundra features an optional 14-inch touchscreen (8-inch standard), wireless Apple CarPlay & Android Auto connectivity, an optional 12.3-inch driver display (standard on Platinum, 1794 and TRD Pro), heated and ventilated front seats, and an optional panoramic glass roof. A Multi-Terrain Monitor is available on TRD Pro trim and TRD Off-Road package, which allows the driver to check the surroundings on the display. 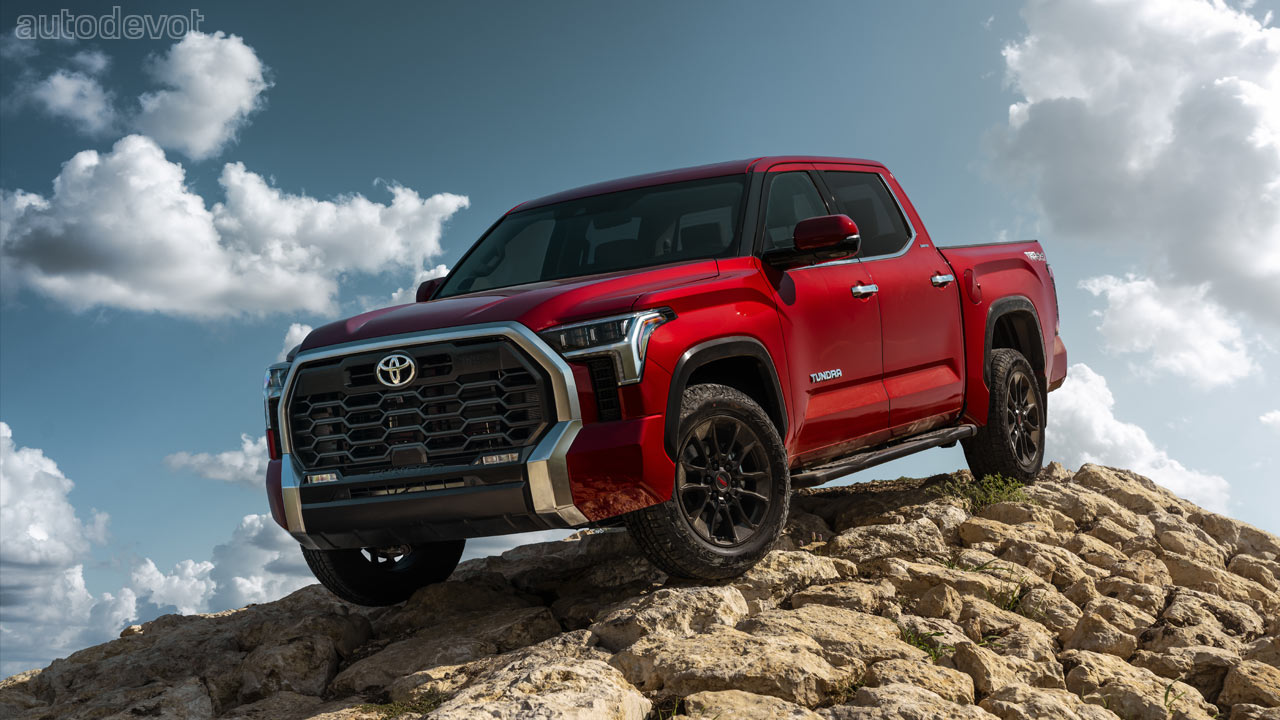 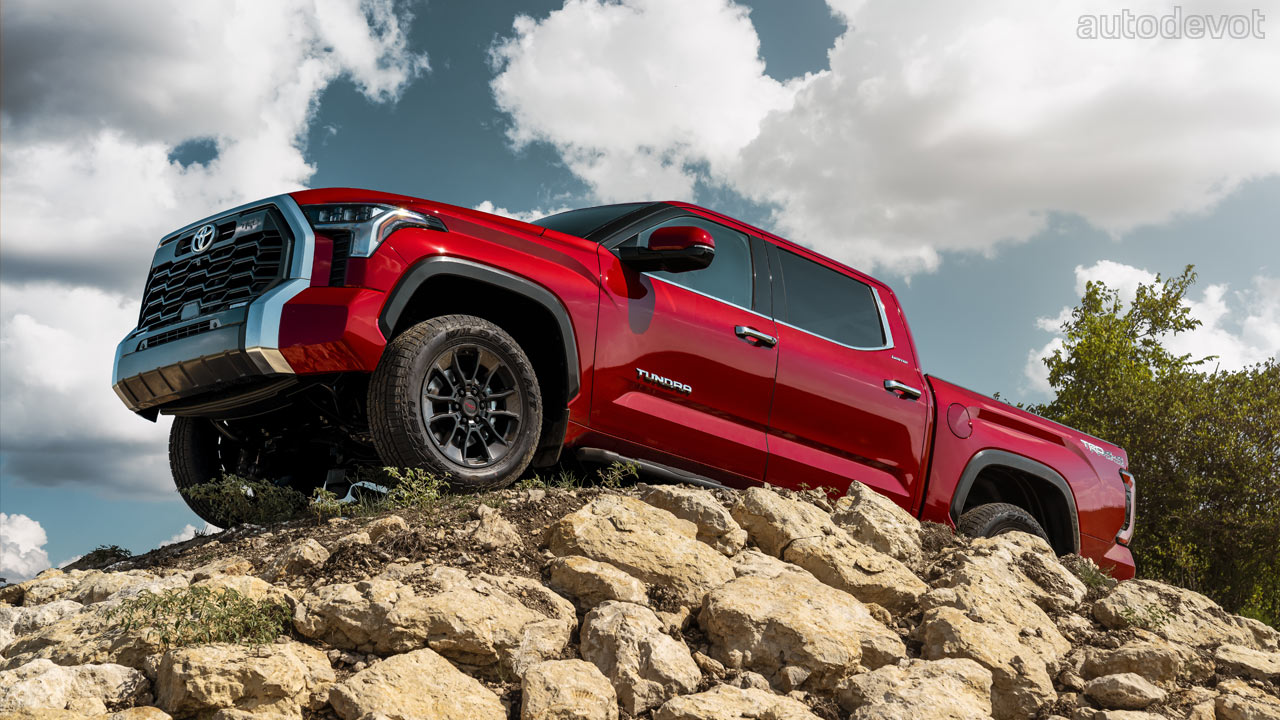 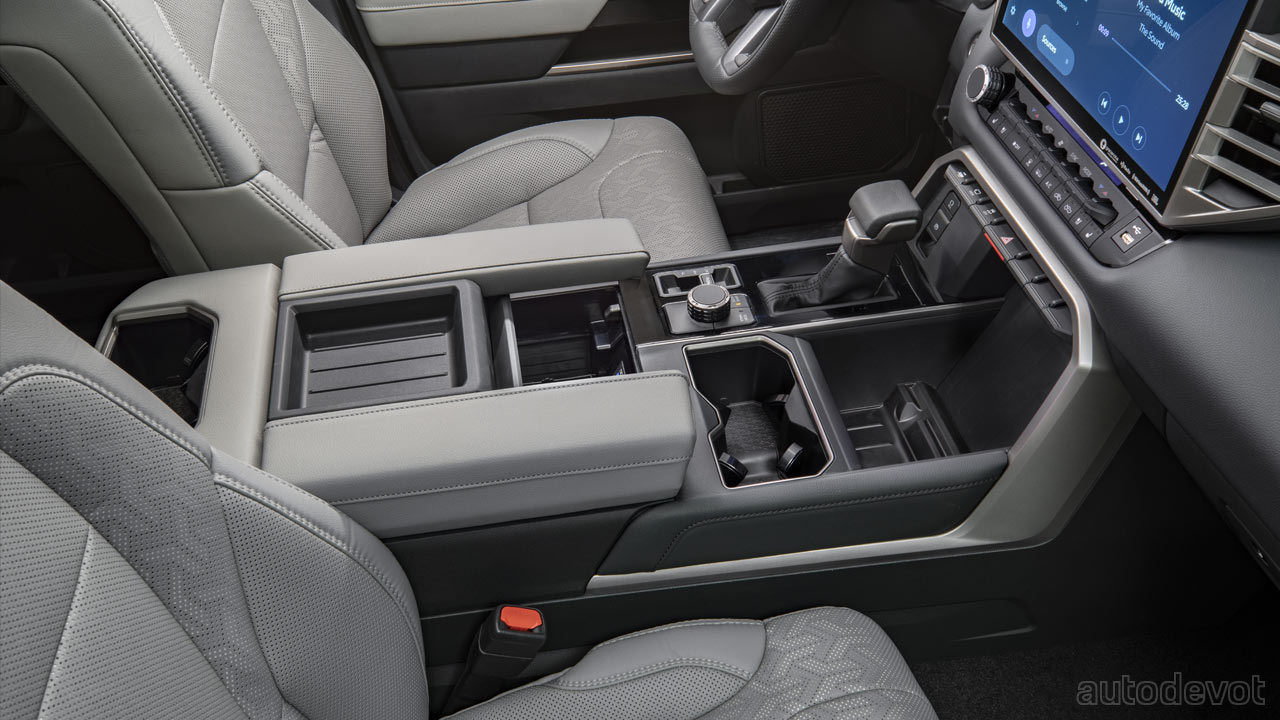 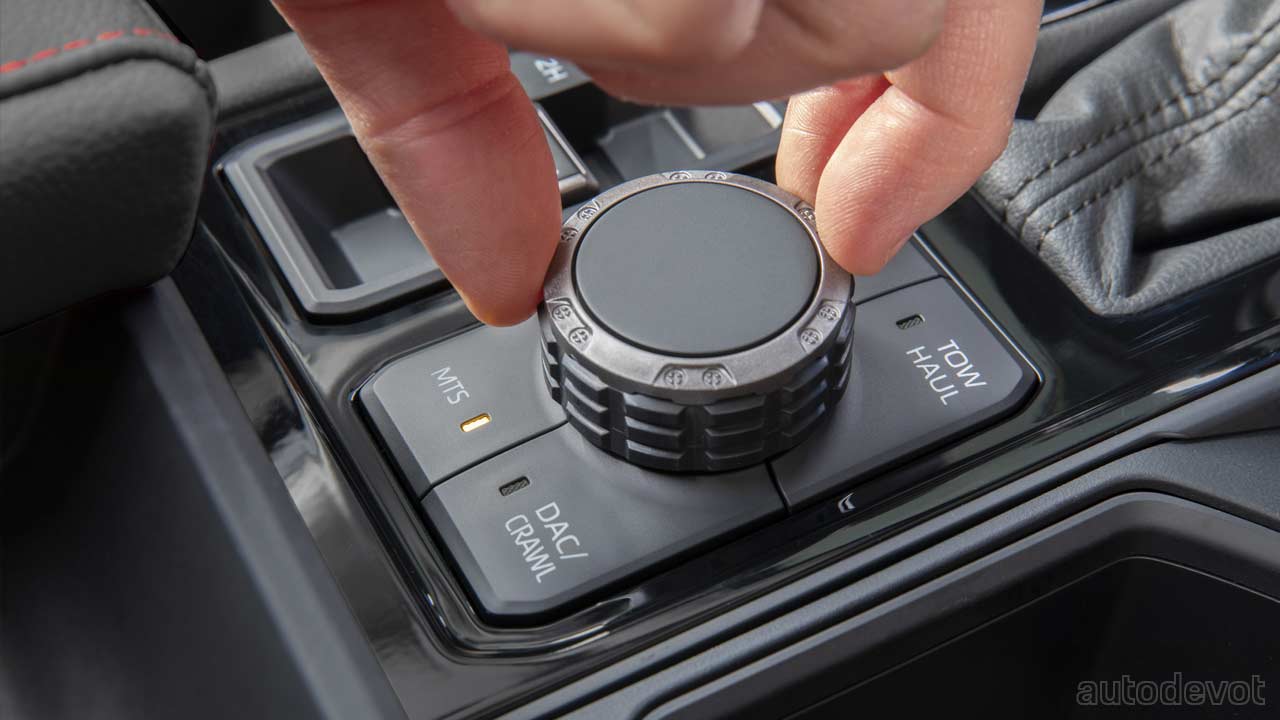 Moving on to the juicy bits of the story then, the new Tundra is powered by a 3.5L twin-turbo V6 engine (dubbed as i-Force) as standard, which produces 290 kW (389 bhp/394 metric hp) and 649 Nm (479 lb-ft) of torque, paired with a 10-speed automatic transmission. The same engine is available in combination with a hybrid system (dubbed as i-Force Max), where a motor-generator is nestled between the engine and a 10-speed automatic transmission. In this case, the output figures are 326 kW (437 bhp/443 metric hp) at 5,200 rpm and 790 Nm (583 lb-ft) of torque at 2,400 rpm. A 288-volt Nickel-Metal Hydride (Ni-MH) battery pack resides under the rear passenger seats.