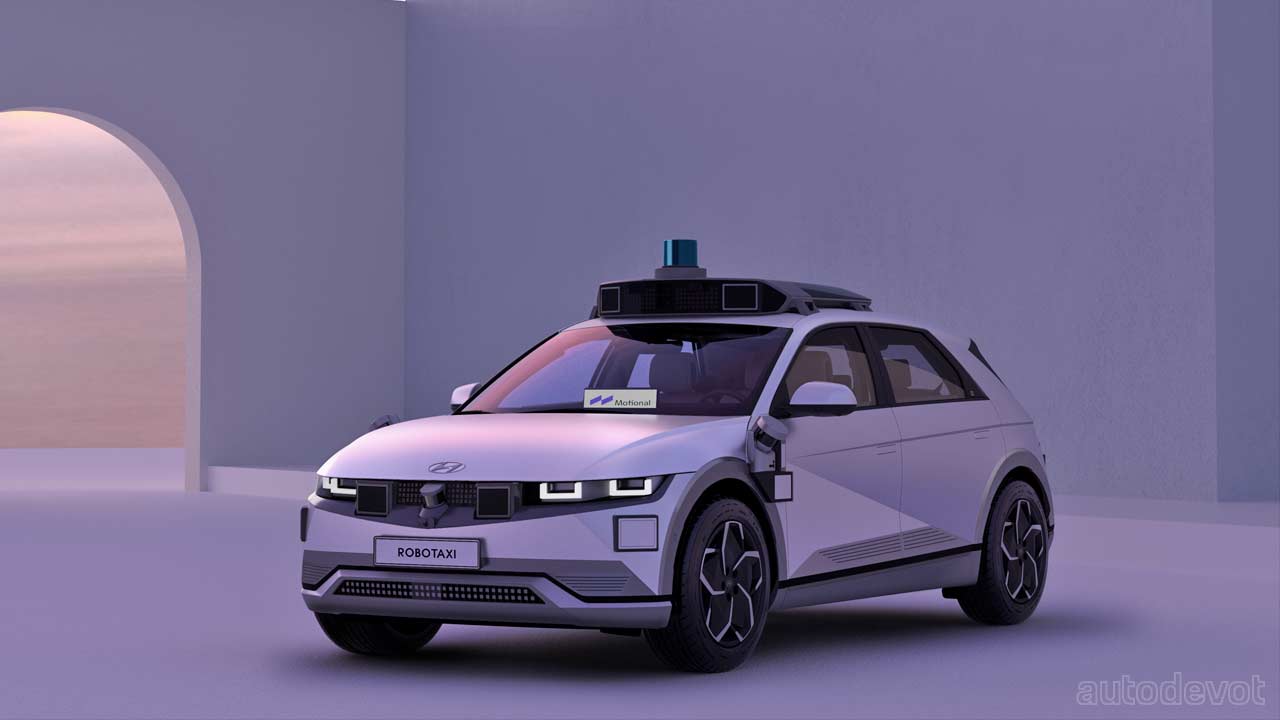 Hyundai has partnered with Boston-based tech firm Motional to reveal a robotaxi based on Ioniq 5, with plans to deploy them into public ride-hailing service in 2023 in partnership with Lyft. These robotaxis are claimed to be capable of up to SAE Level 4 autonomous driving. 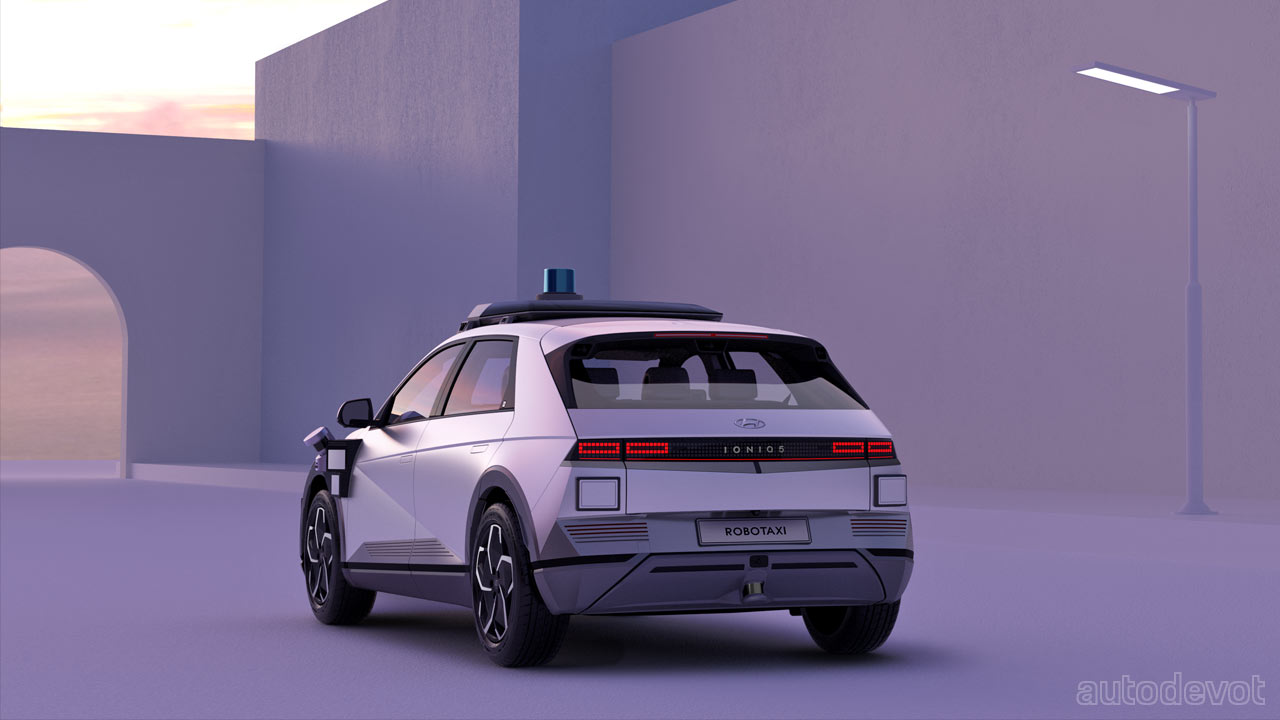 Besides enjoying a spacious cabin, the passengers will be able to interact with the vehicle during their ride, such as directing the robotaxi to make an extra stop.

For the Ioniq 5-based robotaxi, we have applied various redundancy systems, in addition to a suite of essential technologies to ensure safety and convenience of the passengers. By successfully integrating the Group’s Ioniq 5 robotaxi with Motional’s autonomous driving technology, we are proud to announce that we have achieved another important milestone on the road to the commercialization of our robotaxi. – Woongjun Jang, Head of the Autonomous Driving Center at Hyundai Motor Group