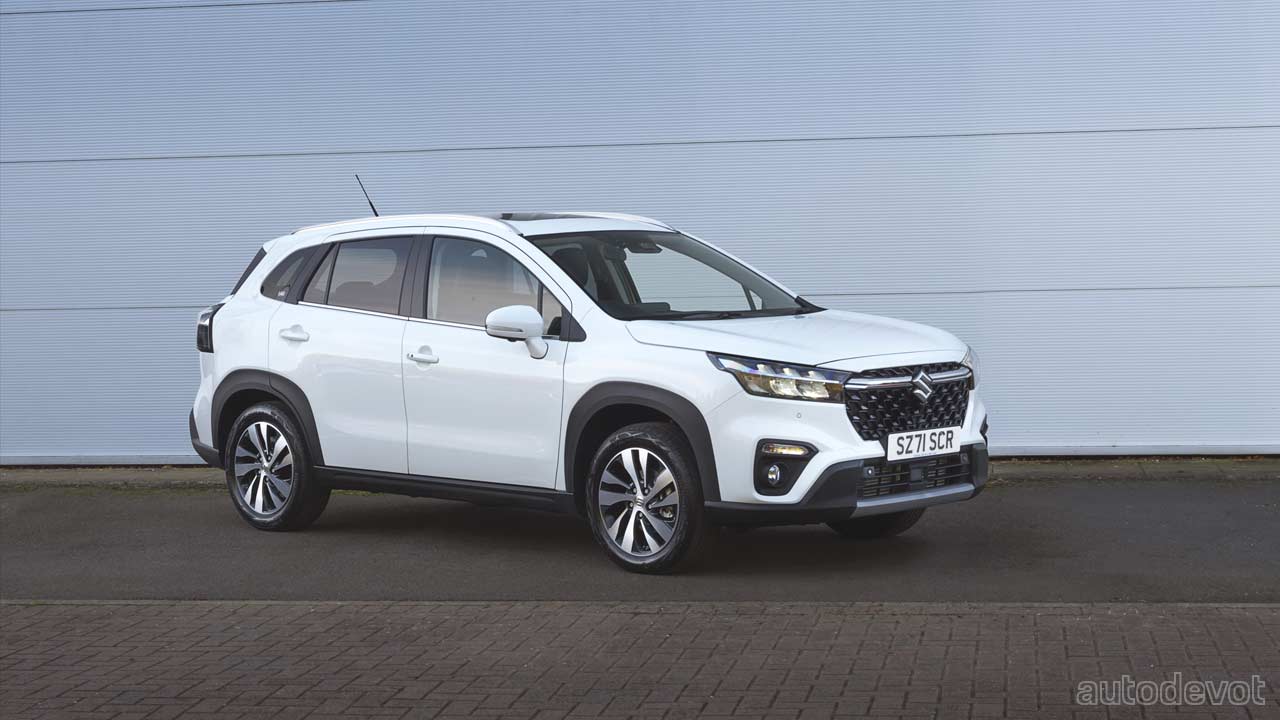 Suzuki has taken the wraps off the 3rd generation S-Cross for the European markets. The crossover will be manufactured at Suzuki’s Hungarian facility (Magyar Suzuki) and is expected to go on sale in January 2022 with a starting price tag of £24,999 in the UK. AWD model is priced at £29,799. There are plans to export to Latin America, Oceania and Asian markets as well. At the time of publishing this story, there was no word from Maruti Suzuki on the new S-Cross launch in India. 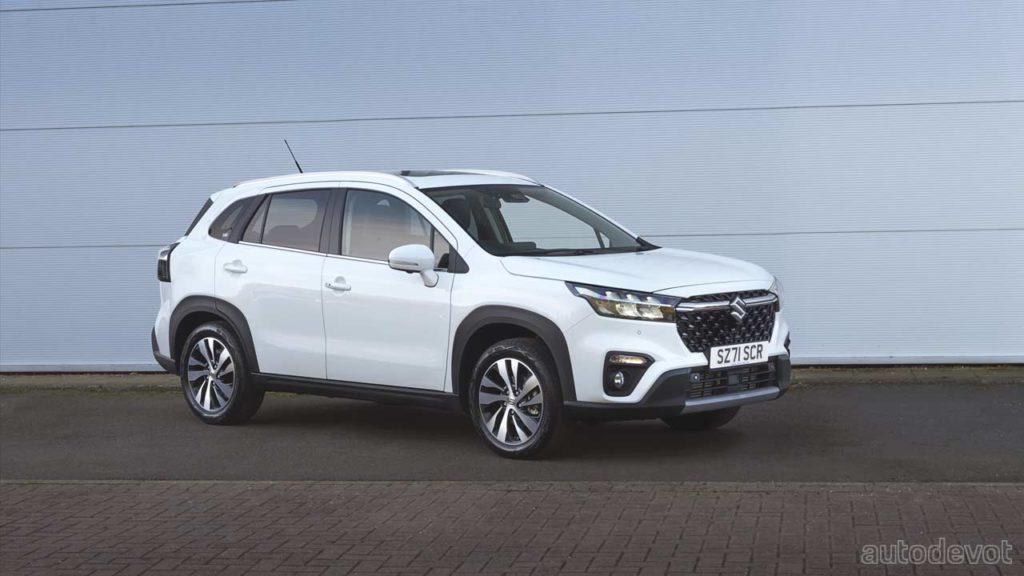 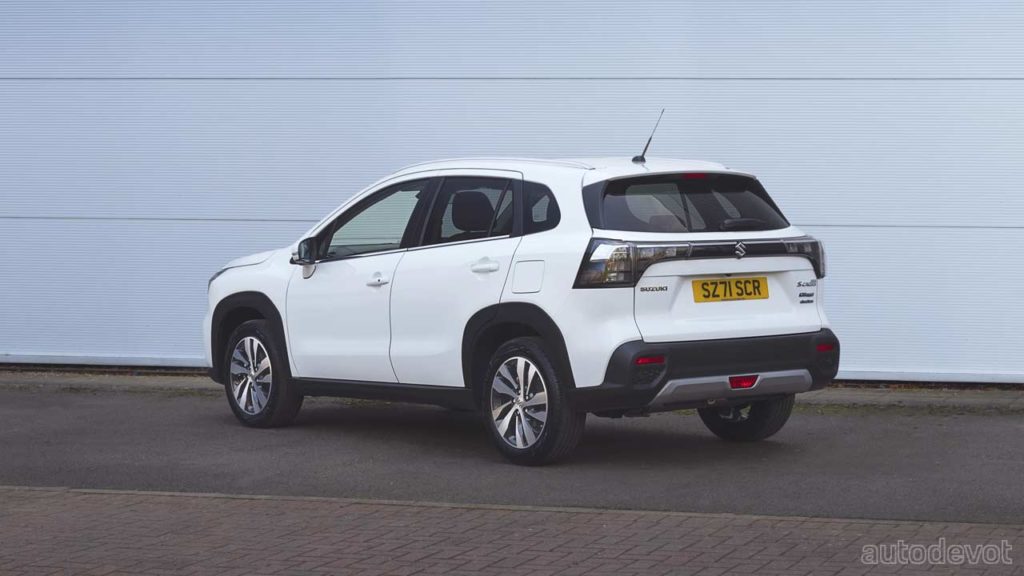 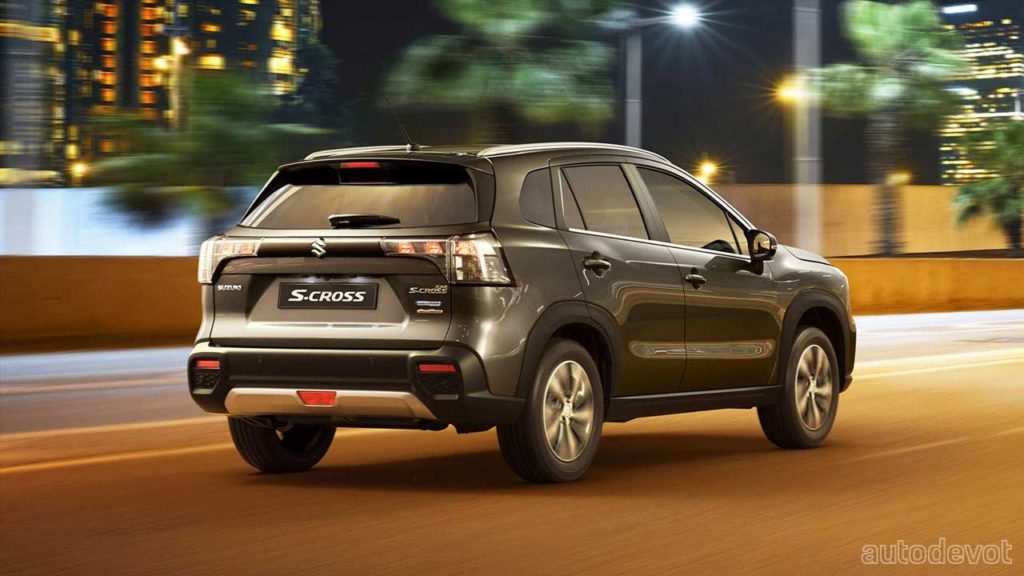 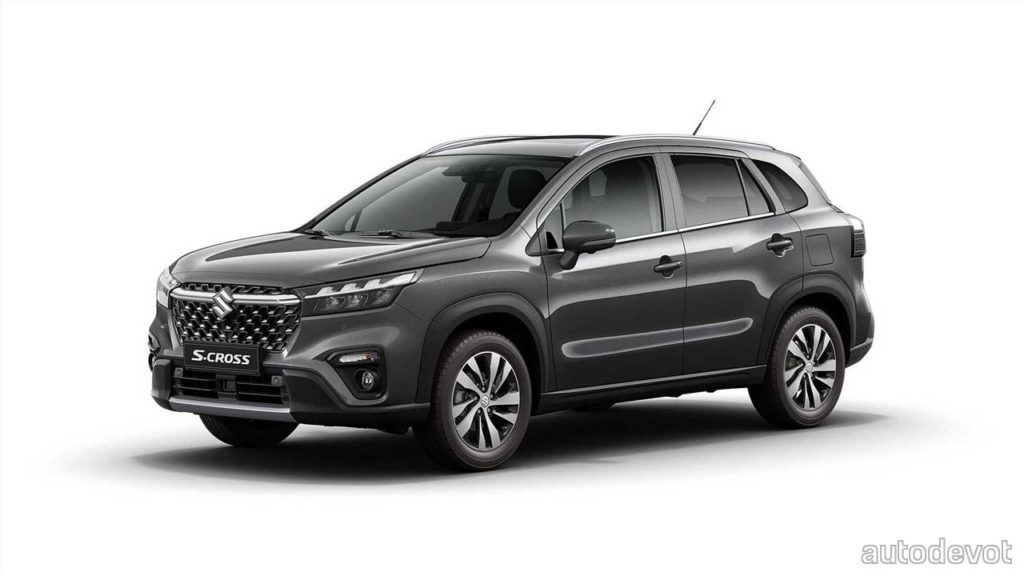 As for the styling, the S-Cross now looks like a proper crossover/SUV as opposed to oversized hatchback looks of the outgoing model. It sports a raised bonnet line with an upright front fascia. The chrome bar that sort of connects the upper section of the new LED headlights makes the front fascia look fairly tasteful. The side profile looks neat with smooth flowing lines, while more angular wheel arches add the necessary crossover looks. And, I highly recommend potential new S-Cross buyers to black-out the A-pillars to make the vehicle look even better. The rear-end looks fairly contemporary with new taillights that are connected with a decorative bar. Also, notice how the aluminium roof rails look rather discreet, especially with white body color. Another highlight of the new S-Cross is a panoramic sunroof.

For those interested to know the dimensions, the new S-Cross measures 4,300 mm long, 1,785 mm wide and 1,585 mm tall, with a wheelbase of 2,600 mm. The example featured in the photos above is riding on 17-inch alloy wheels—which have a simple design. 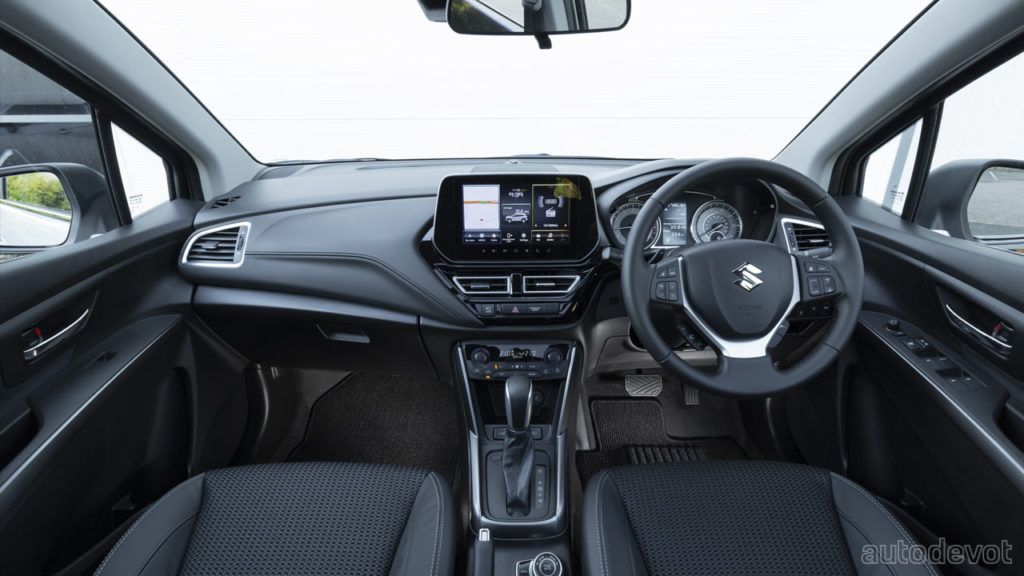 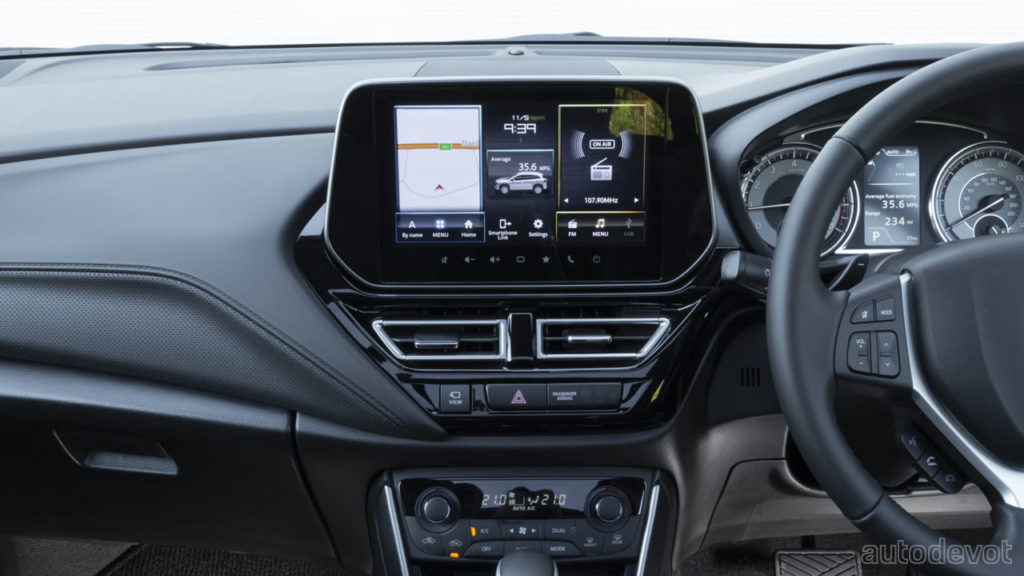 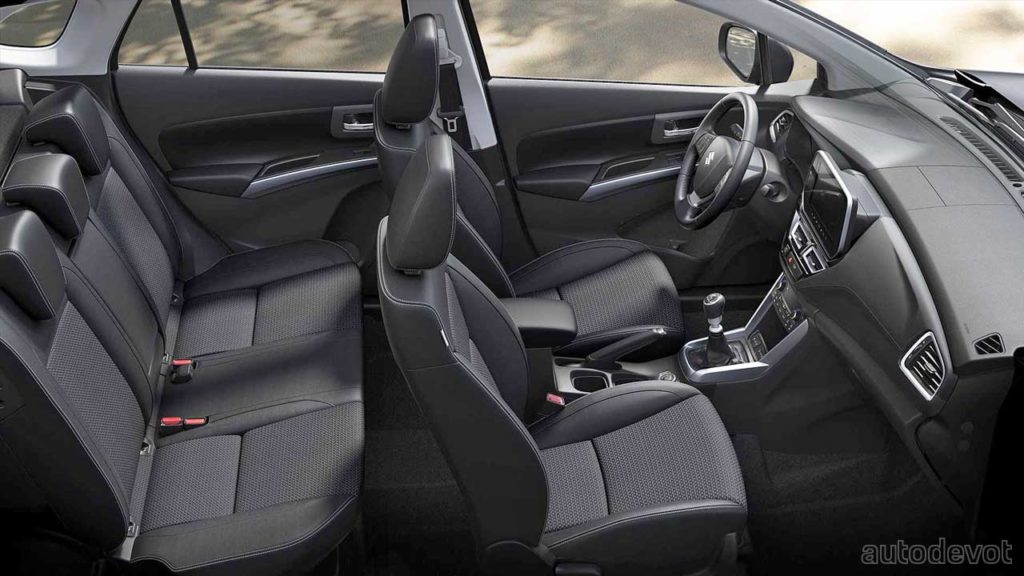 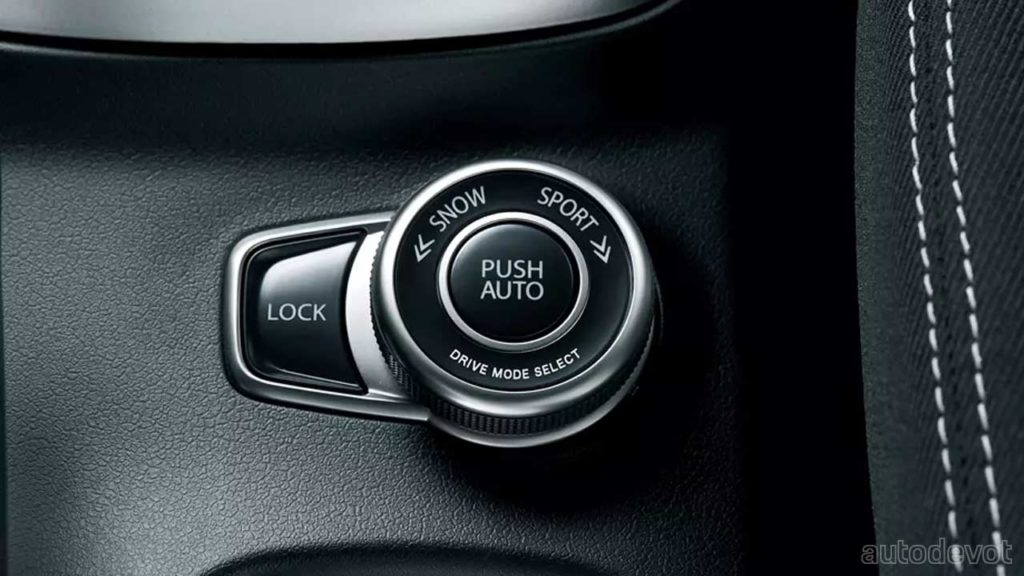 The cabin looks fresh with a new dashboard that has curves, swoops and swooshes. While the steering wheel is an old one, there’s a new 9-inch floating-style central touchscreen. Notice how the touchscreen housing and the air vents underneath roughly form a hexagon. Anyway, other features include Apple CarPlay & Android Auto connectivity, dual-zone climate control, heated front seats, and a 360-view camera. The AllGrip AWD models come with a drive mode select knob in the centre console. 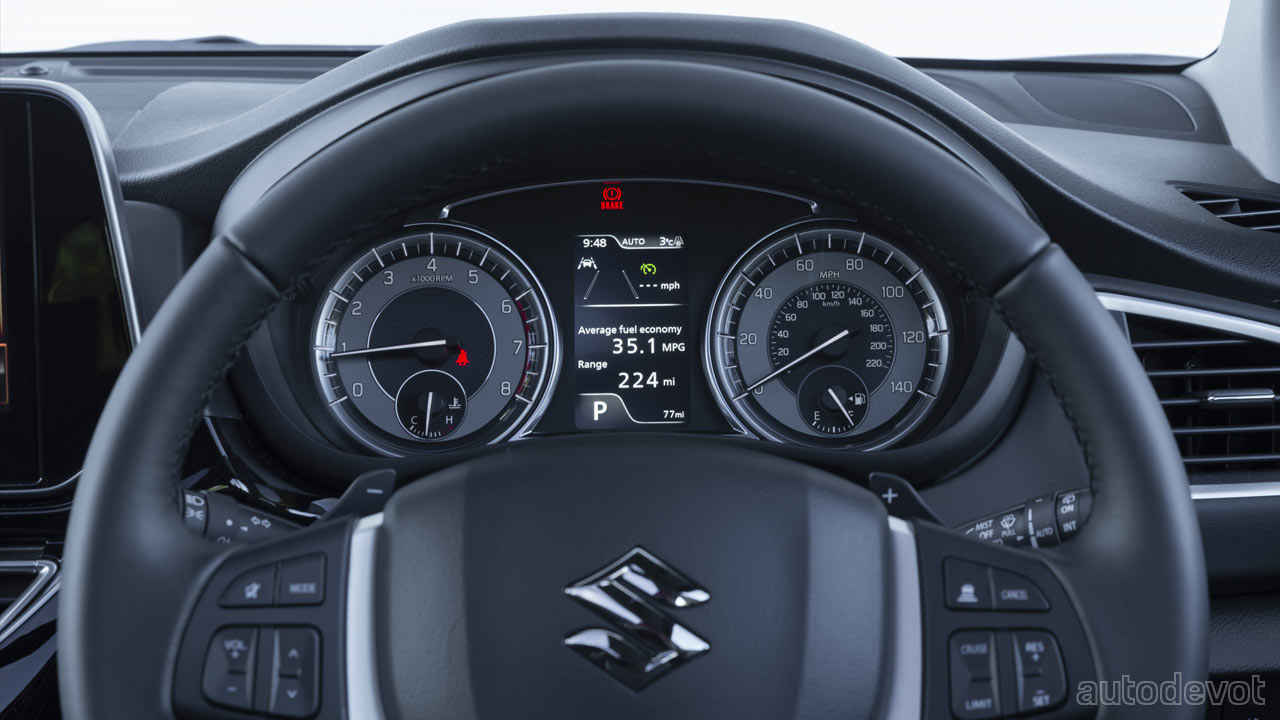 Transmission is a 6-speed manual, but a 6-speed automatic is optionally available—which in the UK costs an additional £1,350. The FWD model with a manual gearbox is claimed to be the lightest SUV in its class weighing 1,235 kg (2,723 lbs).