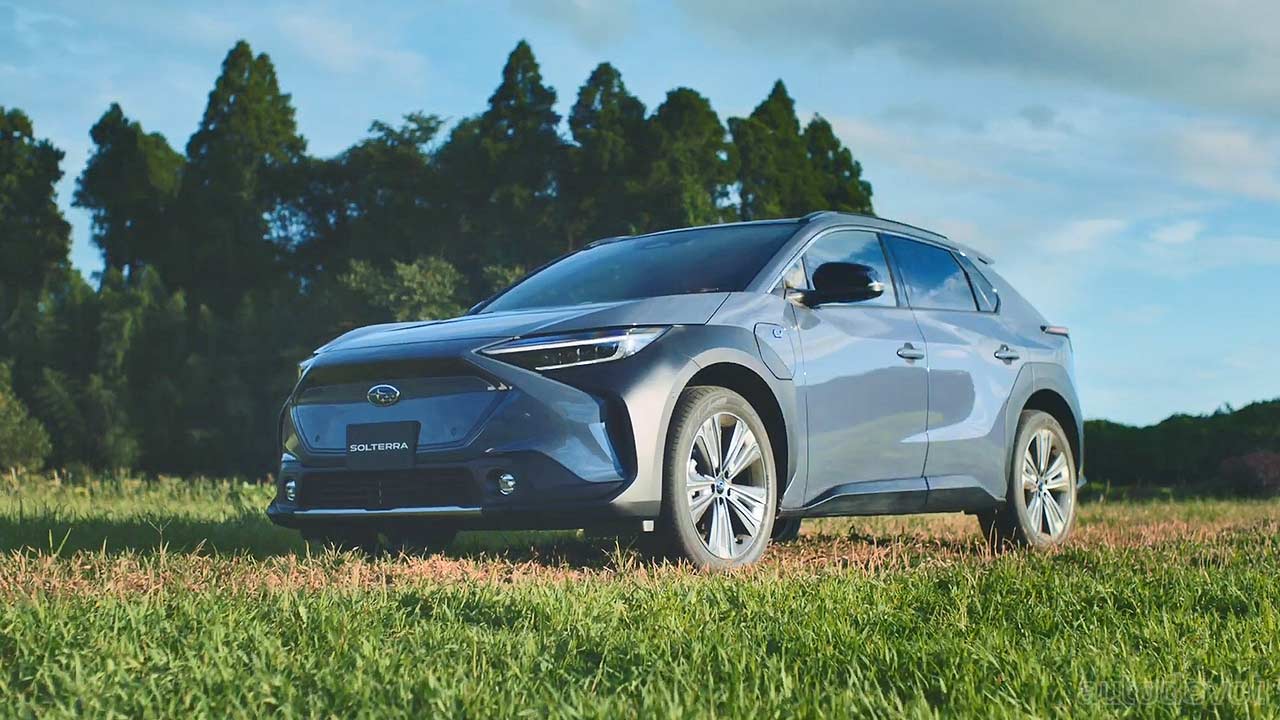 Subaru’s version of the Toyota bZ4X is all set to make its public debut at the Los Angeles Auto Show in a few days from now, but in the meantime, let’s take a brief look at what’s on offer. The name as you know is ‘Solterra‘ which is a portmanteau of Latin words for “Sun” and “Earth”.

Unsurprisingly, the Solterra looks identical to the aforementioned hard-to-remember Toyota nameplate, except for the front fascia where you’ll find some noticeable differences such as the hexagonal “grille” with the Subaru logo. Also, notice the lower grille flanked by fog lights—which are absent in the bZ4X for some reason. 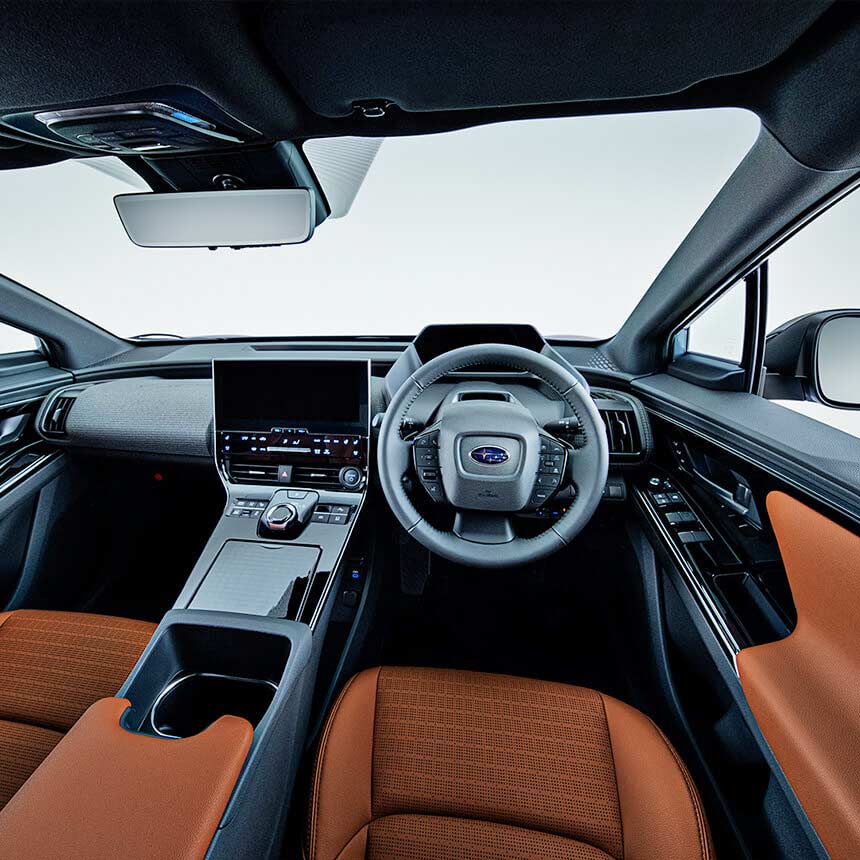 Obviously, the cabin too remains identical—as are the features. However, we are not sure at the moment if the Solterra too will receive the optional yoke-like steering. But anyway, let’s take a look at the juicy bits, which again, are identical.

Market launch is planned for mid-2022. Besides Japan, the Solterra is expected to be available in the United States, Canada, Europe and China as well.