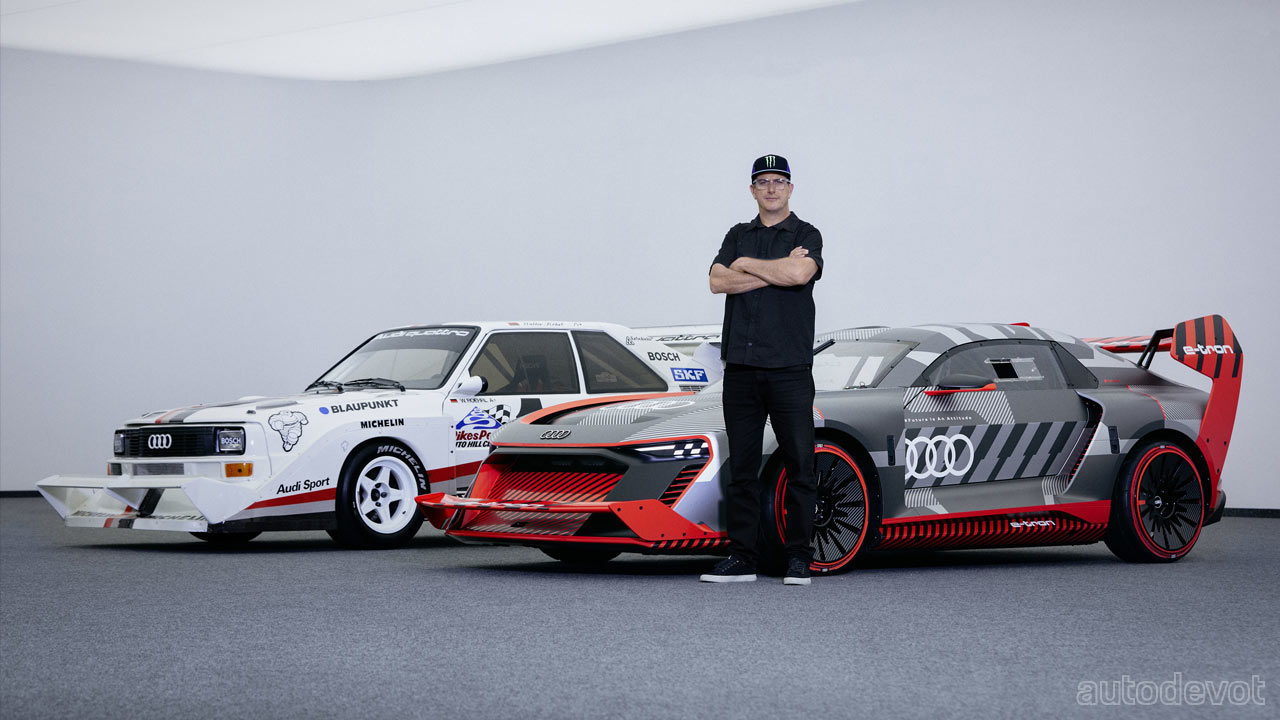 That’s right! Ken Block is producing a new “Elektrikhana” (working title) video, for which Audi has produced a one-off S1 Hoonitron—which of course, is a spiritual successor to the Audi Sport Quattro S1—which won the Pikes Peak International Hill Climb in 1987 with Walter Röhrl behind the wheel. 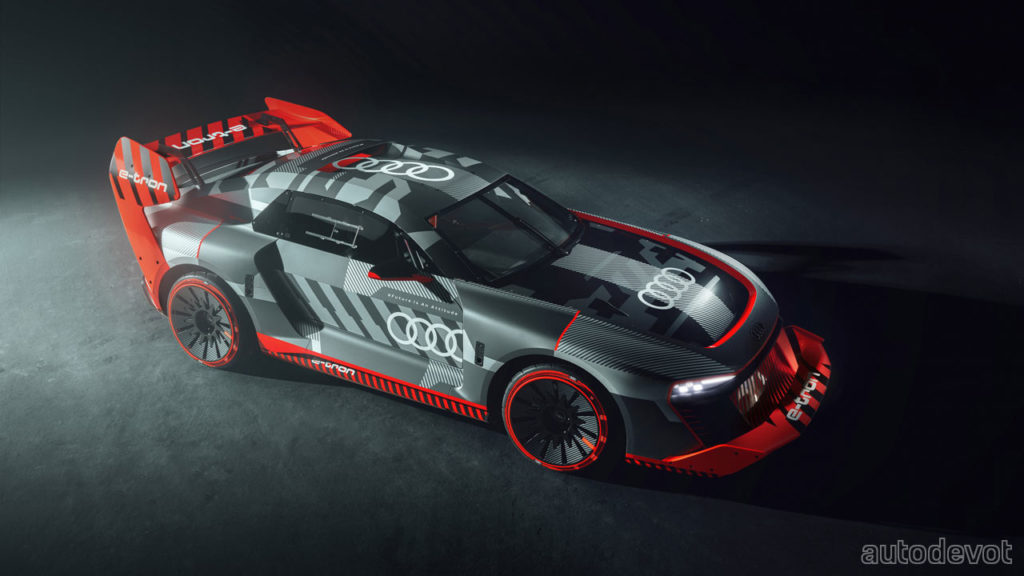 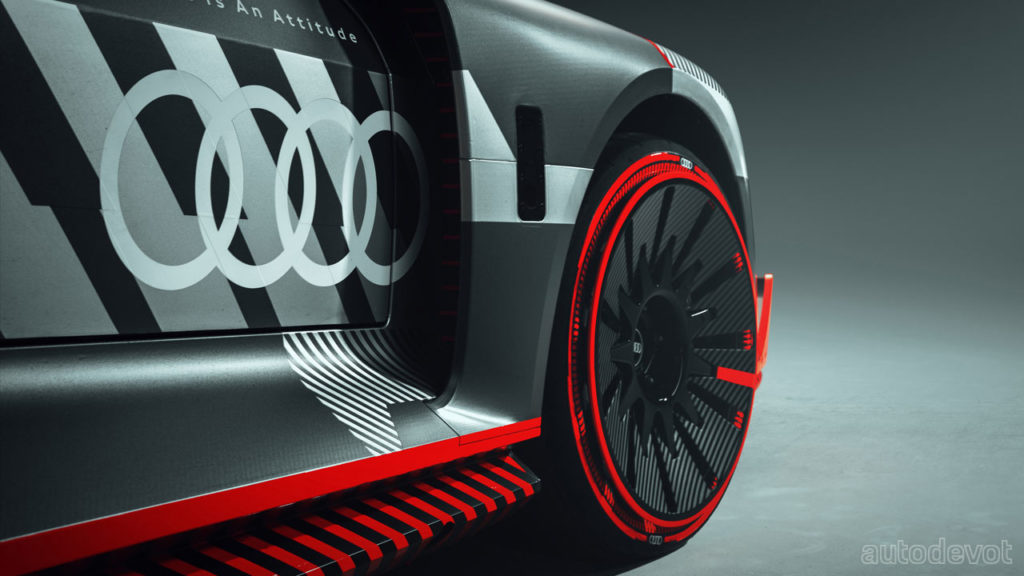 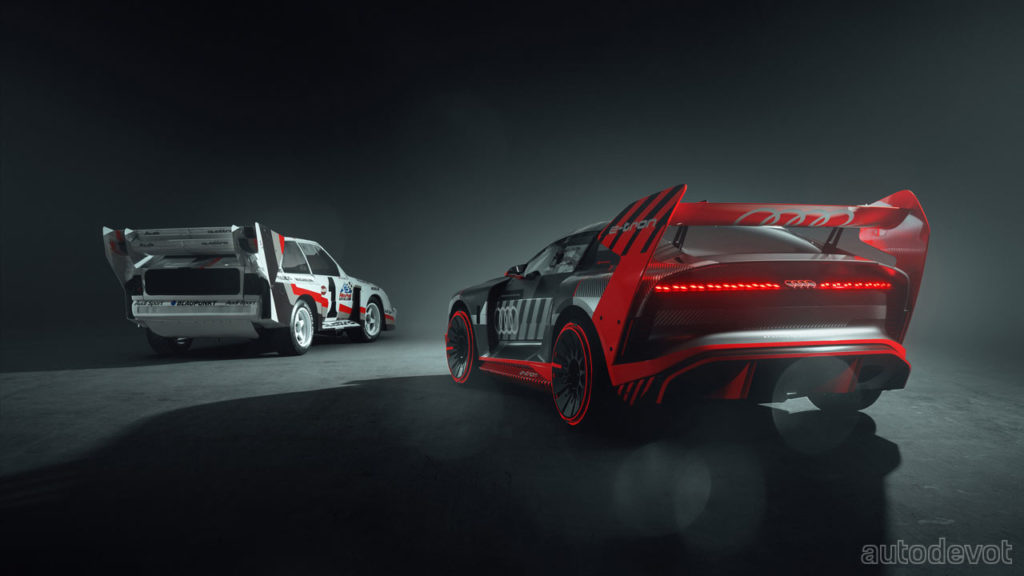 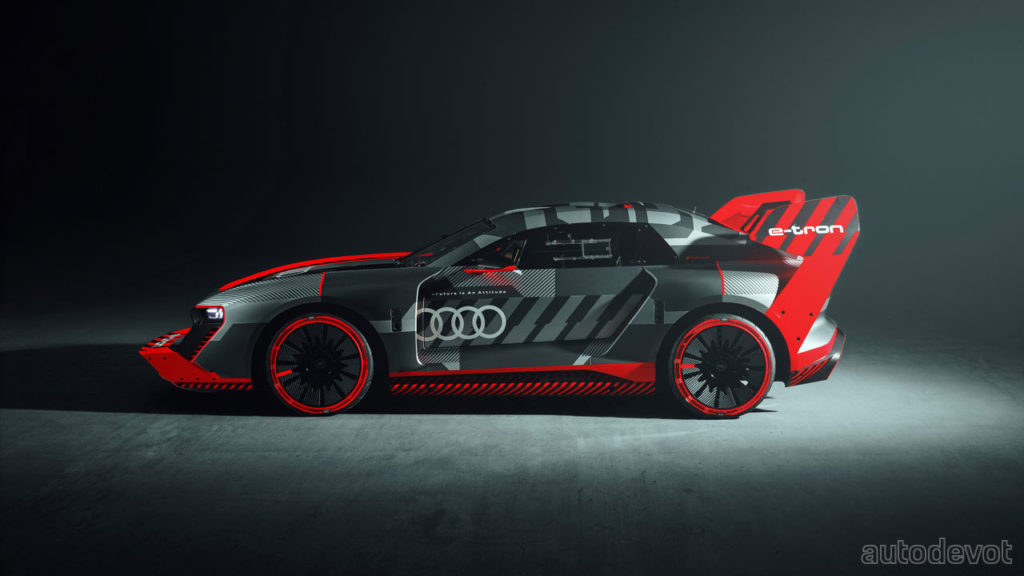 The S1 e-tron quattro Hoonitron has got an equally gigantic front wing, rear wing, front fender outlets and rear fender inlets as the Sport Quattro S1. Notice that the wheels have some kind of an aero cover. The car is built around a carbon fibre chassis, and features two electric motors, of course. Ken got to experience the car in November and he had the following to say –

Audi gave me the opportunity to test it for a few days in Germany. I’m familiar with a wide variety of cars using internal combustion engines and transmissions, but there were a lot of new things for me to learn here. Spinning into a donut at 150 km/h directly from a standstill—just using my right foot—is an all-new experience for me. Our work was focused on getting the car and I used to each other. My thanks go to the whole Audi Sport squad for their outstanding teamwork.

The development of the S1 Hoonitron took place at Audi’s Neckarsulm location where the RS e-tron GT is produced. Its styling, however, was done by Marc Lichte and his team in Ingolstadt.