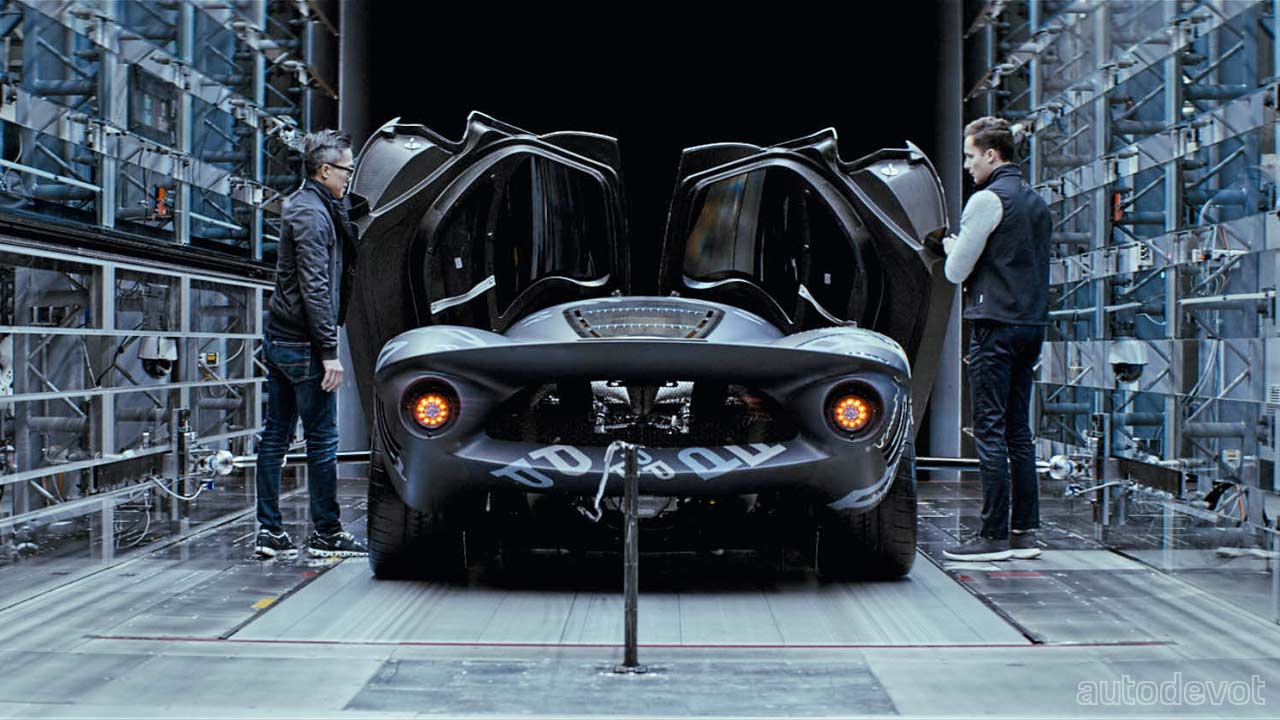 Italy’s De Tomaso brand which was revived in 2019 with the P72 sports car, has some exciting news to share. The company has teamed up with Düsseldorf-based automotive components supplier Capricorn Group to set up a state-of-the-art manufacturing facility at Nürburgring. In fact, the company said that the construction has already commenced and is expected to be completed in summer 2022, and P72 customer deliveries are scheduled to commence in the first half of 2023. 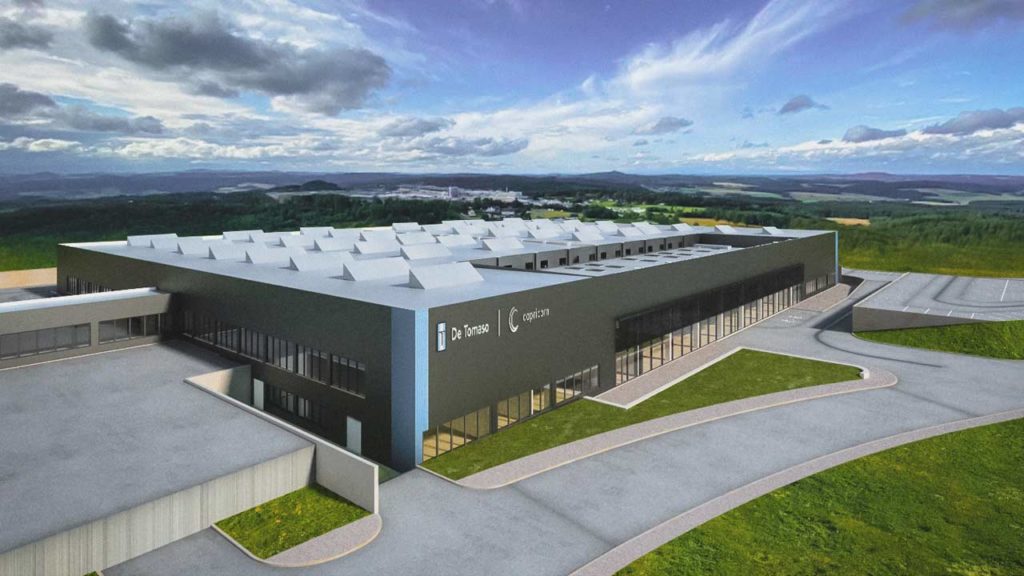 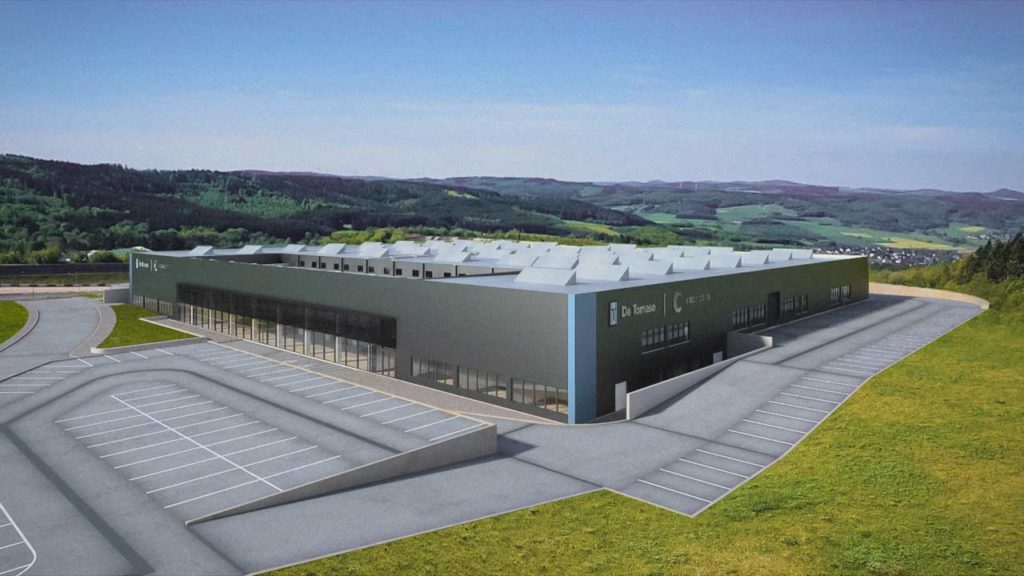 The renderings show a rather large facility for a boutique manufacturer, but it’ll most likely have everything De Tomaso needs. The company has been using the facilities of other OEMs so far. In October last year, a 1:1 scale model of the P72 was put through wind tunnel tests, and it was not just any wind tunnel, but Toyota’s Formula 1 wind tunnel in Cologne, Germany, which is said to be the most sophisticated wind tunnel in the world. De Tomaso’s upcoming facility might not have the same, sophisticated one as Toyota’s but maybe something that does the job quite well. 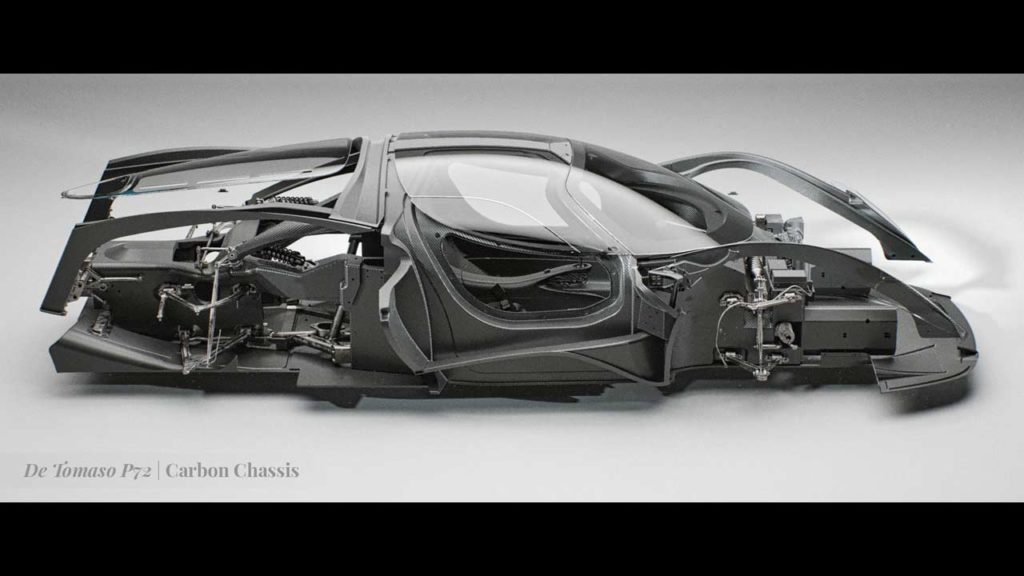 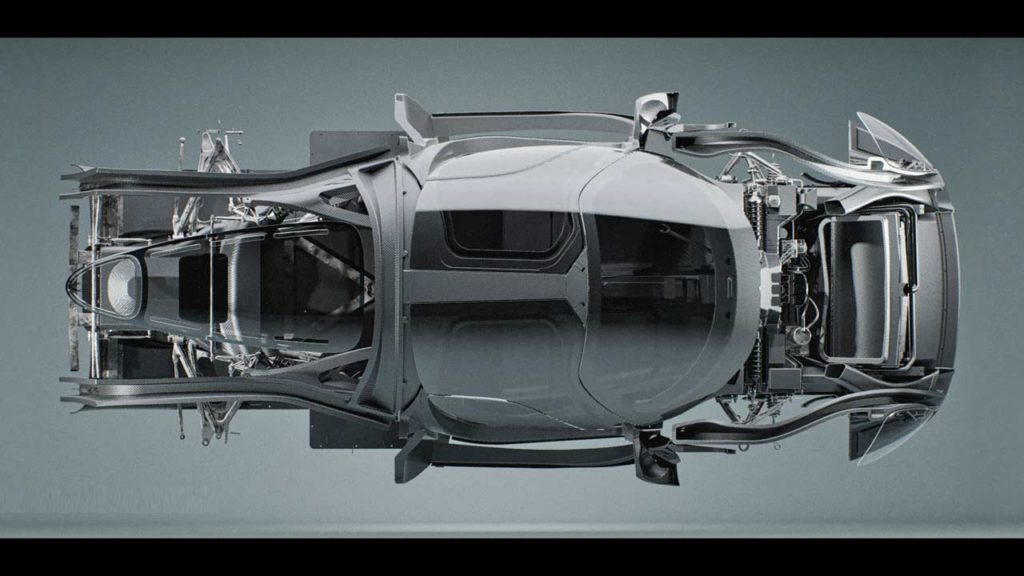 Another important update is the new carbon chassis, co-developed with Capricorn Group engineers who worked on the Porsche 919 Le Mans-winning LMP1 car. The original intent was to use the carbon chassis developed for previous projects as the basis for the P72, but over the course of P72 development, De Tomaso found areas on which to improve, which resulted in developing a new carbon chassis which is said to offer occupants an additional 100 mm of legroom and over 50 mm of headroom without changing the exterior proportions whilst respecting homologation requirements. Also, the new chassis is said to significantly lower the P72’s center-of-gravity (COG).

De Tomaso said that in the coming months, it’ll build pre-series prototypes with which it’ll carry out the final stages of development and also crash testing, followed by the start of actual production for customers.

“Our P72 will not only be developed on but also produced at the legendary Nürburgring, providing unrivaled experience, quality and value for our clients,” said Norman Choi, Chairman, De Tomaso Automobili.

“The partnership allows us to collaborate with a proven, world-class leader, streamlining our operations and supply chain, as with Capricorn we can internalize our composite, componentry and foundry operations without creating unnecessary burdens,” added Ryan Berris, CEO/CMO, De Tomaso Automobili.