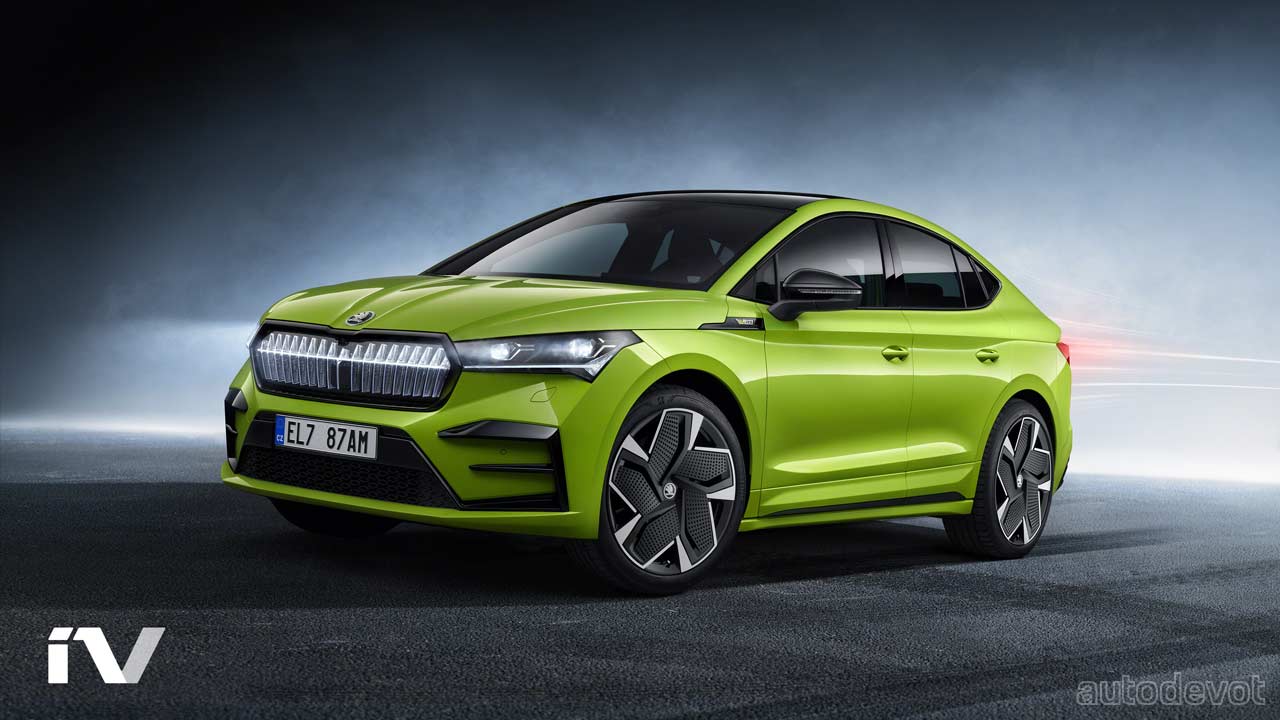 Skoda has taken the camouflage off the Enyaq Coupé iV—which is expected to go on sale later in Feb or March 2022. The electric coupe-SUV has already been listed on Skoda’s official European websites, but pricing is yet to be announced. The photos here showcase the regular Enyaq Coupé iV and the sporty Enyaq Coupé RS iV, but there’ll also be a Sportline version. 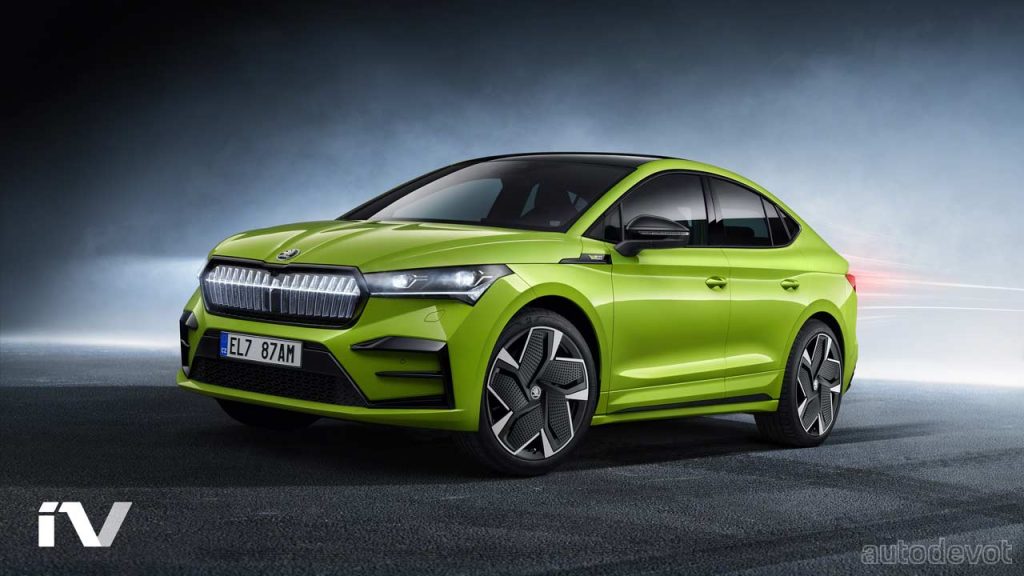 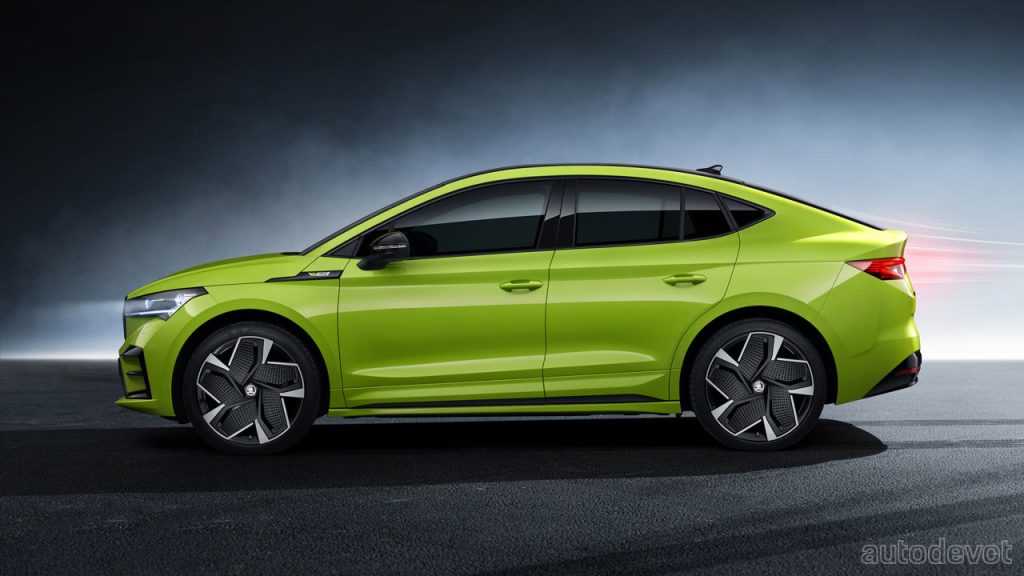 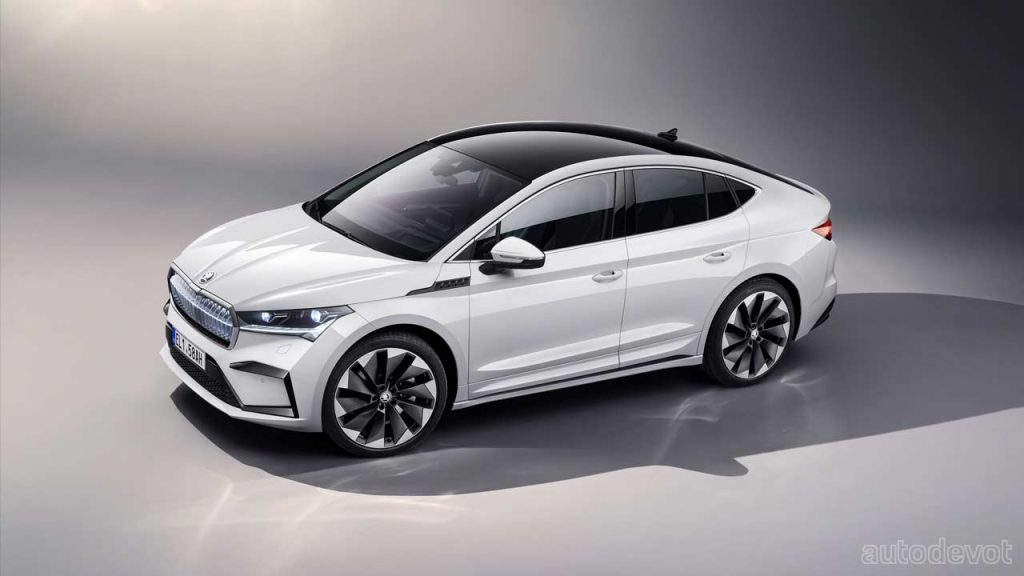 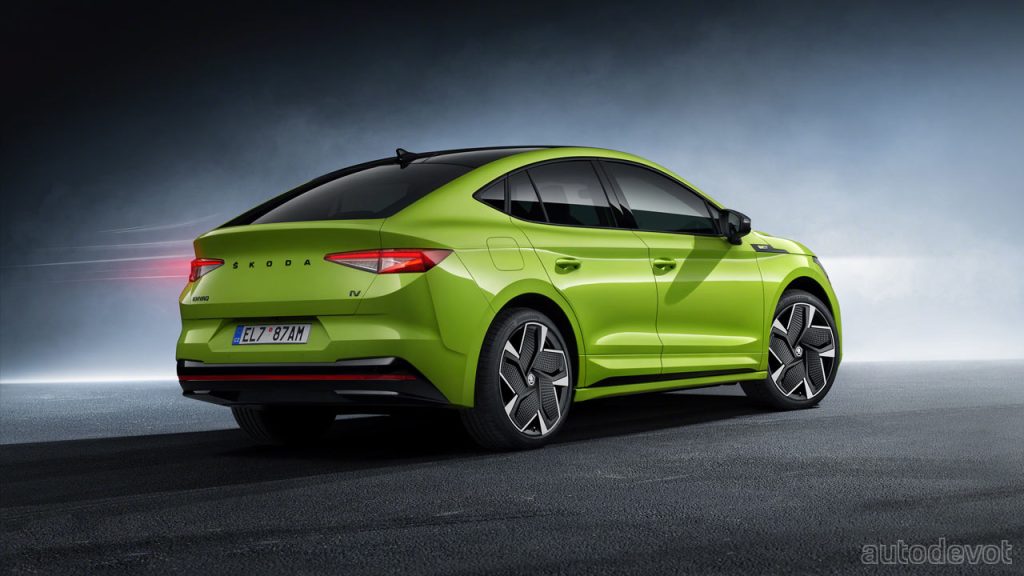 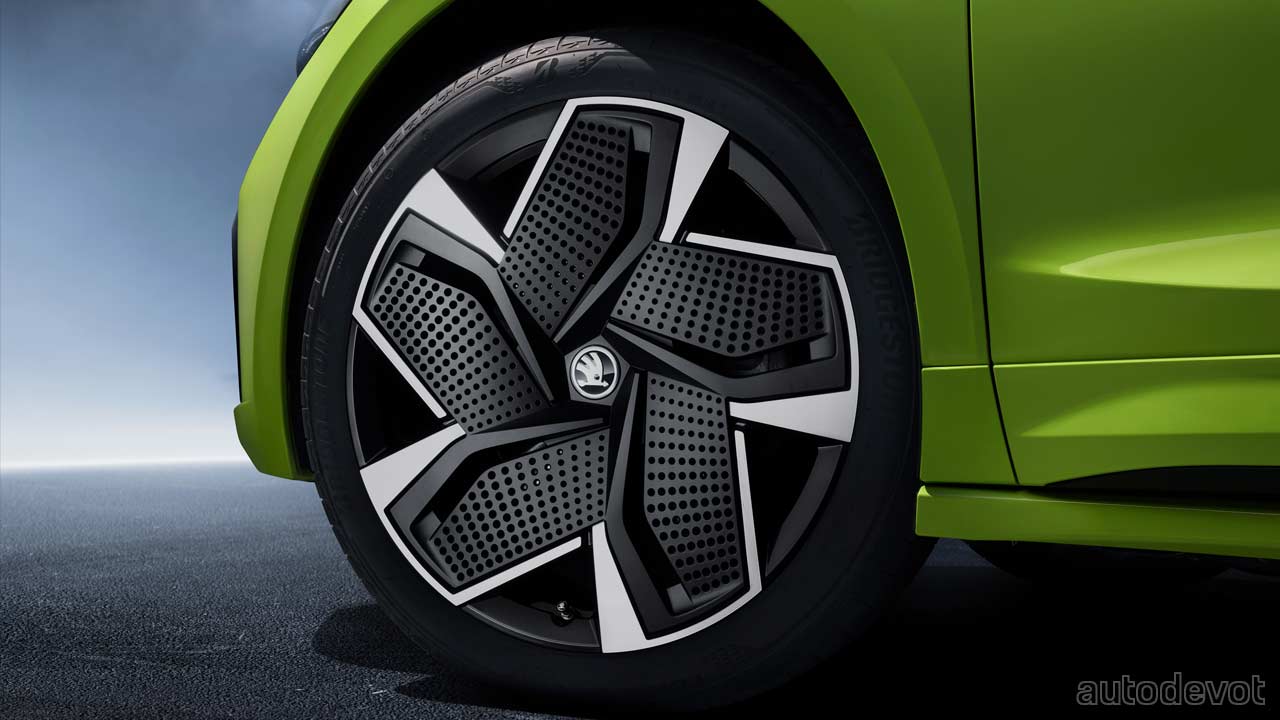 Visually, the front fascia of the Coupé looks pretty much identical to the regular model, but as you know, the former is all about that sloping roofline that ends in the middle of the tailgate. The RS model gets a model-specific bumper, gloss-black elements, 20- or 21-inch aerodynamic wheels, and exclusive Mamba Green color. A 131 LED-illuminated Crystal Face radiator grille is standard on RS but optional on other trims. Other key features include full LED Matrix headlights, LED taillights with dynamic turn signals, and a panoramic glass roof. Also, the chassis of both the Sportline and RS models have been lowered by 15 mm at the front and 10 mm at the rear. 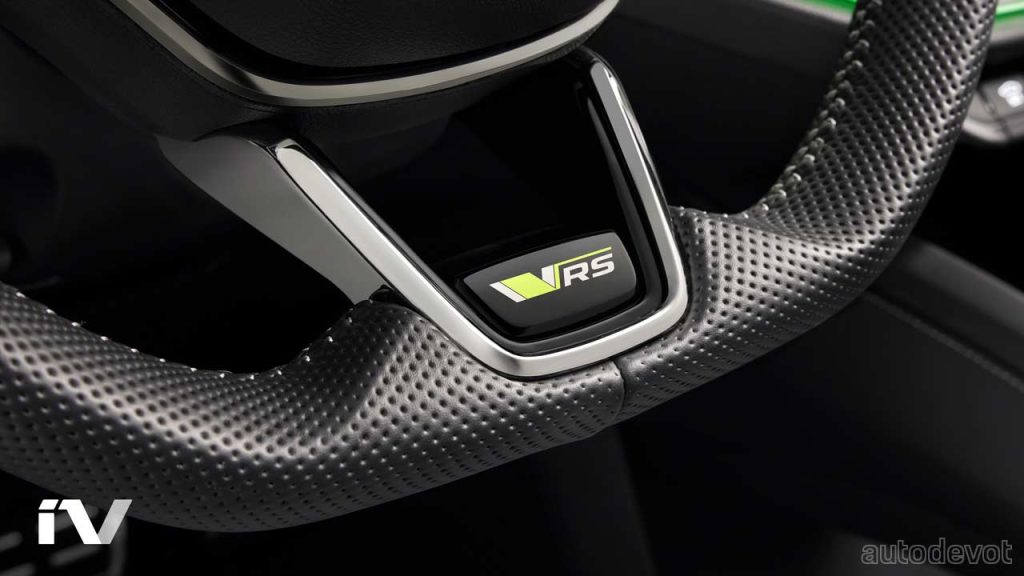 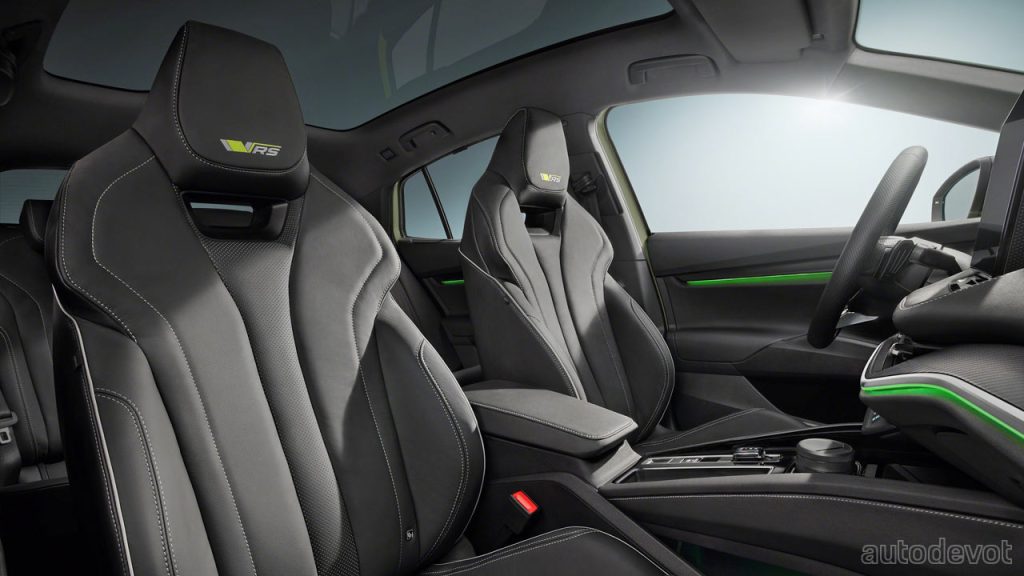 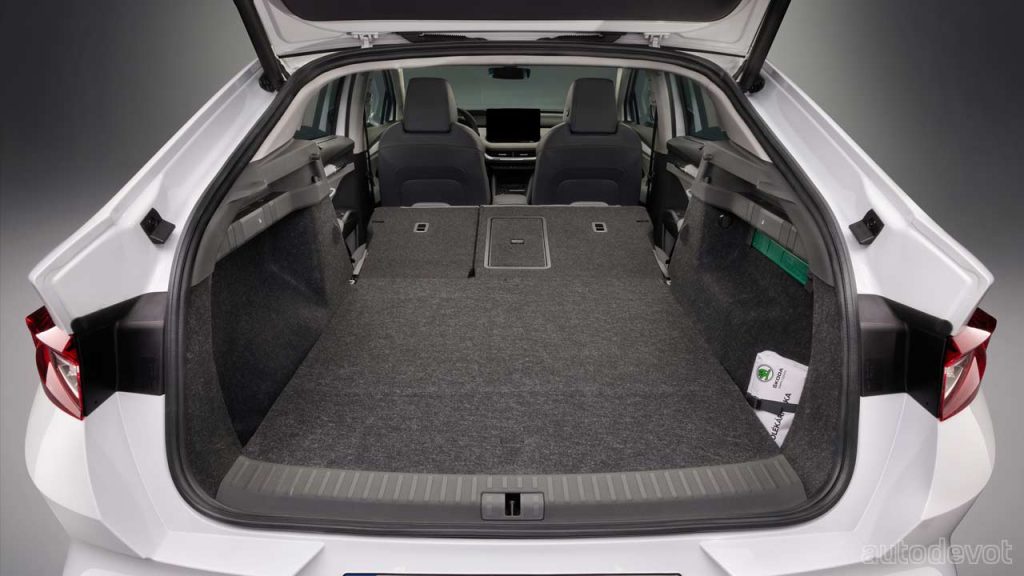 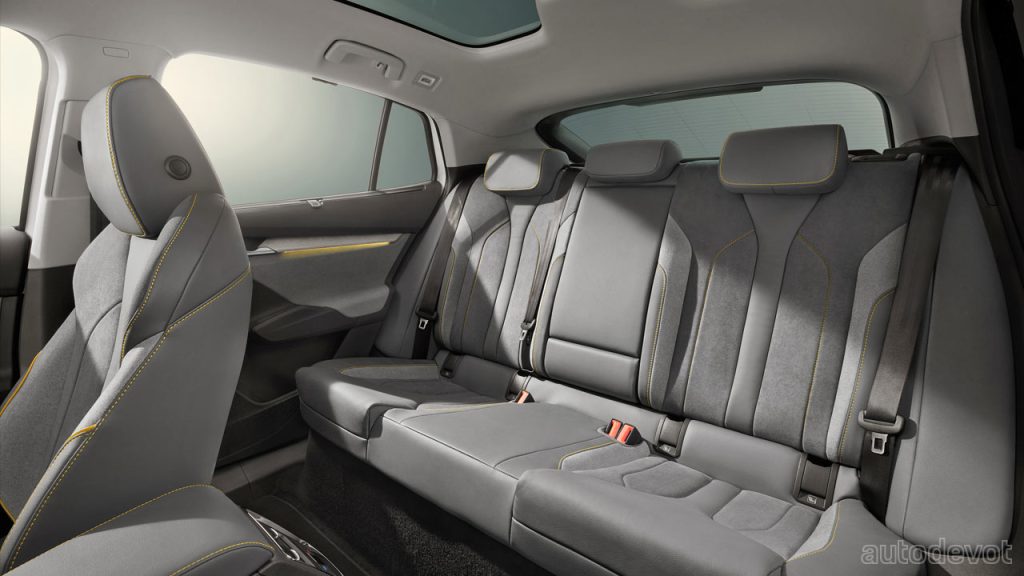 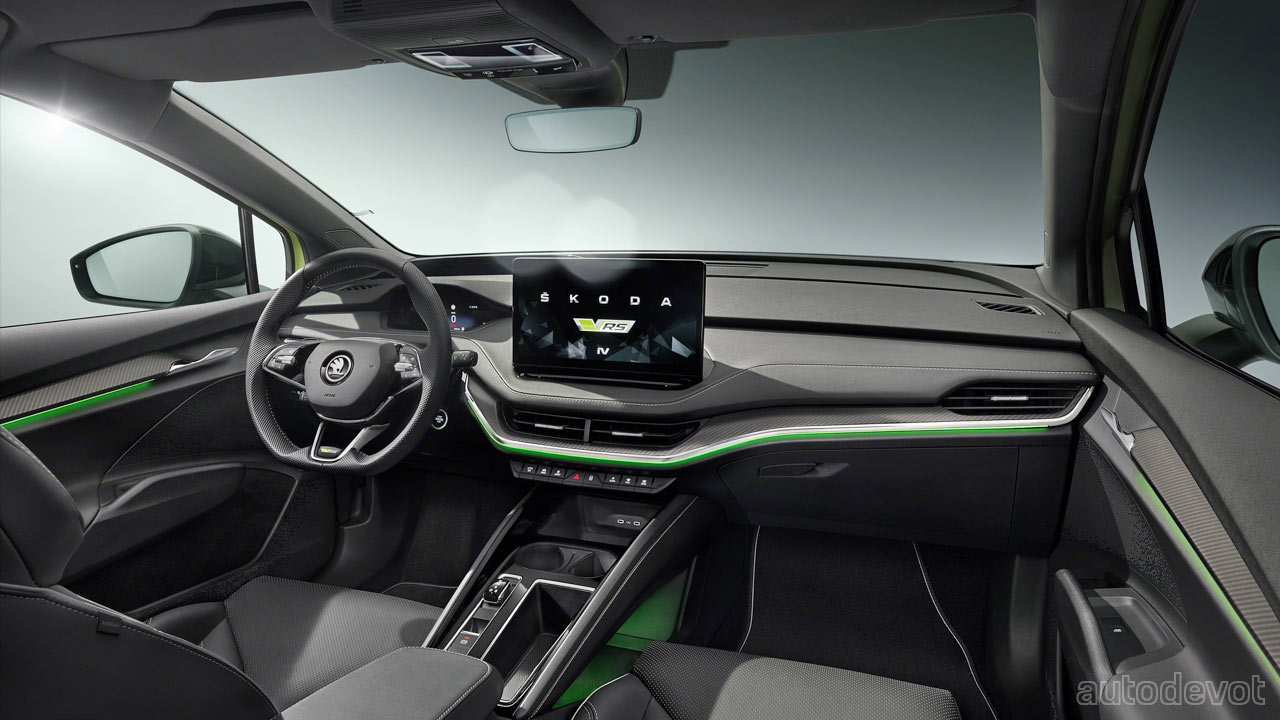 Inside, the Enyaq Coupé gets a flat-bottom steering wheel, with an RS branding on the RS model. The RS model also gets carbon fibre-like (fake carbon fibre) appliques on the door cards and dashboard, piano black appliques on the centre console, and sports seats upholstered in Suedia with lime green contrast stitching and piping. There are optional seat covers containing 40% natural wool and 60% recycled polyester. The rest of the features have been carried over from the regular Enyaq, including a large 13-inch infotainment display, a 5.3-inch Digital Cockpit, three-zone climate control, a head-up display with Augmented Reality, up to 9 airbags, and the usual ADAS suite. In standard configuration, the Enyaq Coupé iV boasts a luggage capacity of 570 litres. 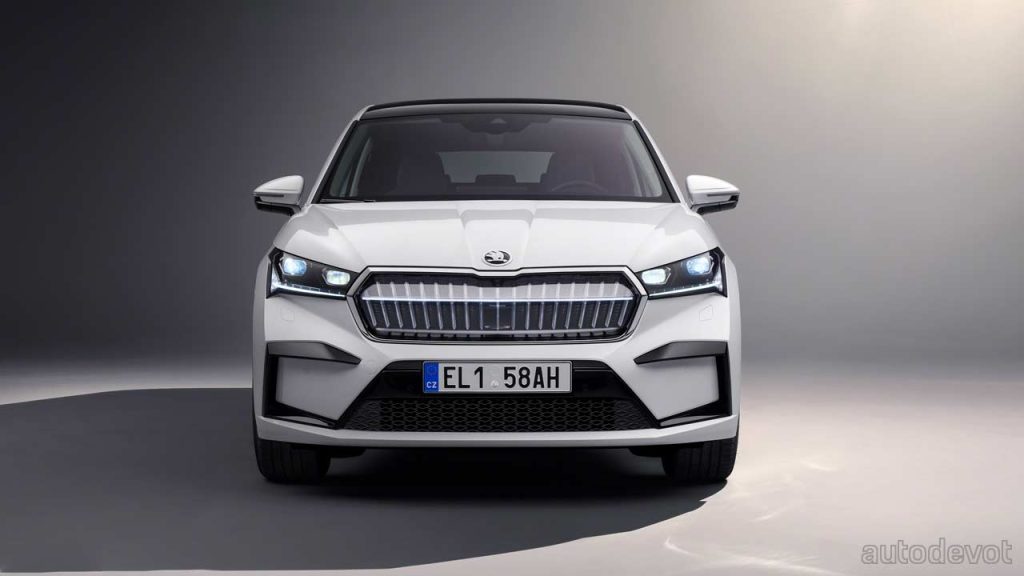 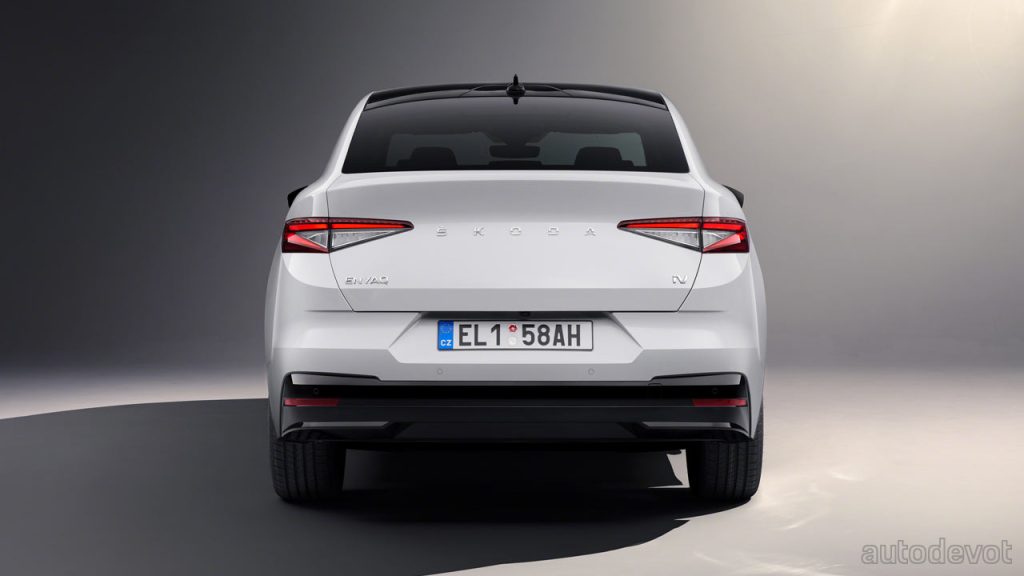 Moving on to the juicy bits of the story, the Enyaq Coupé iV offers two battery sizes and four power levels to choose from. The variants include (will update if any more variants are revealed):

The battery packs can be charged with up to 135 kW, and if found a DC fast charger, the 82 kWh pack is claimed to take about 29 minutes to get to 80% SoC from 10% SoC. At home, the Skoda iV Charger wallbox, which delivers up to 11 kW of AC power, is claimed to be capable of fully charging the car in 6 to 8 hours, depending on the size of the battery.