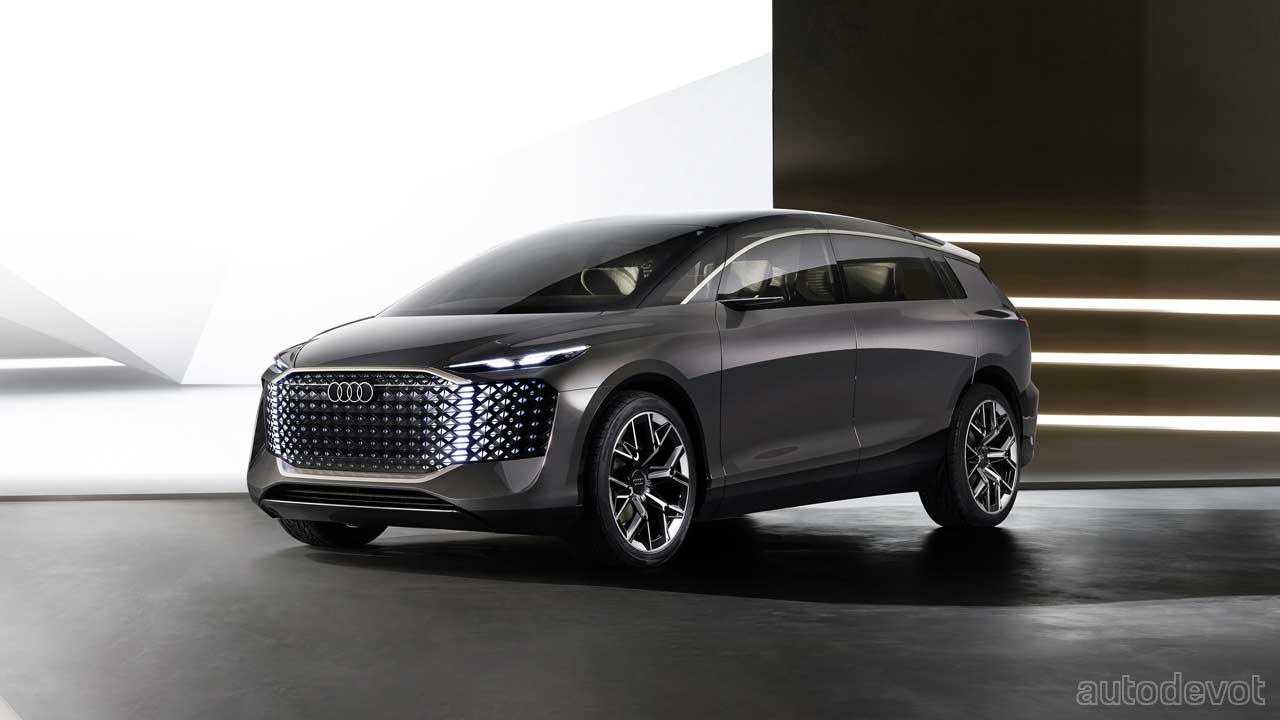 For a relaxed ride in a bustling metropolis.

Following the Skysphere and Grandsphere concepts, Audi has revealed the third “sphere” concept called Urbansphere. Because of course, after a two-door roadster concept and a four-door coupe concept, you need an MPV/minivan concept as well. An SUV bodystyle is also probably in the works, but we will wait for an official word on that. 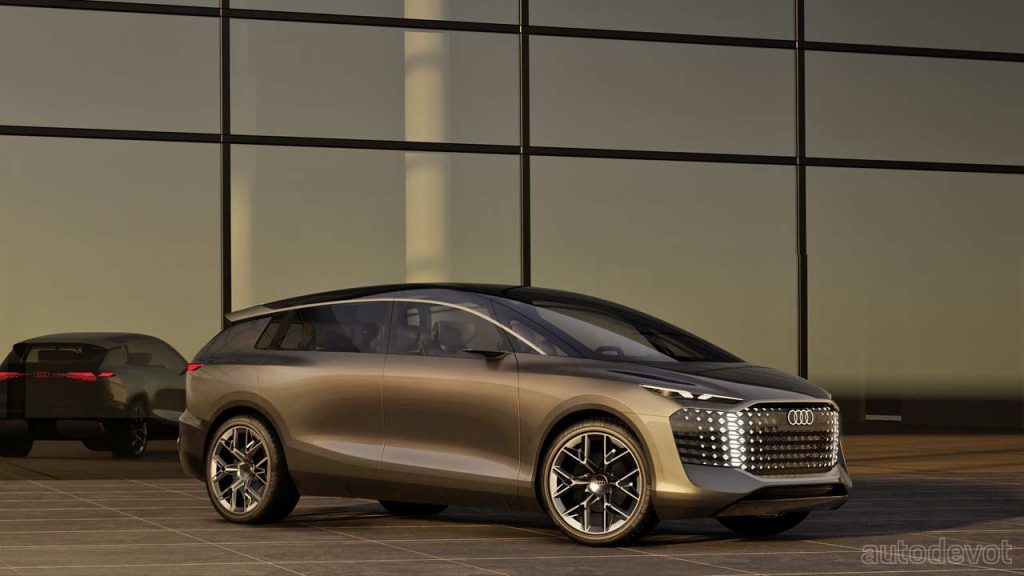 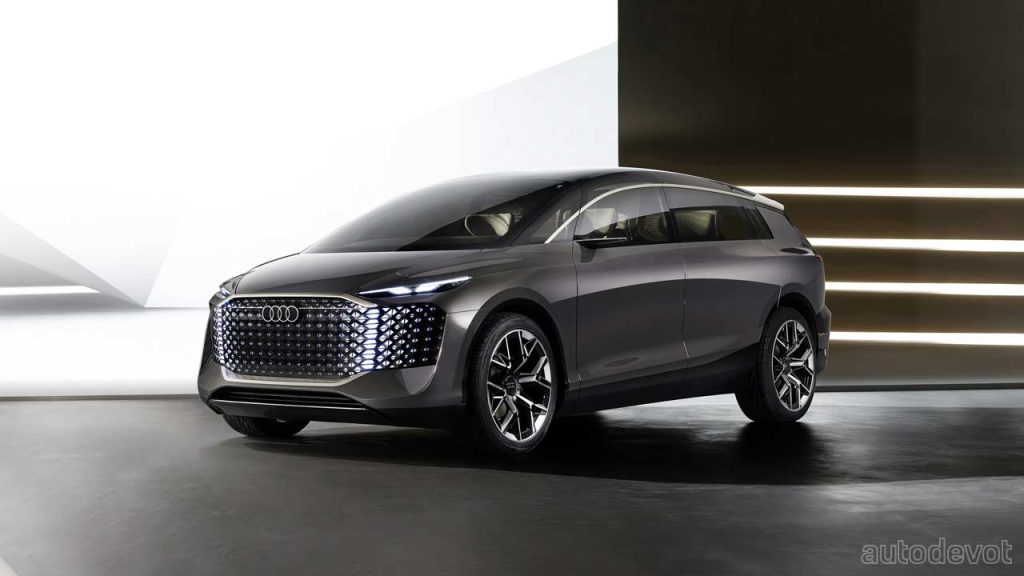 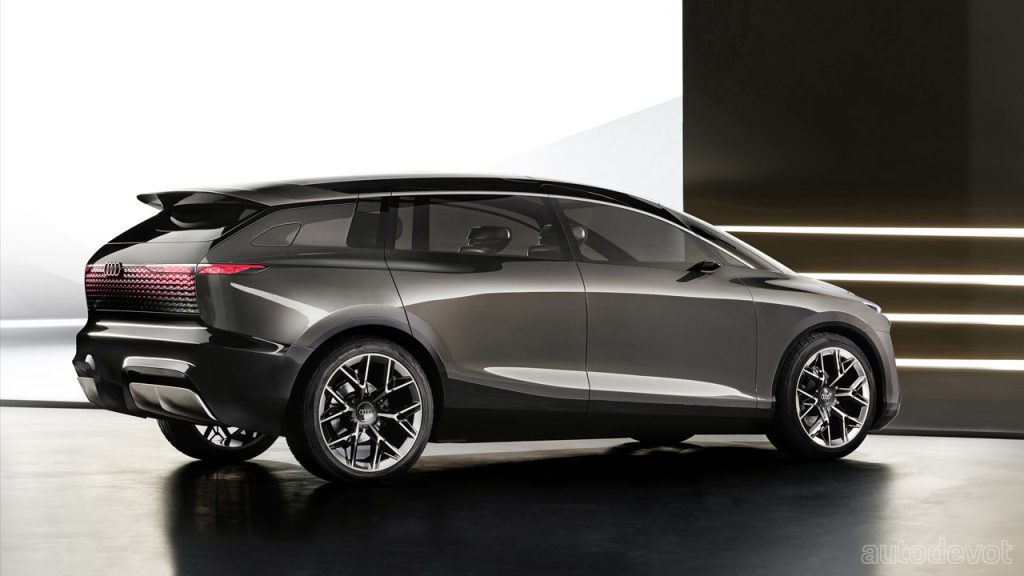 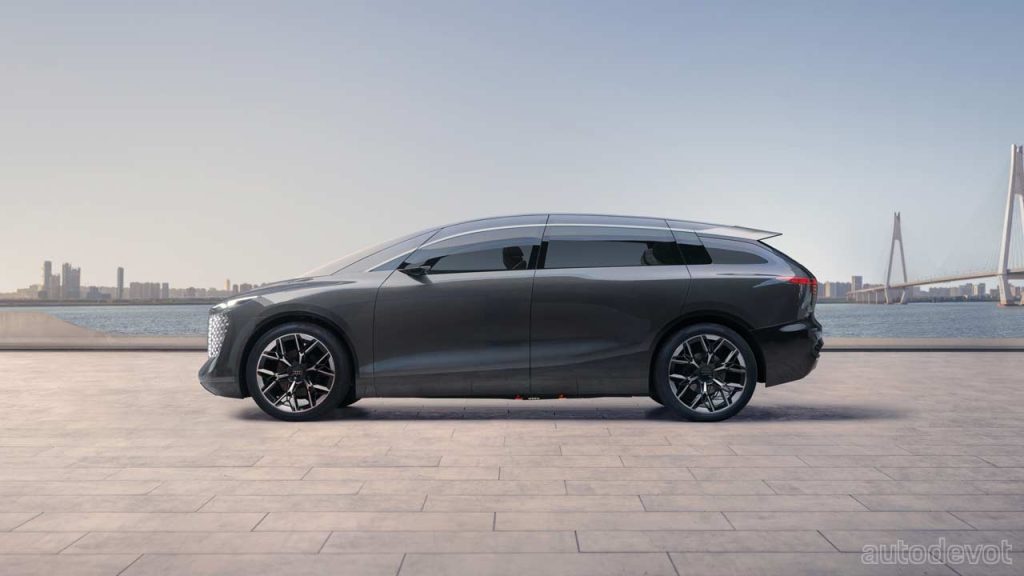 But anyway, Audi doesn’t appear to be comfortable in calling this an MPV or a minivan. Instead, it says that the Urbansphere is “a lounge on wheels and a mobile office, serving as a third living space during the time spent in traffic”. Apparently, the concept offers the largest interior space of any Audi to date. According to Audi, the Urbansphere was initially conceived for use in traffic-dense Chinese metropolis, but Audi reckons that the vehicle is also suitable for any other large city in the world.

The concept measures 5.51 meters long, 2.01 meters wide, and 1.78 meters high, with an equally generous wheelbase of 3.40 meters. The wheels measure 24-inches and are a modern take on those on the Audi Avus concept. 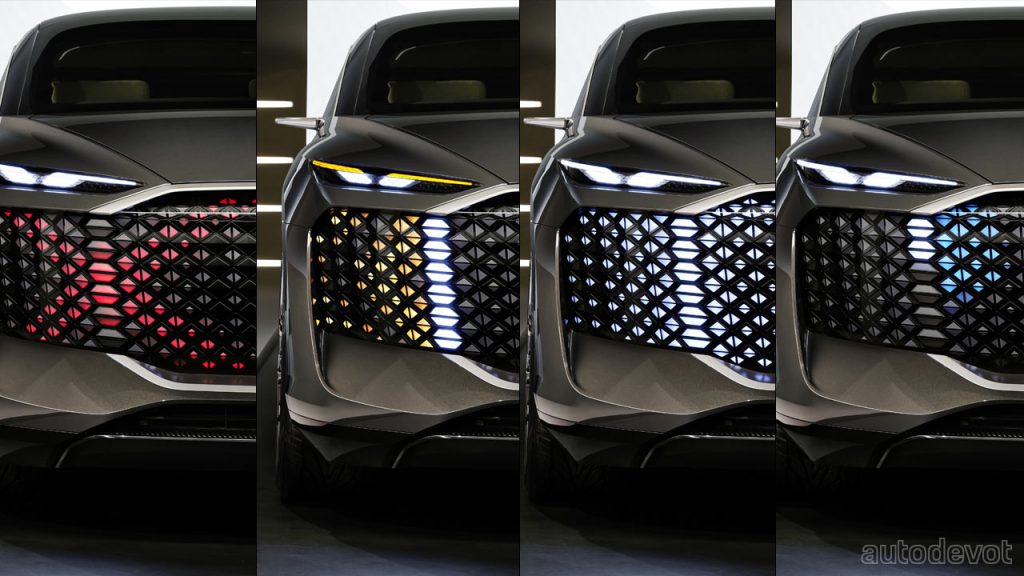 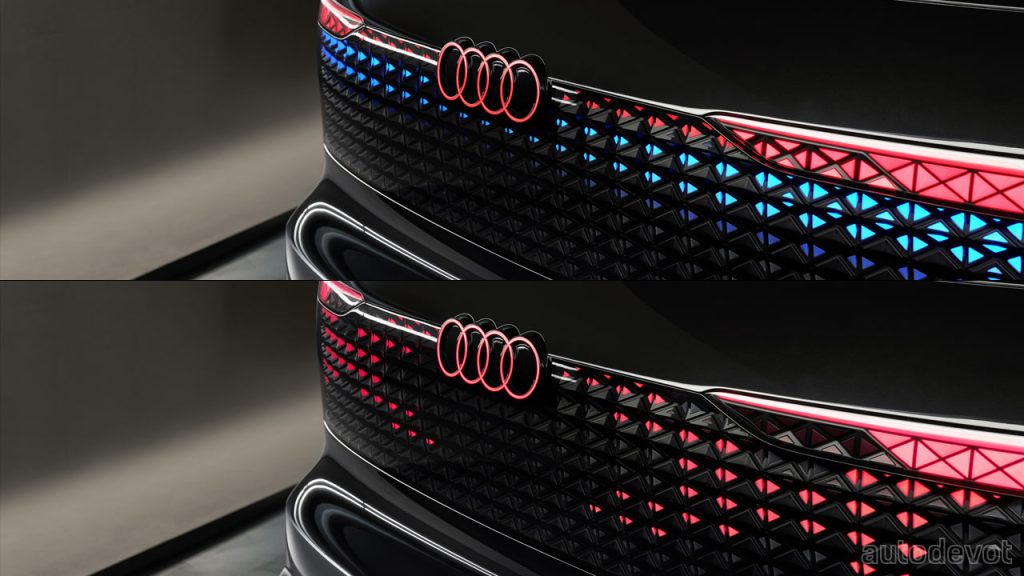 Will check out the interior in just a minute, but one of the key exterior features of the Urbansphere concept is the Audi Light Canvas, where the entire front of the vehicle has LEDs that can perform dynamic lighting effects to signal other road users. The rear-end also has a similar setup. Rear-wheel steering and adaptive air suspension (single-chamber air suspension system with semi-active damper control) are some of the other key features of this Urbansphere concept. 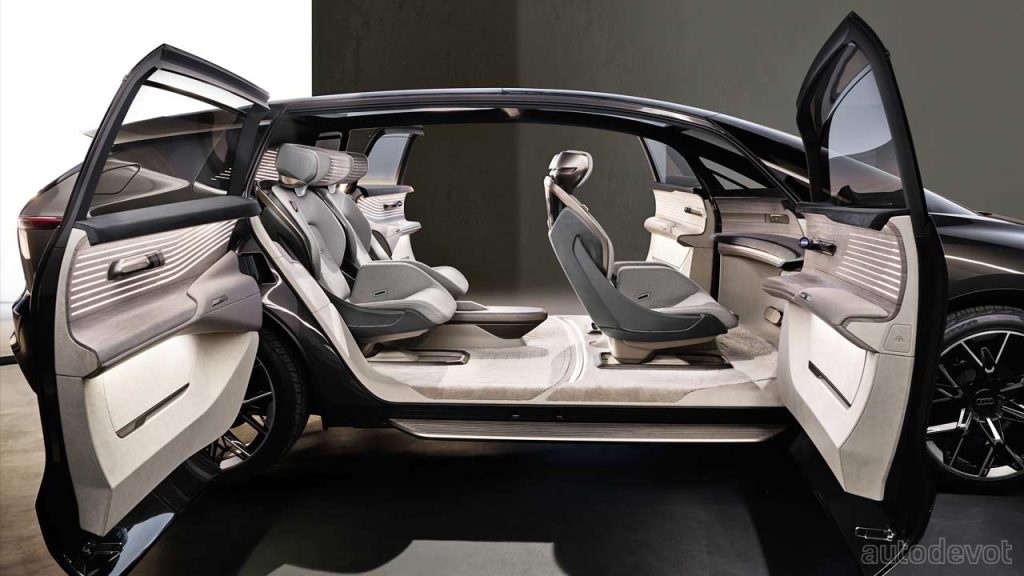 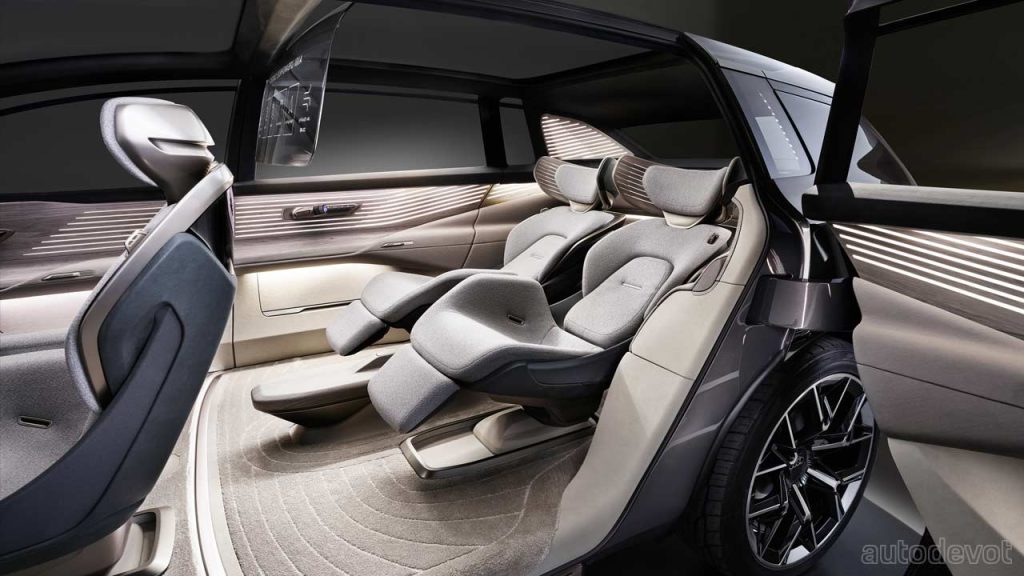 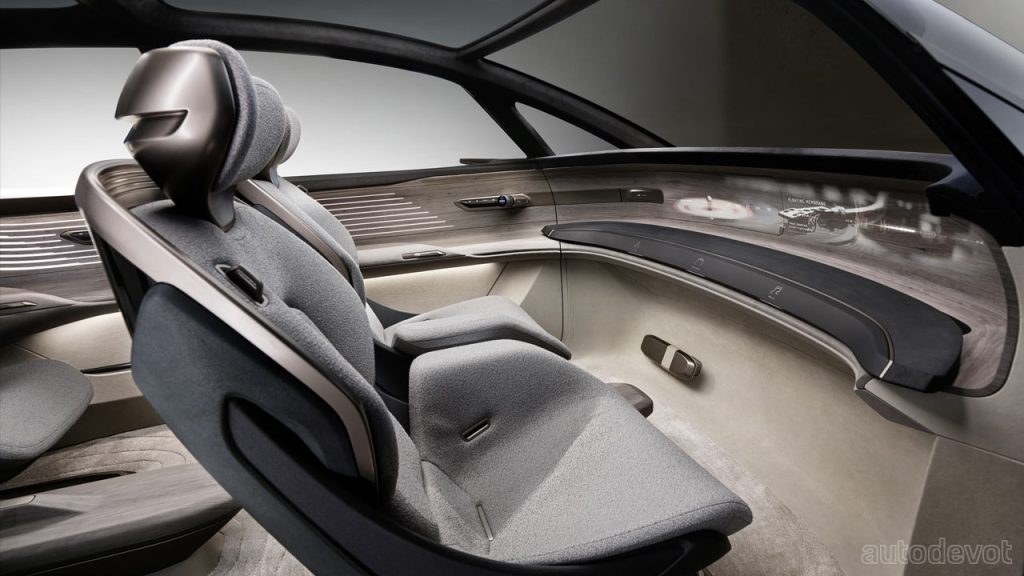 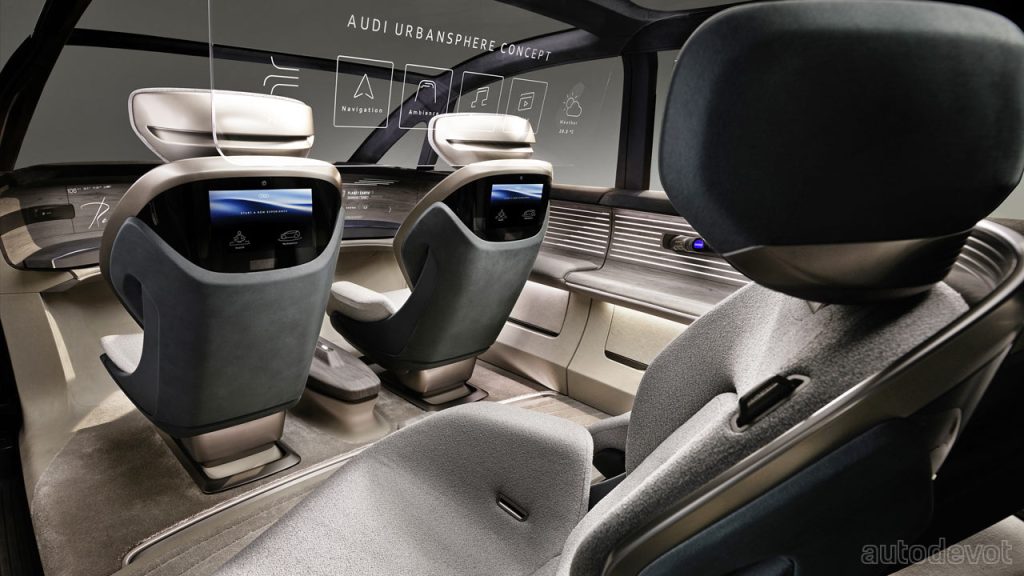 The interior gives off the same vibes as the Grandsphere concept with rear-hinged rear doors, the lack of B-pillars, and the usage of very similar soft beige and gray tones. The seat padding, for instance, is made of Econyl, a recycled polyamide, and bamboo viscose fabric is used in the armrests and in the rear. Eye-tracking, gesture control and voice control are all present here too, as are VR glasses in the armrests on the left and right doors for infotainment options.

Also, a large transparent OLED screen can pivot vertically from the roof to entertain the rear passengers. In Relax and Entertain modes, the rear seat backrest can be tilted up to 60 degrees while leg rests extend at the same time. 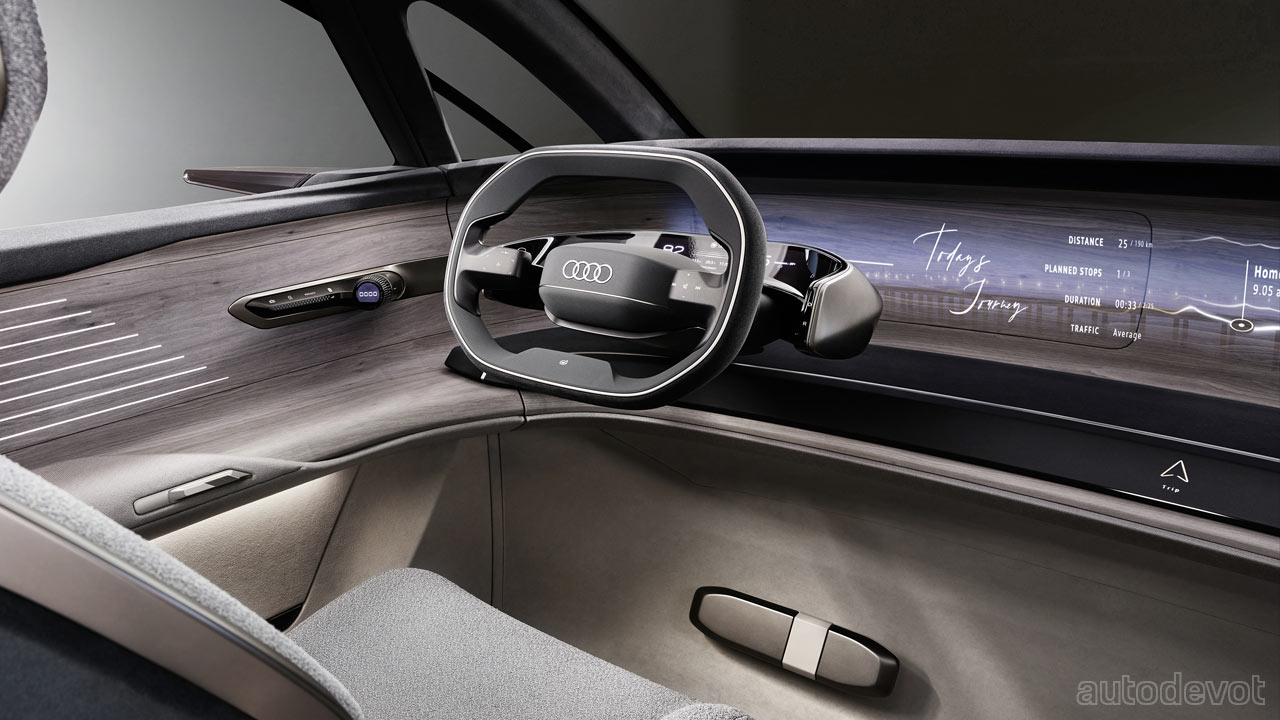 As with the Grandsphere concept, the Urbansphere is also capable of up to level 4 autonomous driving, which means the steering wheel, pedals, and conventional dashboard can be retracted for an even more relaxed ride.