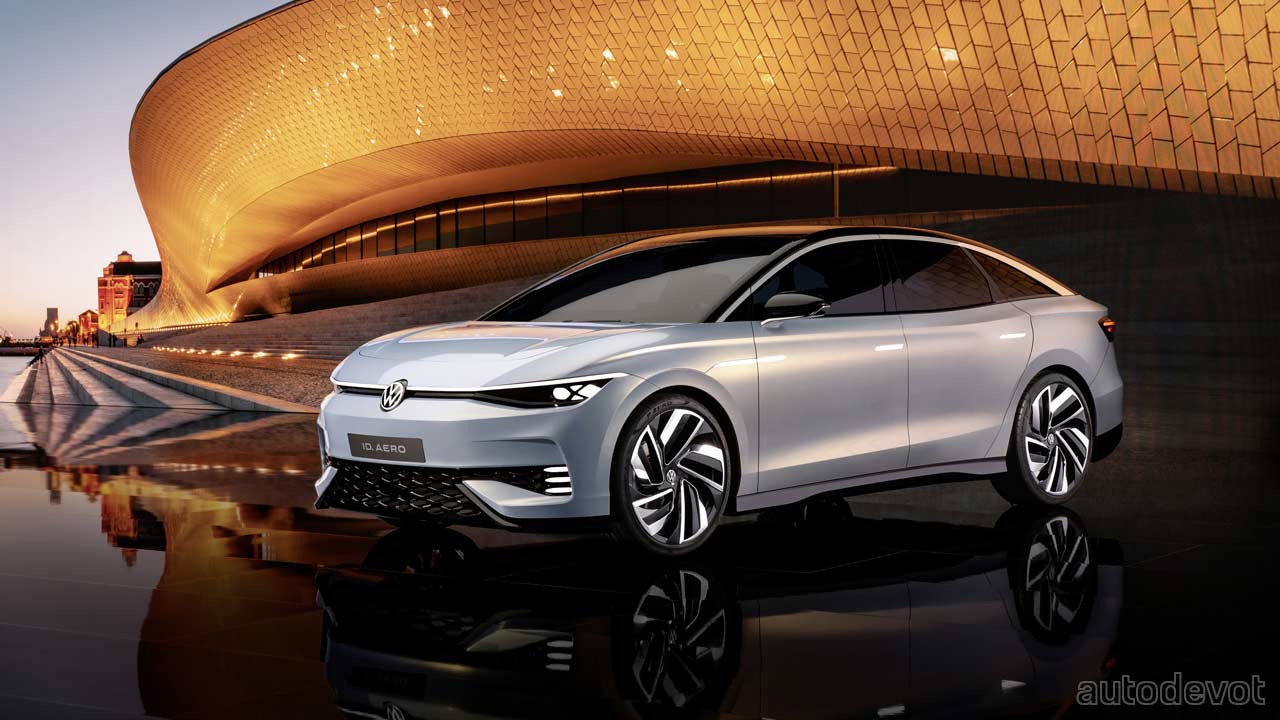 Volkswagen is adding a new member to its ID. family of electric vehicles. It’s called the ‘ID Aero’ at the moment, and VW is billing it as the flagship model of the ID. family. What we’re seeing in the photos here is a concept, of course, and the production model is scheduled to go on sale in the second half of 2023 in China and Europe. Volkswagen Passenger Cars CEO Ralf Brandstätter said that the car will be sold in the U.S. as well. “With our ACCELERATE strategy, we are intensively driving forward the electrification of our model range. Following the ID.4, this model will be our next global car for Europe, China and the U.S.,” he said. 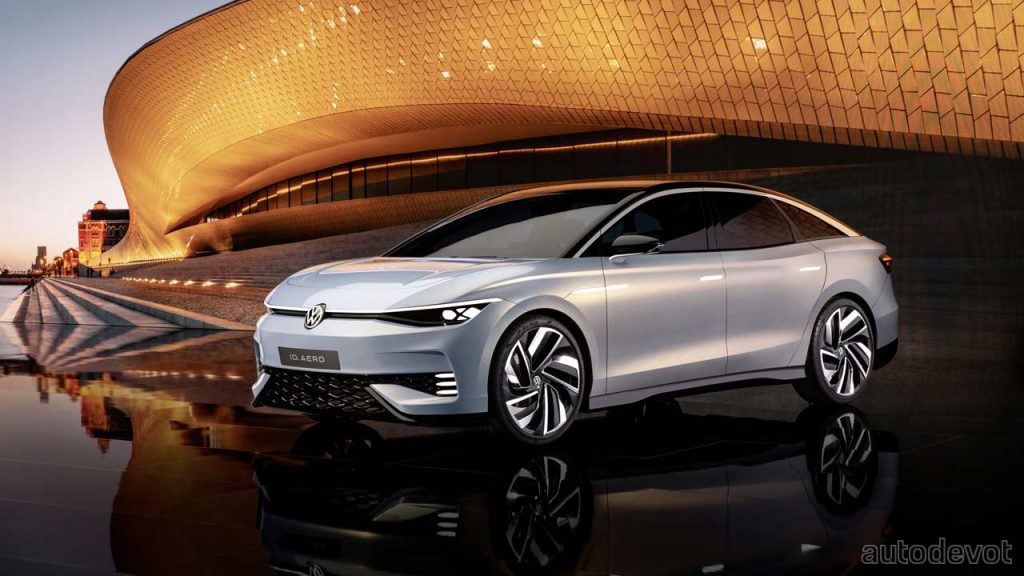 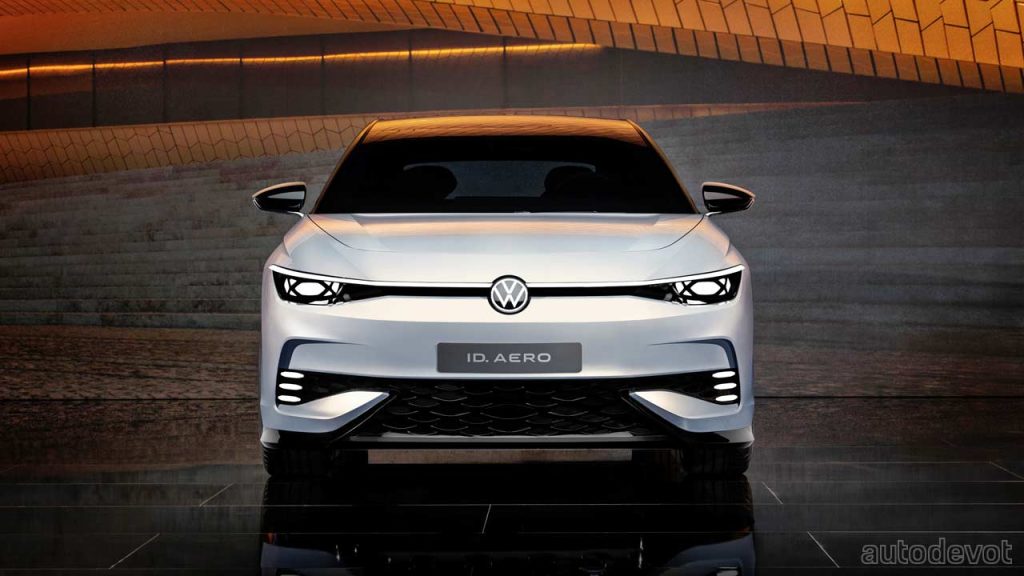 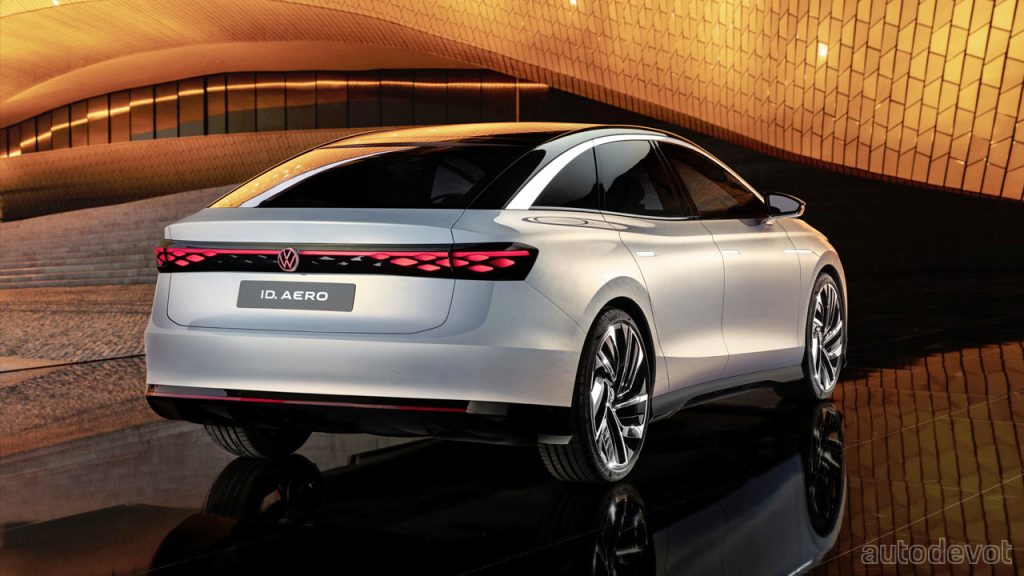 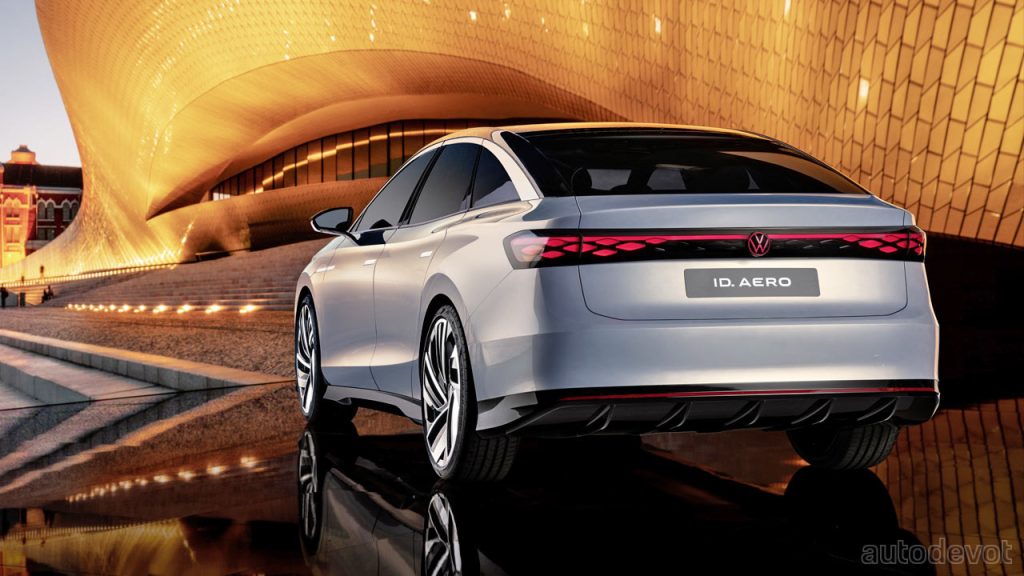 VW classifies the ID Aero as a premium mid-size sedan, which means it’ll go against the likes of the BMW i4 and the upcoming Mercedes EQC sedan. And of course, you can expect badge-engineered Skoda and Audi models as well. But anyway, back to the ID Aero concept; it appears to be a near-production version of the ID. Vizzion concept we saw in 2018, which means you can expect the final production version to look pretty much identical to this one. You’ve got the IQ.LIGHT LED matrix headlights with an LED strip at the top, while at the rear, the LED taillights have a honeycomb structure. 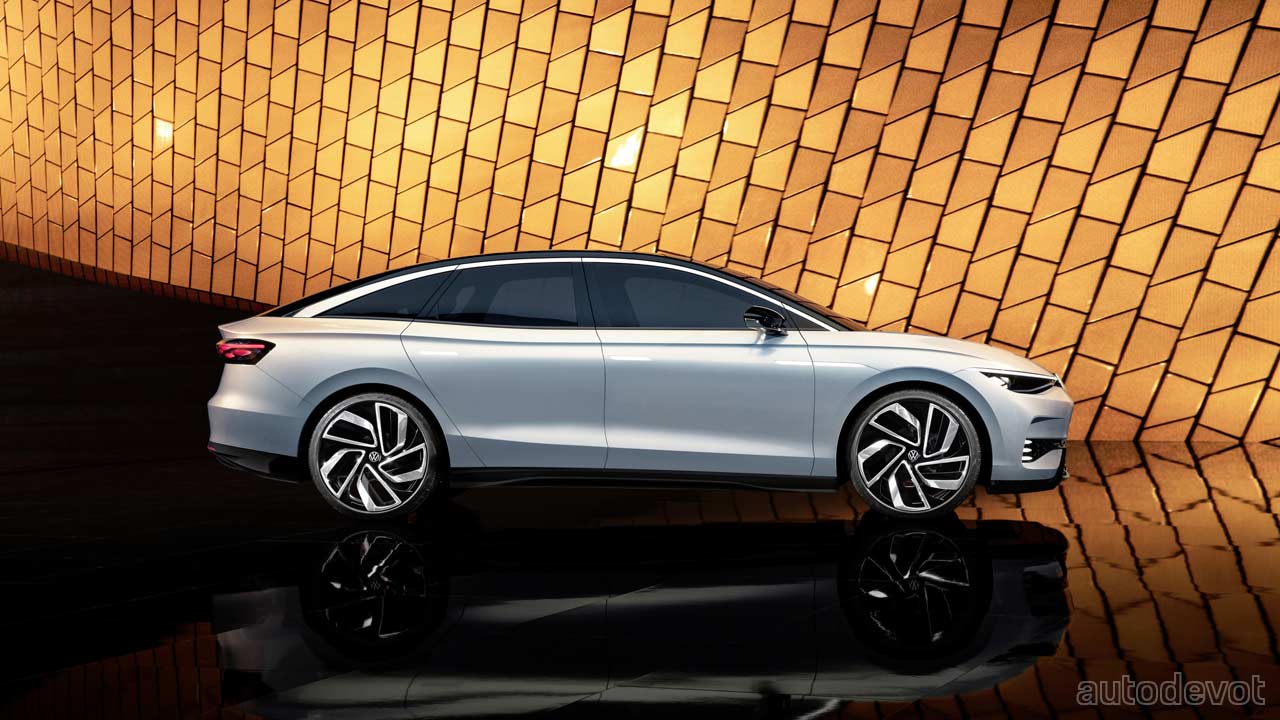 That roofline makes it look more like a 4-door fastback rather than a traditional 3-box sedan, but nobody makes a traditional 3-box sedan these days anyway. But anyway, rounding off the styling are 22-inch two-tone turbine-style rims wrapped with low-profile tyres. VW claims a drag co-efficient of 0.23 Cd. The concept is painted in a Polar Light Blue Metallic with shimmering pigments, contrasted with a high-gloss black roof.

For the European markets (and most likely for the rest of the world except China), the ID Aero will be produced in Emden, Germany.