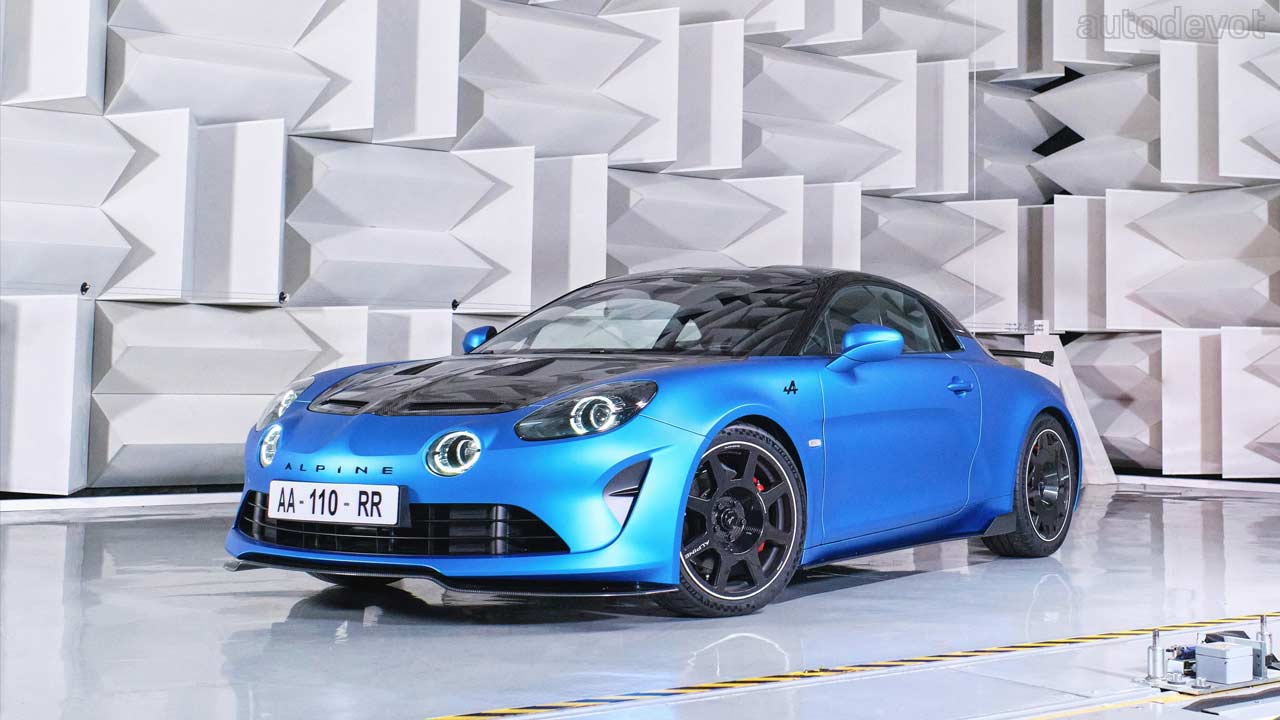 I know, at this point it may seem like the Alpine A110 is being milked way too much, but out of all the variants and so-called special editions that came out since 2017, a hardcore track-focused version was missing. It has now arrived with an ‘R’ suffix where the R apparently stands for “radical”. 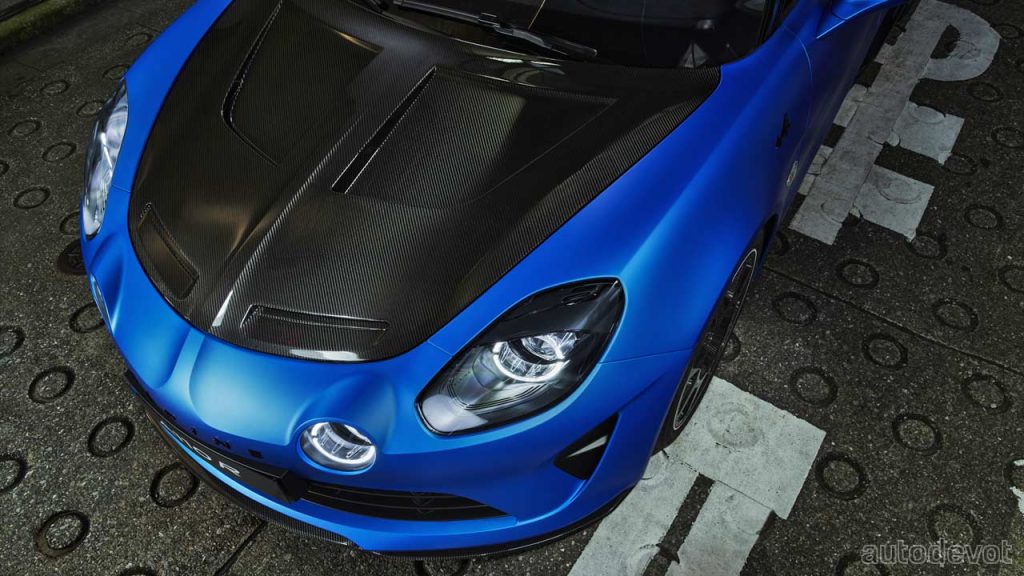 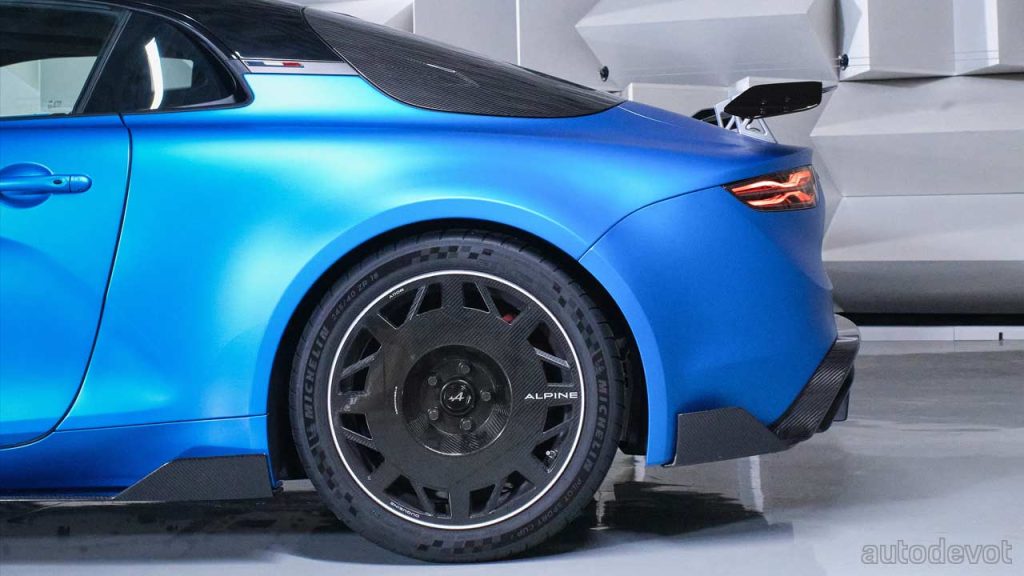 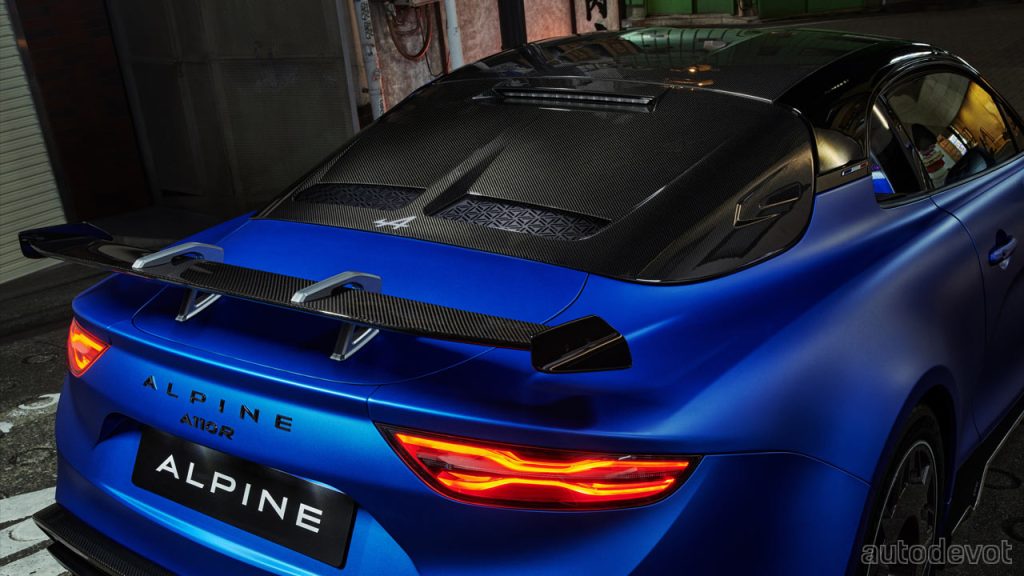 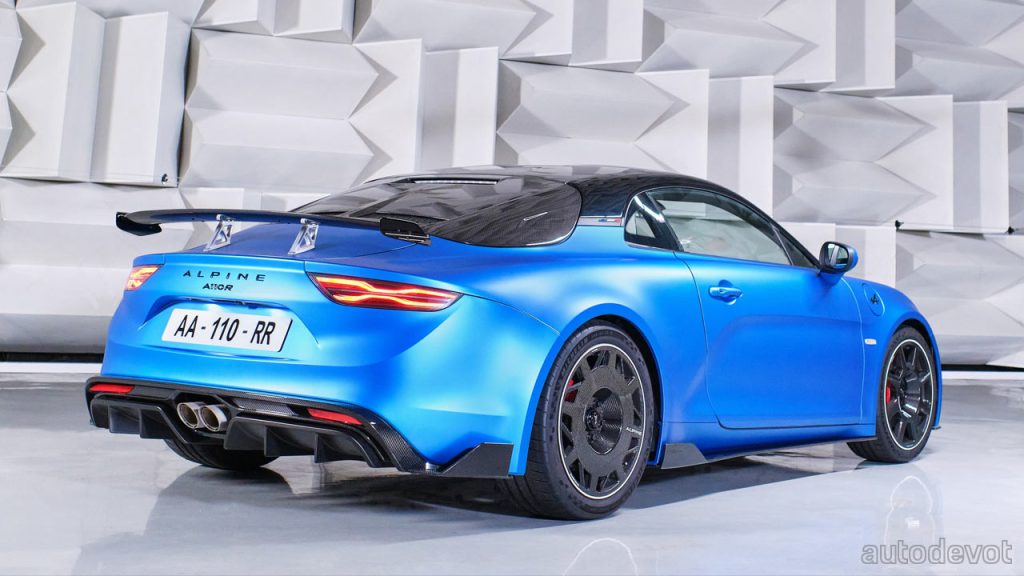 Indeed, the Alpine A110 R is quite a radical thing when compared with all other variations. It gets an aggressive bodykit with a generous application of carbon fibre. The hood, the roof, the side skirts, the wheels, the rear wing, the rear diffuser, and even the rear windscreen, are all made of carbon fibre. Which means you don’t actually have a transparent windscreen, but I guess you need to compensate for it with a camera. Alpine claims that the A110 R boasts an extra 29 kg (64 lbs) downforce at the rear at top speed compared with the A110 S, while the drag is down by 5%. 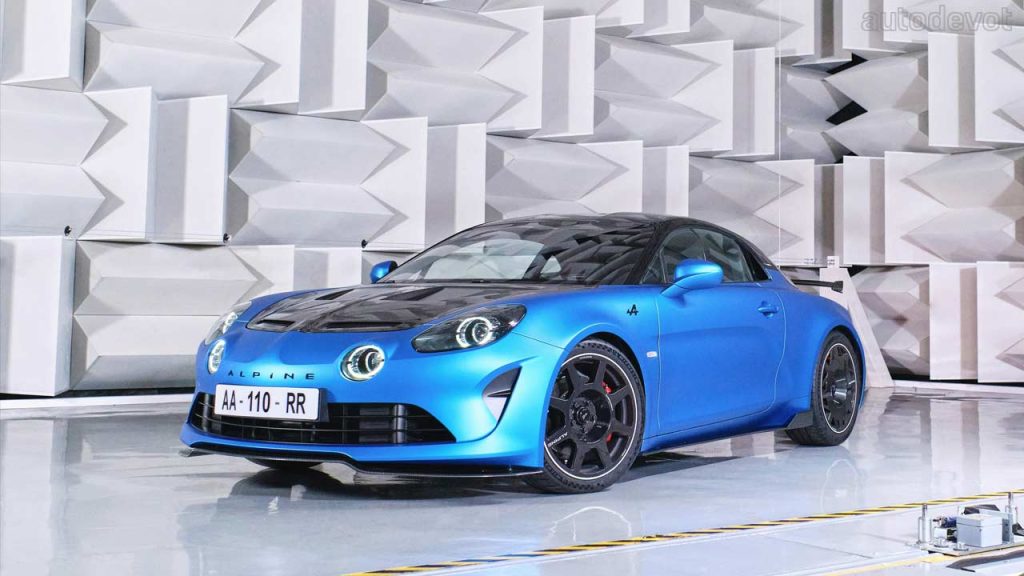 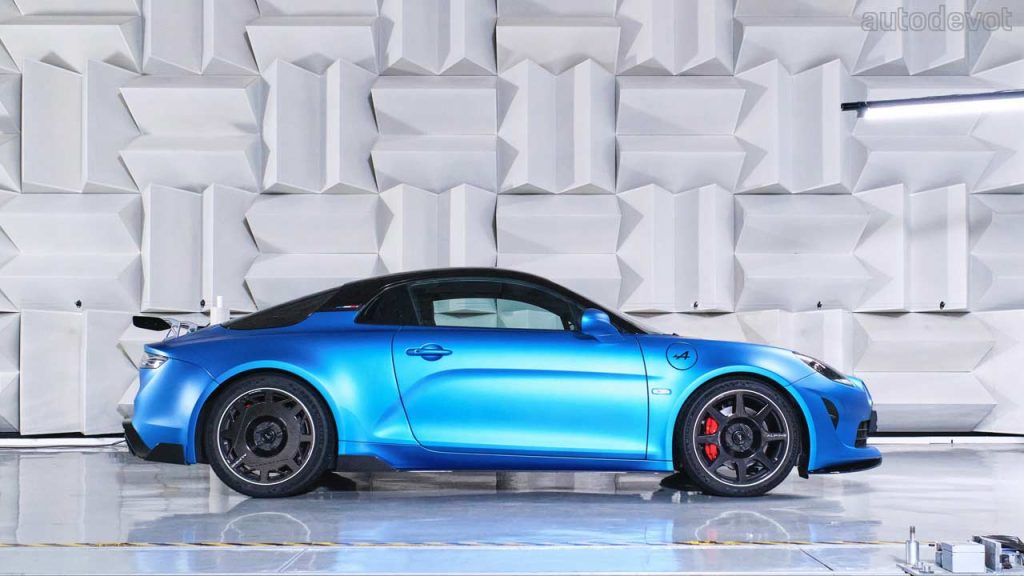 The 18-inch full carbon wheels are wrapped with Michelin Pilot Sport Cup 2 semi-slick tyres as standard, which are said to offer more stability and cornering control. The 320 mm composite discs are gripped by Brembo calipers. As for suspension, the springs are more than 10% stiffer front & rear. Specially designed shock absorbers feature hydraulic adjustment for a personalised driving experience. A 20-click ring comes in handy to adjust the compression/expansion ratio. The A110 R rides 10 mm lower than the A110 S. 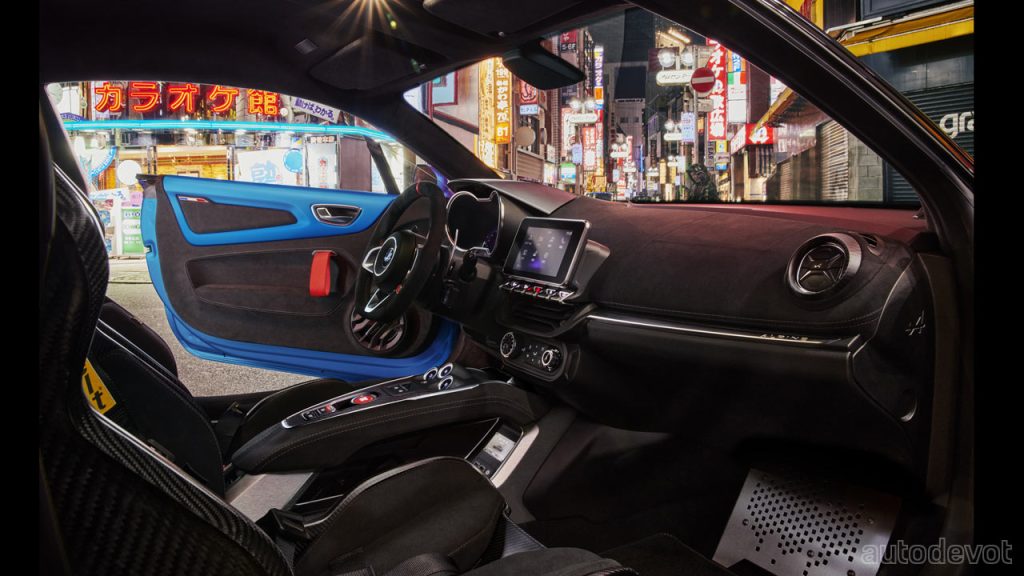 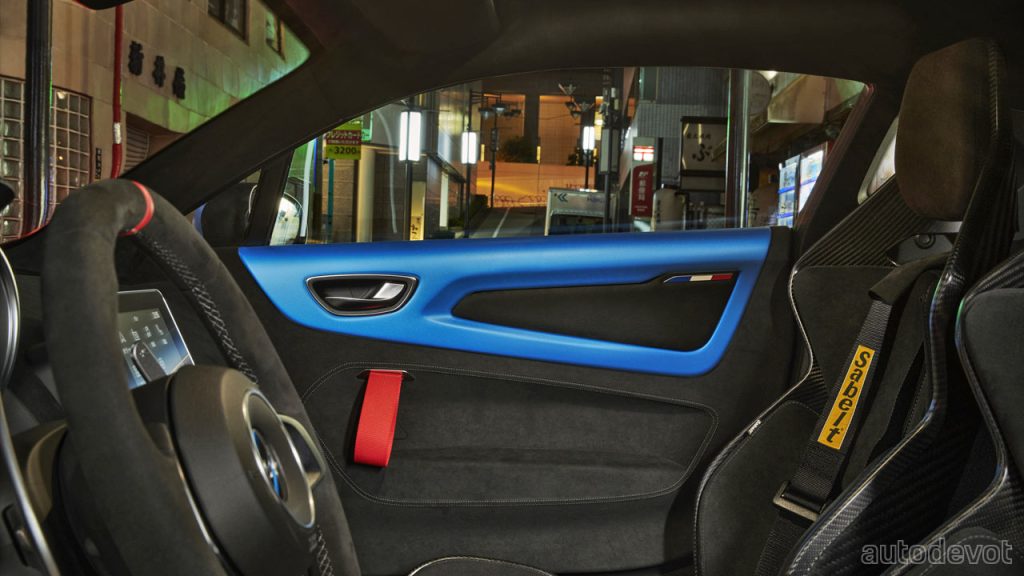 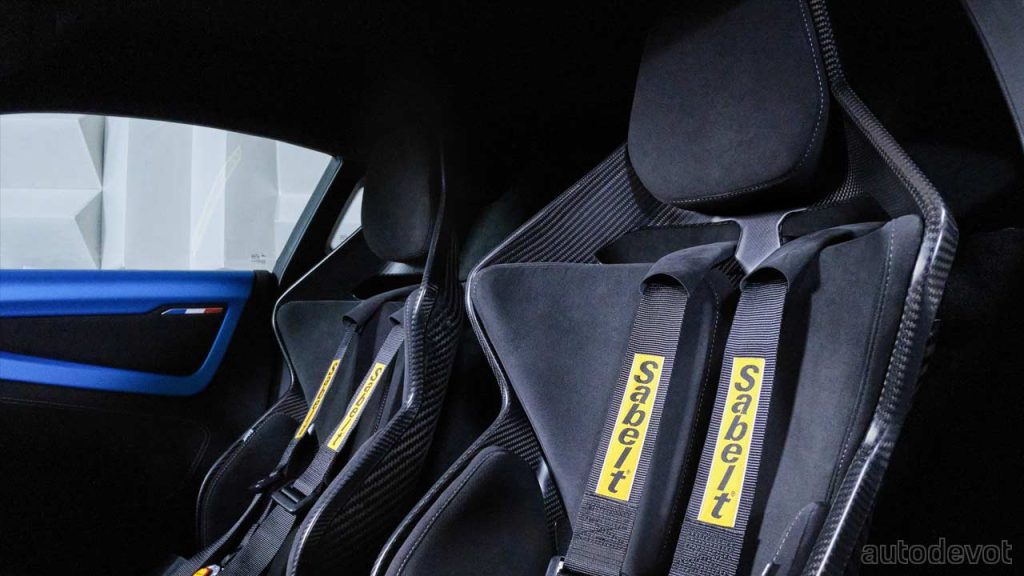 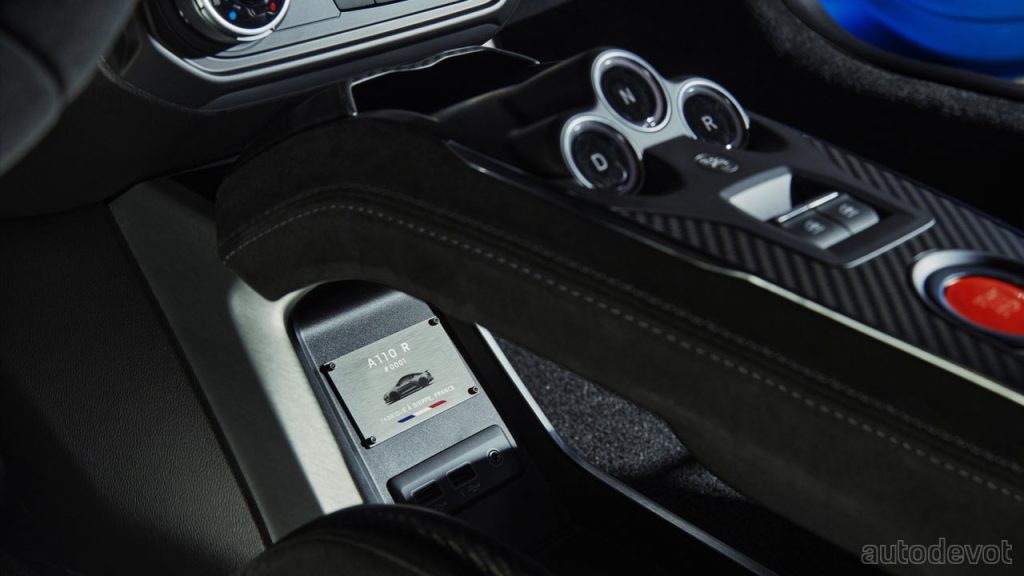