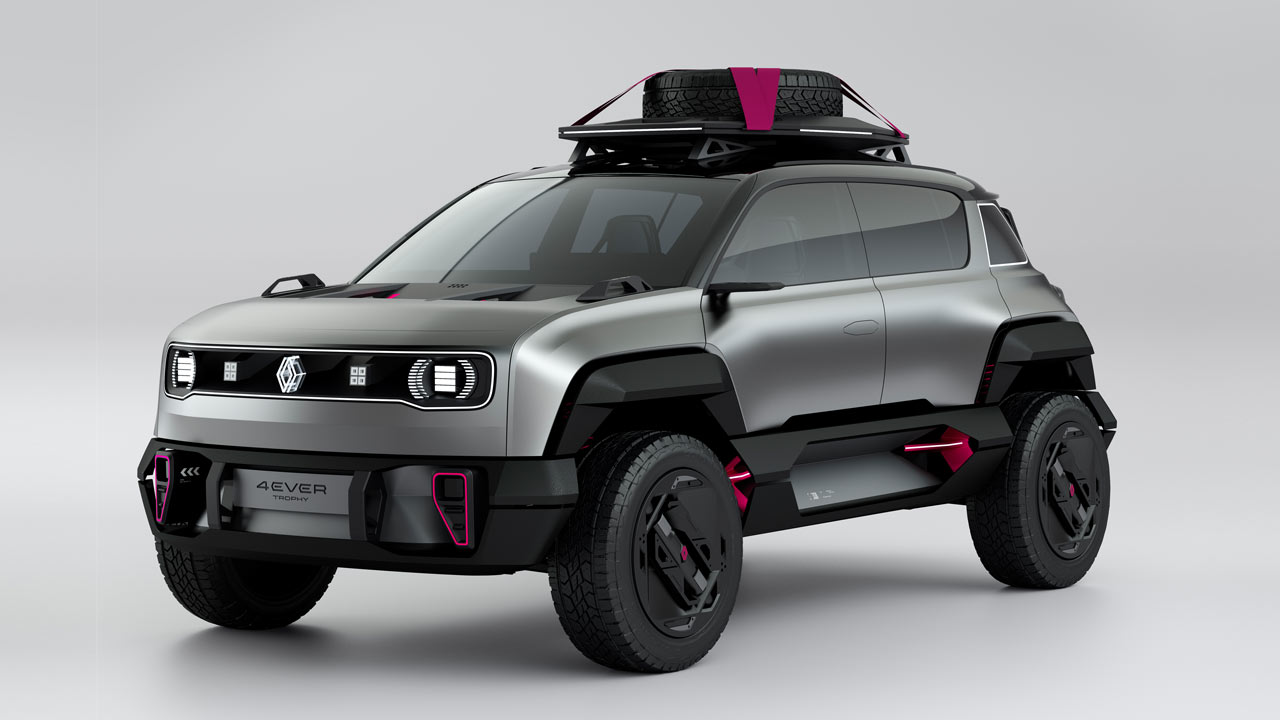 At this year’s Paris Motor Show, Renault showcased the 4EVER Trophy concept—which apparently is an “electric reboot” of the Renault 4, similar in the lines of the Renault 5 concept we saw in January last year. There’s still no clarity on when the production version of the Renault 5 EV is gonna arrive, but as for the 4EVER Trophy, Renault said that the concept “paves the way for a future all-electric B segment SUV”. I guess we’ll have to wait until the end of 2023 for an update on both models. The concept is also a 25th-anniversary homage to the 4L Trophy humanitarian rally. 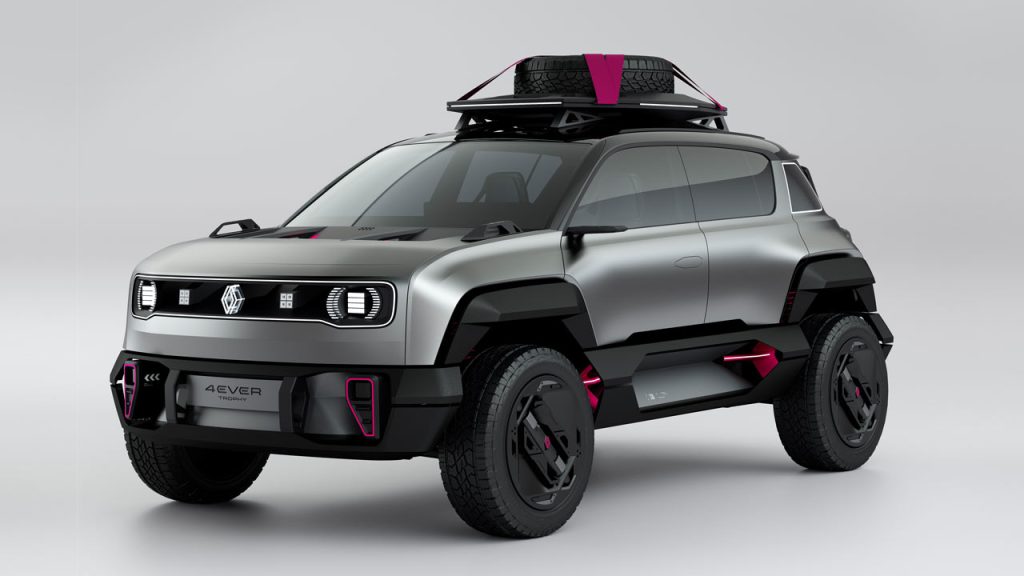 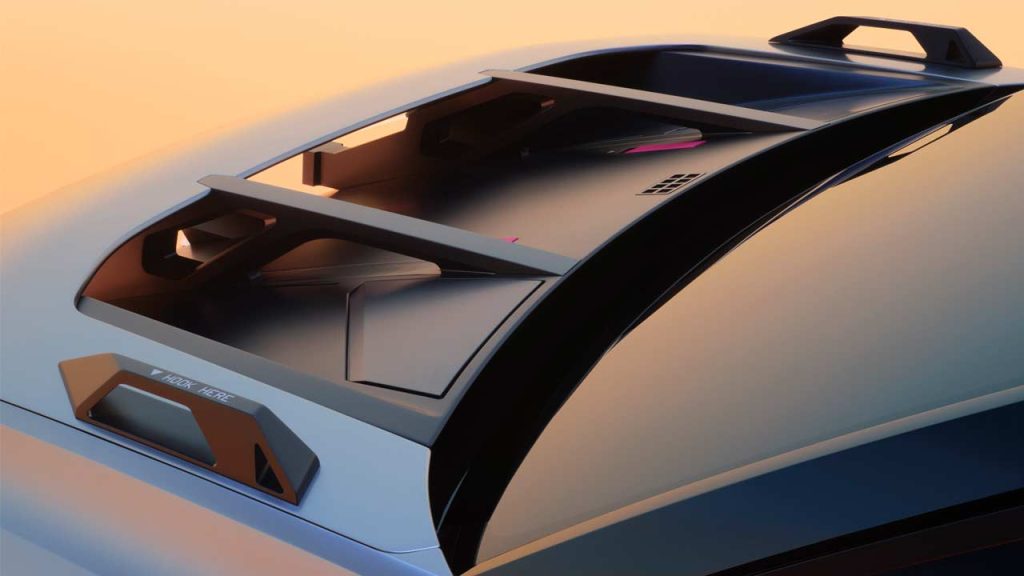 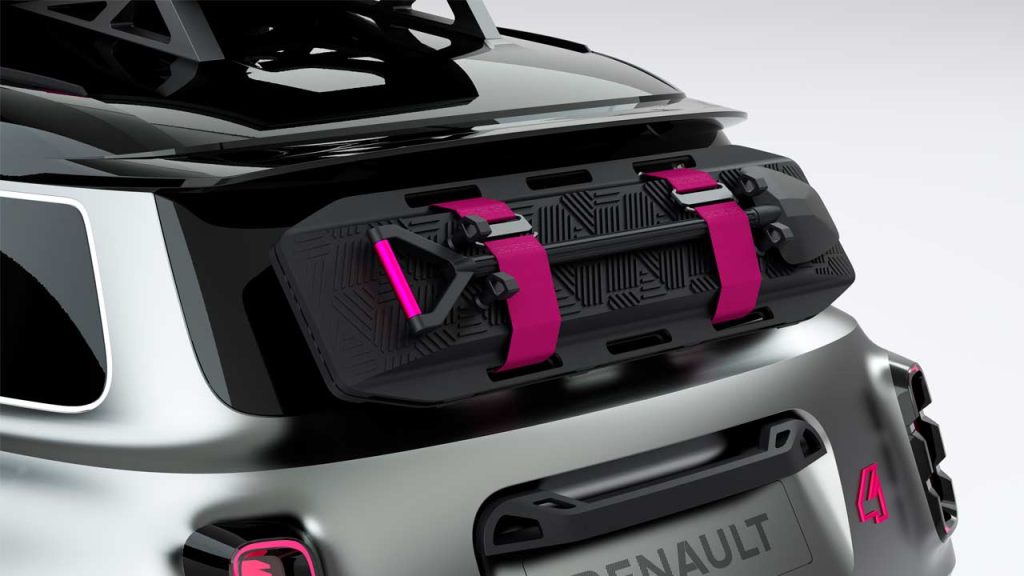 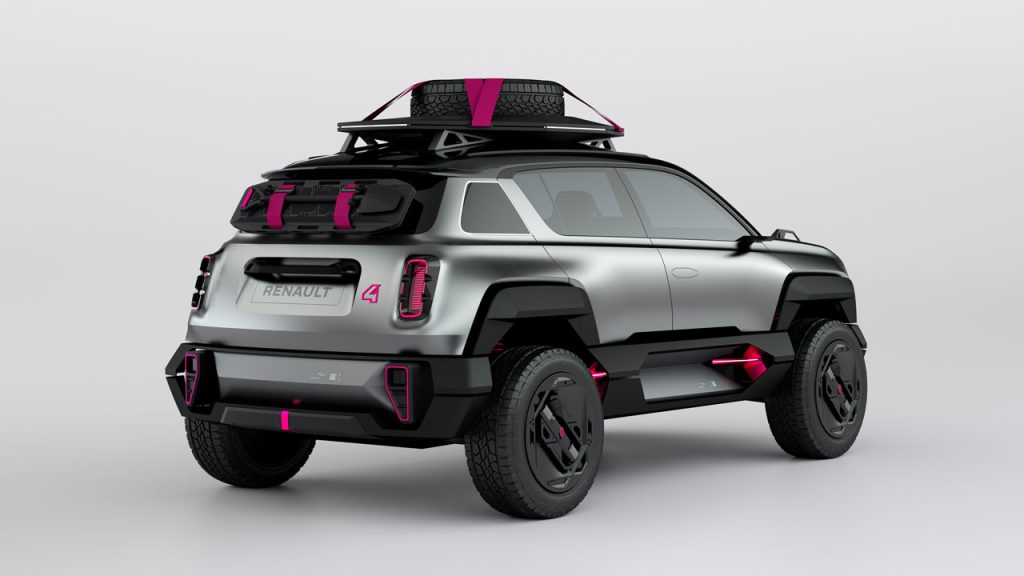 One thing that is clear from the official statement is that the 4EVER Trophy is gonna be an SUV, but hopefully, the production version is not gonna have any of those strange pink stuff. The bonnet has rather large air outlets to improve the efficacy of the radiator, while the rear windscreen is completely blocked off by waffle boards and a shovel strapped to it. The roof is apparently made of carbon fibre, and it has got a rack with a spare wheel strapped to it. The concept tries its hardest to look super rugged with the hollow bonnet, those fat wheel arch inserts, lower body protection panels, high ground clearance and 19-inch rims wrapped with 255/55 tyres, but then, those pink stuff negates ’em all. But hopefully, the production version will make up its mind on whether to be rugged or.. timid.