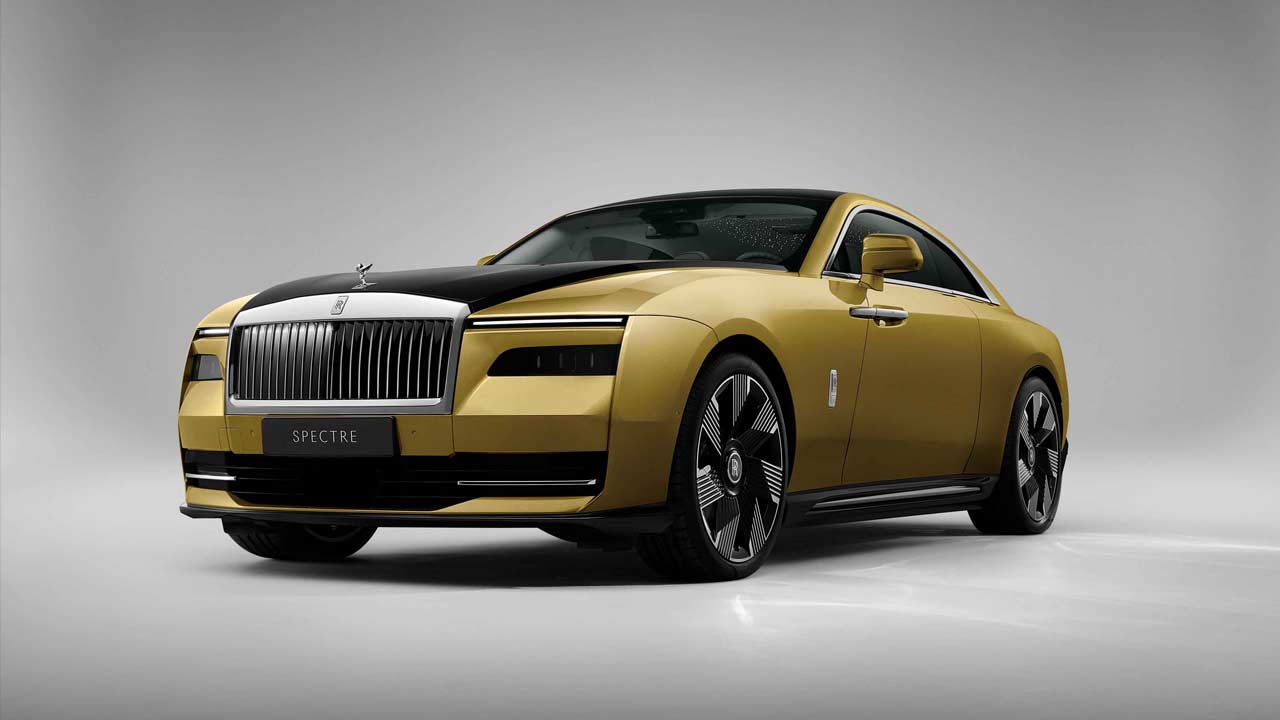 Also, it appears to be the heaviest roller ever.

Rolls-Royce has revealed the Spectre, the luxury marque’s first fully-electric production car. The Spectre is available for commissioning immediately, with client deliveries commencing in Q4 2023. As for the pricing, Rolls-Royce simply said that the pricing will be “between” Cullinan and Phantom. 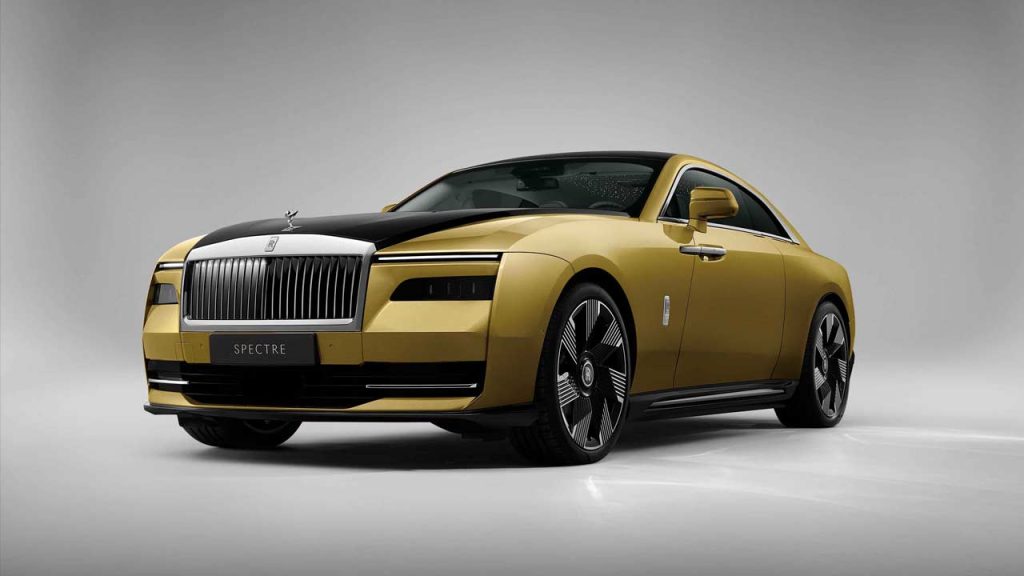 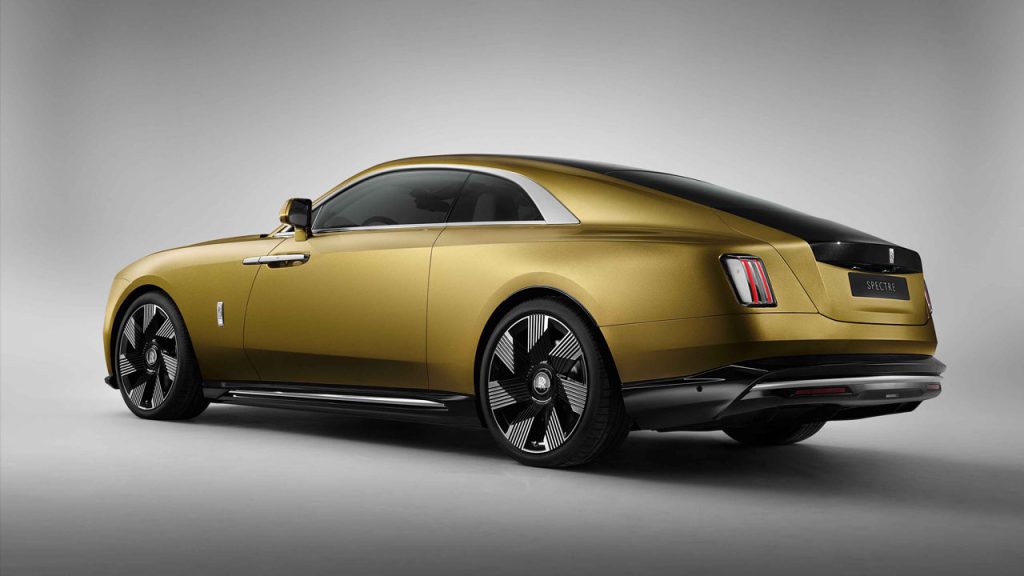 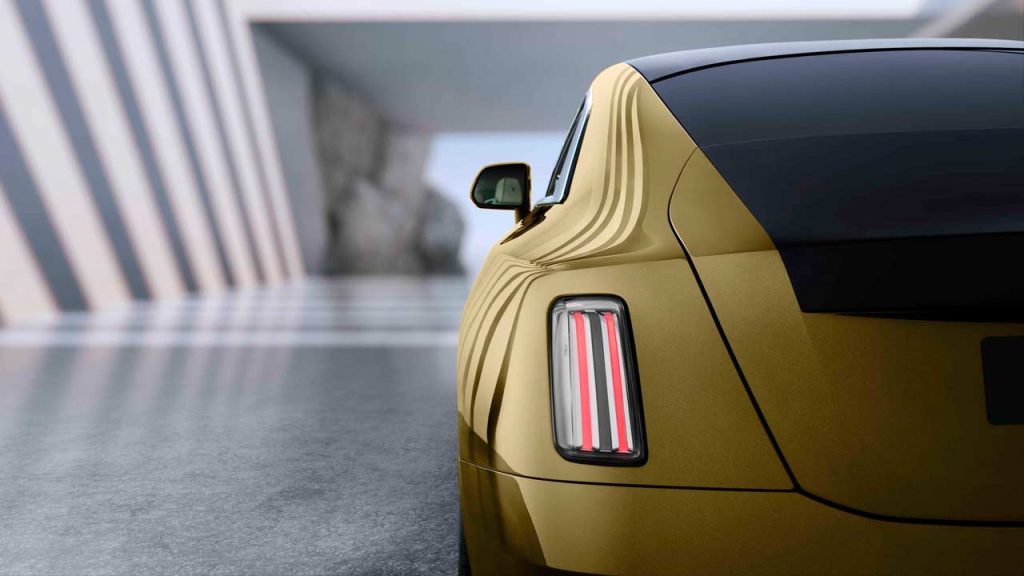 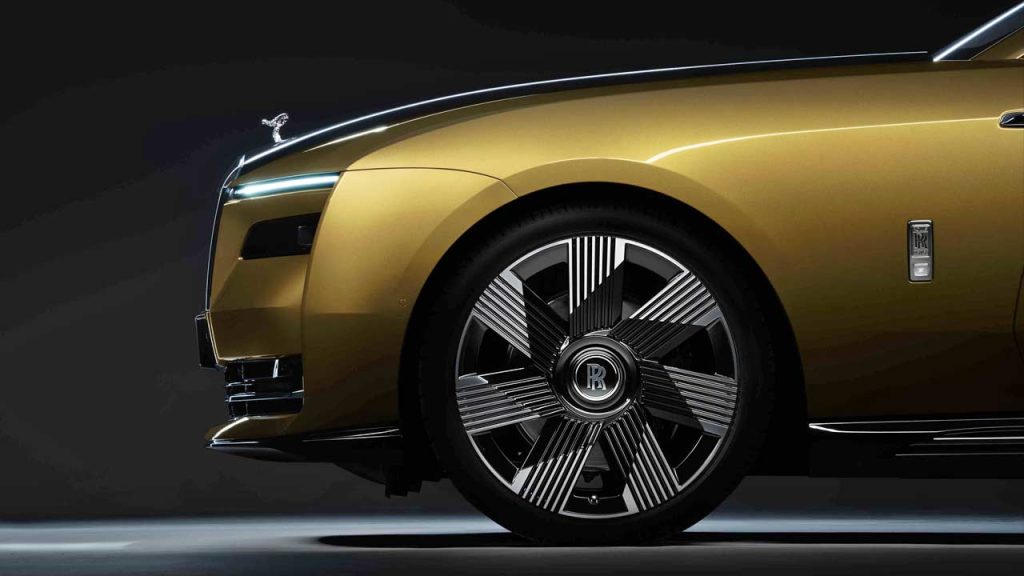 The Spectre doesn’t surprise you with its styling in any way, because it looks exactly the way you’d imagine an all-electric Rolls-Royce would look. It just looks like an electric version of the Wraith, isn’t it? But it is actually built on the all-aluminium Architecture of Luxury platform, the same one that underpins the Phantom VIII and Cullinan. And, according to reports, the Spectre is gonna replace the Wraith, meaning the latter will no longer be produced post 2022.

But anyway, the grille is the widest ever bestowed on a Rolls-Royce, and it is softly illuminated with 22 LEDs lighting up the sandblasted rear side of each of the vanes. Another design/production highlight is that the taillights are set into the largest single body panel ever produced for a Rolls-Royce, which extends from the A-pillar to the boot. Also, Spectre is the first production two-door coupé to be equipped with 23-inch wheels in almost one hundred years. What’s more? the Spectre boasts a drag coefficient of 0.25 Cd, making it Rolls-Royce’s most aerodynamic car ever. 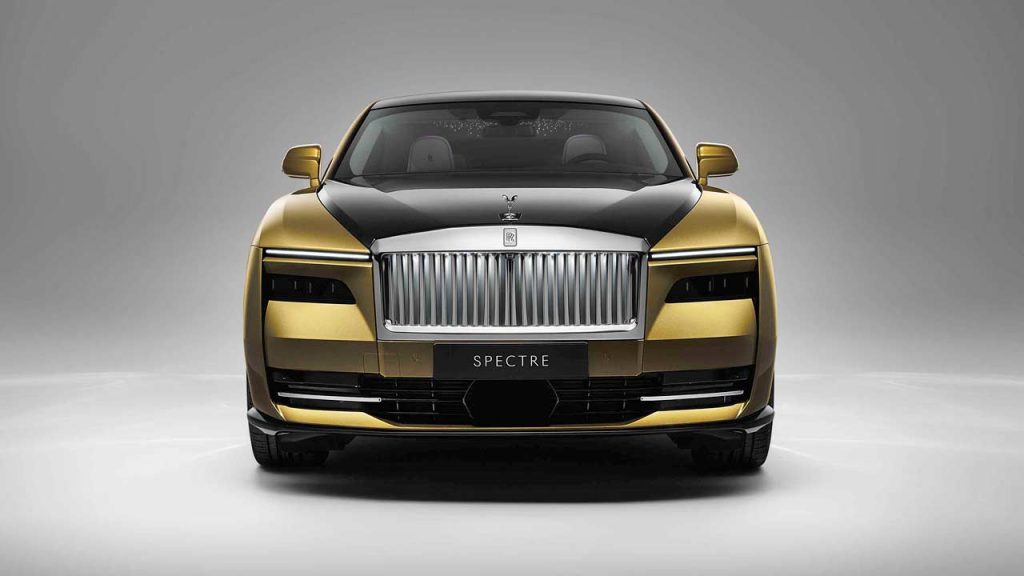 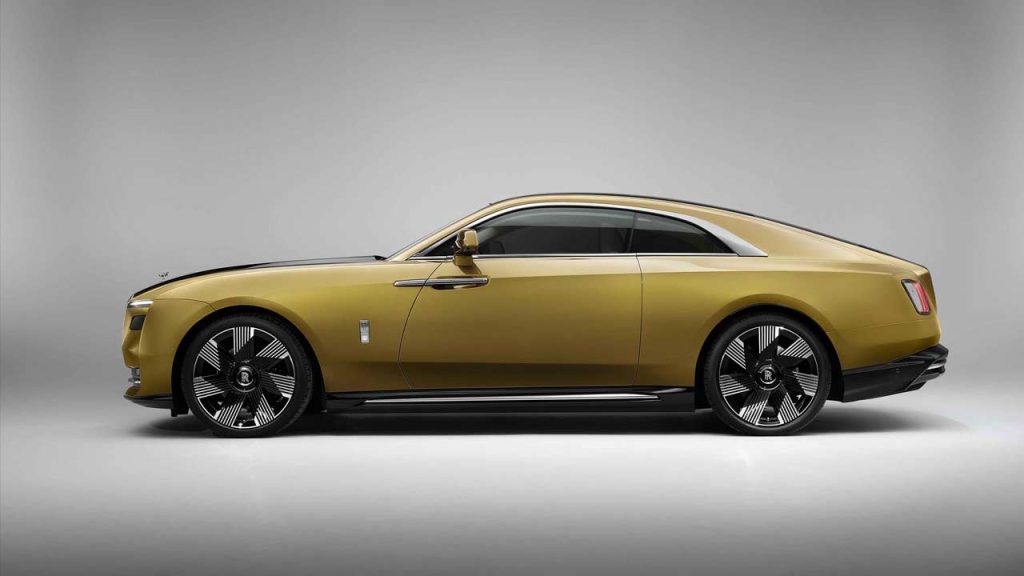 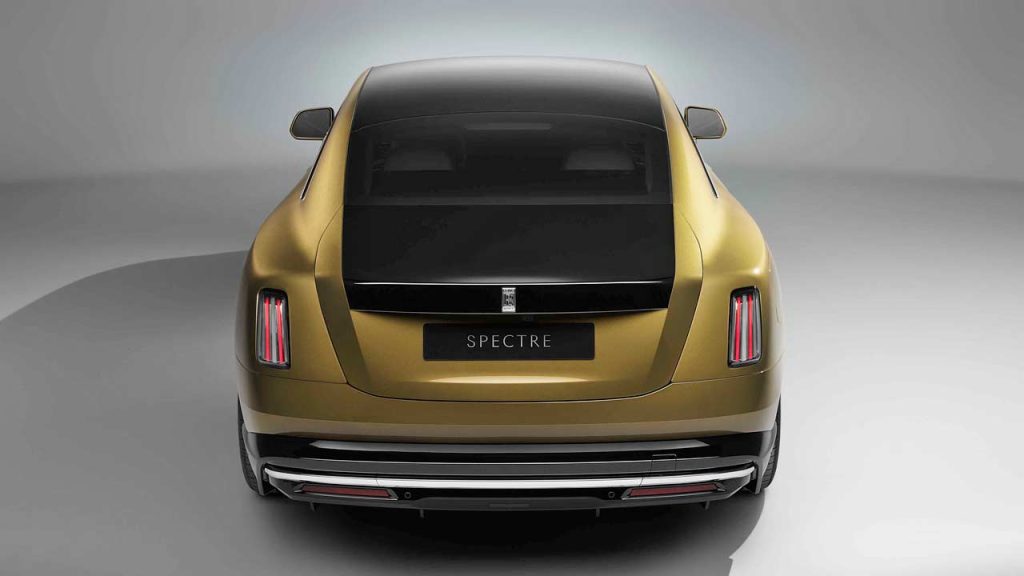 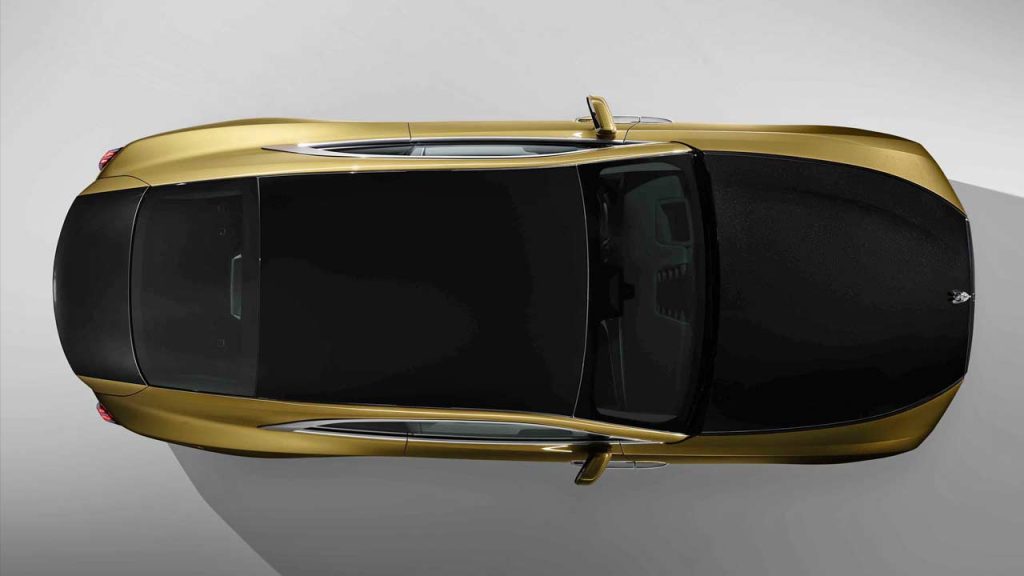 But anyway, the Spectre also boasts something called Planar Suspension—which can decouple the car’s anti-roll bars allowing each wheel to act independently, preventing the rocking motion that occurs when one side of a vehicle hits an undulation on the road. Once the system identifies a corner, it recouples the components and stiffens the dampers and the four-wheel steering system is then prepared for an effortless entry and exit. Under cornering, a total of 18 sensors are monitored, and steering, braking, power delivery and suspension parameters are adjusted so that the car remains stable. 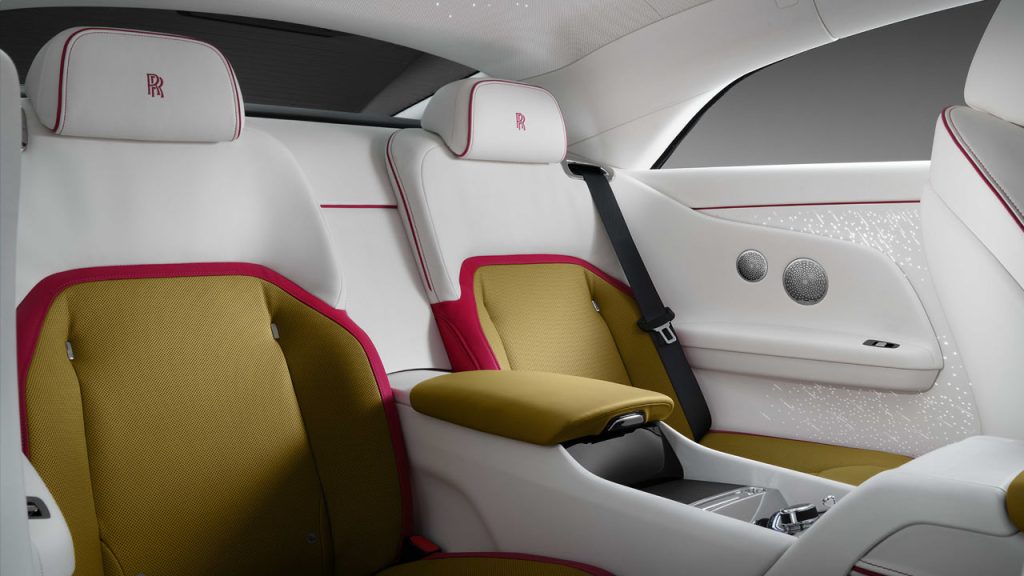 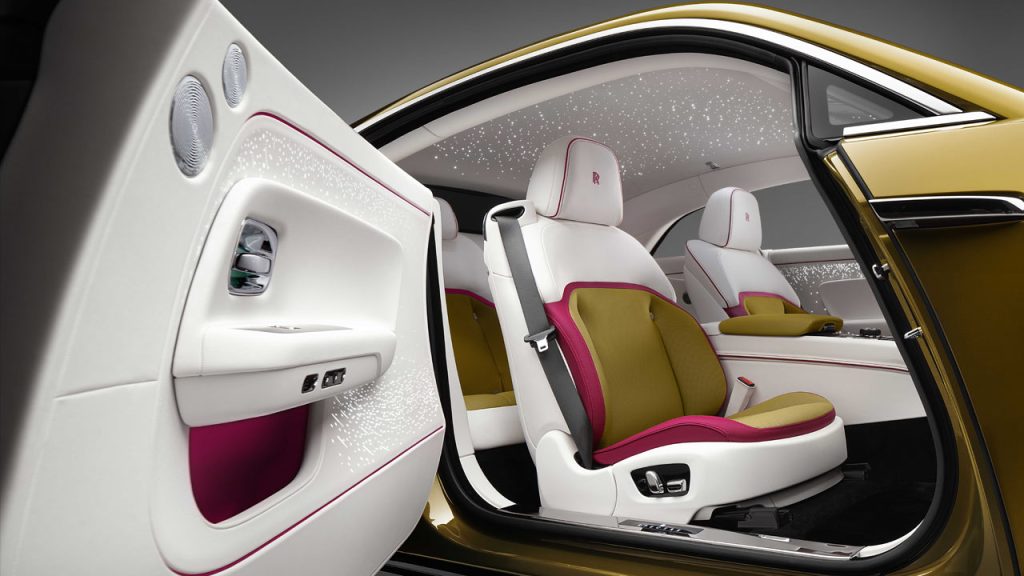 Another highlight of the Spectre is that for the first time on a series production Rolls-Royce, the Spectre is available with Starlight Doors, incorporating 4,796 softly illuminated “stars”. The coach doors can also be commissioned with a backdrop of Canadel wood panelling, which takes its name from the cove in the South of France where Sir Henry Royce and his design team apparently spent their winters. The new front seat design has been inspired by British tailoring, with lapel sections that can be bespoked in contrasting or matching colours to the main base. 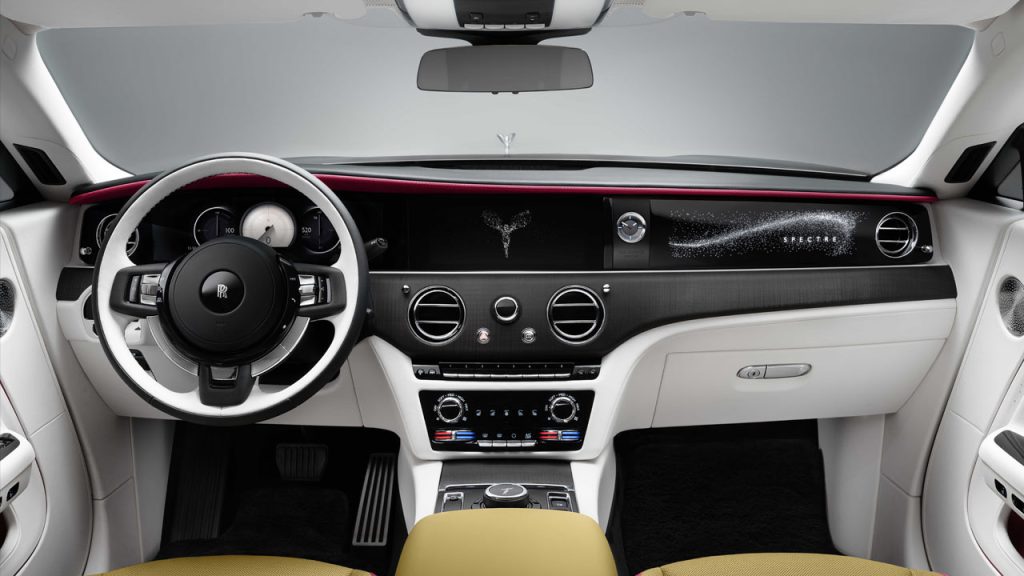 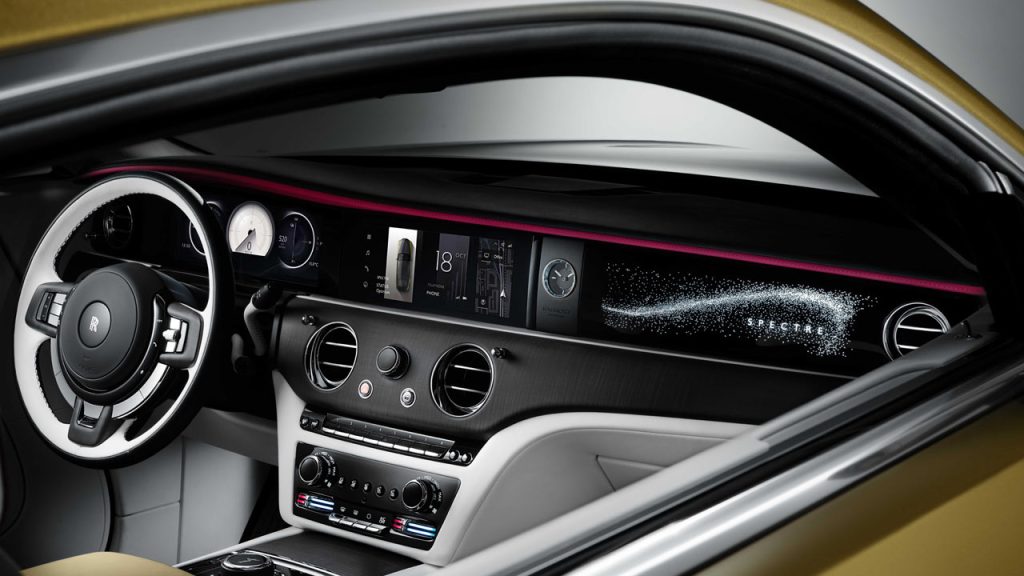 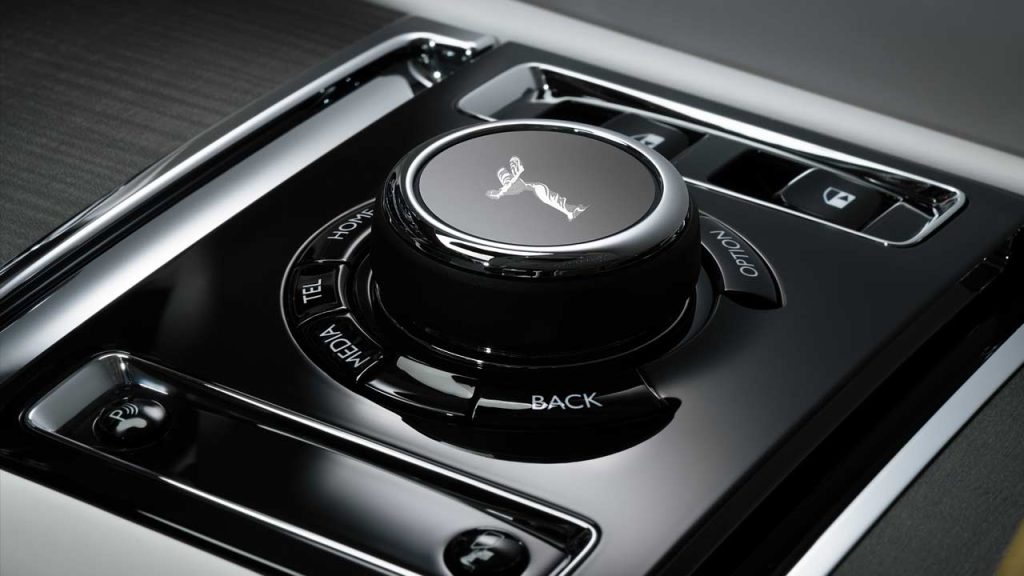 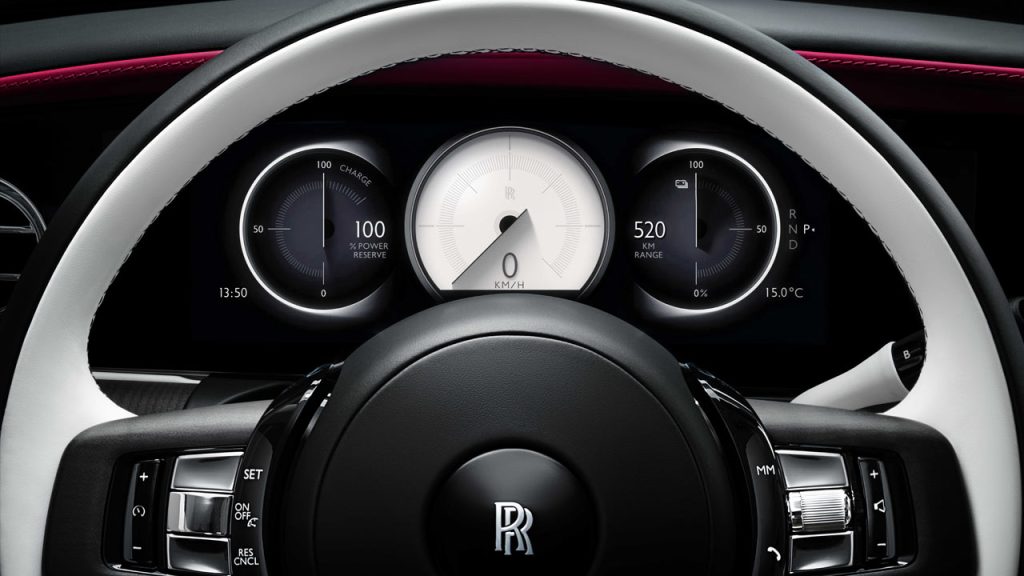 Things have gone all-digital on the dashboard, naturally, and Rolls-Royce calls this digital architecture ‘SPIRIT’. Clients can extend their Bespoke commission beyond the physical world and into the digital architecture. The colour of the dials, for example, can complement the interior hue of the car. 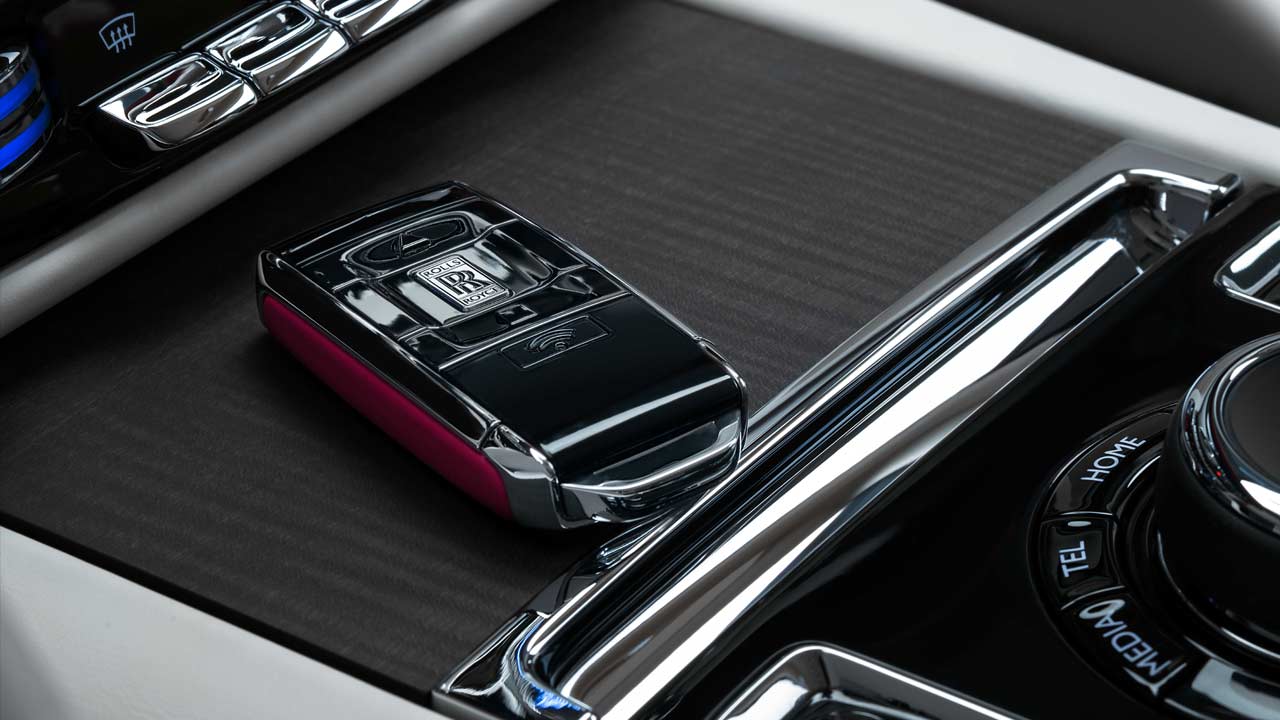