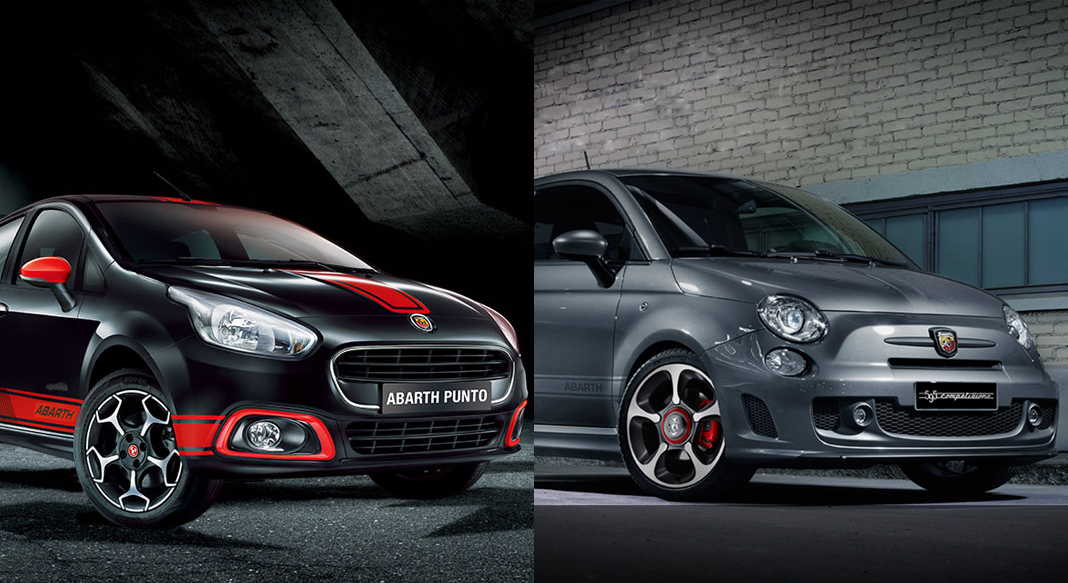 Simply put, like AMG is for Mercedes, M is for BMW, Abarth is for Fiat. That’s very layman, but an easier way to understand that Abarth is much more than just a “sticker job”. Behind the scorpion logo, there’s very interesting history which you probably never knew. So read on.

Birth and Racing
Abarth was founded by Karl Abarth in 1949 in Bologna, Italy. The brand has some interesting German connections too. Karl was born in Vienna, Austria on 15 November 1908 as Karl Albert Abarth during the time of the Austro-Hungarian Empire. As a teenager, he worked for a coach building firm Castagna in Milan, Italy (1925–27), designing motorbike and bicycle chassis. Back in Austria, he worked for Motor Thun (Motorcycle manufacturer) and then famous racer Joseph Opawsky (1927–34), and raced motorbikes. He wins his first race on a James Cycle (a former British cycle and motorcycle manufacturer) in Salzburg on 29 July 1928. By 1930, he started racing his own hand-built motorcycles, eventually becoming a five-time European motorcycle champion. After a serious accident in Linz (Austria) he abandoned motorbike racing, and designed a sidecar (1933) with which he managed to beat the Orient Express railway on the 1,300 Km stretch from Vienna to Ostend (1934).

Karl permanently moves to Italy in 1934 where he meets Ferdinand Porsche’s son-in-law Anton Piëch, and marries his secretary. In 1938, Abarth was long hospitalized and had to end his racing career, due to a racing accident in Ljubljana, Yugoslavia.

After an unsuccessful attempt of establishing a racing car brand called Cisitalia, he establishes Abarth & C. with Cisitalia racing driver Guido Scagliarini in Bologna, Italy on 31 March 1949, using his zodiac sign – scorpion, as the company logo. The same year, Abarth & Co moves to Turin. Financed by Scagliarini’s father Armando Scagliarini, the company made racing cars, and became a major supplier of high-performance exhaust pipes. Upon the arrival of the FIAT 600 in 1955, Abarth takes the opportunity to create the Abarth 750 GT, a small, affordable sports car using the 600’s underpinnings. Following the success of 750GT, he creates FIAT 595 based on FIAT 500.

He sold the company to Fiat on 31 July 1971, and continued to manage it as a CEO for a period. Later then moved back to Vienna, Austria, where he died in 1979. Under Fiat ownership, Abarth became the Fiat Group’s racing department, managed by engine designer Aurelio Lampredi. On 1 October 1981, Abarth & C. ceased to exist and was replaced by Fiat Auto Gestione Sportiva, a division of the parent company specialized in the management of racing programmes that would remain in operation through to the end of 1999, when it changed to Fiat Auto Corse S.p.A.

On 1 February 2007 Abarth was re-established as an independent unit with the launch of the current company, Abarth & C. S.p.a., controlled 100% by FCA Italy S.p.A.

On August 2015, Abarth enters India with the 595 Competizione.

Engine – 1.4L (1,368 cc) T-JET 4-cylinder in-line
Power – 140 hp
Max Torque – 210 Nm
Acceleration – 0-100 in 9.9 seconds
Unlike 595 Competizione and Abarth Punto, Abarth Avventura gets minor changes. It uses same engine as the other two Abarths, but detuned to produce 140 hp and 210 Nm of torque. It gets the 16-inch Scorpion alloys, all 4 disc brakes and Abarth decal on the rear door. On the interiors, it gets new upholstery with added support and Abarth detailing.