Porsche has unveiled the 2017 Panamera on Tuesday at Berlin, accompanied by a spectacular display of lights, music and choreography. Dubbed as “sports sedan”, the second generation Panamera has been re-developed from ground-up, and sports a new design language which creates a direct link to the 911.

An observer will immediately recognize the coupé-like roofline, but it is much ‘faster’, even more dynamic and includes a new side window look that emphasizes the coupe-like side view even more. The new Panamera can be identified as a Panamera at first glance, but also as the new Panamera. Its strengths have been reinforced, its weaknesses have been eradicated and above all, its distinctive character has been preserved. – Michael Mauer, Head of Style, Porsche 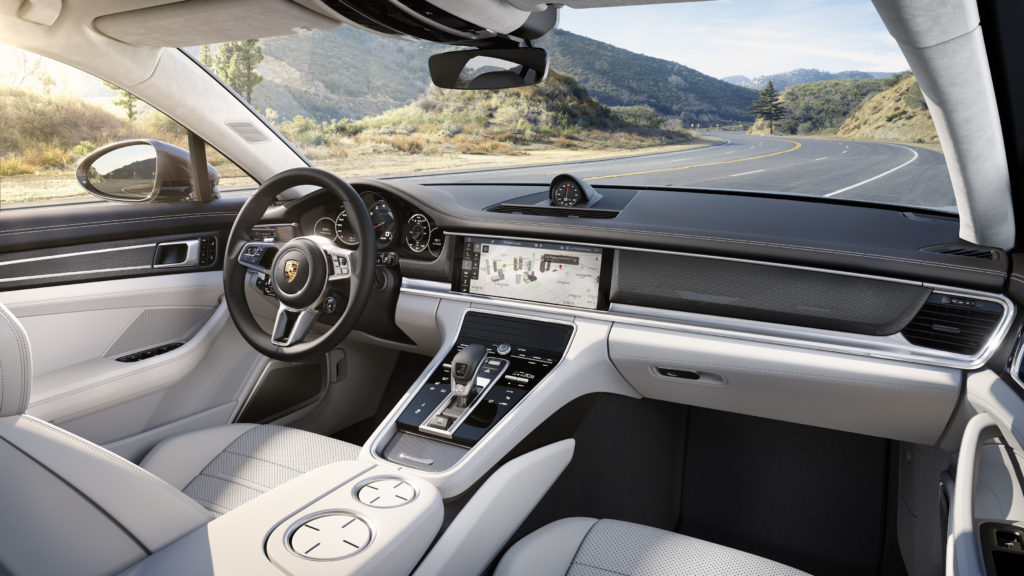 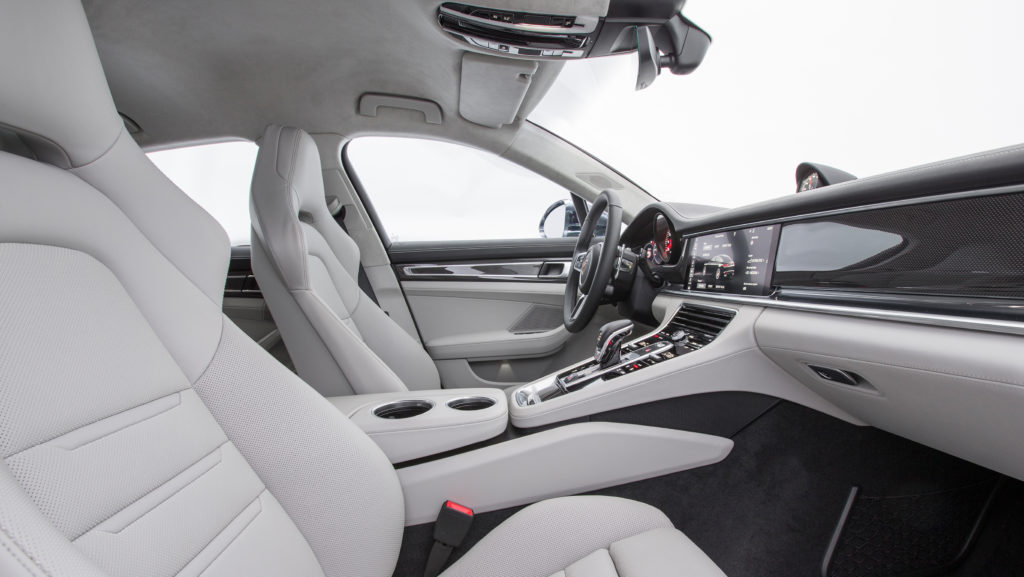 The 2017 Panamera will launch with two engines: the 550 hp Panamera Turbo which has 4.0-litre twin-turbo V8 under the hood, and the 440 hp Panamera 4S sporting a 2.8-litre twin-turbo V6. The 4S and Turbo get 20 hp and 30 hp more, respectively, than the outgoing model. These engines are mated to an 8-speed dual-clutch transmission (PDK II), and they are said to be 16% more fuel-efficient according to the New European Driving Cycle. The Turbo comes with cylinder deactivation technology, which shuts off 4 of its 8 cylinders when you’re not pushing it. Both models will be equipped with all-wheel drive as standard. 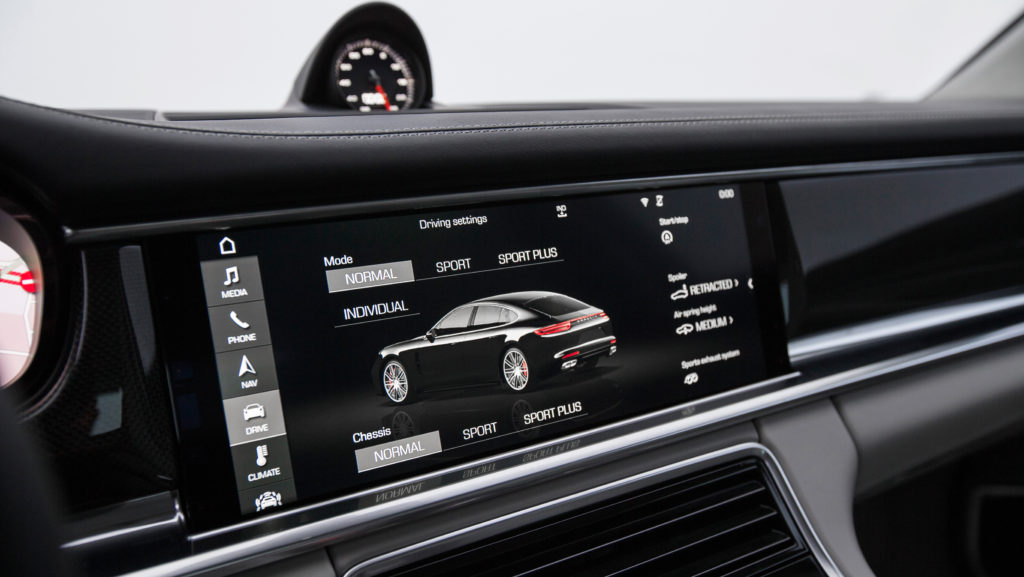 Changes inside look neat as well. The instrument binnacle features a centrally mounted analog tachometer, but rather than traditional dials either side, it is flanked by two 7-inch displays offering a wealth of driver information. The center stack features a 12-inch touchscreen display with Apple CarPlay connectivity. 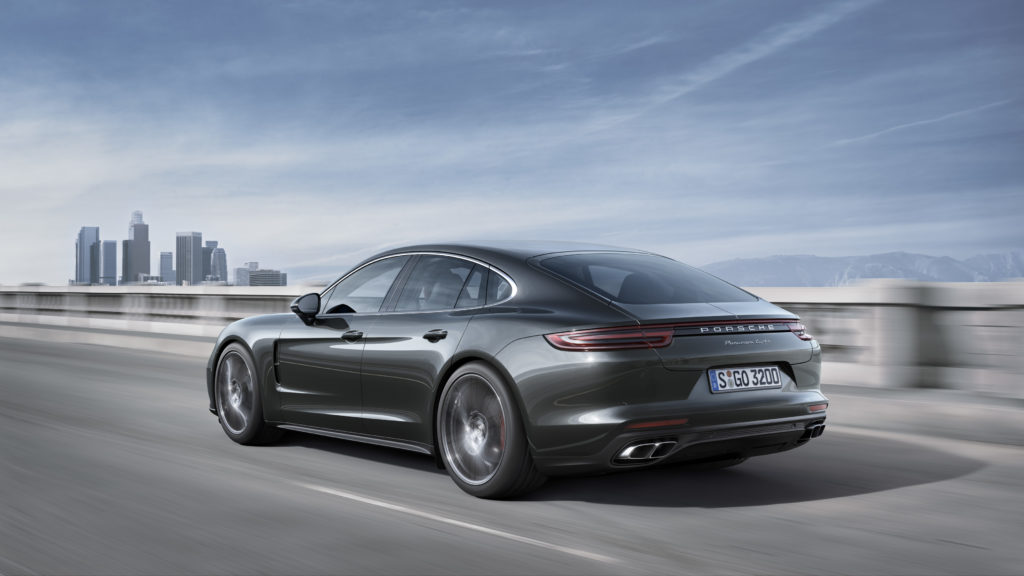 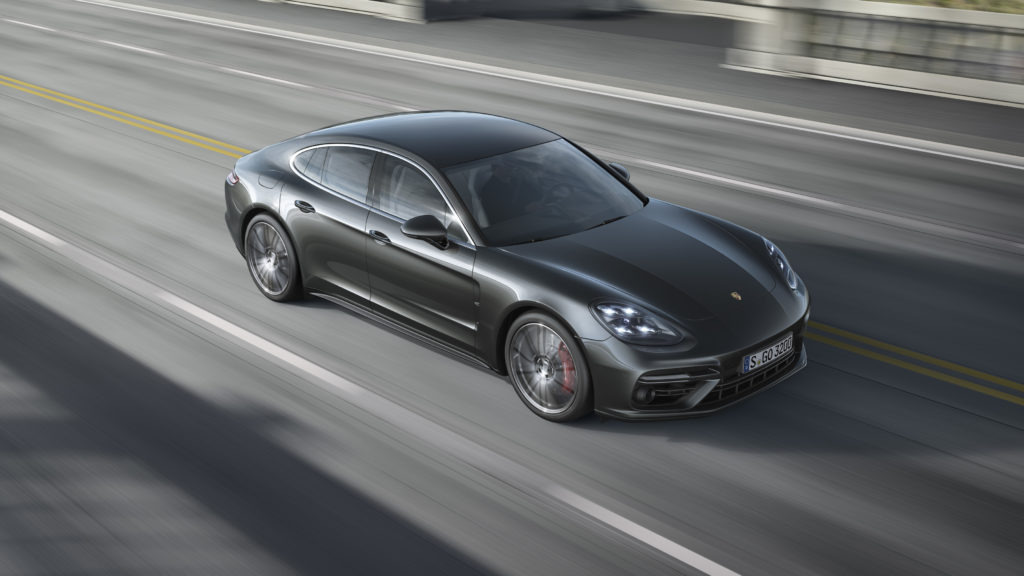 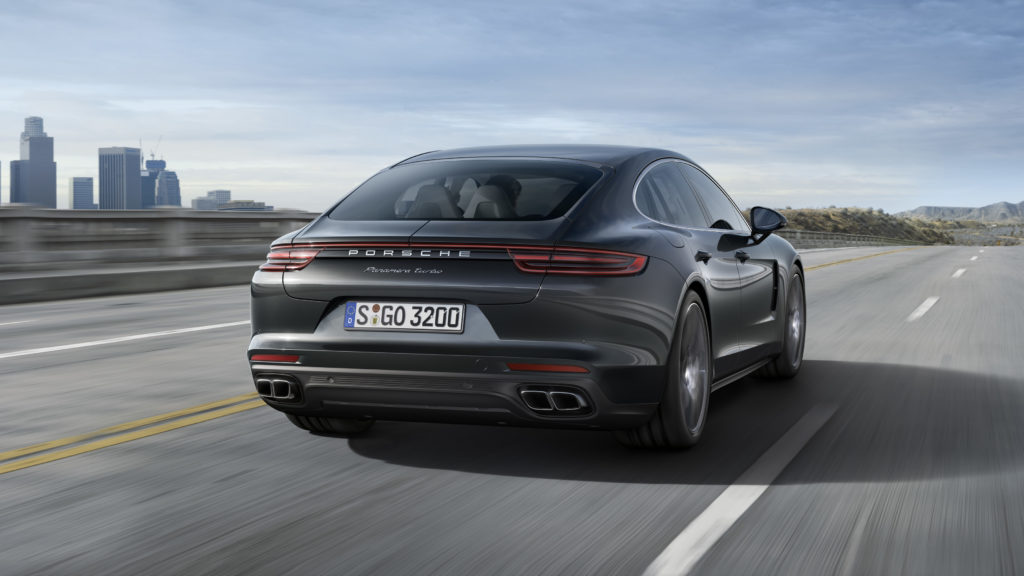 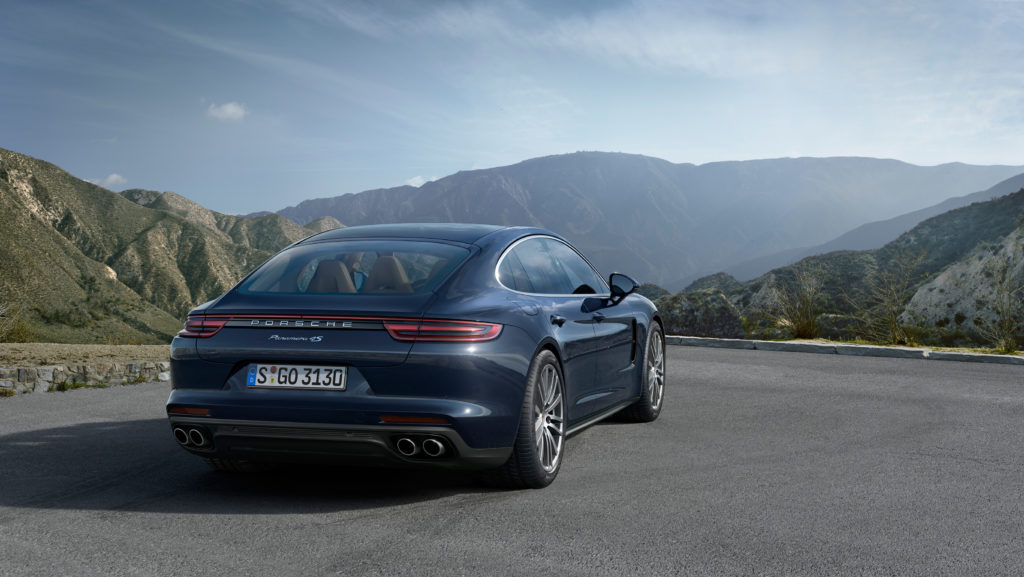 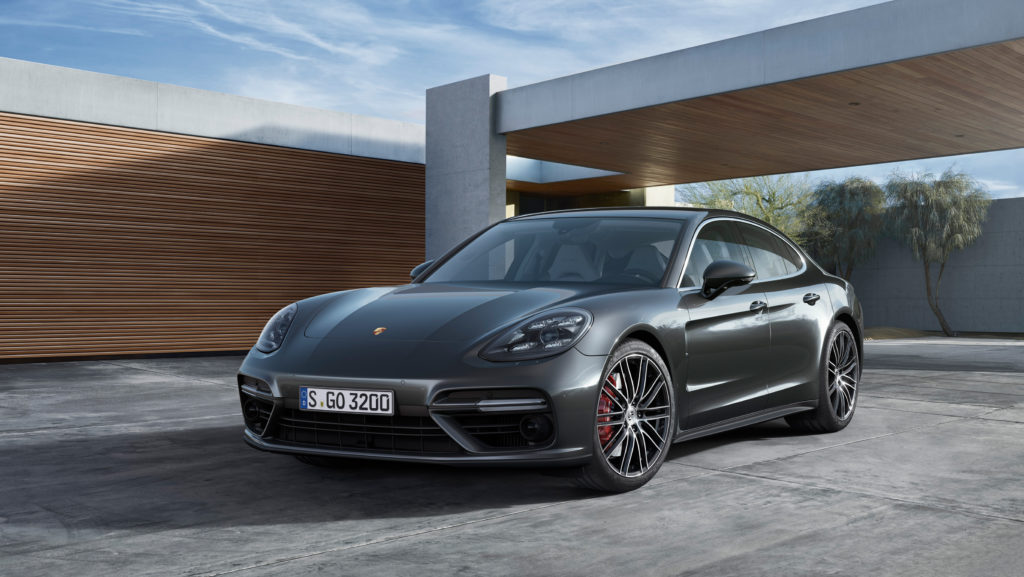 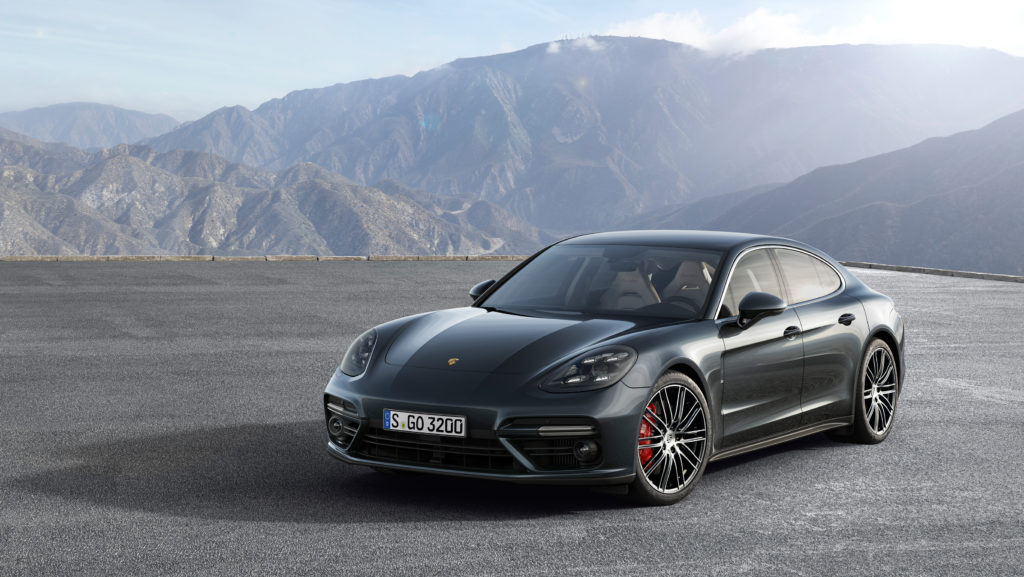 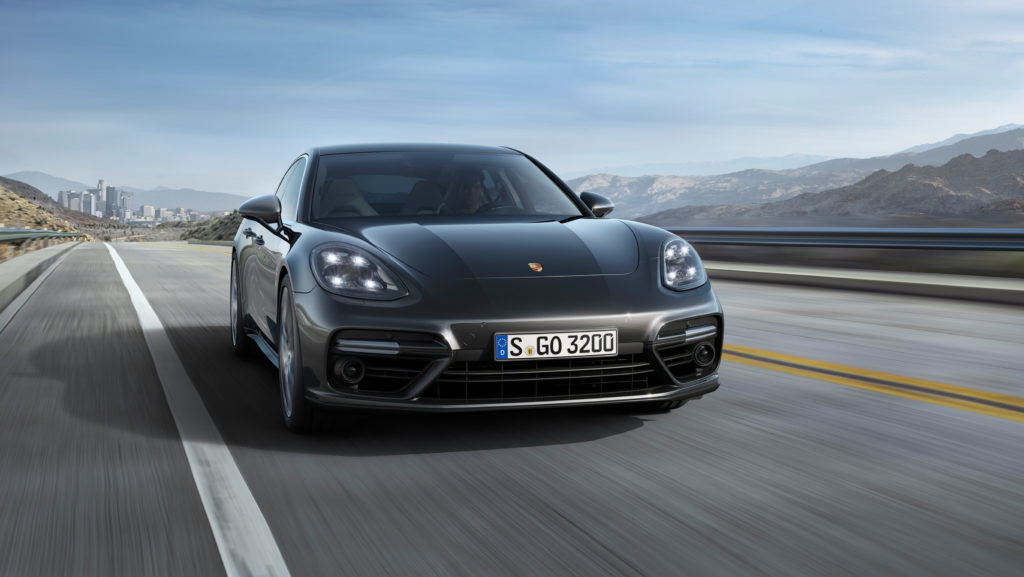 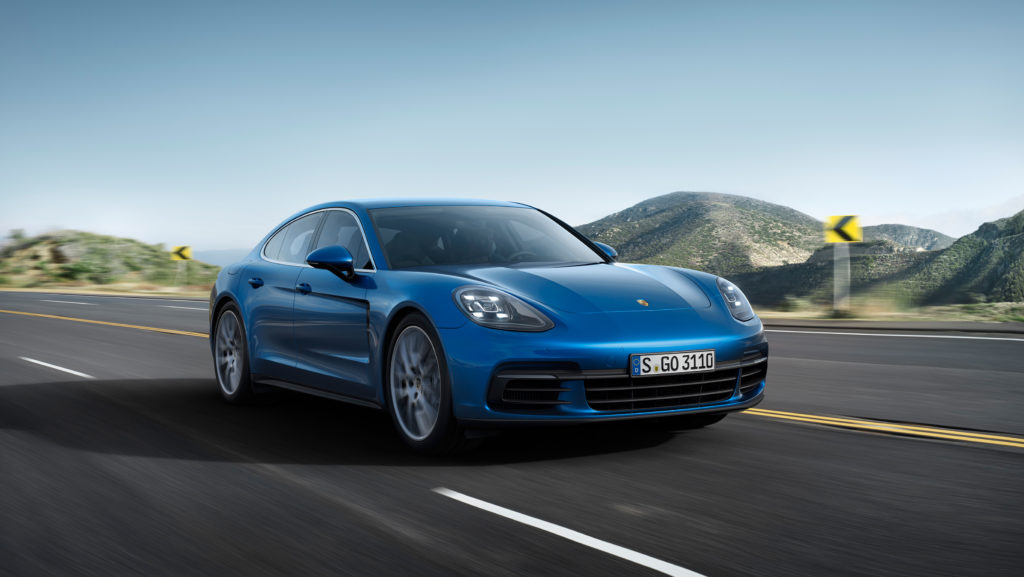 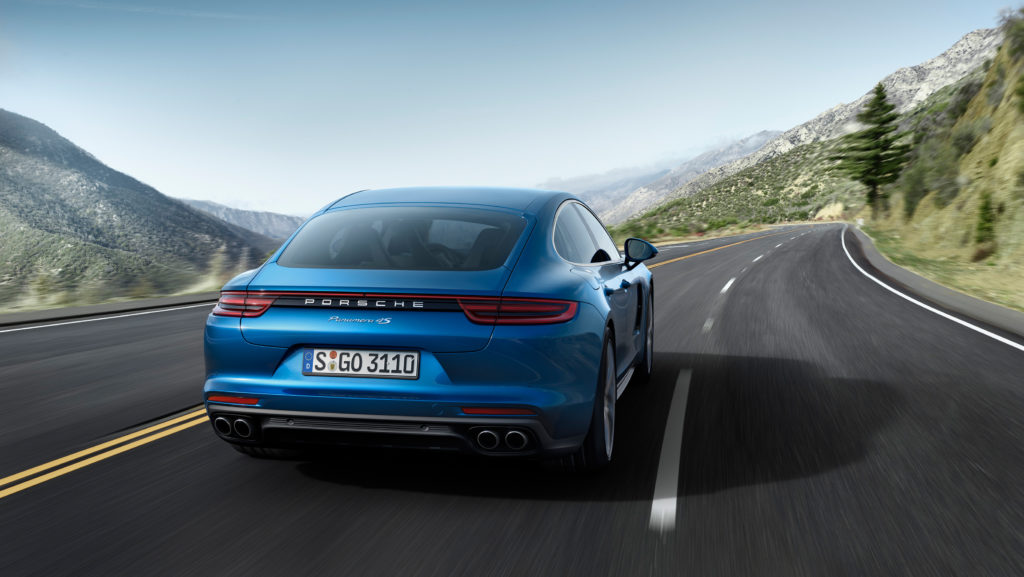 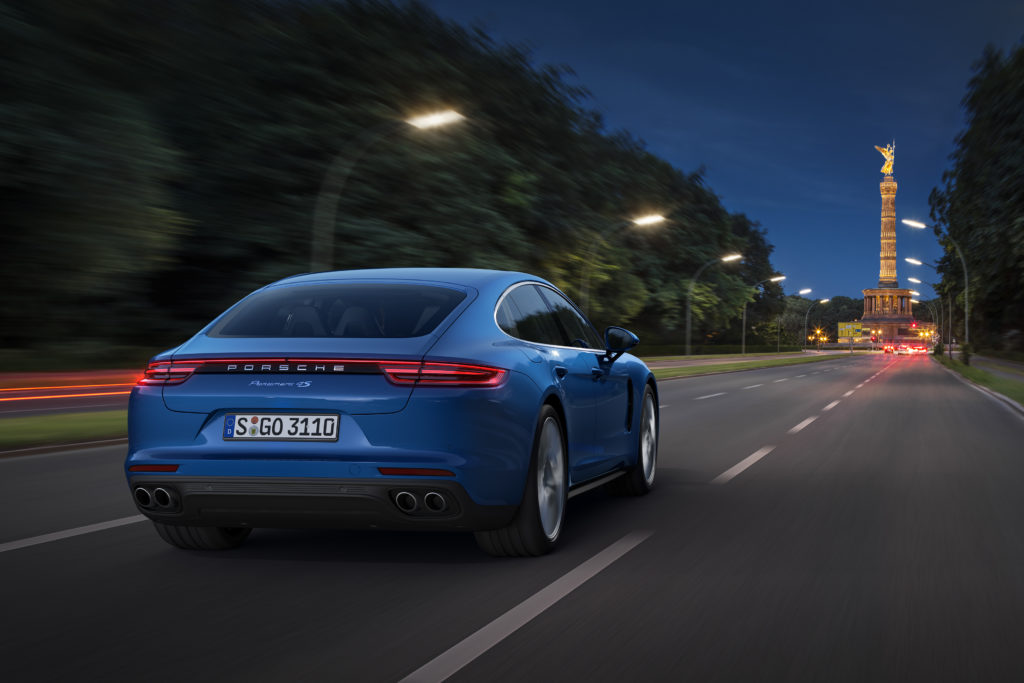