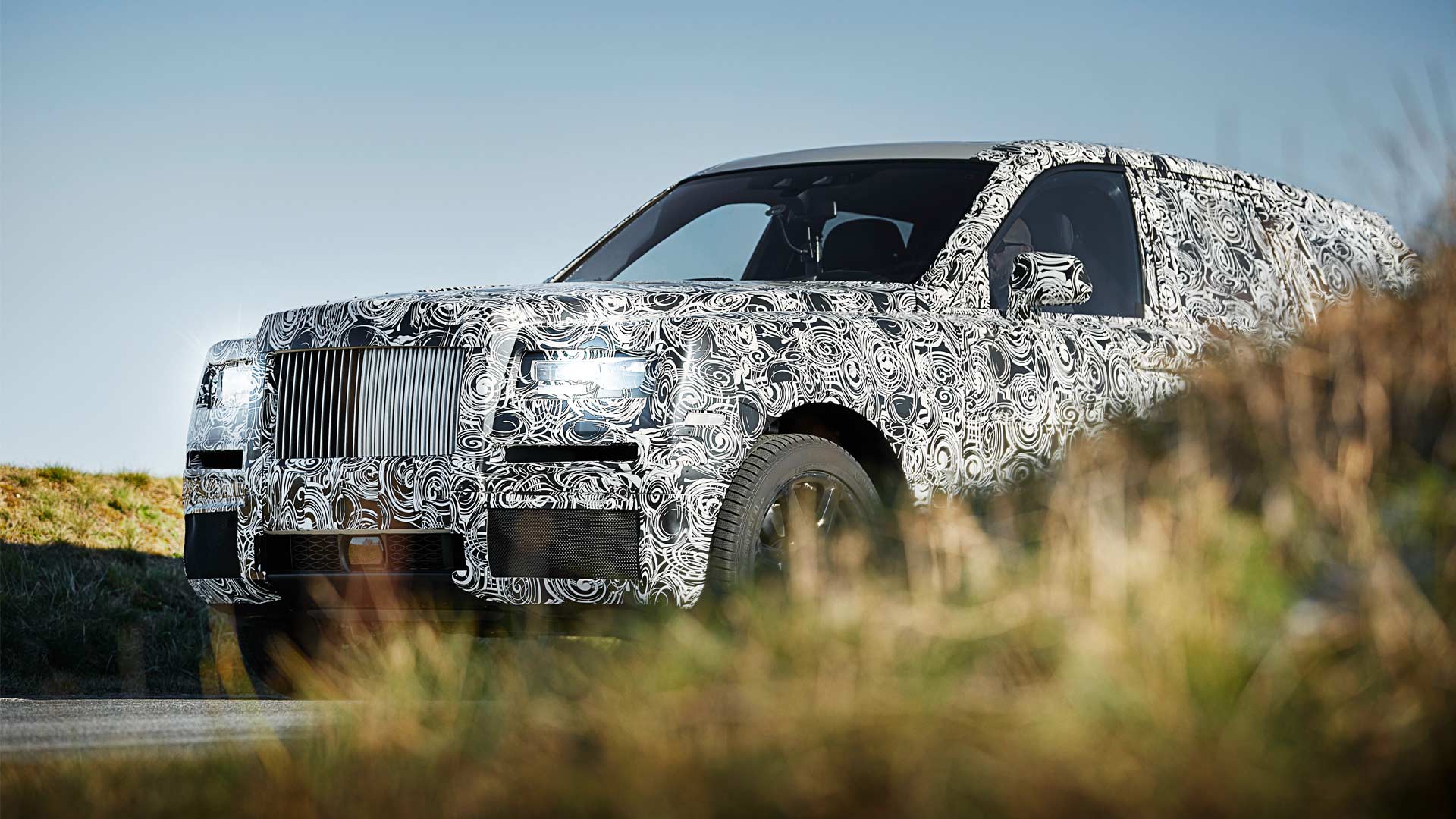 It was no secret that Rolls-Royce was developing an SUV, when an engineering mule was spotted winter testing in the woods early this year, disguised as a high riding Phantom. Not much was known then, Rolls just said – “high-sided  all-terrain vehicle” with a promise of magic carpet ride, avoiding the term “SUV”.

Now though, there are some official details and couple of teaser photographs. According to Rolls, the project was conceived back in 2015. This latest development vehicle will travel to numerous locations around the world in a challenging testing programme to ensure that the end product will be ‘Effortless … Everywhere’, says Rolls. Just after Christmas, for example, Project Cullinan will enter the Arctic Circle to undergo cold weather durability and traction testing. Later in 2017, it will travel to the Middle East to endure the highest of temperatures and challenging desert conditions.

“This is an incredibly exciting moment in the development of Project Cullinan both for Rolls-Royce and for the patrons of luxury that follow us around the world,” comments Torsten Müller-Ötvös, Chief Executive Officer, Rolls-Royce Motor Cars.

“Bringing together the new four-wheel drive system and the new ‘architecture of luxury’ for the first time sets us on the road to creating a truly authentic Rolls-Royce which, like its forebears, will reset the standard by which all other luxury goods are judged.” He added.

Although its too early to comment on its powertrain, it will most likely pack a reworked version of the 6.75 litre V12, and a satellite aided transmission.

In case if you are wondering, “Cullinan” is a name of a Diamond, originated in South Africa, and is now owned by Queen Elizabeth II.